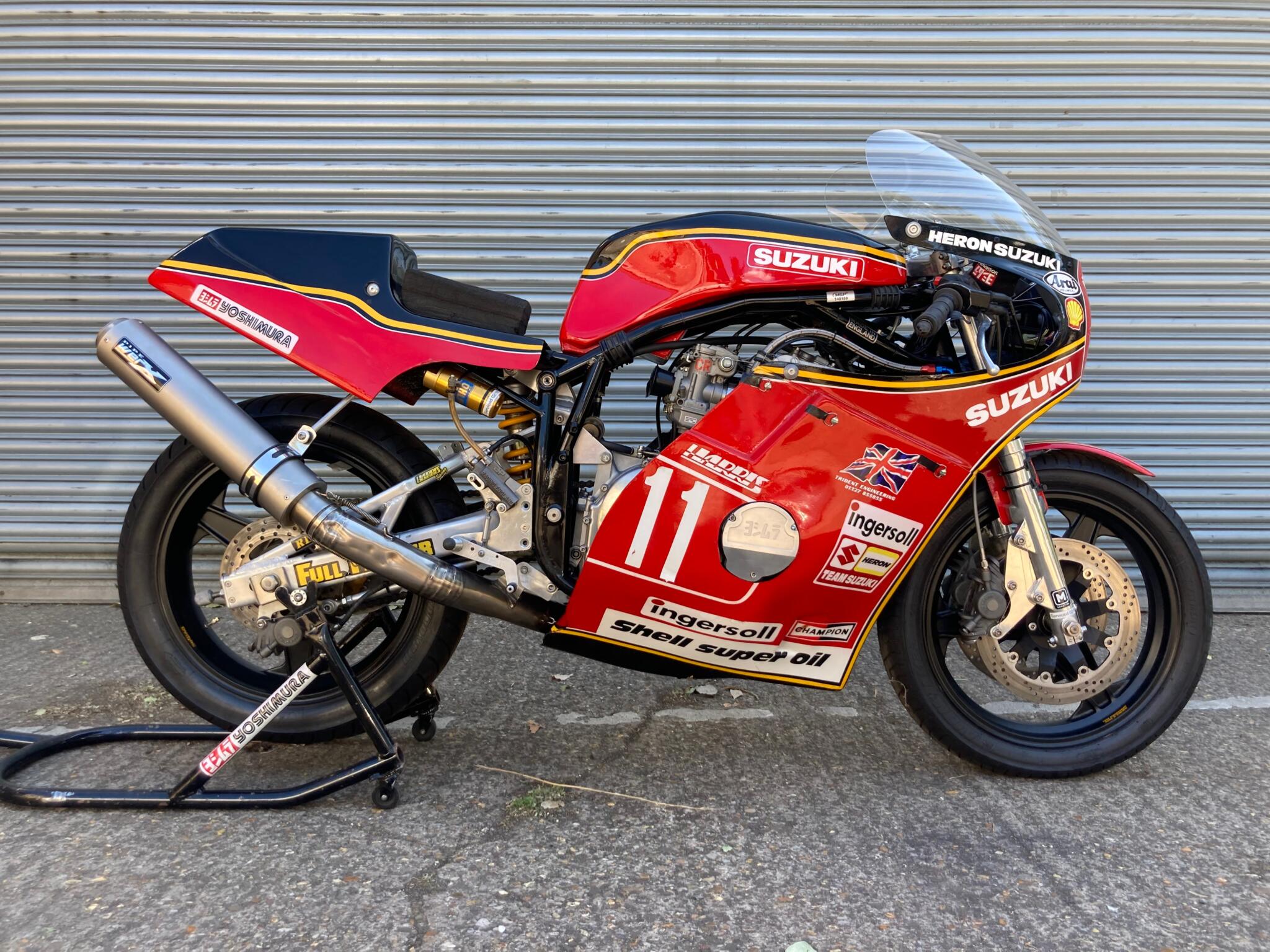 One of just five XR69 frames made at Harris Performance in about 1980, and copied from a factory bike 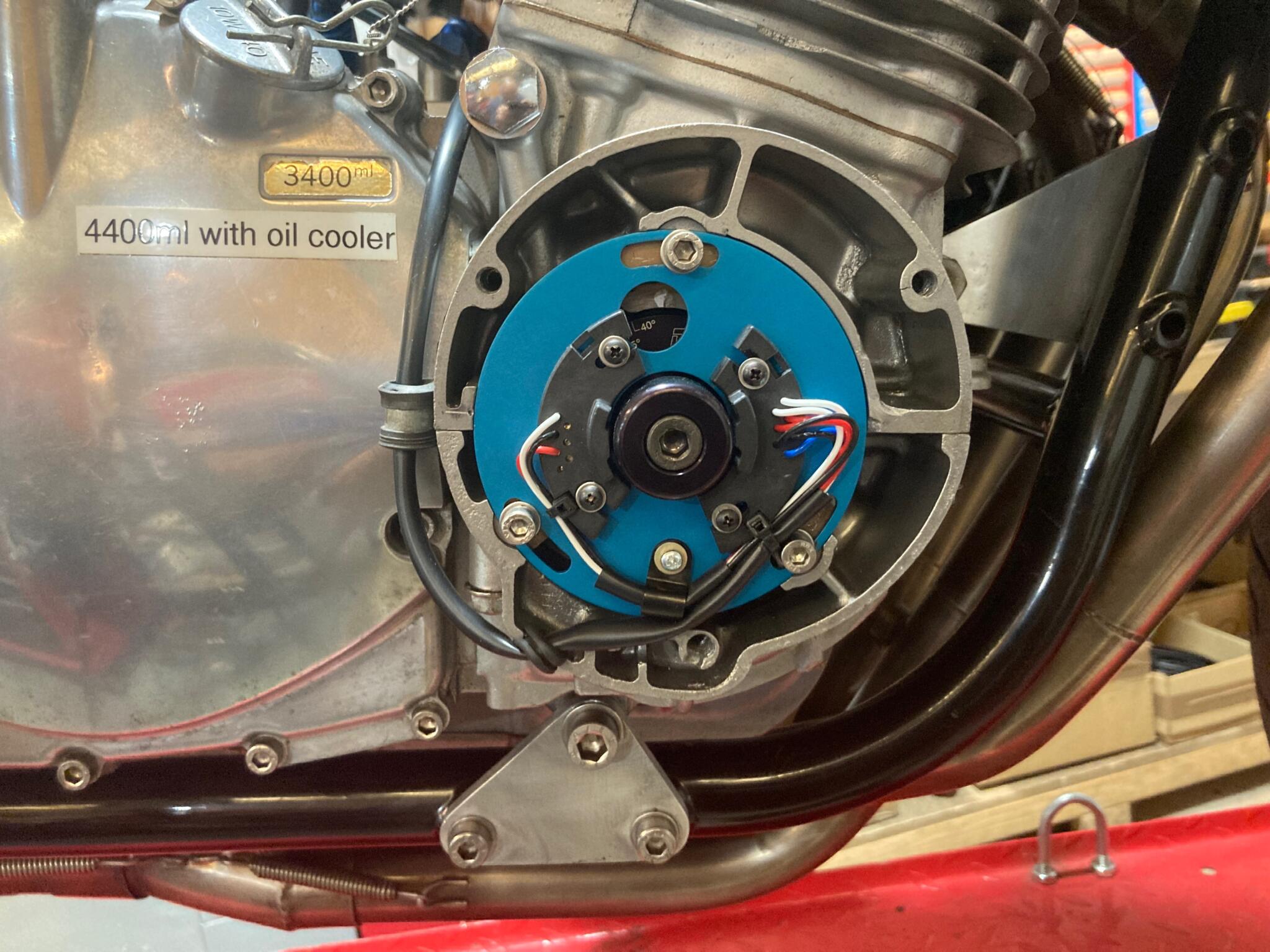 Dyna 2000 ignition triggers are easy to set up 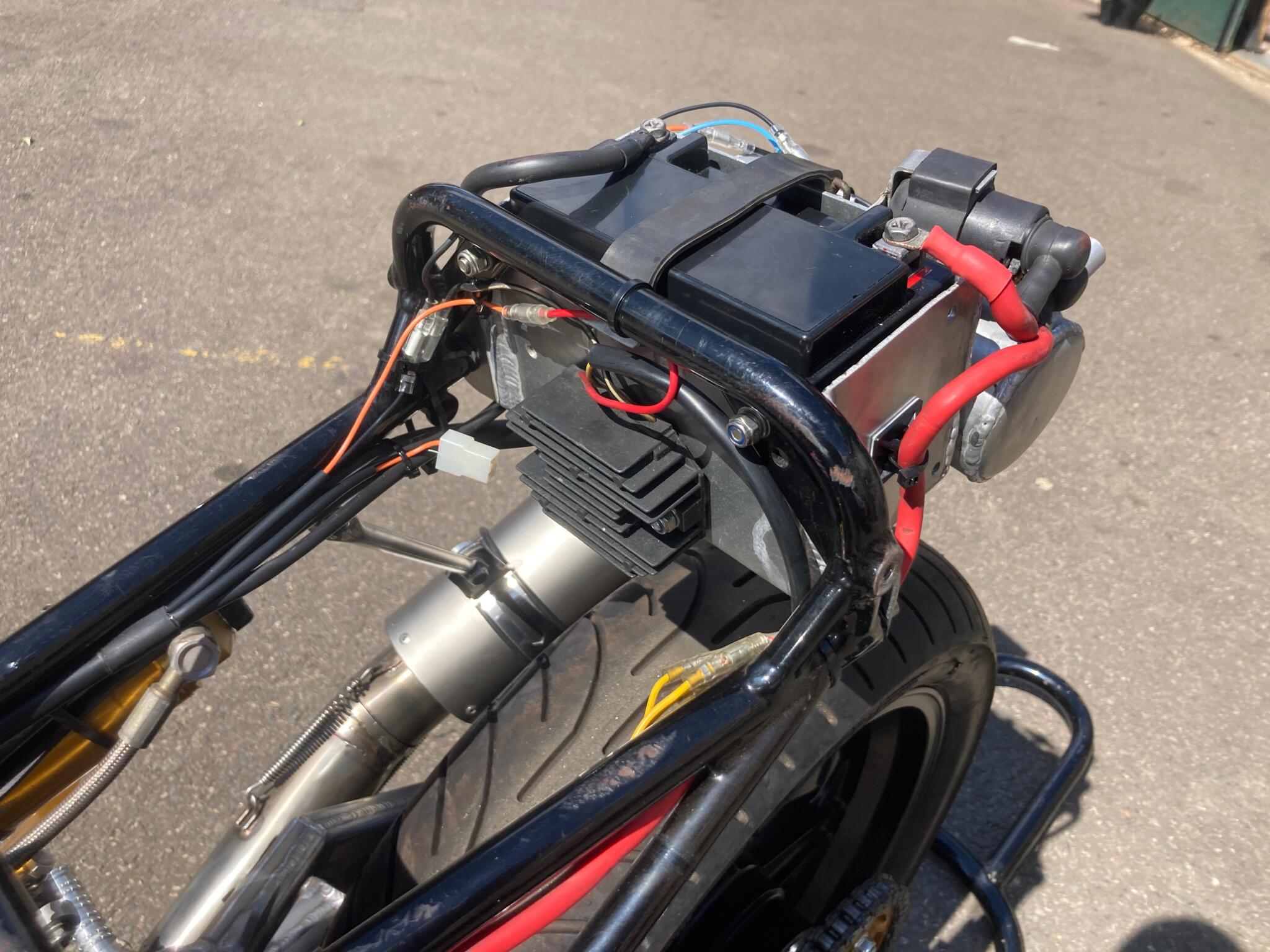 There’s quite a lot of gubbins hung out at the back: solenoid, battery, oil breather, reg rec 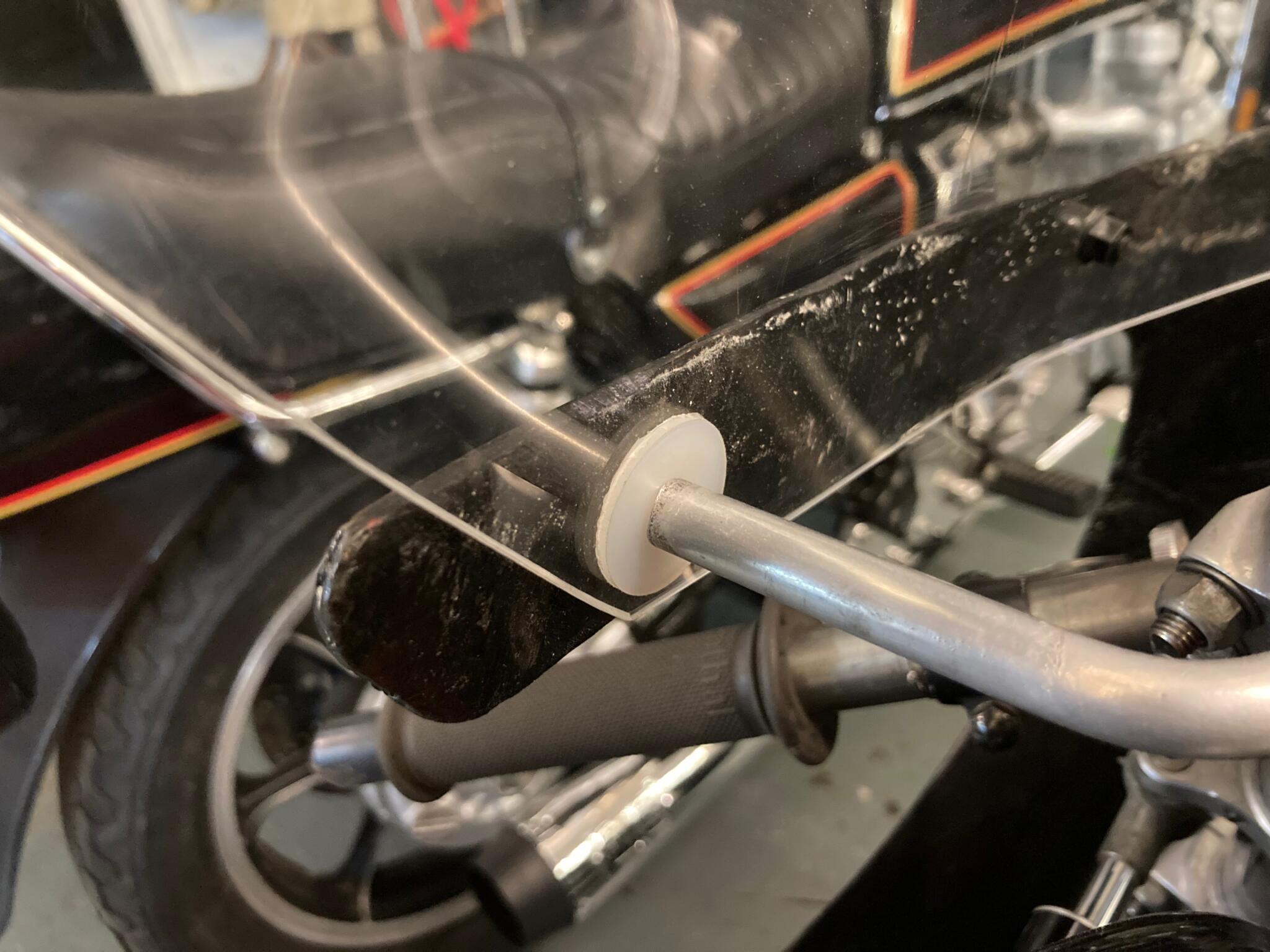 Julian reports that this is one of five replicas built for Suzuki GB by Harris Performance in 1979/80. Suzuki lent Harris Roger Marshall’s factory XR to copy, and the result is as superbly executed as everything Harris did.

The bike has been raced at the Isle of Man by Maria Costello and Conor Cummings. (I suspect by the height of the seat foam that Conor was the last rider…).

It’s as raw as race bikes get, with hardly any steering lock, a crippling riding position and well-worn fibreglass.

The existing loom was well built but a bit tired: it didn’t have an on/off switch or a fuse. Julian wanted a track day bike that would be electrically reliable, and provided a Dyna 2000 ignition with the all-important rev limiter. He also wanted the option of disconnecting the charging system for minimum weight.

To fit the Dyna I engaged the services of the brilliant Simon Martin, who worked at Harris just after this bike was built. He did the bracket in double quick time and Julian was delighted with it. So was I.

Because I’ve been a race mechanic I like trying to build a loom that is tough, easy to strip off and easy to reassemble when you are in a high pressure situation. It’s also good to try and improve the fit of components that have been knocked about over the years.

Bikes with this much history are a privilege to work on. 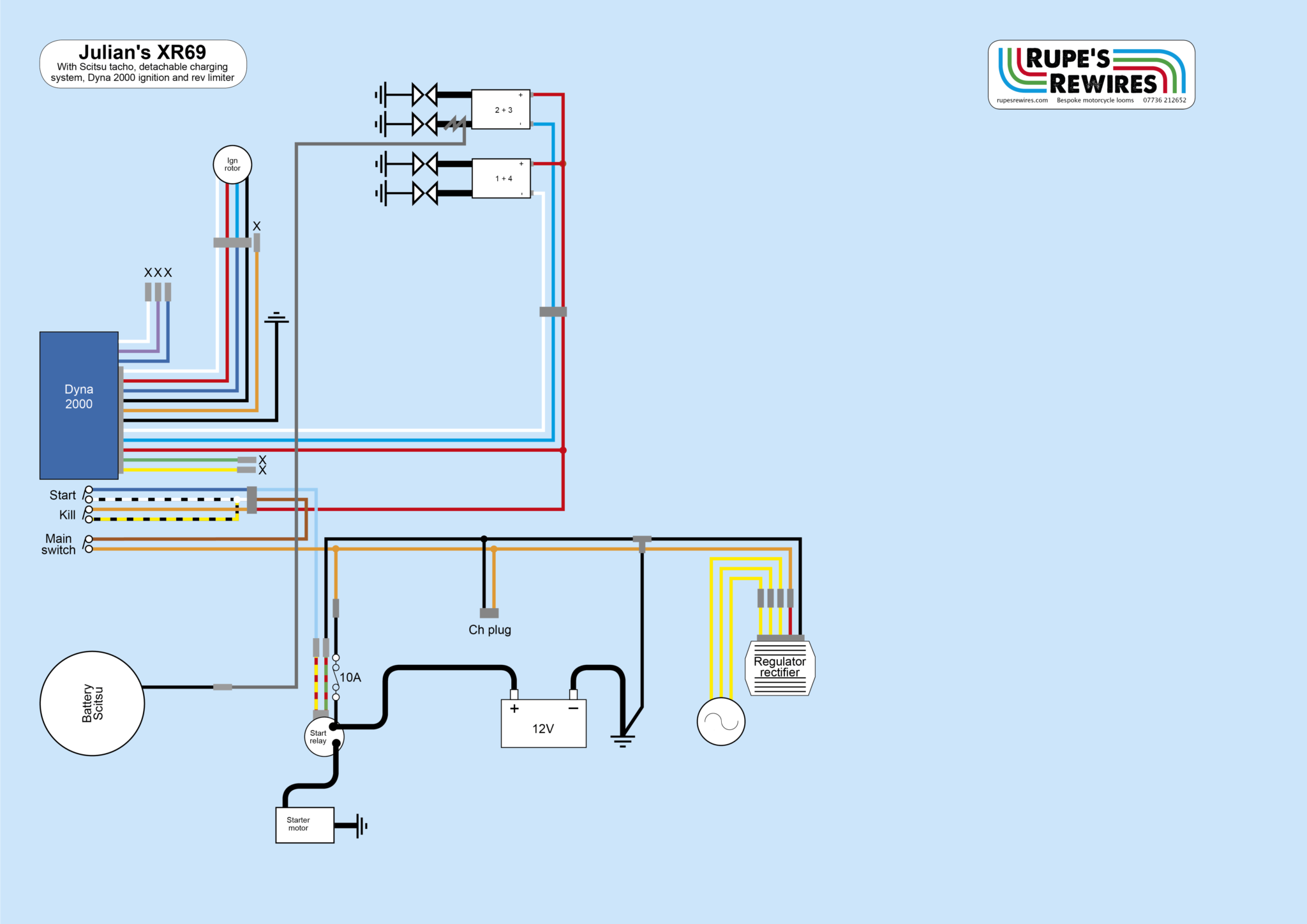 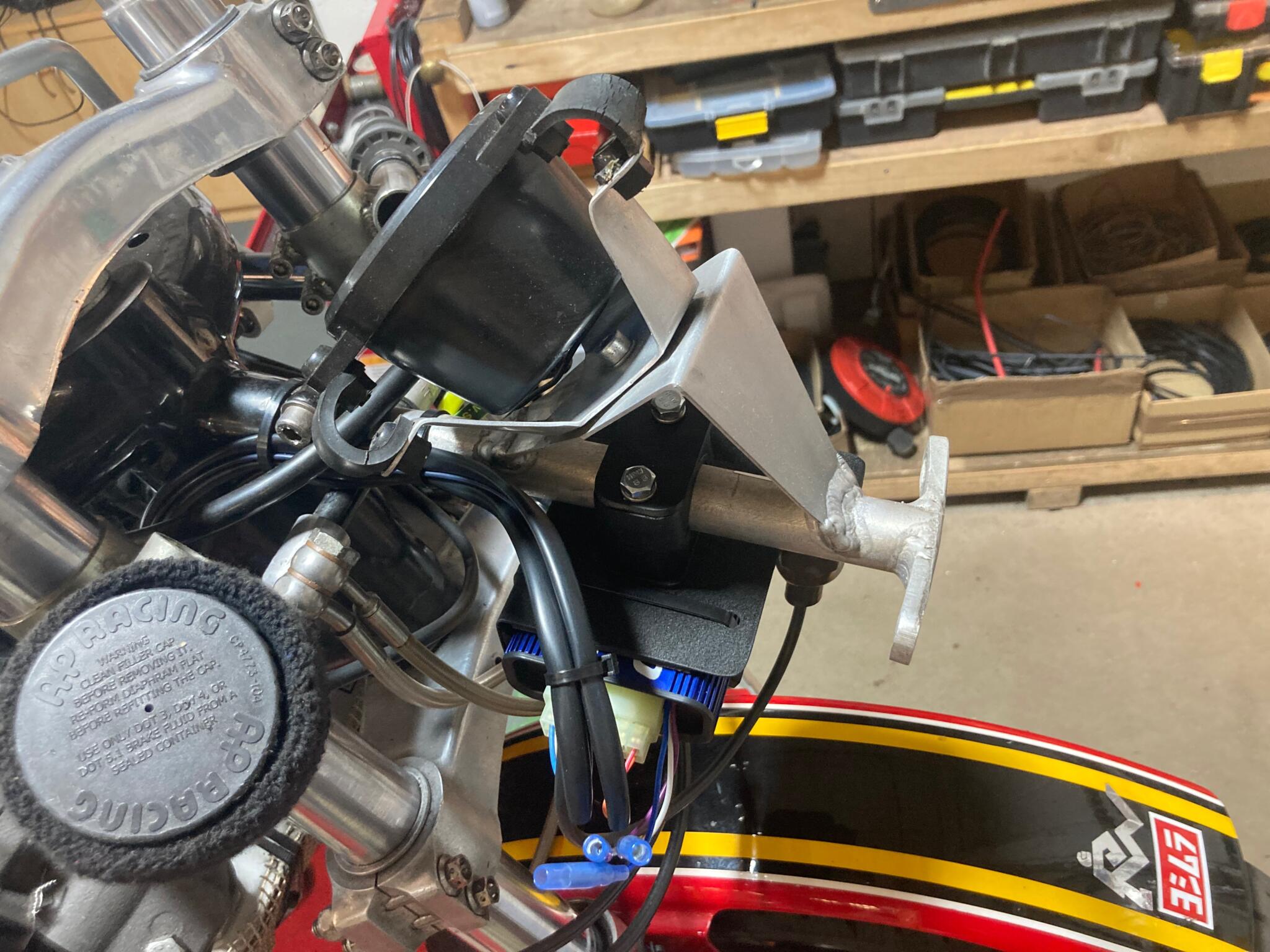 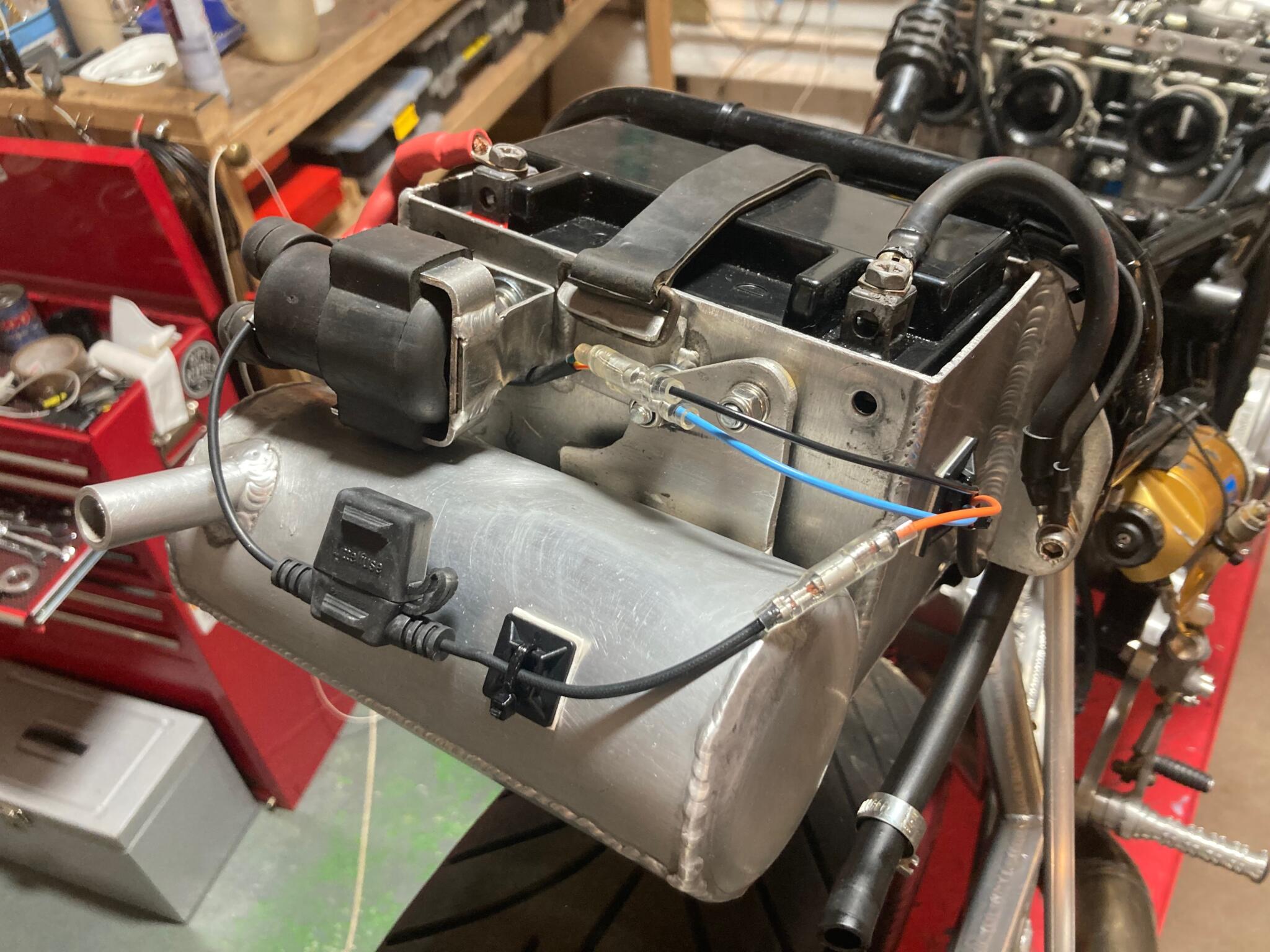 Fuse is dead easy to change 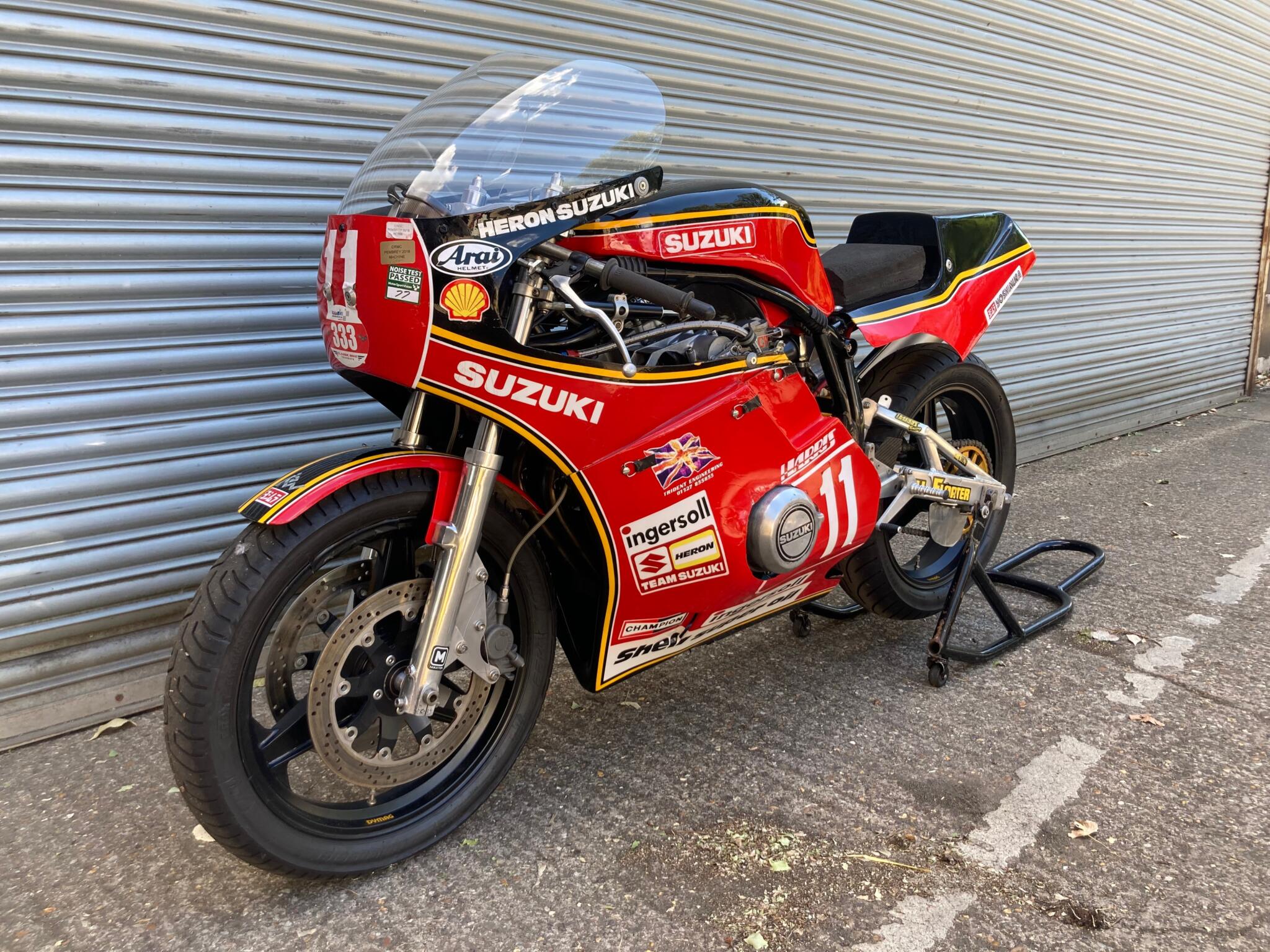