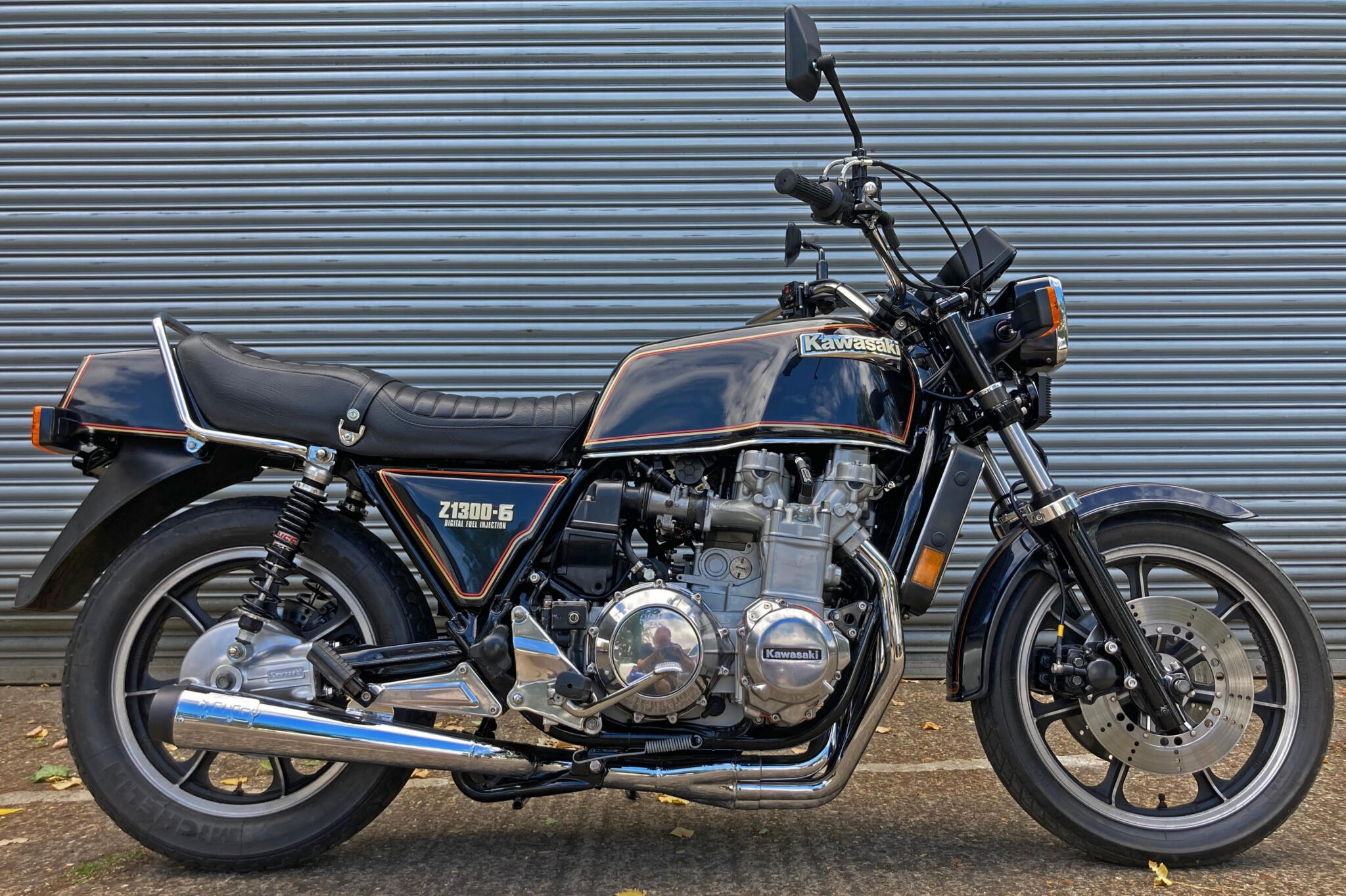 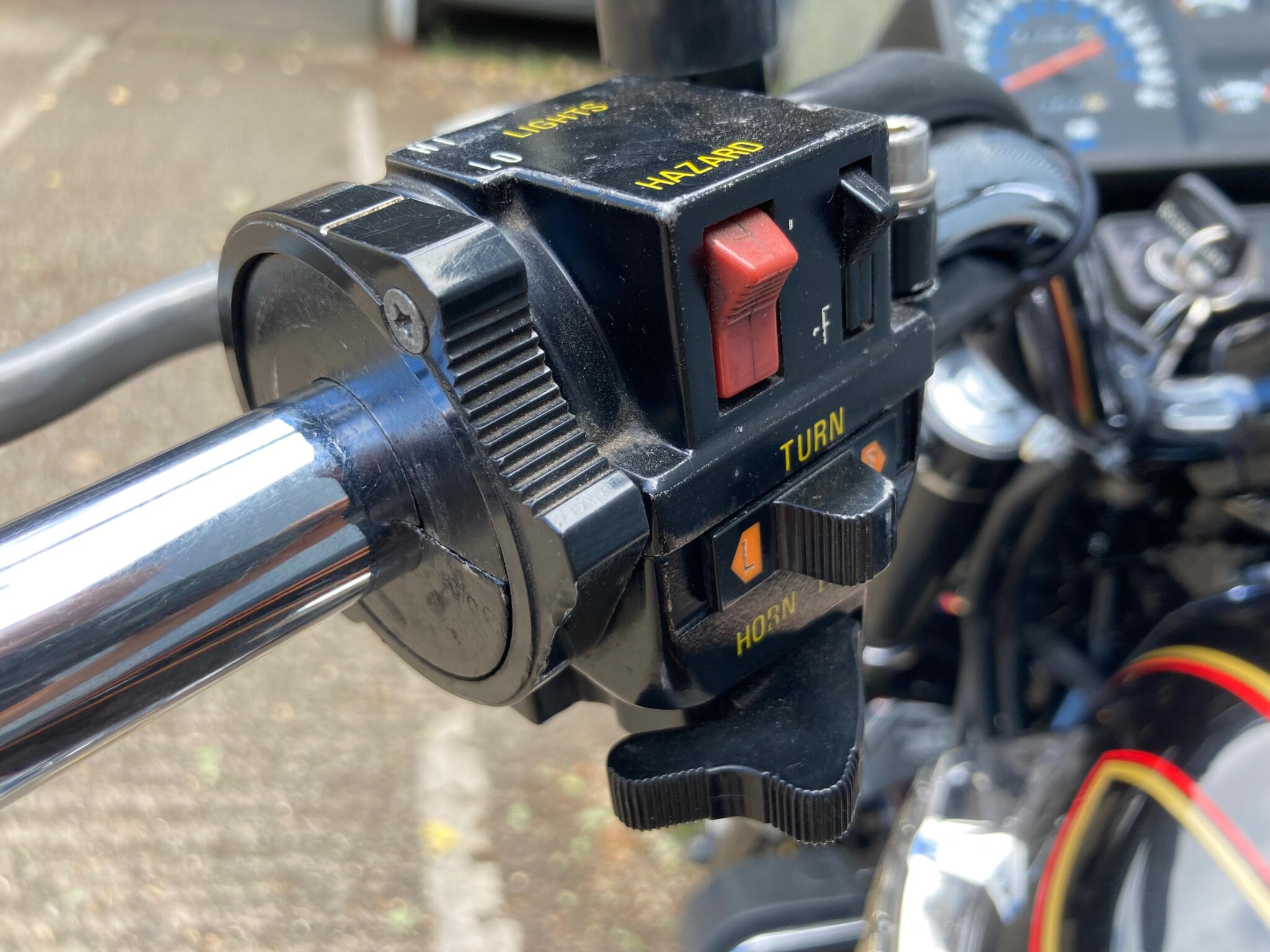 Apparently the handlebar switches are unique to the Z1300 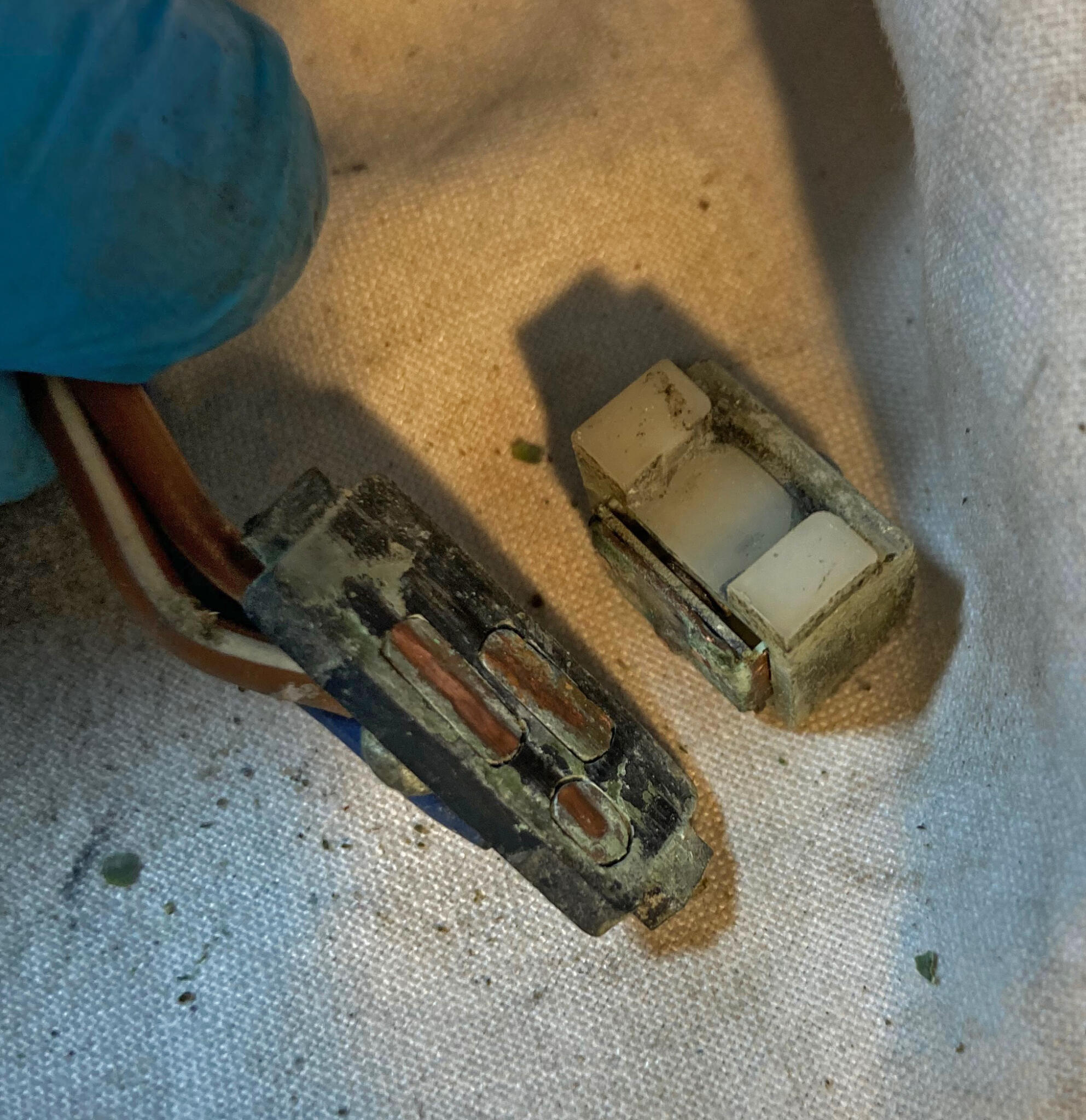 And here’s how they looked inside. I think this is dried-up grease 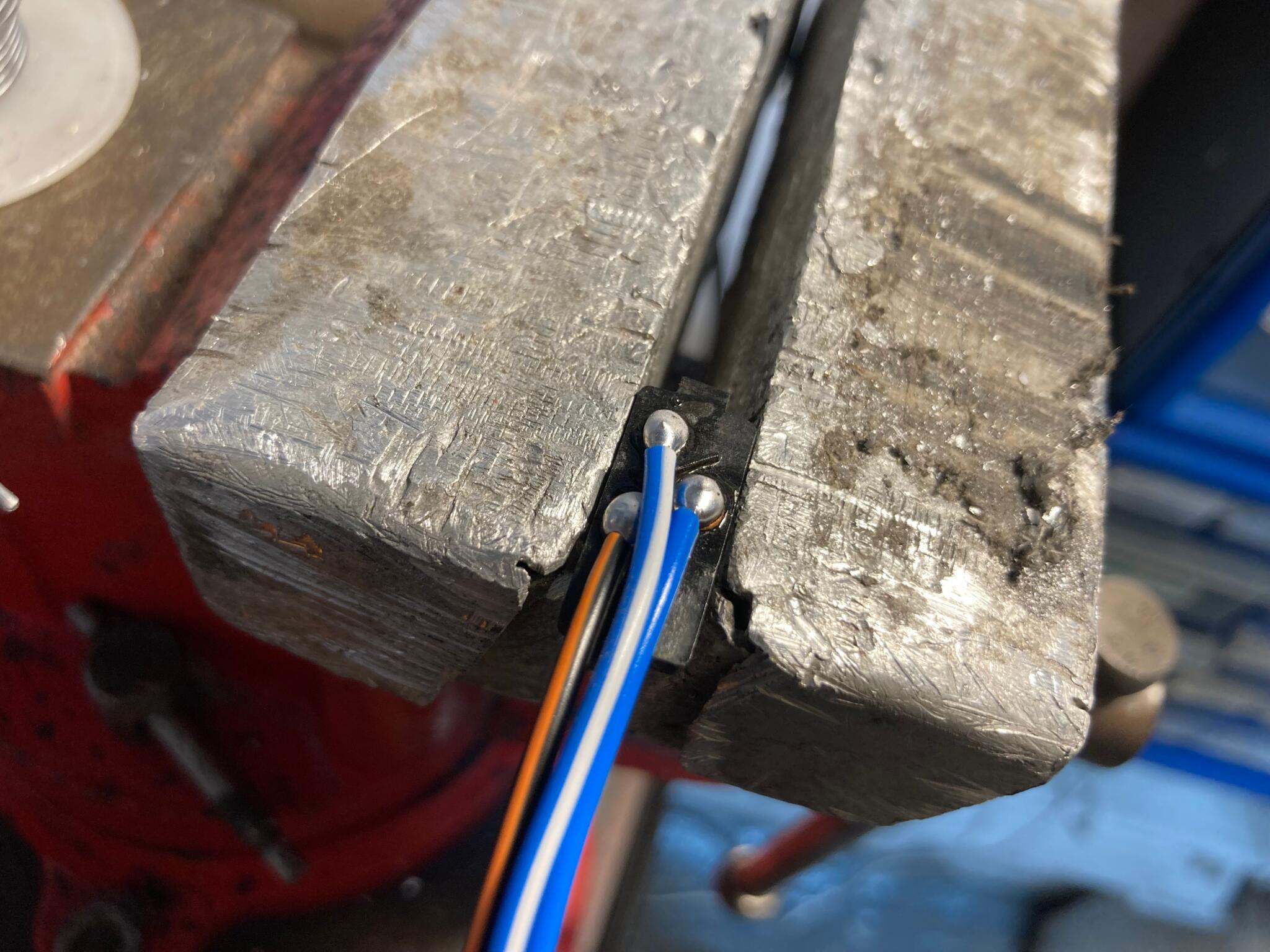 Most of the old wires were kaput so I replaced them

Along with the Aprilia RSV Mille I did last winter, this sensational Kawasaki six is the most difficult bike I’ve done.

The wiring diagram doesn’t look too bad, but that’s because (with Andy’s encouragement) I’ve dramatically simplified it over the original. The standard loom had everything here plus the delights of self cancelling indicators, even more relays, a massively complex parking/security arrangement, and warning systems for bulb failure and low oil level. But none of that really matters. The brain ache comes from the fact that on this huge motorbike there is so little room for the wiring.

This is because Kawasaki brought it out as a carb bike, then moved it to fuel injection without redesigning it. So they had to cram in all the extra gubbins into a tiny amount of space. The ECU only just fits under the seat.

You can tell it’s a very early fuel injection because all six cylinders get a squirt of petrol simultaneously – what’s called batch firing. If you think that sounds crude, you’d be right. But it works. Modern bikes inject each cylinder individually.

Andy had already built some of the loom himself before getting stuck and bringing it to me. He’d made a good job, but because of the need to simplify I couldn’t use any of his work. My aim, once I’d restored the switchgear, dash and lights, was to make the harness as slim as possible. That means using 11 amp cable where appropriate, or even 8 amp, rather than the usual 16.5 amp.

Andy wanted to keep the original ignition switch if possible, even though it was quite worn. So I used skinny cable for the switch, and got it to work a relay next to the fuse box. That saved the bulk of two 25 amp cables running all along the bike. It might not sound much, but it makes a big difference.

The bike fired up, but ran roughly. We suspected that the throttle position sensor needed setting. Andy was delighted anyway – he never imagined it would work so soon. 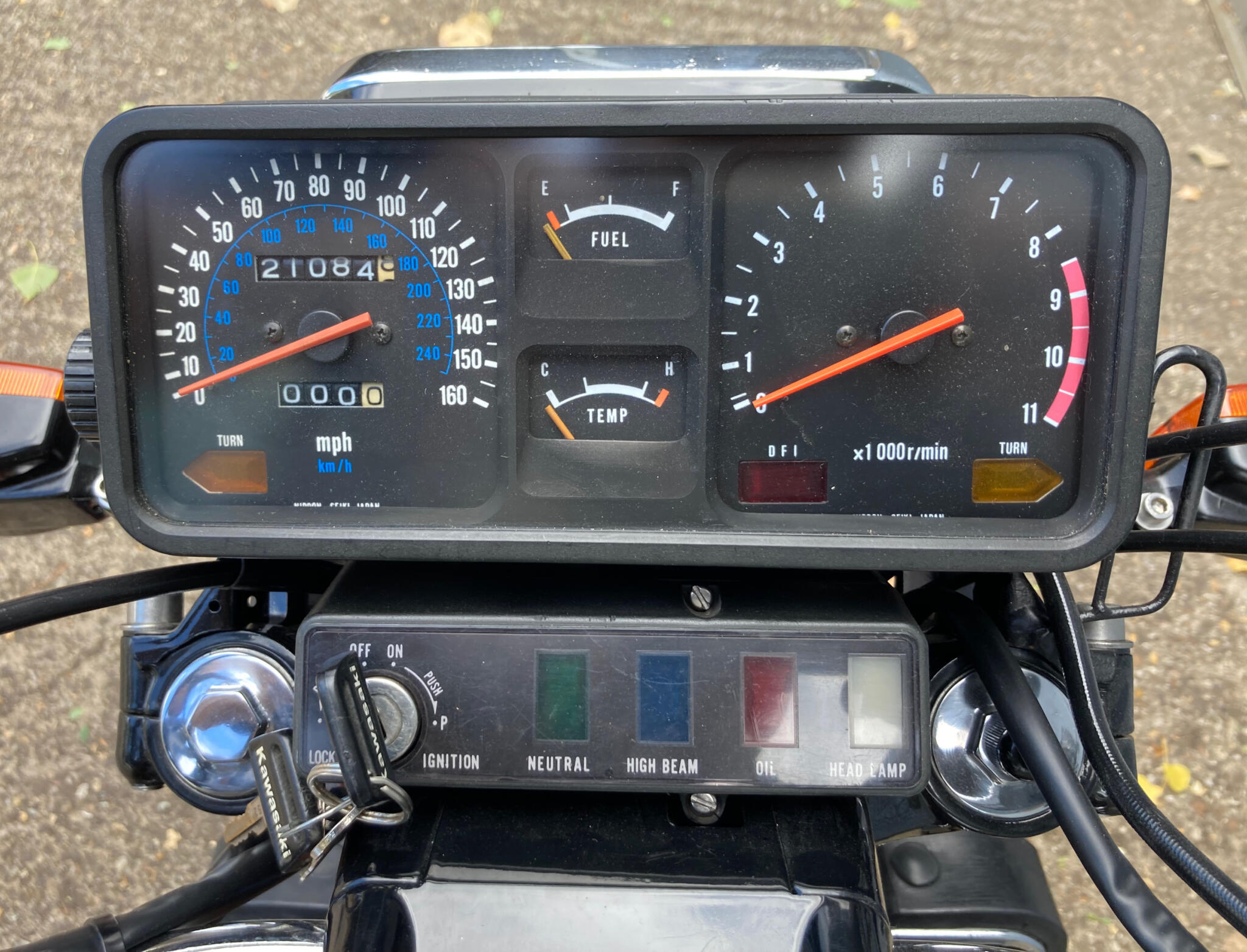 Spares are a nightmare on the Z13. The console is a mix of salvageable bits from two different bikes 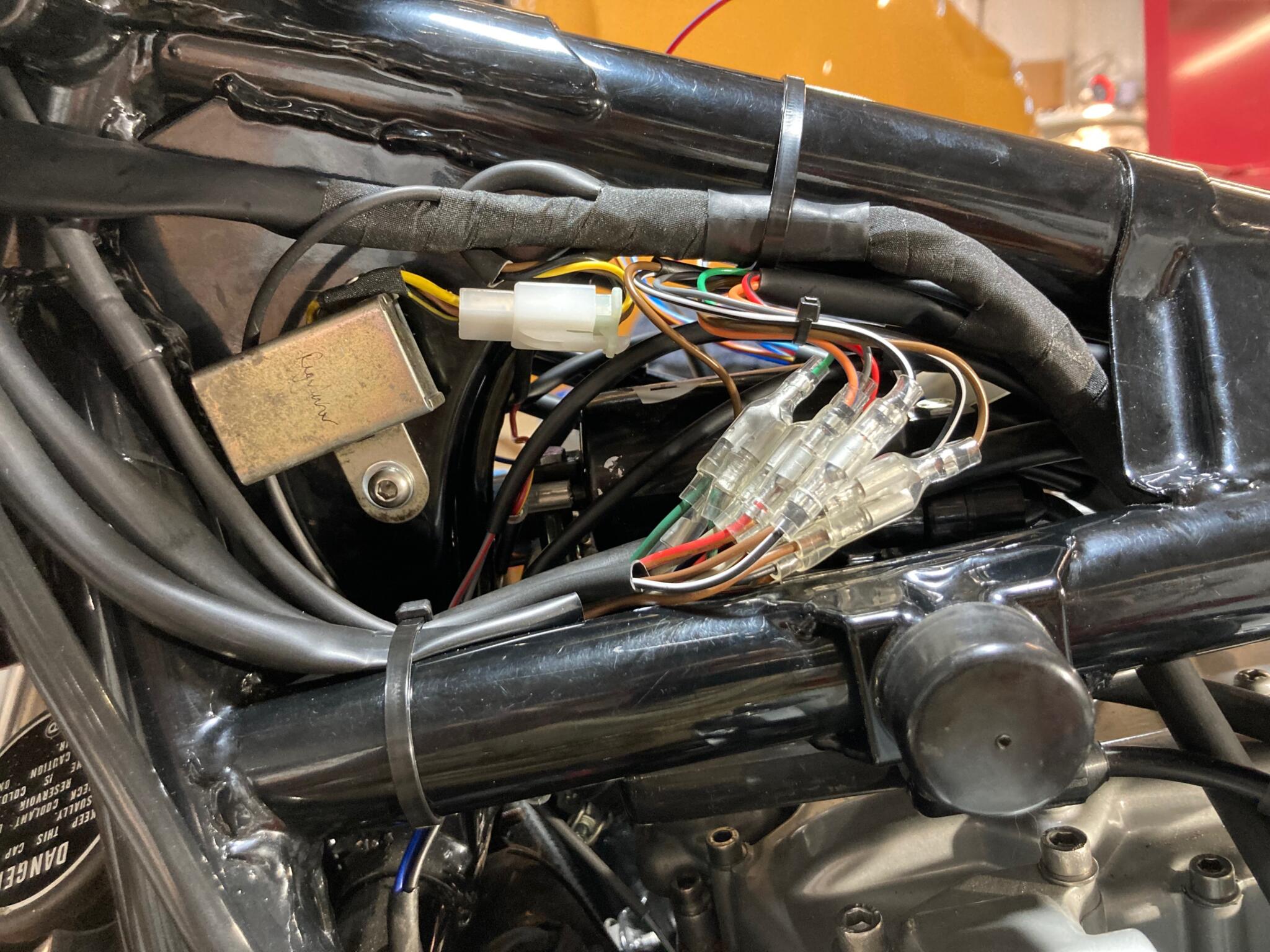 The left switch cluster halves had duplicate cables so it was easiest to join them here, using 2-1 bullets 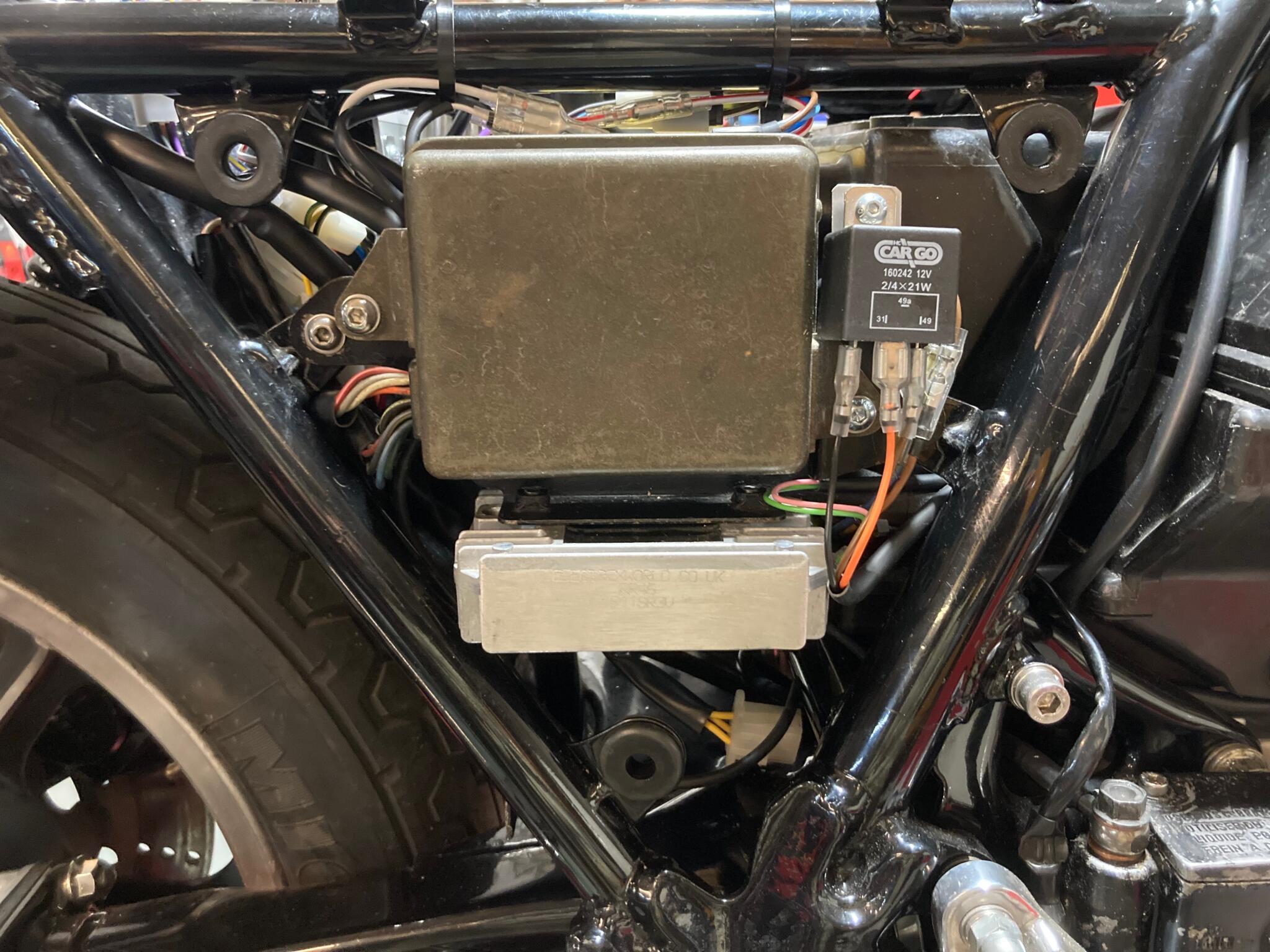 Under the right sidepanel once the loom was finished: ignition box, flasher/hazard unit, reg rec 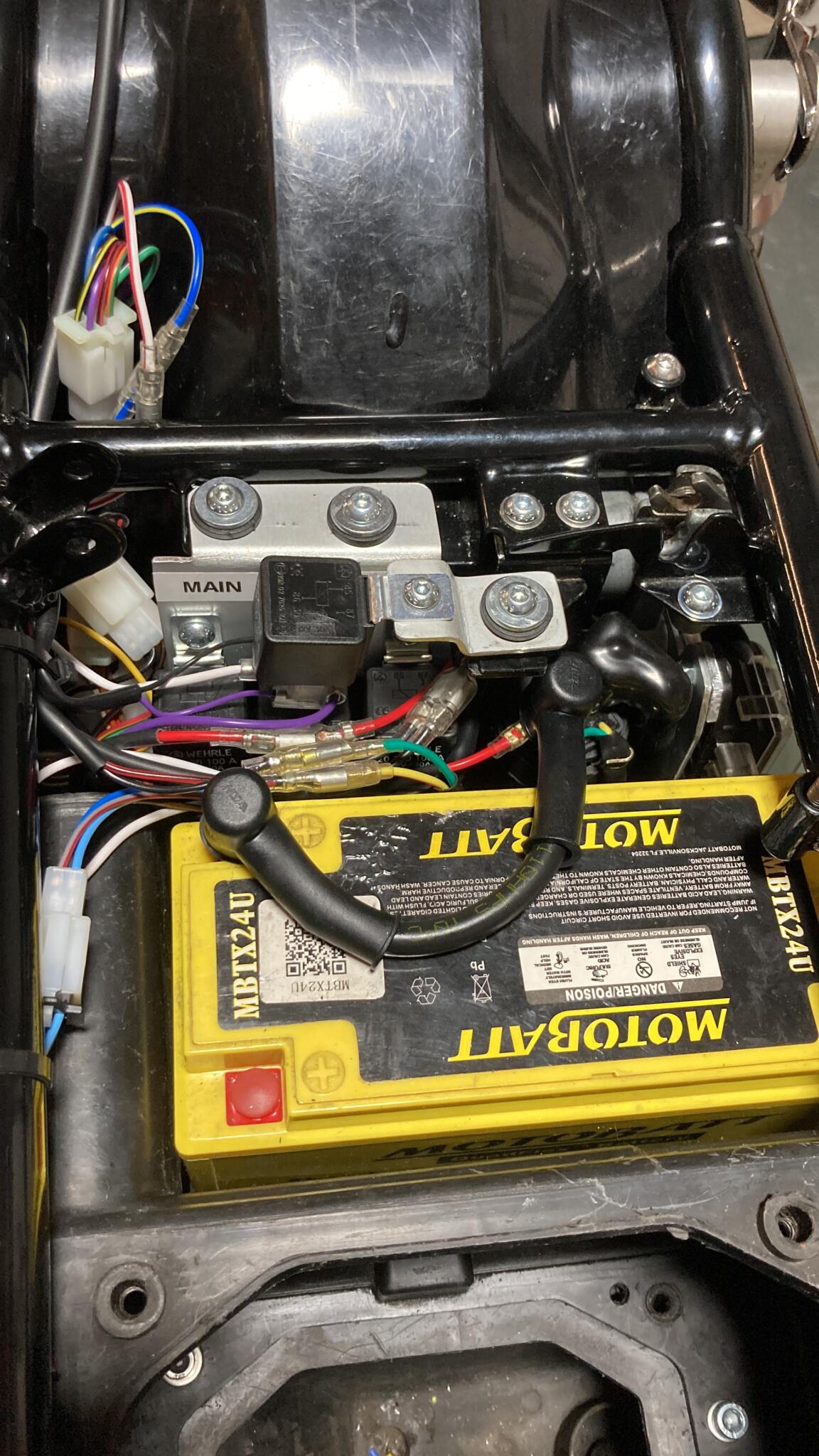 There is so little space under the seat. Planning this lot, and fabricating all the brackets, took hours