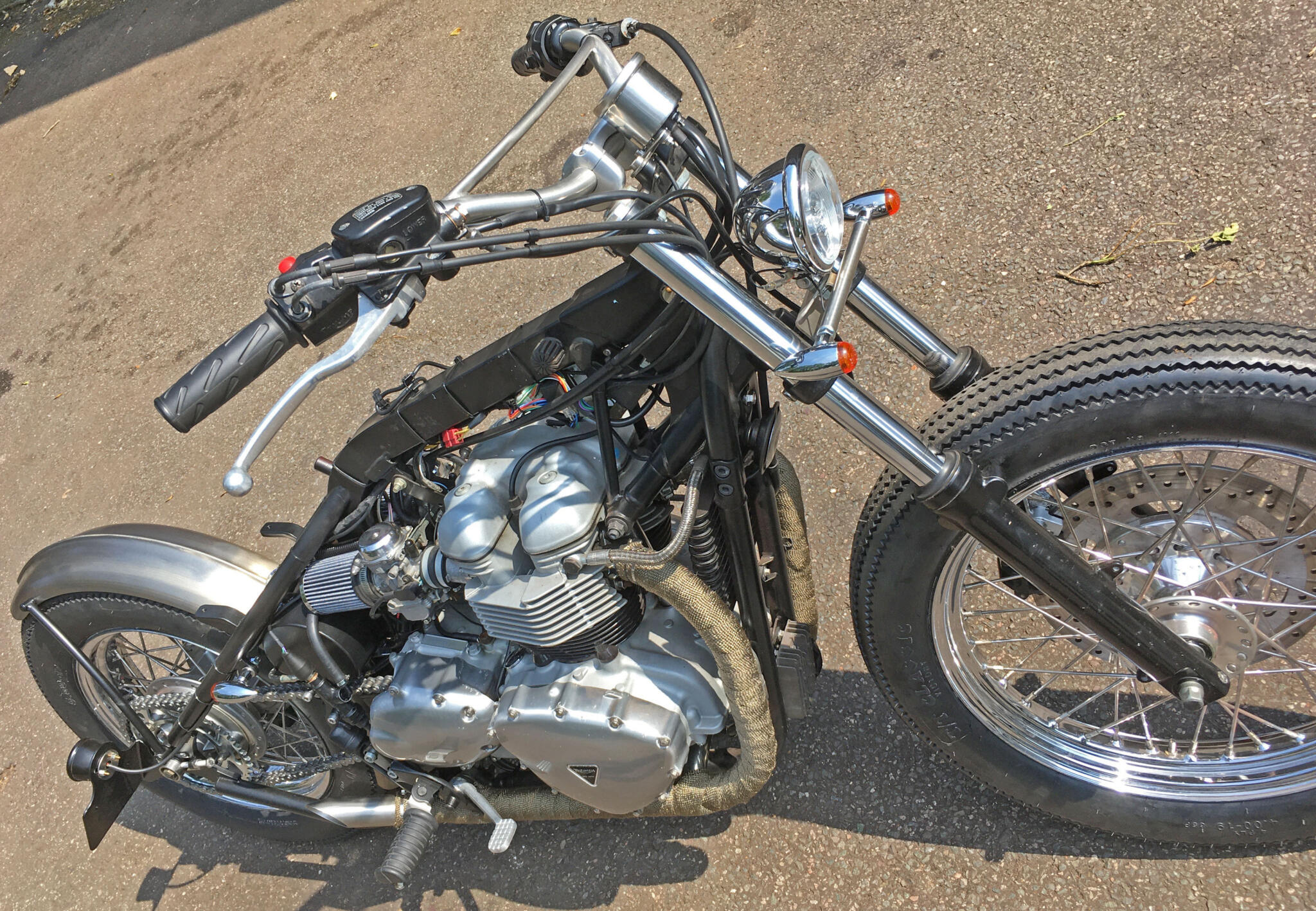 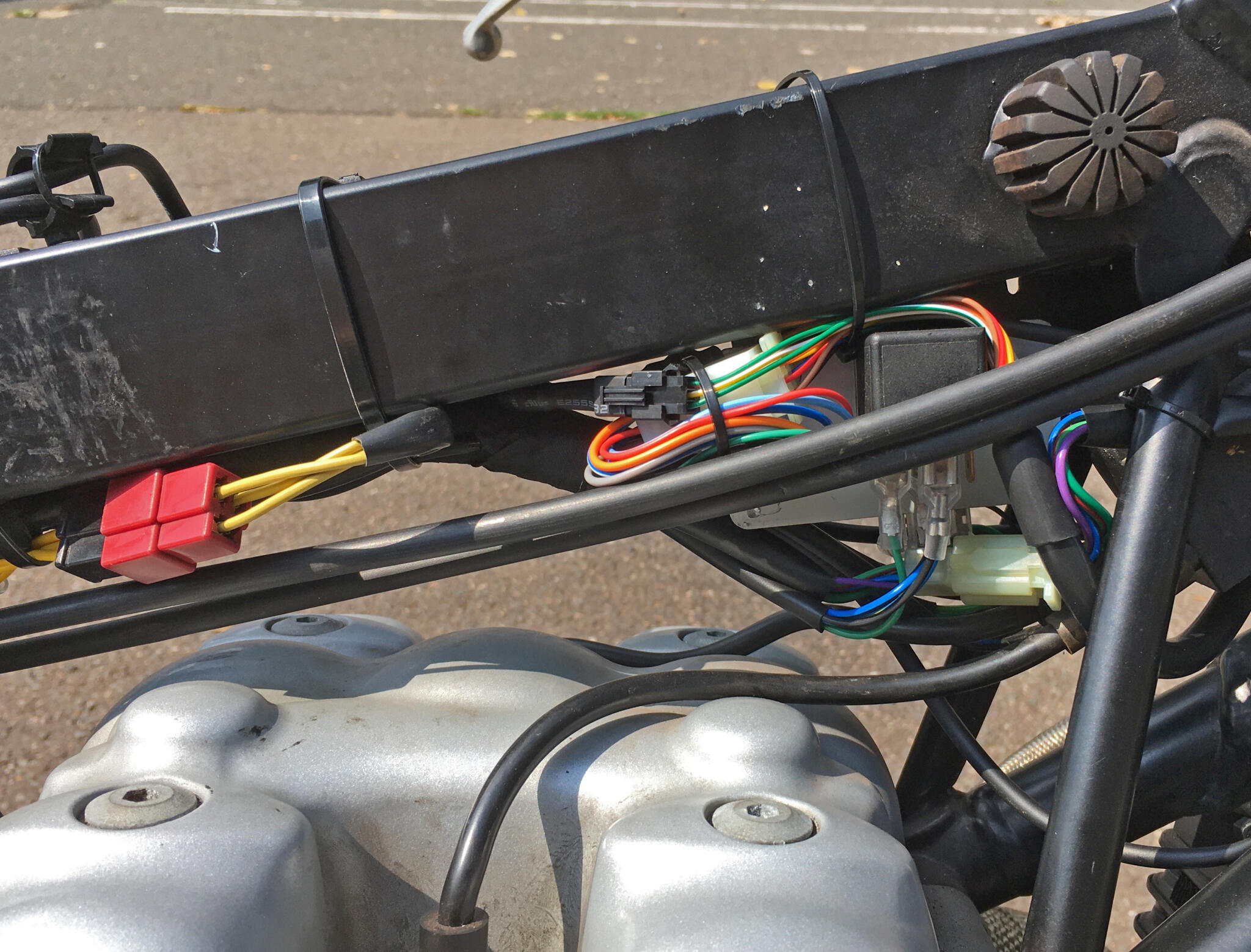 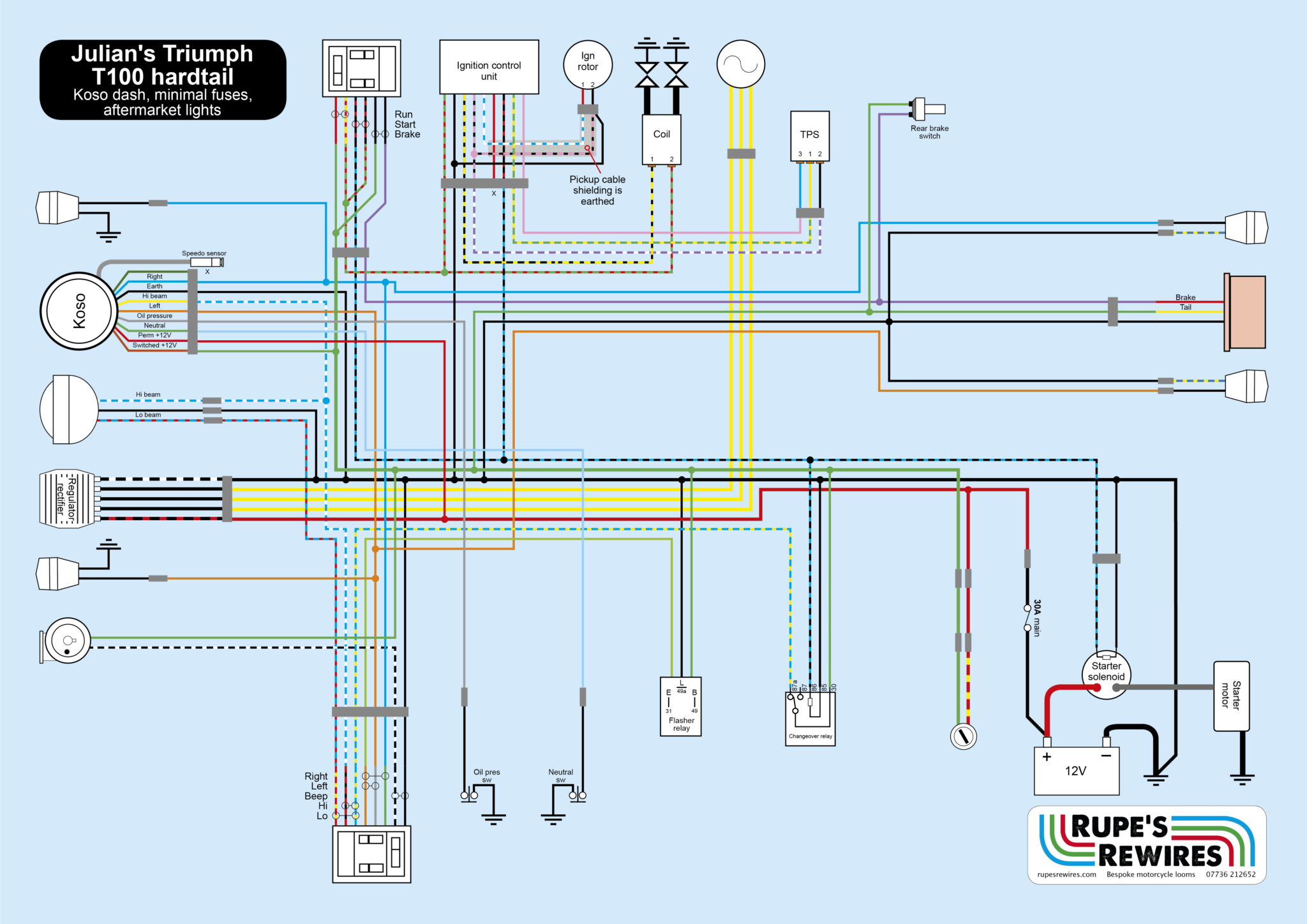 Hot on the heels of Dave’s Harley Chopper (a few bikes back) comes another hardtail built by the same guy, Joe at Fenland Choppers. The tank and seat were away getting finished, so it looks a bit bare, but the new loom fits very snugly under the square top tube. Bikes as naked as this have a hard time hiding the electrics but Joe had mounted the ignition box and solenoid inside a dummy oil tank under the seat.

The stock T100 loom is pretty complicated, and not helped by having the wiring for a factory alarm option built into it. Stripping all that stuff off, and still getting a functioning, reliable bike, is very satisfying.

It’s a fairly simple build, but you have to check the details. For example these indicators just come with a single wire. The idea is they earth through the frame, but if said frame has been powder coated (as this one has) the earthing doesn’t work. So each indicator needs a ring terminal earth wire that plugs into the loom.

I’ve seen a good few choppers that are beautifully engineered and made, but with wiring that looks like my scrap bin. This, I hope you agree, is a bit more useful. 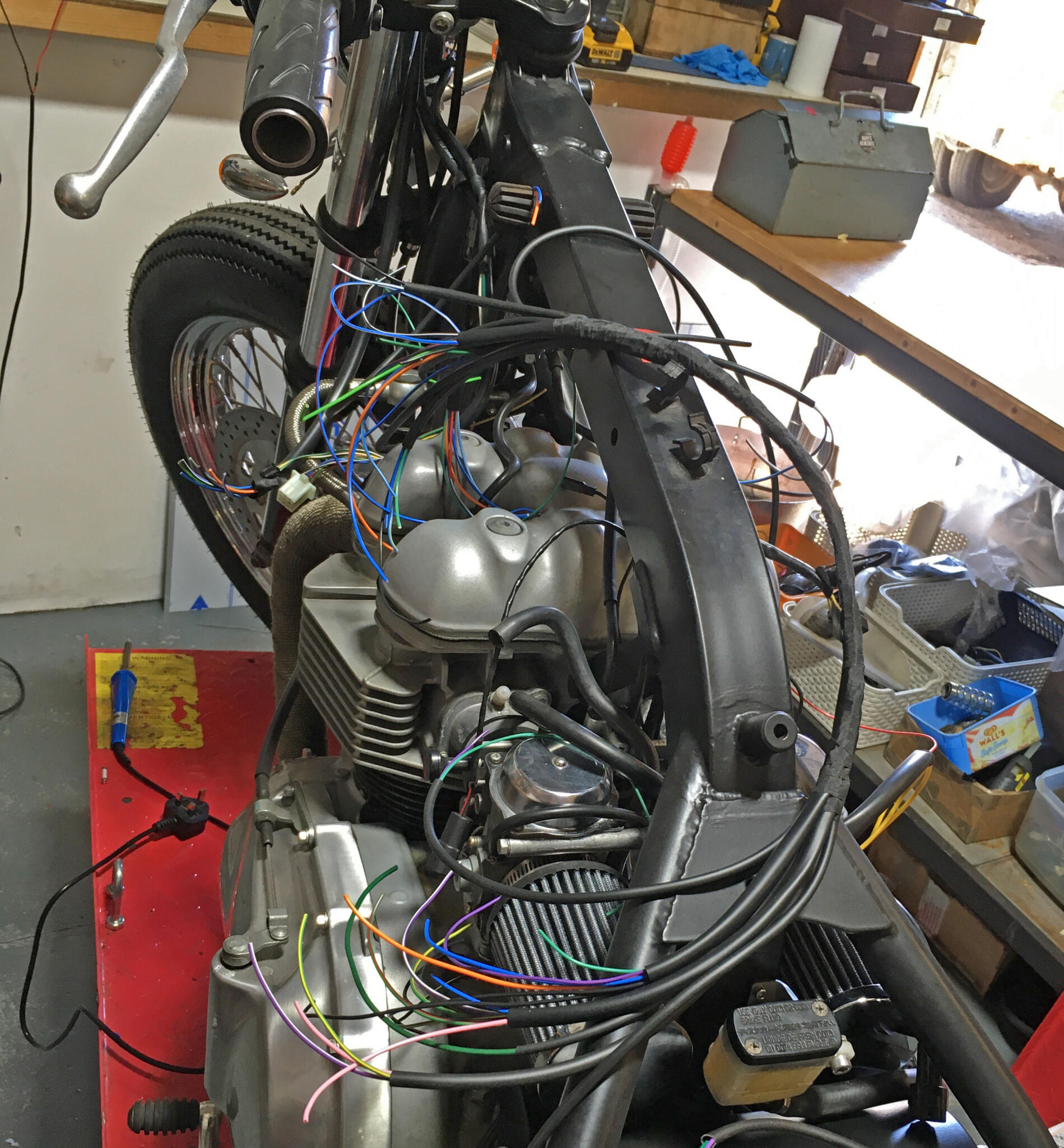 The wrapped loom ready to go on the bike 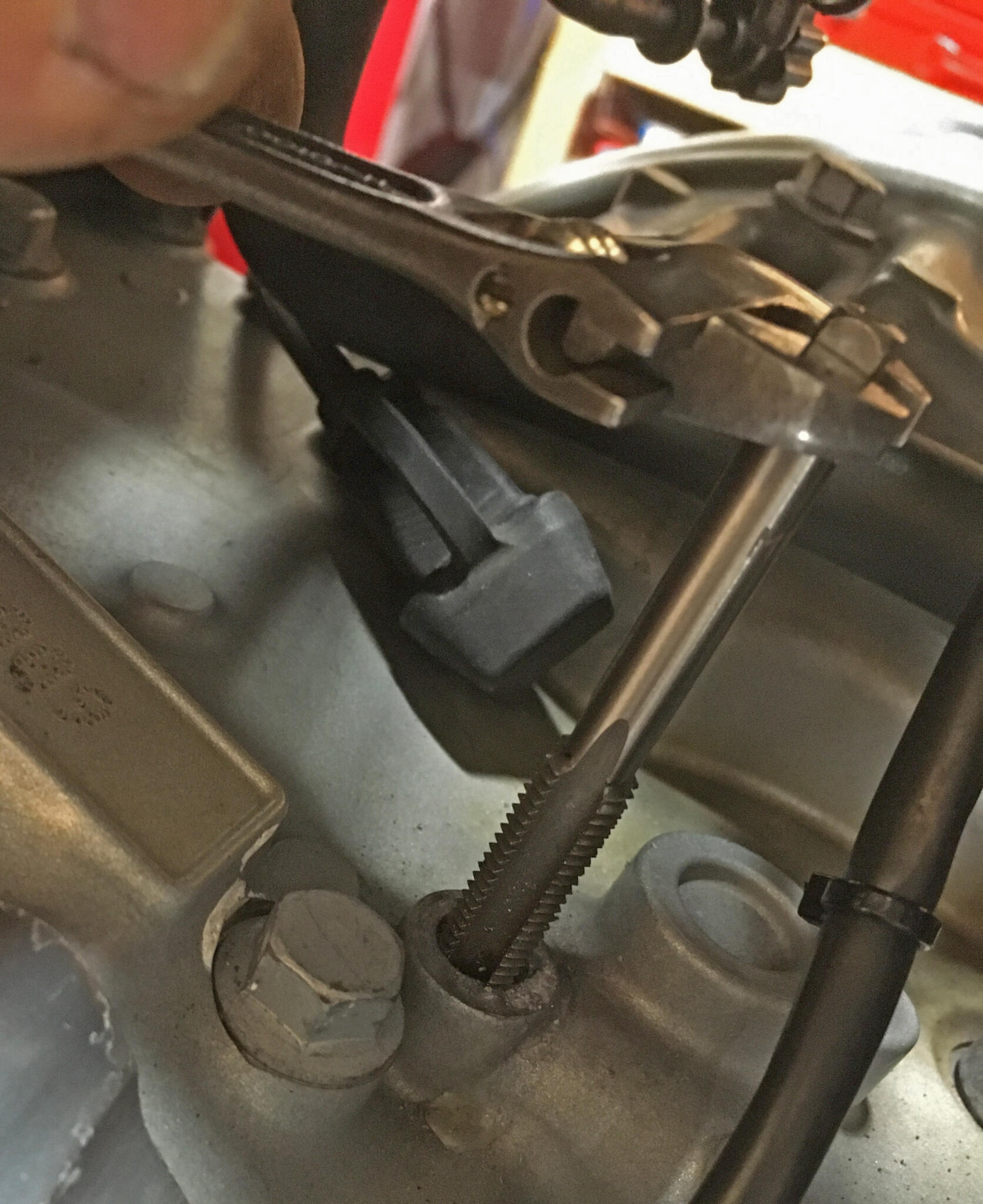 Hinckley Bonnies helpfully have a blind hole in the crankcase. Tap it out and you’ve got a perfect earthing point for the battery 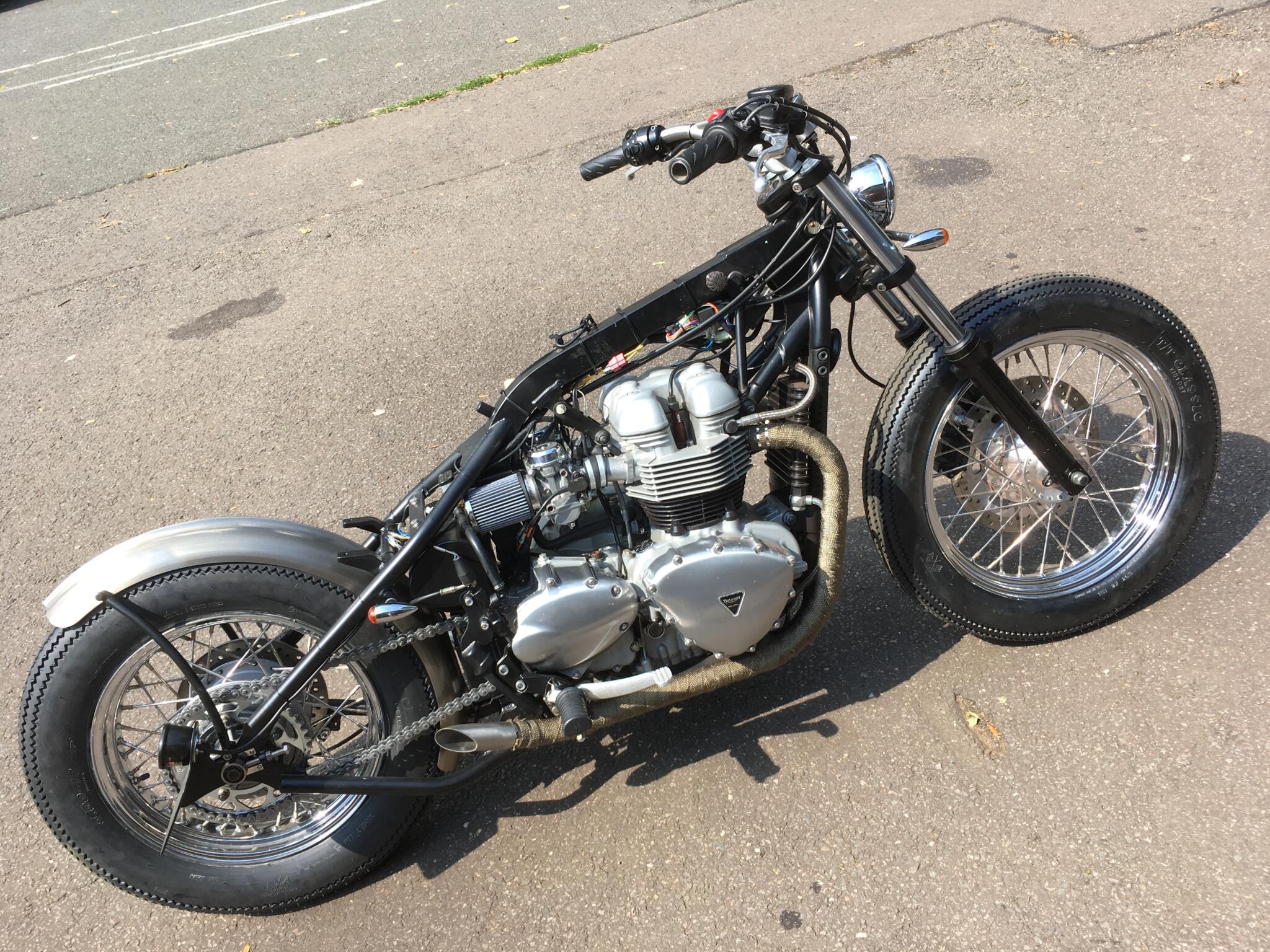 It’ll have a stock tank (in green, apparently) and a sprung seat