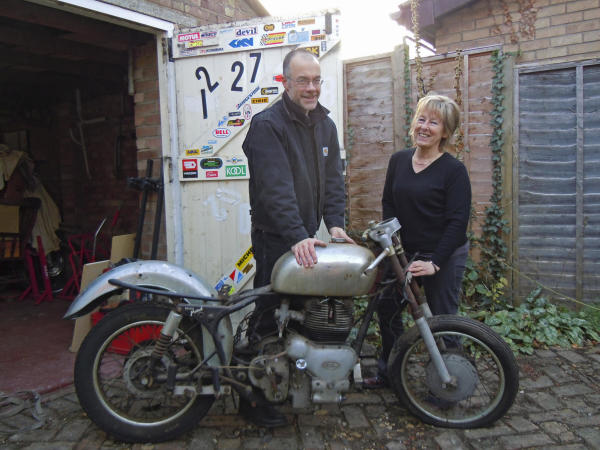 BEFORE: this is me picking the bike up from John’s wife Liz in 2011 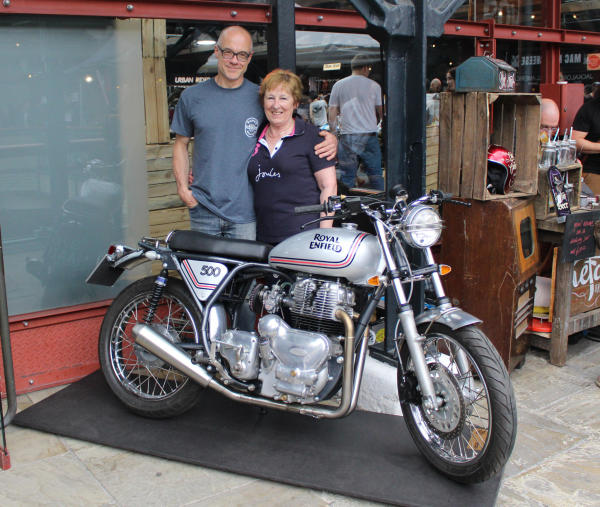 AFTER: eight years later, we’re together again. The bike has a stiffer frame, revised geometry, an MT-07 riding position, better suspension and brakes, and 18 inch wheels

This is an update on an earlier post. I’ve been building this Enfield on and off for eight years, to salute my friend John Robinson, who died in 2001. John was technical editor on Performance Bikes magazine. He owned the Enfield in the late 1960s and used it as a despatch bike in London. But it last ran in 1967, and sat in his garage until I wheeled it out in 2011.

And here it is finished at the 2019 Bike Shed Show in Tobacco Dock, London. John’s wife Liz came along to see the bike, and she loves it.

Some people at the show recognised the bike from its many appearances in Classic Bike magazine. Others seemed to think it was a production bike. If only they knew. Building a custom motorcycle as ambitious as this is totally draining. Anyway, next job is running it in. 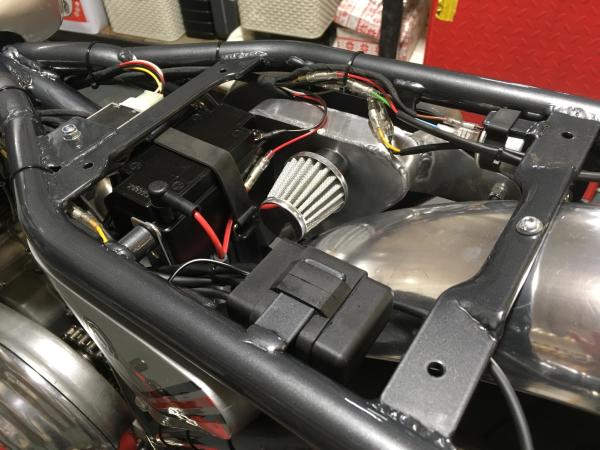 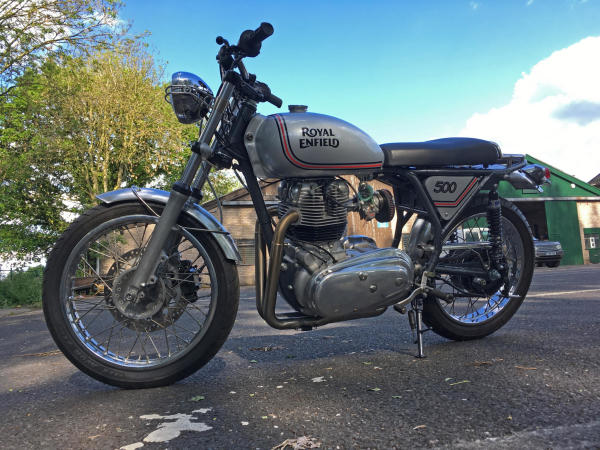 What old Enfield twins ought to look like, if you ask me