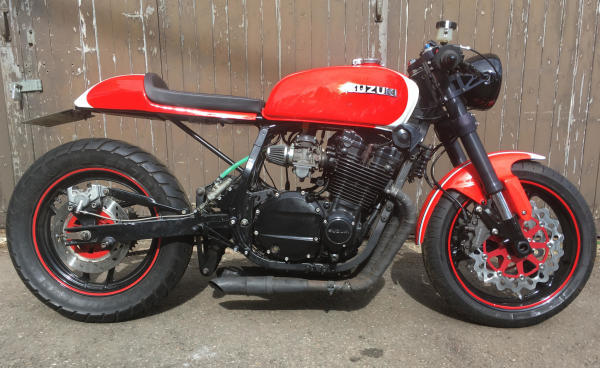 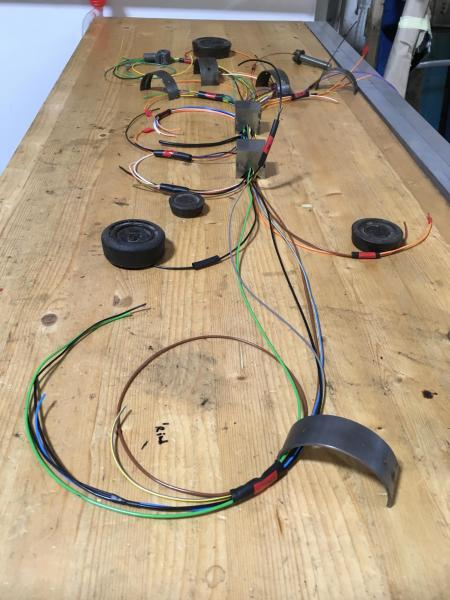 Here’s what a loom looks like before it’s wrapped 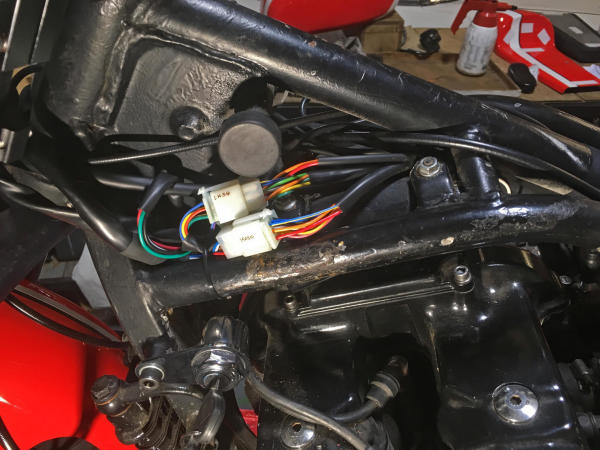 A lot cleaner, brighter and better connected than before

This might not look like a GSX750ES (if you know what that is) but the frame and engine come from Suzuki’s mid-1980s general-purpose bike. Graham had fitted the GSX-R600 front end, Koso speedo, LED tail light, and the tank and seat. He’s got an Aprilia swing arm lined up for next winter. Nevertheless, when the bike arrived its loom was straight out of Mordor: filthy, knackered and much modified.

Graham had bought new Domino switchgear, an LED headlight, an ignition switch, and an Electrexworld regulator rectifier. These made building a new loom much easier: no need to fix up ancient old stuff with damaged cables. Also, the integral indicators in the head and tail lights are easy to incorporate. But it’s an old bike and there was still a bit of prep work needed to get it ready, mostly around repairing the tail light wiring and the cables under the engine sprocket cover.

Because there’s not much room under the new seat or under the tank, we ditched multiple fuses. The Koso speedo meant we could delete the gear indicator cables too. And Graham didn’t want the sidestand or clutch switches which form the interlock system on standard bikes. So the final loom is simple and straightforward, thanks mainly to good quality modern electrics. I’m curious to know how well the LED headlight actually works in the dark. 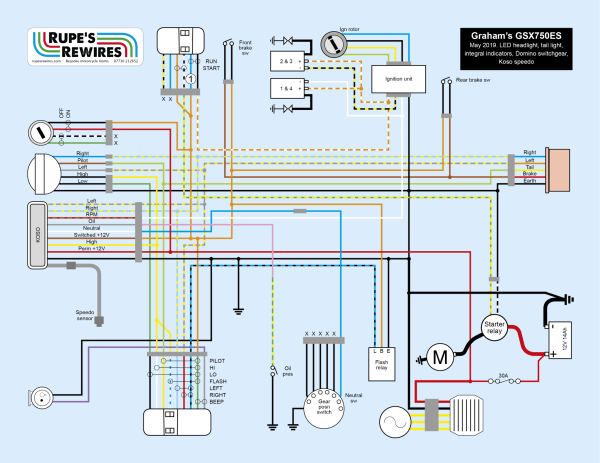 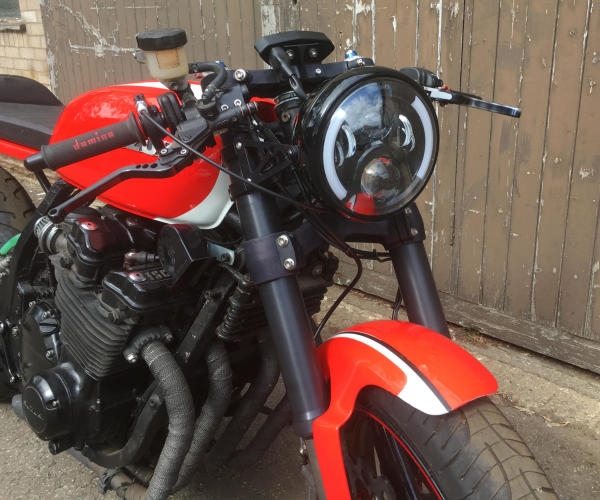 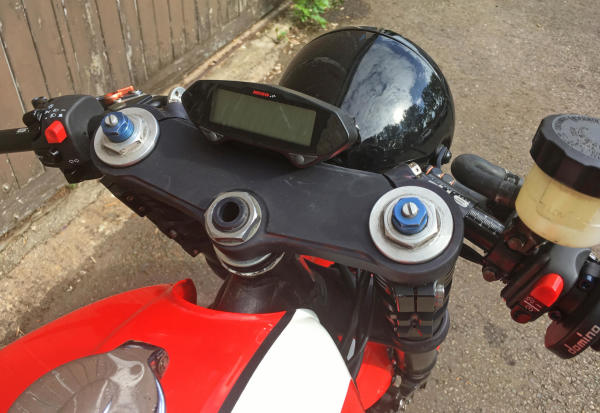