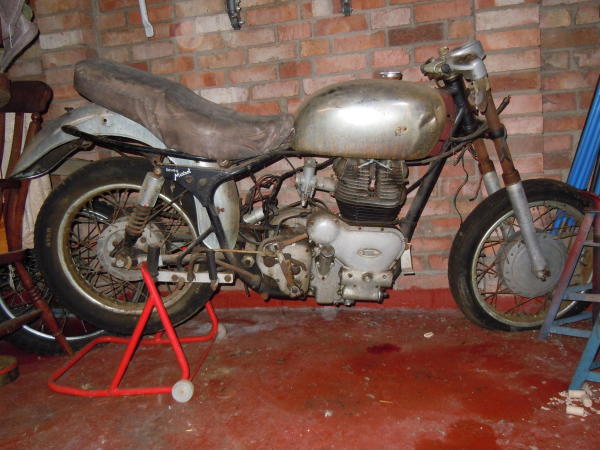 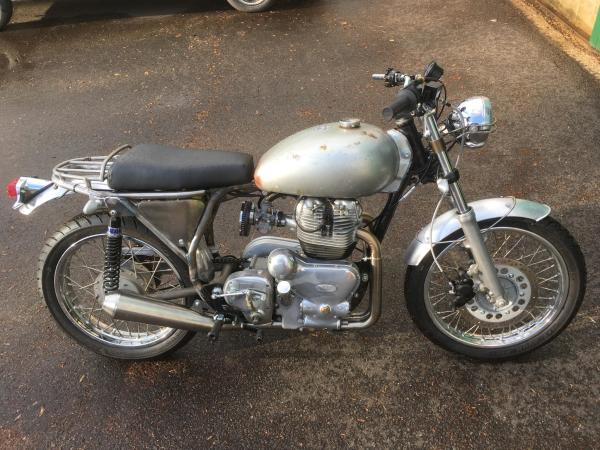 It looks a bit better in April 2019, with the paint and plating still to come 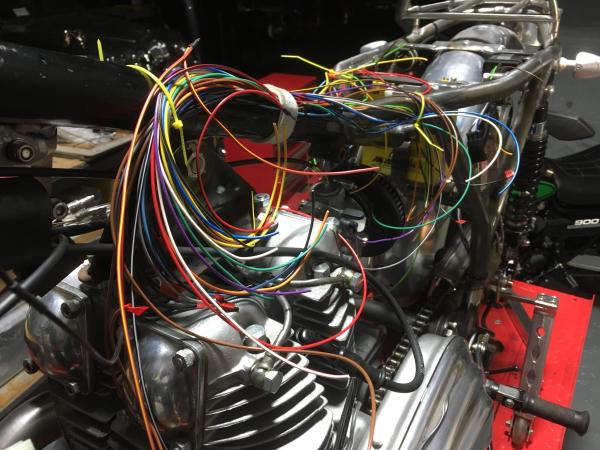 Indicators, a reg rec, a CDI ignition and a modern speedo mean a lot more wires than the bike originally had 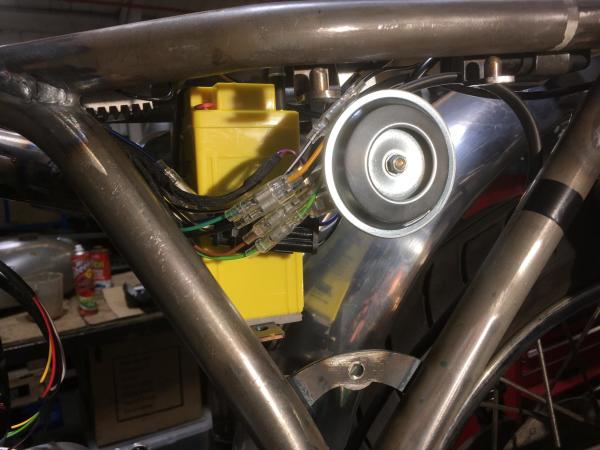 Trying, as ever, to keep things neat and out of sight

This is a bit of a special one, because it’s a project bike I’ve been building for eight years. The bike belonged to my friend and colleague John Robinson, who was technical editor on Performance Bikes magazine and its forbears.

The bike was a standard 1960 Meteor Minor 500, which John had owned and crashed in the late 1960s. Since then it had languished in his garage, gathering dust and rust as a retirement project that never happened: John died in 2001. Ten years later I borrowed the Enfield off his wife Liz, with a plan to restore it as I think he would have done.

John believed in the best tyres for the purpose, good suspension and brakes, and a natural riding position. That meant reworking the original frame; totally changing the bars, footrests and seat; fitting better forks, shocks and brakes; and moving to 18 inch wheels. I didn’t like the original distributor much so I replaced it with a more accurate crank-mounted ignition kit, which also charges the battery and runs the lights directly on AC.

Other electrics: a Bates headlight, replica Z900 switchgear, Motrax Allycator indicators, a replica Lucas tail light and a Velona Dark speedo. And following the advice of engine builder Jim Hodges, I fitted a Mikuni carb supplied by Steve Panter of Allens Performance. Steve guessed the right jetting. The motor fired instantly and ticked over with no adjustment at all. It hadn’t run since 1967, so it was a big moment.

I’ll update this page as the paint and powder coating develop. It’ll be in Classic Bike magazine when it’s finished, and at the Bike Shed Show in May. 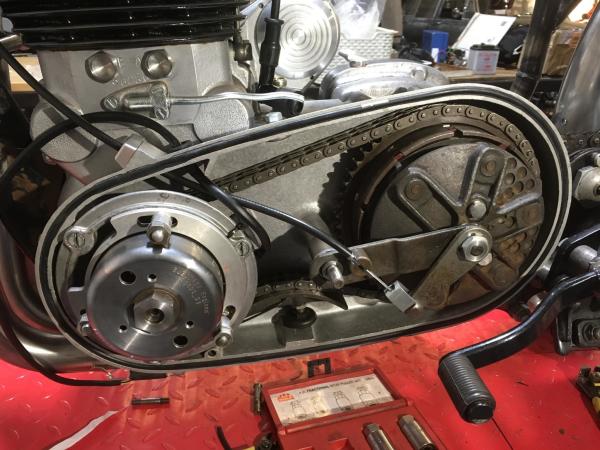 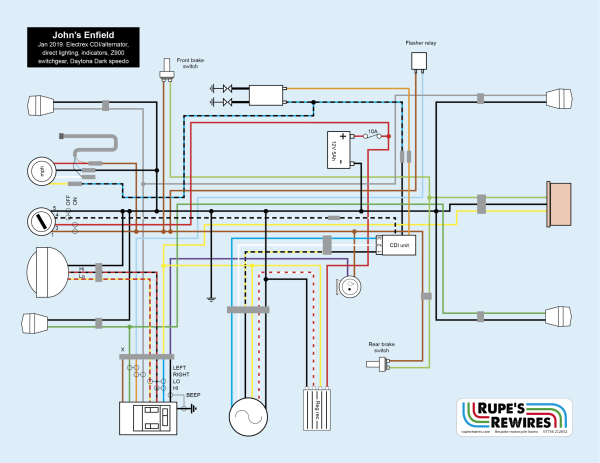 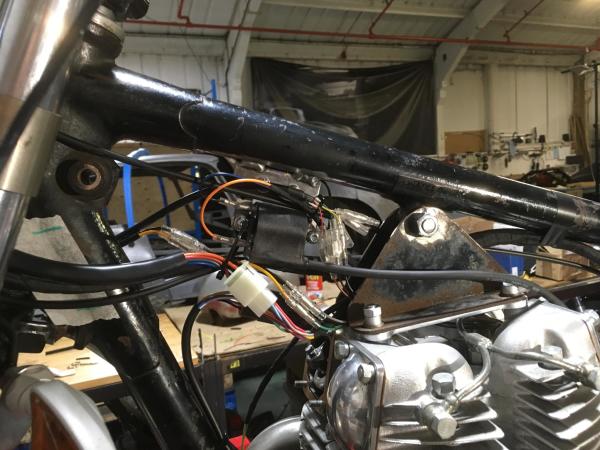 CDI in the foreground, Motobatt battery and behind it the reg rec