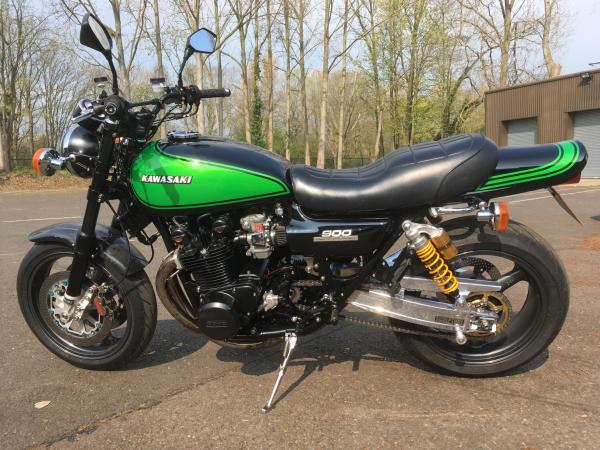 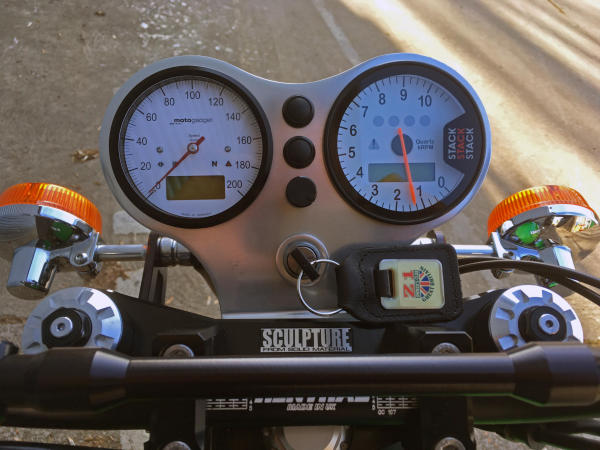 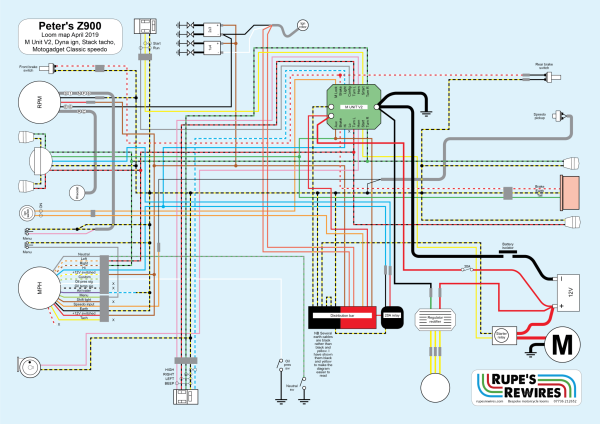 Peter didn’t build this amazing bike, but he has nevertheless found out all about it, and applied a forensic level of attention to getting it running just right. You might remember seeing it in Practical Sportsbikes magazine a couple of years ago. It’s inspired by the Japanese tuning shop Sanctuary, and it’s beautifully done: braced frame, Öhlins suspension, tuned motor, Japanese swing arm, trick wheels and brakes, and some lovely bodywork.

It arrived with an unconventional loom, built to a high standard. Peter reported that after the bike had run well for 500 miles it had started to go off song. Cylinder 2 was fouling its plug, and the engine often limped along on three, which suggested a carb issue. But it wasn’t that. After a few tests and experiments it proved to be the coil that provides sparks to cylinder 2 and 3.  Replacing it turned the motor from a stroppy annoyance to a purring pussycat. An unusual problem.

While the bike was in we mapped the loom to do a wiring diagram, and tidied up a few details to improve the fit of the battery insulators. 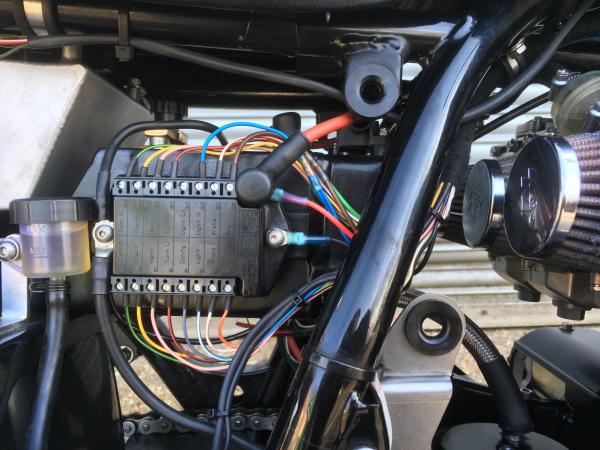 Motogadget’s M Unit V2 drives most of the electrics, which were built by the bike’s original owner 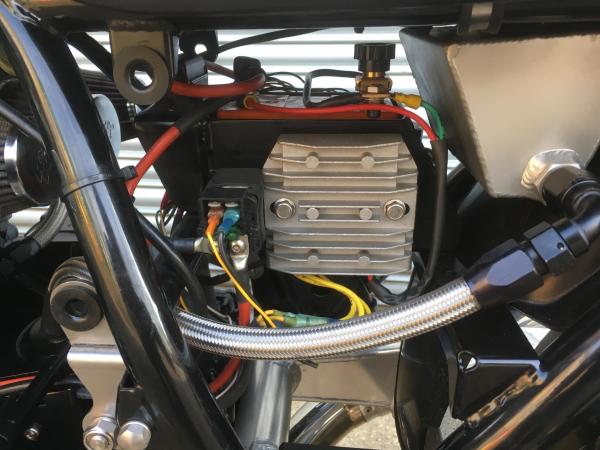 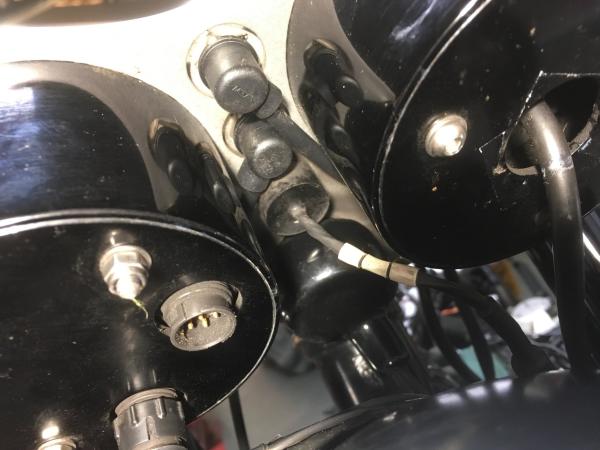