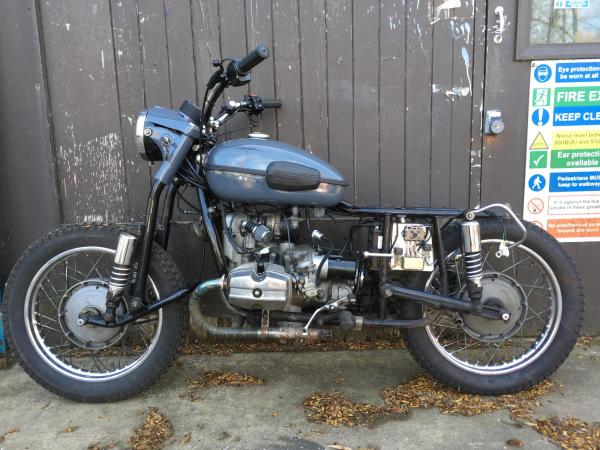 Sidecar not shown, unfortunately (it wouldn’t fit in the van) 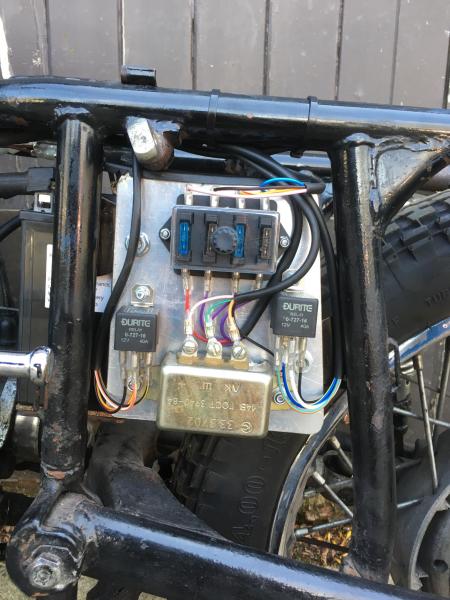 Many of the components were dangling in fresh air. This plate got them all mounted safely 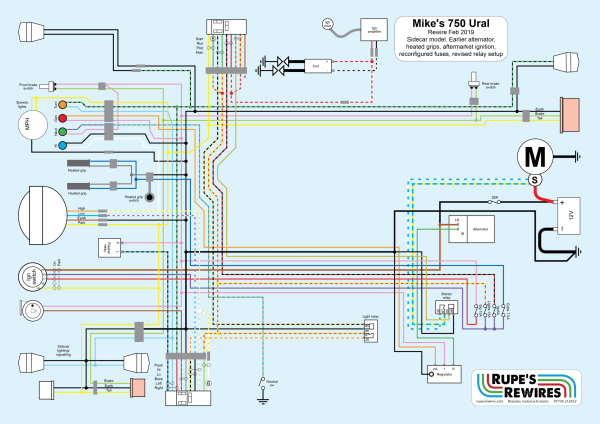 A what? For those who don’t know, a Ural is a Russian copy of the BMW flat twins left lying around after WW2. It’s made in the Ural mountains, hence the name, and it’s the only bike designed and sold as a sidecar outfit. There’s even a reverse gear and special leading link forks.

Mike owns normal bikes but loves the hilarity of riding the Ural, particularly going supermarket shopping on it with his wife. Alas, it was not working too well, and a quick glance confirmed that the electrics were off song: stretched cables, dangling components, much patching-up, and fragile Russian switches and warning lights. (I thought British electrics from the 1950s and 60s were awful, but they are rock solid compared with Russian stuff. Even the brand new rear brake light switch needed stripping and modifying to get it to work!)

Mounting everything took a while, but once done the loom build could start. The bike uses a mix of 2004 switchgear, 1995 alternator and regulator, an aftermarket ignition and heated grips. Figuring all that out was quite complicated: Ural only have about six wire colours so they keep repeating them throughout their wiring diagrams.

The bike looks a bit naked in the pics. I removed the silencers to get the bike on a paddock stand, and left them off so Mike could repaint the frame where they bolted on. On the plus side, when we finally fired the 750 up it sounded like a WW1 aero engine. 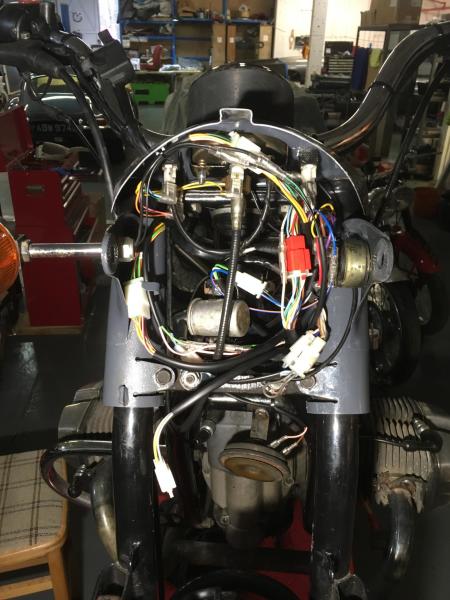 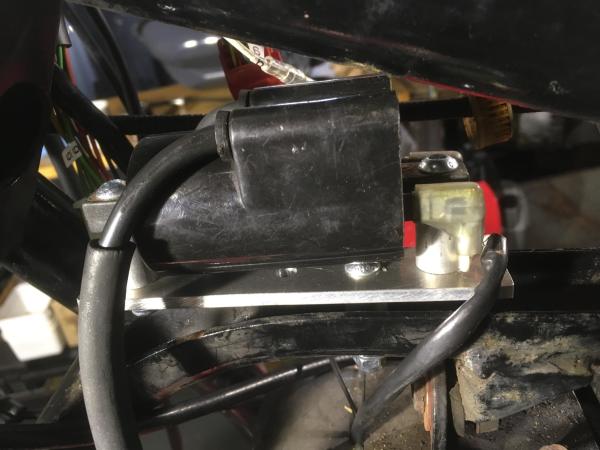 The aftermarket ignition coil needed mounting on a plate