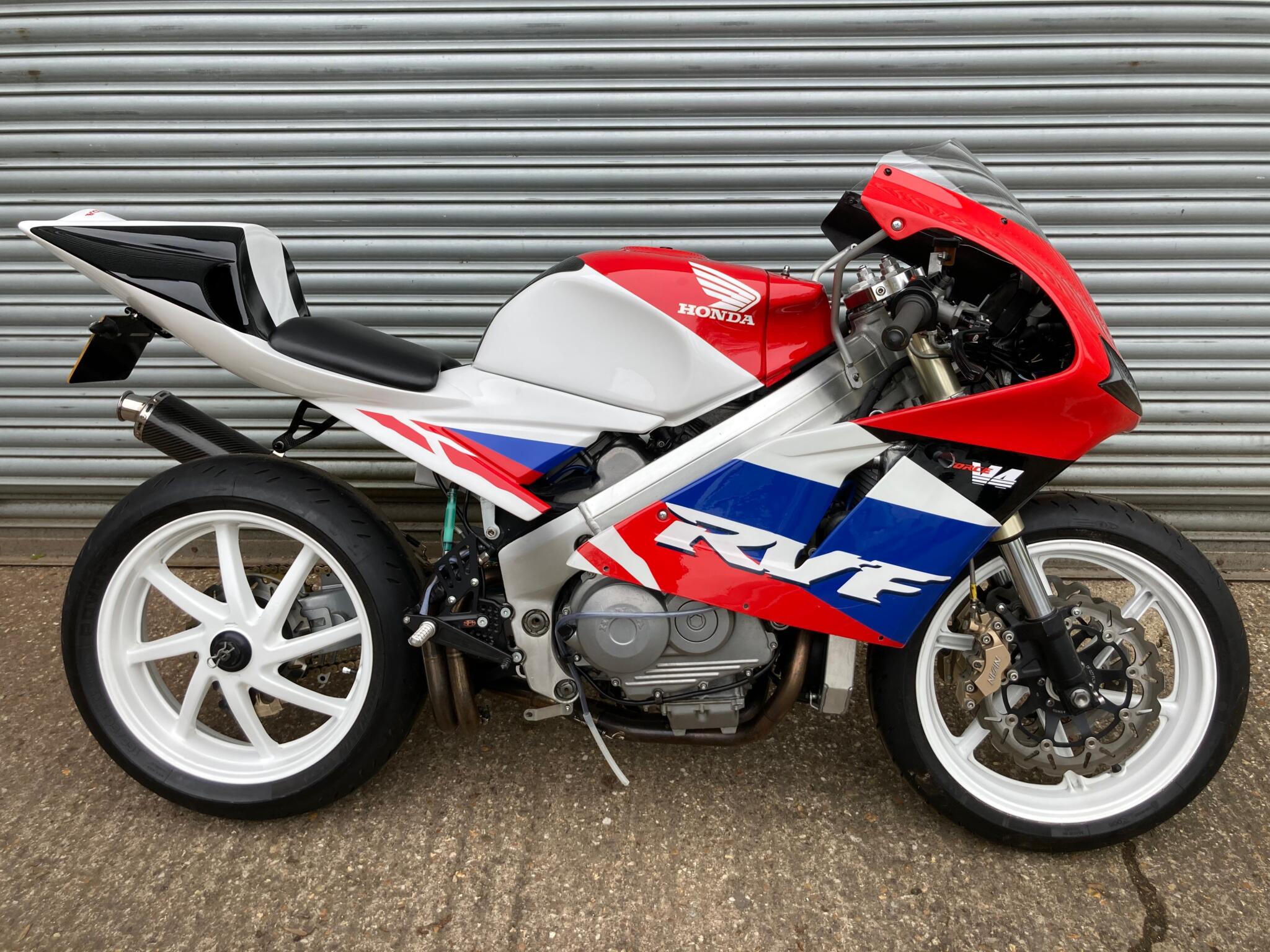 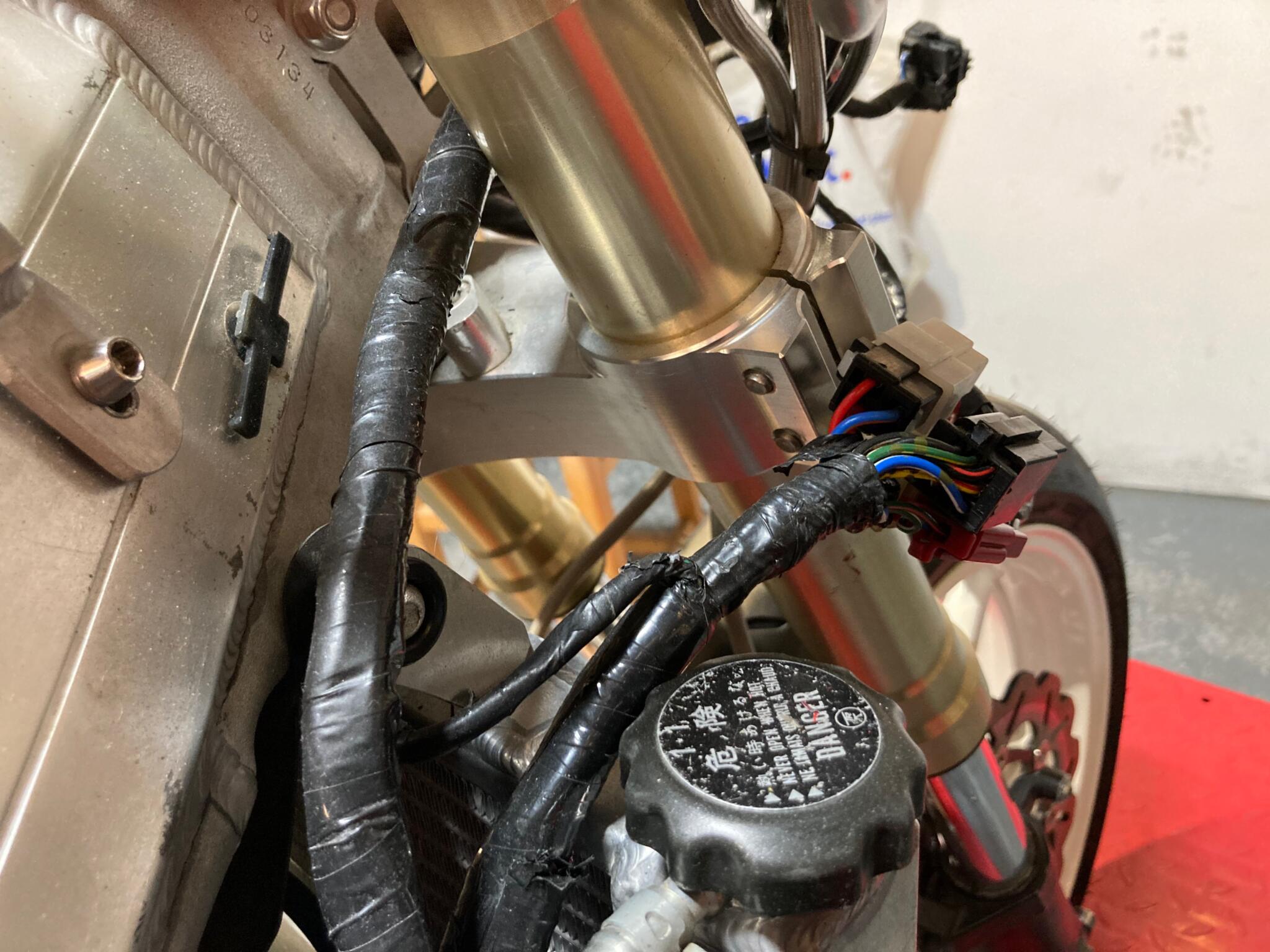 As it came in: elderly loom, much hacked about 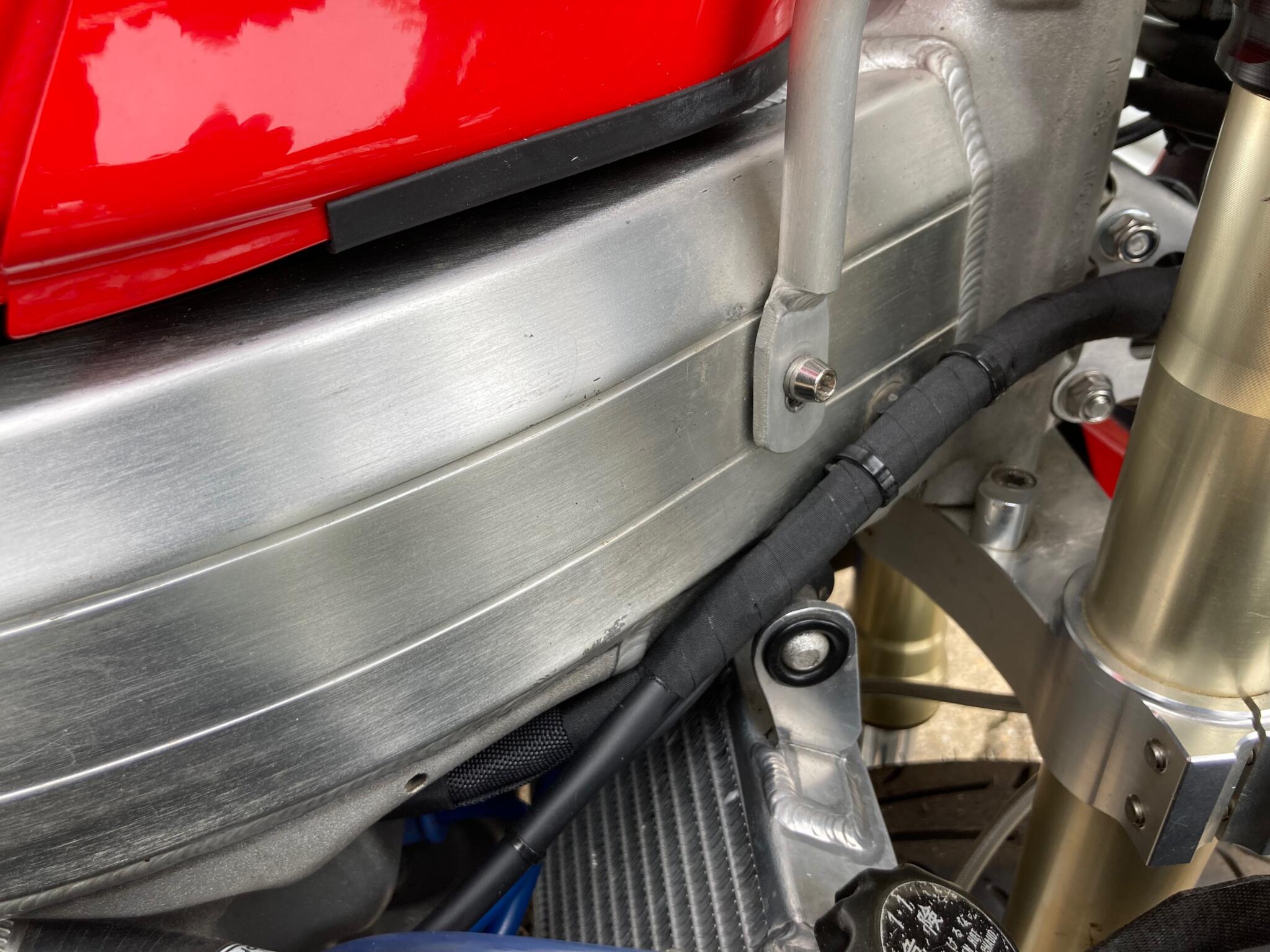 As it went out: new wires, routed out of sight 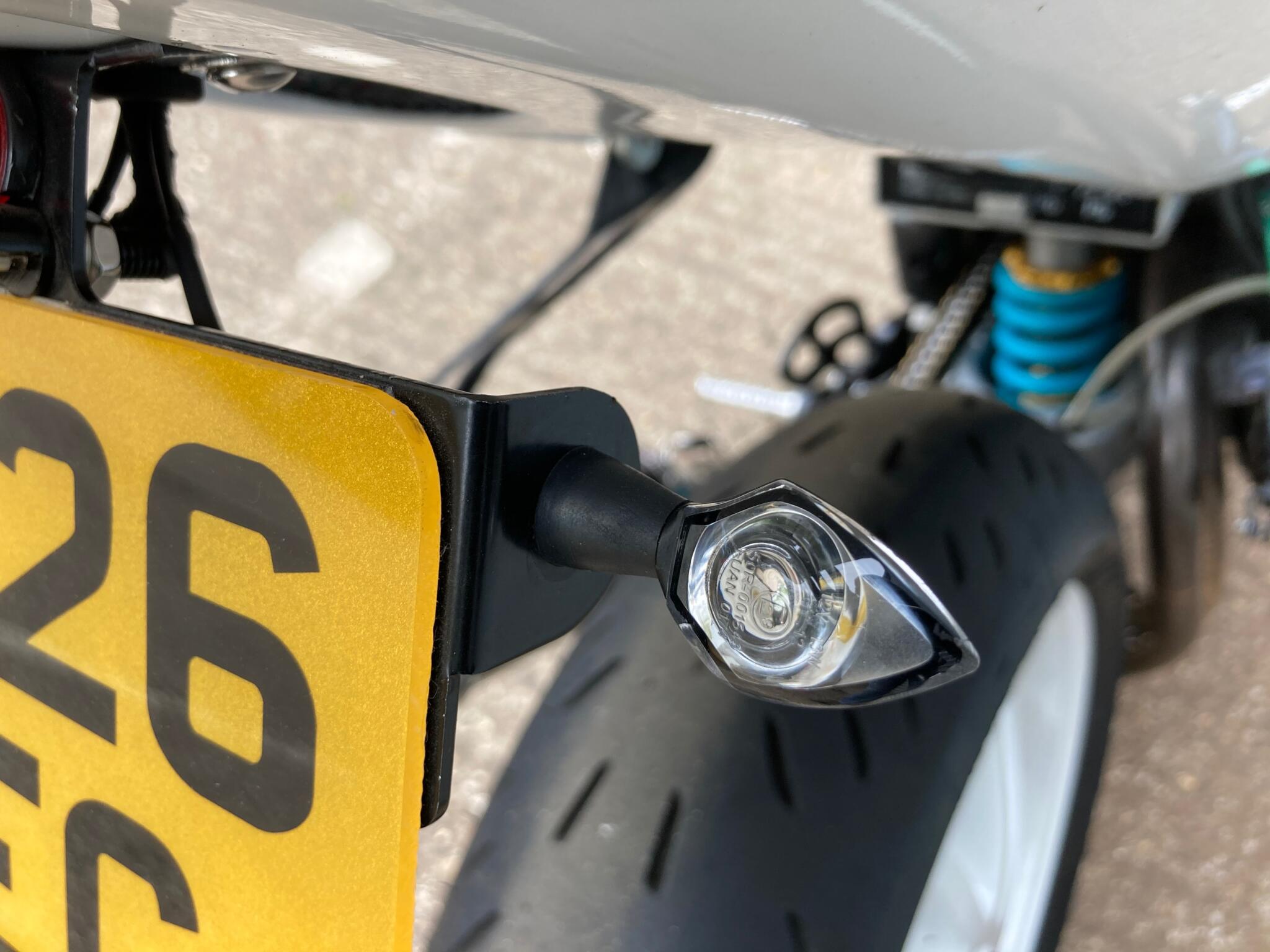 Oxford Cat Eye indicators. Not to be confused with very feeble copies which cost about a quarter of the price 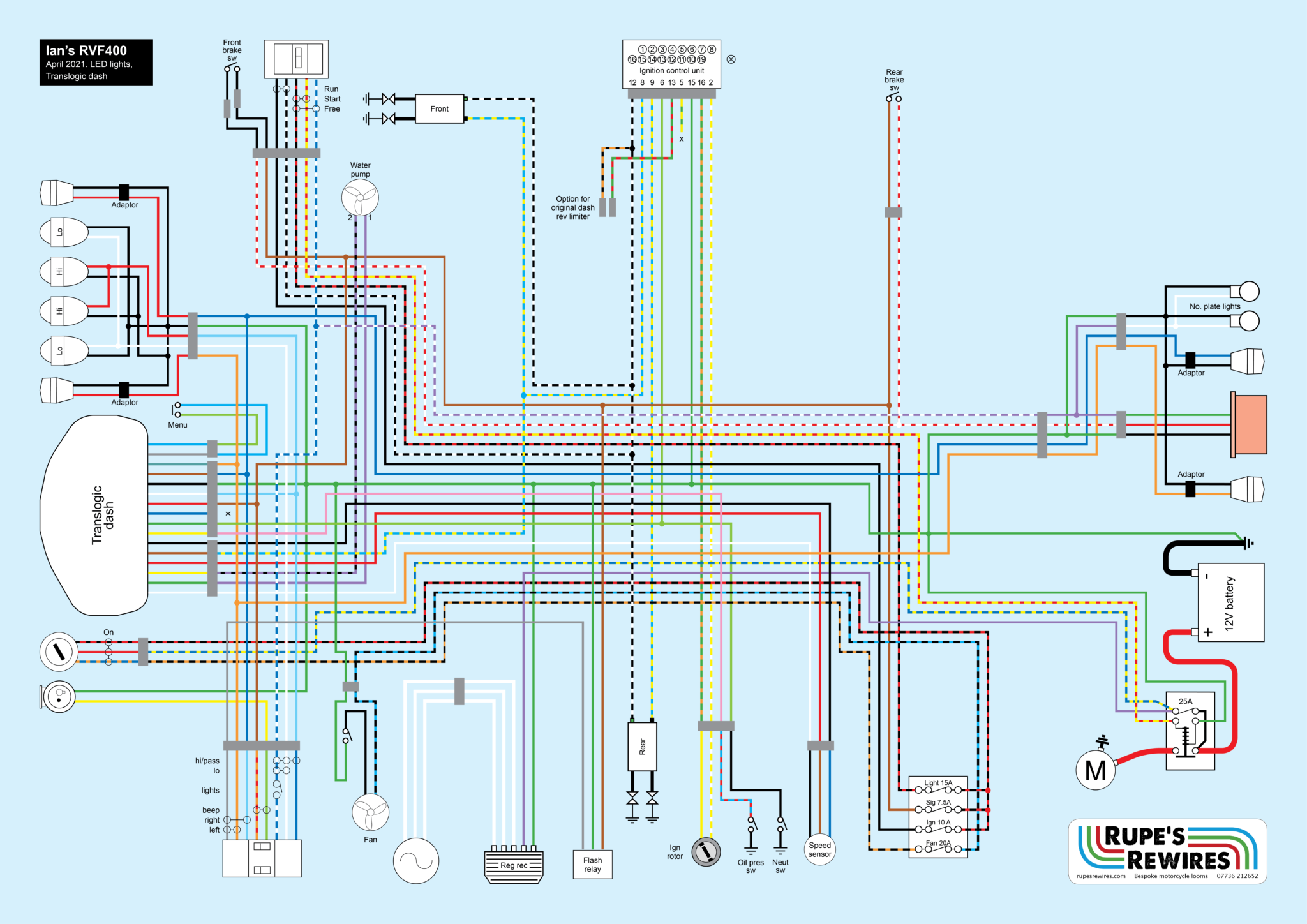 Ian had spent something like eight years bringing this jewel-like V4 back from the dead. Or, to be more accurate, back from lying in a ditch.

As well as restoring everything, he had given the bike a 21st century feel with Tyga bodywork and yokes, four LED headlights, Ignitech ignition and a very trick Translogic dash. Everything worked pretty much, but the battered loom still belonged in a ditch.

The brief was: design and build a new loom to be as slim and invisible as possible. It was a monster job: mapping the existing loom to check it against the Haynes diagram; relocating some of the electrical parts; modifying and servicing the switchgear; figuring out how to route loads of cables around the fairing nose; and adding quick-release plugs so that the tail unit and fairing would come off easily.

I was really pleased with how it turned out. More importantly, so was Ian. 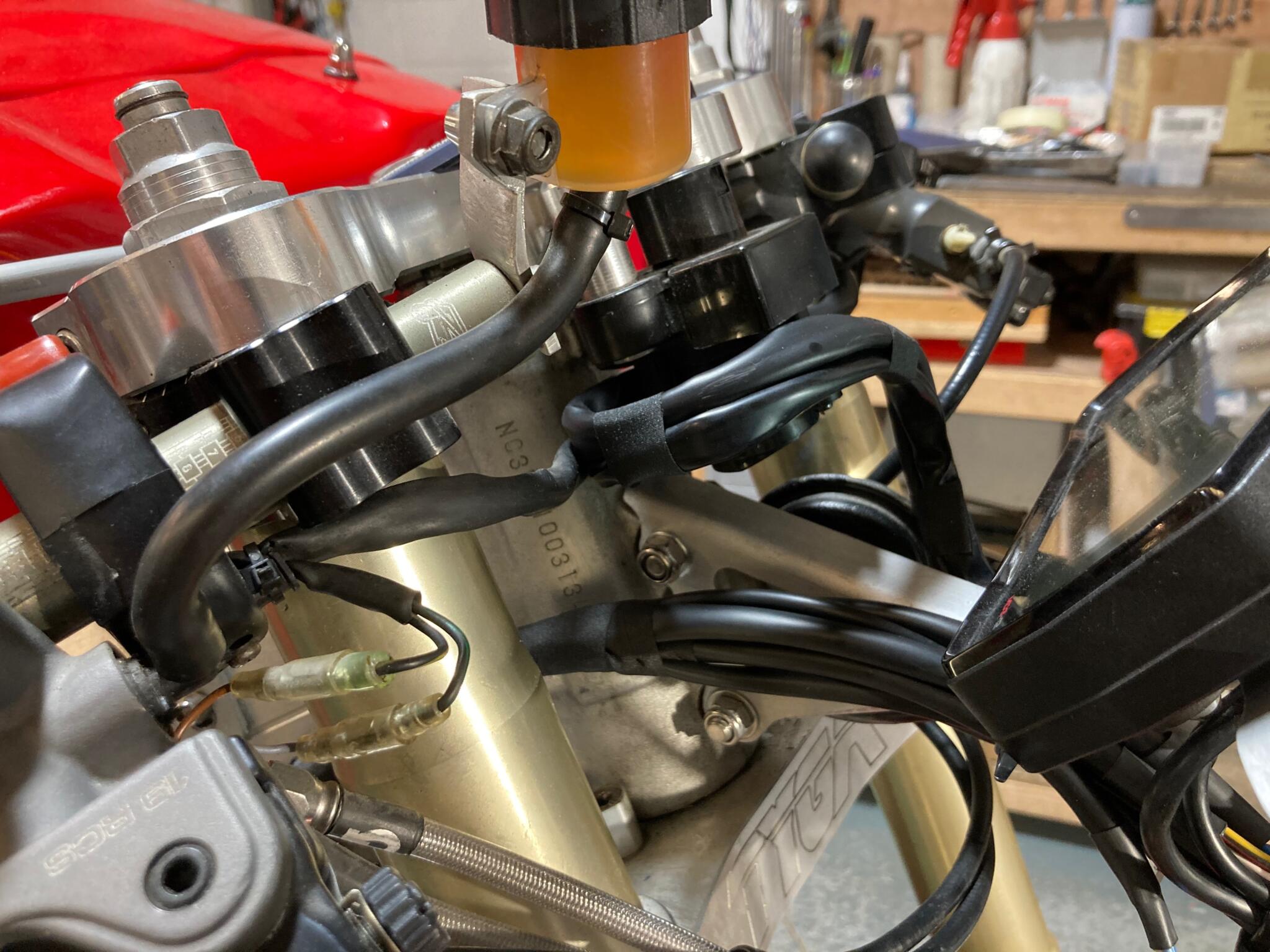 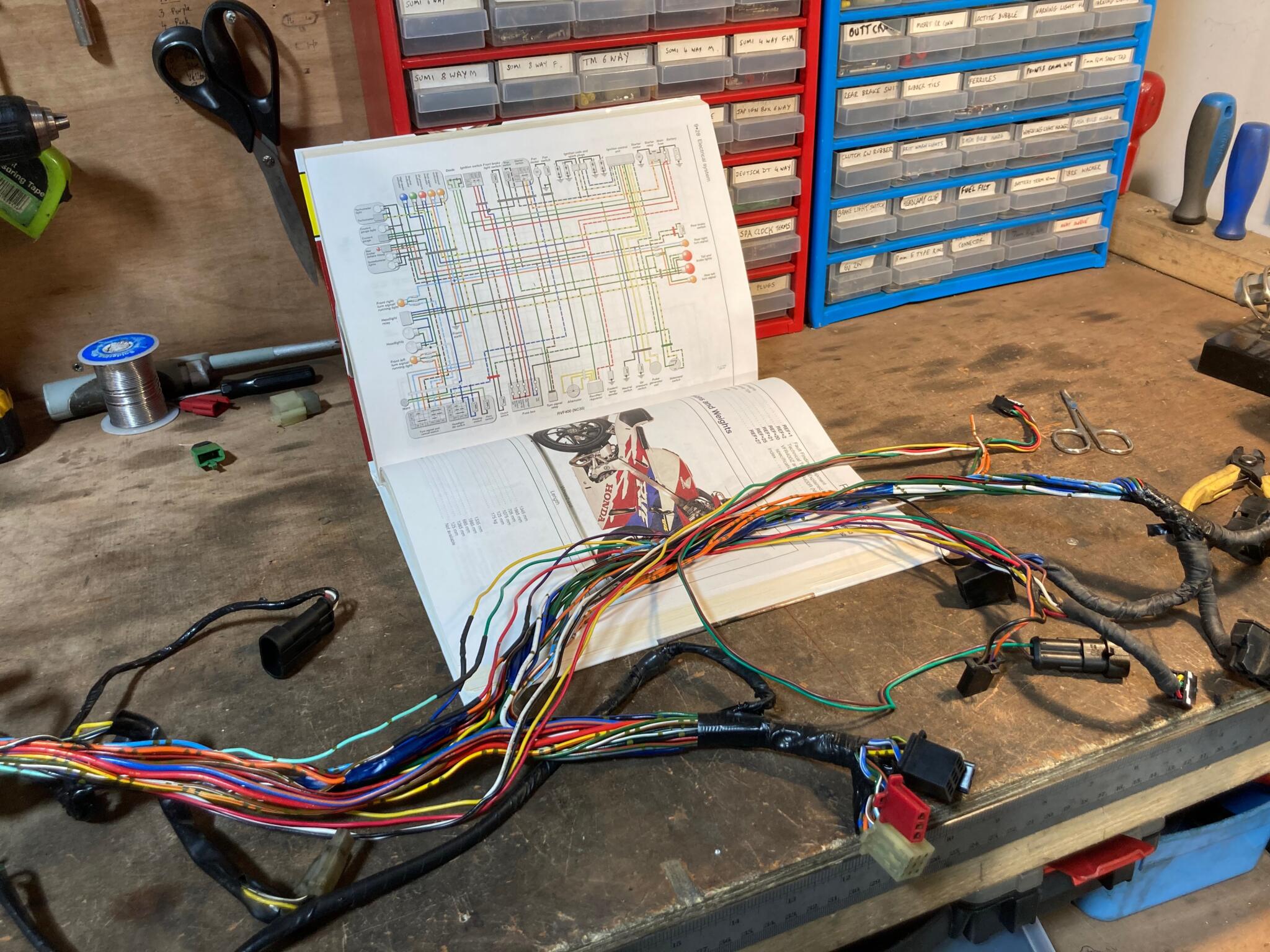 Before you start, you have to be 100% sure how everything works 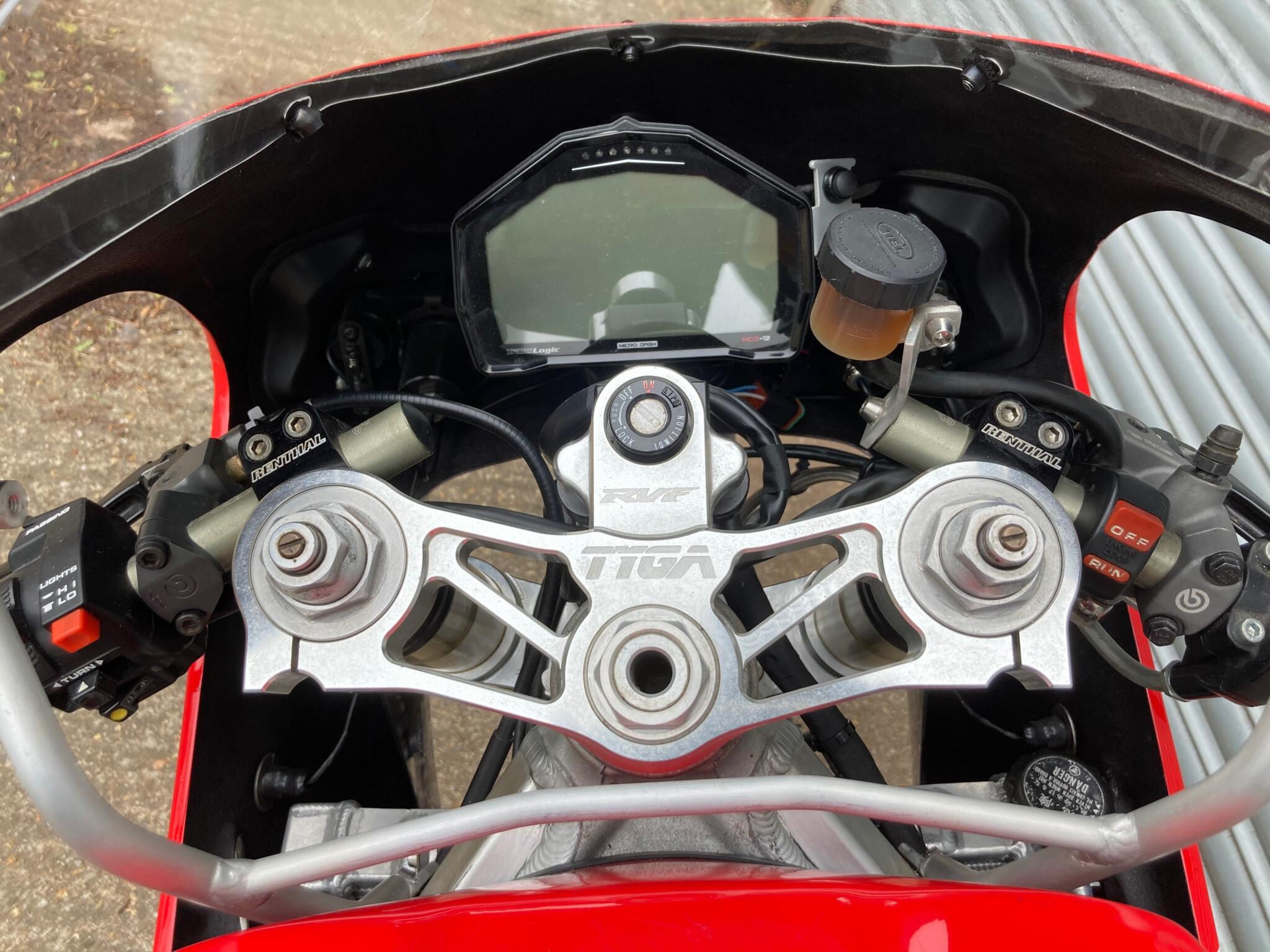 A Translogic dash is always a classy addition 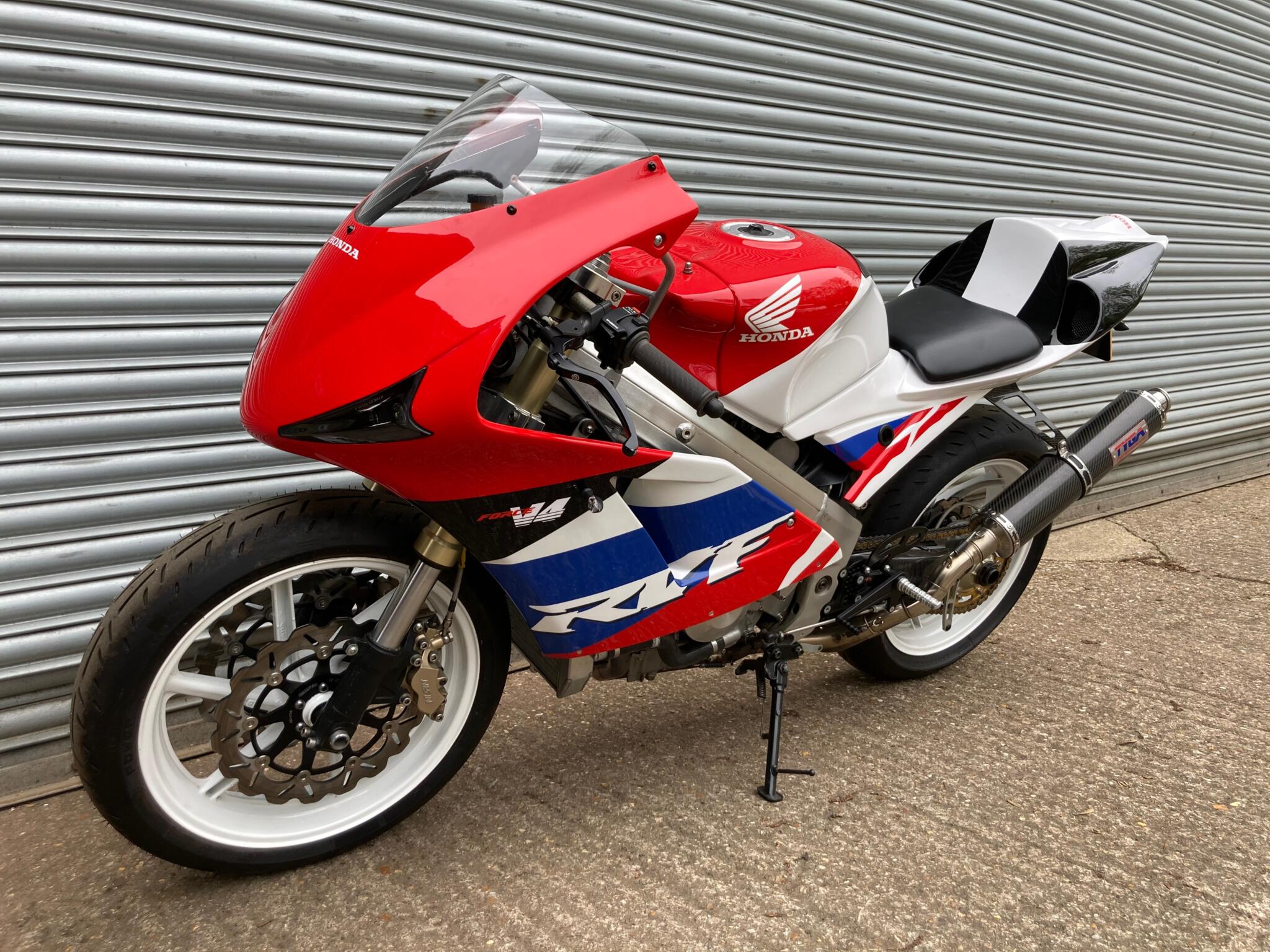