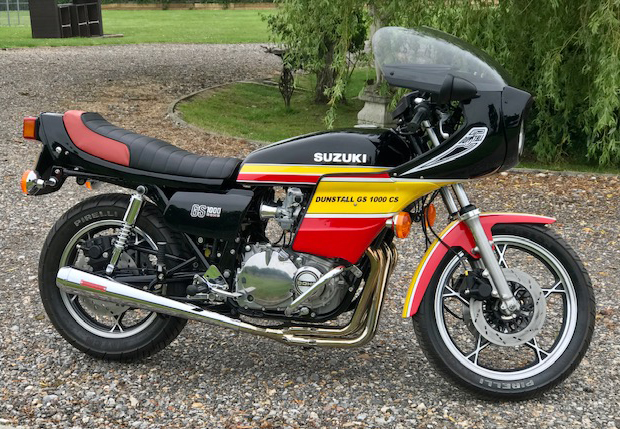 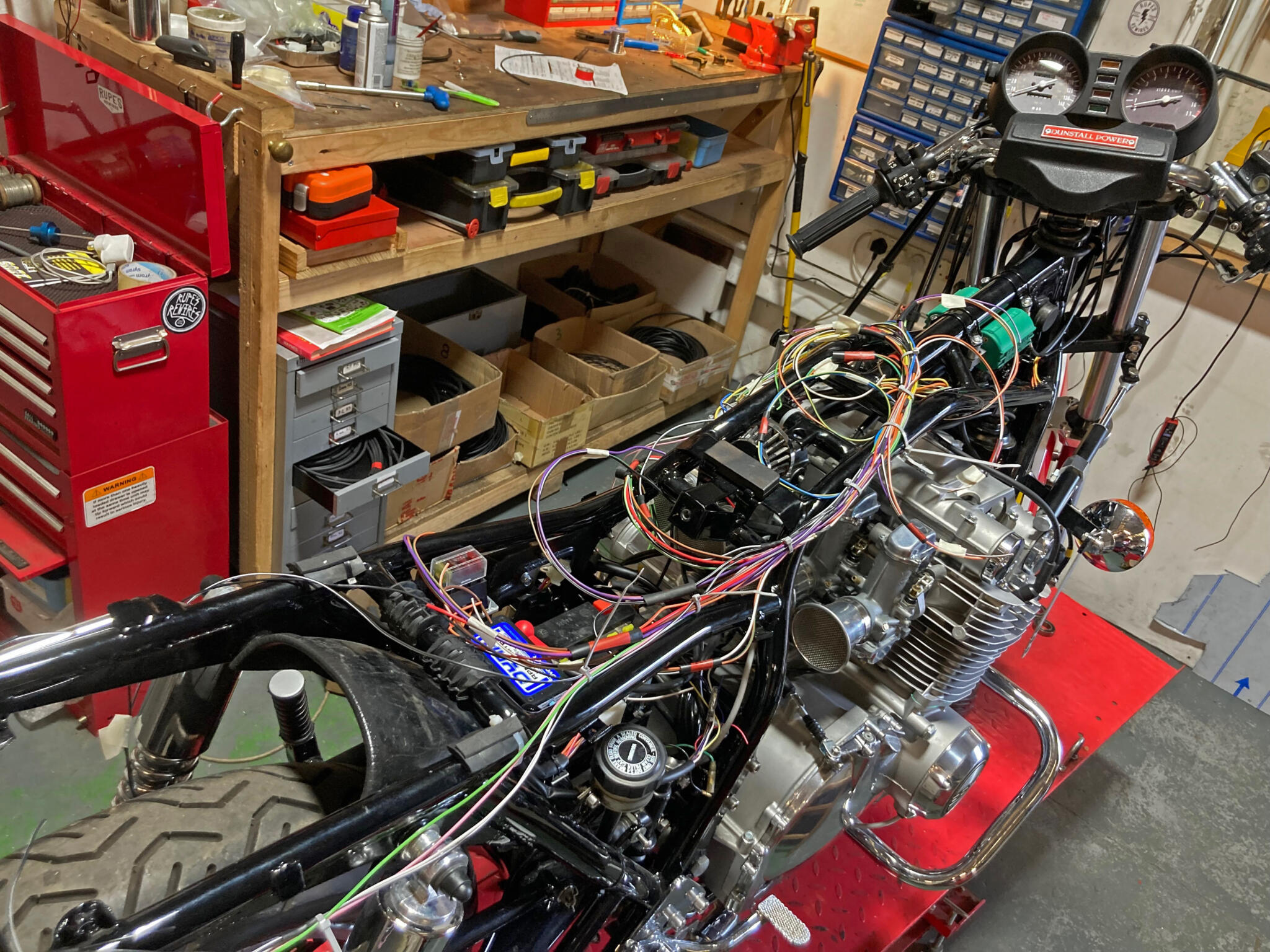 Work in progress. With only the original mounting points you have to make a few brackets and spacers to fit new components 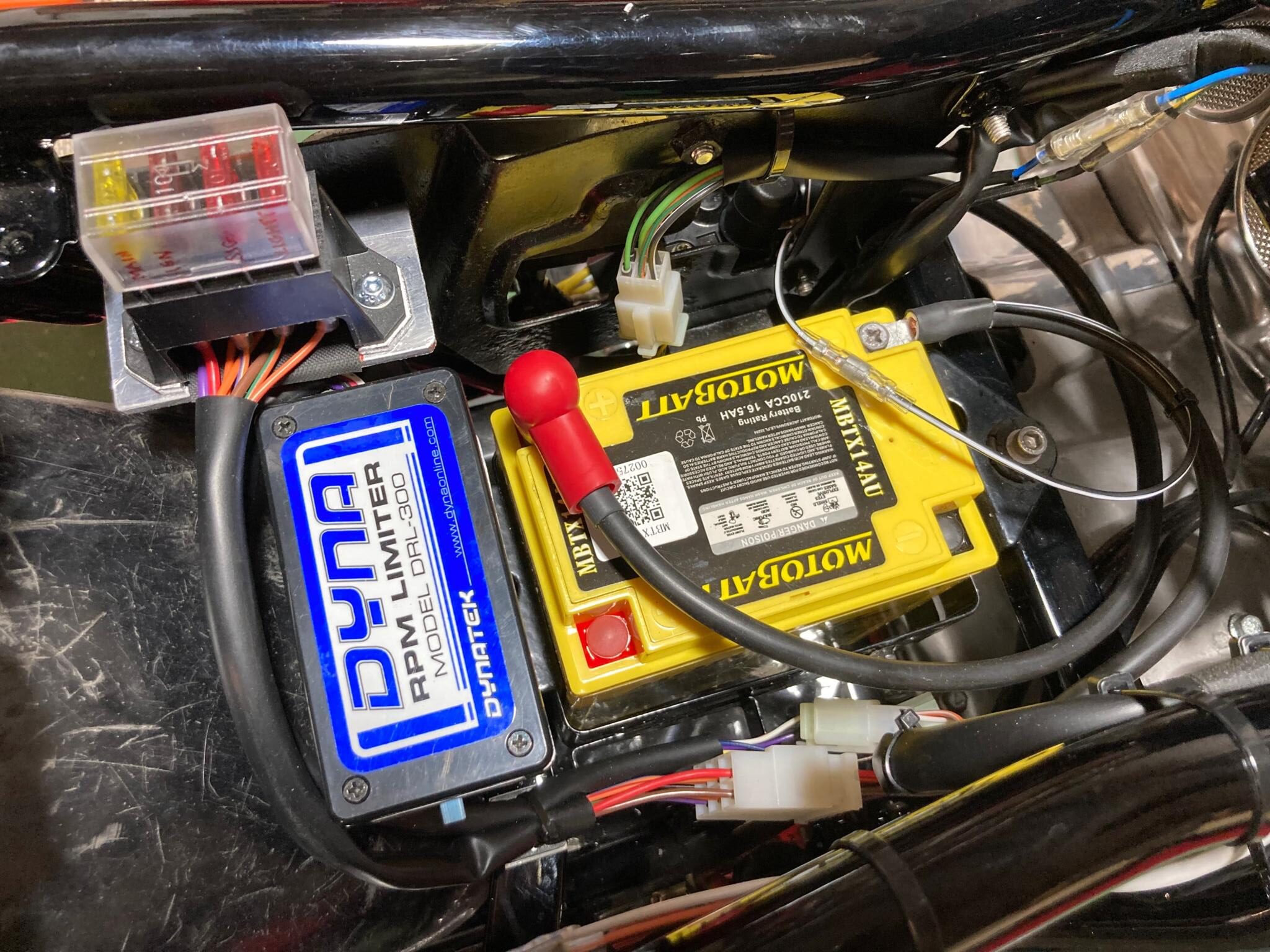 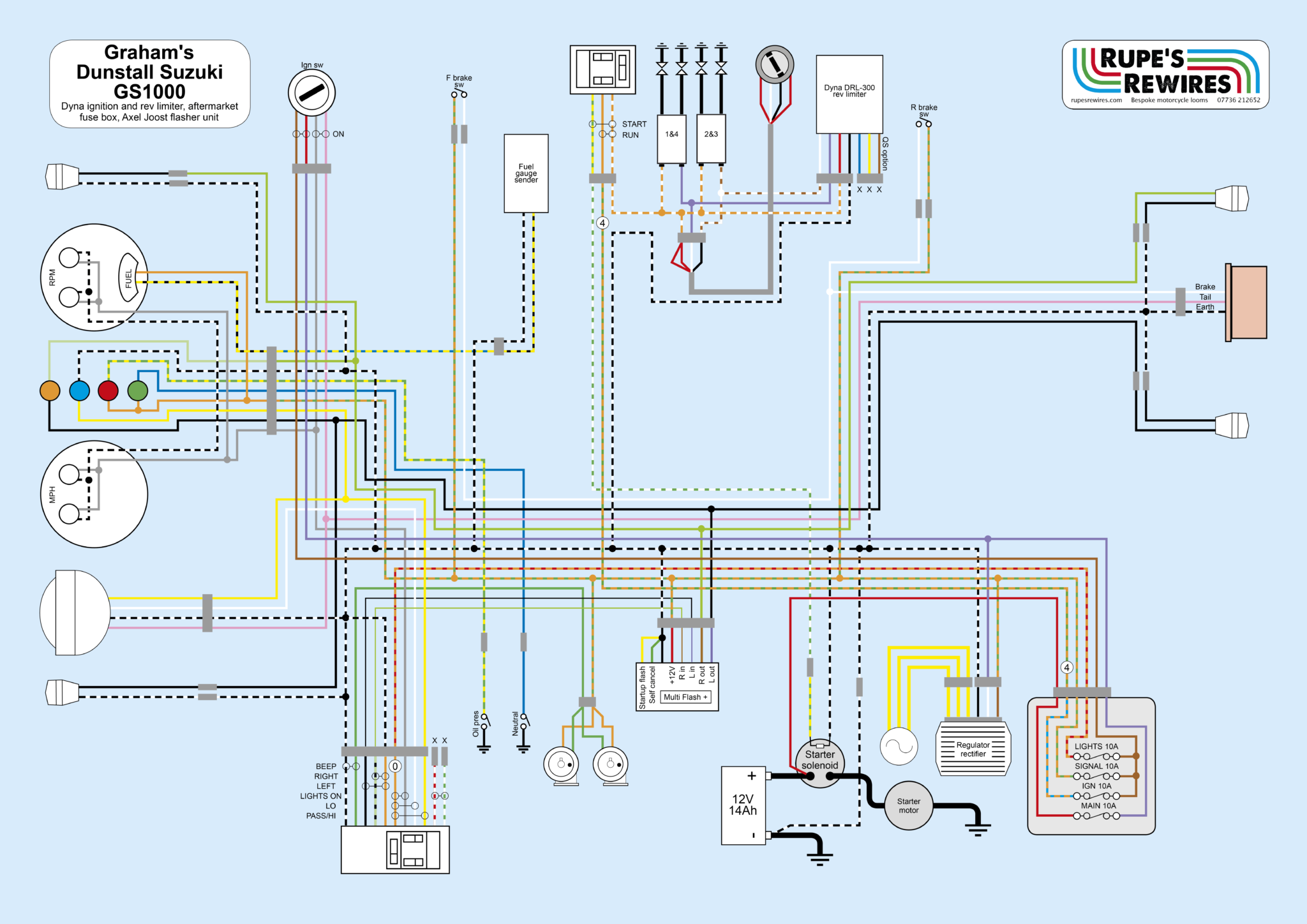 If you were riding in the late 1970s, a Dunstall Suzuki was a wondrous thing – a Japanese superbike modified into an early form of R model with drop bars, trick exhaust, steering damper, sporty fairing and special paint. Each bike was individually speed tested, with the magic figure displayed on the sidepanel. At one point the Dunstall factory employed 80 people.

This is owner Graham’s first restoration, and he’d done a beautiful job. No resurrection of worn-out parts – just the nearest thing possible to a new bike. He hoped he could ditch the unreliable original Suzuki self-cancel flasher unit, so I got an Axel Joost digital one from Digital Speedos. It behaves like a normal flasher unit, or you can tweak it to self-cancel after four or 20 flashes depending on how long you press the indicator switch.

As well as the Dyna ignition Graham had fitted an adjustable rev limiter. Once it’s plumbed in you just turn a knob to set the rev limit.

I found te Suzuki a breeze to work on because there’s so much space – as there usually is on a 1970s/80s bike. Dunstall originally used a modified Suzuki loom which made routine maintenance fiddly. We decided it would be more convenient to have quick-release plugs so that the seat, tank and fairing could come off without fuss.

Once it was done, my colleague Ben Purdy did a detailing job on the bodywork. The pics can’t show it but the finish on the tank is simply amazing.

Graham sent the pics of the finished bike after he’d made a few final adjustments to the bodywork and – after careful consideration – removing the steering damper. If there’s a better example of this bike anywhere in the world I’d like to see it. 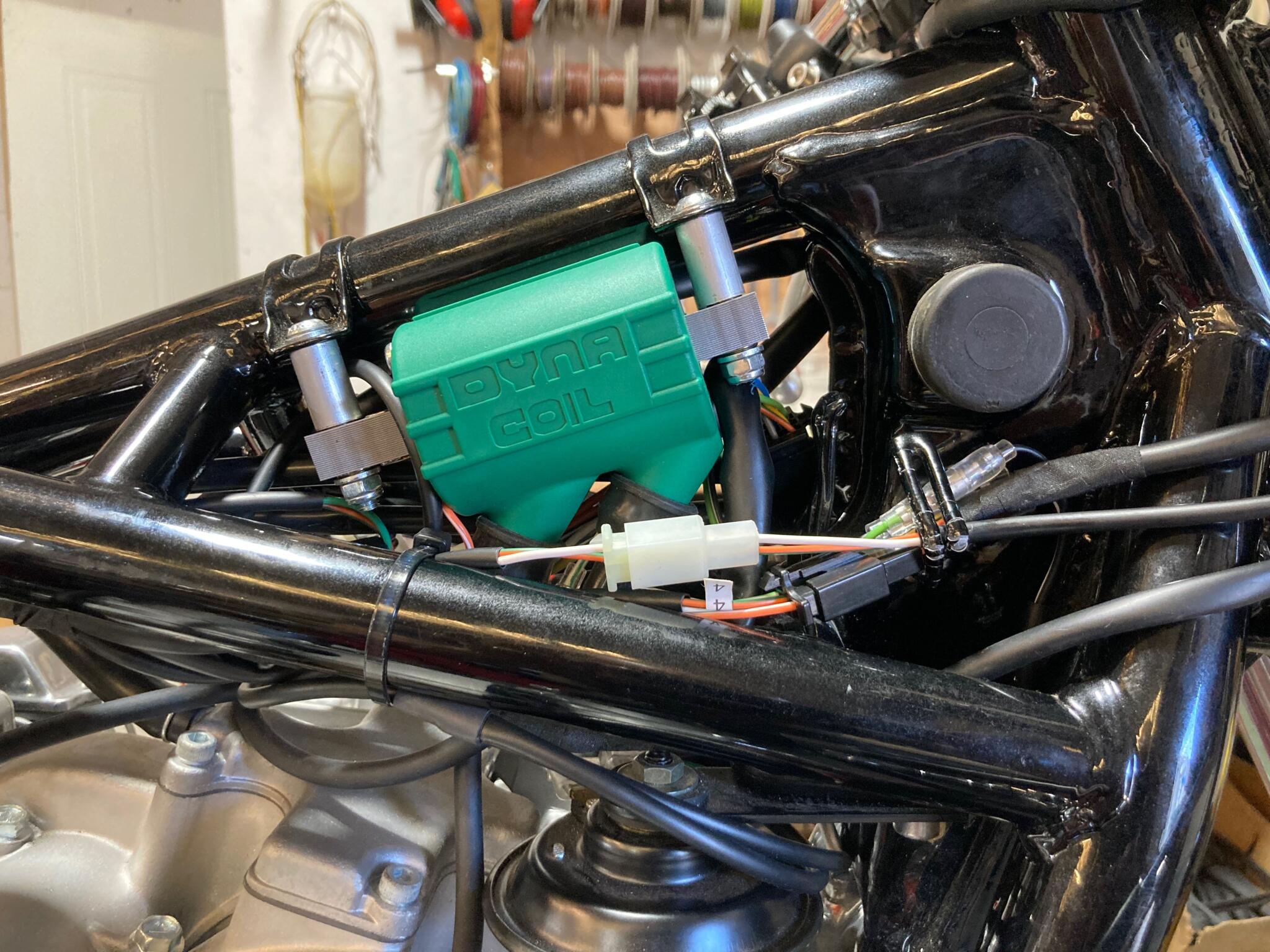 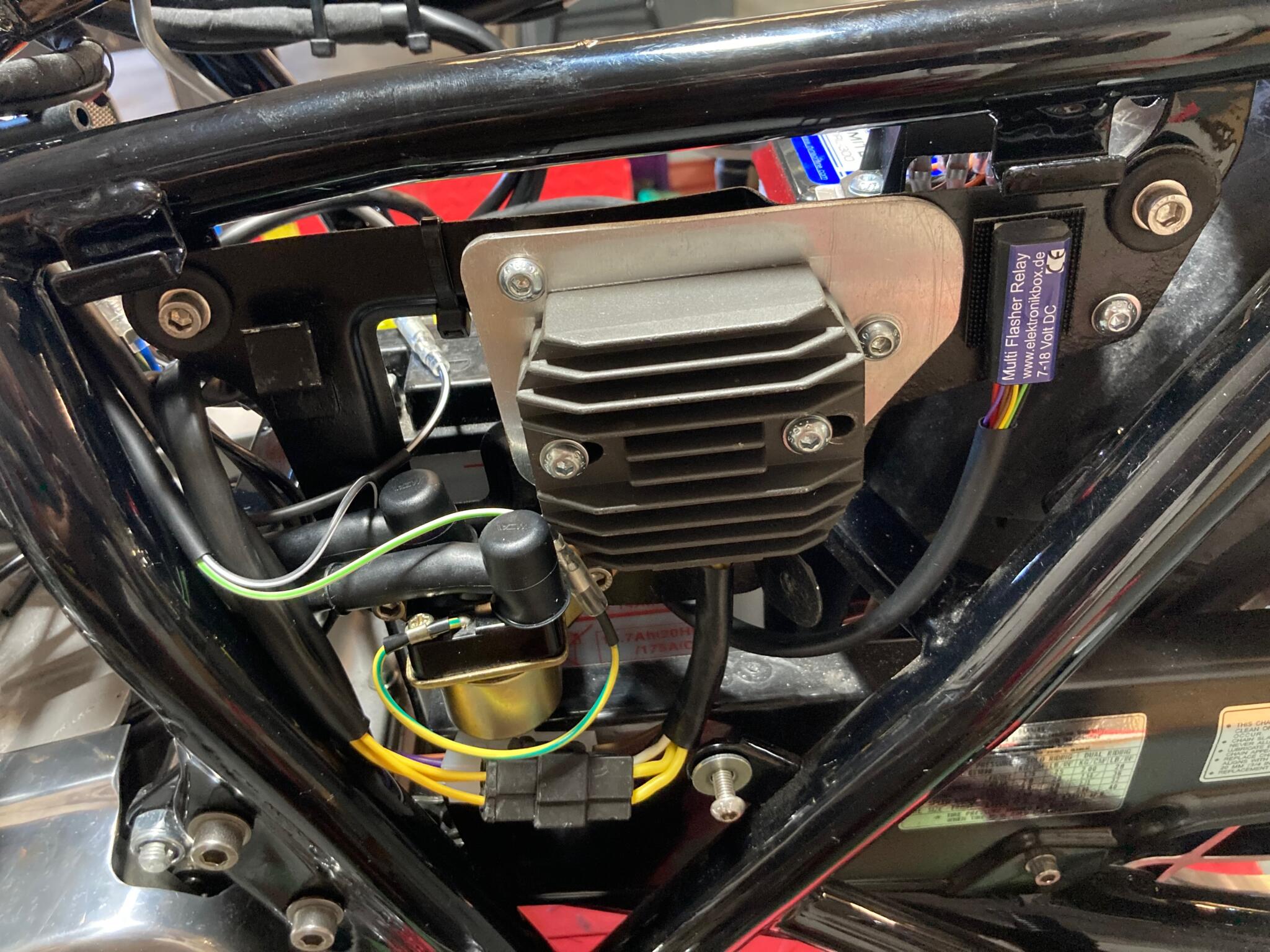 It’s also a good idea to fit a new regulator rectifier. The tiny blue device next to it is an Axel Joost flasher. It replaces the cumbersome original self-cancel flasher unit 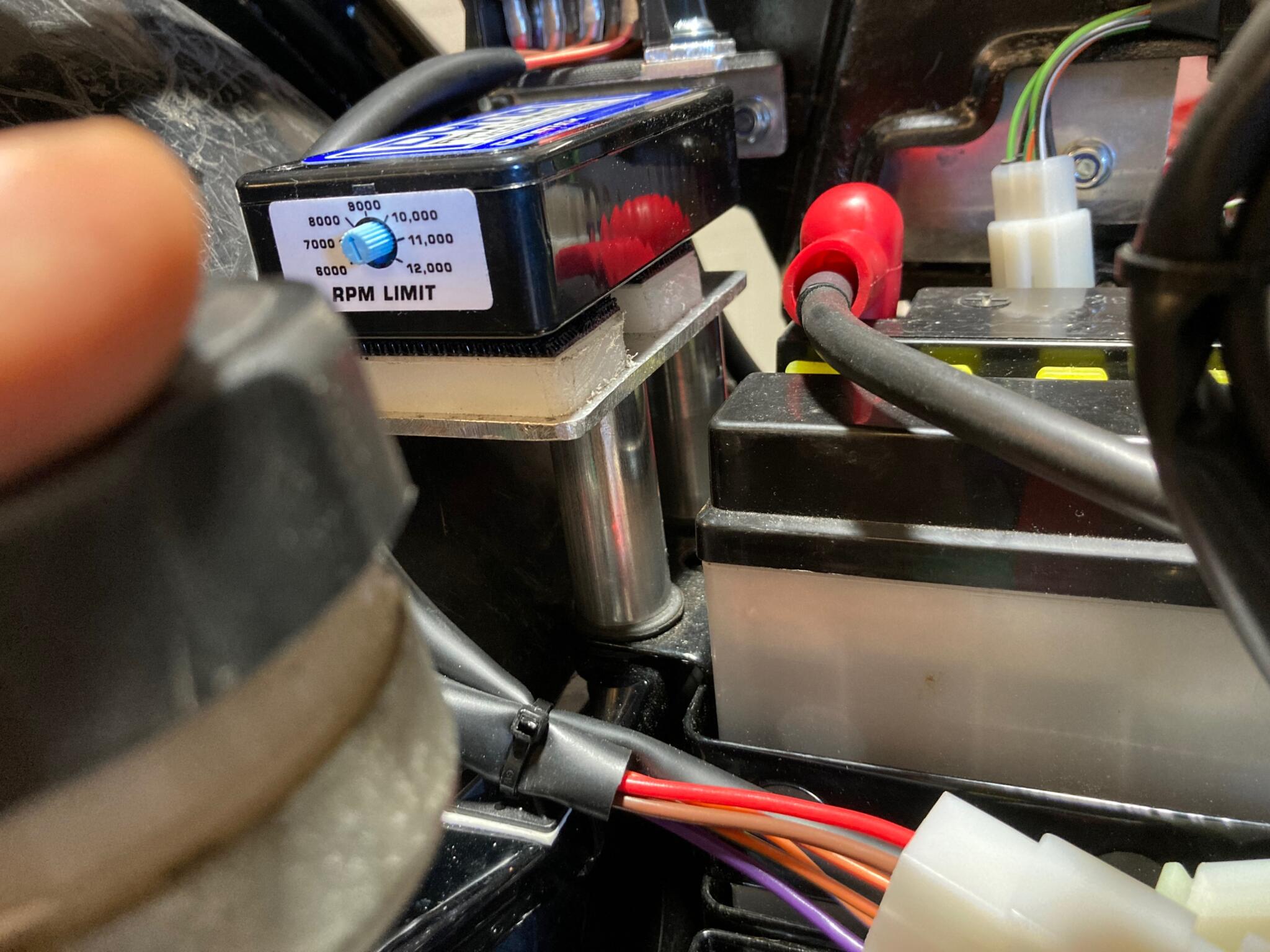 The rev limiter sits on a platform, which is mounted on a pair of tall spacers 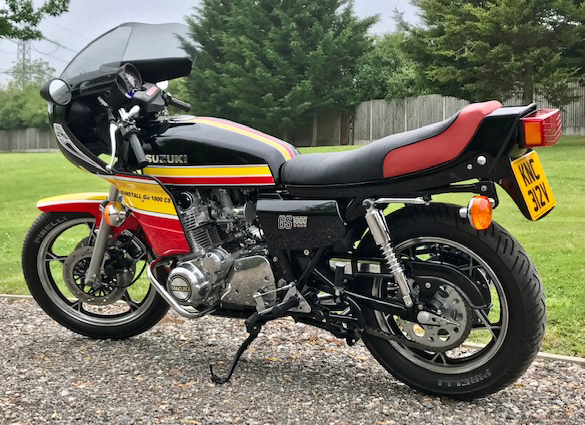