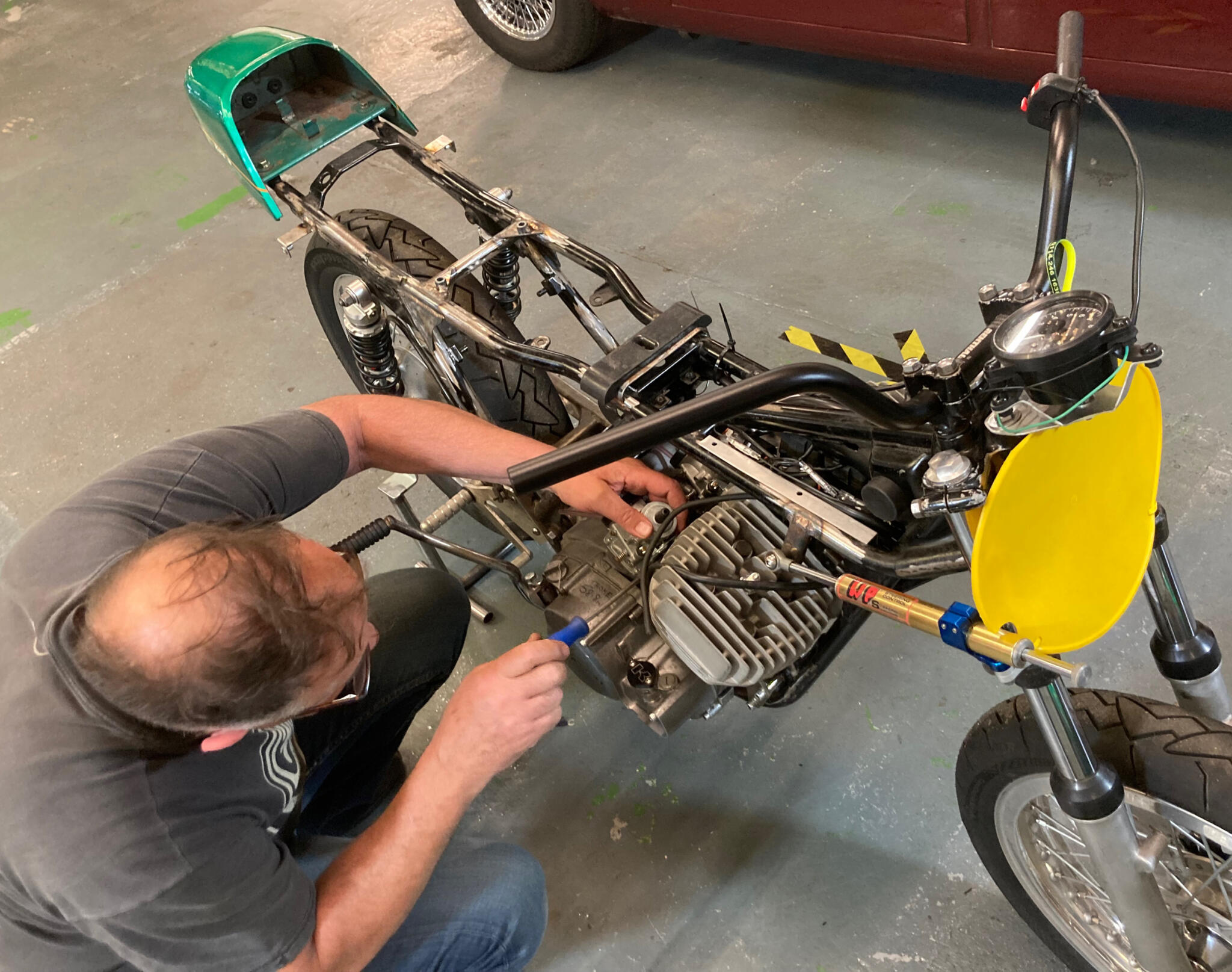 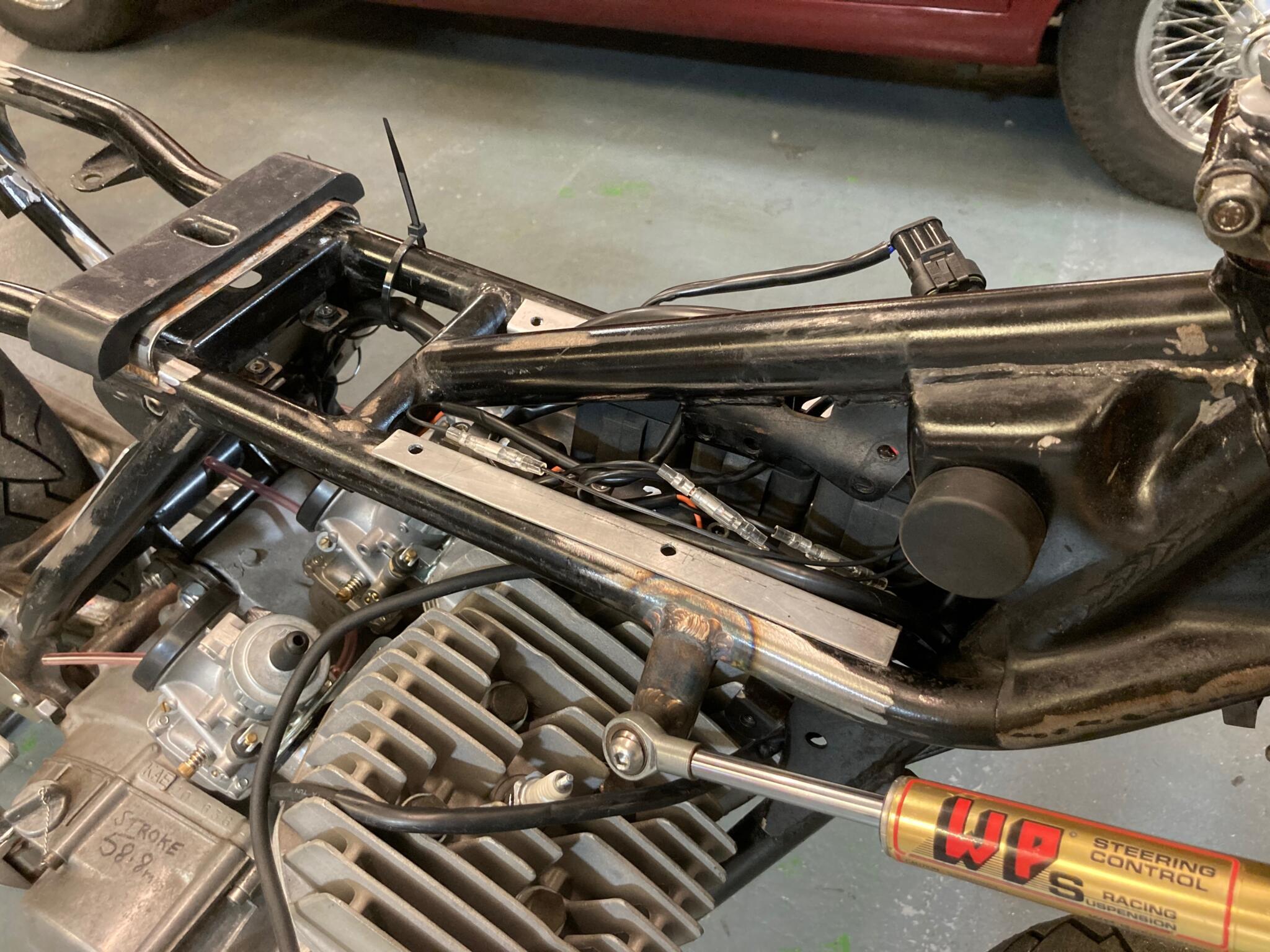 And here’s the ignition tray, with coils this side and CDIs the other. A substantial earth (not visible) connects everything to the engine cases

Triples need quite an elaborate ignition setup, and Mark had already made a tray to house the three coils and three CDI units which he’d bought from Electrexworld. He is of course fully capable of wiring them all up himself but wanted the peace of mind which comes from knowing every crimp and cable is spot on. It’s one less thing to worry about when the front wheel is six feet in the air and you’re screaming.

We did it in a lunch hour, and Mark was good enough to provide, by way of a partial incentive, a pack of Thompson’s Irish breakfast tea. I am ashamed to say I didn’t make him a cup of the stuff. But please believe me when I say that I have since discovered that it is the best I have tasted. Thank you Mr G. 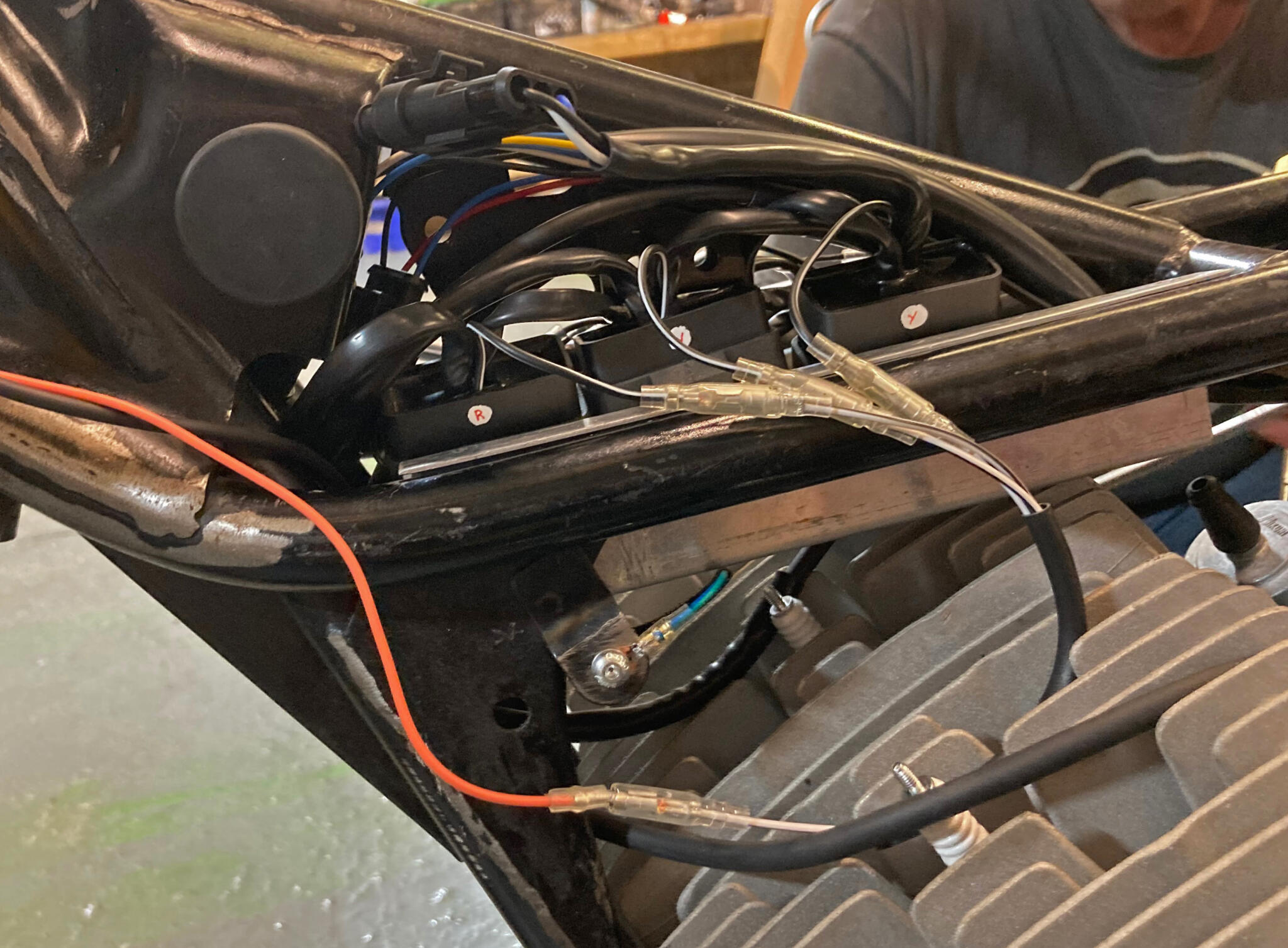 All three boxes are wired thusly to the kill switch on the left bar. Everything is loose at this stage 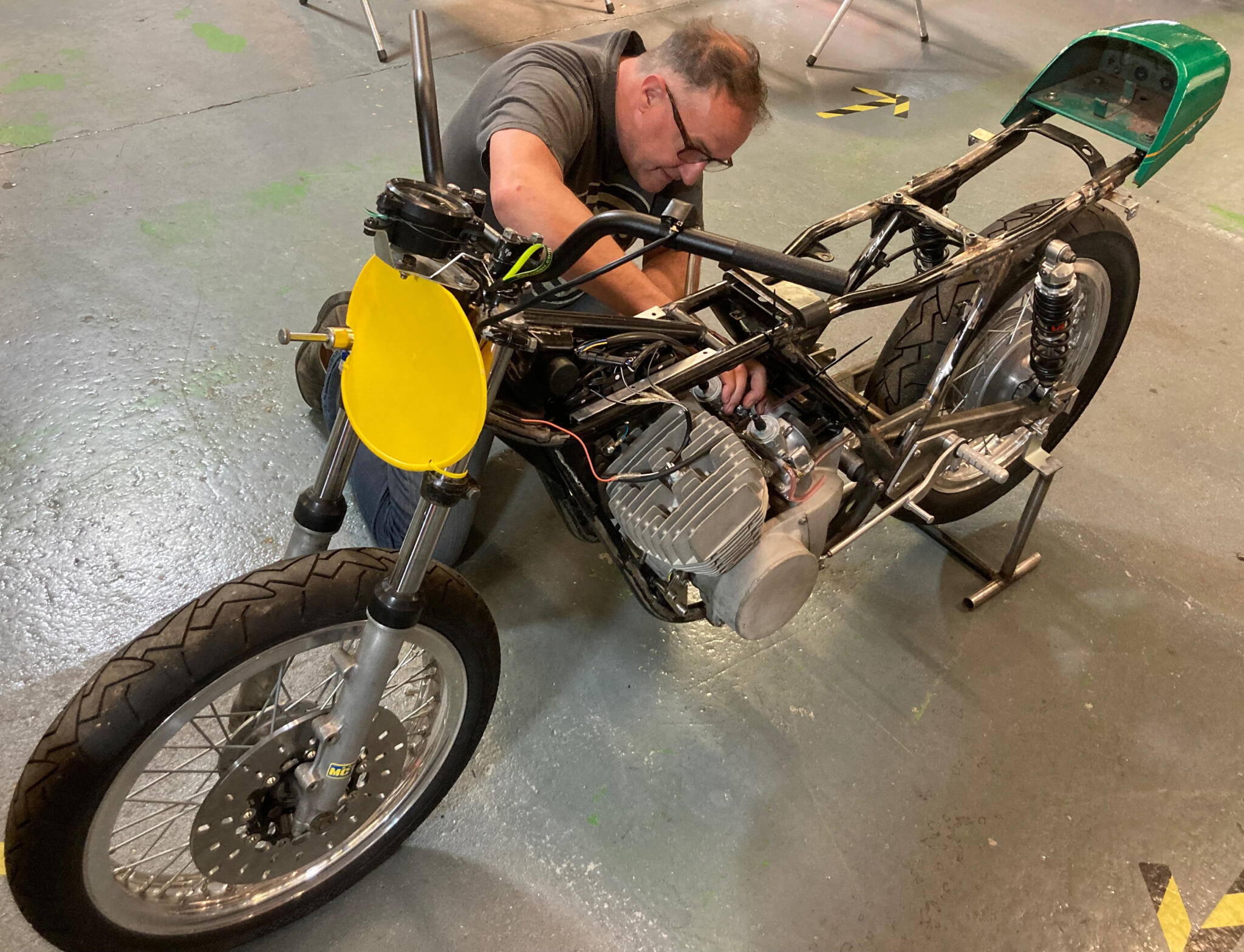