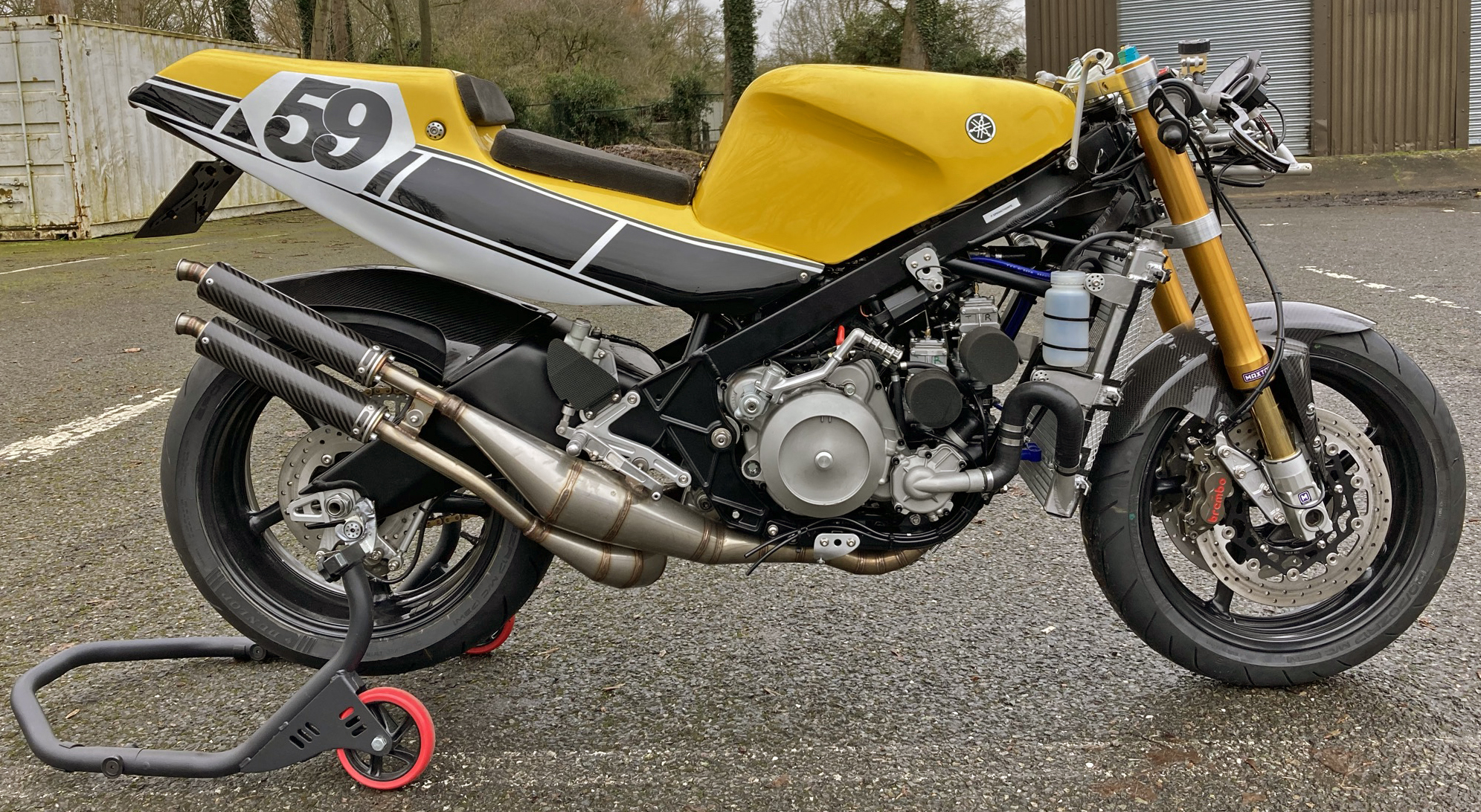 Nothing on this motorcycle is a bodge 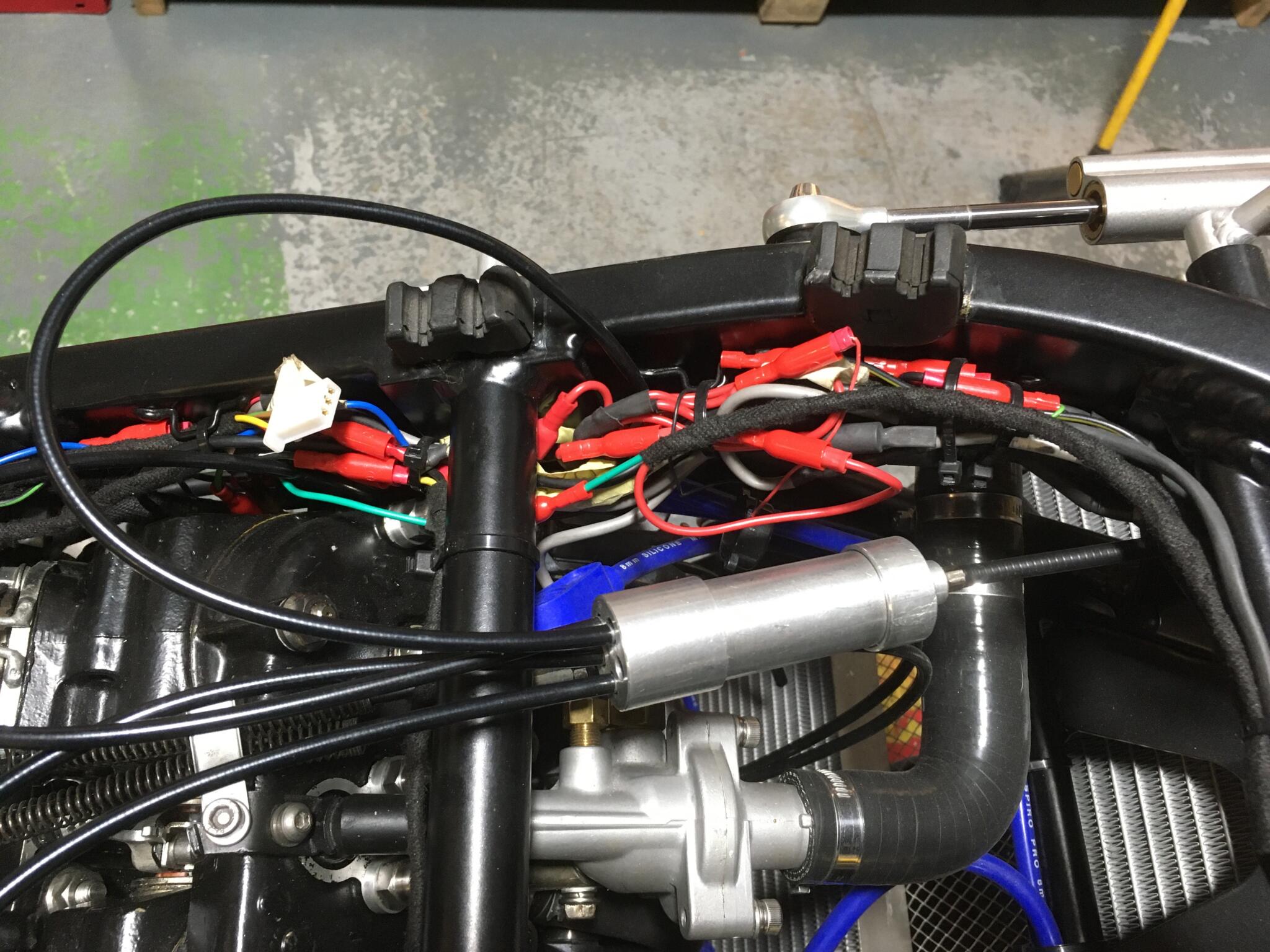 This is the original loom. Everything worked but it’s a bit of a mess 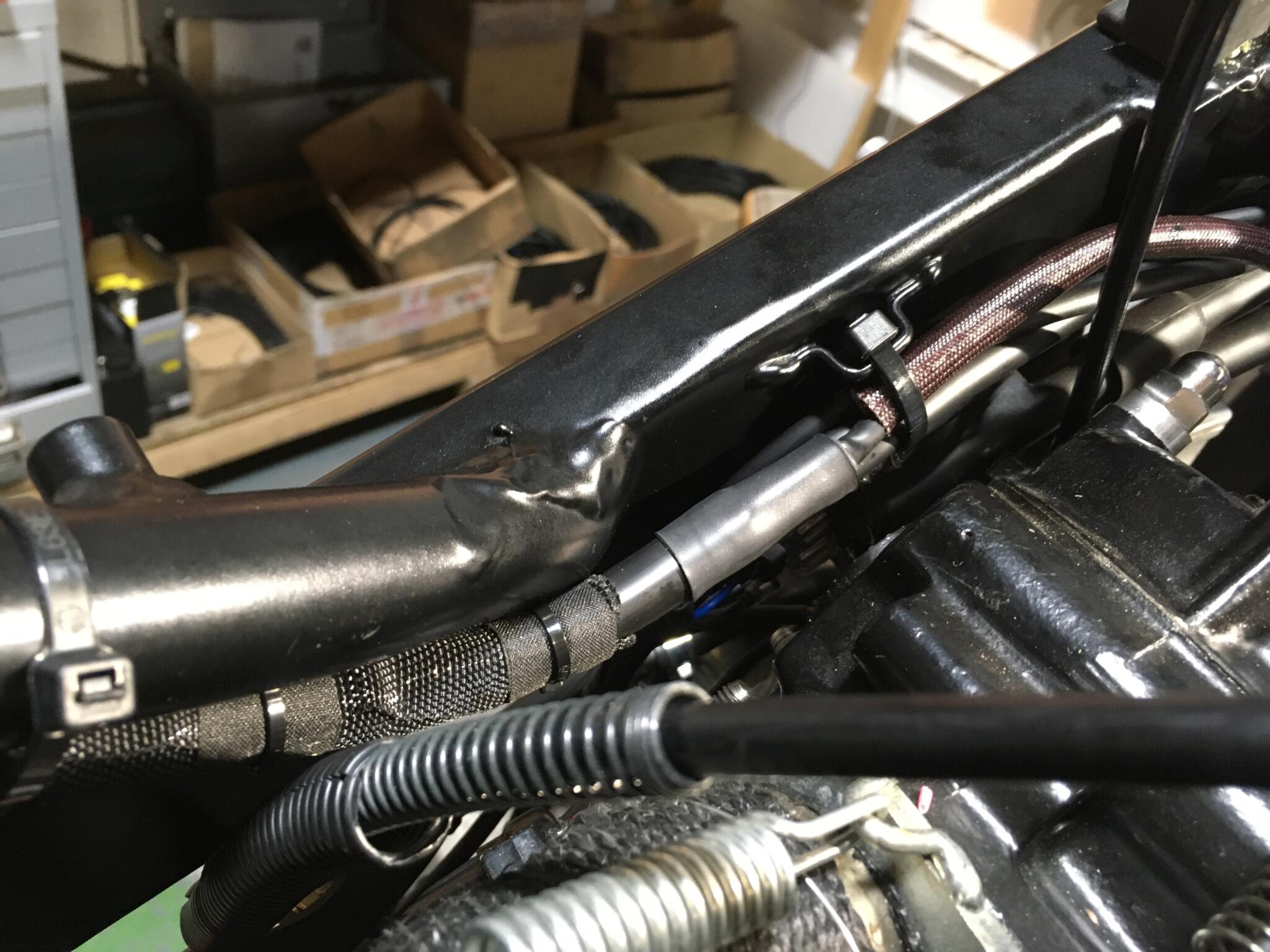 This is the same part of the bike with the new loom. It has to run between the frame and the engine – hence the heat resistant sleeving 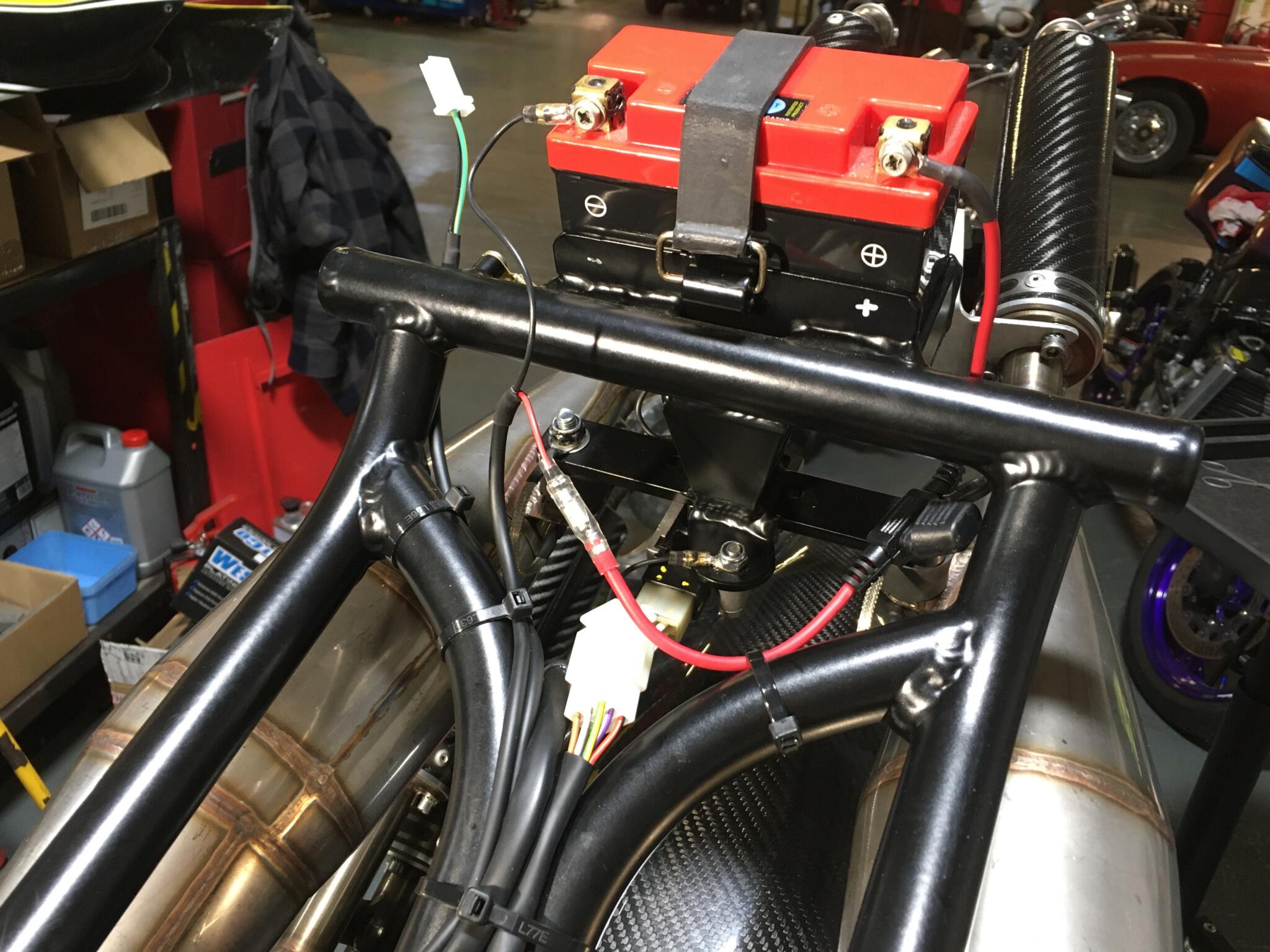 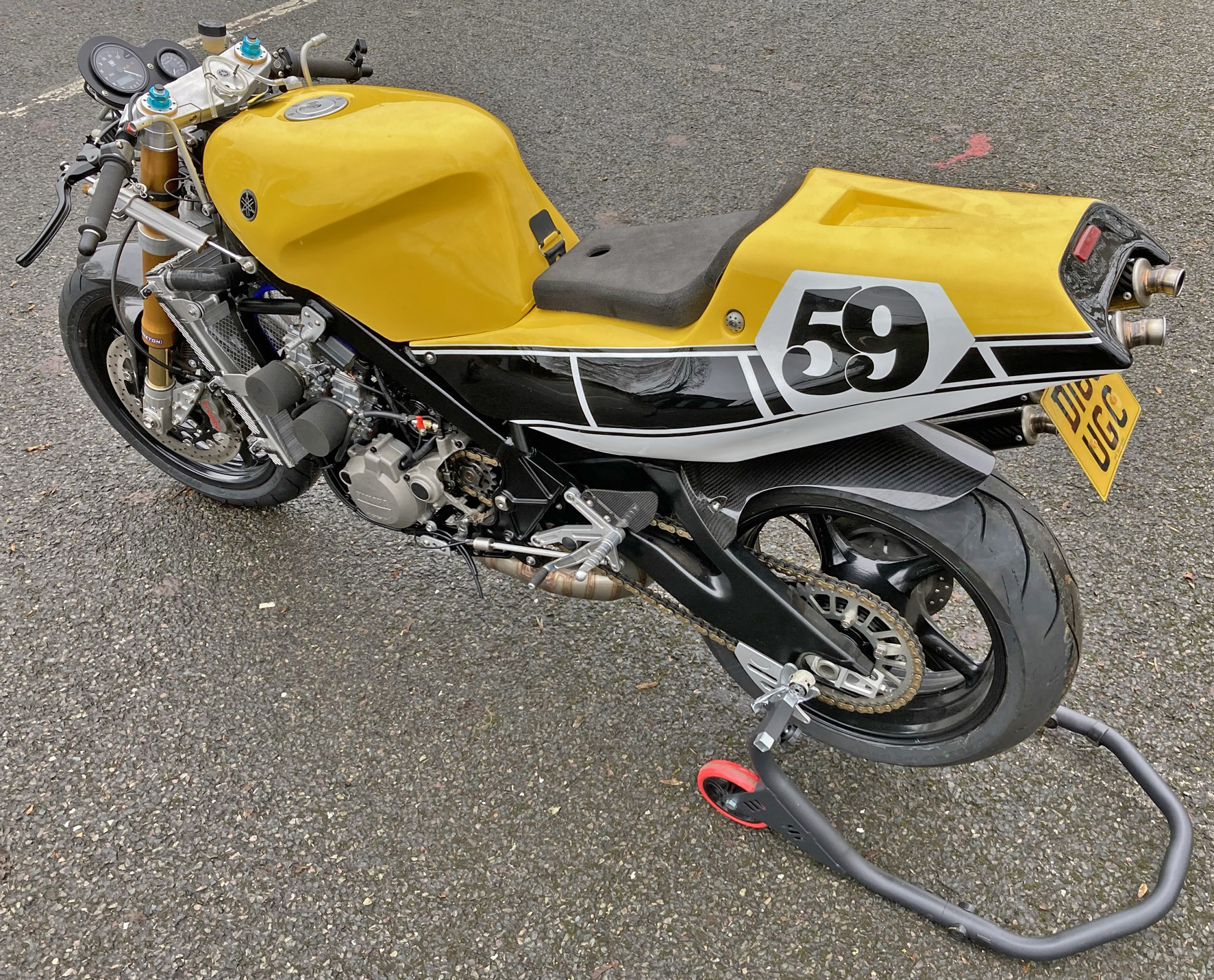 This exquisite motorcycle has taken eight years to build. It was already a runner, but Paul wanted the cobbled-together loom to come up to the standard of the rest of the bike. He also wanted a ‘lights on’ switch to backlight the instruments, and some more fuses.

Paul’s idea is lightness and simplicity, so it’s got a daylight MOT (just a horn and brake light), and the whole machine is built like a racer. The Zeeltronic ignition is an obvious choice for the RD – it runs the YPVS system and can handle lots of other goodies if you like.

The most complicated part of the loom is the SPA instruments. Although they have some bike-only features this is really a car system, and car systems have lots of separate inputs. But the finished console looks exactly right.

We don’t often get a bike this classy through the workshop. 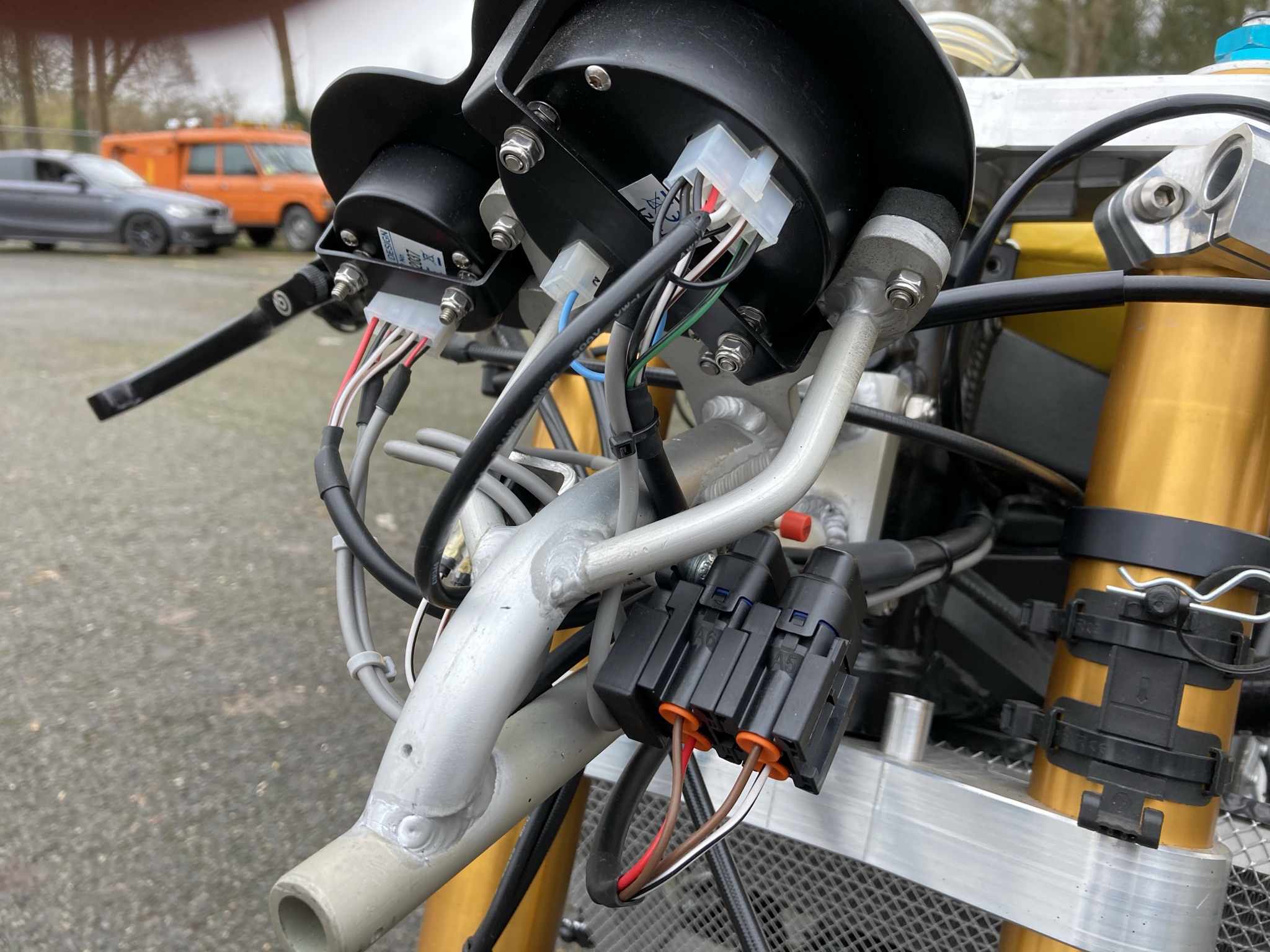 The SPA tacho and temp gauge have several separate inputs; this is as tidy as I could get it 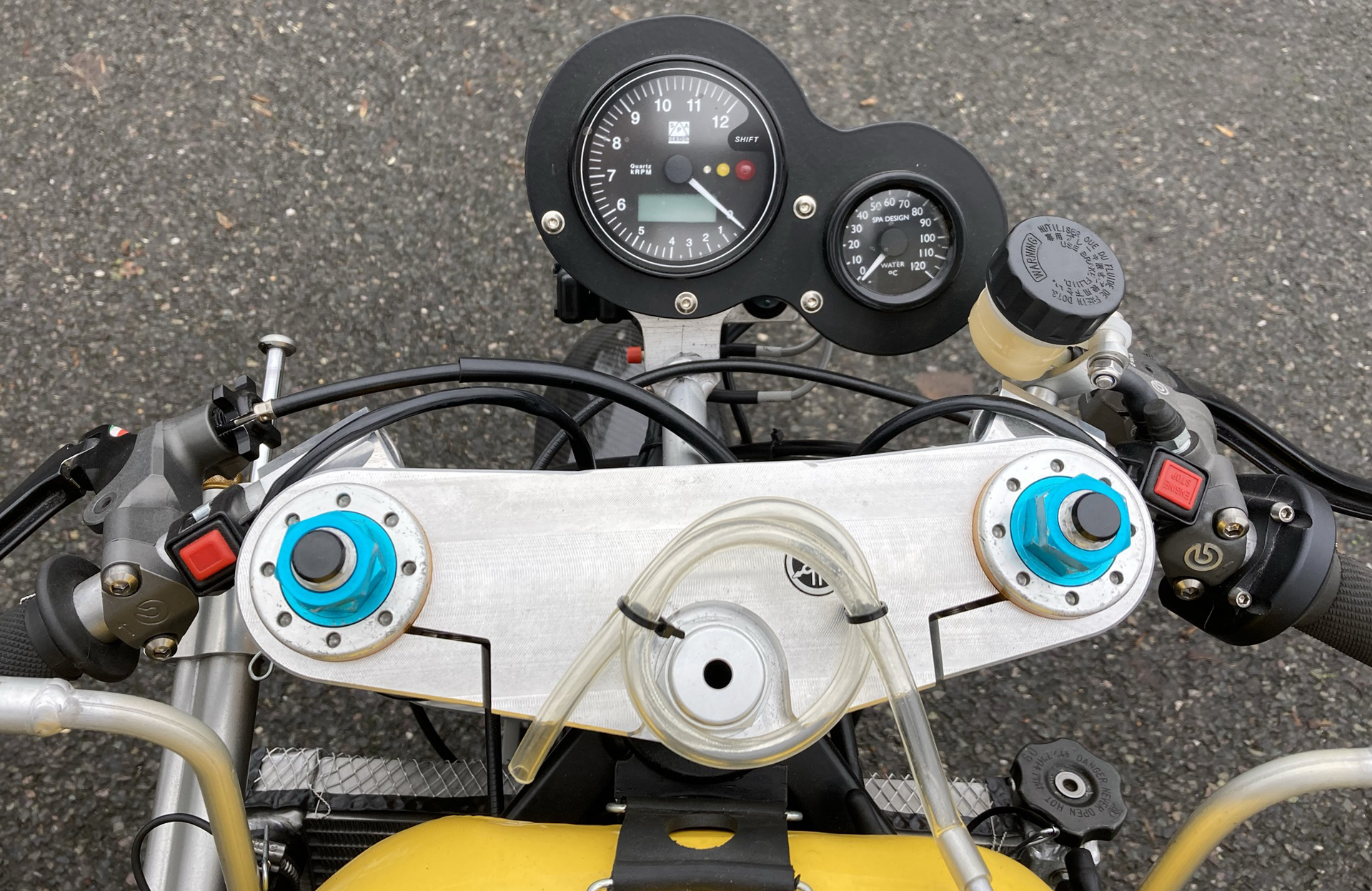 The clocks are hugely tunable for lighting and functions 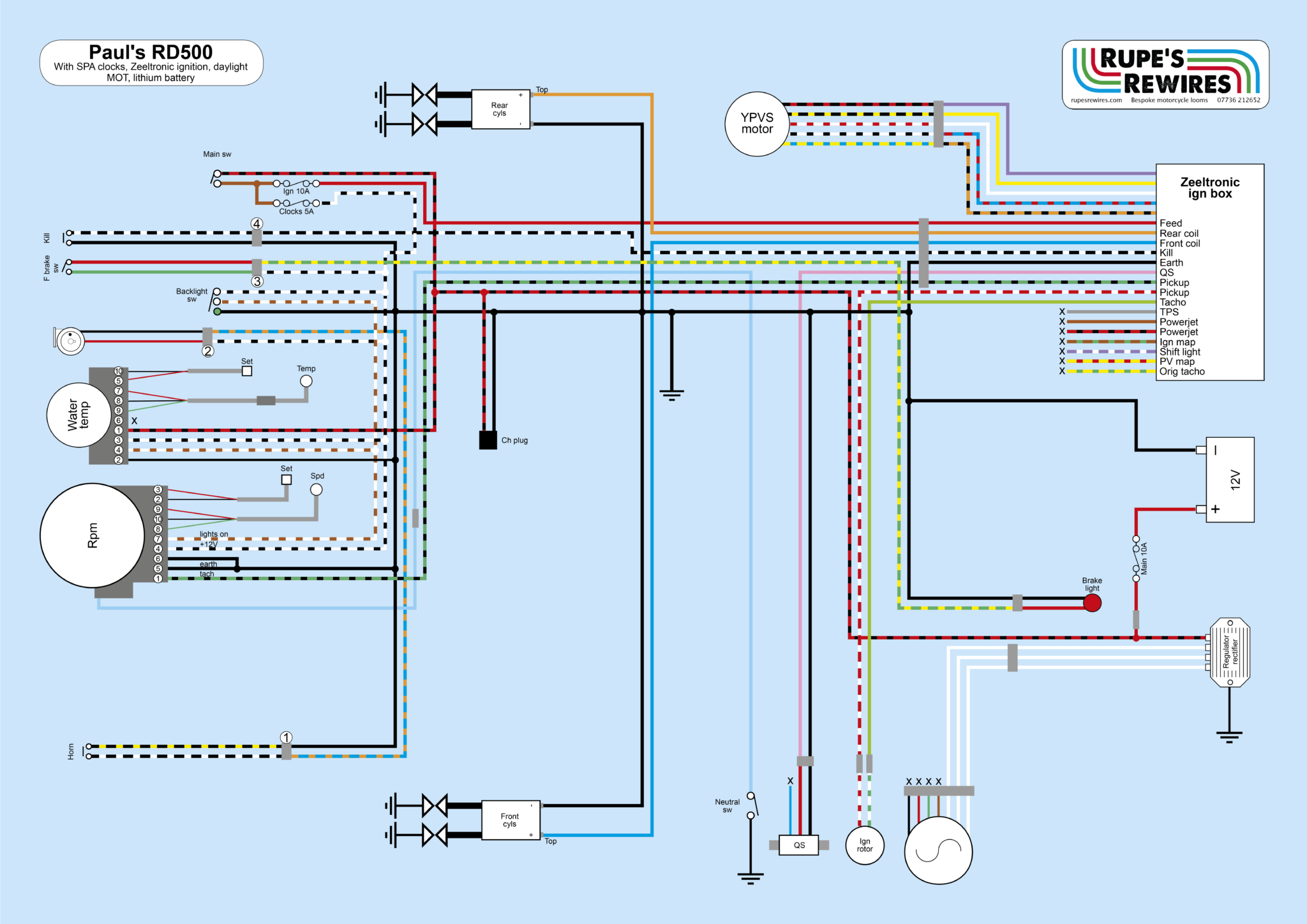 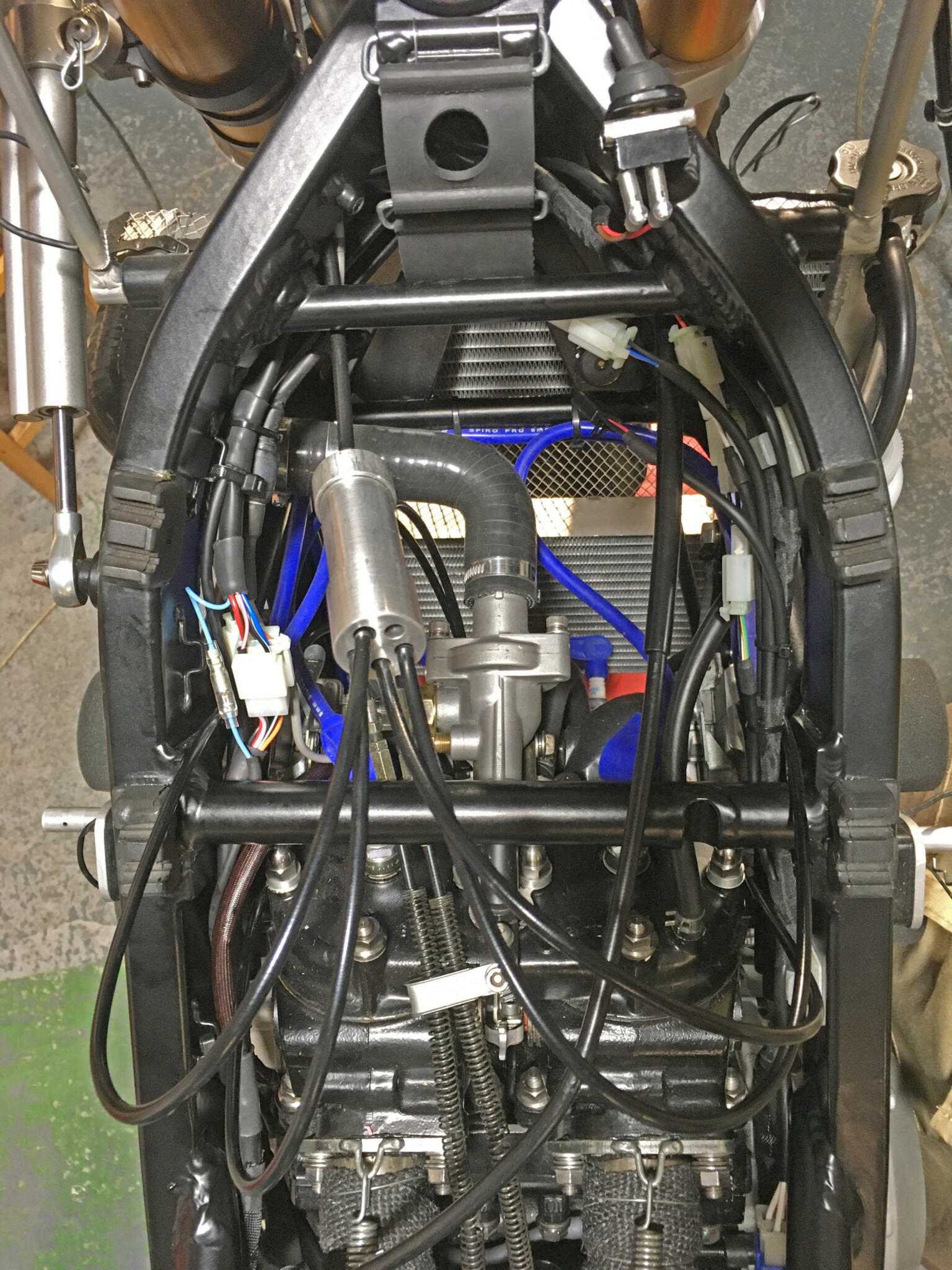 The loom runs either side of the engine, inside the frame beams