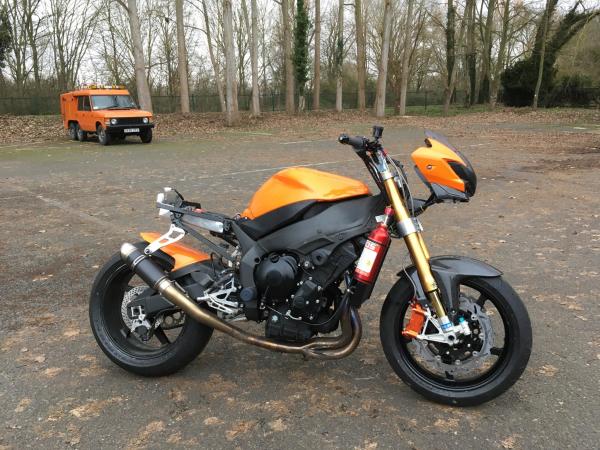 Two orange vehicles. One a tad faster than the other

Glenn has spent many hours building this wide-barred, naked former sportsbike. It consists of various bits from other bikes, for example Aprilia Ohlins forks and yokes, Chinese brake calipers, a breather tank disguised as a nitrous bottle, and a US-spec loom which I adapted and fitted last year. At the time the engine wasn’t a runner and some of the peripheral parts were still to be sourced, so testing wasn’t possible. When Glenn finally got the bike assembled and running he found it died every time he put it in gear. So he brought it back.

If the motor starts in neutral, then dies when you select a gear, the prime suspect is the sidestand switch. A test with a meter showed it wasn’t working. Earthing the feed to the switch confirmed it: the bike worked fine in all the gears. Total time: 20 minutes. Shortest job of 2020 so far. 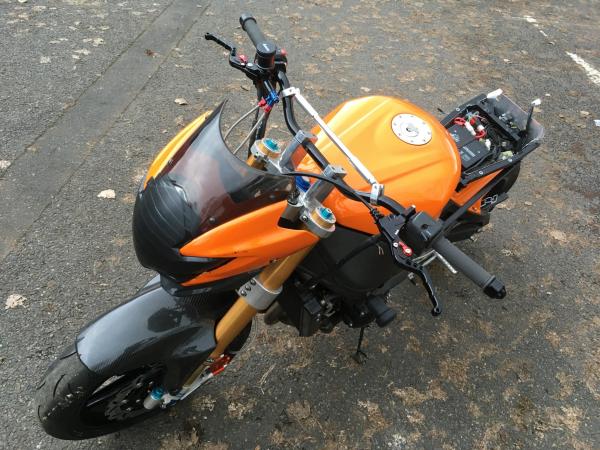