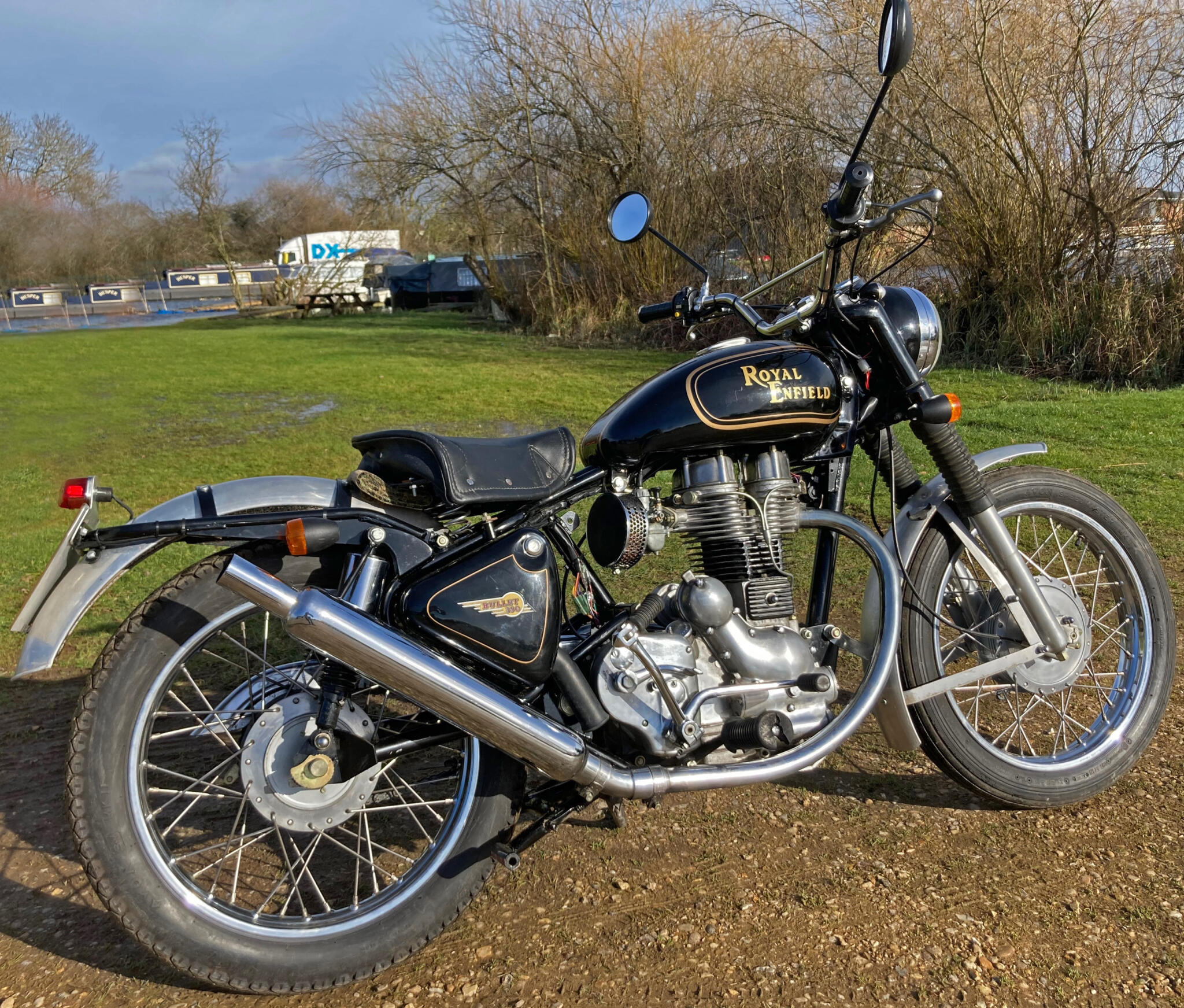 I decided to run the throttle cable motocross style, to avoid the snappage caused by it having to turn 90 degrees as it emerges from the twistgrip

Dan brought the bike to the Rupe’s Rewires laboratories with a strange problem. The bike was 20 years old, but it had only done 217 miles. Nevertheless, it had been causing grief. He’d taken it to a shop and a friend, with partial success. It wasn’t running reliably.

As a secondary issue, Dan had fitted some wider bars (he’s tall) and run into the usual issues: the handlebar switch wiring was no longer long enough, and nor were the cables.

The cable issue was simple in theory: just get longer ones. Trouble is, the longer ones sold by Enfield experts Hitchcocks were too long. Next we tried a buying four separate cable kits from Venhill. Even then I had to spin up two nipples on the lathe, because Enfield clutch and decompressor cable ends are distinctly odd.

The ignition was tricky: the kill switch had been disconnected, and the coil had been hotwired in a quick ‘n’ dirty repair (Why? The bike is almost new!). Hitchcock’s provide a wiring diagram on their website, but it doesn’t show a kill switch. When I finally figured it out I realised there were two black and red circuits with different functions, and two red and white ones as well. Maybe it was built wrong? Who knows? What I can say is that Indian Enfield wiring looms appear to have been manufactured as quickly as possible, from the cheapest materials available.

It started first kick, and provided my first go on a 350 Enfy. It’s much like a 500: relaxed, basic and completely charming. But if I owned one I think I’d make my own wiring harness for it. 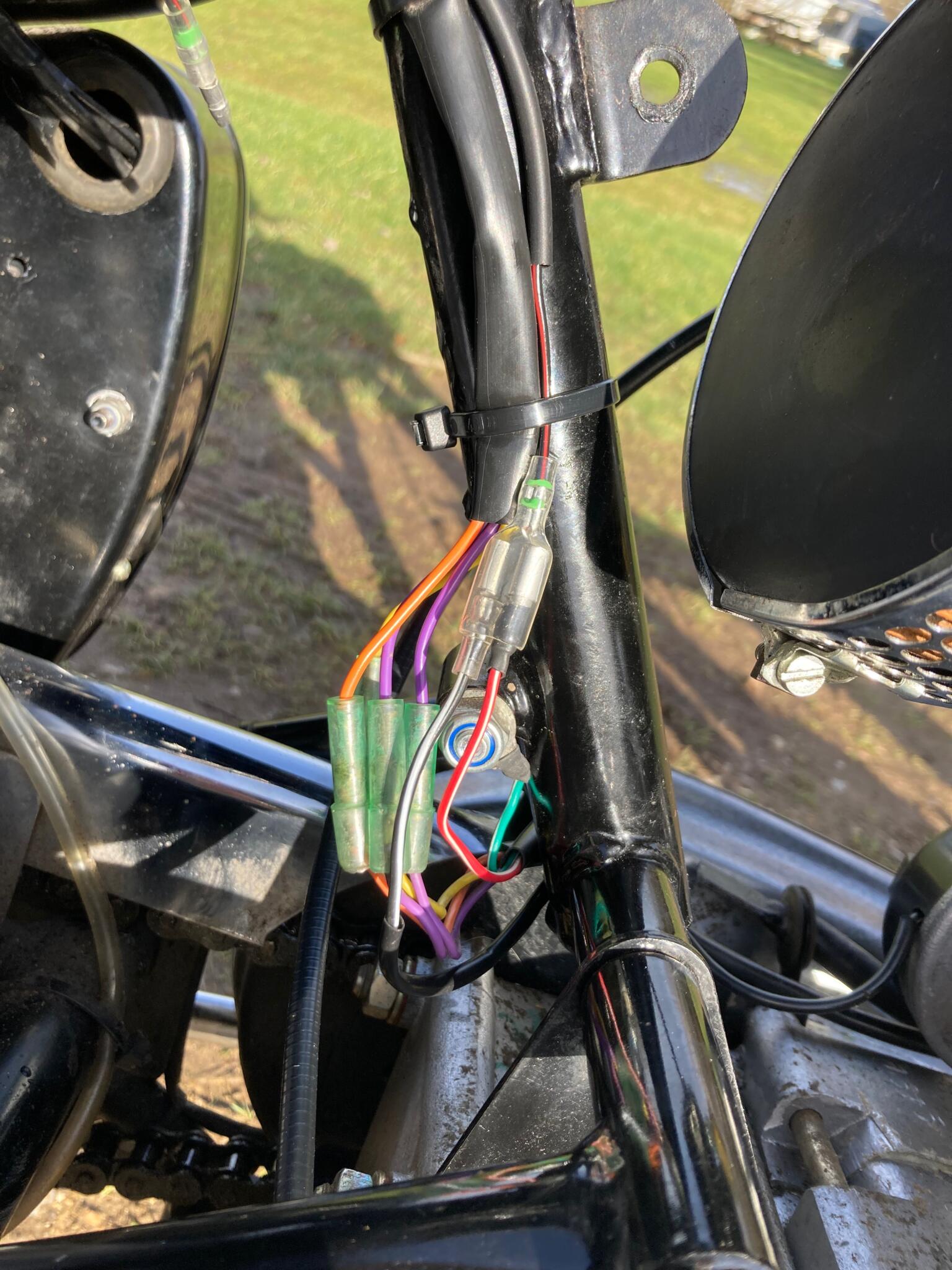 Amazingly, this is how they come, with the stator wires in full view 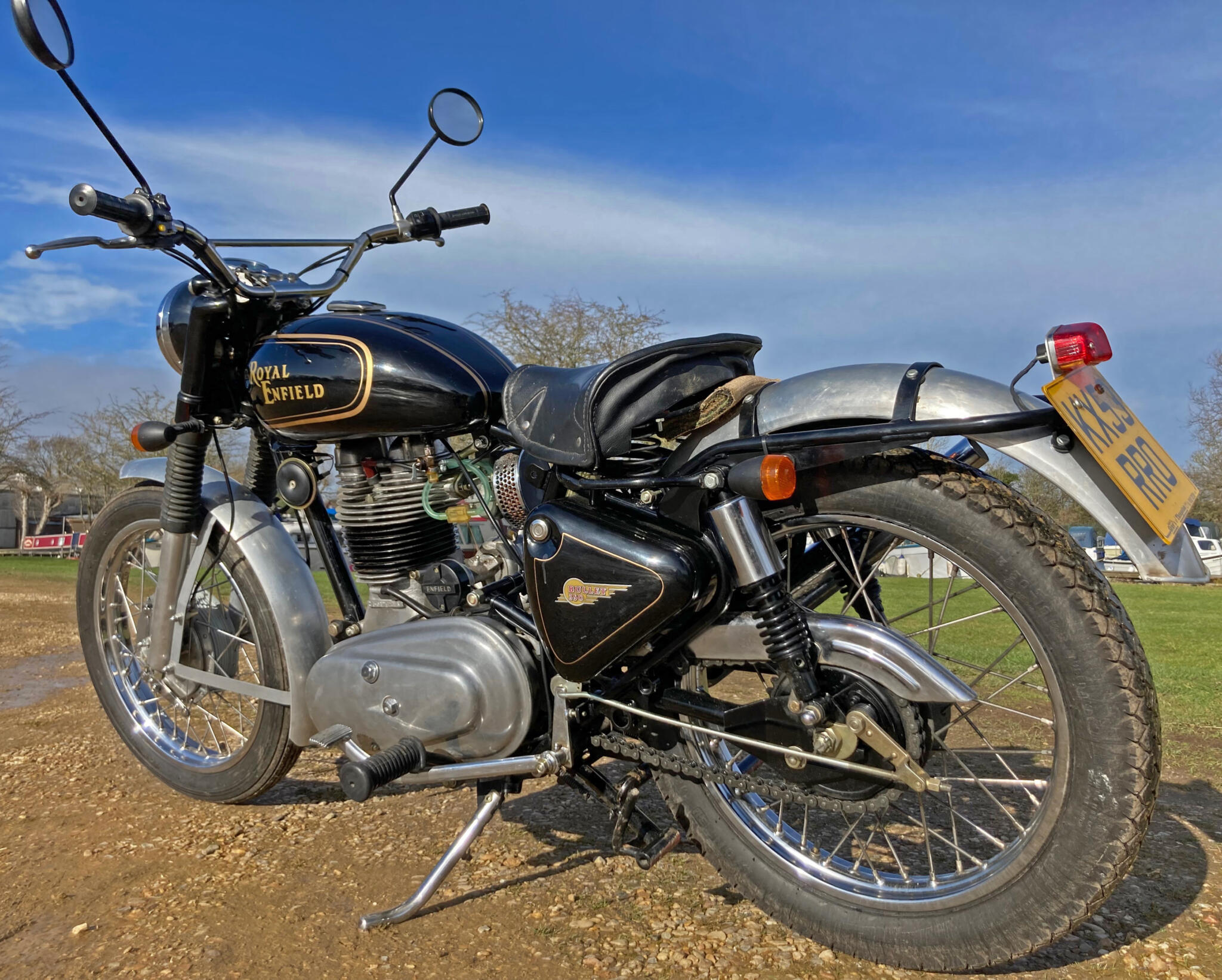 With a bit of luck, the next 20 years should be less problematic