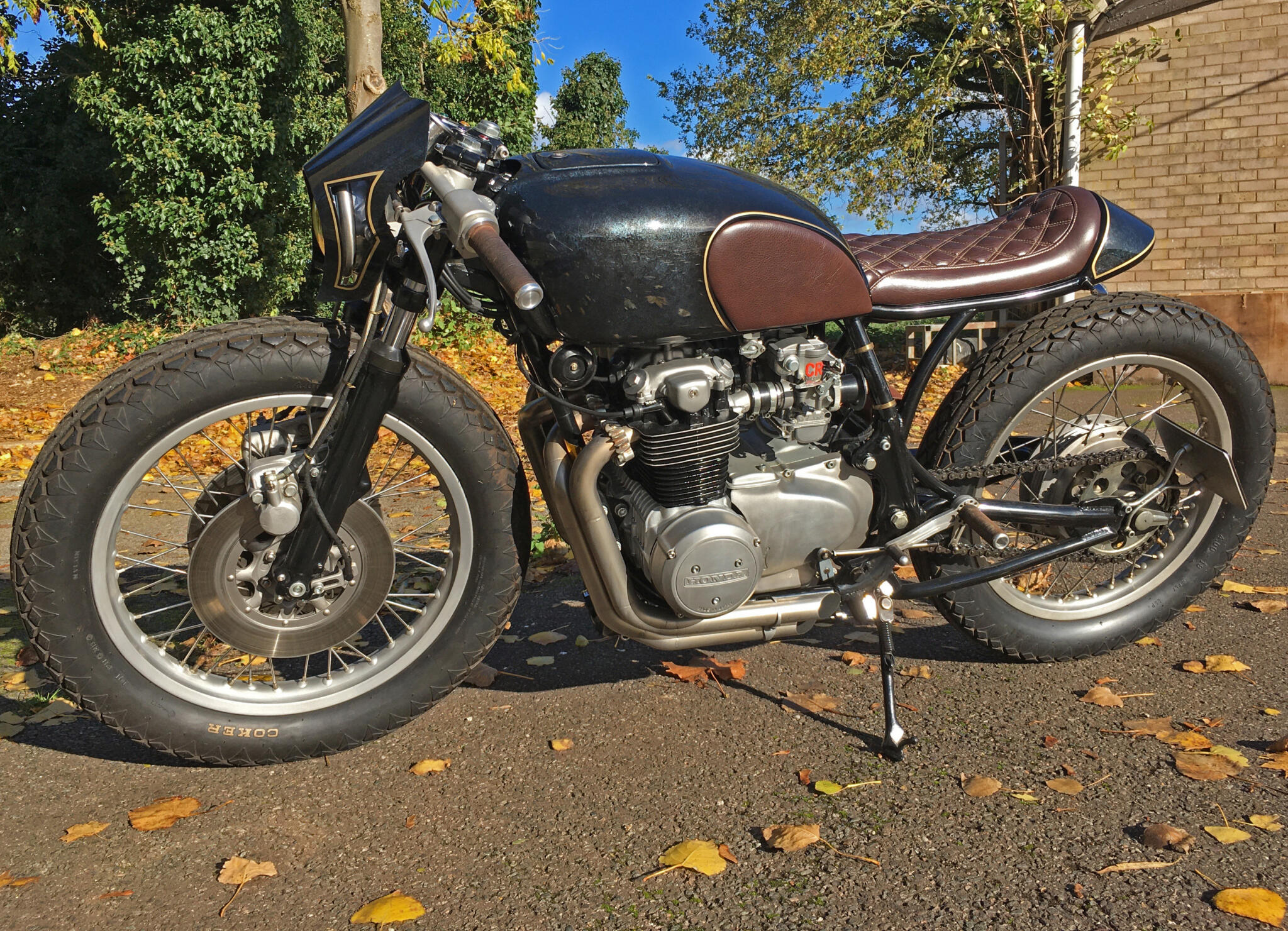 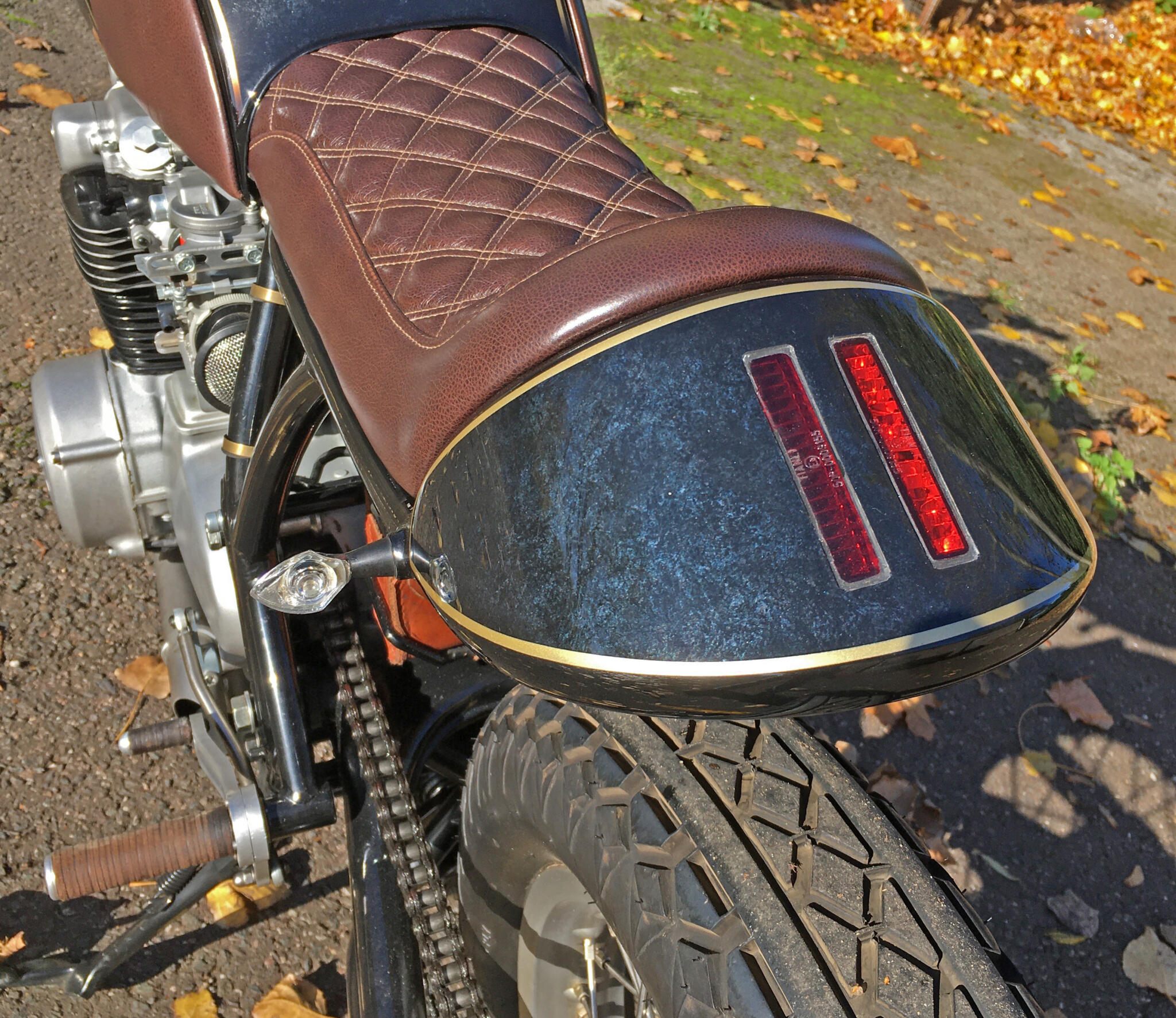 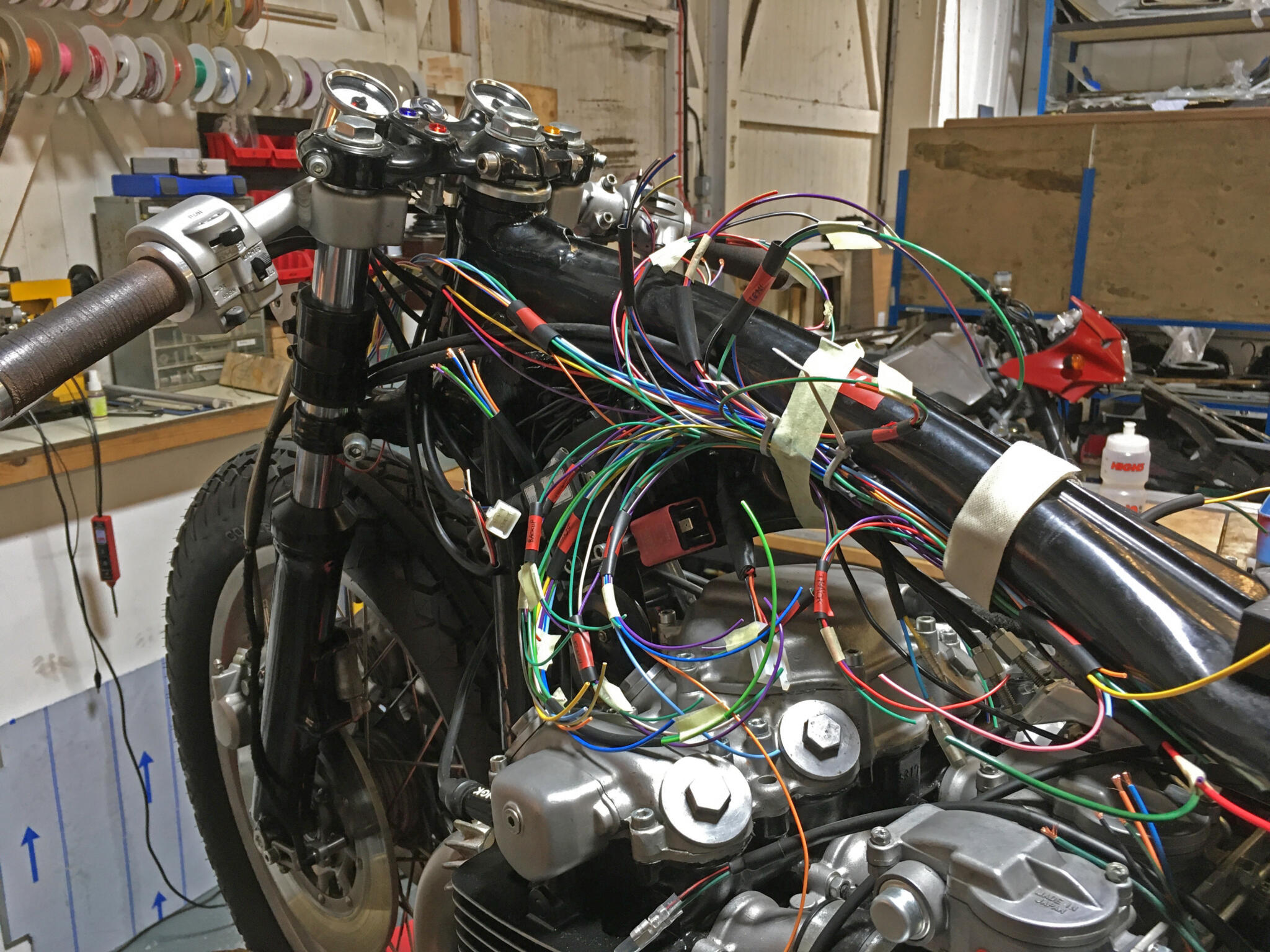 The same place a bit later. The small heat-shrunk bits are Deutsch pins which save space 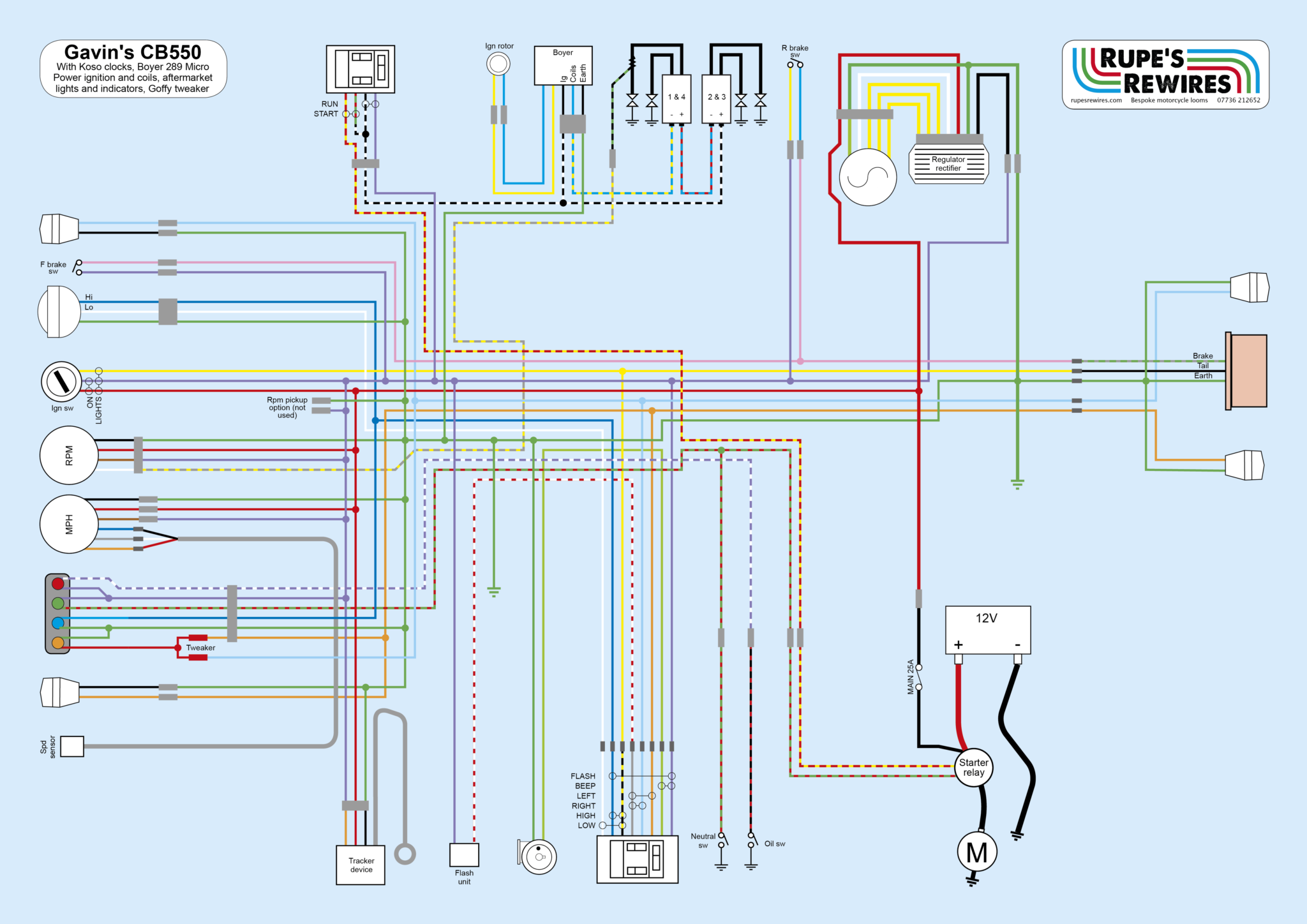 Gavin has owned the bike since it was custom built by Old Empire Motorcycles in 2015. In fact, here is the original story.

It’s an incredible piece of work, with a completely revised back end to the frame, underslung rear shock, reduced fork travel, stub exhausts, bespoke bodywork and twin discs. It’s also festooned with small, one-off details which most people don’t bother with. Just check out the clamps holding the exhaust outlets together.

Gavin had noticed small electrical glitches starting to appear. As the original loom was one big piece wrapped in fluffy tape, he decided the bike needed a fresh start. This turned out to be a long job because all the wires for the peripherals had been cut to the minimum length, so they needed very careful extending. The 45 year-old switchgear also needed some TLC. But eventually the bike was ready for the actual loom build.

It was a good challenge: to keep the bike’s gorgeous uncluttered lines, everything had to squeeze into a small area under the tank. Where possible I used 11A wire, which is thinner than the usual 16.5A, so you can cram more of it into a confined space. The previous loom had hardly any connectors, but I added lots more so that if an elderly component failed it could be replaced without making yet another entire loom.

The finished harness is virtually invisible, and certainly less so than the one it replaced. Which makes it worth all the time and thought. 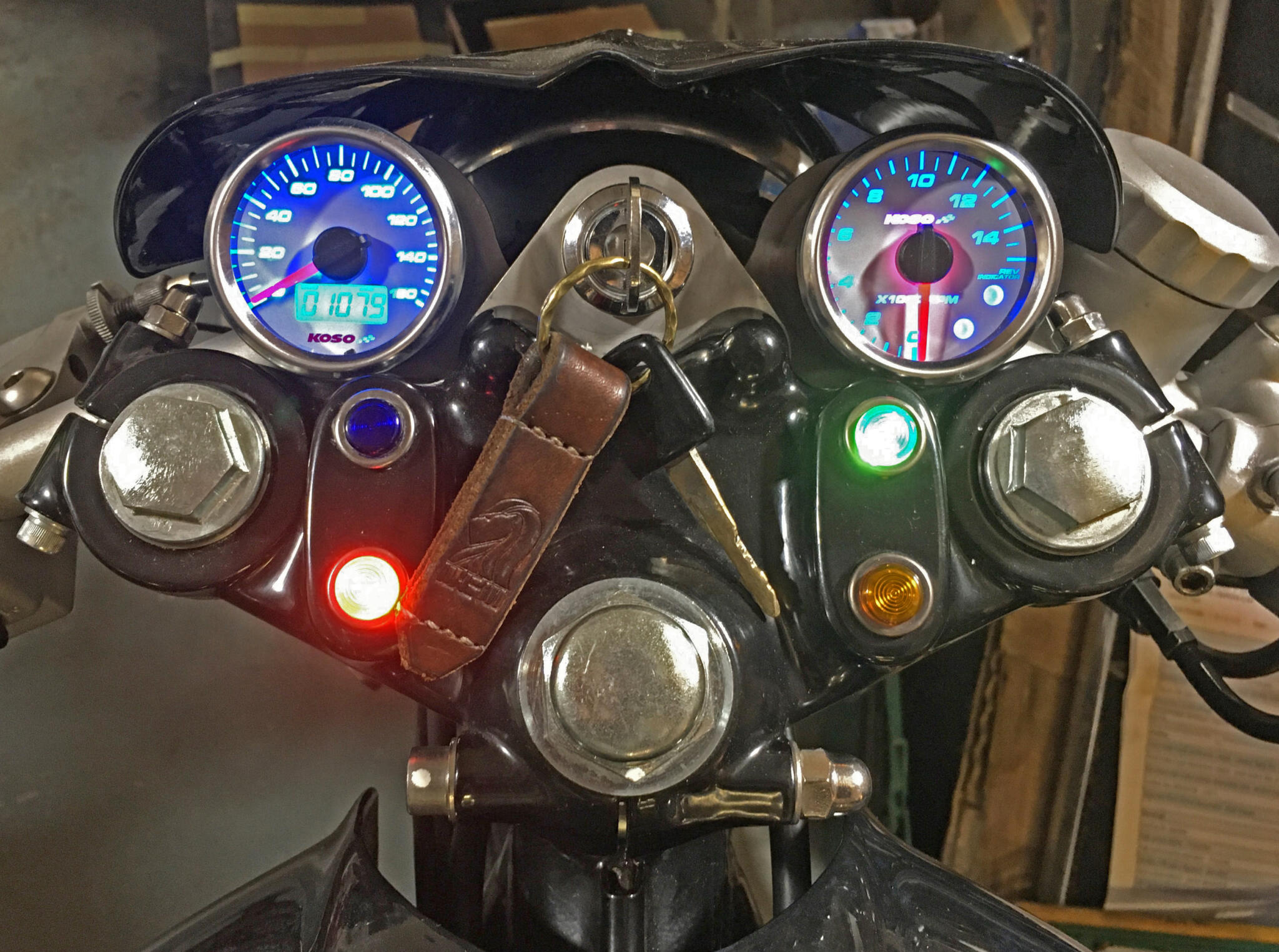 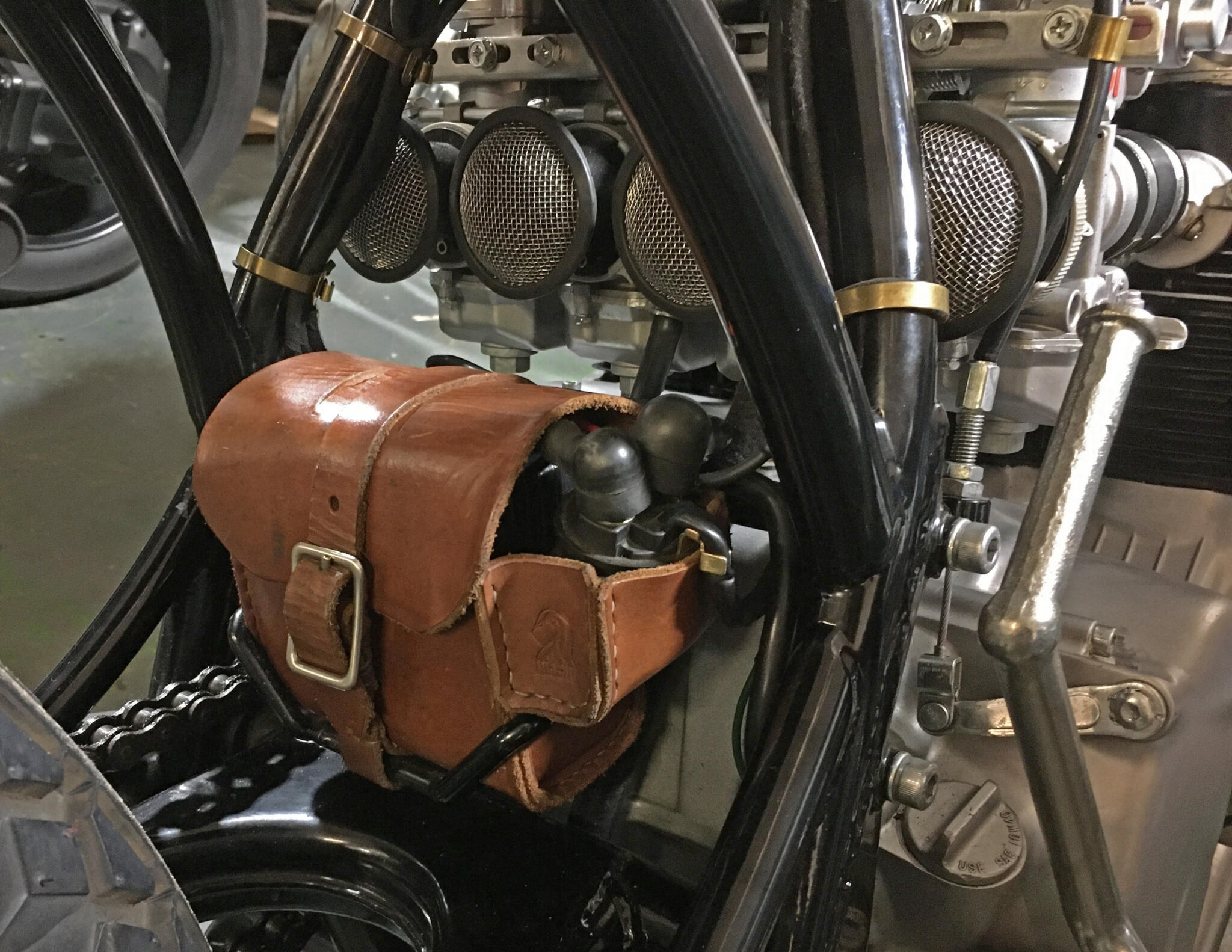 Lithium battery and solenoid live in a hand-stitched satchel 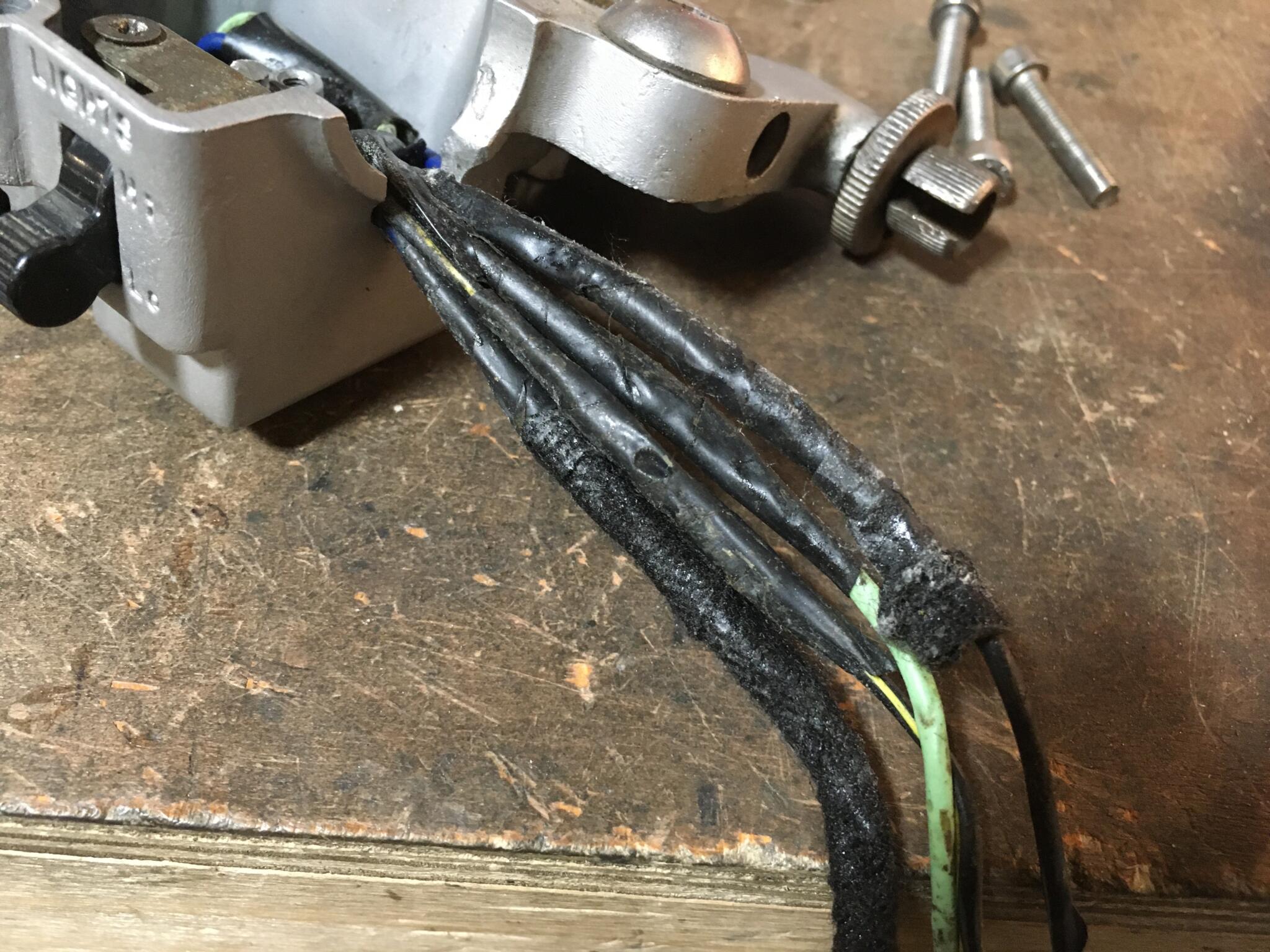 Heavy duty repairs on the switchgear were starting to play up 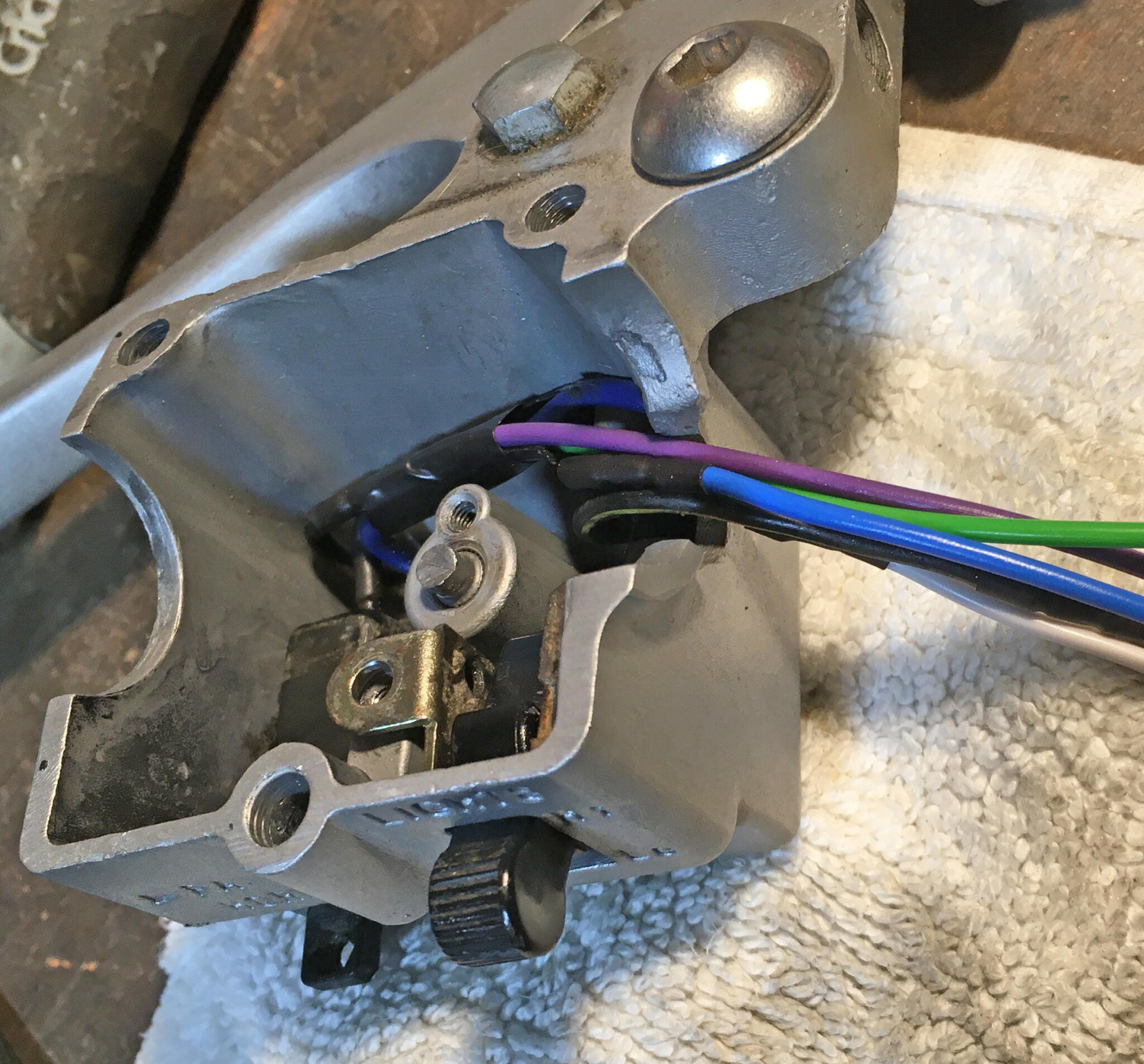 I replaced some cables and grafted others to restore their functionality 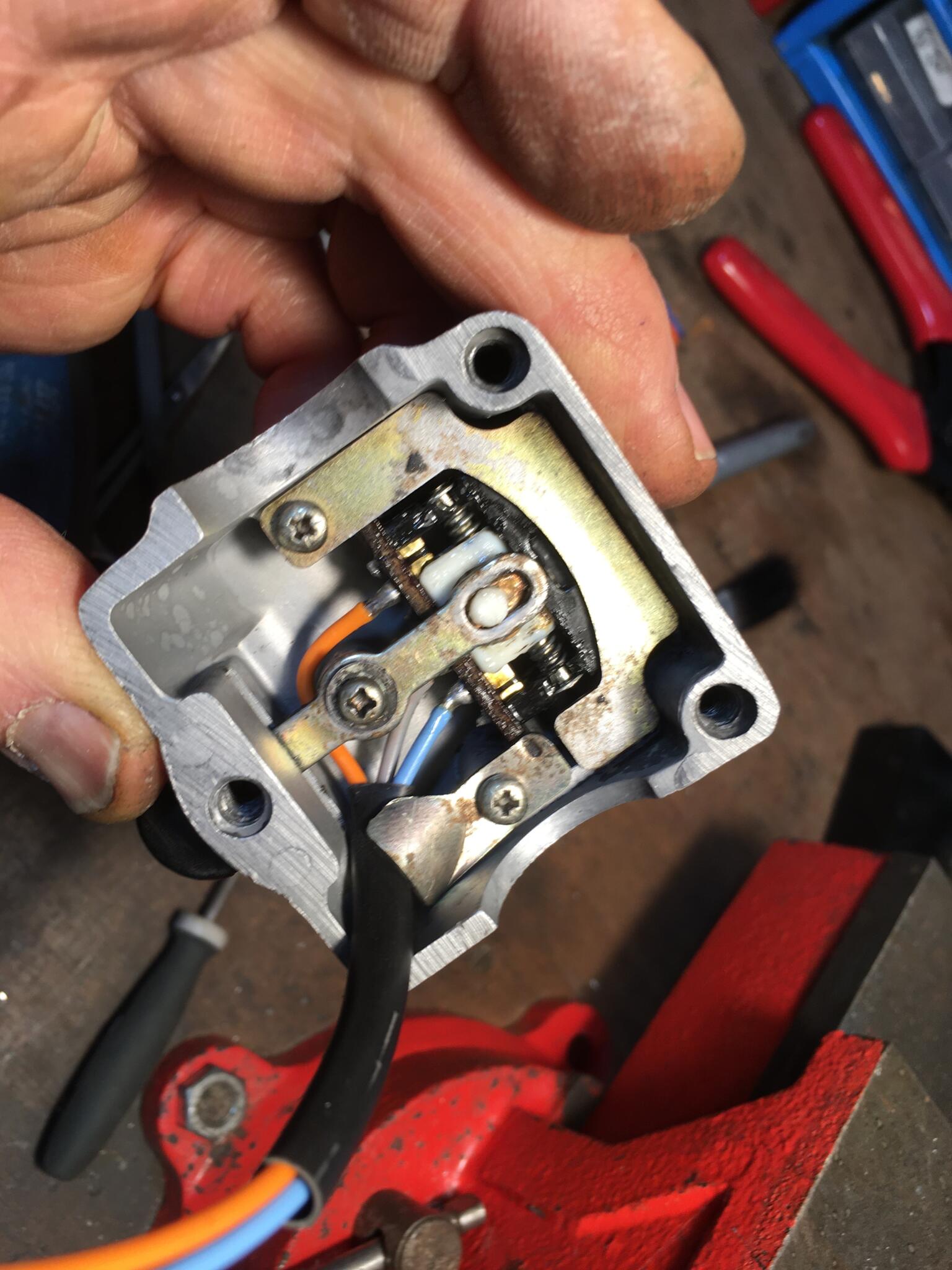 …and rebuilt the switch clusters too. The lubricant is silicone grease