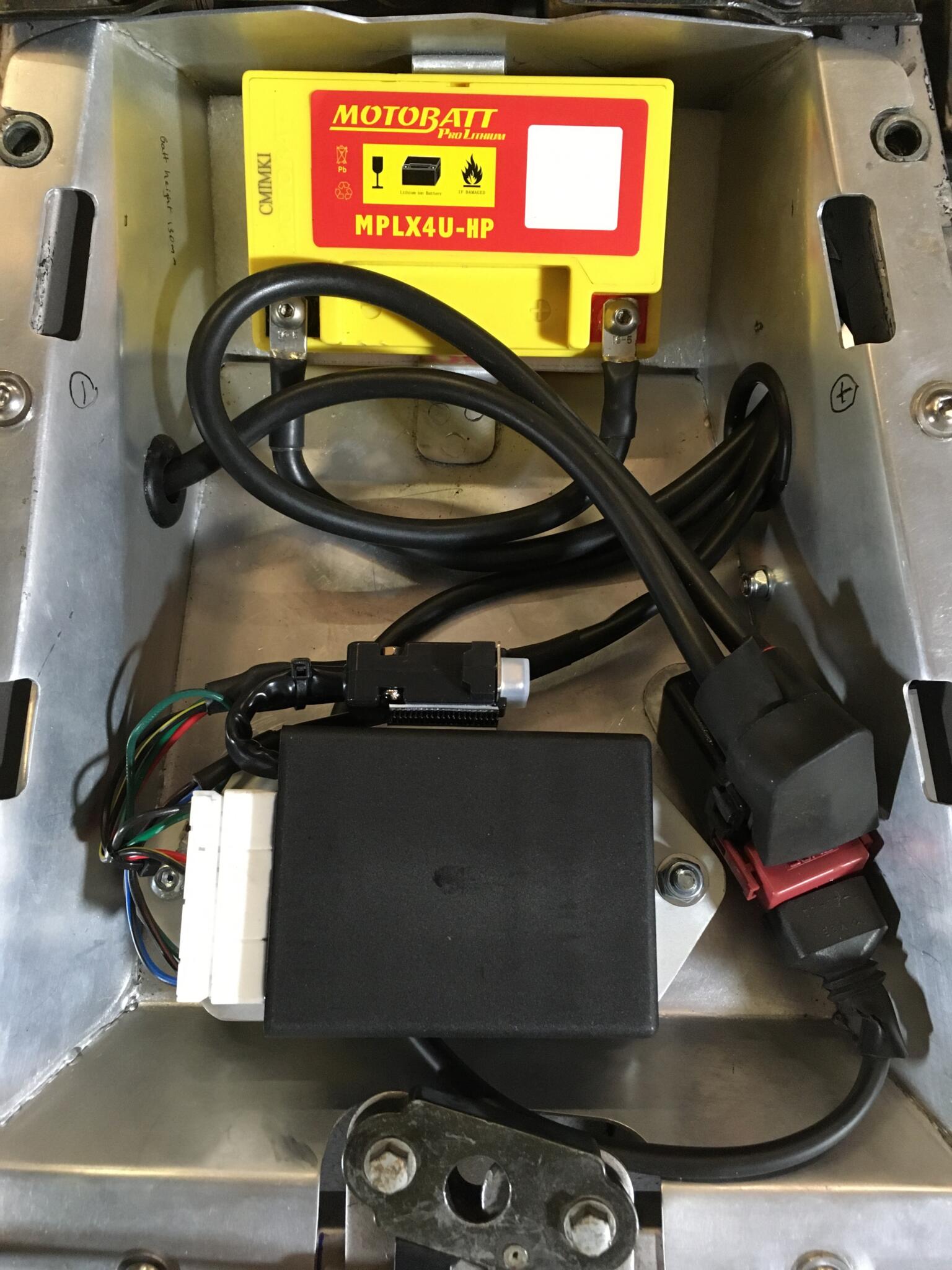 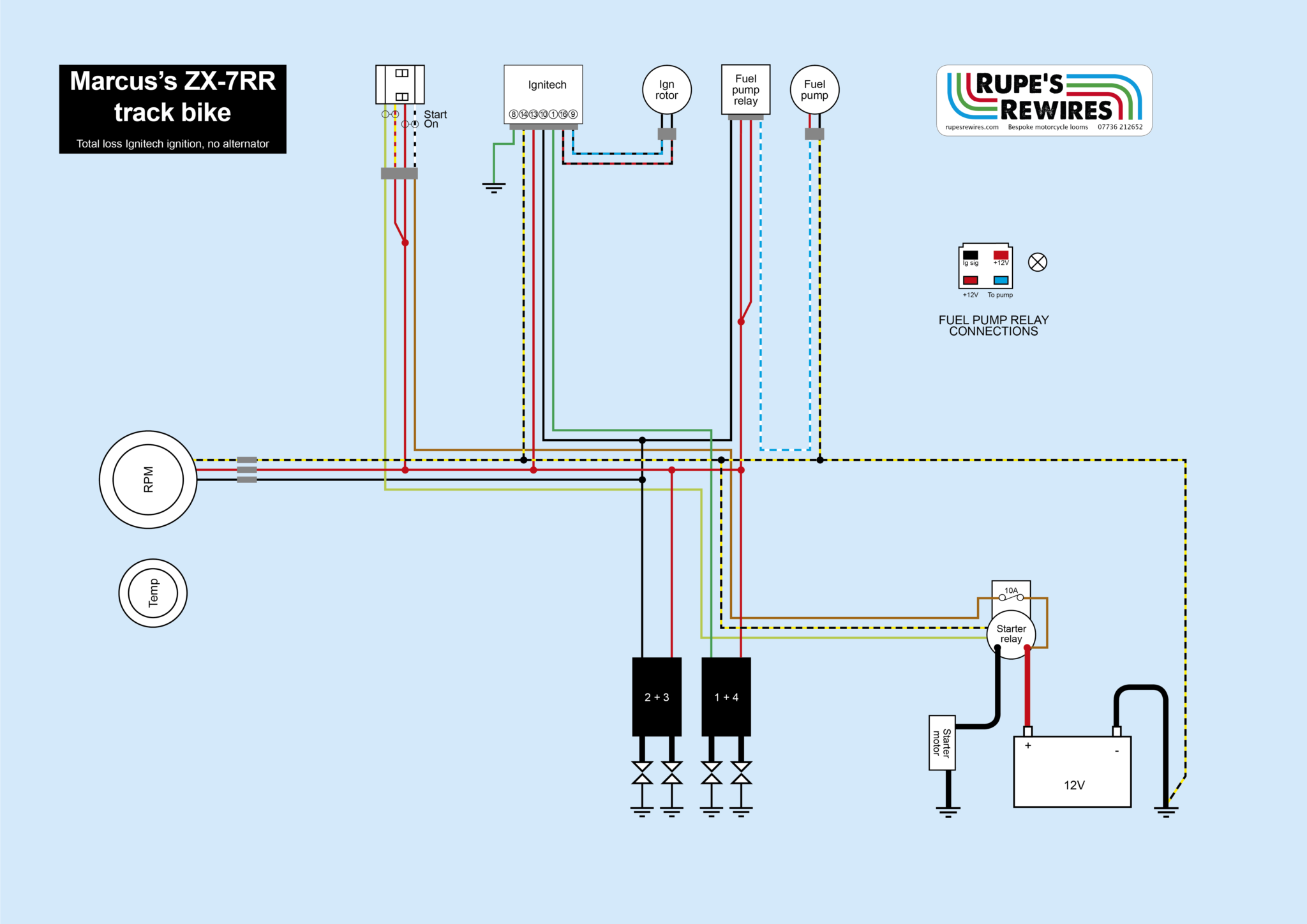 Marcus dropped the bike off for a rewire in the summer, but shortly after the new loom was built his ignition box died. It’s just bad luck really. Or maybe the sudden appearance of good voltage and earthing was enough to cause the ZX-7R’s ancient old igniter box to snuff it.

Marcus didn’t fancy buying another used igniter box, especially as his bike had been running one from some other Kawasaki, identity unknown. I suggested replacing it with an Ignitech box instead. Ignitech are a great company: good price, high quality product (programmable if you need it), proper technical back-up. I’ve fitted their stuff to all sorts of bikes, from Harleys to racers. One for the ZX-7R was €142.

The Ignitech box is smooth-sided, so the easiest way to fit it is using 3M Dual Lock tape – a sort of ultra powerful Velcro. It needed a new mounting plate and spacers of course, to accommodate the slightly different shape.

The bike fired up eagerly. It should stay problem free for a long time now. 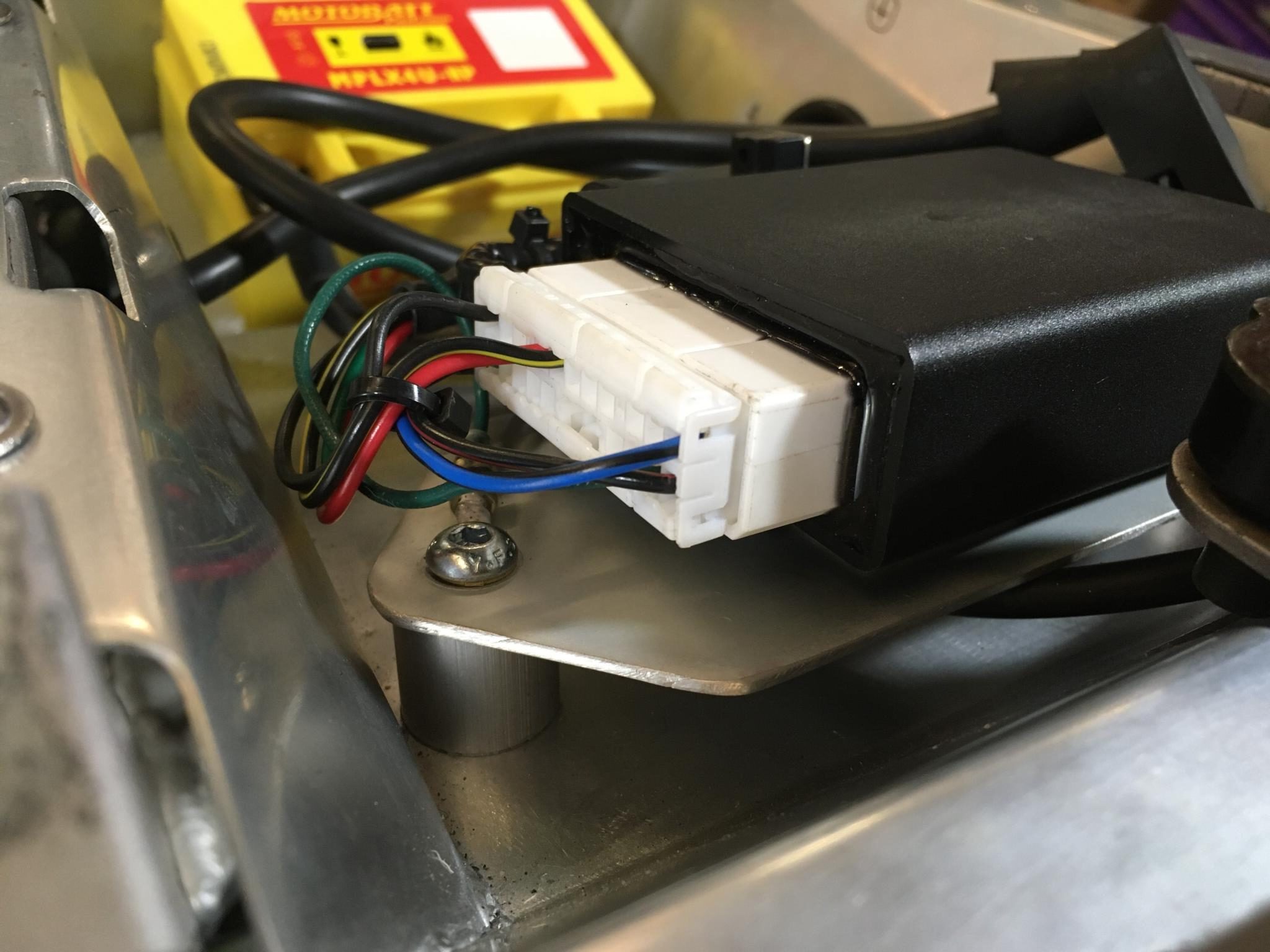 It’s a simple setup, so most of the Ignitech plug pins aren’t used