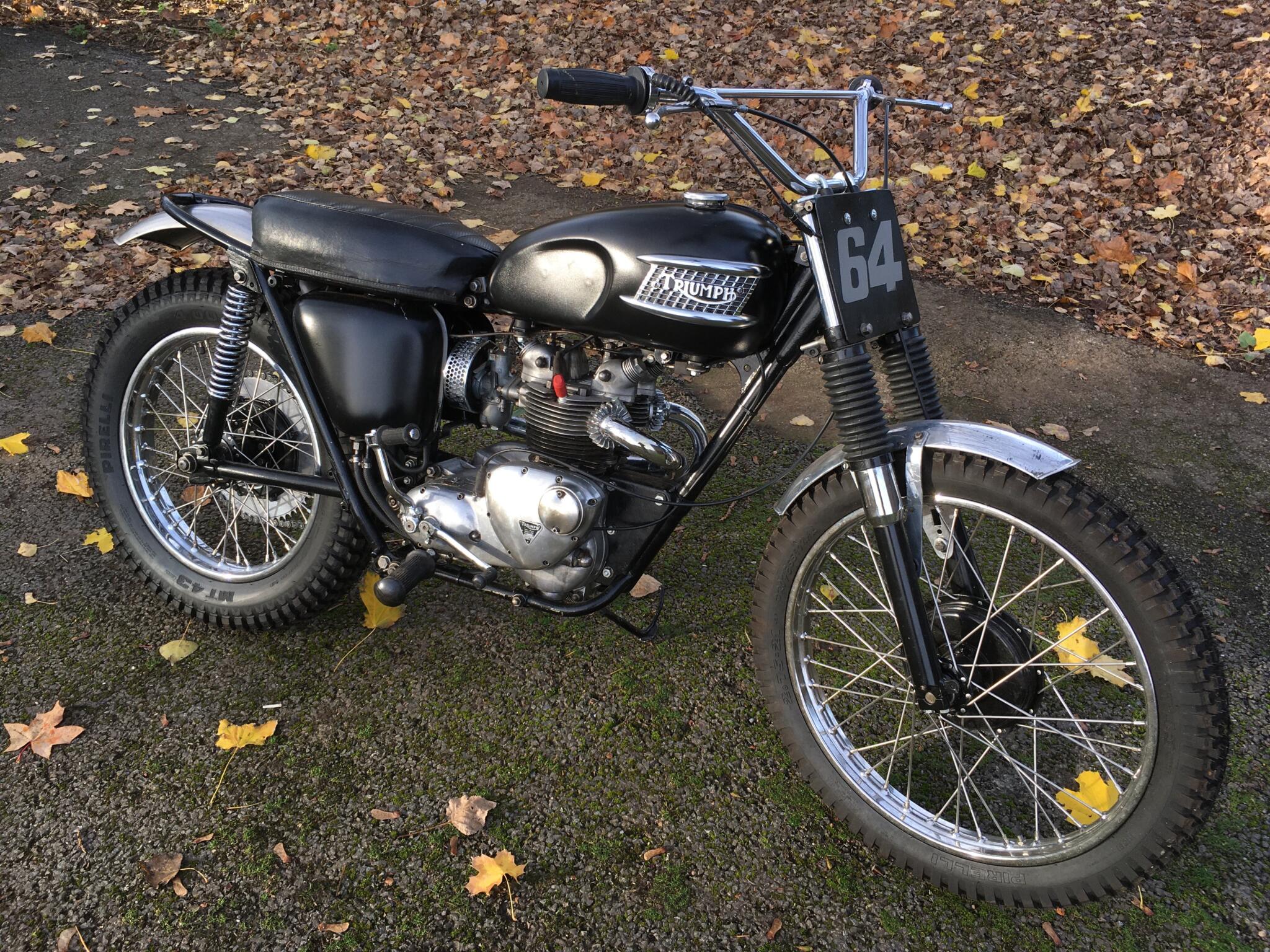 The TT100 was a US-market model built to cash in on the racing. Brad’s bike channels the same vibe 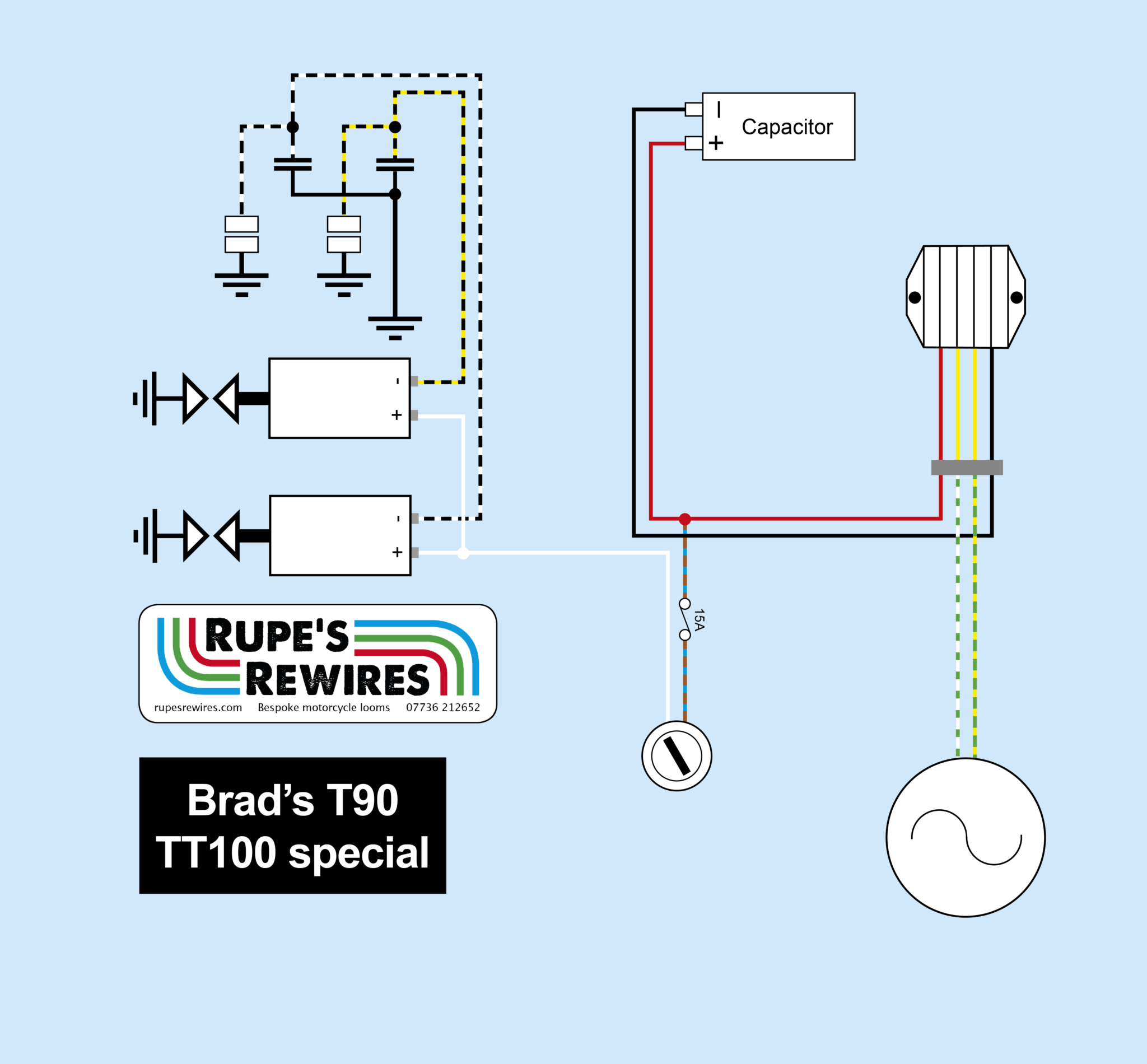 Even the humblest old Triumph twins cost a fortune these days. This is a T90, a mid-1960s 500, which Brad has given the Steve McQueen treatment, as part of a non-cosmetic restoration.

All it needed was a simple ignition loom to get it running. Brad had tried a few times with the old setup but without much success. The idea was to use a capacitor in place of a battery, to sidestep the need for battery maintenance on a bike that isn’t going to get used every day.

As with any old Brit bike you’re unpicking layers of past neglect. The condensers were both shot (as was the spare – the T90 has three), and one set of points (one Japanese, one Lucas) had got glazed. No prizes for guessing which set needed deglazing. Both coils tested at 3 ohms which suggested they were 12V, so I built it a 12V coil system as per an old Bonnie. The plugs sparked OK, but I’ve seen bigger.

Brad’s final job is to sort out the Amal carb. If anyone reading this has a Triumph and wishes it would start first kick, I might as well repeat the advice of Jim Hodges, who in my opinion builds the best British bikes: “Chuck the Amal in the bin. Get a Mikuni or Keihin carb instead. And fit electronic ignition.”

Brad and I discussed this but electronic ignition means a battery, which is hassle on an infrequently used bike. Fair enough. I’d do the same.

And it looks so cool. 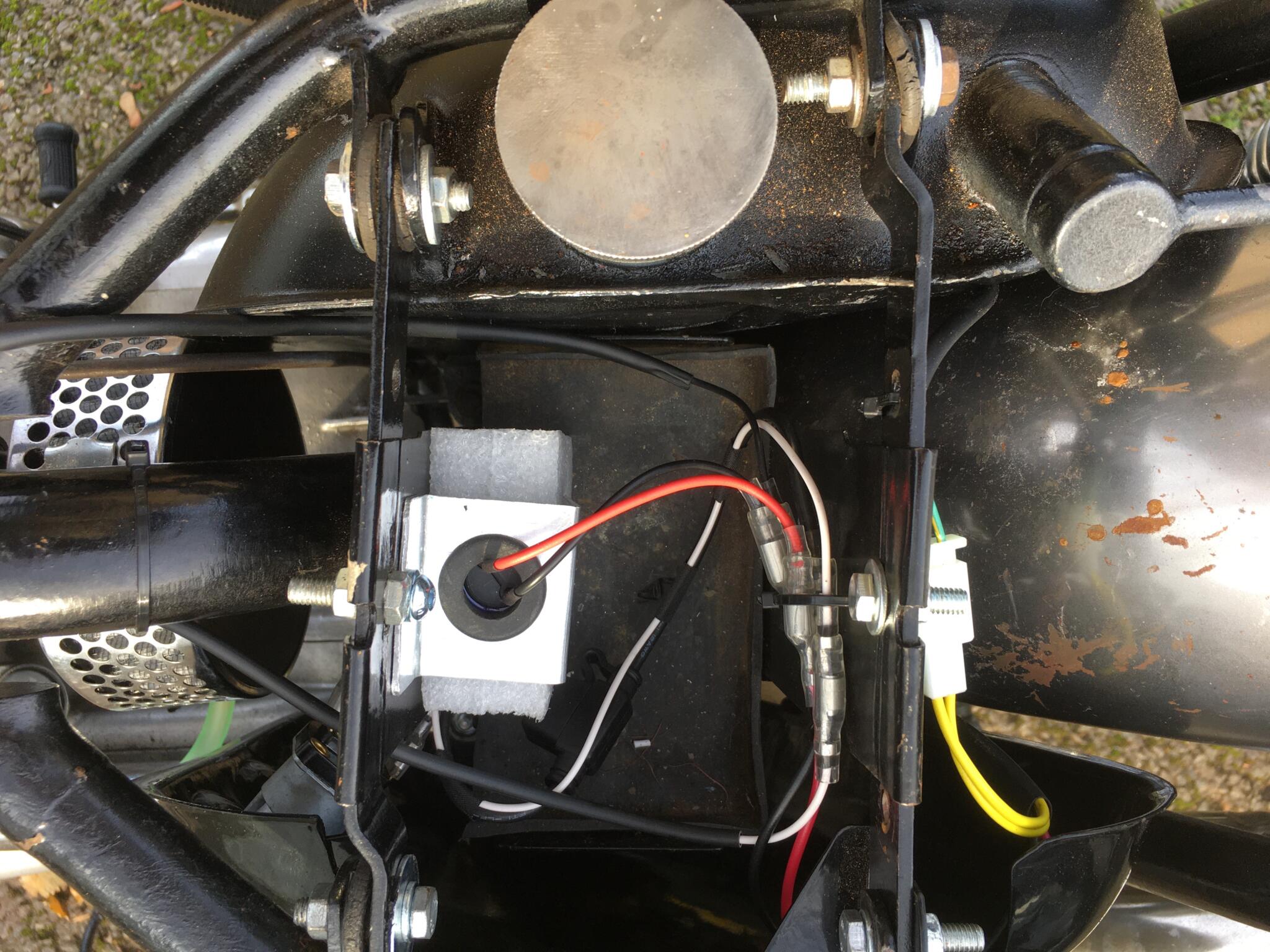 The red and black wires come from the capacitor, which replaces the battery. You get them from Goffy Electrical. I sat this one in vibration-absorbing foam retained by a simple bracket 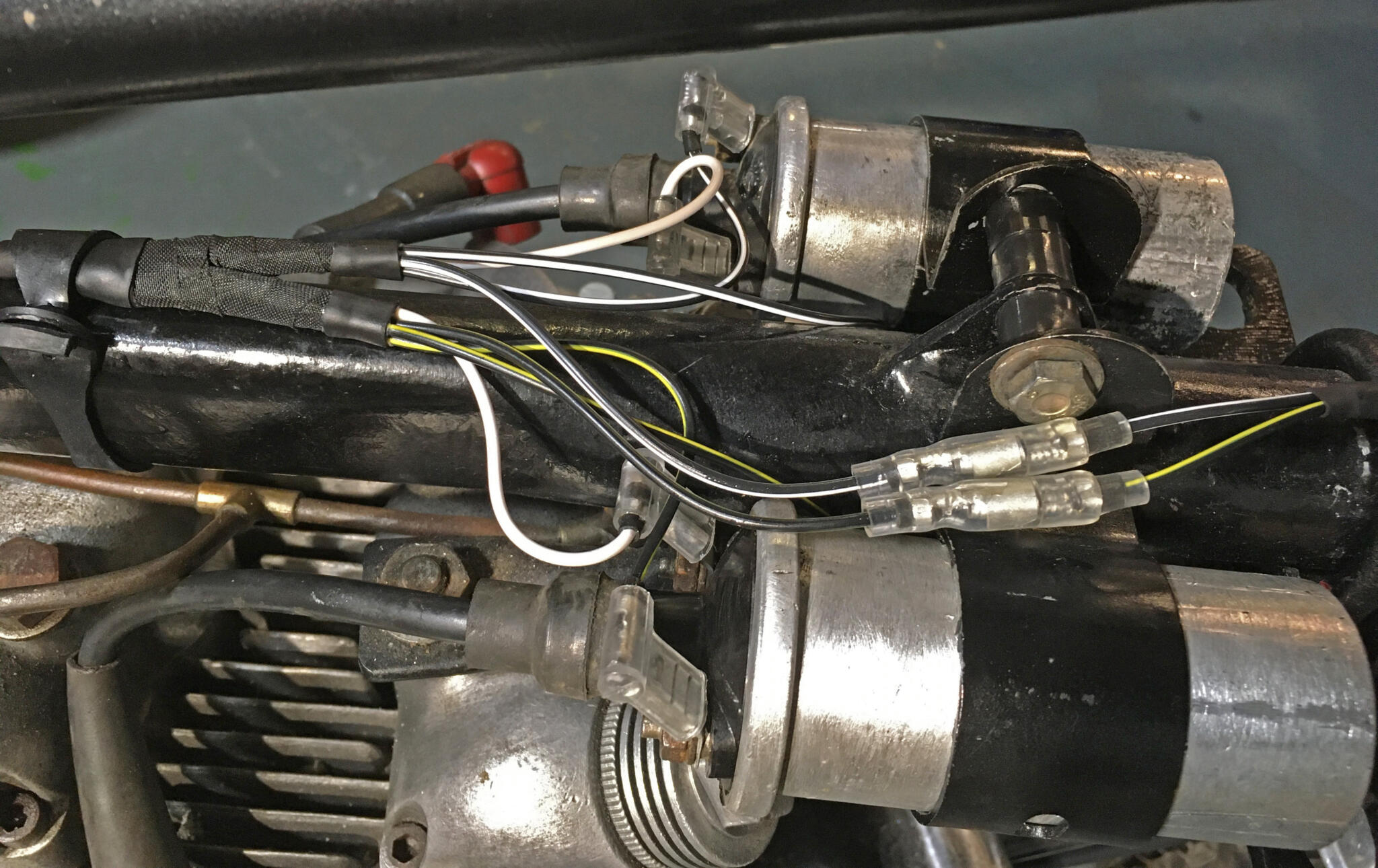 The coils get a 12V feed each (white), with the other wires (black/white, black/yellow) going to the points 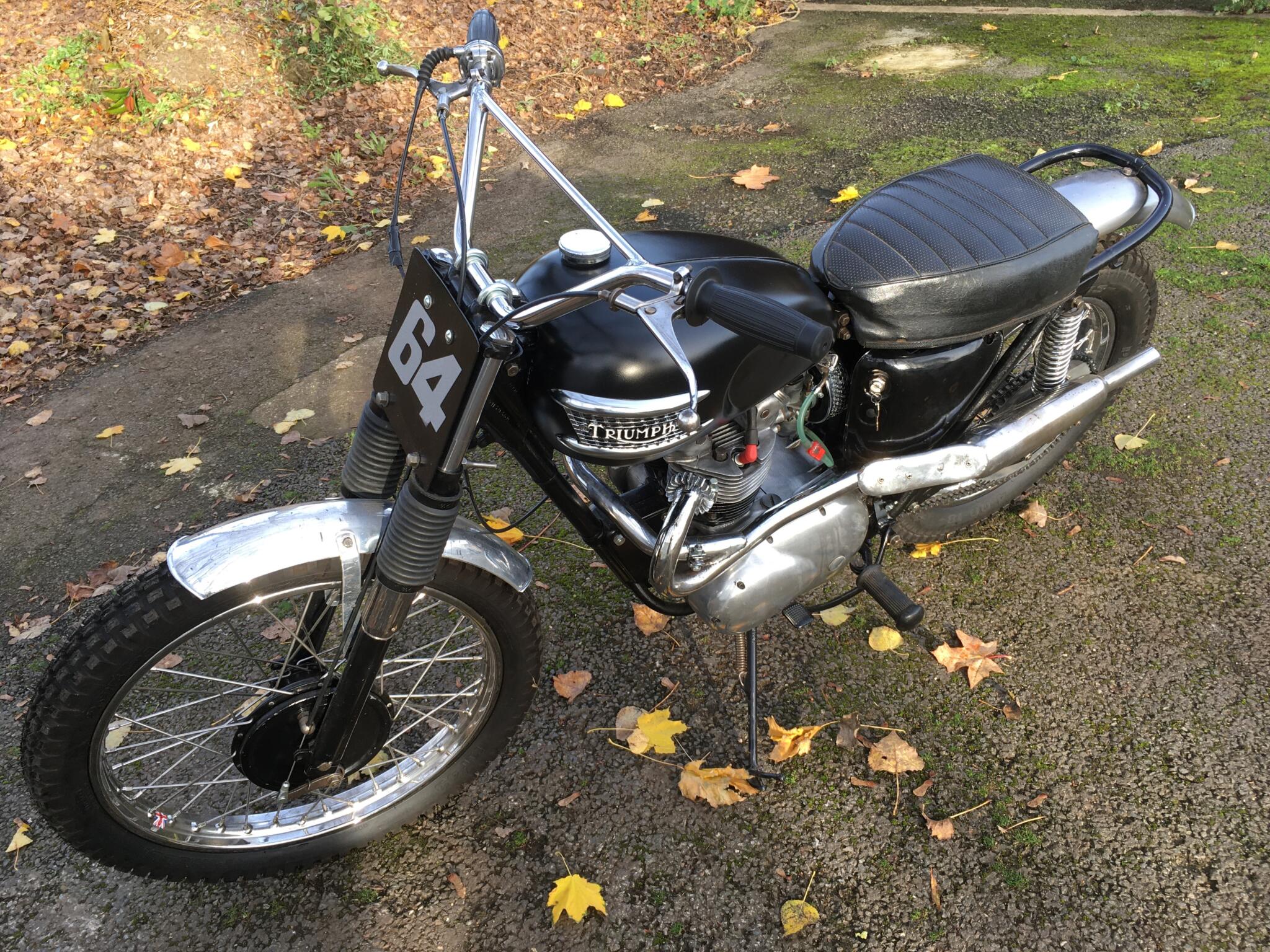