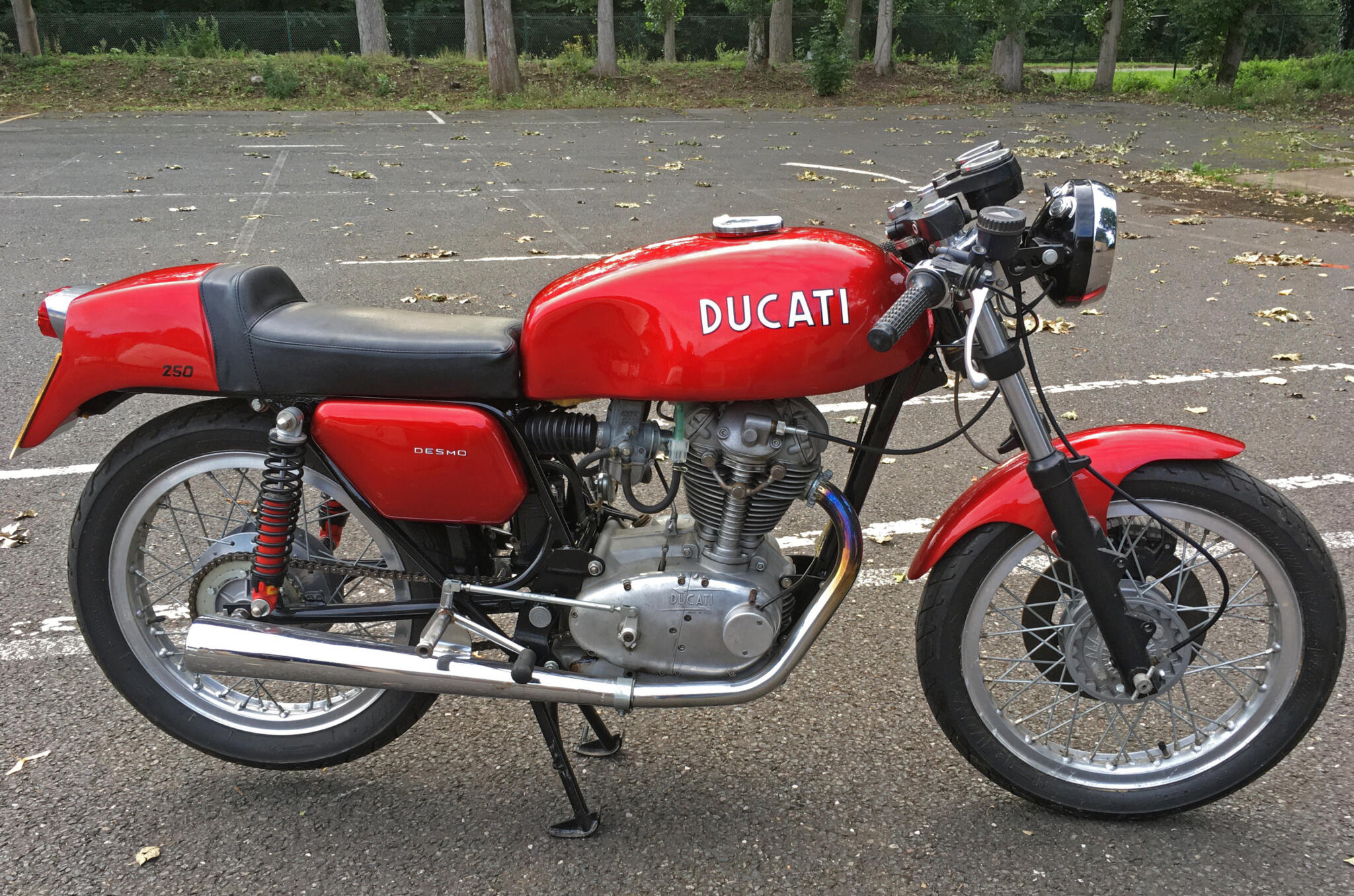 Isn’t it lovely? And isn’t that the best Ducati logo? 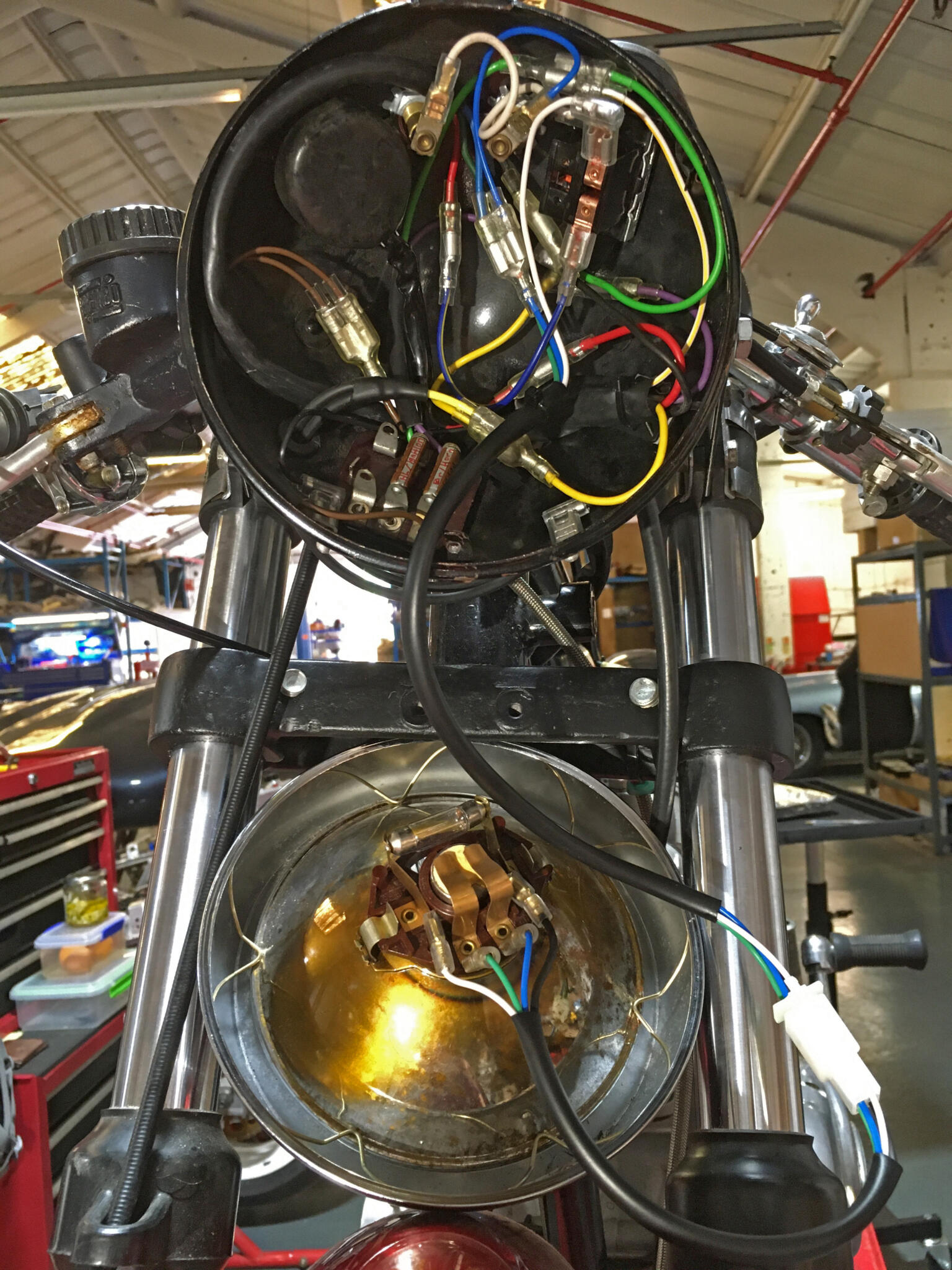 The headlamp innards, once they were sorted out. Not much room for lots of gubbins 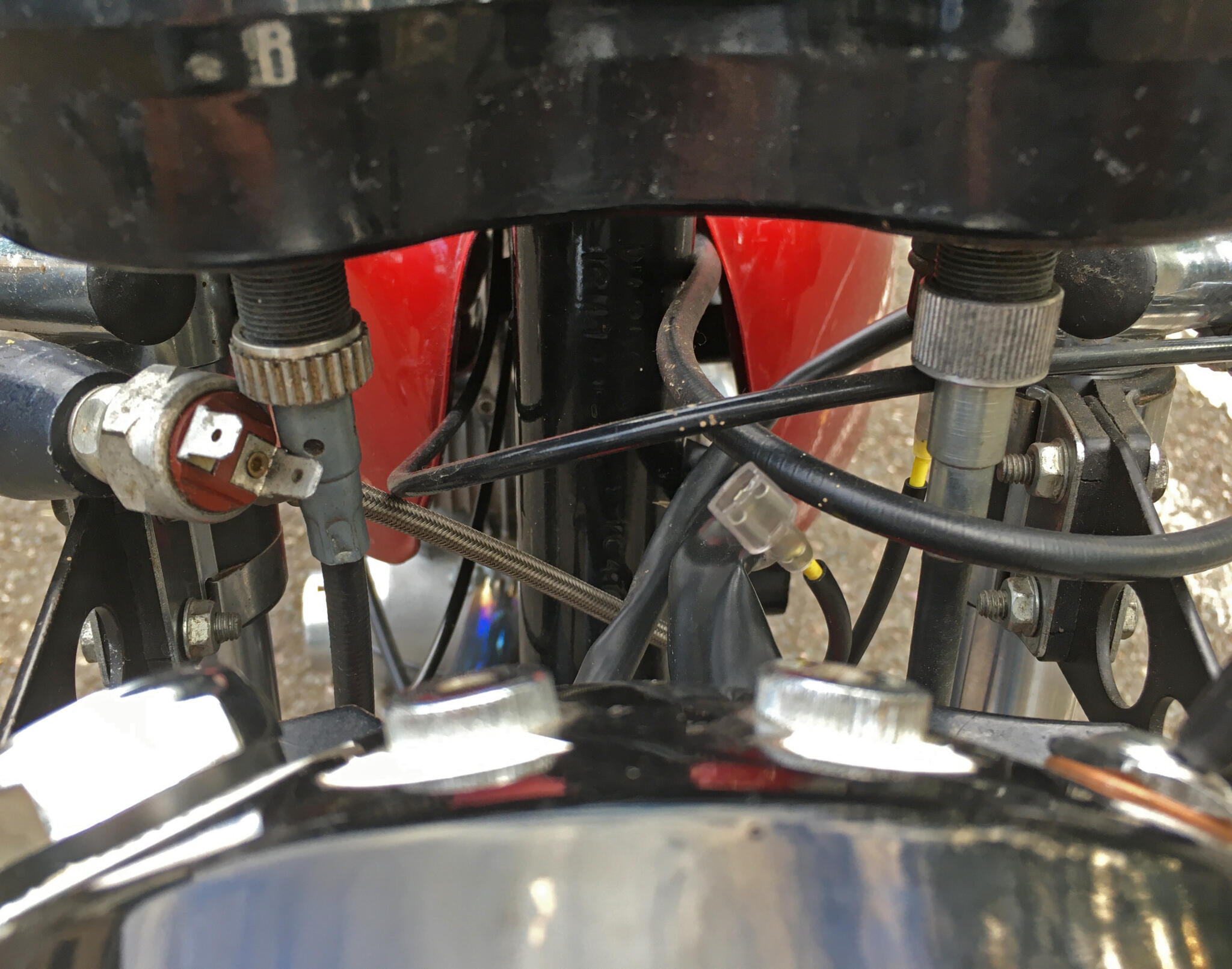 The front brake switch on the left fouls the speedo cable. It will have to go. The loose spade connector will plug into the speedo light bulb holder when that arrives

Family heirlooms don’t come much better than this little beauty. Mark, a former racer, inherited it from his Dad, who made him promise he would never sell it. It hadn’t run for years, after Mark stripped it down when he was 12, thinking he was helping. Eventually it got rebuilt, and Mark had it painted by Dream Machine in the 1990s. But when he finally got it going, it ate two batteries and spluttered to a halt after a minute or two of running.

I love problems like this. Although it turned out to be at least four problems. The bike had been rebuilt by a restorer using a pattern loom, but it wasn’t quite wired up right. The ignition switch was permanently on too, which accounts for the dead batteries. Then I noticed the ignition switch (off a Honda) didn’t even fit! It projected too far into the headlight shell, fouling the headlight bulb. On top of that, long storage had clogged the carb (all the jets and galleries were blocked), but even after an ultrasound clean the engine still wouldn’t run for more than a few minutes.

Finding a smaller ignition switch was easy. But the bad running had to be an ignition problem. The Desmo has a Lucas Rita electronic system, so we decided to use the excellent Rita box rebuild service offered by Rex’s Speedshop. They can make it as new, with extra safety features and lower current consumption. We also went for a new Lucas coil and a new spark plug. The parcel went out on Friday and was back the following Wednesday. What a great shop – as usual. The bike started first kick, ticked over sweetly and pulled like a dream. It sounded as good as it looks.

Mark took the Ducati home and gave it its first ride in 30+ years. “It was emotional,” he said. But it’ll get better. His son Adam, who is starting racing, will ride his grandfather’s bike round Donington and Cadwell next year in parade laps. 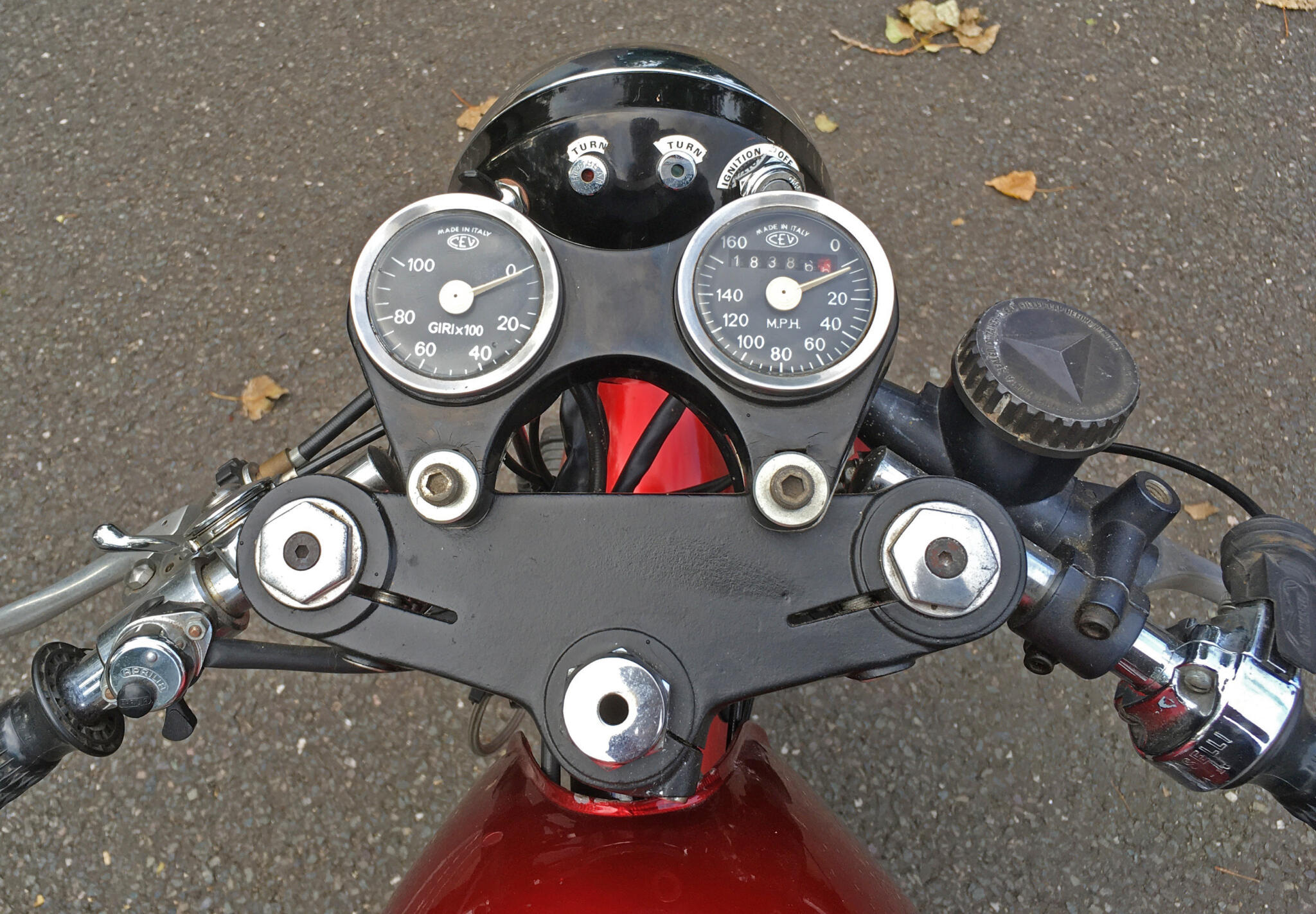 There are no indicators, so the warning lights show lights on, and high beam. Switchgear and headlight are by Aprilia, because that’s what they used to do before they made bikes 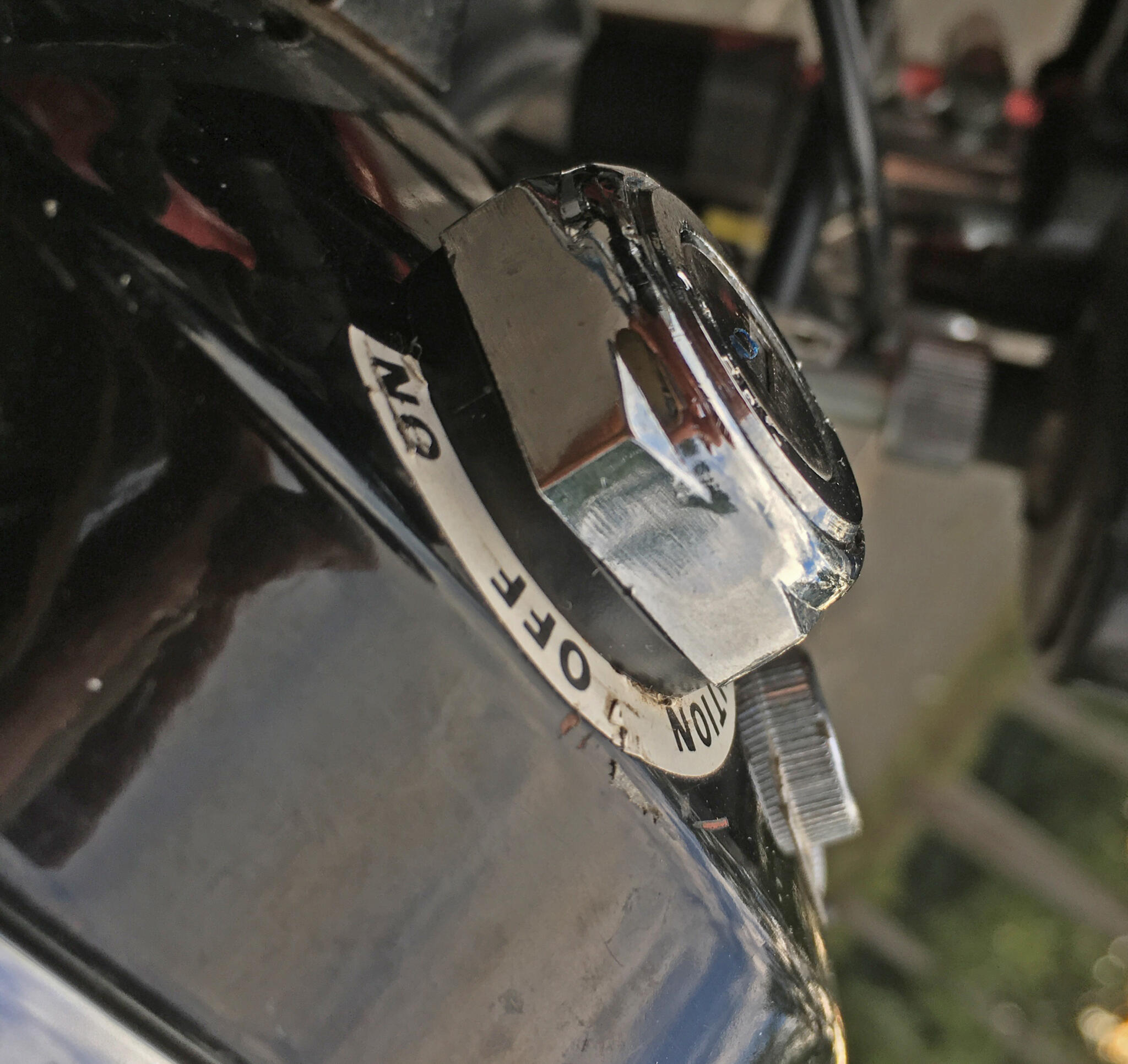 To make sure the new ignition switch took up as little room as possible in the headlight shell, I made this black Acetal spacer 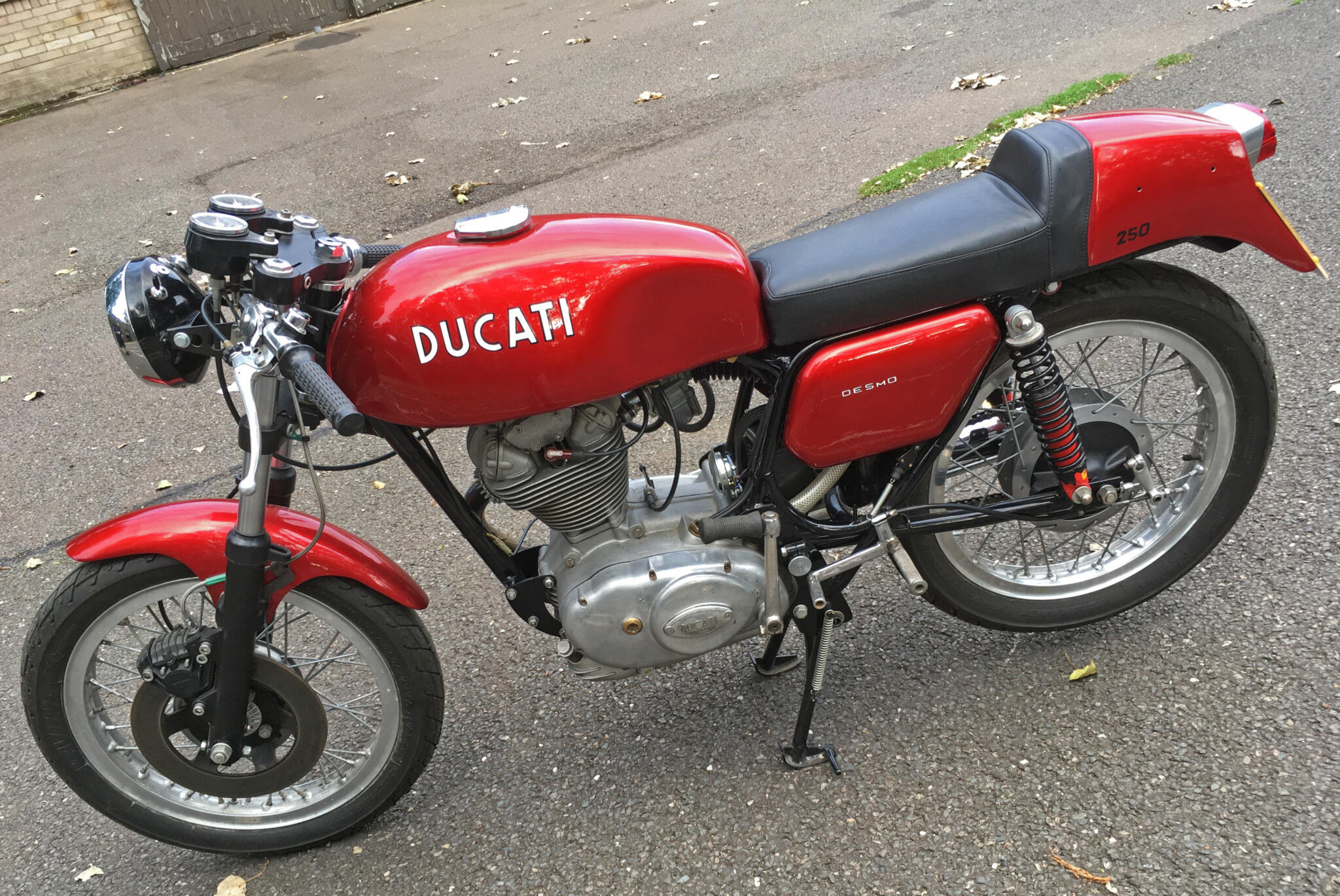 It’s supposed to be yellow, and maybe one day it will be again. But for now metallic burgundy looks pretty fab