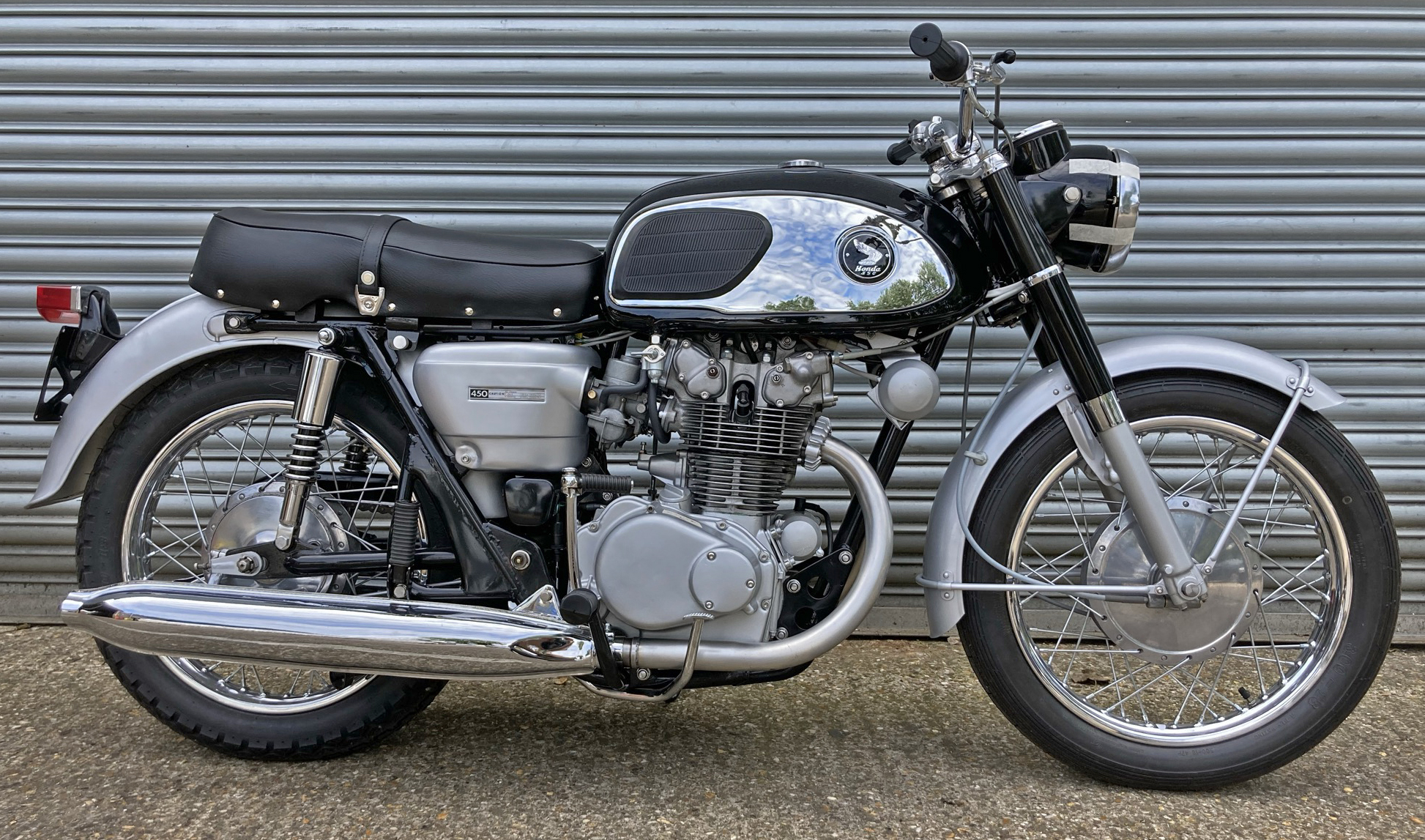 When Bob first saw this bike it was lying on its side under a tarpaulin, rotting 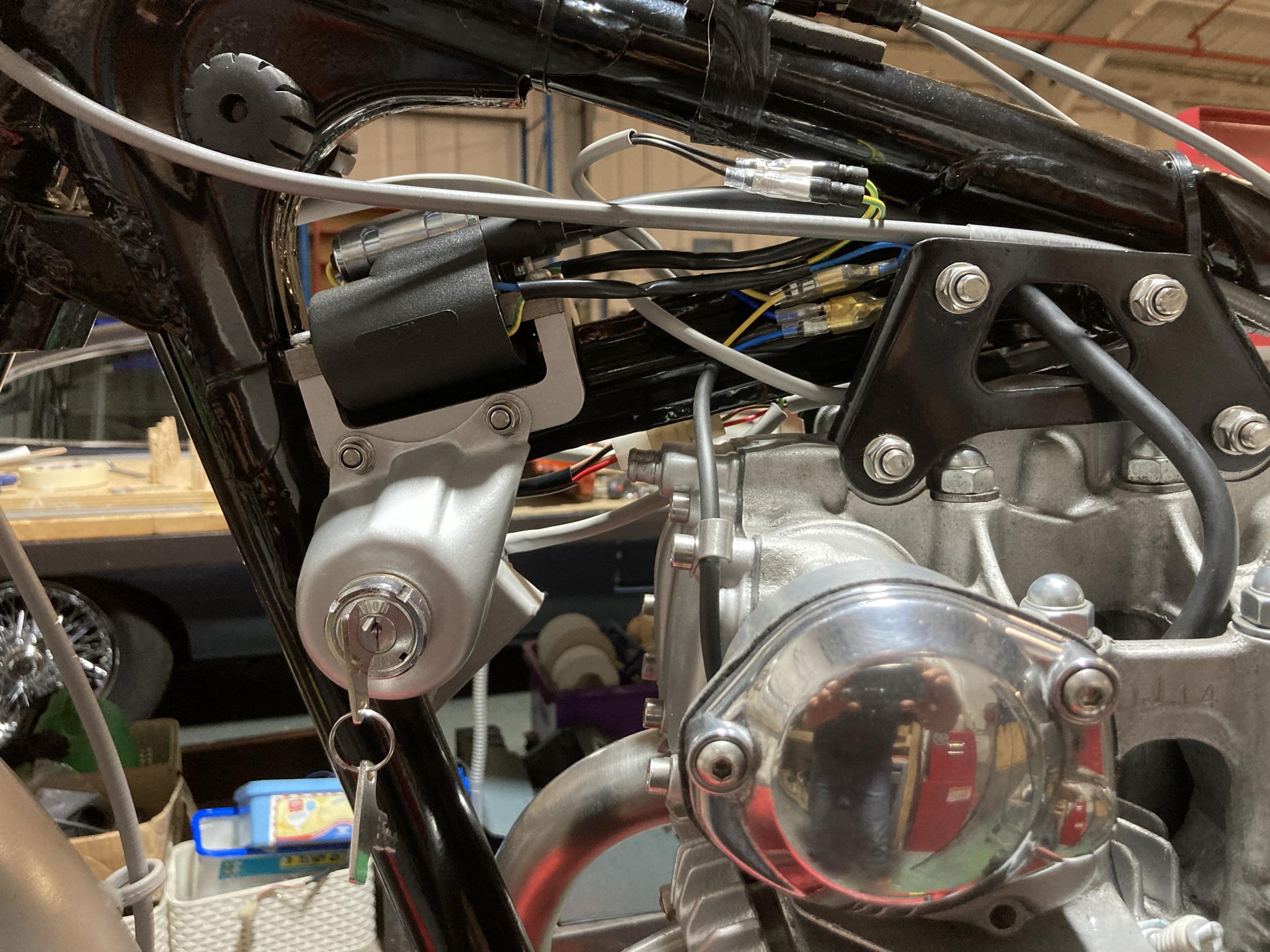 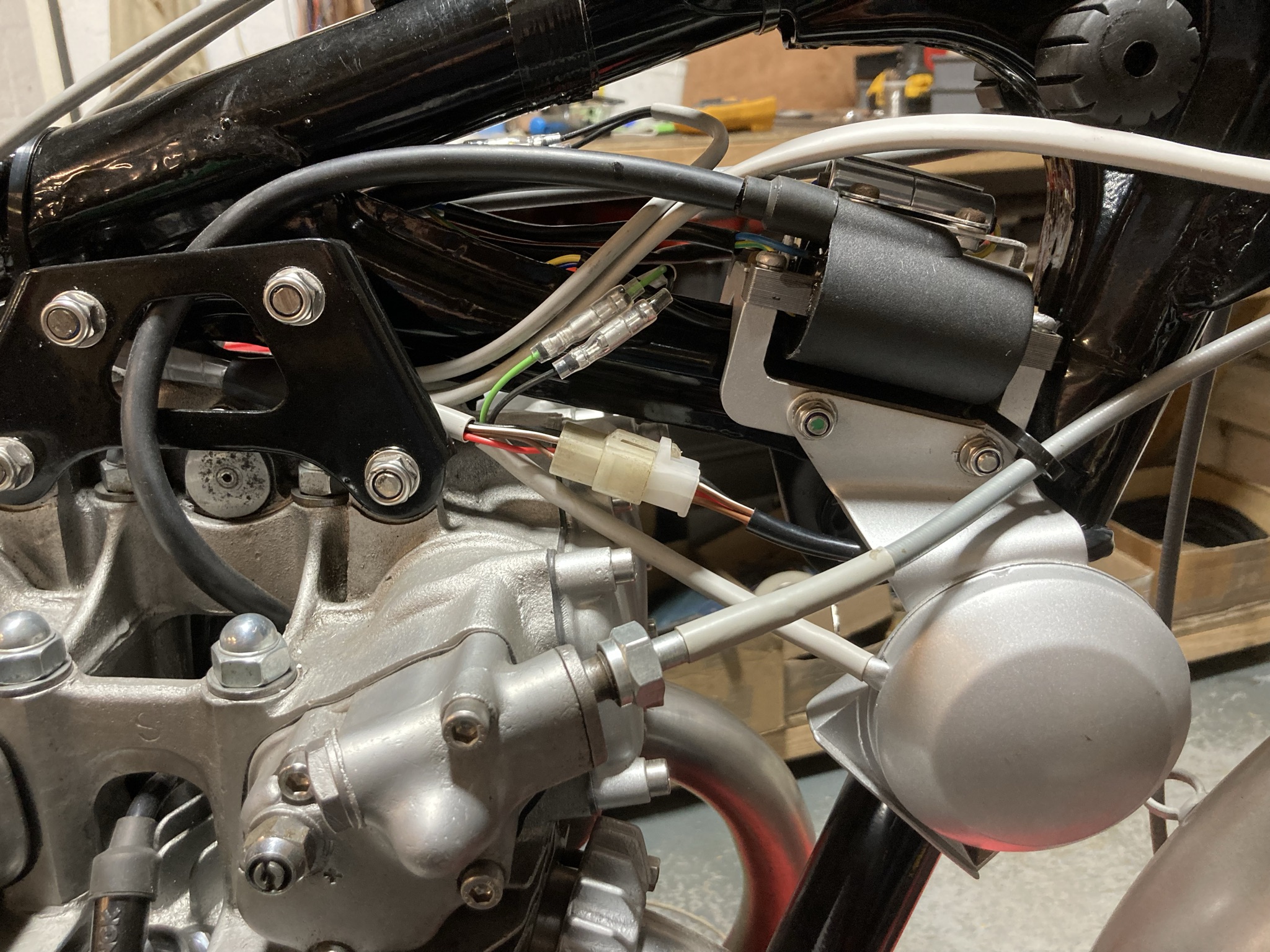 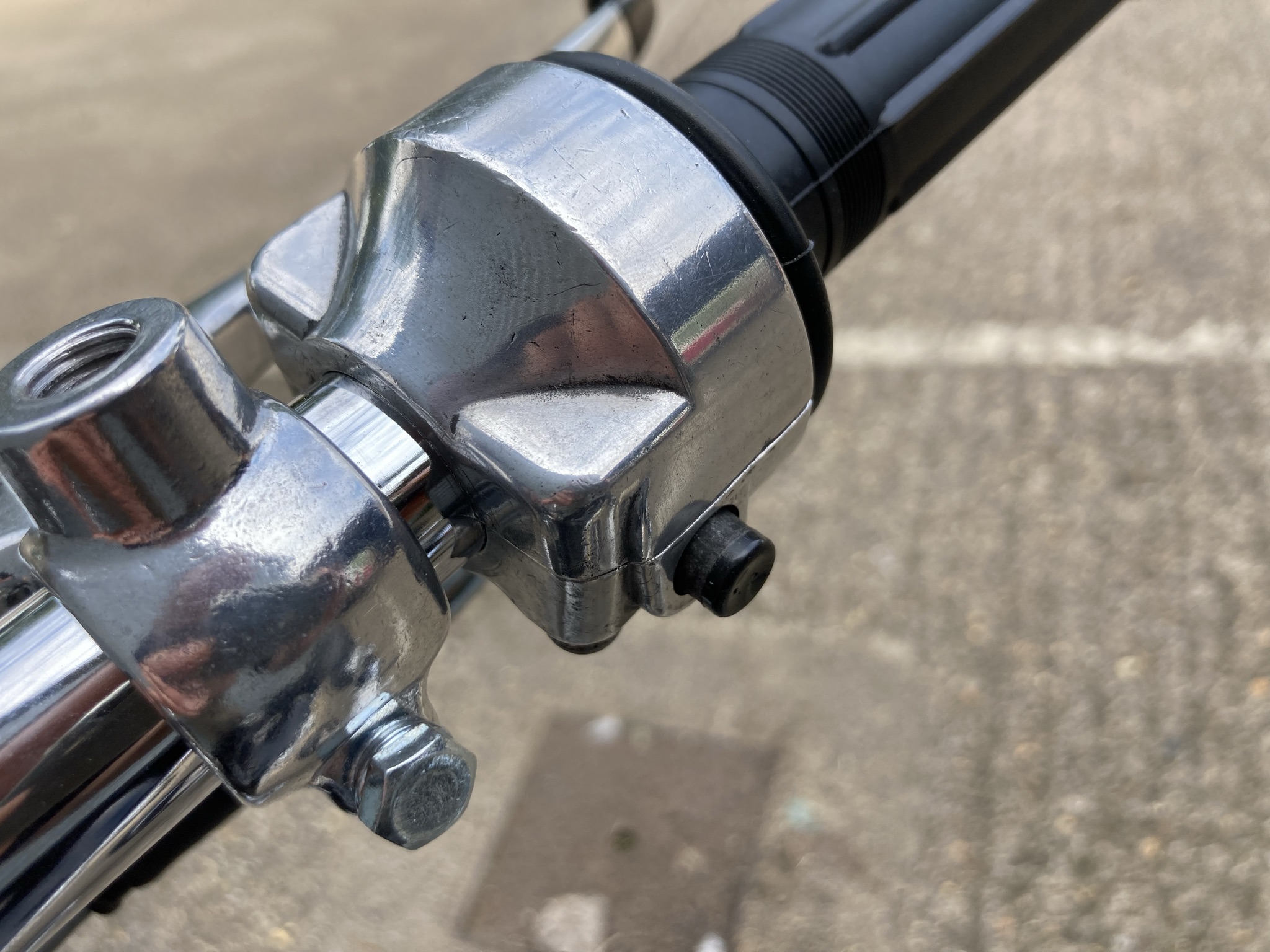 You wouldn’t know it, but that starter button (plus its spring and contact plate) began life in a Yamaha XS650

In theory a wiring loom for a CB450 is easy. There are no indicators, and only two warning lights in the stylish console. But in practice it’s a 53 year-old machine and finding parts is incredibly difficult. So although Bob (who’s a regular customer) had done yet another superb job, the electrics put up a hell of a fight:

1. The tail light came from the only place Bob could find one – Vietnam. It was a decent replica, but it needed rewiring.

2. The original ignition switch probably had a second click which turned the lights on. The new pattern switch did no such thing, so we needed to add a hidden on/off switch under the headlight.

3. The alternator stator had been modified by persons unknown, and the regulator rectifier – unique to this model – was missing. We tried ordering new items from Electrexworld but they were, respectively, unavailable and out of stock, so I kept the old stator and used a basic Goffy Electrical reg rec as a stop gap. (It worked!)

4. The starter button assembly was incomplete. In fact, it had bits in that were never there originally. Bob had brought along a separate push button as a last resort, but I had a go at cannibalising an old Yamaha switch and adapting it the the Honda housing. With much filing and fitting, that worked too.

5. The speedo warning lights and backlights were served by crusty old wires. Even the bulb sockets were so tarnished they didn’t conduct electricity. Much careful restoration sorted that out.

6. The original solenoid was long gone. A new one was easy to find, but it needed a bracket making up and painting so that it sat neatly behind the battery.

None of this is any reflection on Bob, who prefers to leave the electrical decisions to me. But it shows how even a dead simple machine can throw up a string of snags, any one of which can catch you out.

It was wonderful firing the engine up for the first time in decades, and buzzing around the marina. The low speed handling is delicious. And several visitors thought the CB was one of the most handsome bikes we’ve had in the shop. 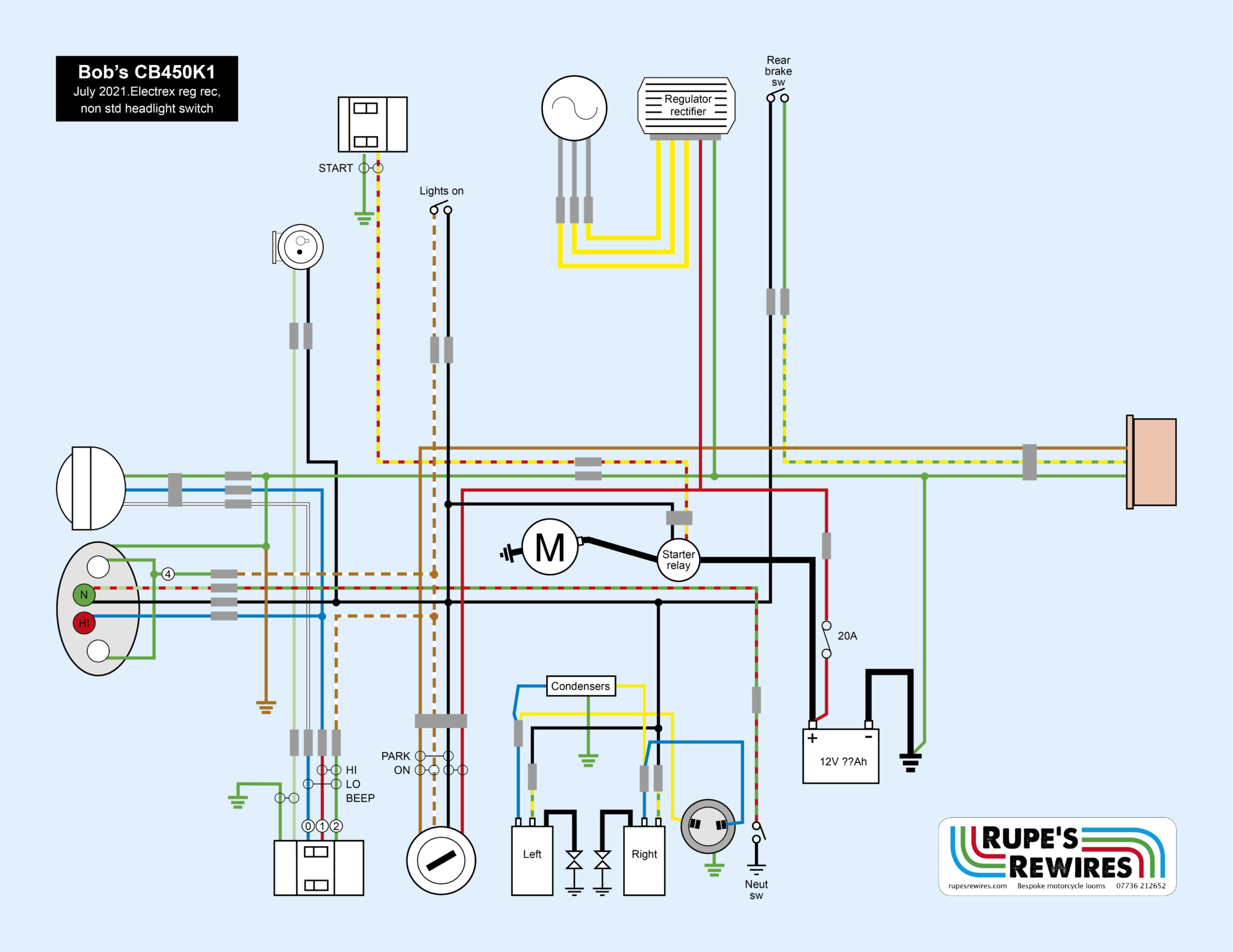 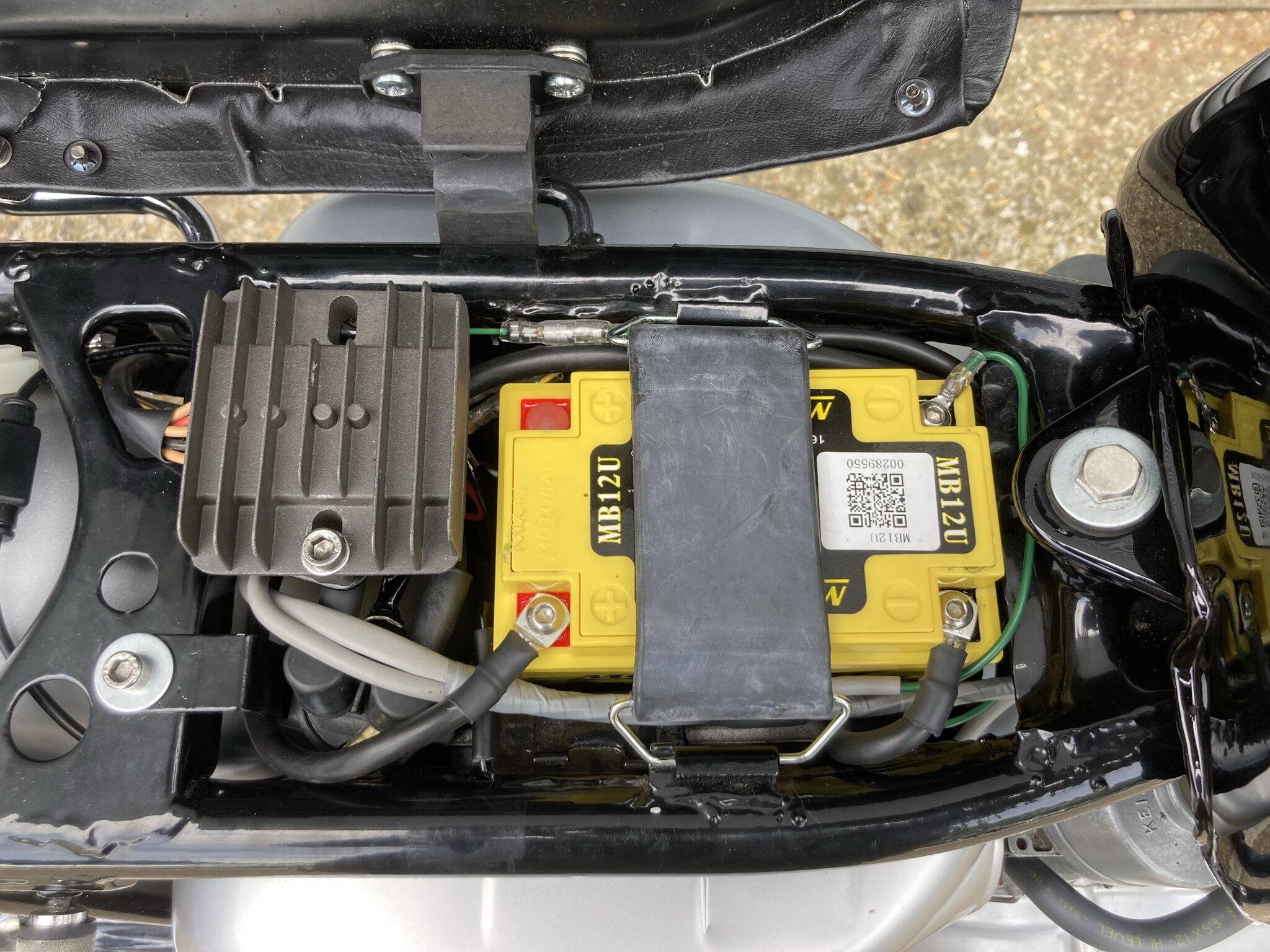 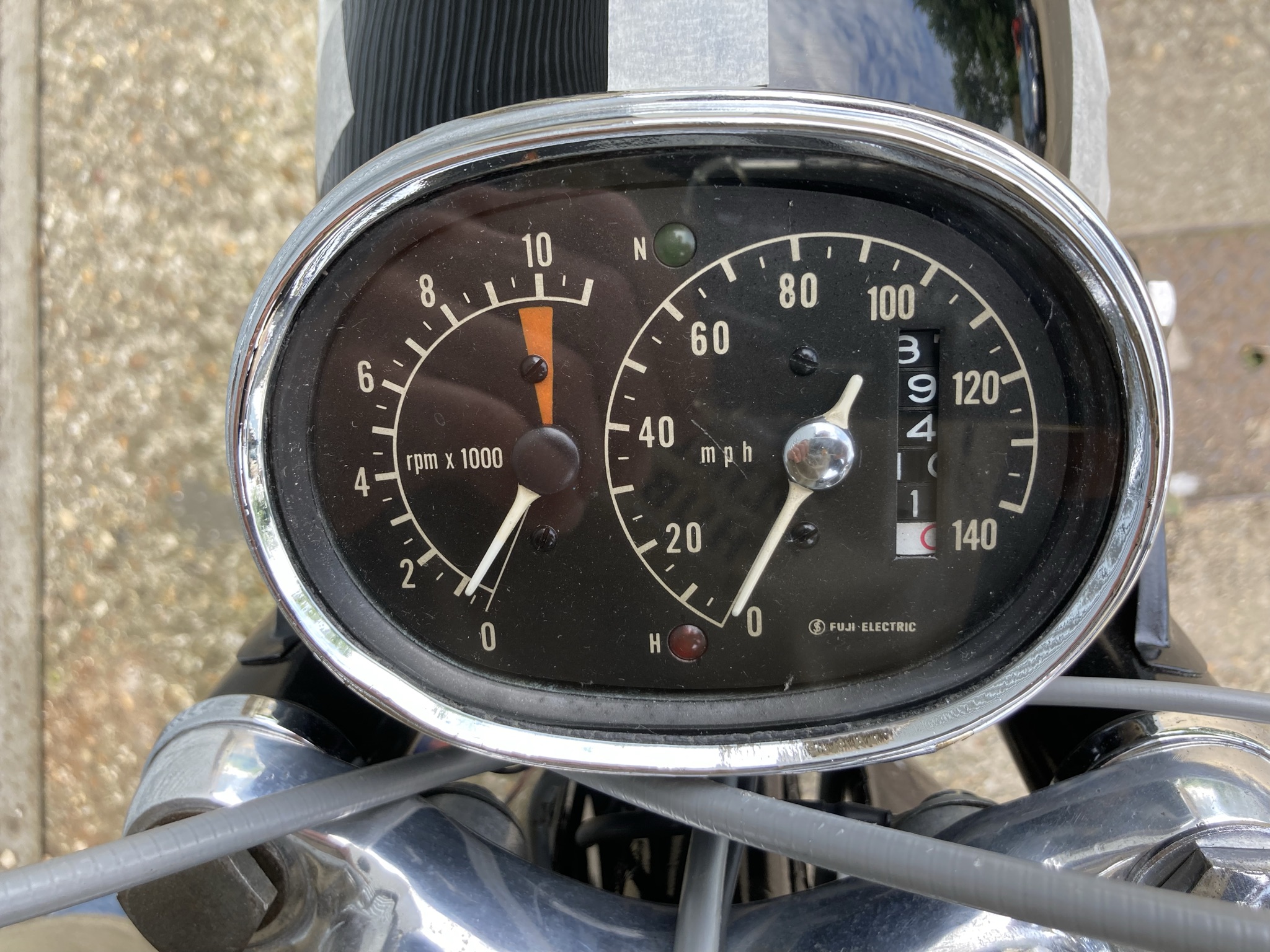 Such an elegant design. Neutral light at the top, high beam (in red) at the bottom