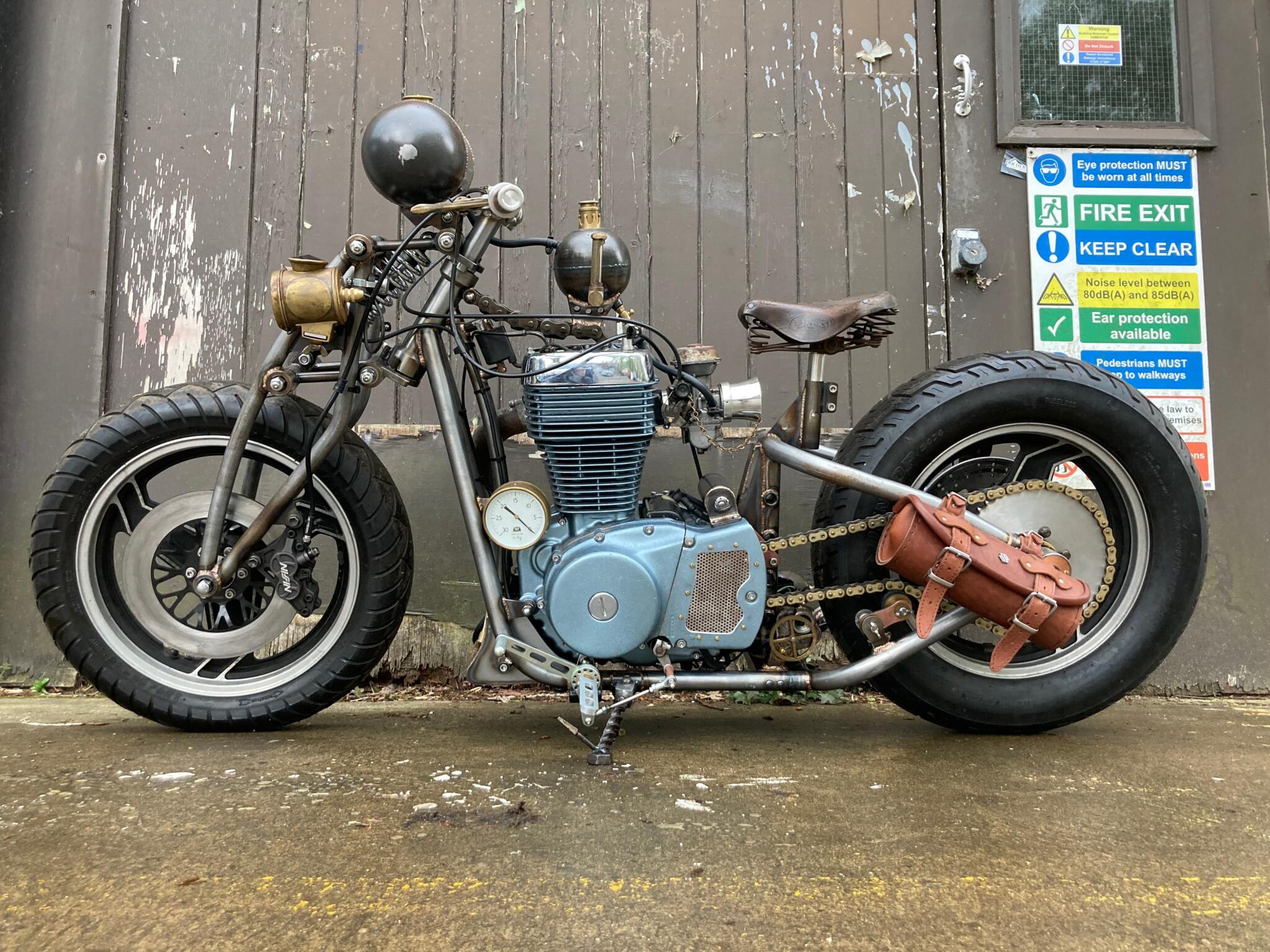 My landlord Olly thought this bike was atrocious. I think it’s a work of genius 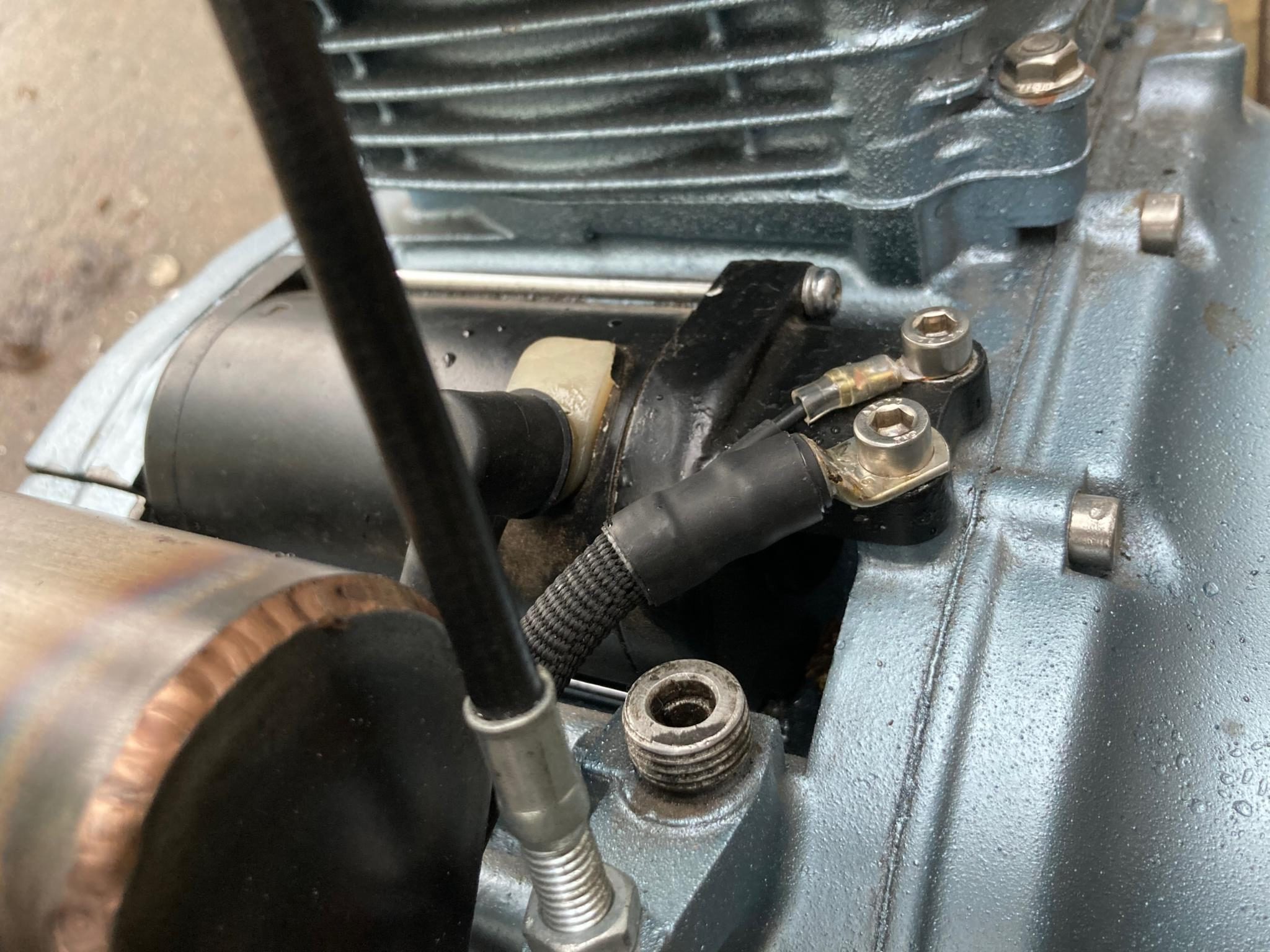 The best place for a main earth is on an engine casing. The littlun is for the loom. The biggun is for the battery 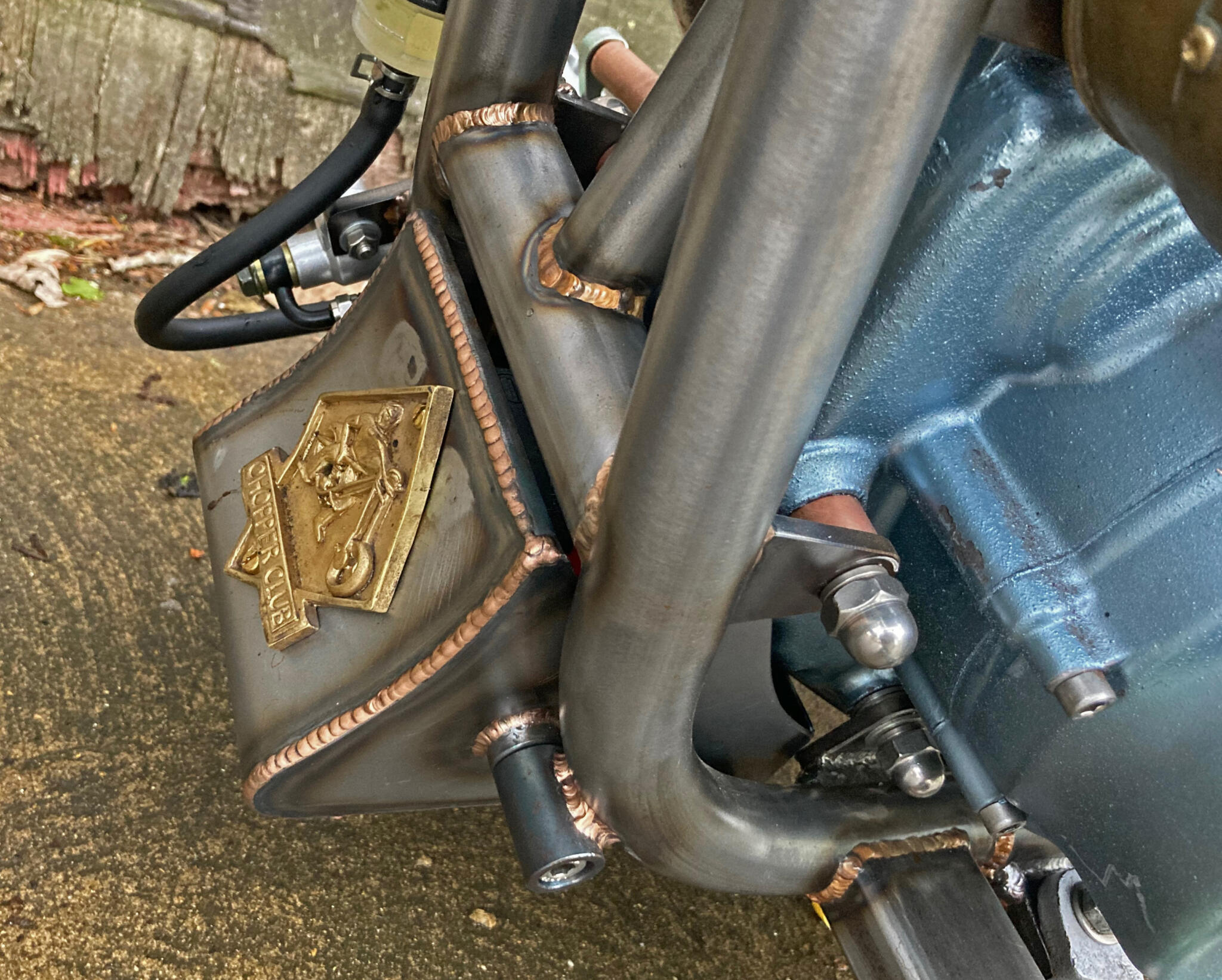 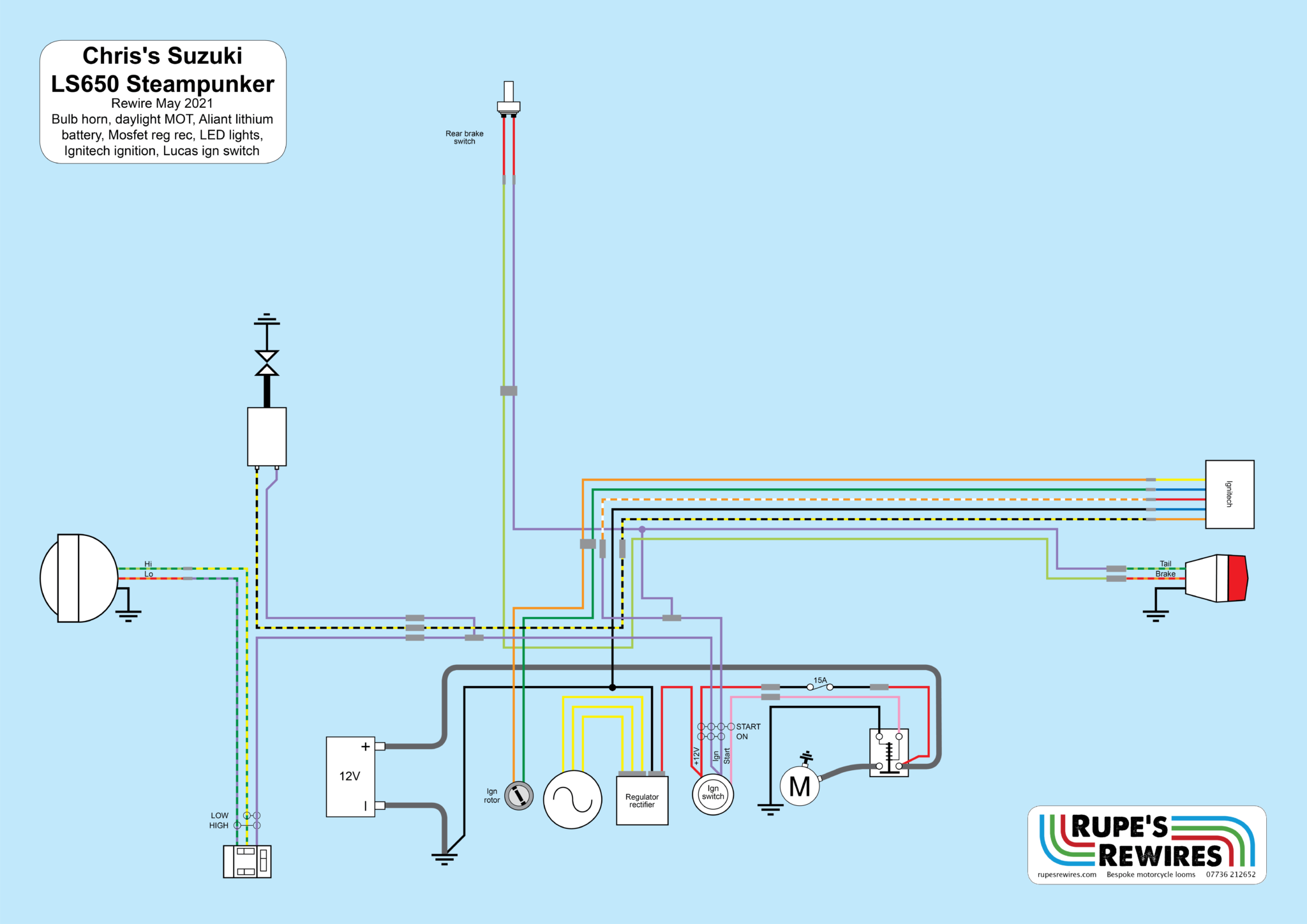 This is what happens when a skilled metalworker has a bit too much time on his hands during lockdown.

Designer and builder Chris sourced a Suzuki 650 Savage engine and built this hilarious steam punk contraption out of it. The genius bit – at least as far as I’m concerned – is making a central feature of the ‘stove pipe’ look of the engine by ignoring the need for a top frame tube. The uncluttered appearance more than makes up for any loss of structural integrity.

But even gothic fantasies need wires. Understandably, Chris wanted as few as humanly possible. We decided to sleeve the main bundles in fabric heat shrink, and hide everything we possibly could. This meant finding secret homes for the battery, regulator rectifier, starter solenoid, ignition unit and the loom itself. We decided to ditch the auto decompressor system because it was a box we couldn’t find a place for.

The loom turned out to be a collection of tendrils joined by a bundle of connectors behind the reg rec. Chris will make a funky box to hide this bit, and perhaps protect the reg rec from the heat coming off the silencer.

He’d bought the motor off eBay and didn’t even know if it would run. As it turned out, it started first prod. 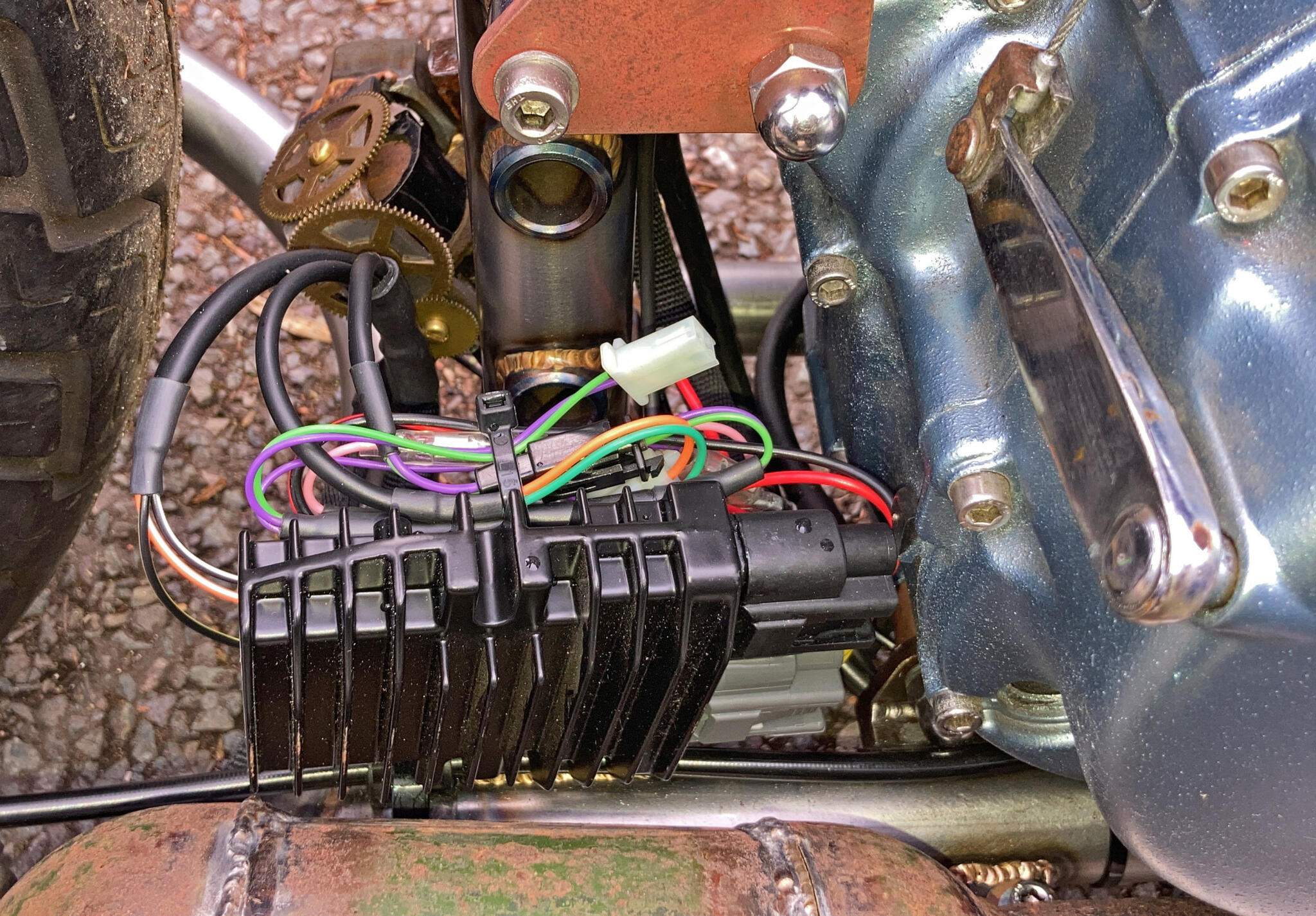 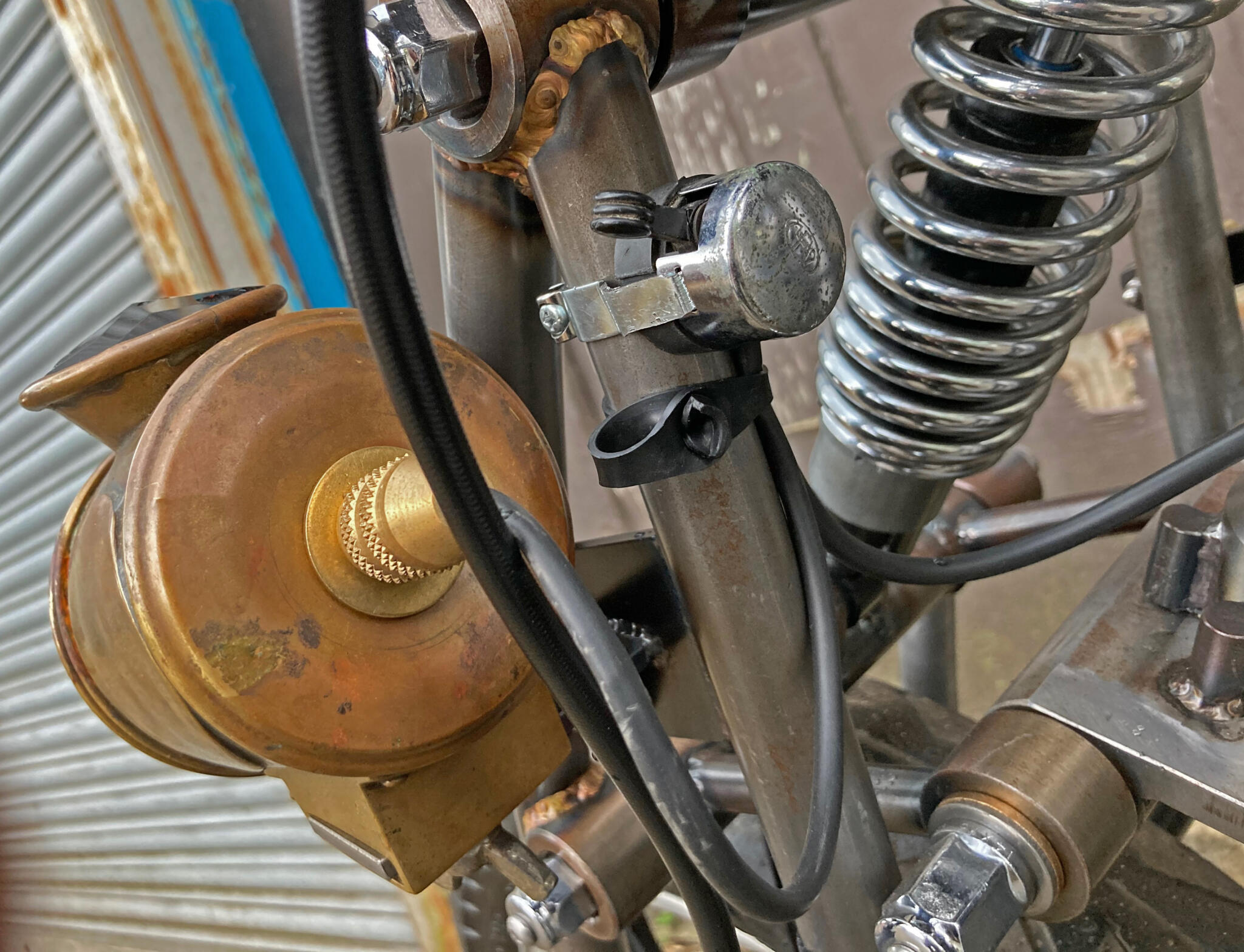 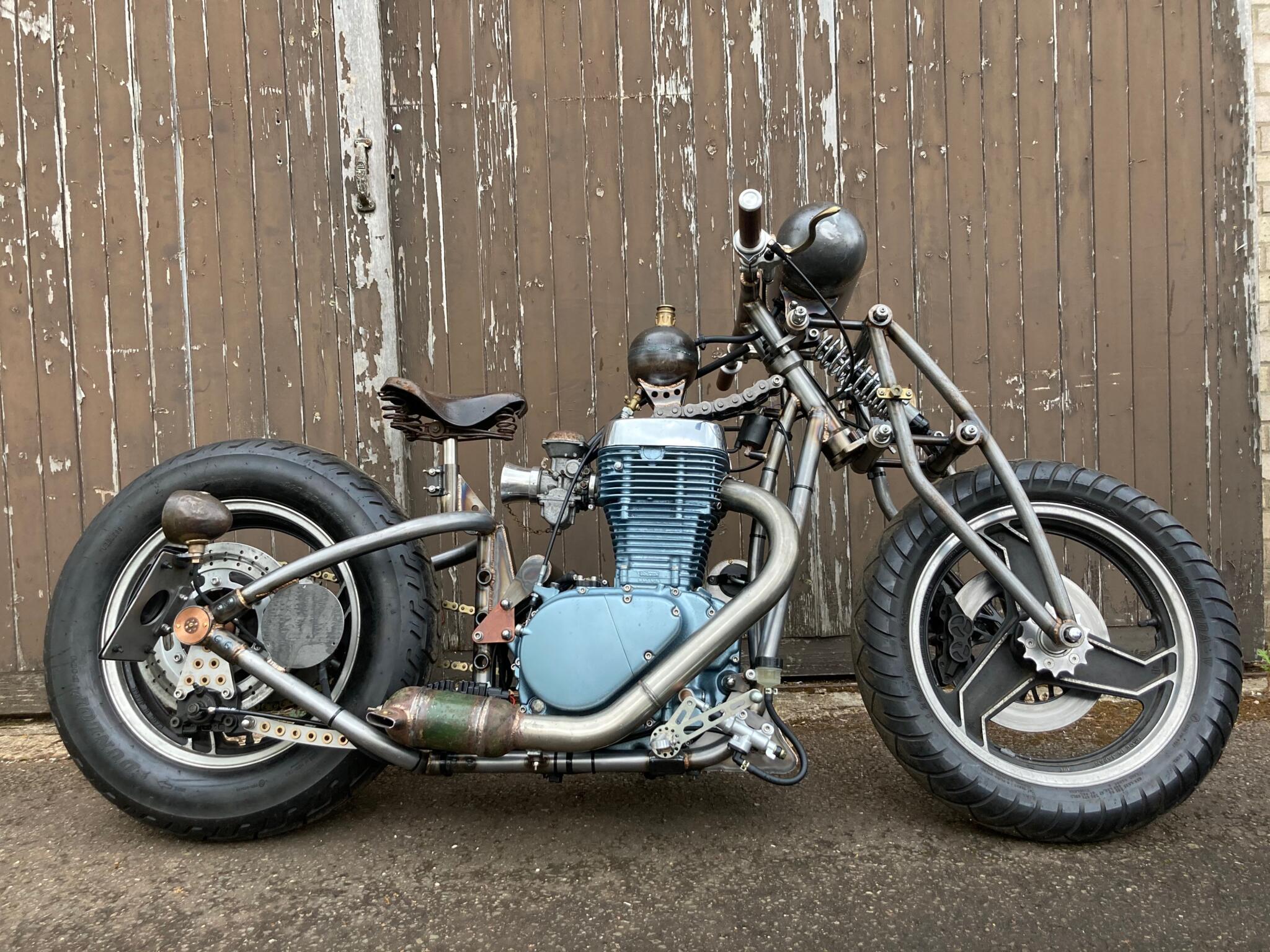 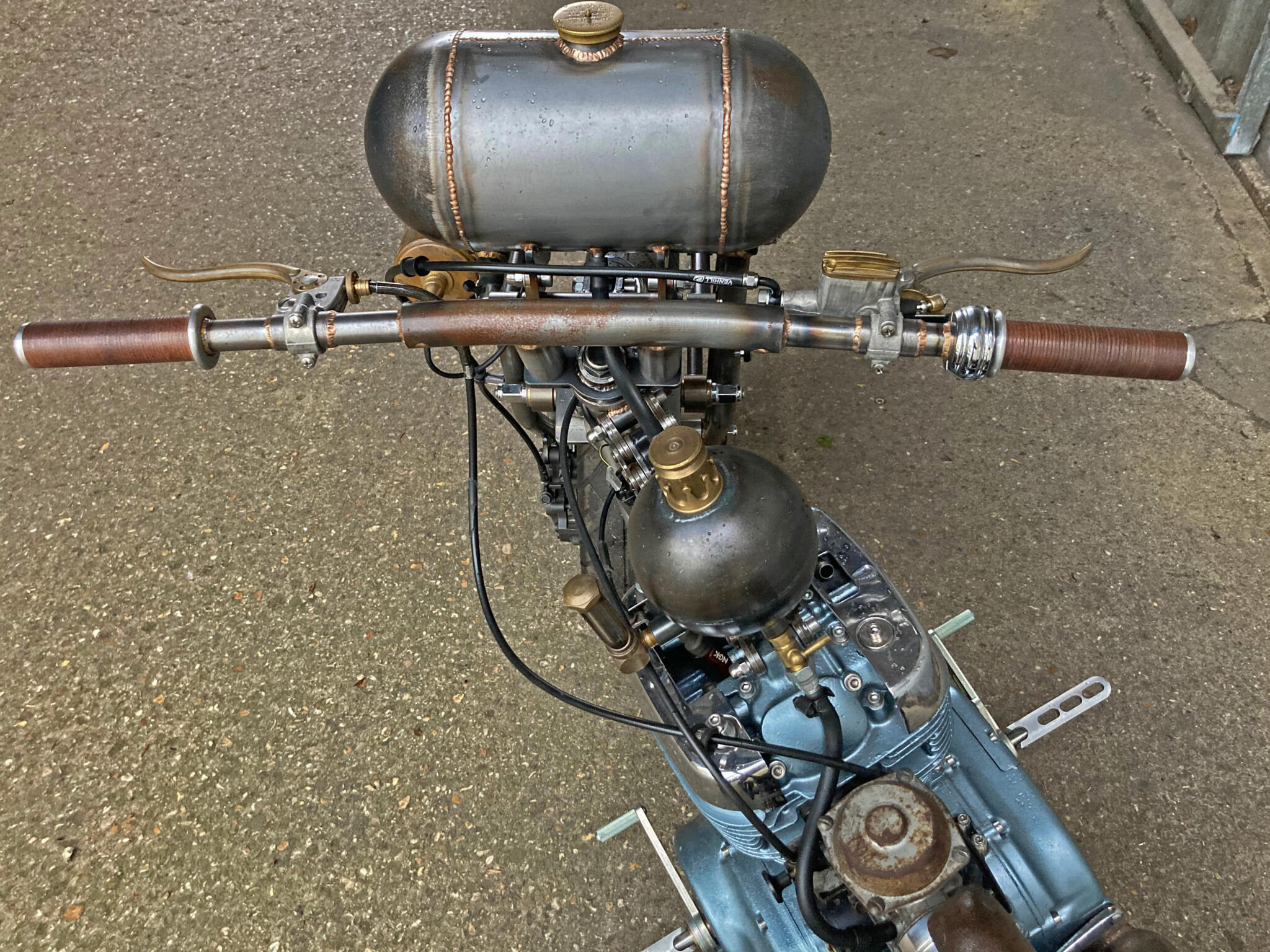 The first bike I’ve ever done with absolutely no switches on the handlebars. The big thing is the fuel tank. The small sphere is reserve, complete with sight glass