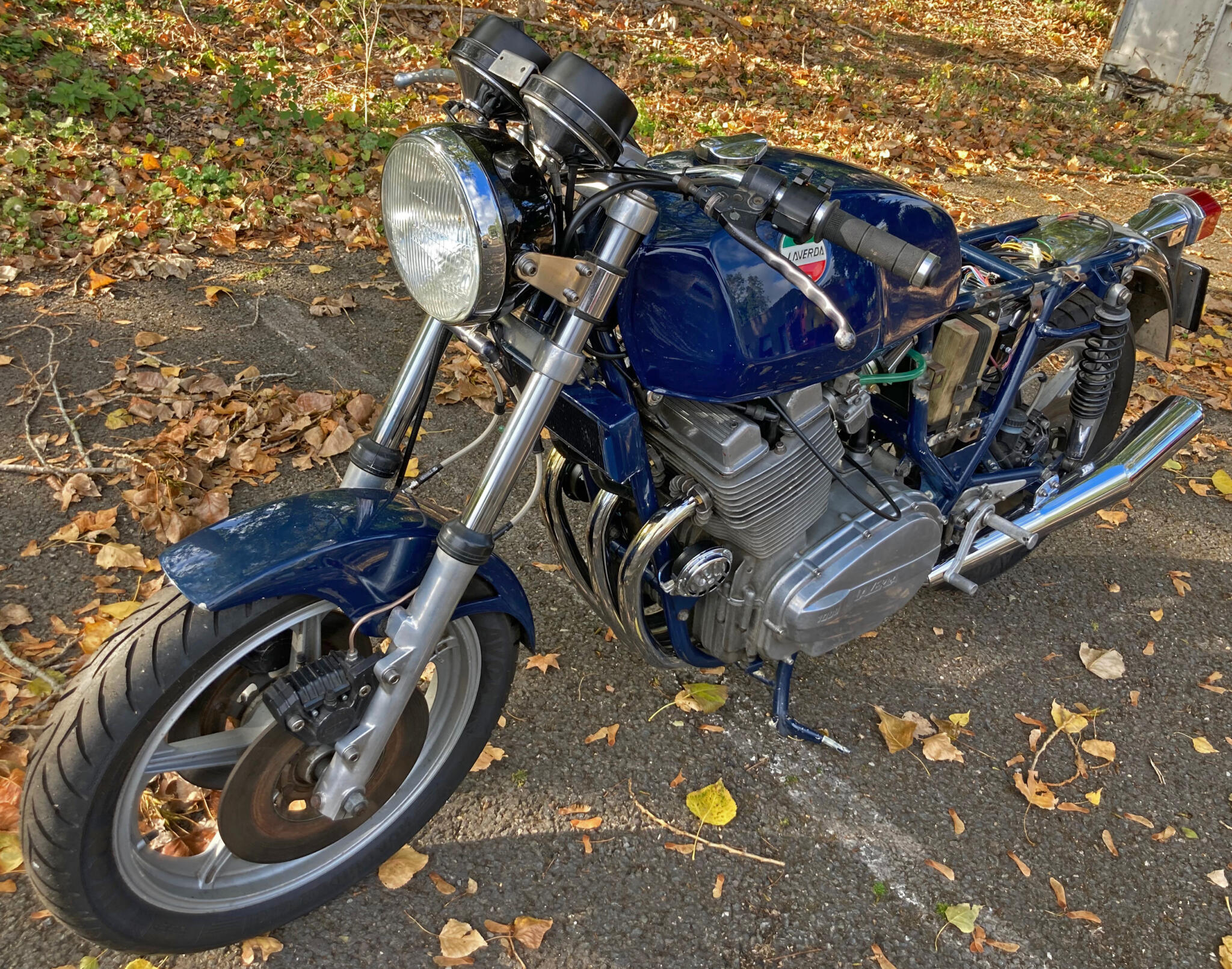 Obviously, the seat is away getting redone 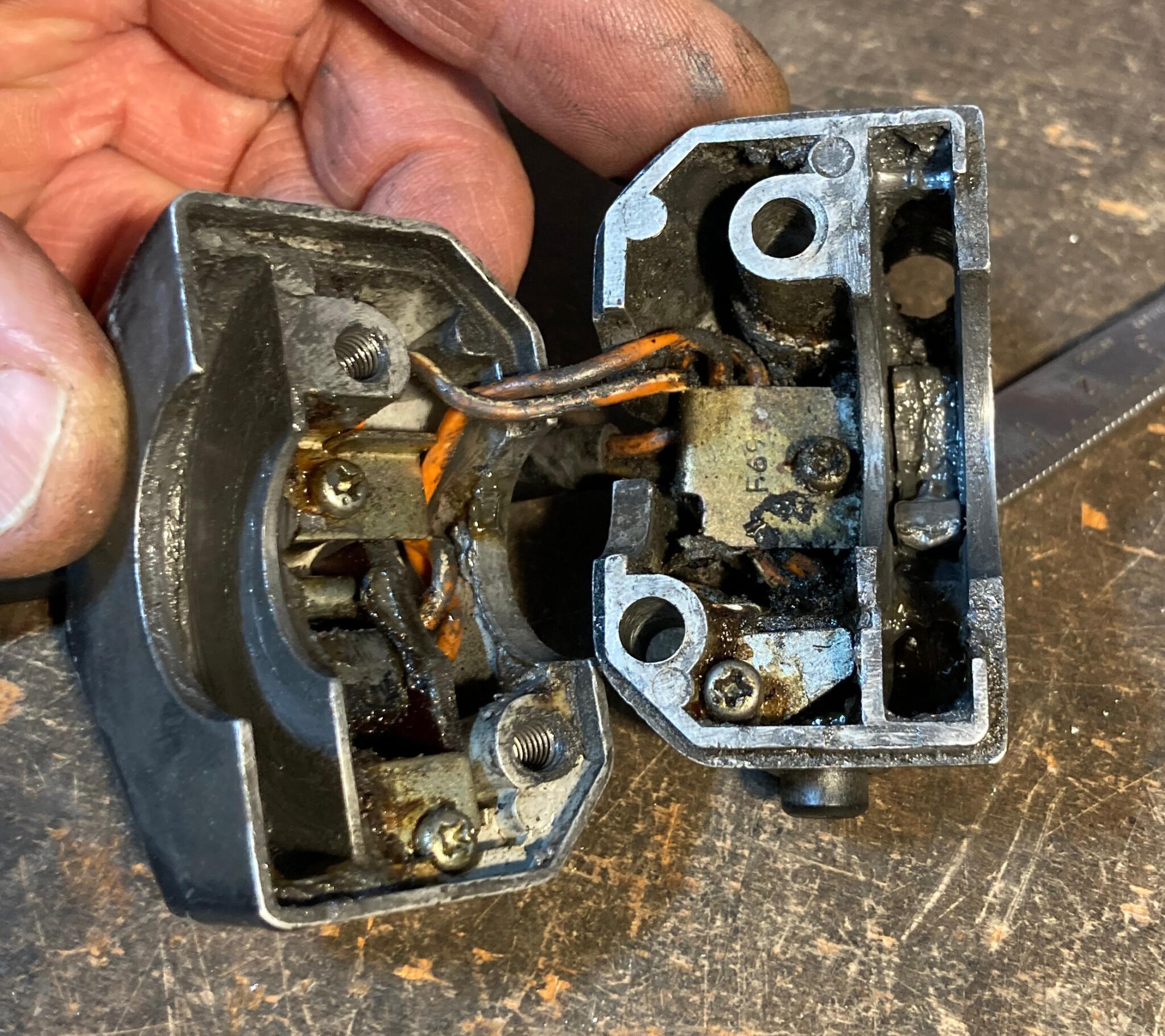 Right switches on Laverdas always take a beating. This one had mucho grot too 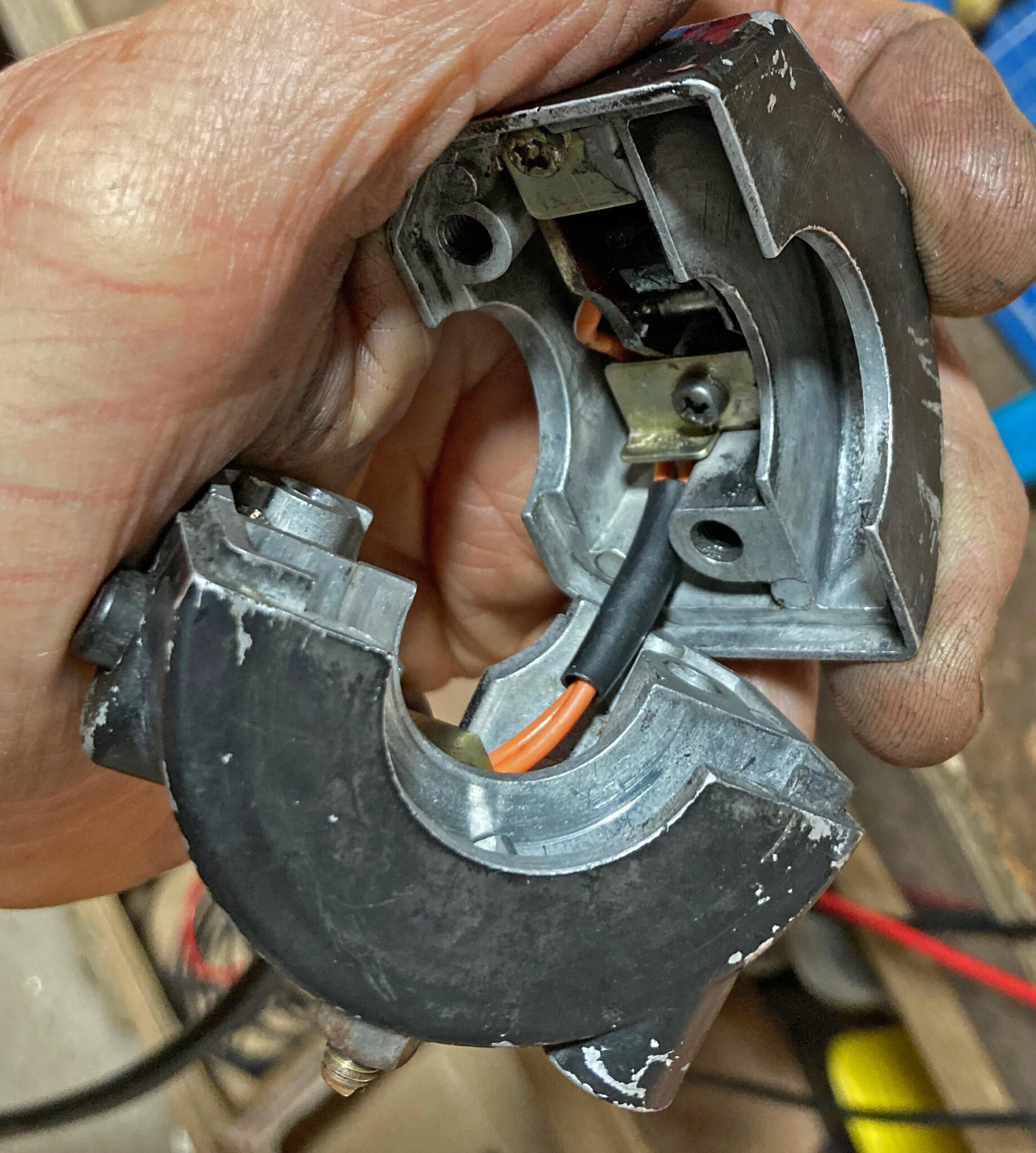 The same switch after a clean-up and rewire 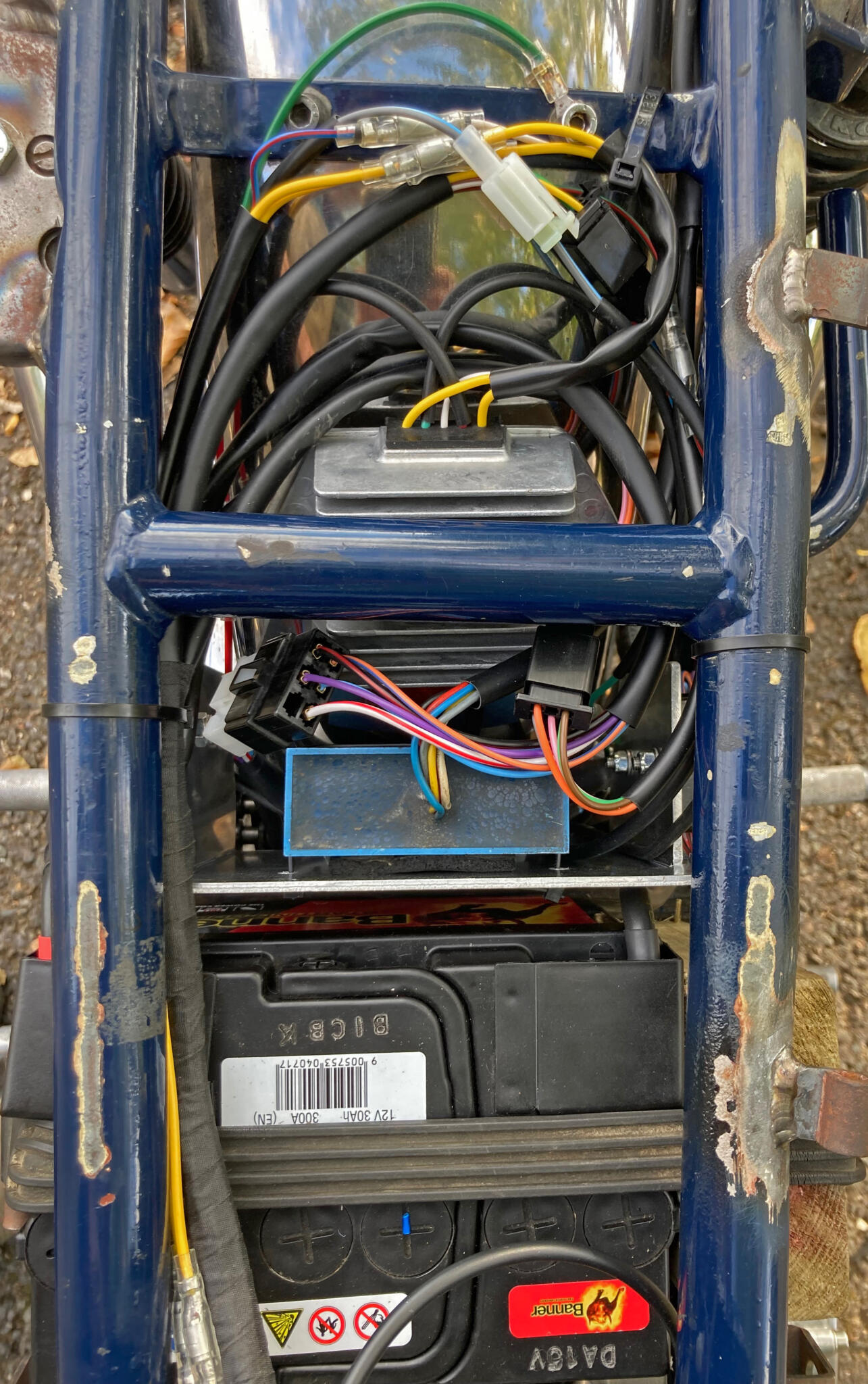 Huge battery, Witt ignition box (the blue rectangle), then the RR51 regulator rectifier. These reg recs are getting very hard to find now

This is, I think, the tenth Laverda to pass through the Rupe’s Rewires workshop. It’s a 3C, the immediate precursor to the famous Jota.

Terry had found it in Europe as a cafe racer, and carefully replaced all the frame bits the previous owner had hacked off. Hence the bare steel patches around the bike.

It came with a very early Witt ignition, which he wanted to keep, along with an original fuse box, and a pair of Japanese ignition coils taken from different bikes. Witt is a German ignition system held in high esteem in Laverda circles. Terry was understandably keen on a new regulator rectifier which could work the charge warning light on the rev counter, and wanted provision for indicators if he decided to add them later.

I was keen on making everything easy to access, and securely mounted. This noble ambition meant spending a huge amount of time making a solid bracket to take both ignition coils (the existing ones were wobbly), and another bracket to house the ignition, solenoid and fuses. True, Laverdas have a mounting point on the frame for a solenoid – but it’s really awkward to get to, and makes for some even more awkward battery cable routes.

I also cleaned up and partly rewired the switch clusters. The left one was new, but its cables could only carry about 5 amps (measure the copper strand diameter, count them and look up the current capacity). A 60W headlight takes 5-6 amps, so there’s no safety margin. I could have used a couple of relays to get round the problem but space was tight. Instead I soldered in some modern 16A thinwall cable. Same diameter as the 5 amp stuff!

I rewired the ignition switch too, this time using 25 amp cable. It just makes sense to build in lots of electrical headroom.

The loom came together as nicely as Laverda looms always do. There’s enough space, and the logical design of the bike makes routing straightforward, which is why I like working on them. 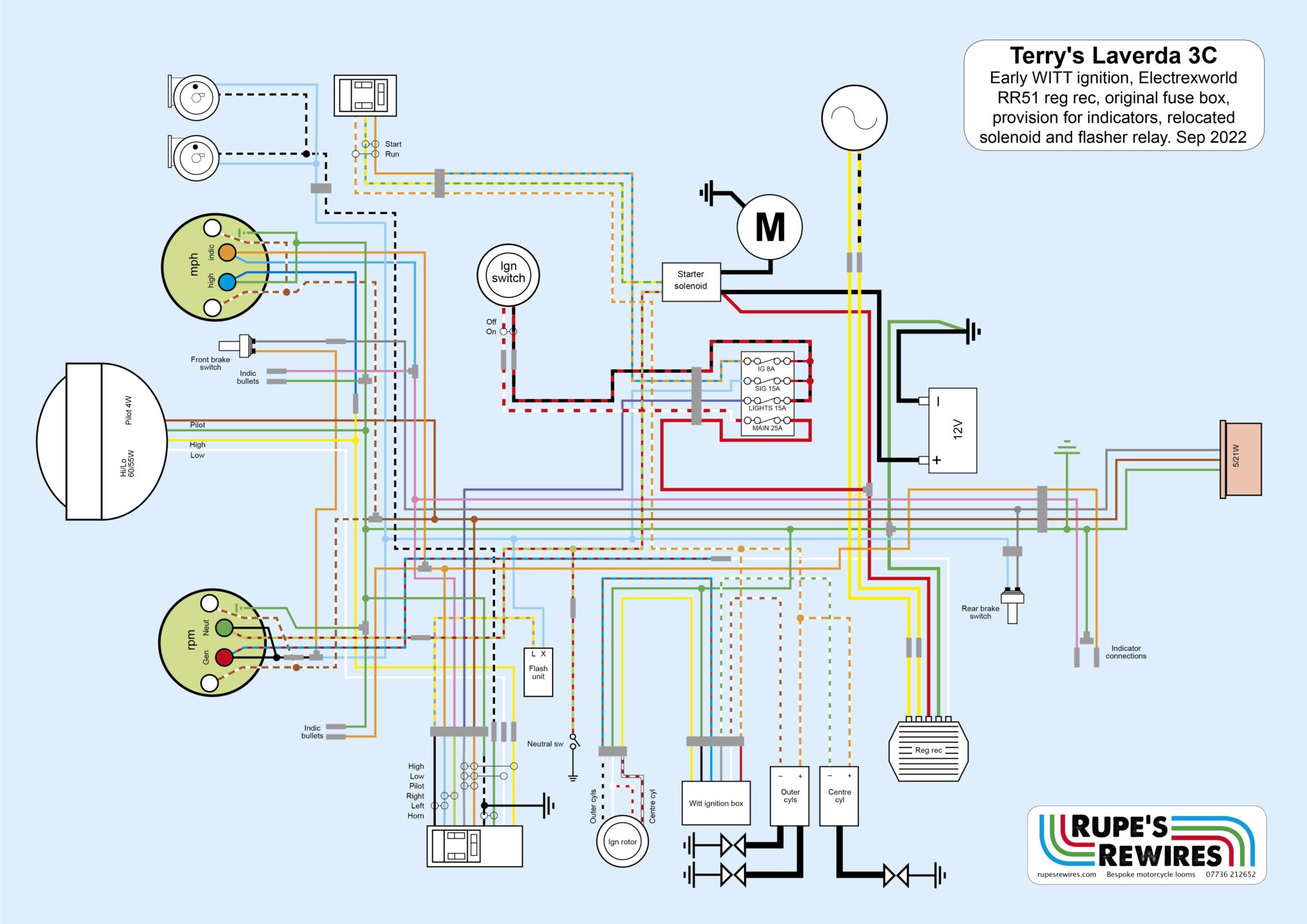 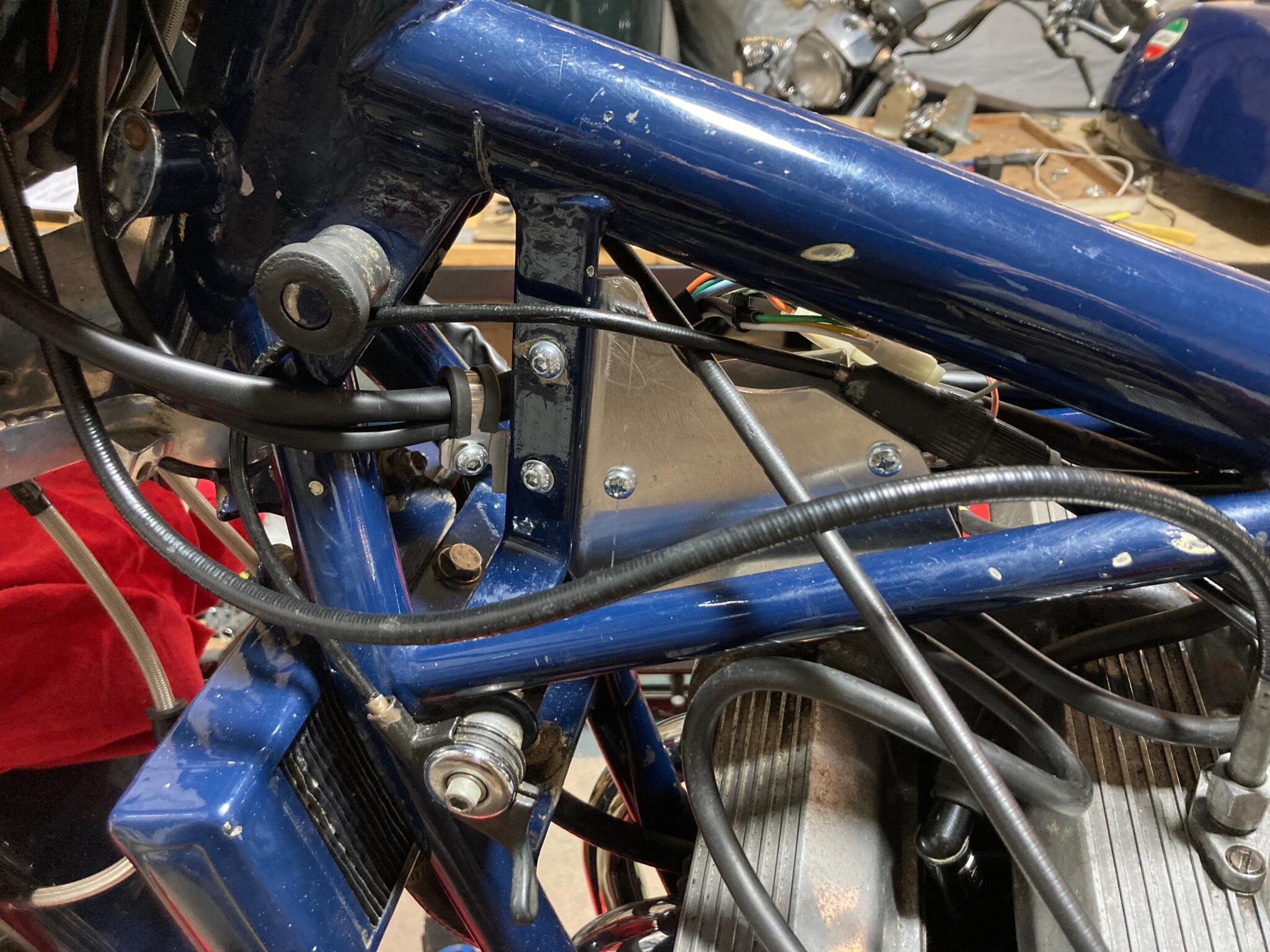 The coil bracket is made of folded 3mm aluminium plate. The cutout allows the clutch cable plenty of room 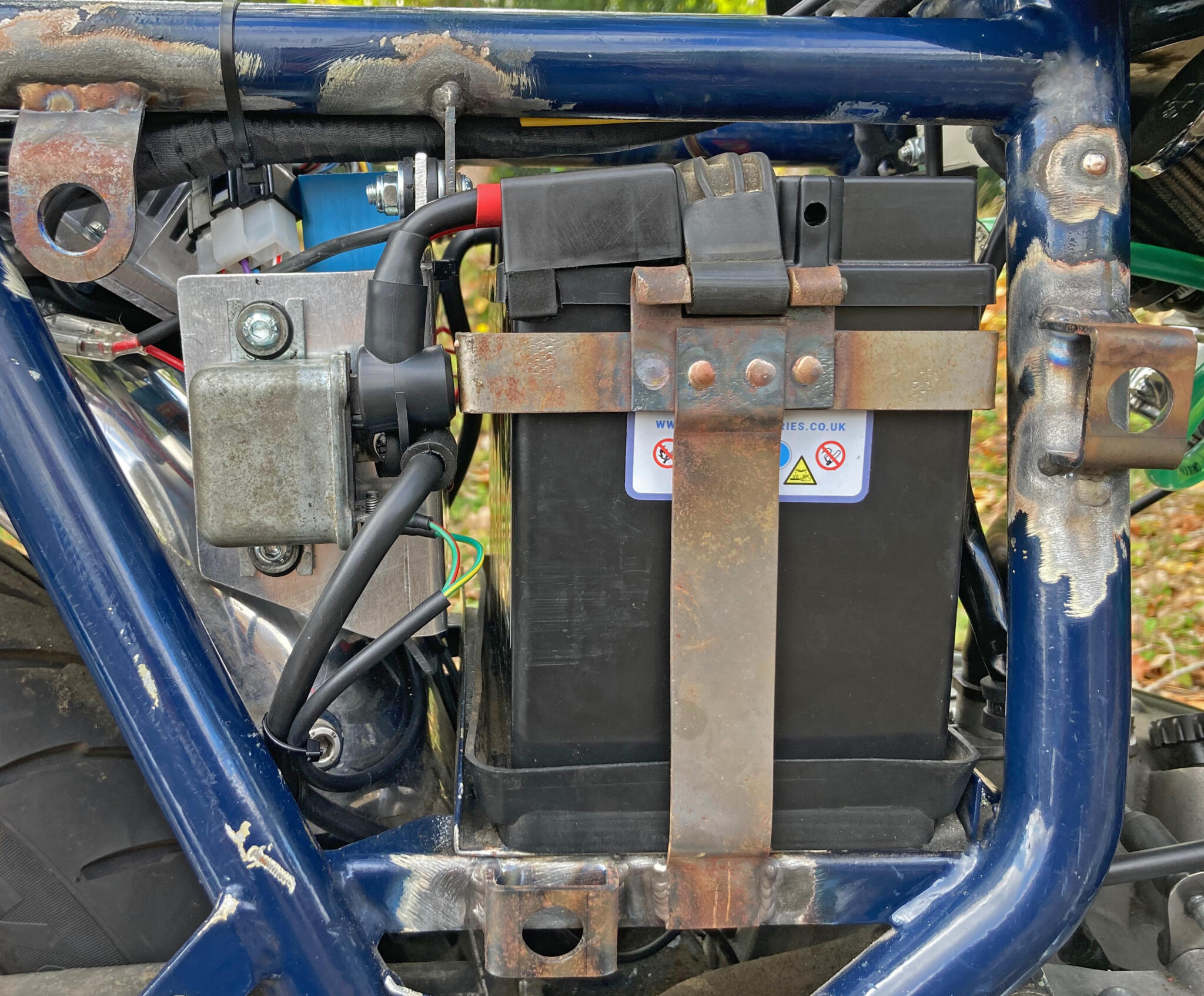 Bare steel bits are recently replaced. The solenoid has been moved from behind the air filters to here, where the terminals can be properly insulated and the leads have a short, smooth run 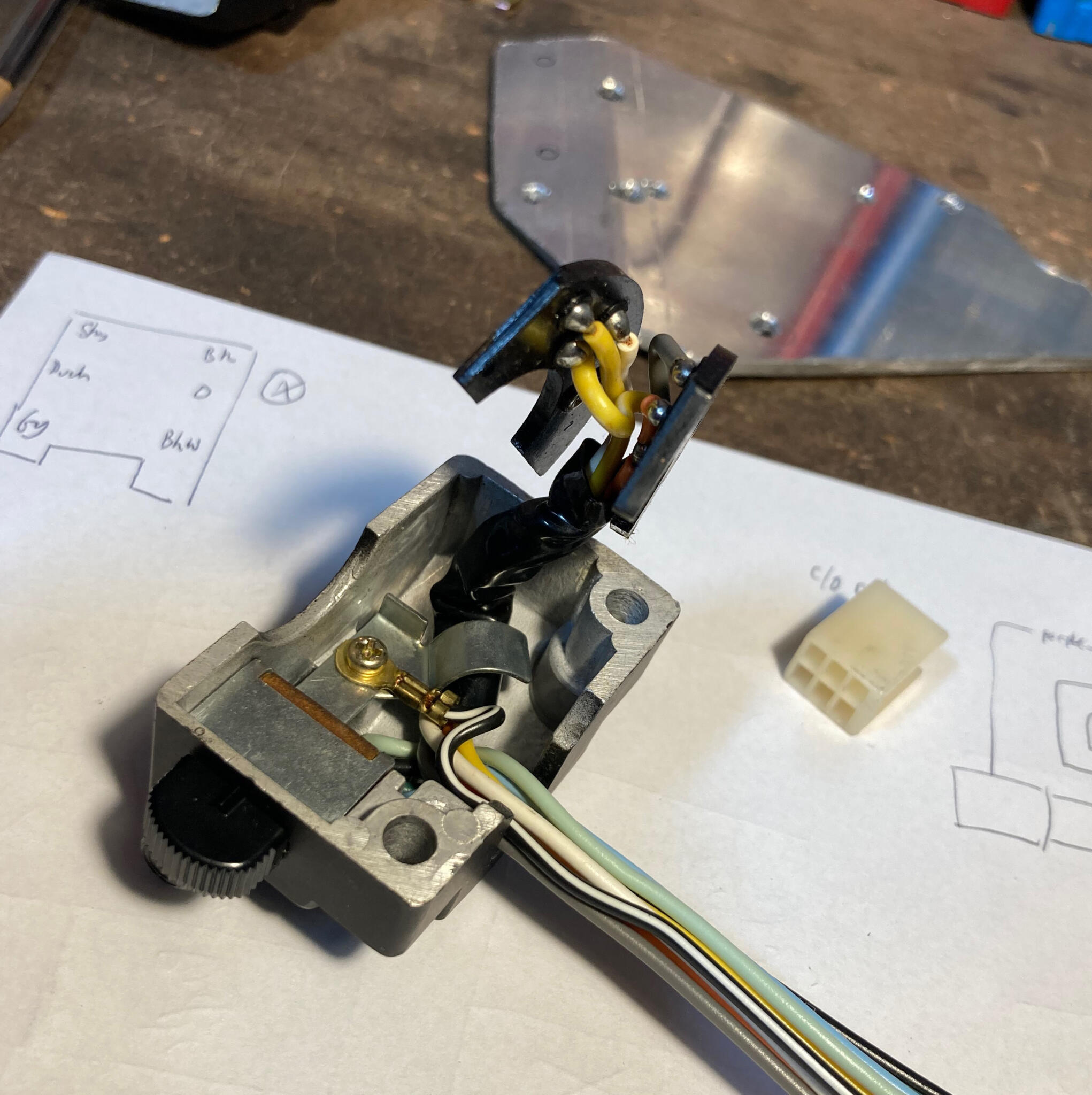 Brand new left handlebar switch had marginal current capacity in the headlight cables. It felt safest to upgrade them 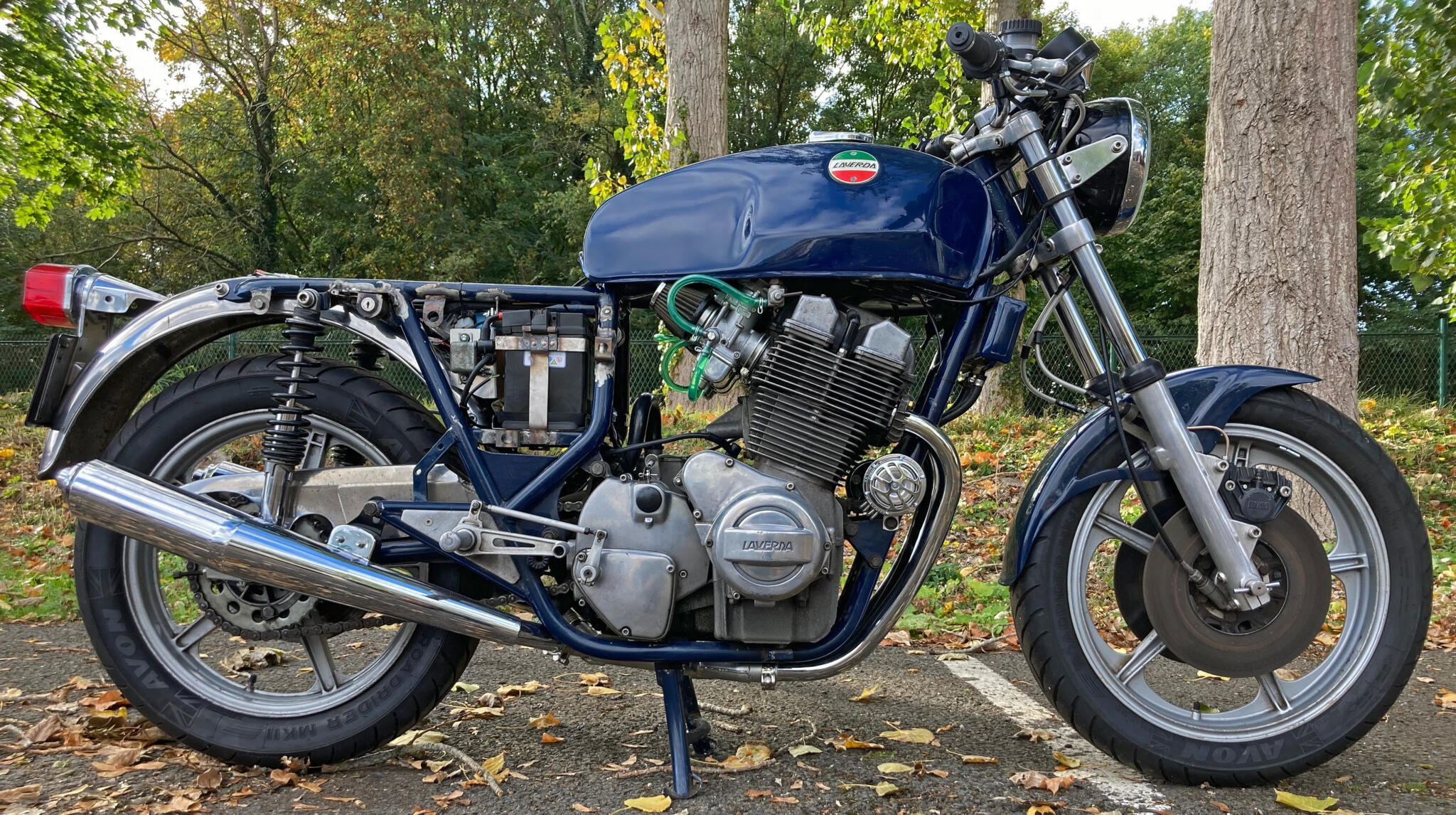 Add side panels and seat, and it’s ready for an MOT. Those flat bars make so much more sense than Jota clip-ons