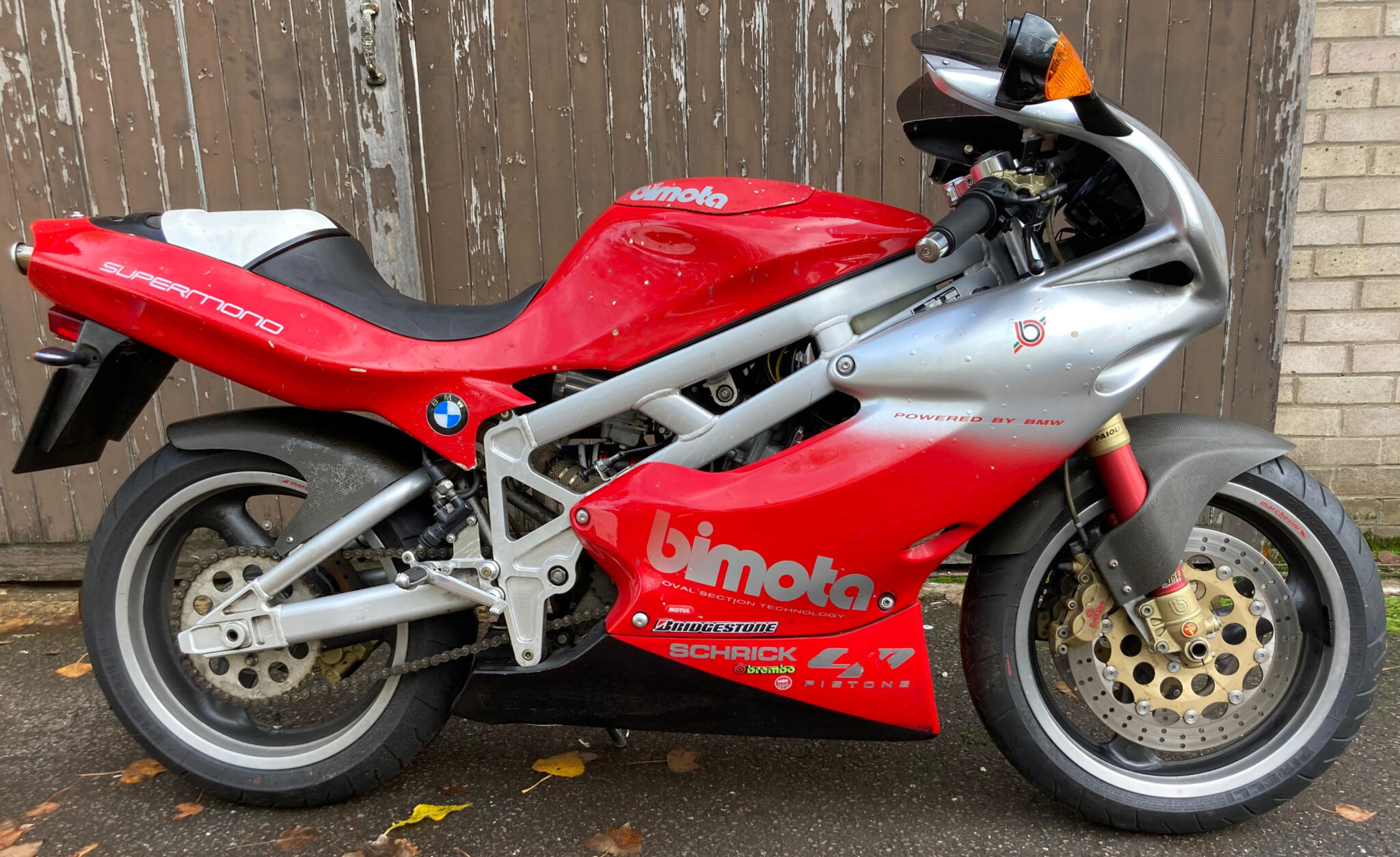 A very neat bit of packaging: the exhaust is entirely hidden inside the bodywork 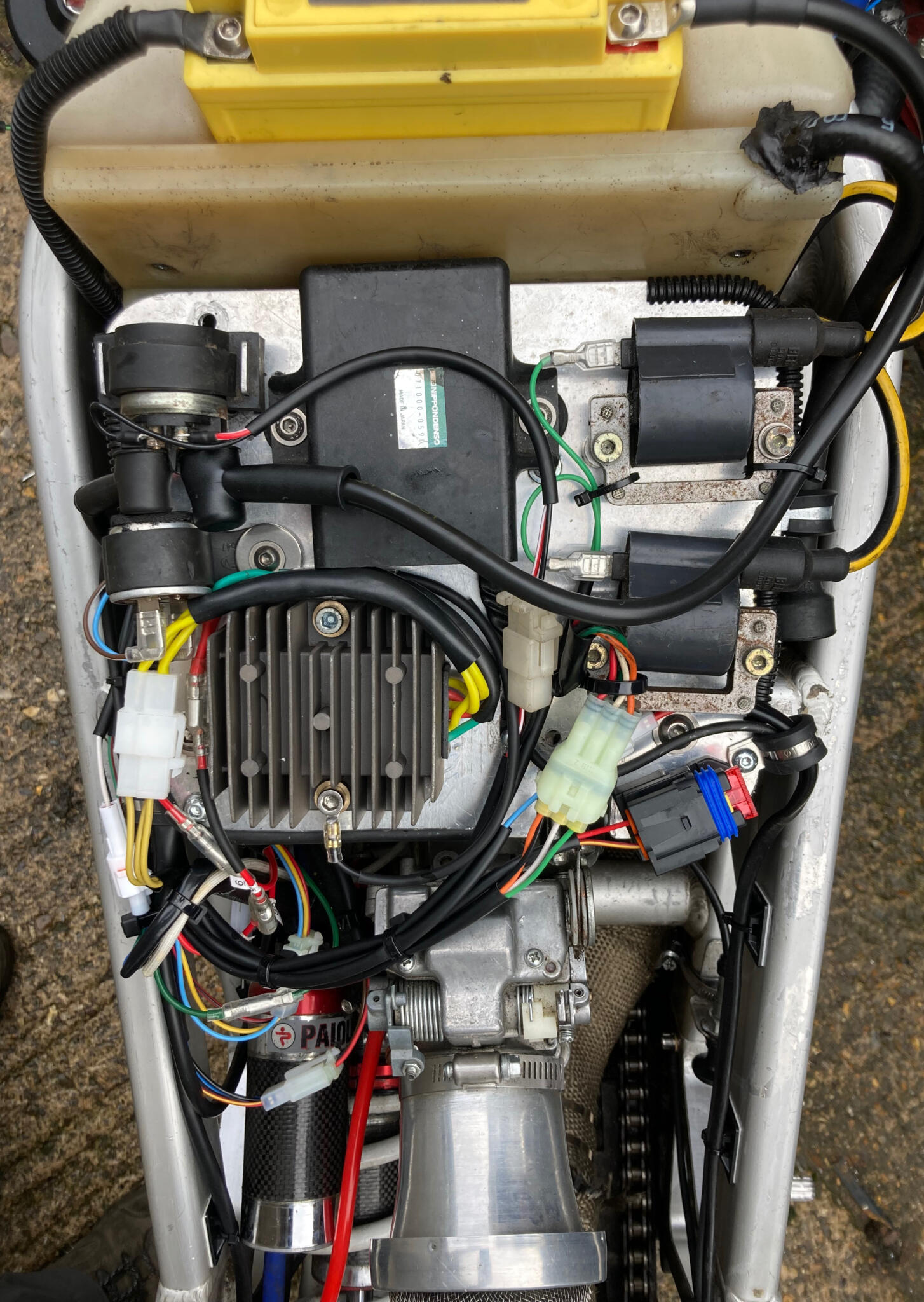 And here is the gubbins: almost everything a BMW single needs in one place 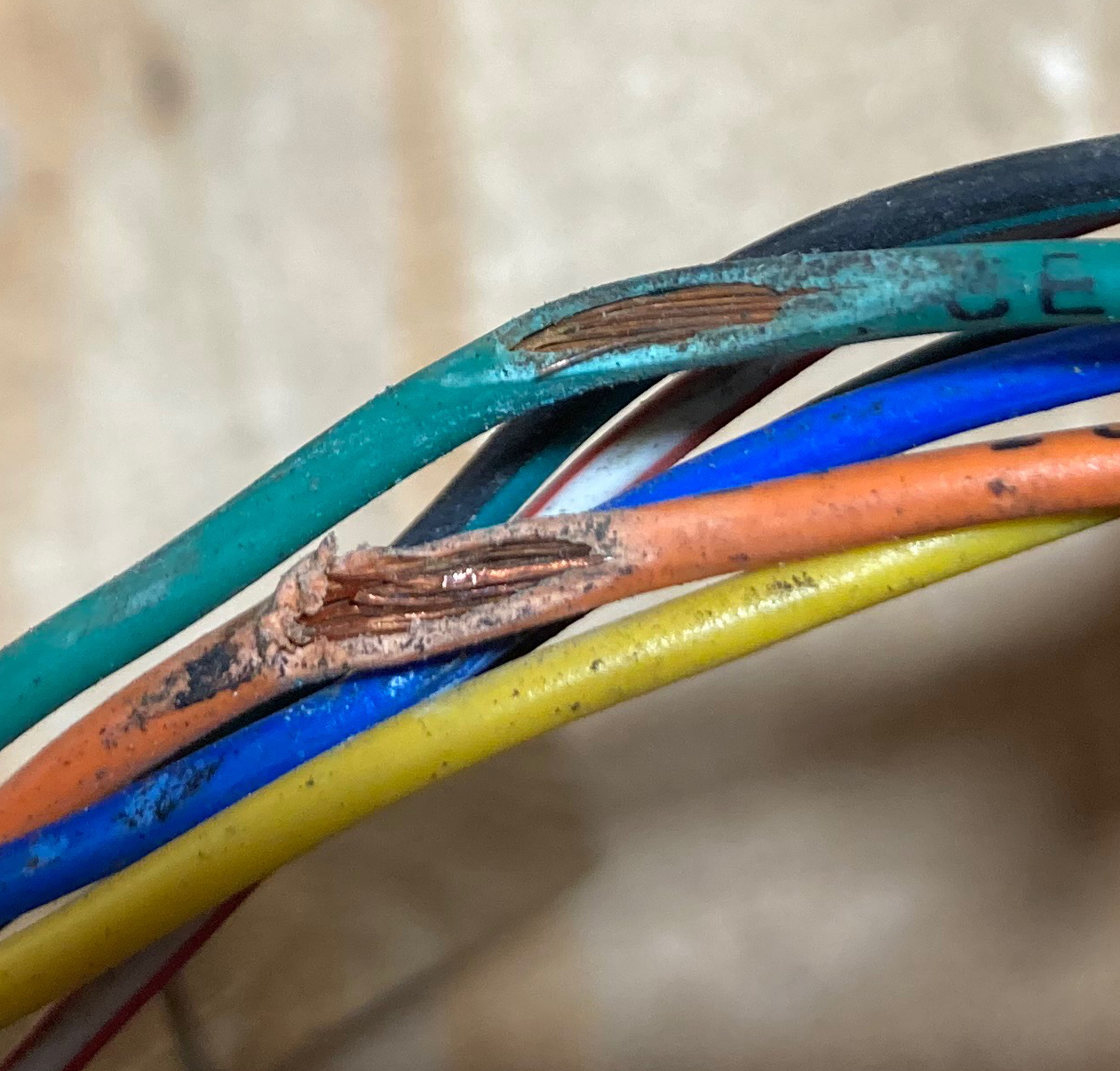 However. These are the main ignition switch wires, chafed to death over a sharp edge 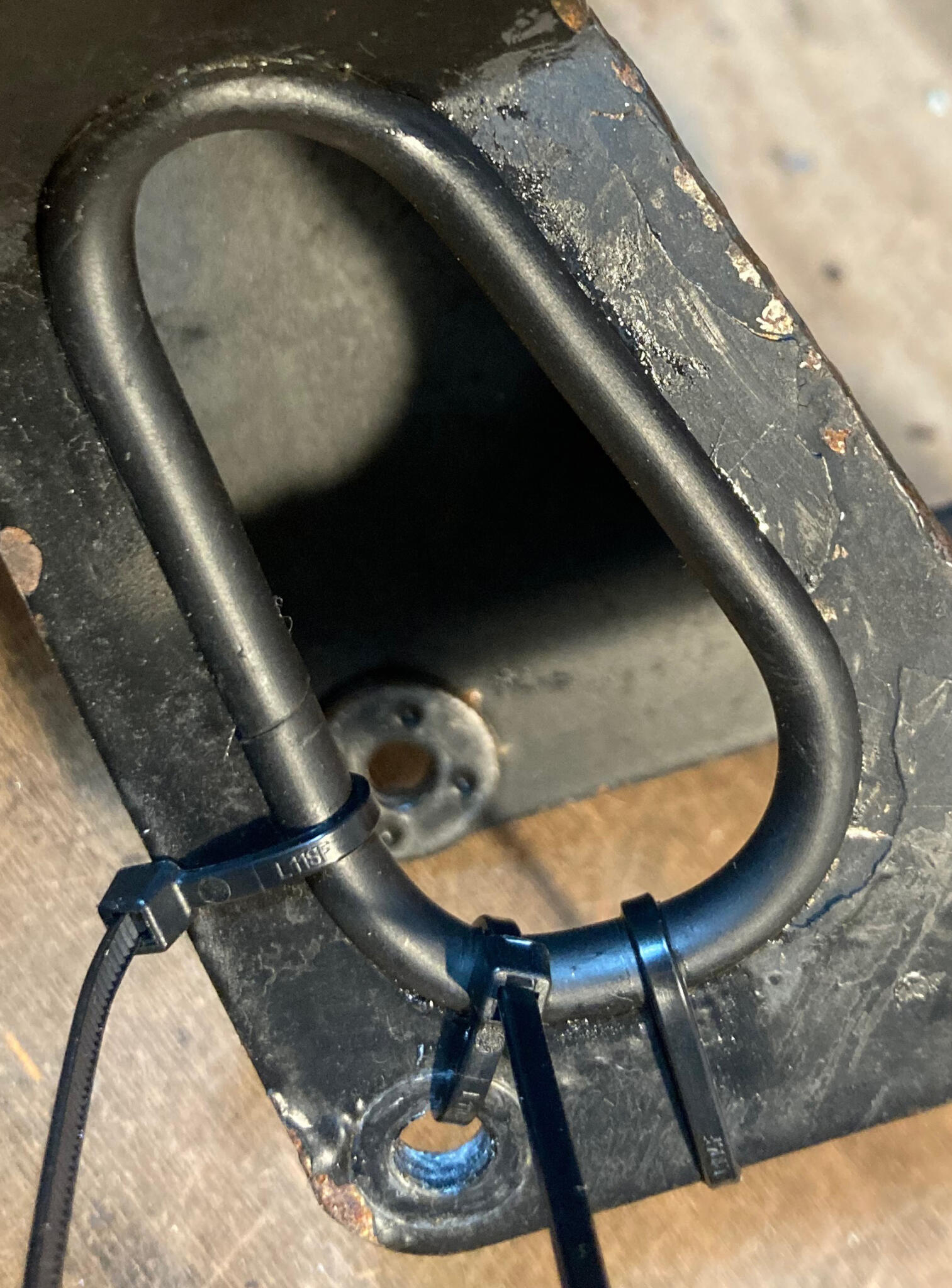 My solution was a custom grommet made from rubber beading

I remember going on the launch of this bike, at Le Luc in France. It was Bimota’s take on a super-skinny, high-performance single, using BMW’s F650 engine. It didn’t half vibrate, and the fuel tank was in the belly pan.

Bob has owned the bike a good while, and has been gradually doing it up as time and inclination allow. He was concerned that the wiring had baked itself over the years. As it effectively lives in a glass fibre cupboard next to an exhaust pipe, he had a point.

There were some baked wires, and plenty of other damage due to wires running over sharp edges, getting corroded, getting ‘repaired’ by previous enthusiasts, or getting drenched in escaped engine oil. Once a bike gets tired in this way its redemption involves a forbidding amount of work. And it can take a while before you realise just how complicated the work is going to be.

We simplified things a little by deleting the usual safety interlock on the clutch and sidestand, and some aftermarket stuff that had been added over the years. And Bimota were sensible enough to specify 35W headlight bulbs, which meant we didn’t need to run them through a relay. If they’d been 55/60W it would be a different story.

Most of the action happens on the aluminium plate above the engine. It’s so hard imagining how it is all going to fit before you start. If only I had a four-dimensional brain. Maybe I need to play more chess.

One curious thing: the high beam came on (also the high beam light) as soon as the lights were switched on. The reason? It was built wrong in the first place!

Once that was sorted the finished bike did all the inky-blink stuff OK. But it was reluctant to run on tired fuel unless I squirted Easy Start into the carb. We agreed Bob could deal with that job!

It’s a fascinating bike with some really ingenious design features. I’m hoping Bob will send some update pics next spring, once he’s had more work done. 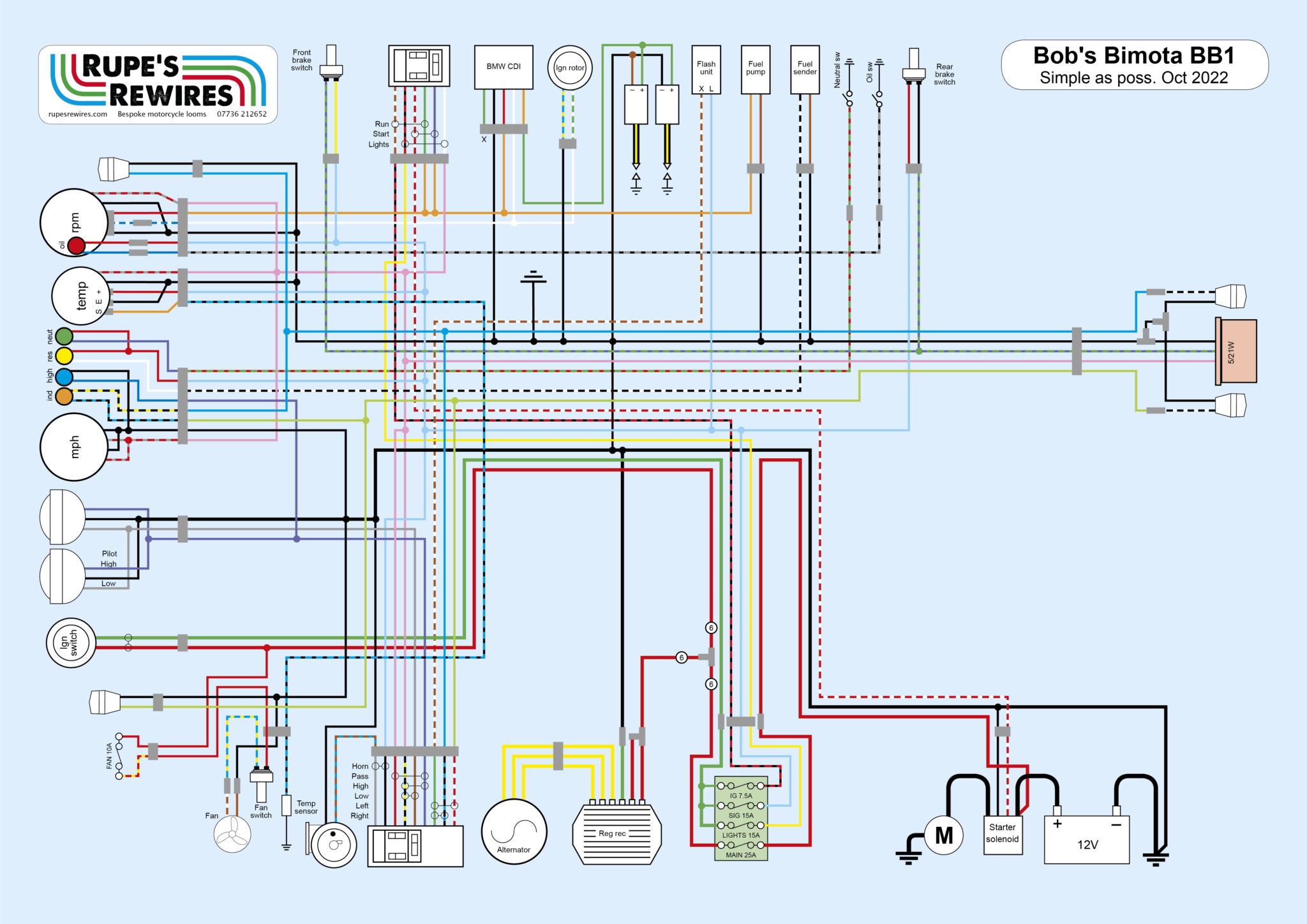 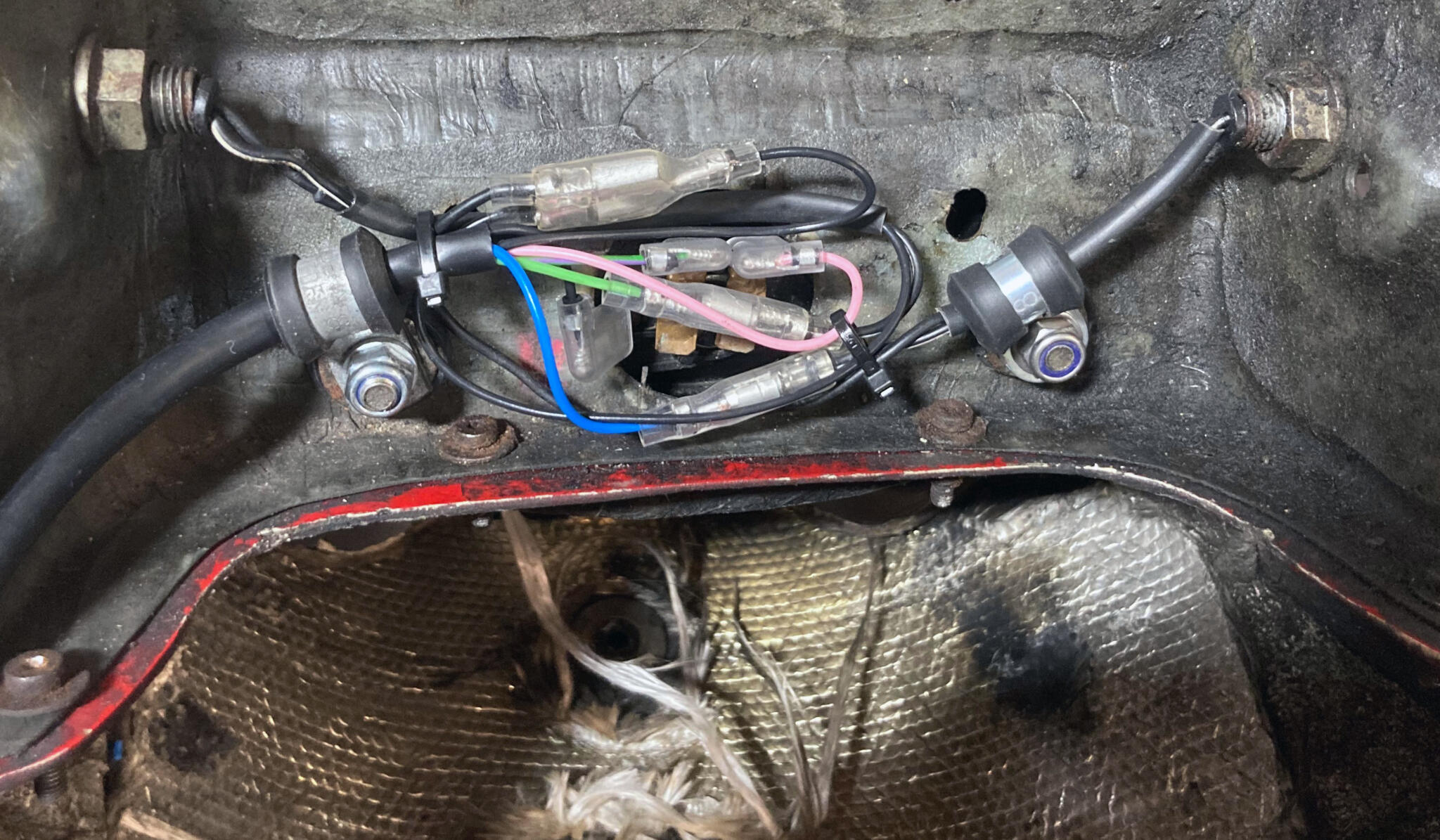 The tail light and indicators live inside the top body section. There’s no elegant way to wire them if you want to be able to replace each of them independently 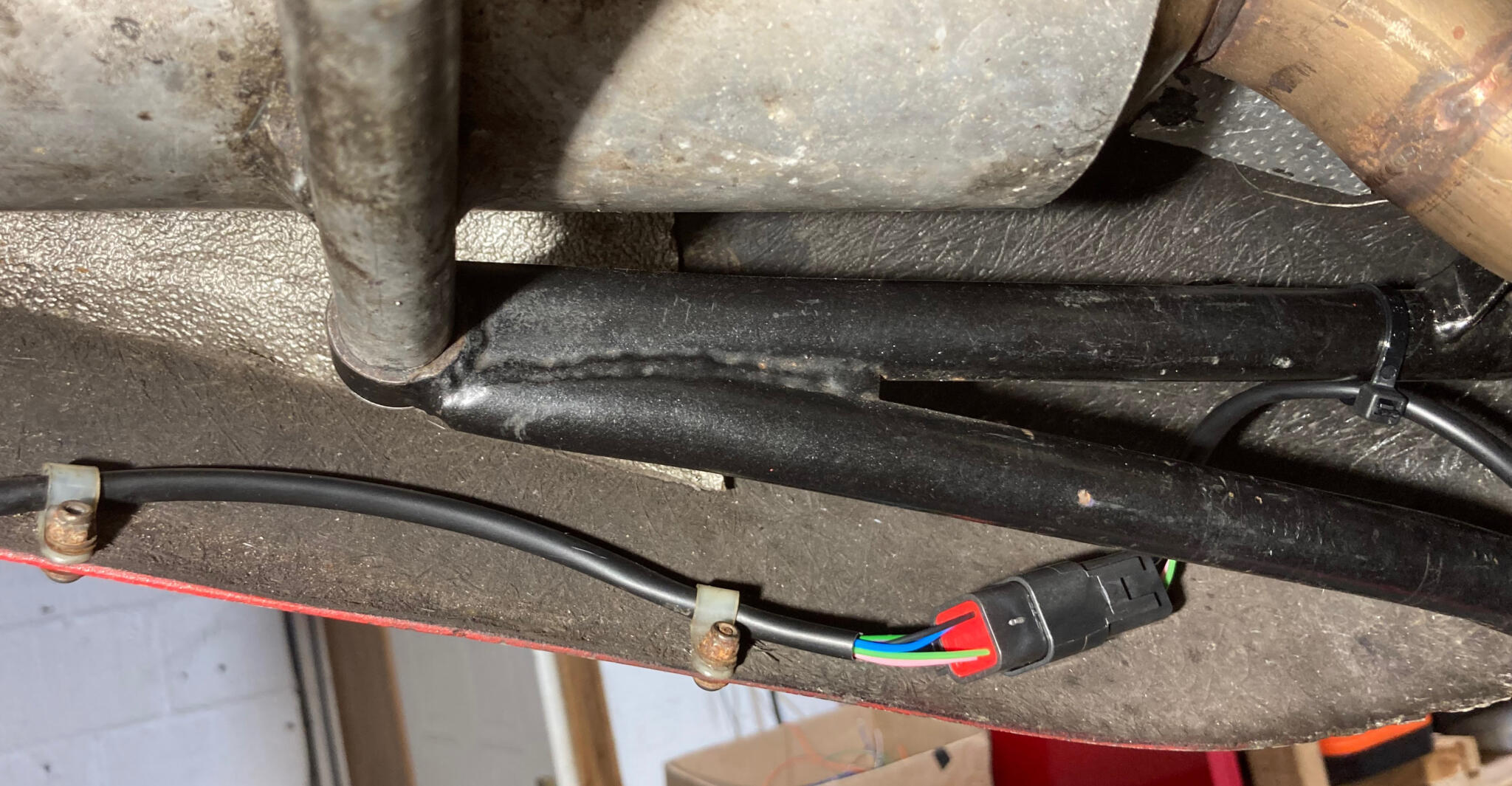 But you can make a quick-release plug to get the body off in 30 seconds. This is a waterproof Deutsch DT plug 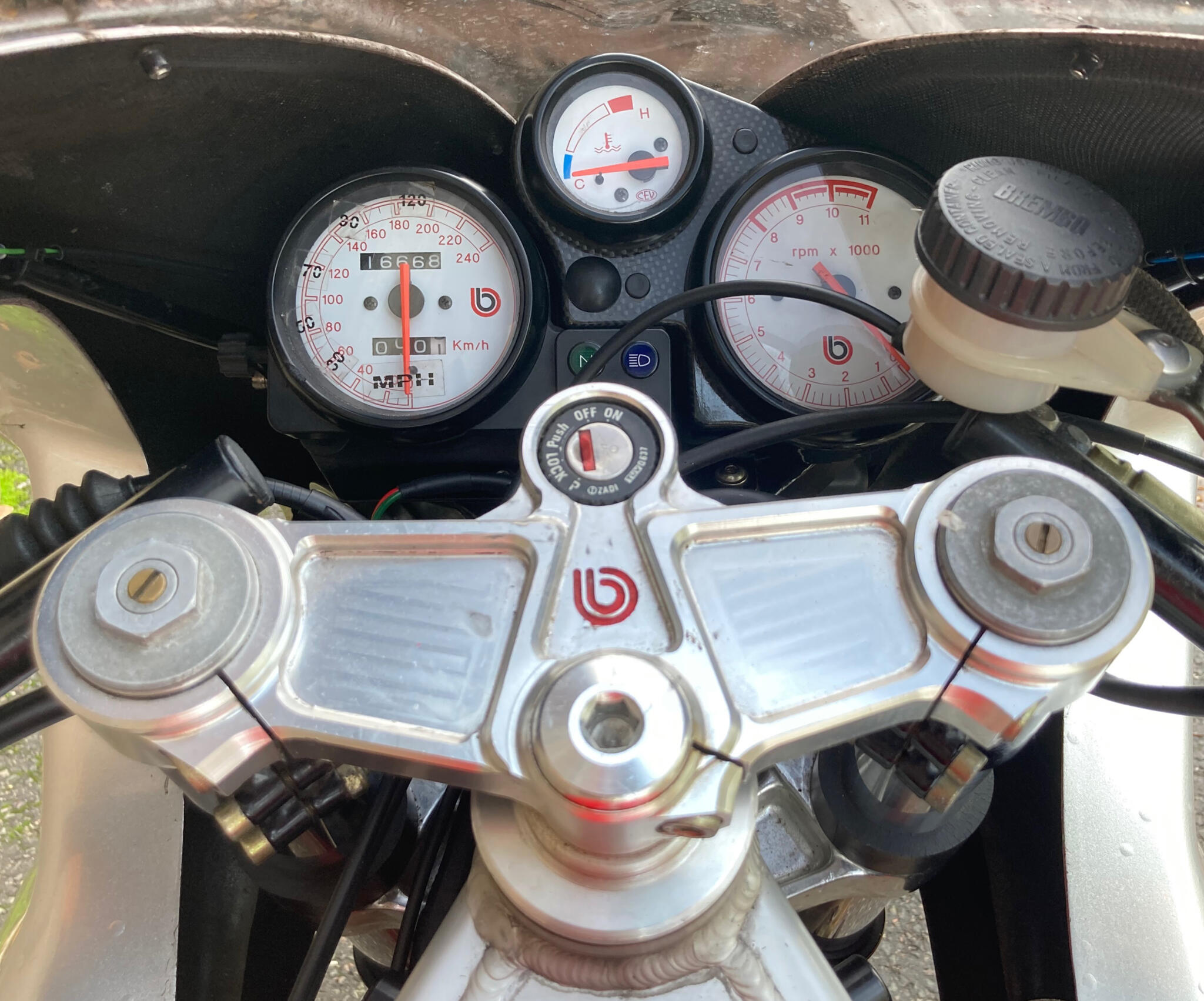