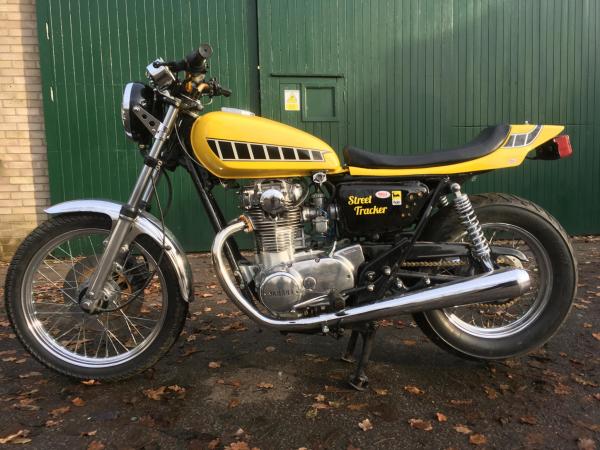 Ain’t it pretty? The flat track-style seat is aluminium 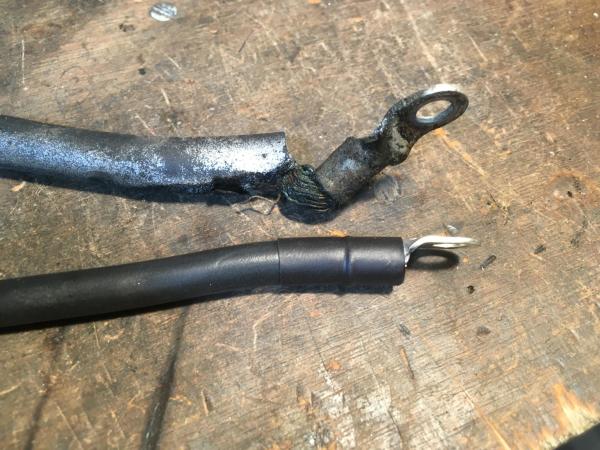 Above is one of the old battery cables. Below is its high-capacity, custom-built replacement 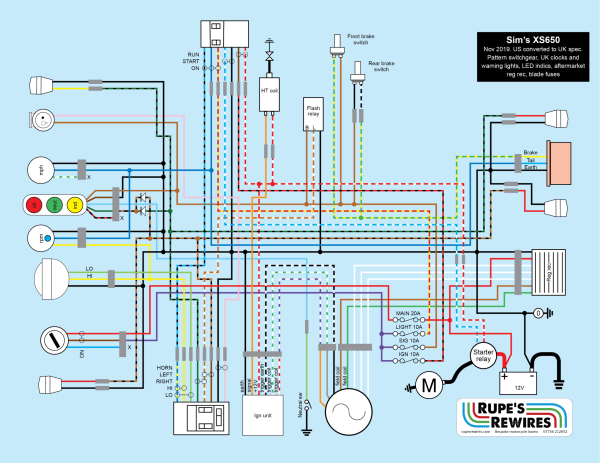 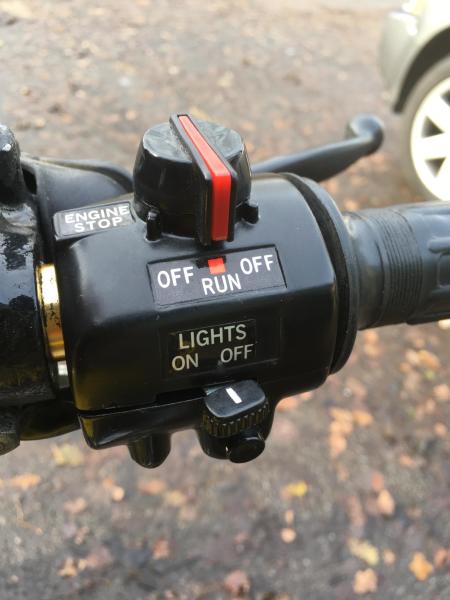 The US-spec version has no on-off light switch

Sim bought this 650 twin from the USA, where it had had a hard life. The switchgear and ignition switch were full of road dust. The starter clutch was toast. And the engine barely turned over – a situation easily explained by the state of the battery leads. With this in mind he provided new switchgear and a new regulator rectifier, plus a set of LED indicators which he would fit later, but which needed wiring in. The brief was to convert the bike to UK spec, complete with UK-spec clocks and warning lights.

He’d also sourced a pattern wiring loom, so hopes were high that it would be a quick in-and-out job. Unfortunately the first loom turned out to be for a Honda, and the second had mistakes in it. Finally we decided it would be better to start from scratch. We’d already done lots of careful prep: the ignition switch needed stripping, cleaning and lubing, while the battery leads and tail light needed remaking.

One thing to remember when you fit LED indicators to a bike like this: you need to add a diode pack to the indicator warning light. If you don’t, all four indicators will light up whether you indicate left or right. The reason: conventional indicators send a current to the indicator warning light, where it earths through the indicators on the other side. That works fine on normal bulbs, but LEDs use so little current they light up the side you’ve selected and the opposite side too. Goffy Electrical sell diode packs to solve this problem (he calls them tweakers) but I made one up in 20 minutes.

The bike fired up and ran, but the starter clutch will need replacing before the XS can be a regular ride. It’s unfortunately a common issue on high mileage bikes. But doesn’t it look smashing? 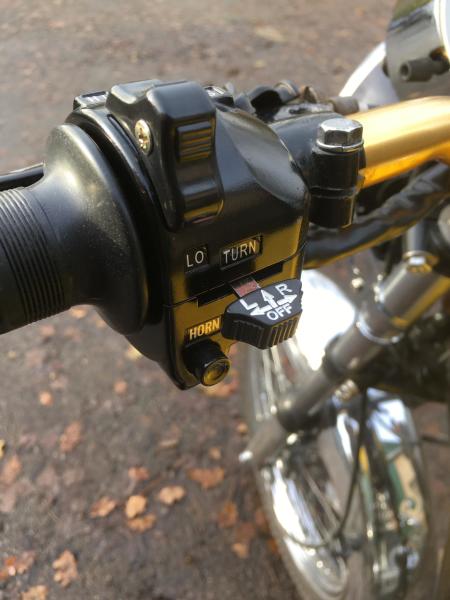 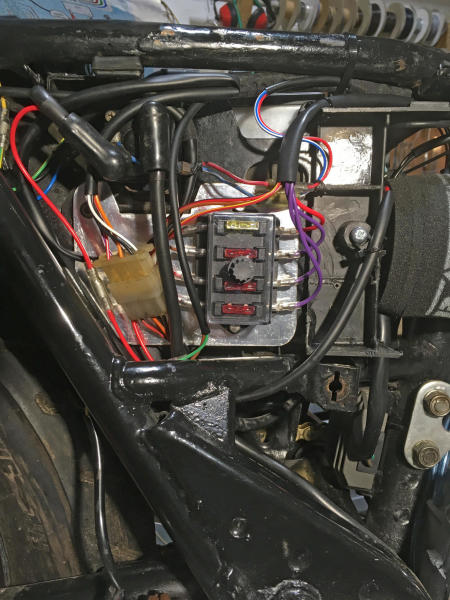 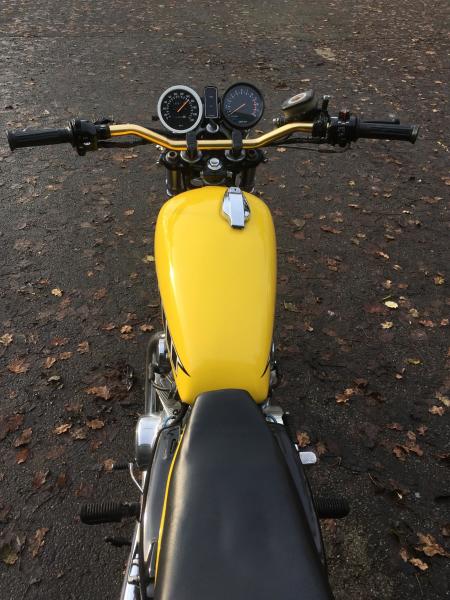