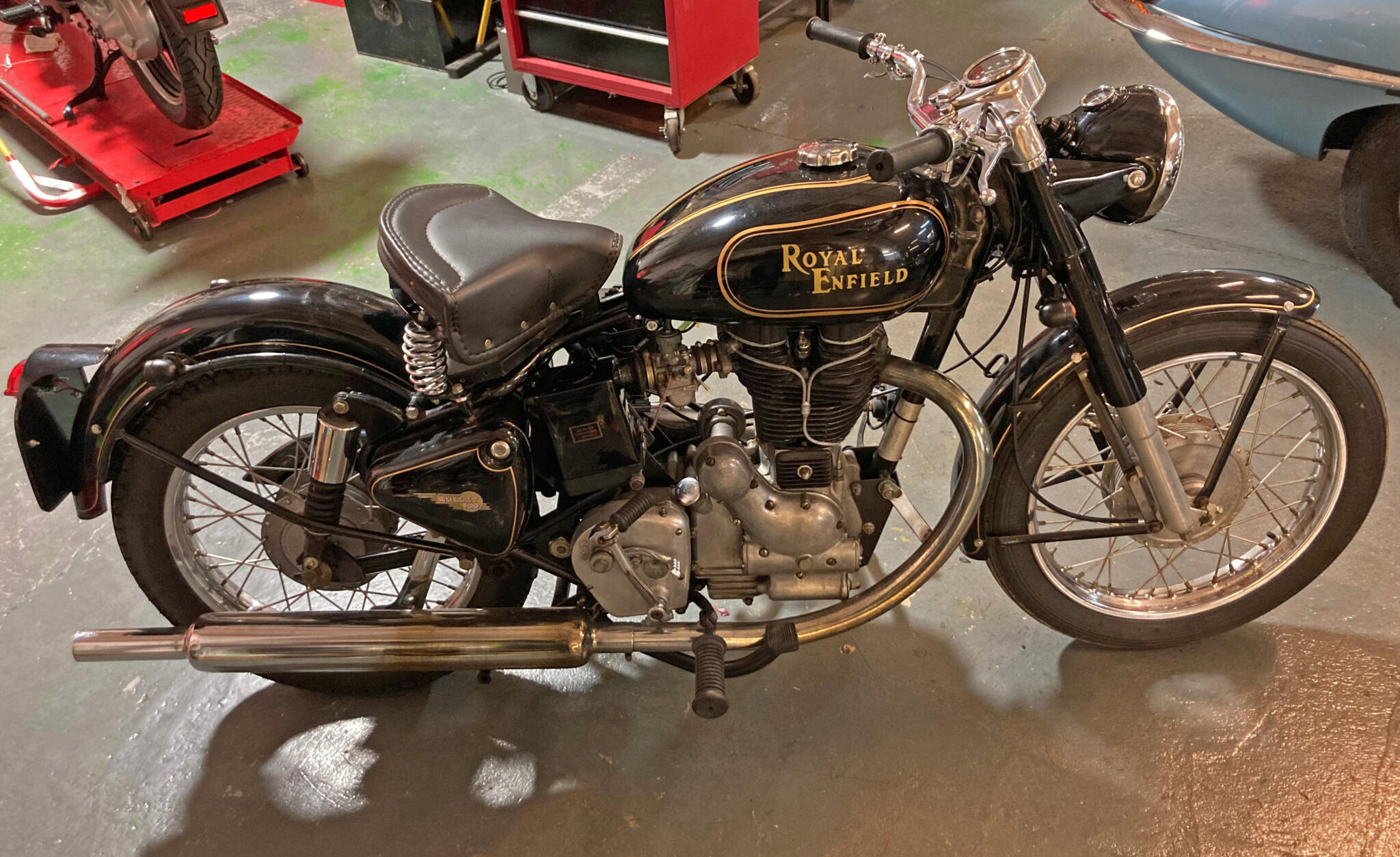 Apologies for the indoor picture. It was raining stair rods outside 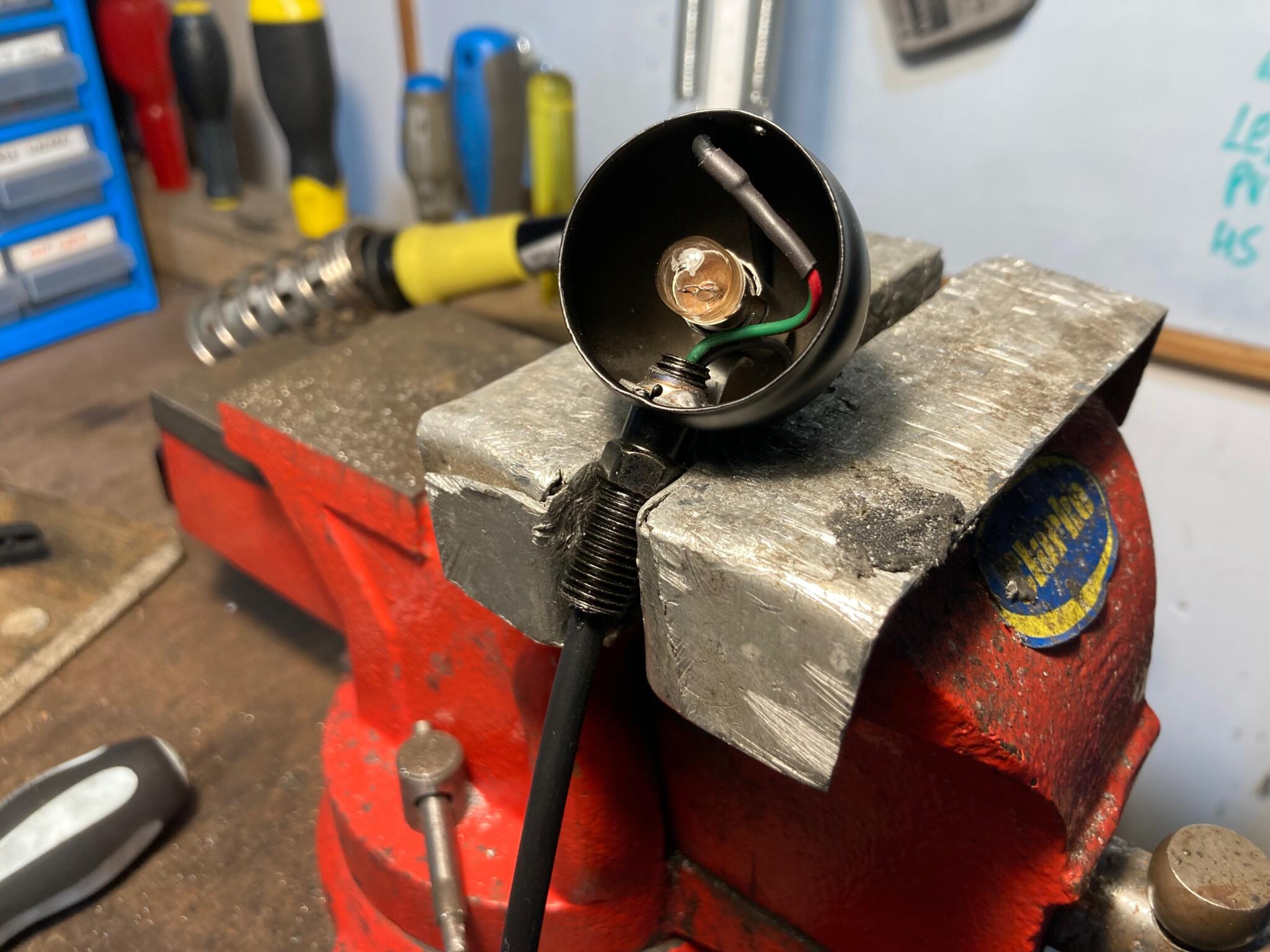 The indicators came with one feed wire. I added earth wires to each one for maximum brightness and reliability 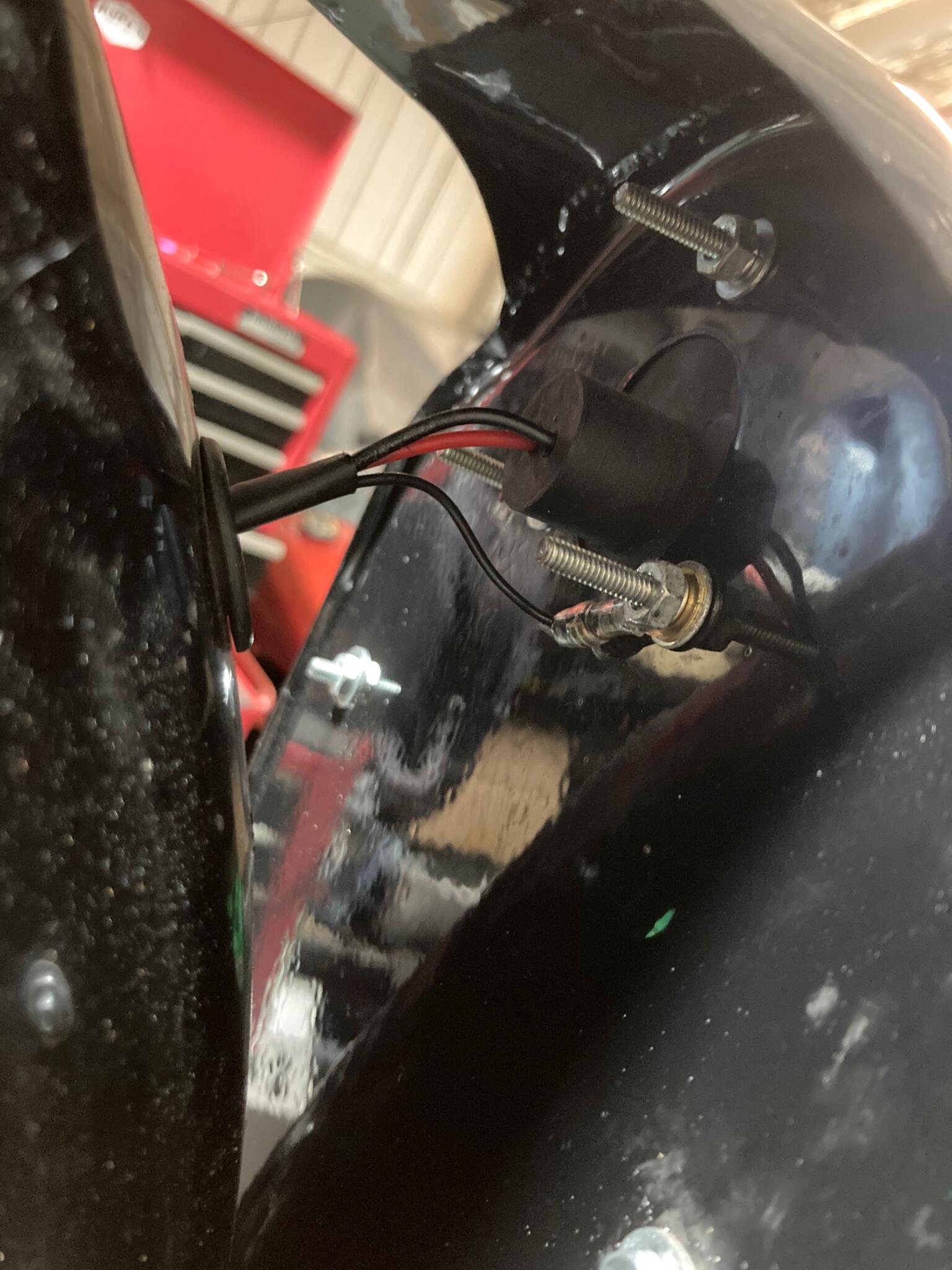 The original tail light has a cack handed connector cluster right under the mudguard. I rewired it as a continuous cable, and earthed it properly 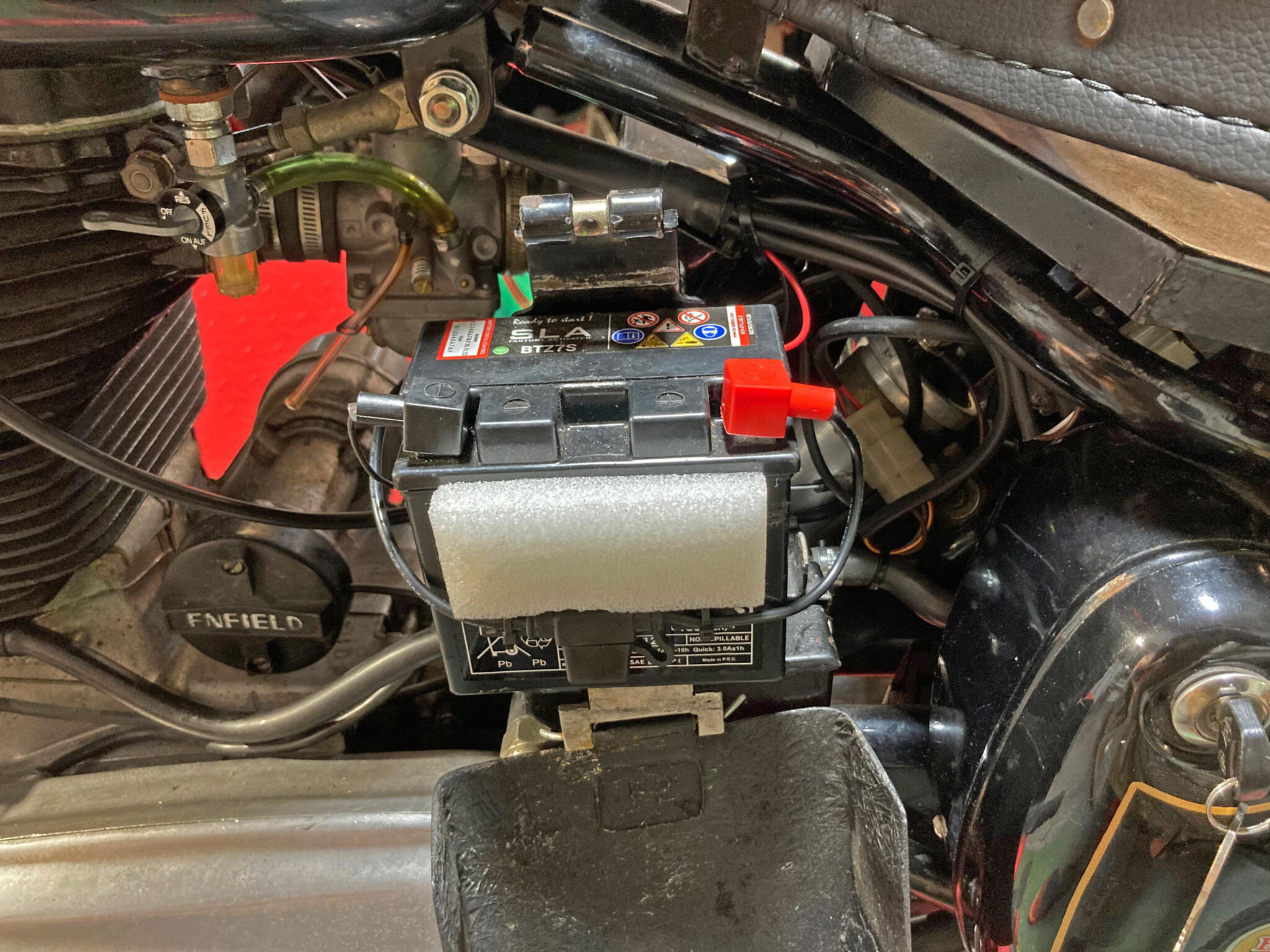 Most of the plugs live behind the battery or under the saddle. Pleasingly invisible in everyday use

Although it’s an early 2000s model, Scott’s bike hasn’t done many miles, so it’s still in really nice condition. If you know your Enfields you’ll observe that it’s not in standard spec. It’s got a Hitchcock’s styling kit on it, which is mainly a different headlight and seat, as well as speedo, indicators, ignition switch, light switch and switchgear. The aim is to give a much more stripped-down look.

The kit isn’t a plug and play item; instead you have to sort out the details yourself. Scott had had lots of hassle trying to make the electrics work. He’d tried a new loom. The bike had also spent many months in a shop without making any progress.

Figuring out the best way forward took me a while. Scott’s 500 uses an AC headlight and DC everything else, which would complicate the simple switching he was after. Running everything DC would be the obvious solution, but the alternator wouldn’t have enough oomph for that.

Unless… we went to LED lighting. So I ordered an LED headlight and tail light from Goffy Electrical. Result! Brighter than standard, and using a fraction of the current. I meant to measure the difference but I forgot. At any rate on standard bulbs the ammeter banged all the way to the left. With the LEDs the needle hardly moved. Highly recommended.

It has to be said that Enfield wiring harnesses – at least of early 2000s vintage – aren’t very good. There are lots of tight snags and poor quality materials. So building a new loom felt like a good idea anyway. There are plenty of improvements you can make to insulation, earthing and routing.

And the bike looks infinitely better than the frumpy original. 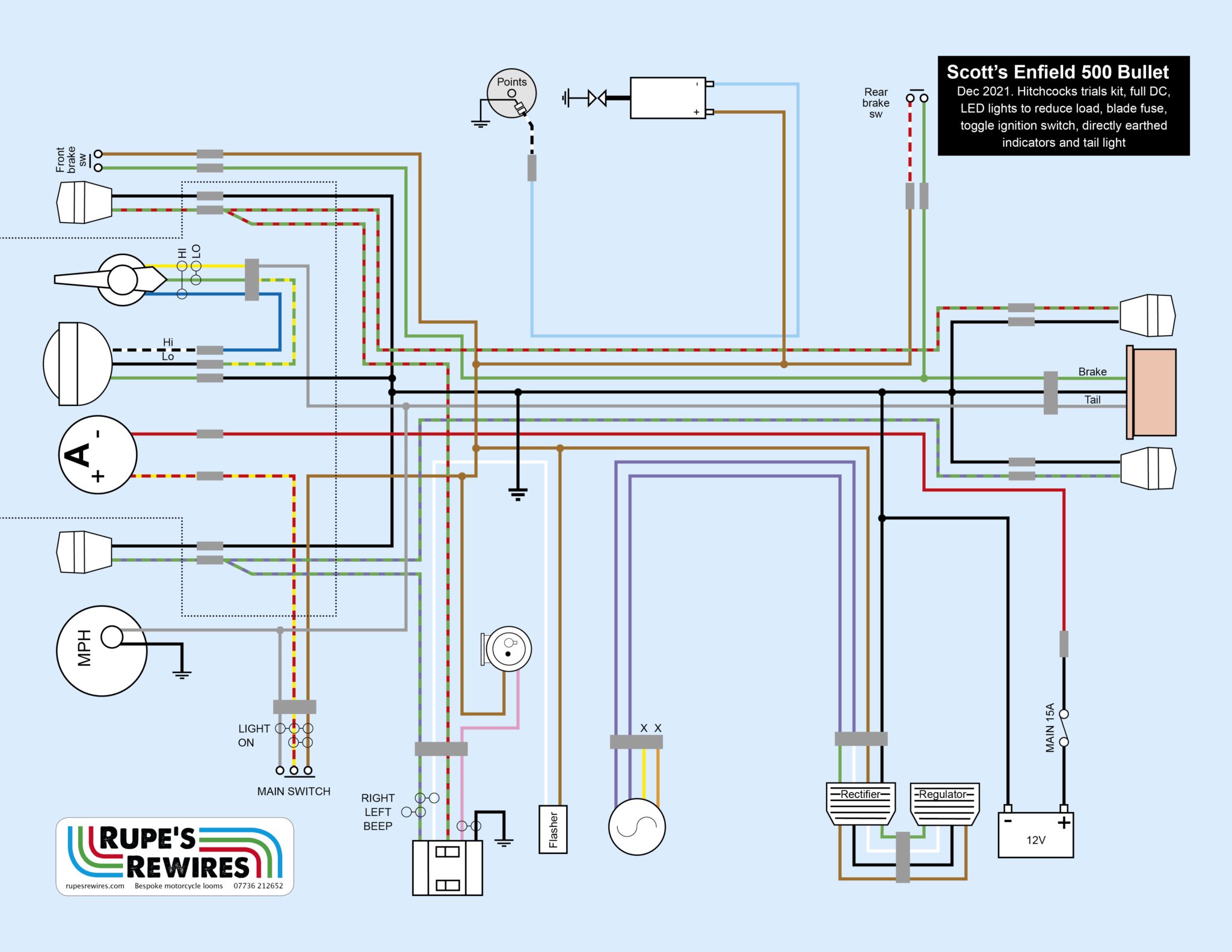 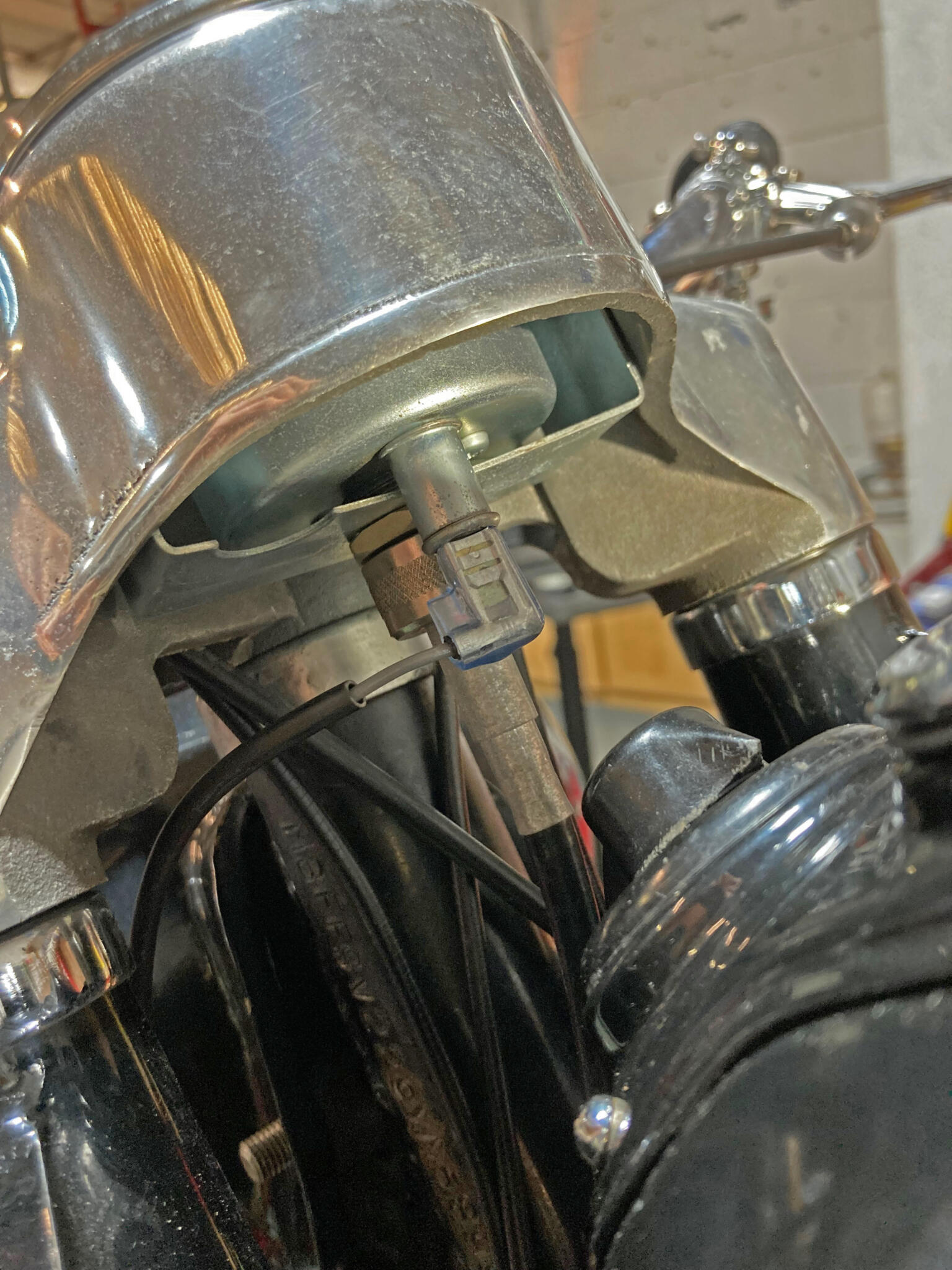 My favourite bit is this flag terminal, which gives your fingers room to operate the light switch below 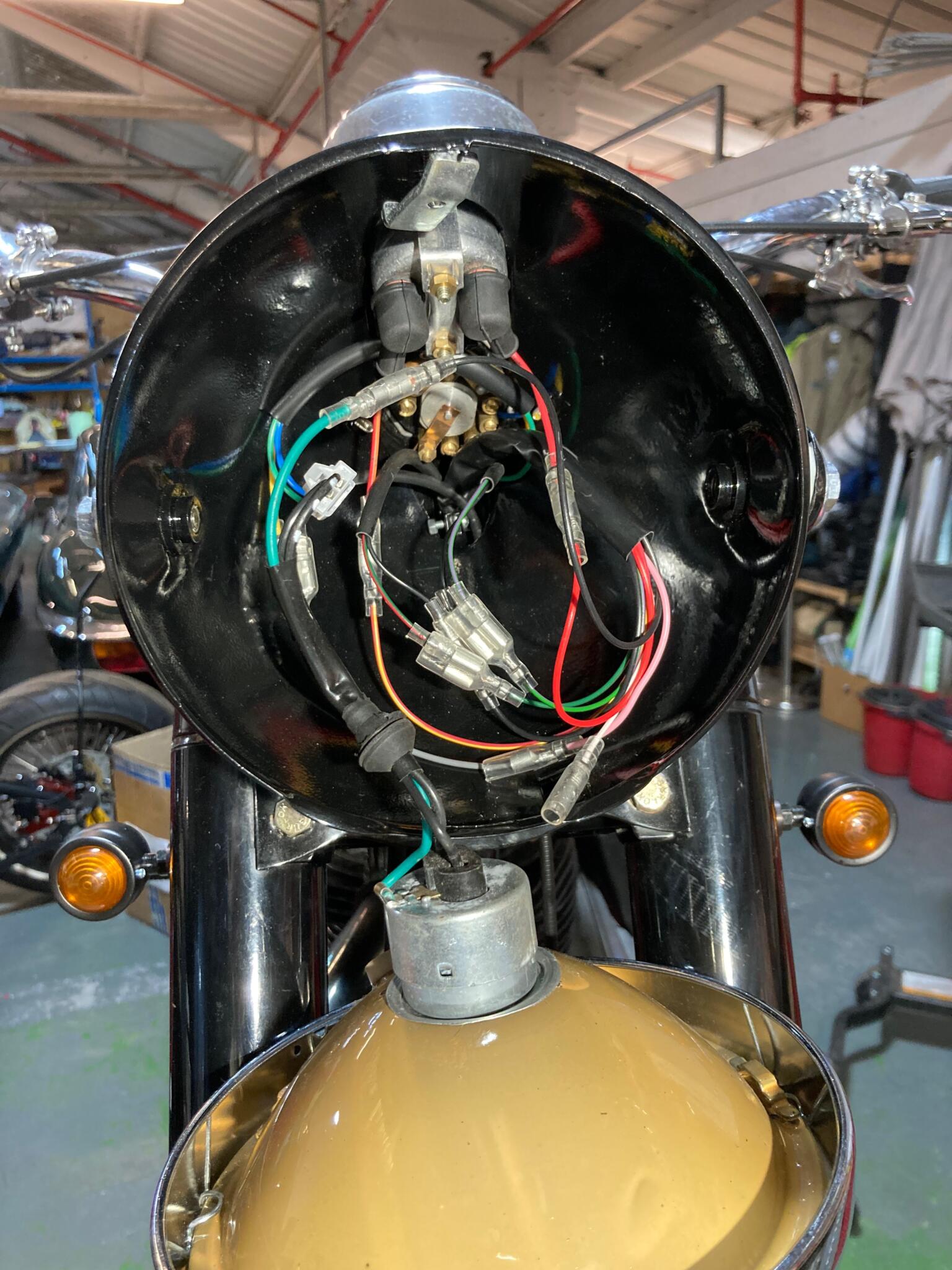 Ammeter terminals now have insulators on them. This is a Very Good Idea on any old Brit (or Indian)