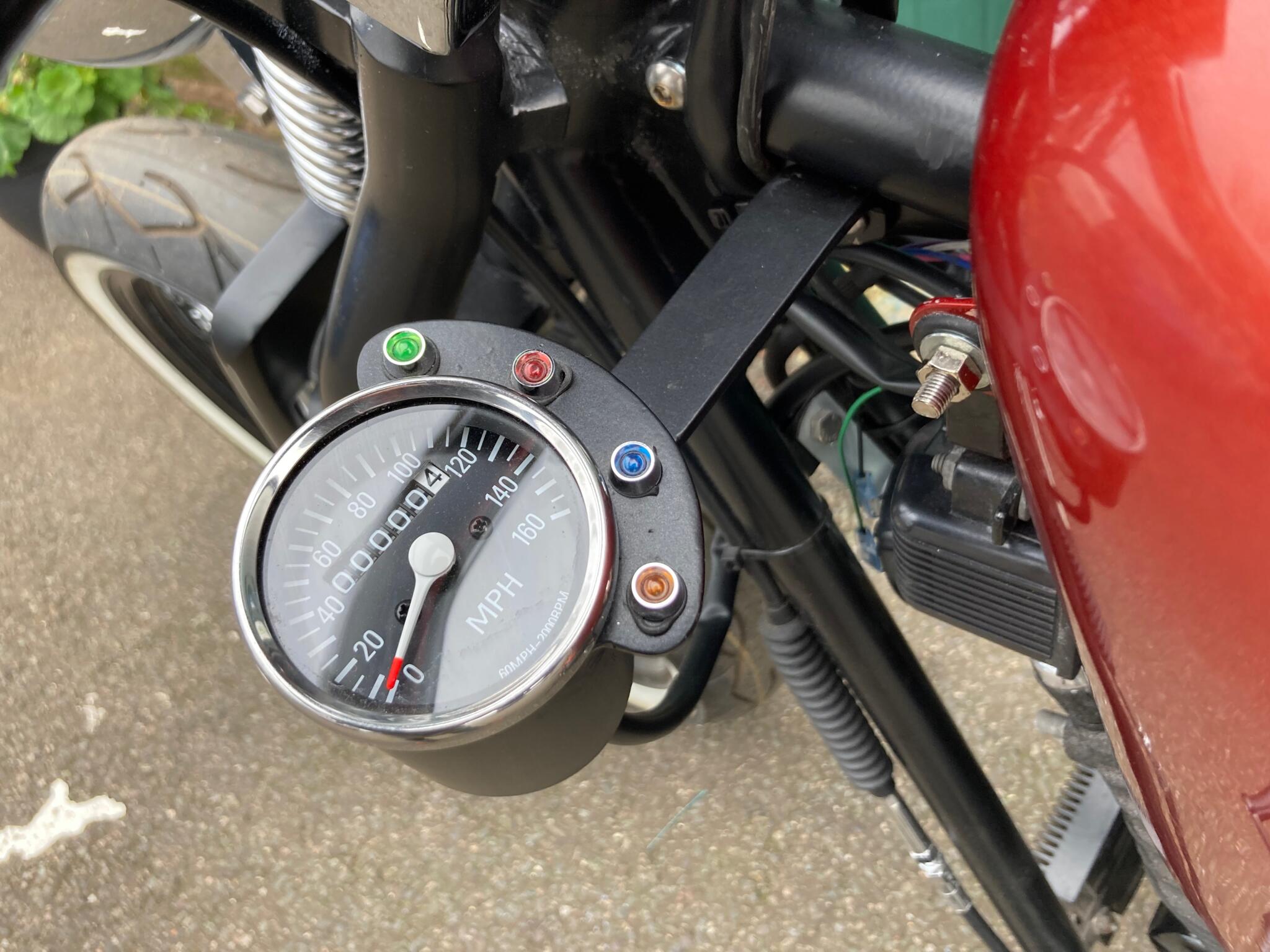 It’s not often you see an outrigger speedo

The wheelbase is about 18 inches longer than an R1’s 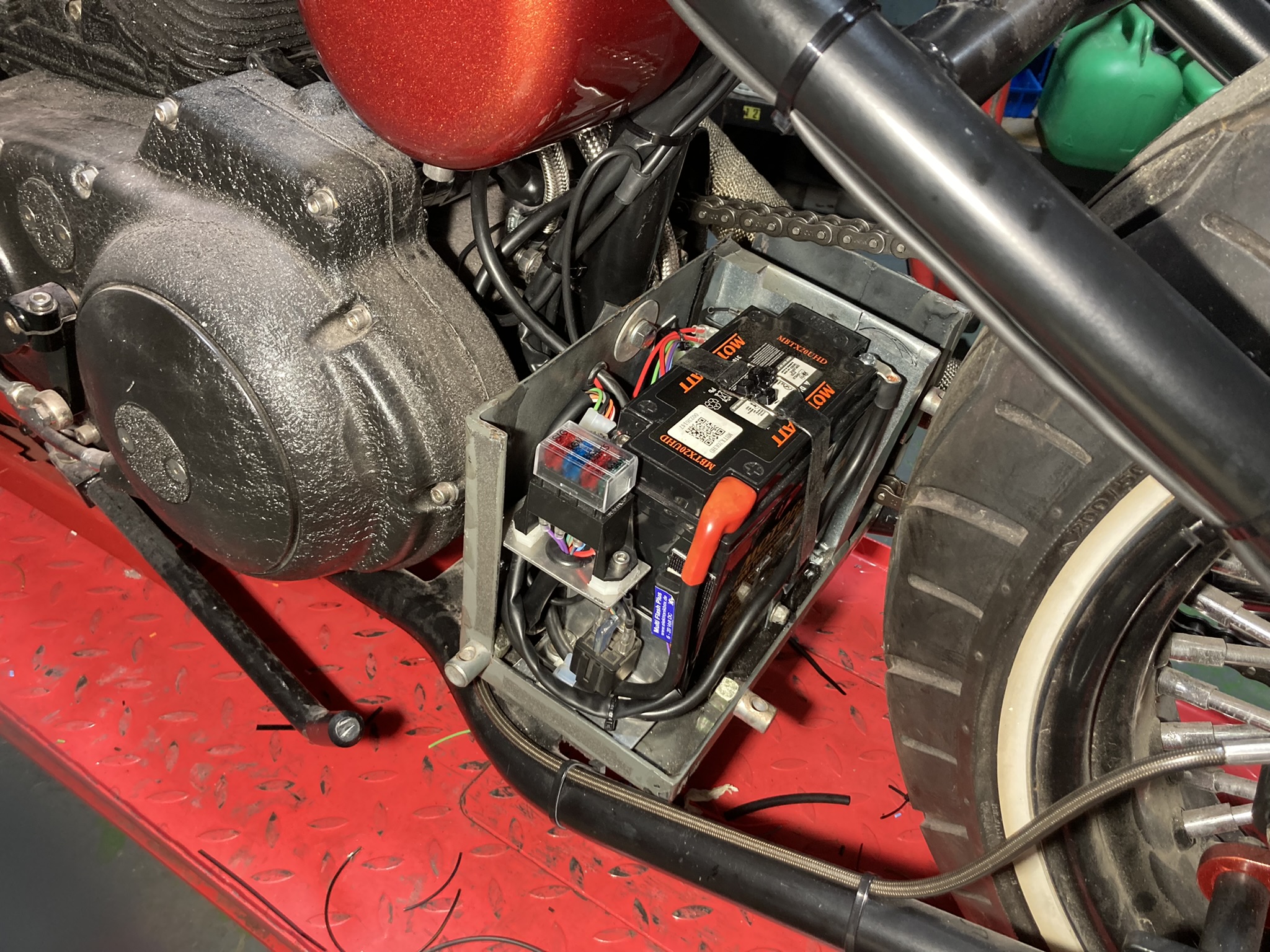 The battery, starter relay, flasher unit and fuse action takes place in an ammo box which Chris repurposed. The sides and top go on later

Simple on paper. Rather less so in real life.

It’s always the way with Harley specials. Electrically there’s not much to confuse you, but getting it all to fit on a chopper frame is a different matter.

The engine is from a 1990 Sportster, which is good because there’s none of the security system hassle you get on more recent models. The ignition is dead simple; likewise the three-position ignition switch (off, on and lights).

Most of the work involved mounting the battery, fuses and relays, and carefully extending wires which had all been cut short. You also have to think about how easy the electrics will be to live with. If the rear indicator gets damaged, for example, you want to be able to replace it without taking the tank off, because on a Hog that’s a real palaver. So it’s better to have a few unsightly bullet connectors under the seat.

Harley indicator switches make a momentary contact, so you need a flasher unit that can convert a blip into a continuous circuit. I like to use the Axel Joost Multi Flash Plus. It’s easy to wire up and works beautifully.

The bike had a pattern ignition system which didn’t spark for some reason, even though it was wired as per instructions. Chris was happy to look into it himself. And once this thing fires up it’ll be a real earth shaker. 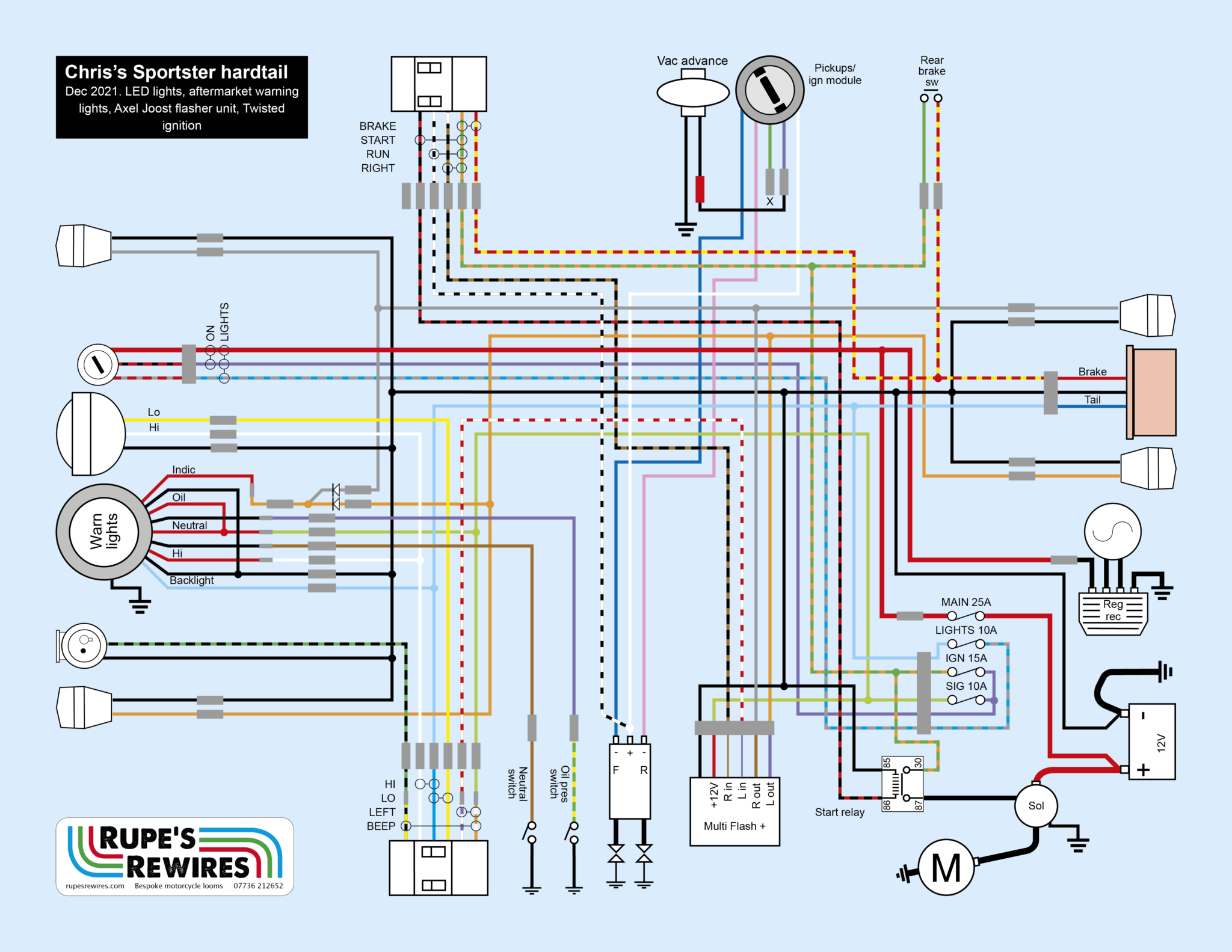 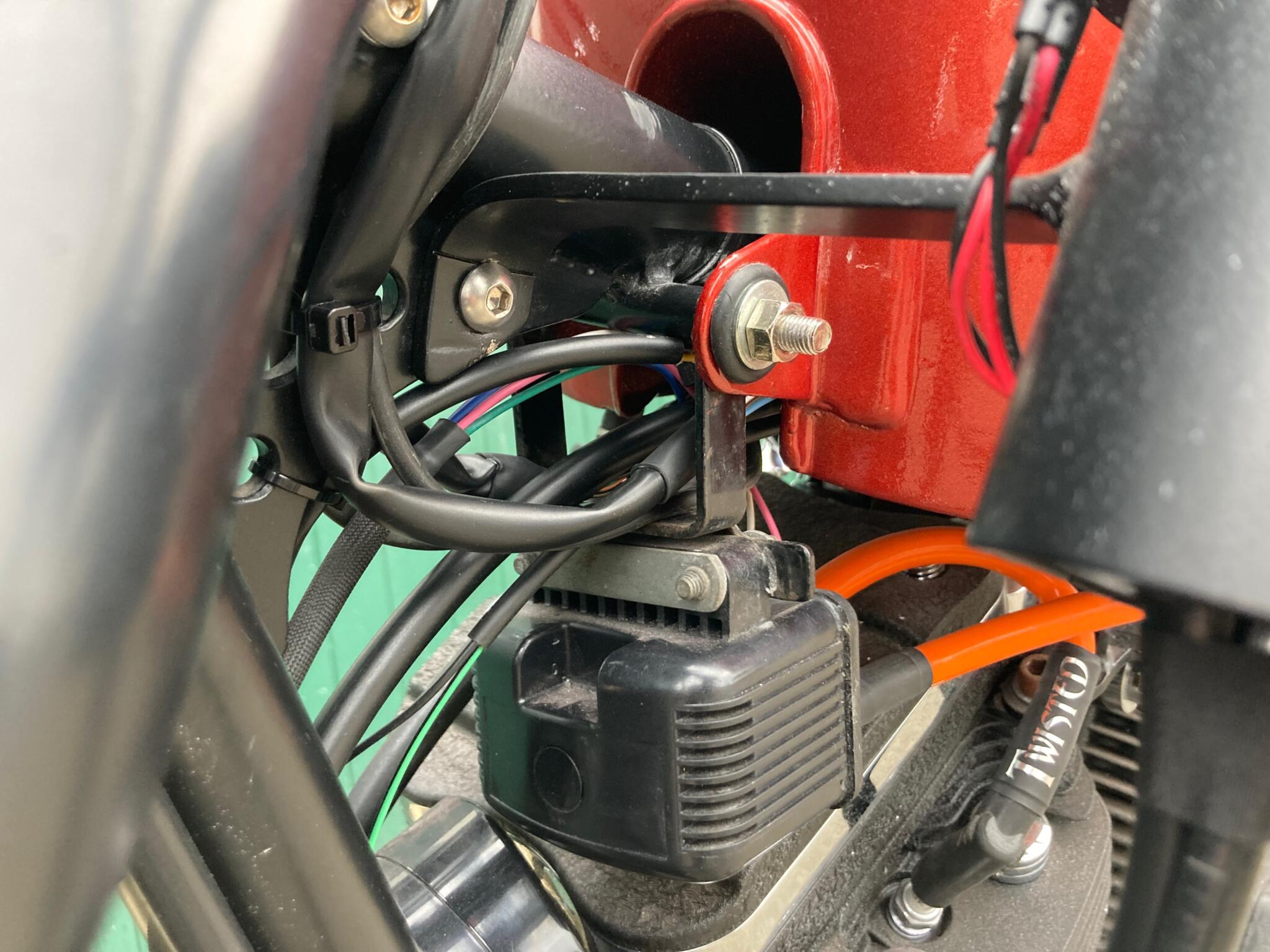 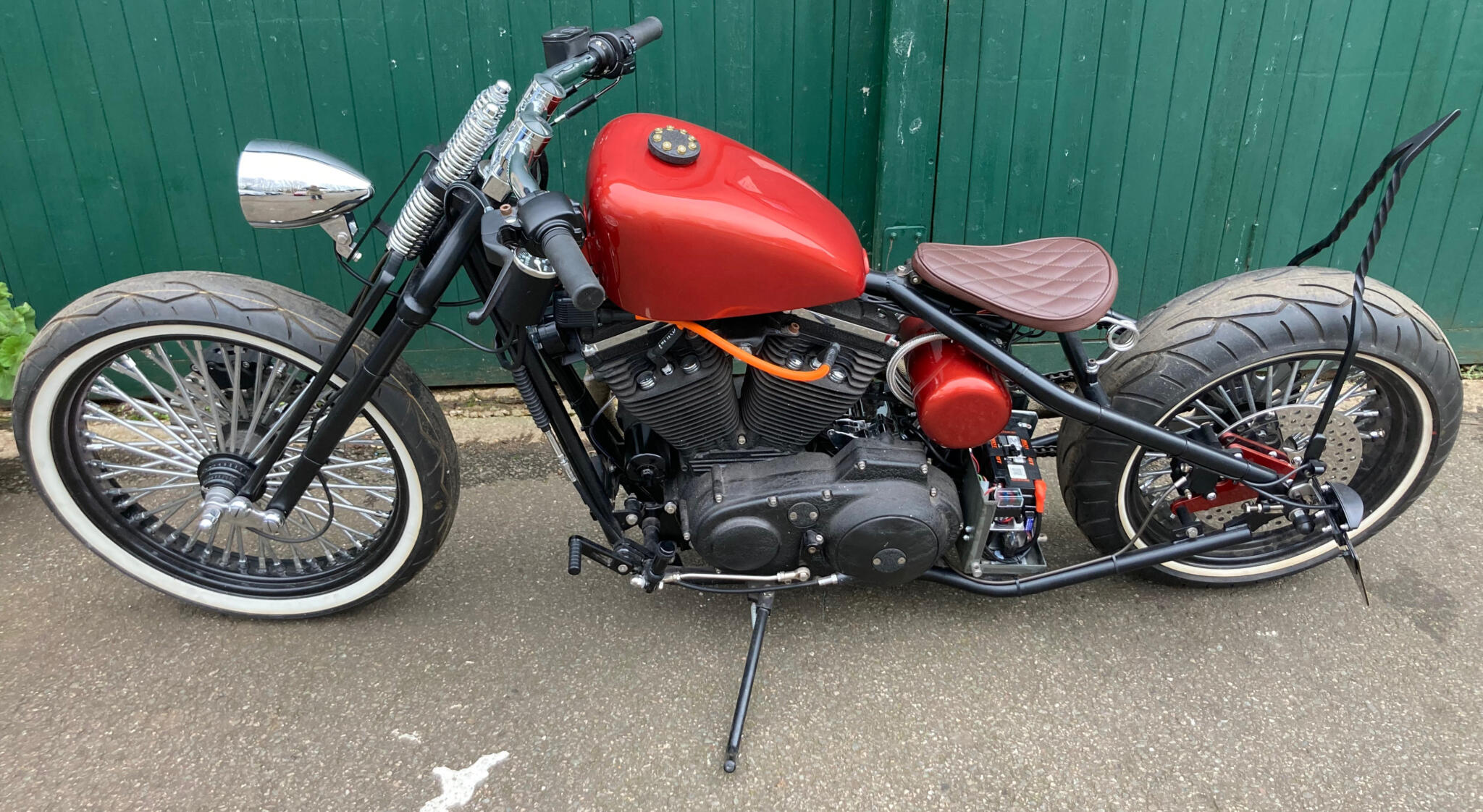