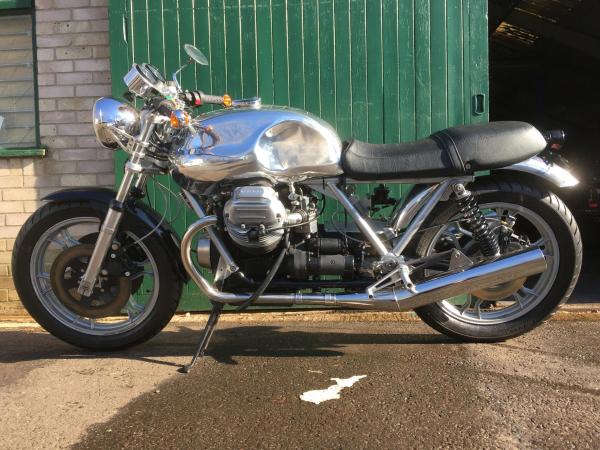 Just a few jobs to finish. The seat will move an inch further forward 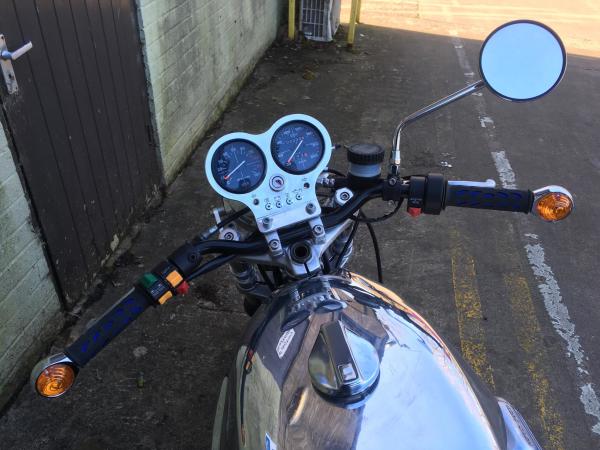 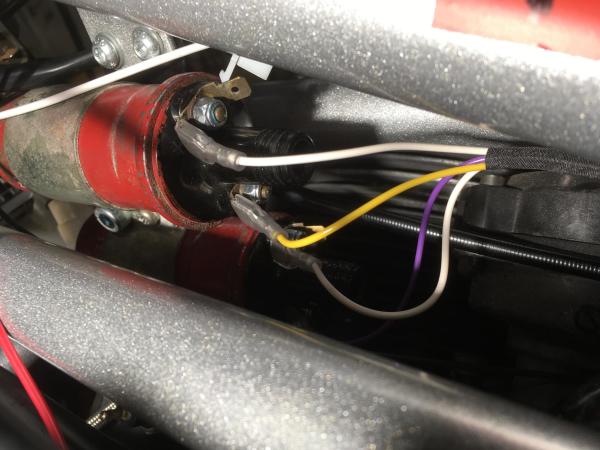 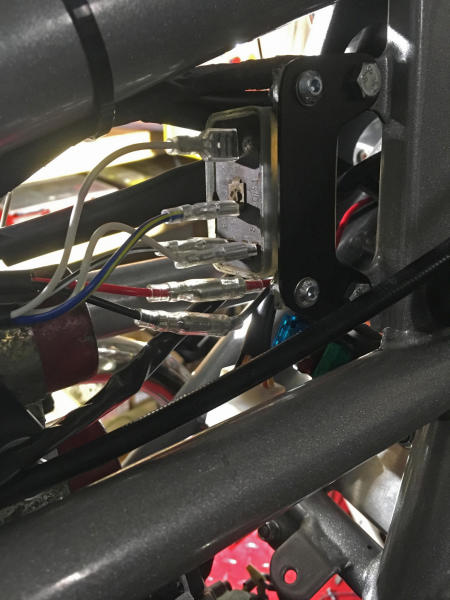 Russell has built a few Moto Guzzi specials. He is fascinated by the V-twin’s chunky good looks and willingness to respond to modification. This is an old 1000cc Spada engine with a chopped-down frame, a huge petrol tank, a modern seat (which will be modified to fit perfectly) and some tasty details. The metalflake frame coating is particularly neat. Like any right thinking person Russell prefers flat bars to clip-ons: these heavy, slow-steering bikes need lots of leverage to change direction.

When the Guzzi arrived it needed a lot of fabrication work to mount the reg rec, fuse box, Piranha ignition box, starter relay, seat, number plate, tail light and rear mudguard. Scott Campbell next door did a masterful job: you can’t see most of it but it is beautiful work. Meanwhile Russell had sourced a German-made Stein Dinse battery box which goes under the swing arm instead of the centre stand. With a bit of machining to adapt the spacers it fitted very well. It’s a high quality item.

Single indicators and no instrument lighting kept the loom build simple. Guzzi alternators run with a charge warning light, whose small current draw wakes up the field coil to start the charging process. The ElectrexWorld RR45 regulator rectifier specifies a current of 120mA. Unfortunately the charge light in the aftermarket dash drew a mere 2mA, so we couldn’t run the light. Instead we bypassed it and picked up a voltage signal from one of the switched fuse feeds.

Russell has a few details left to sort out. The seat will be reprofiled to suit the back of the tank, which will move it forward enough to look just right. The clutch and throttle cables need shortening. We also had an odd problem with the replica right handlebar switch: it didn’t tighten fully on the bar (the left one, also brand new, was perfect). But you can already see the simple, mechanical look Russell is going for – a long way from the original Spada, and far more practical than the more extreme Guzzi cafe racers. It should be a good Sunday blaster, and a decent tourer too. 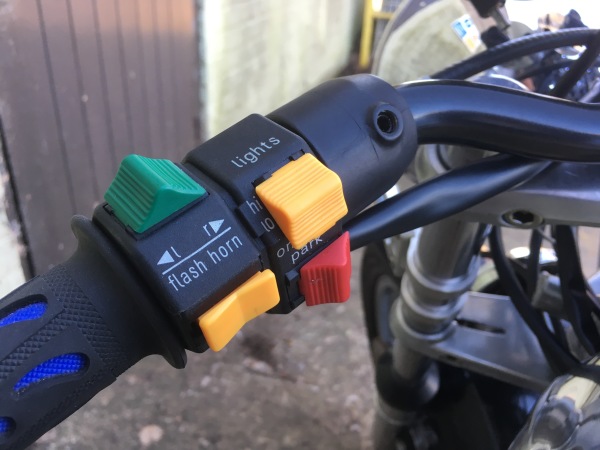 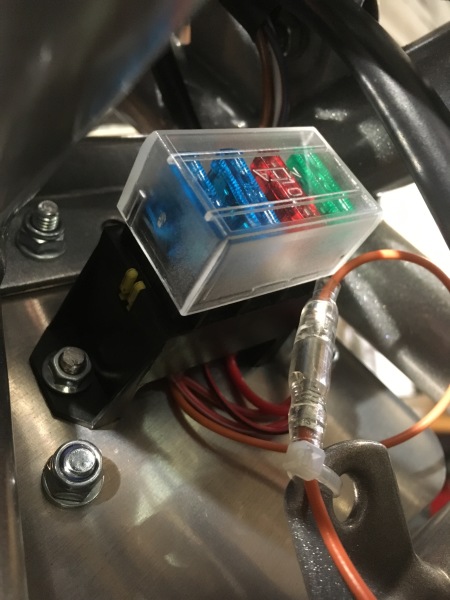 This little fuse box sits behind the headstock. With care you can reach it even when the engine’s hot 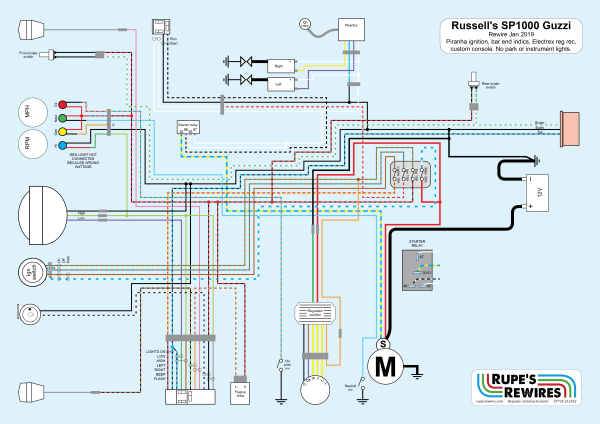