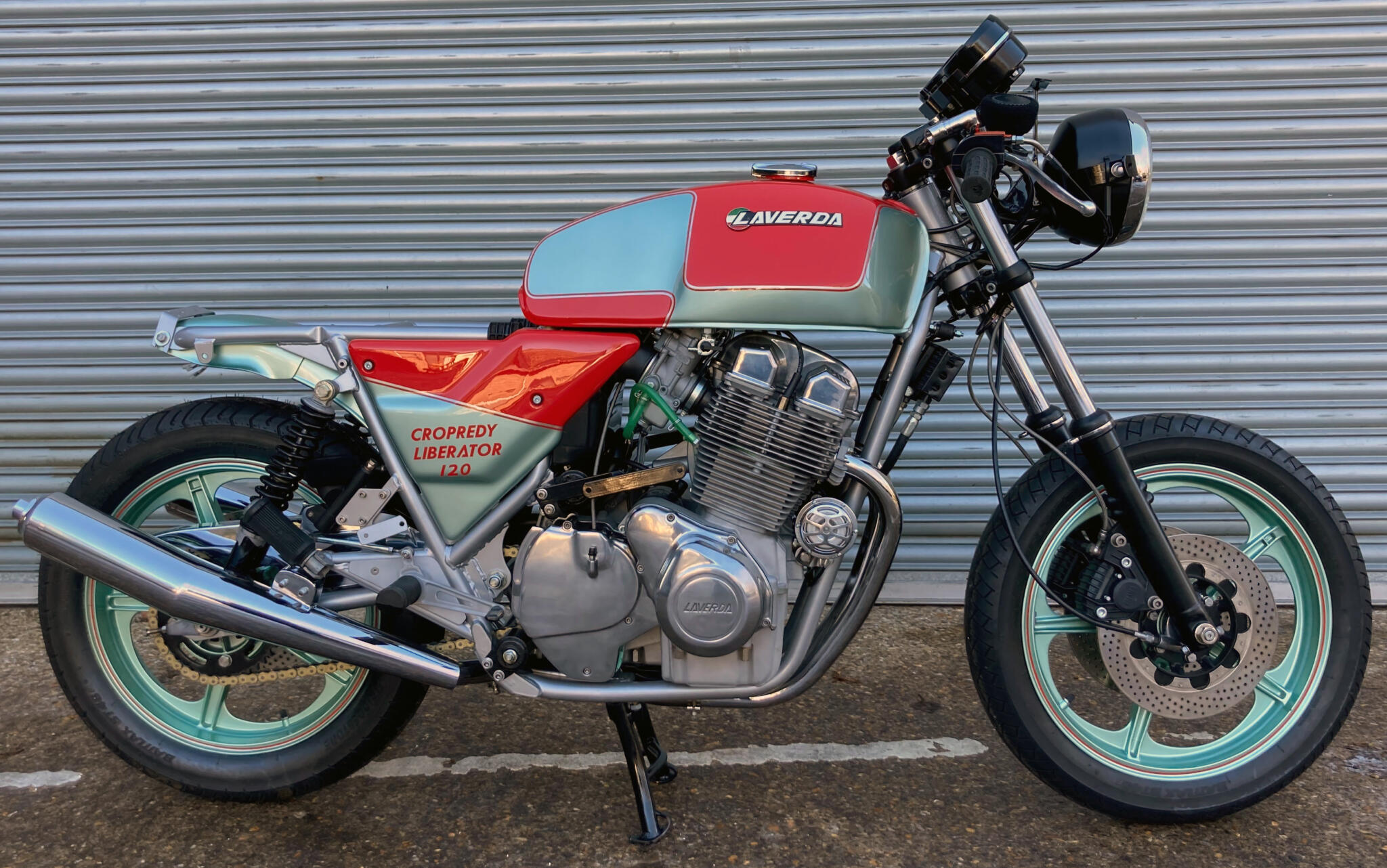 Bodywork to be added shortly. I hope to be riding this bike for a feature in Classic Bike later this year 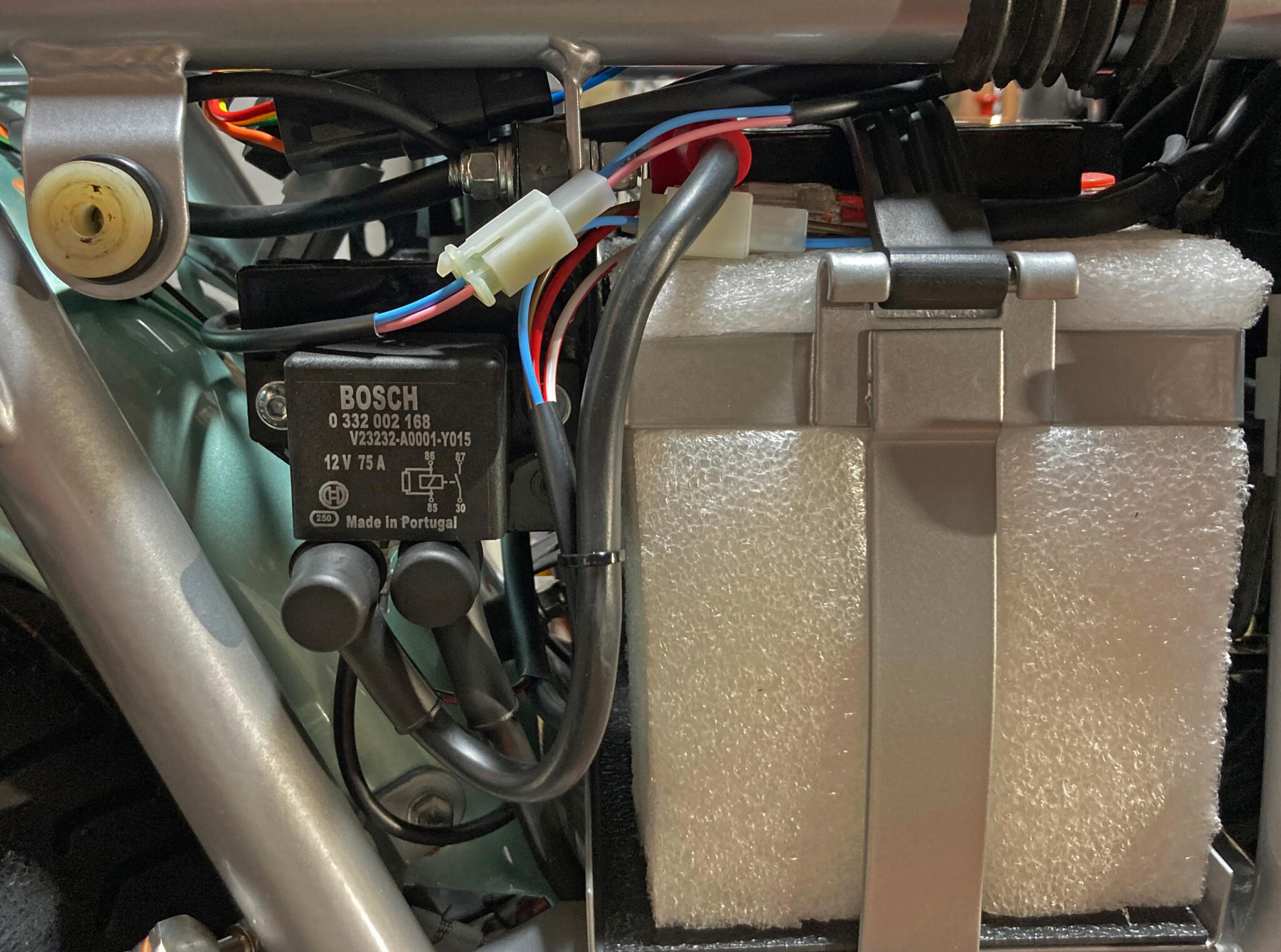 Laverda hide the solenoid between the battery and airbox, which is the sort of place a bat would enjoy. I move it just behind the battery. Foam is temporary 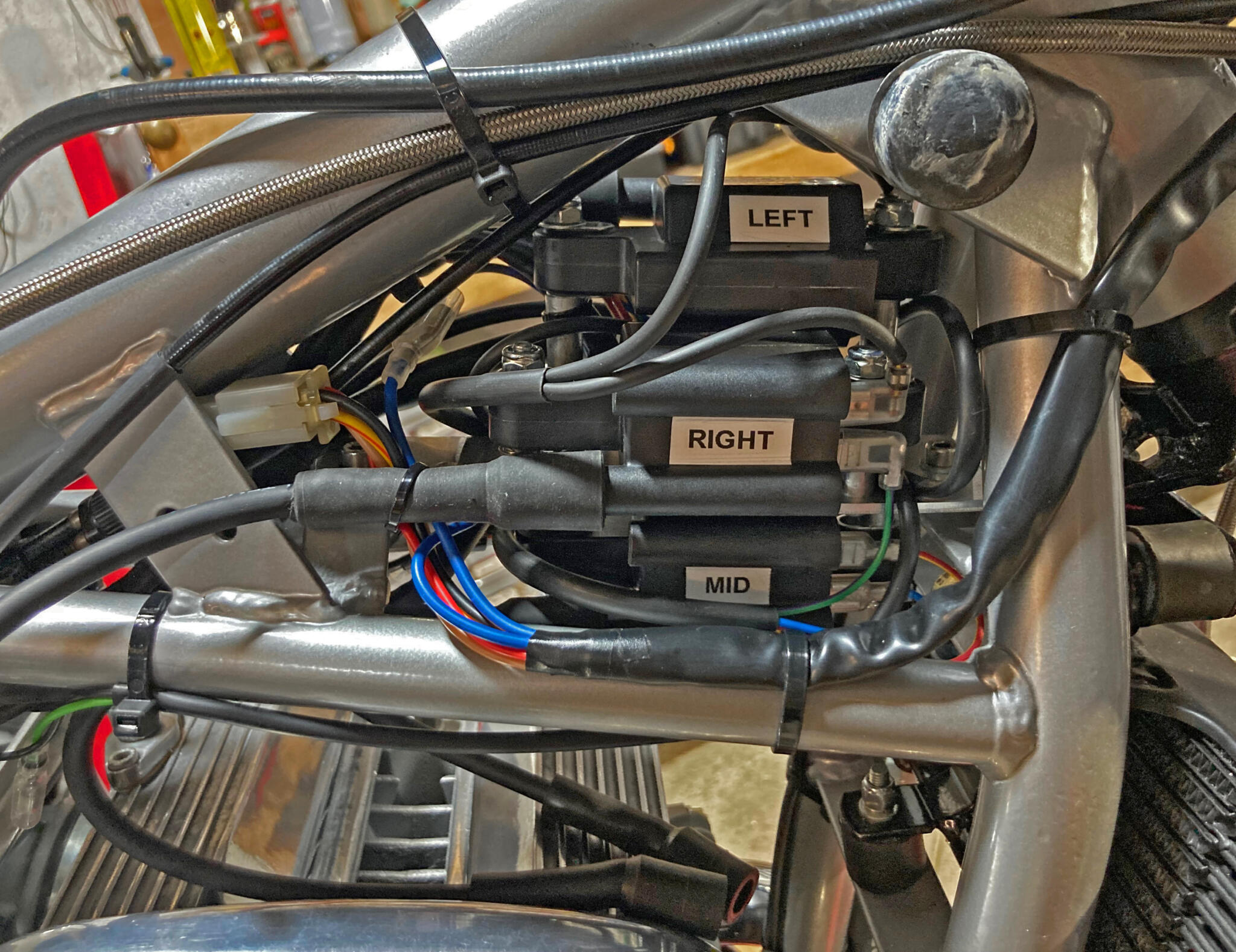 I replaced the antique coils with a stack of Dyna Mini Series. Quite a tight fit

Most people know about the Jota, Laverda’s brutally handsome, three-cylinder sportsbike. It started in the mid 1970s with a 180-degree engine, before morphing into an even-firing 120 degree version. This is a 120 Jota special, built as a limited edition back in the day by Laverda dealer Cropredy Motorcycles.

Known as a Cropredy Liberator, it features a swoopy, high-quality body kit by Cico from the Laverda factory, and some amazing paintwork. Owner Rob’s dad was a partner in Cropredy Laverda. “The original owner of my bike remembers me as a ten year-old getting him coffee when he came in for a service,” says Rob. “It is very special to have bought the bike 40 years later.”

Rob asked Roger Winterburn, the Laverda grand master, to restore the bike. That’s why it gleams like it does. The original loom looked OK, but had serious voltage drop issues. Add in a duff coil and three very fragile pickups, and they agreed: it needed new electrics.

It turns out you can’t get new pickups for 120 Laverdas. Rob hunted around and found a complete Redax system in Australia which combines an Ignitech programmable amplifier with their own, custom-built pickups. But when I fitted it I couldn’t time the ignition. No matter what I did, the engine just popped and banged.

After emailing Redax in Australia I learned that the kit’s pickup polarity can flip during installation. You can flip it back by using Ignitech’s programming software, but I don’t understand PCs and their connector leads. (I am not mentioning the swearing and wasted hours, but they did happen.) In the end, Andy at BSD Performance up the road sorted it out. And finally the motor started and ticked over happily.

Roger is refitting the bodywork, and then Rob will run the bike in. We are hoping to feature it in Classic Bike magazine later in the year. 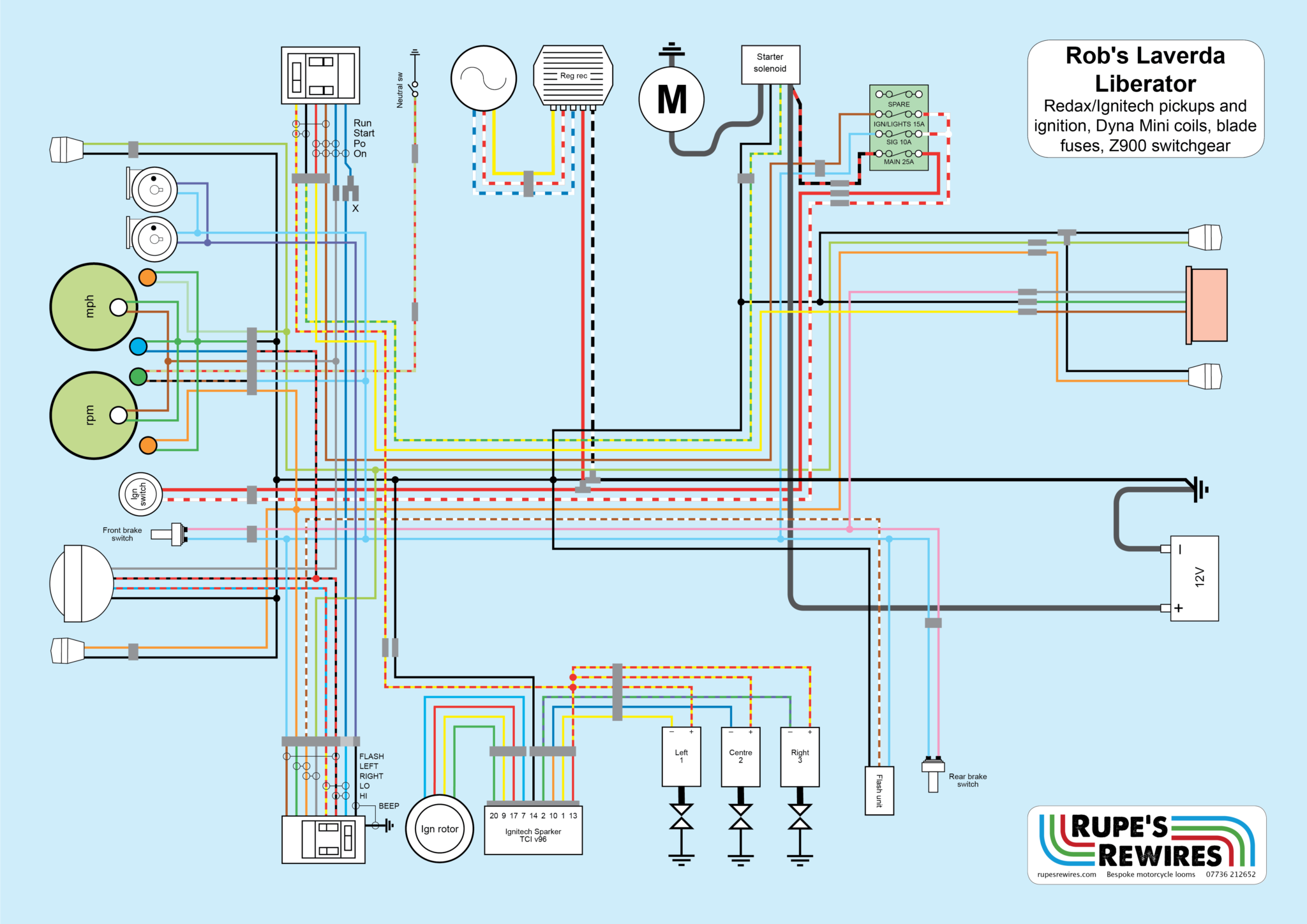 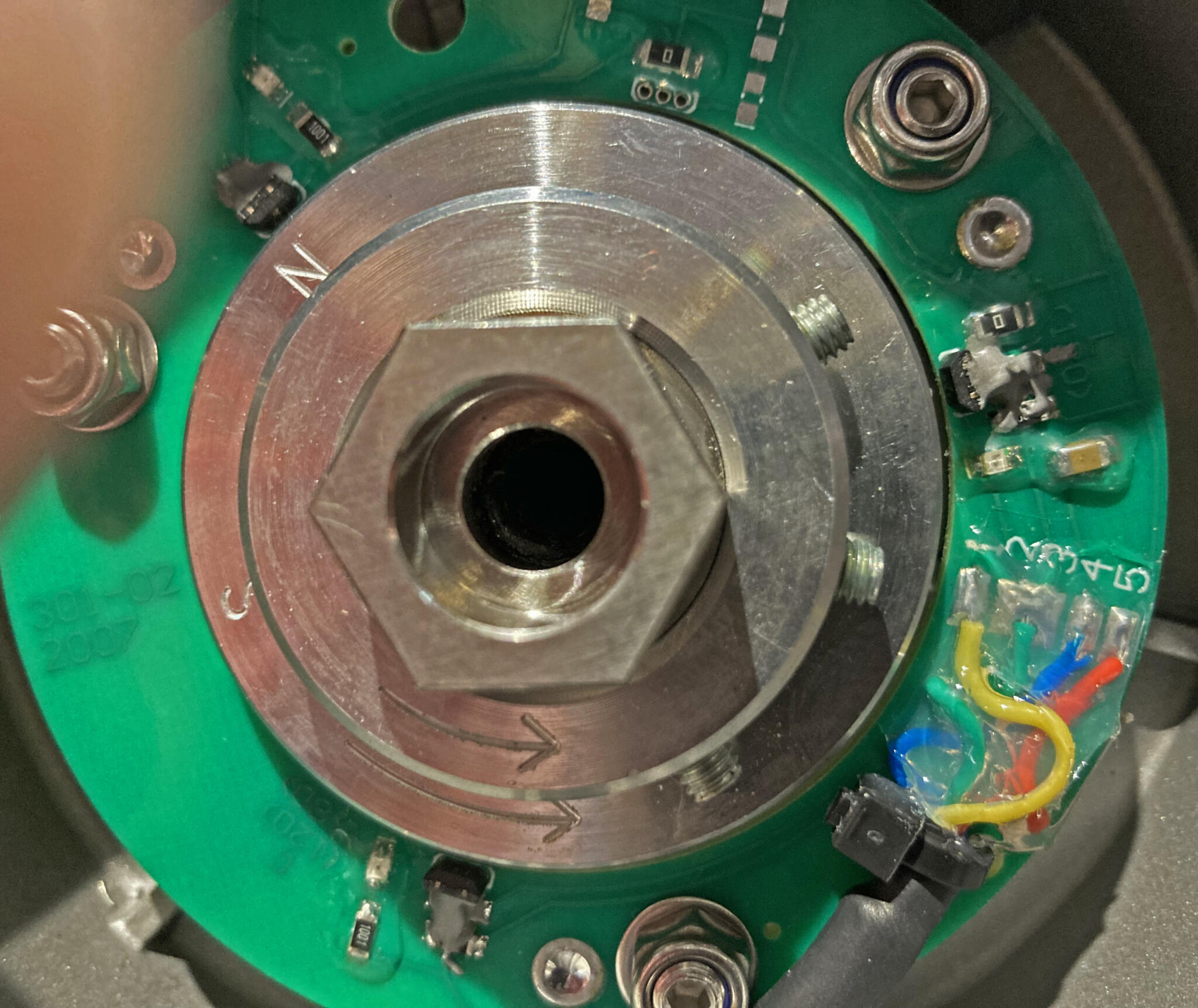 The Redax pickups use a new rotor with magnets triggering them 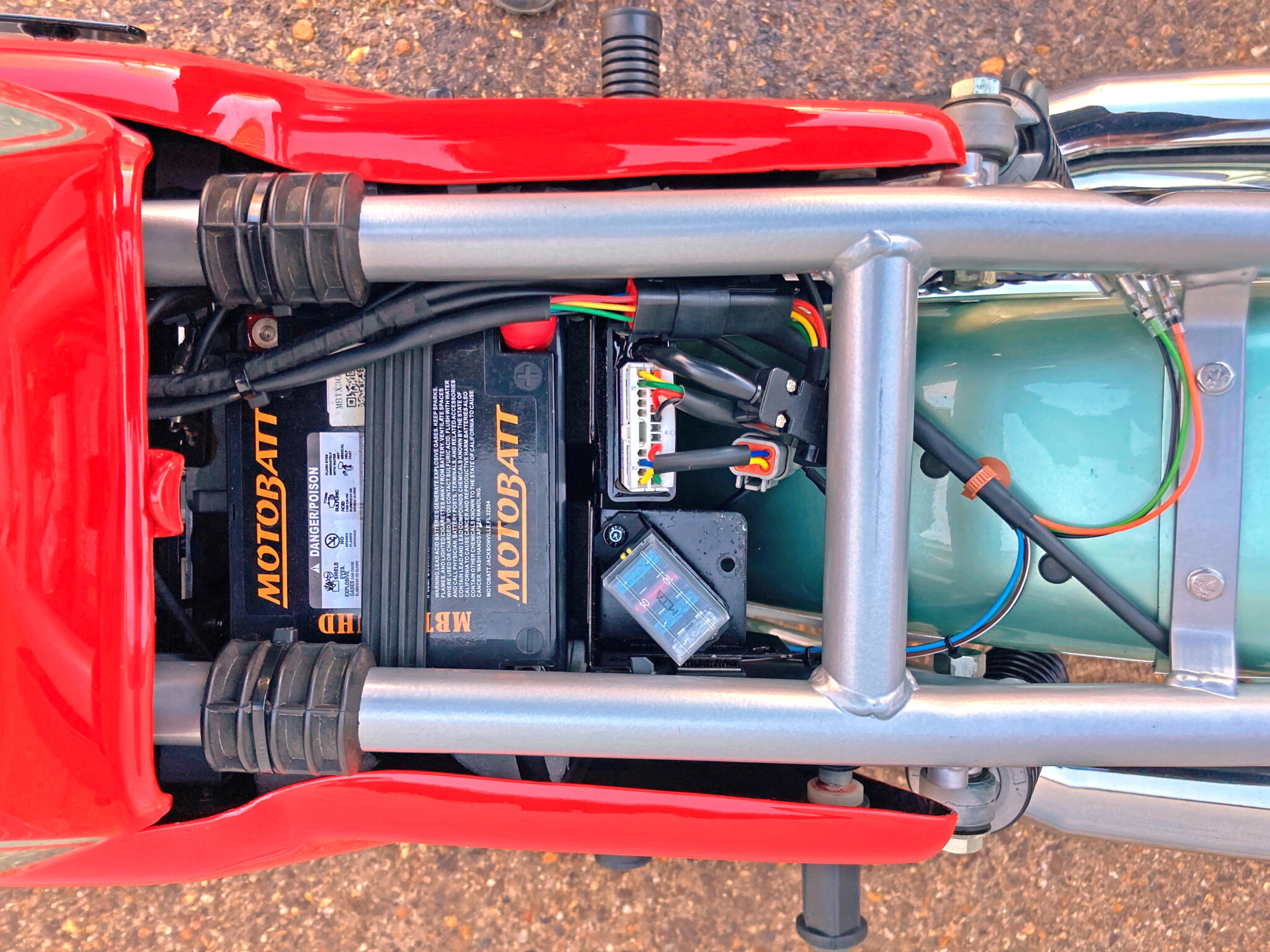 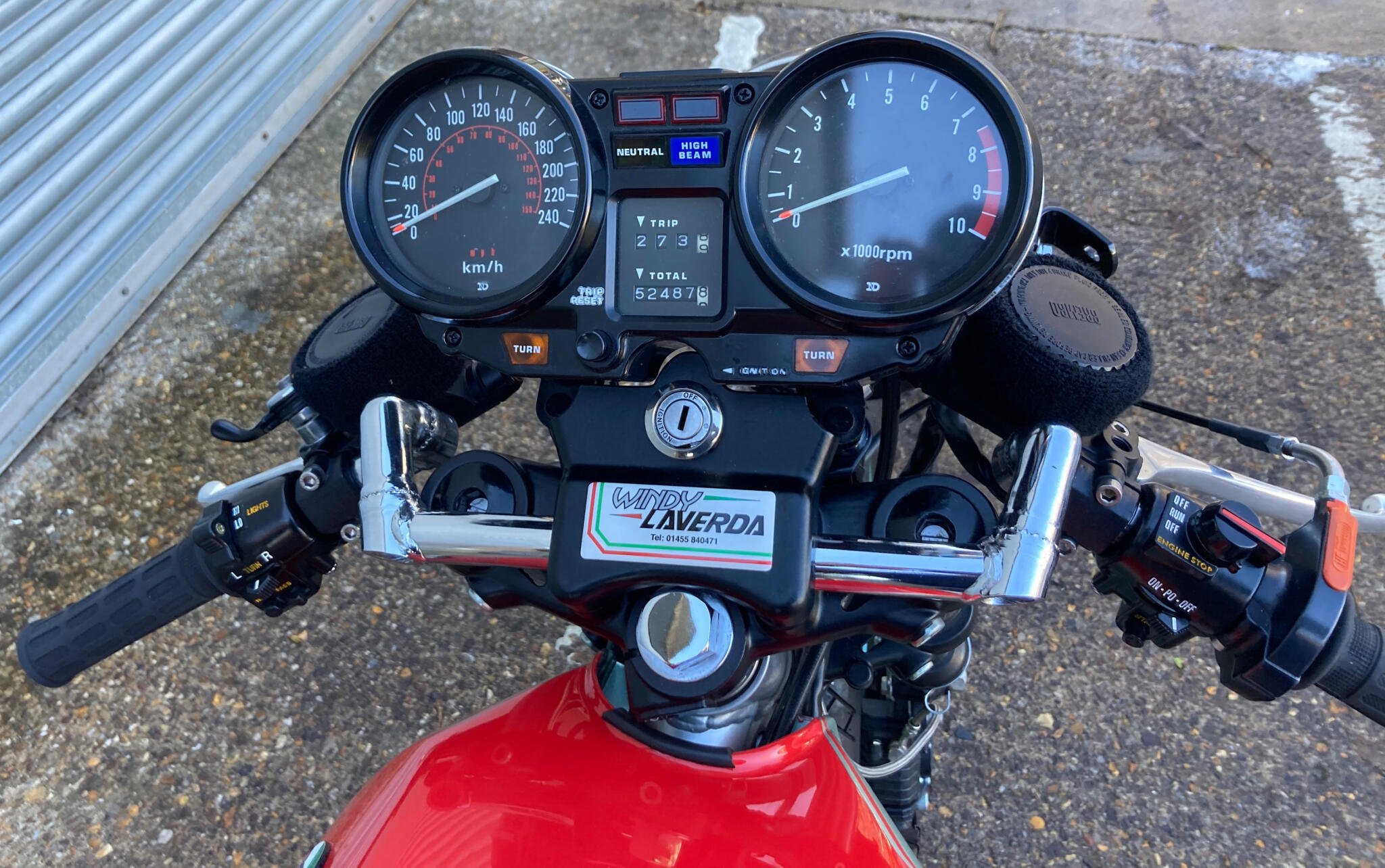 Both original handlebar switches were foofed, so Rob chose Z900 switchgear to replace them