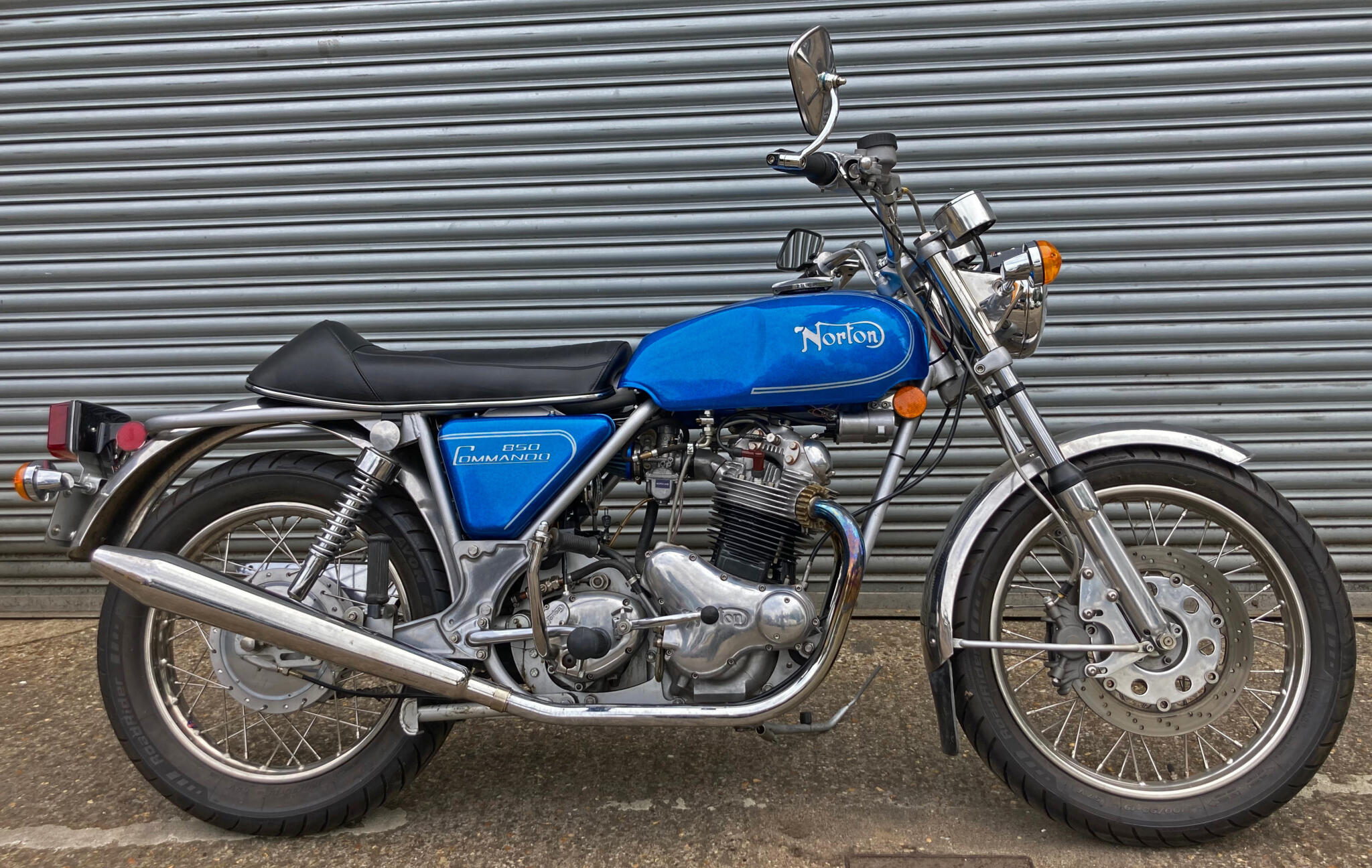 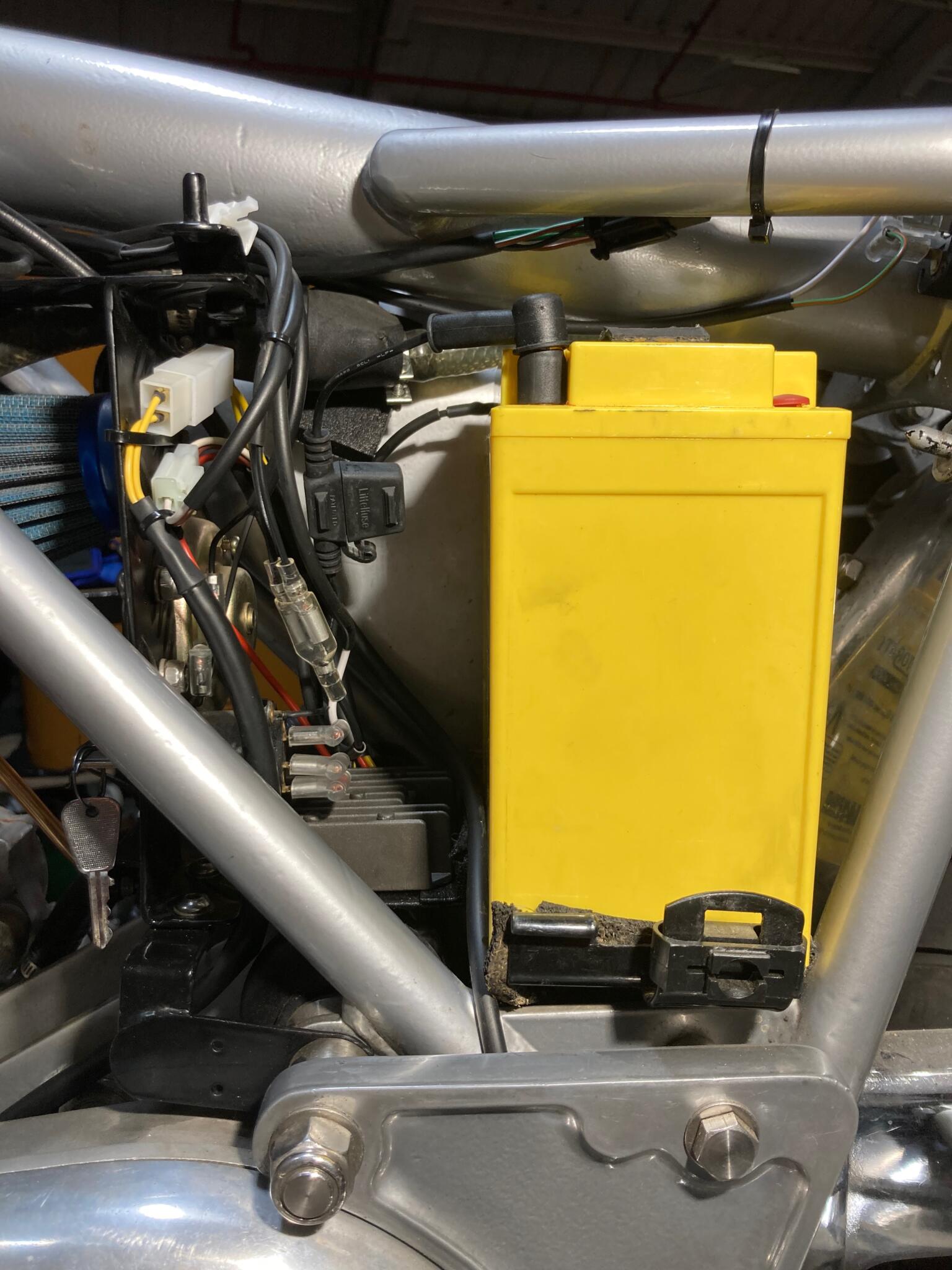 Yellow Motobatt batteries are excellent but they have awkward terminals. I sling them and make up a special brass spacer which is then insulated with heat shrink 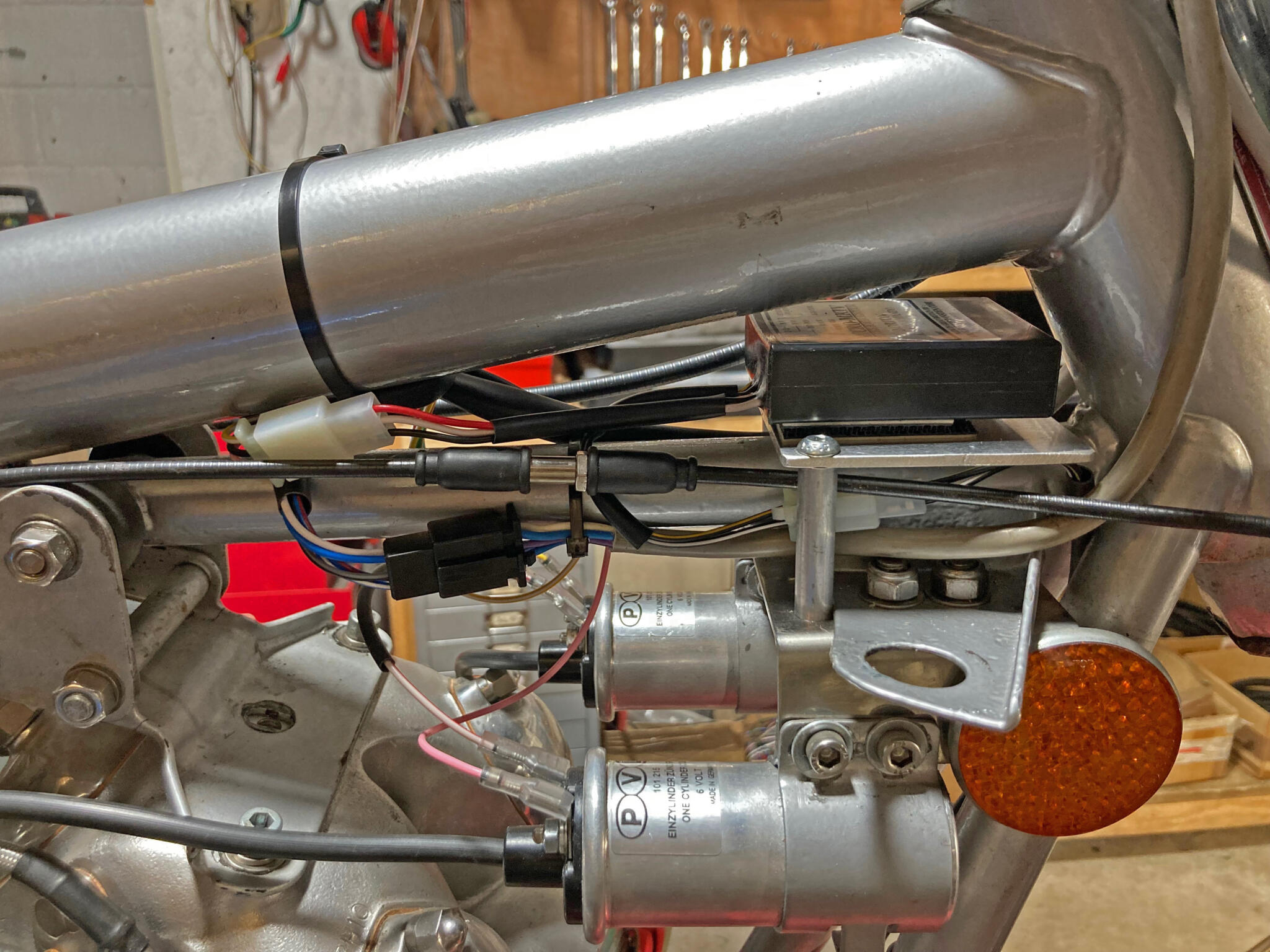 By the time it turned up at the workshop, Rob’s bike had eaten three Boyer ignition systems. Which is not exactly normal – for a Commando or a Boyer. Something was up. The most recent failure had come after 20 miles of normal running: the bike just stopped and the ignition box was dead.

Rob had had a pattern loom fitted a while back, but it hadn’t been quite right. The bike also ran two 6V ignition coils in series, which it is entitled to do. And as you’d expect for a 1970s bike it was carrying its fair share of enthusiastic repairs to the non-loom wiring – the left handlebar switch particularly. It’s really important to chase down every snag like this before starting the loom build.

I honestly don’t know what would blow up a Boyer – maybe a shorting coil would drag too much current through the amplifier box. Once I’d built the new loom I tried both the boxes Rob had brought along. Sure enough, they were kaput. We agreed to get a new Boyer kit, which worked fine. But the instructions it came with were interesting. The current limit through the box is five amps, and Boyer go out of their way to say that 6V coils tend to short out when clamped in the usual way. Maybe after 20 miles of running and heat expansion that was the problem.

We discussed the possibility of fitting a modern twin-output coil, which would be immune to clamping issues. Rob decided to take his chances with the brand new wiring and the (almost new) PVM coils.

By the way, that metalflake blue: fantastic. 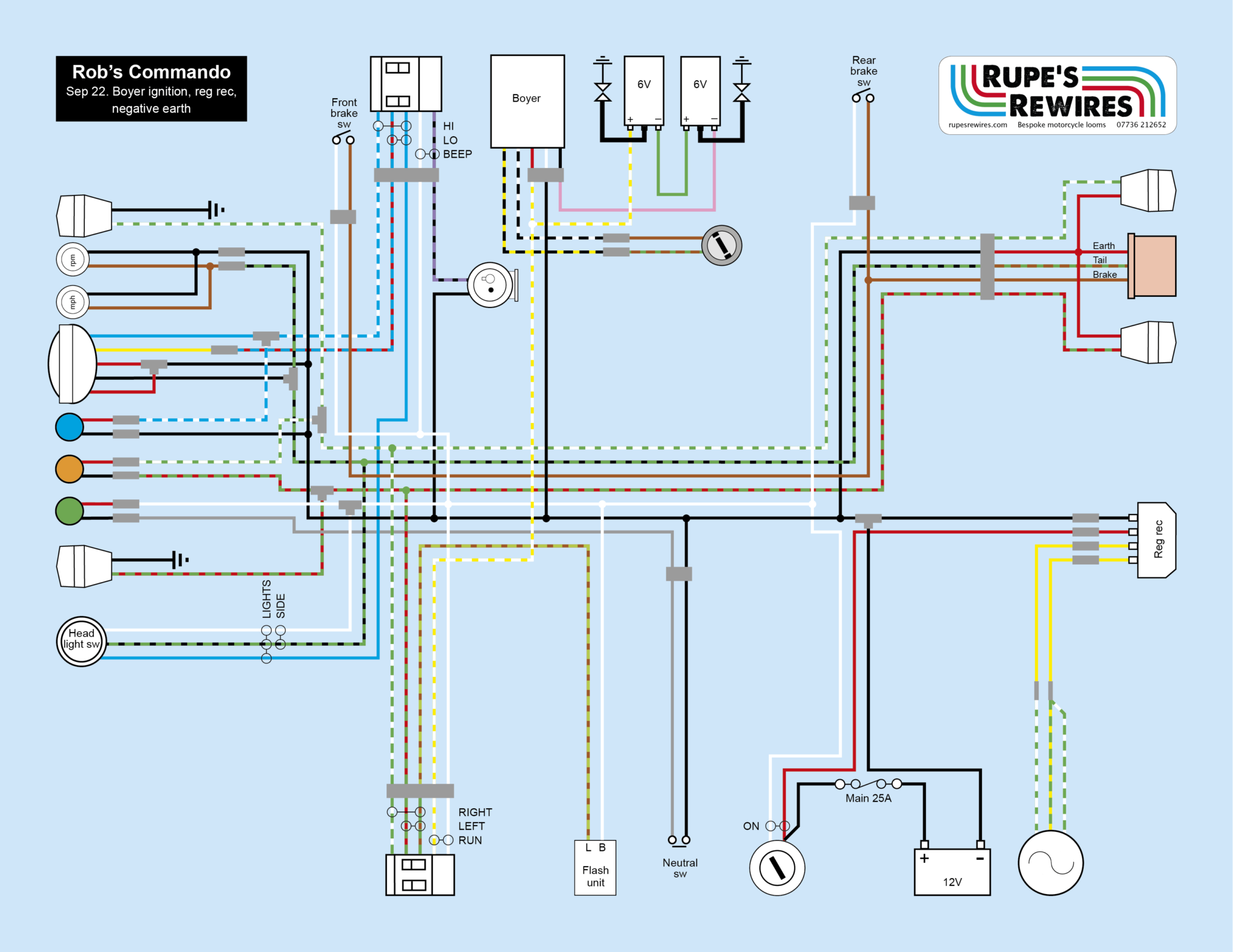 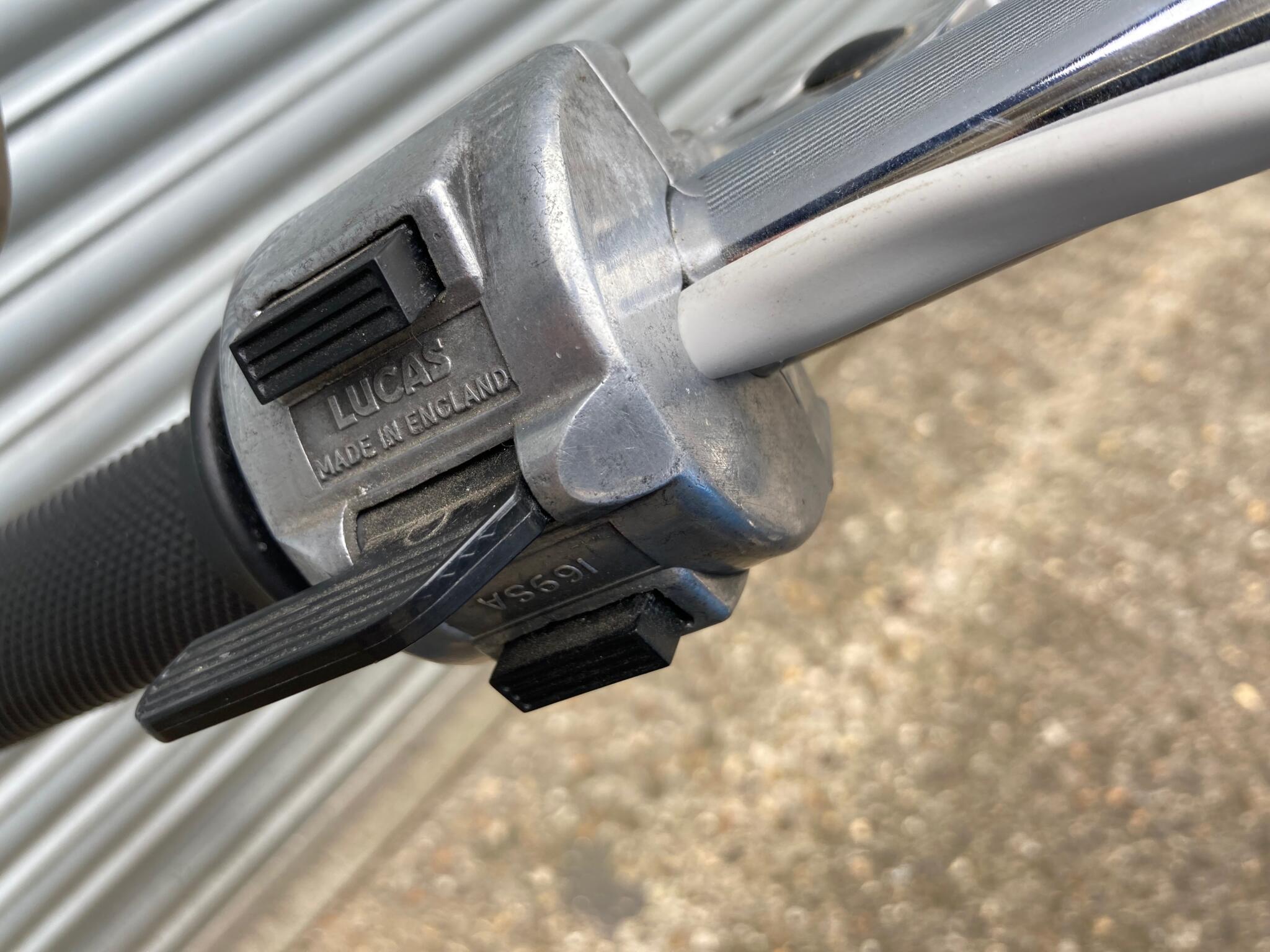 These old switches are long-lasting and rebuildable. New grey sleeve shows this one has been rebuilt 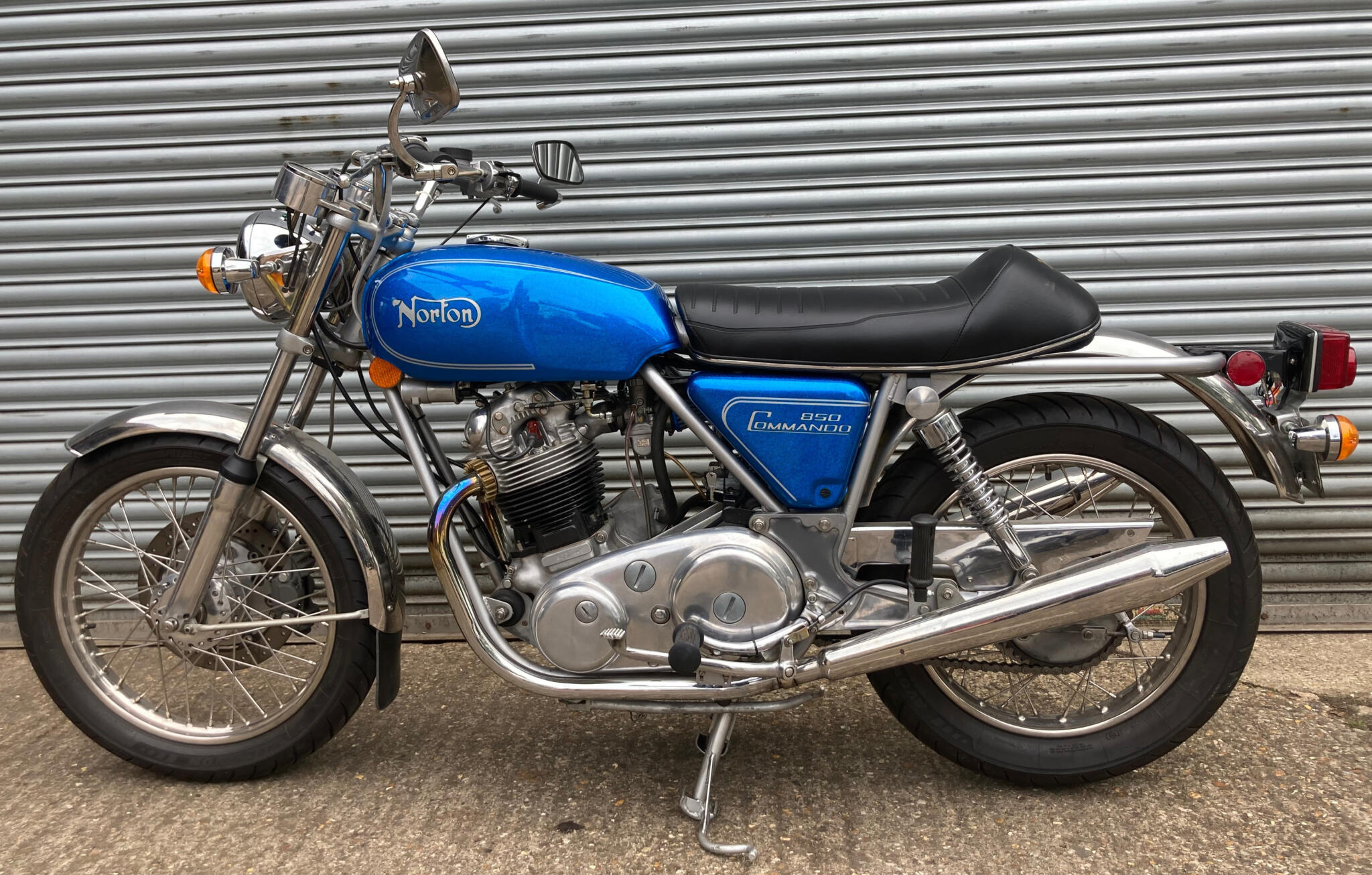