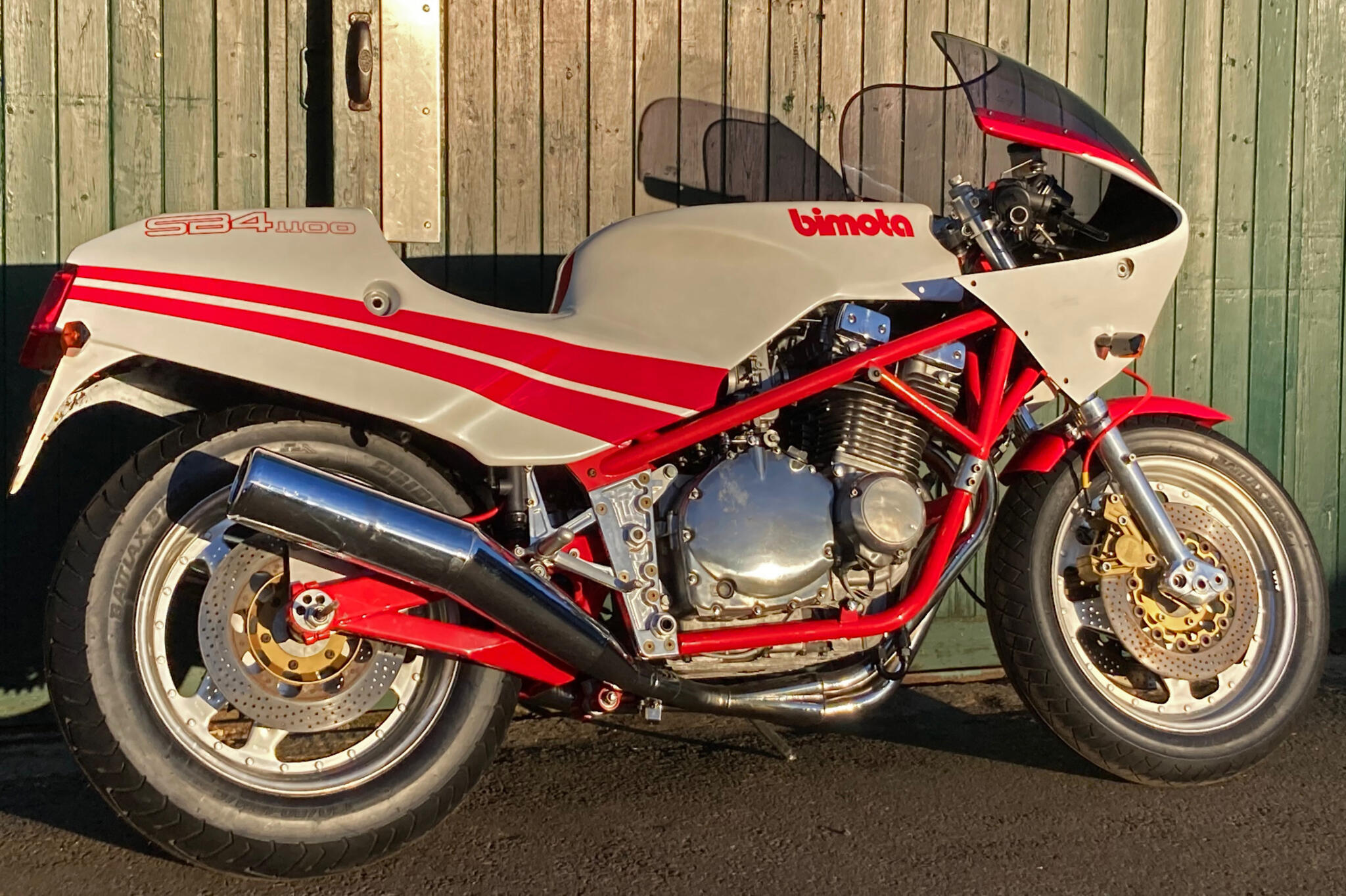 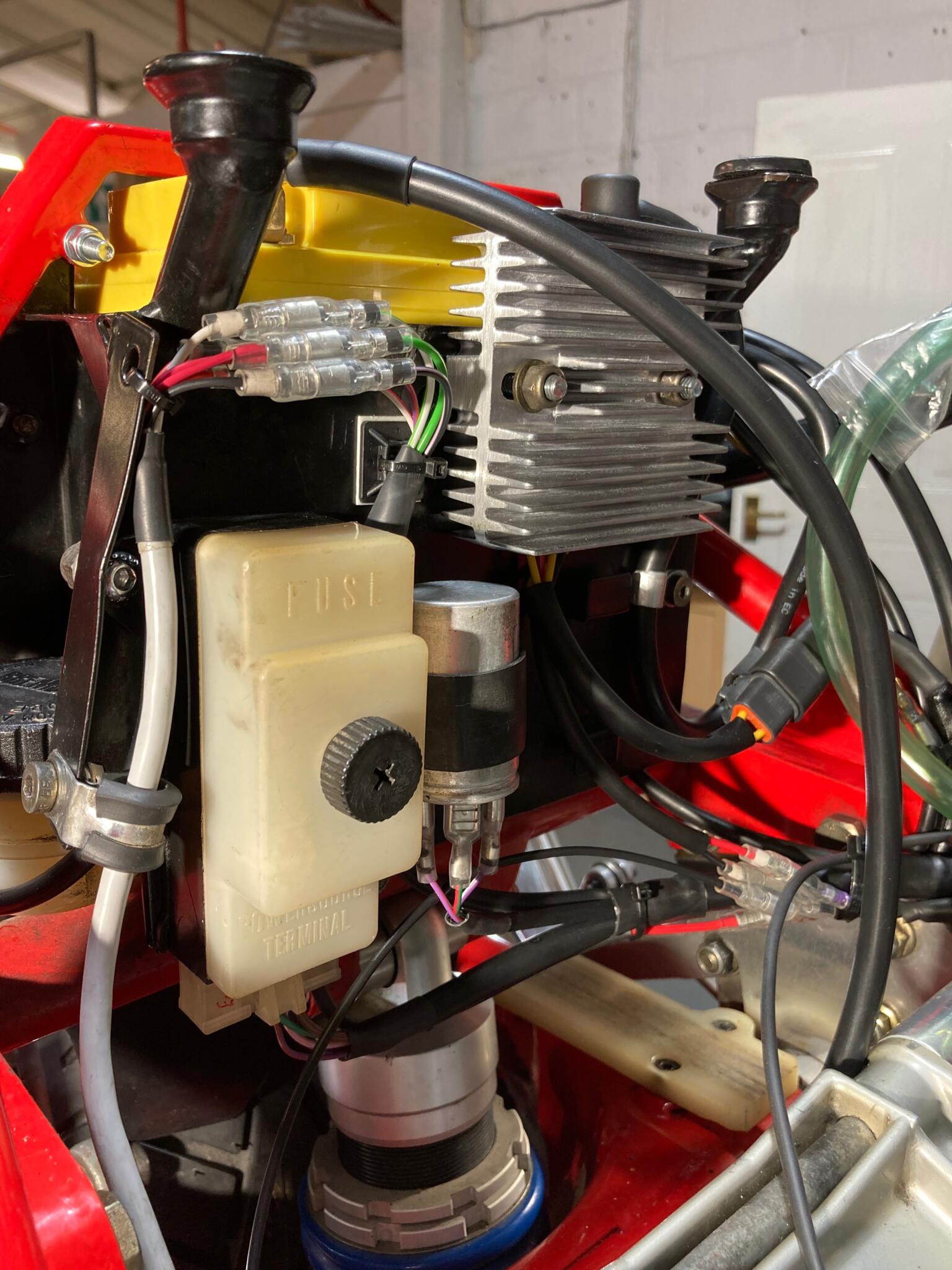 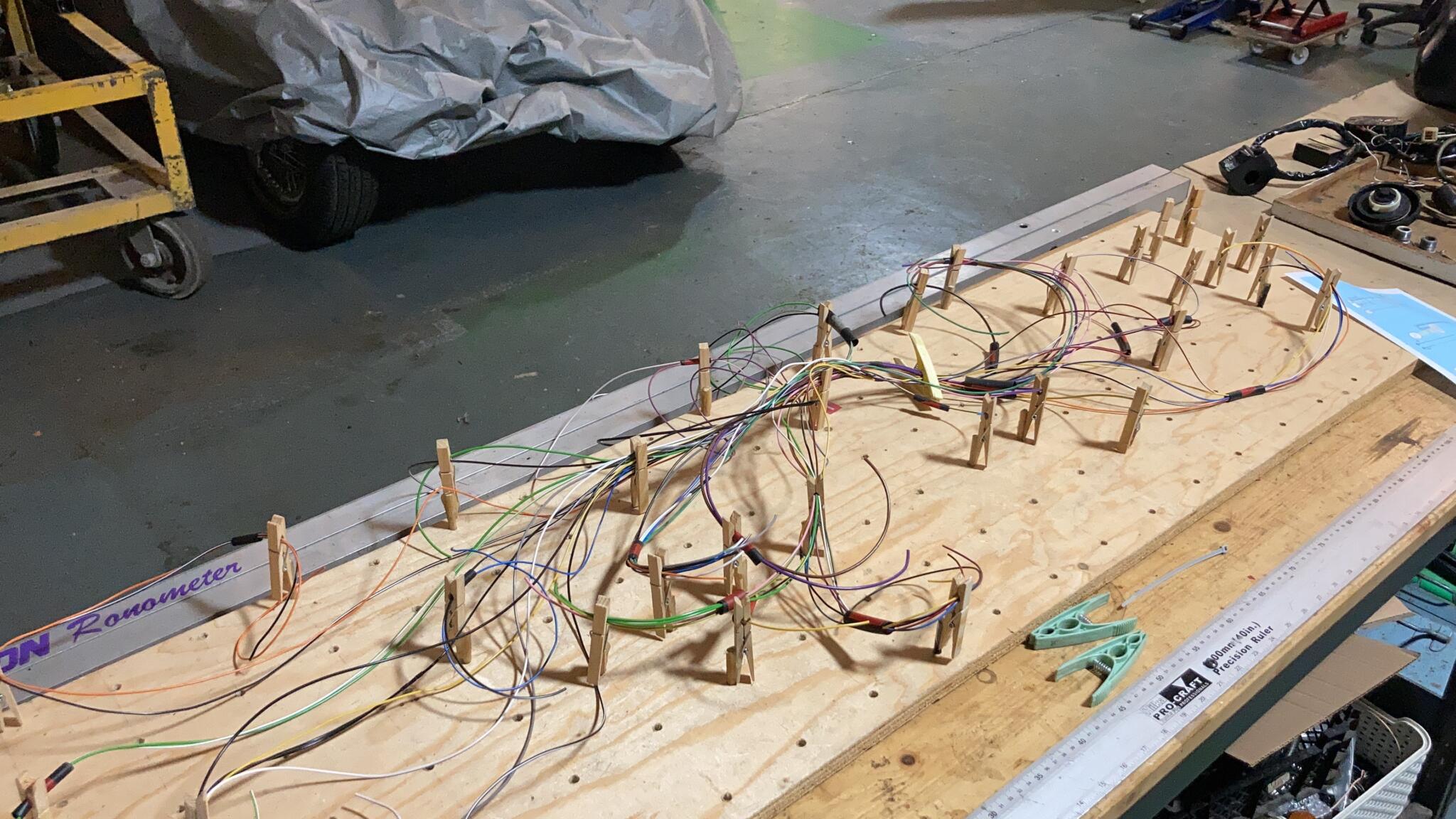 Half way through the layout stage 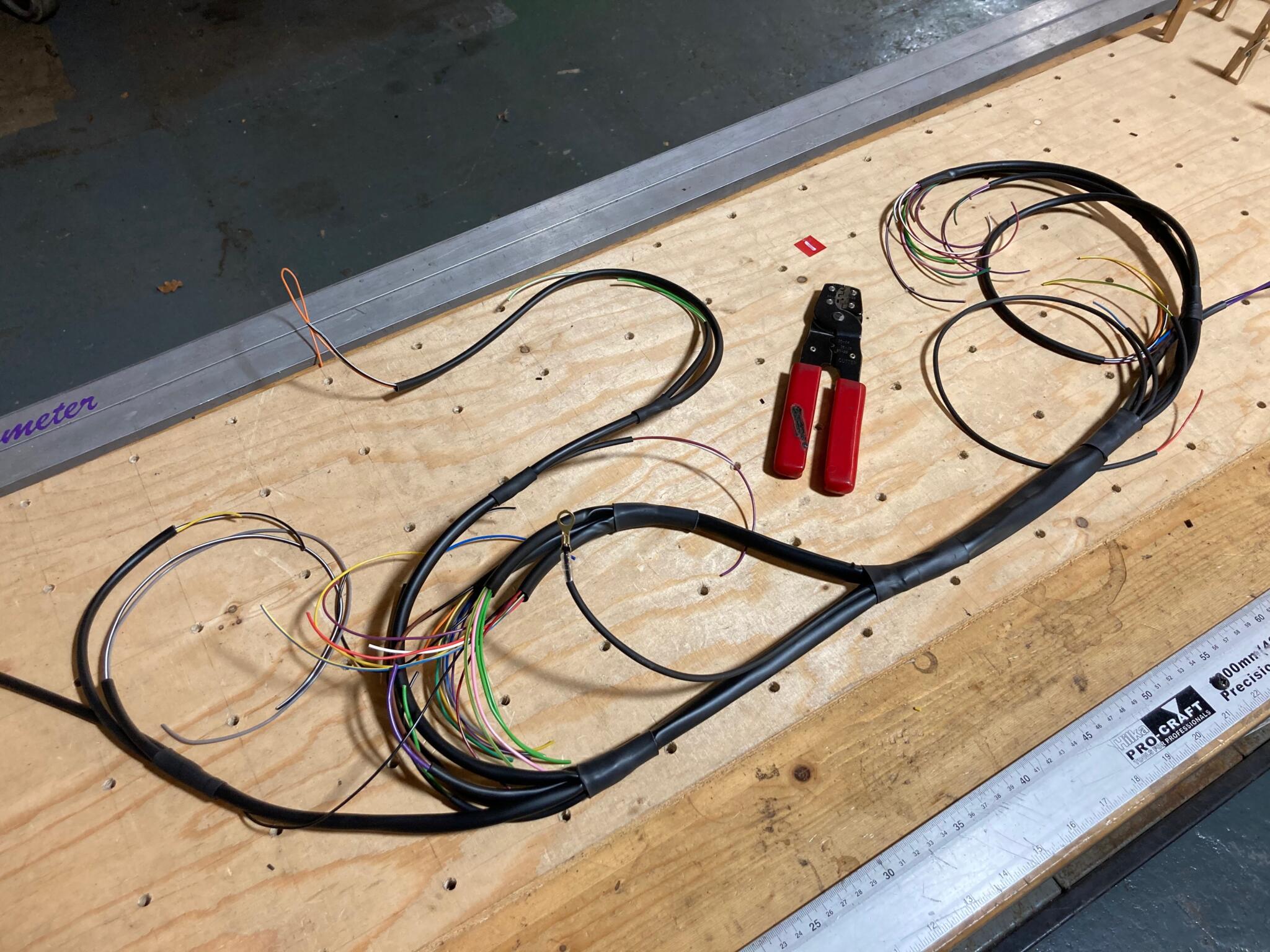 The loom wrapped in PVC sleeve and adhesive heat shrink

Even Bimota looms get mangled eventually. Robert had bought the bike in fairly scrappy condition and was gradually sorting it out. The loom had been much hacked about – due, I suspect, to Bimota not spending five minutes thinking about how the wires were going to run around that incredible frame.

Robert had bought a Dyna S ignition and some new switchgear, and asked me to find a decent regulator rectifier. I got one from ElectrexWorld. The loom itself is fairly straightforward: a standard Suzuki GSX1100. Fitting it onto the frame was the tricky bit: basically it’s almost modern twin-beam chassis made from steel tubes. The tube-to-engine clearance either side of the cylinder head is about 1mm.

The Dyna coils are bigger than the originals, so needed to go on special brackets. Fortunately there’s plenty of room. Robert wanted high quality connectors, so I used Deutsch DT series. DT blocks are very easy to separate, which is handy when you are removing the seat/tank. I arranged it so that one plug disconnects everything.

It’s an amazing bike, from a critical moment in history, when the Japanese had worked out how to make big power, but not how to build a chassis that could handle it. For a few years in the early 1980s Bimota made the best-handling bikes money could buy, and this was one of them. 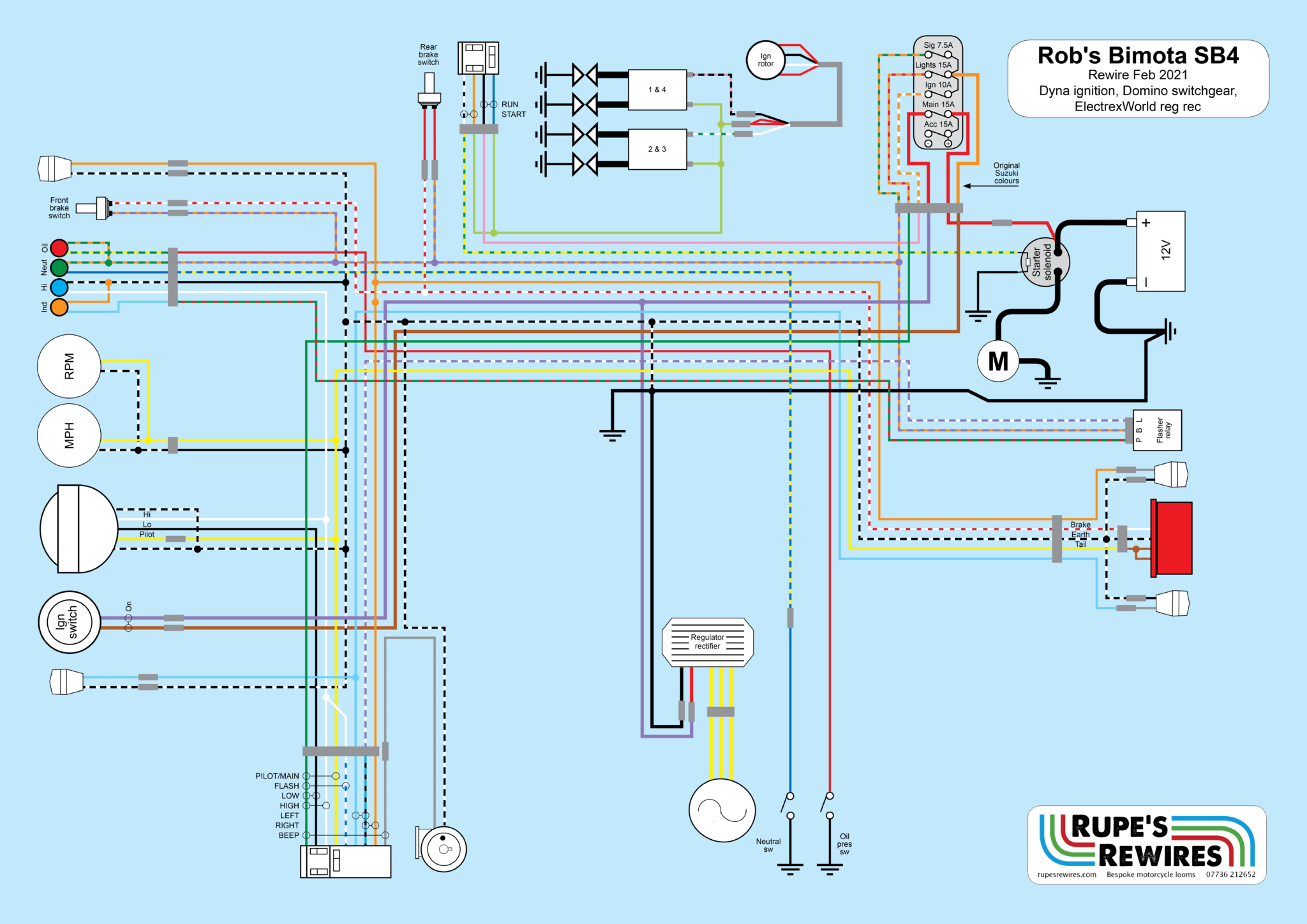 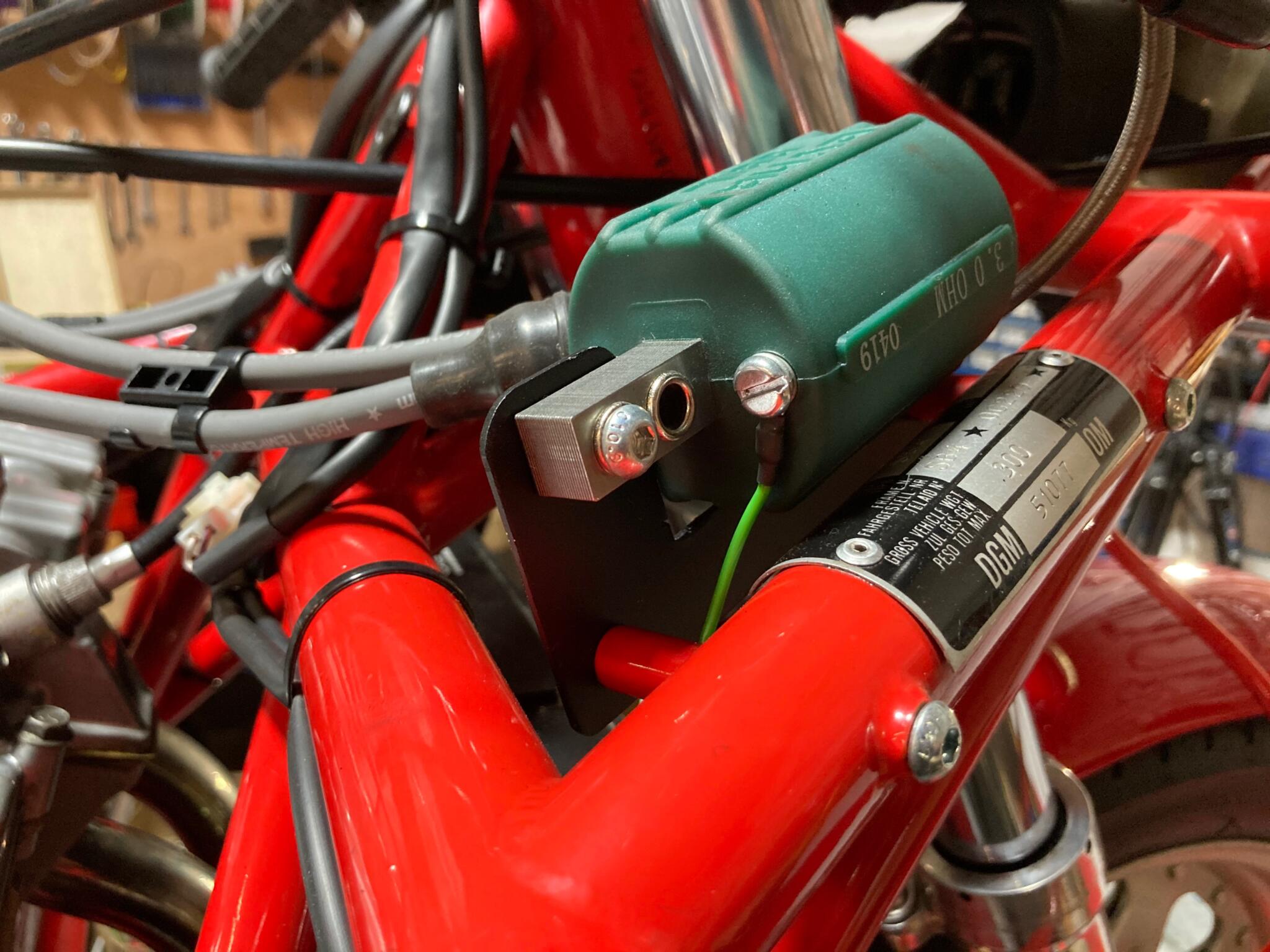 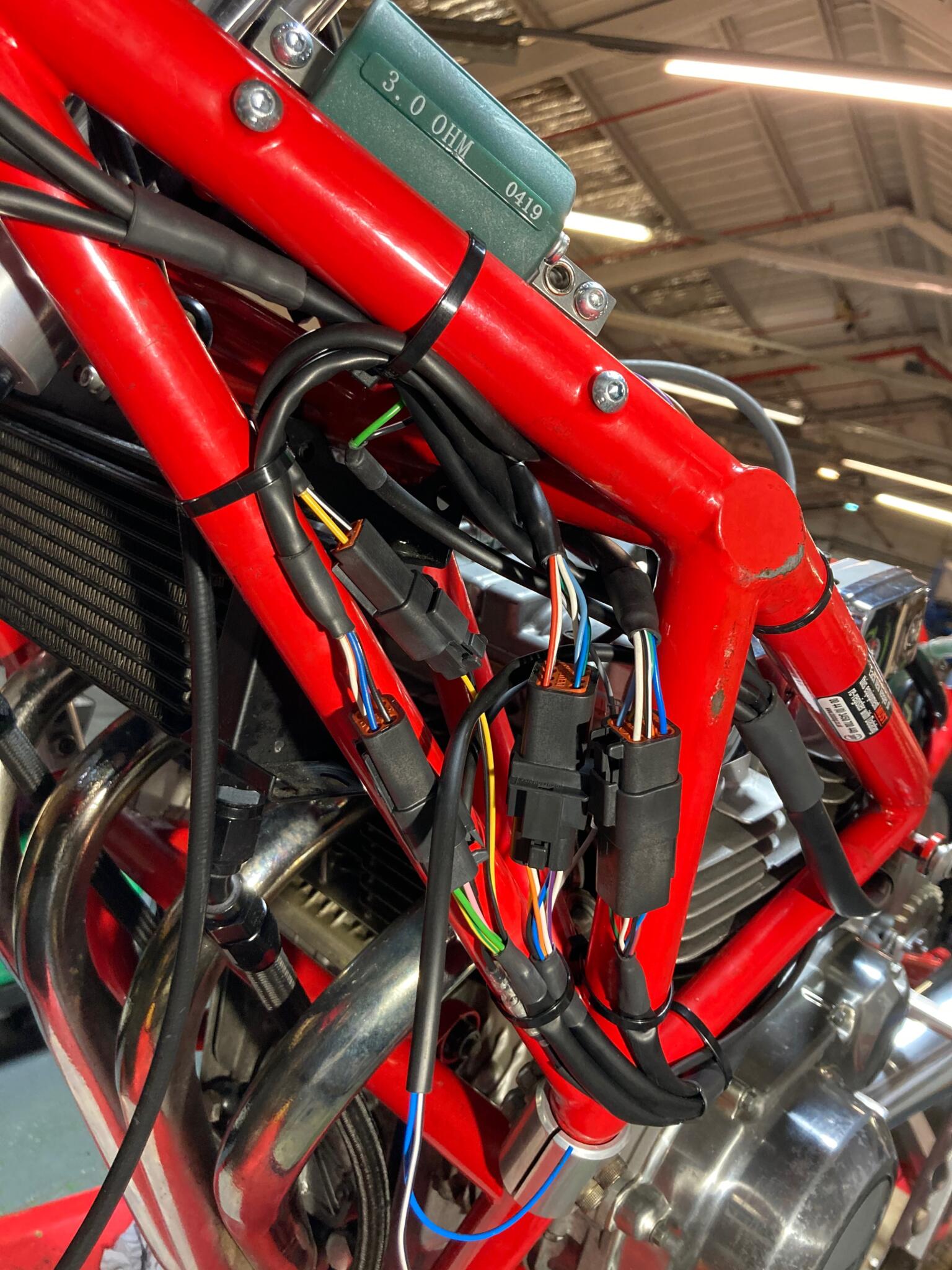 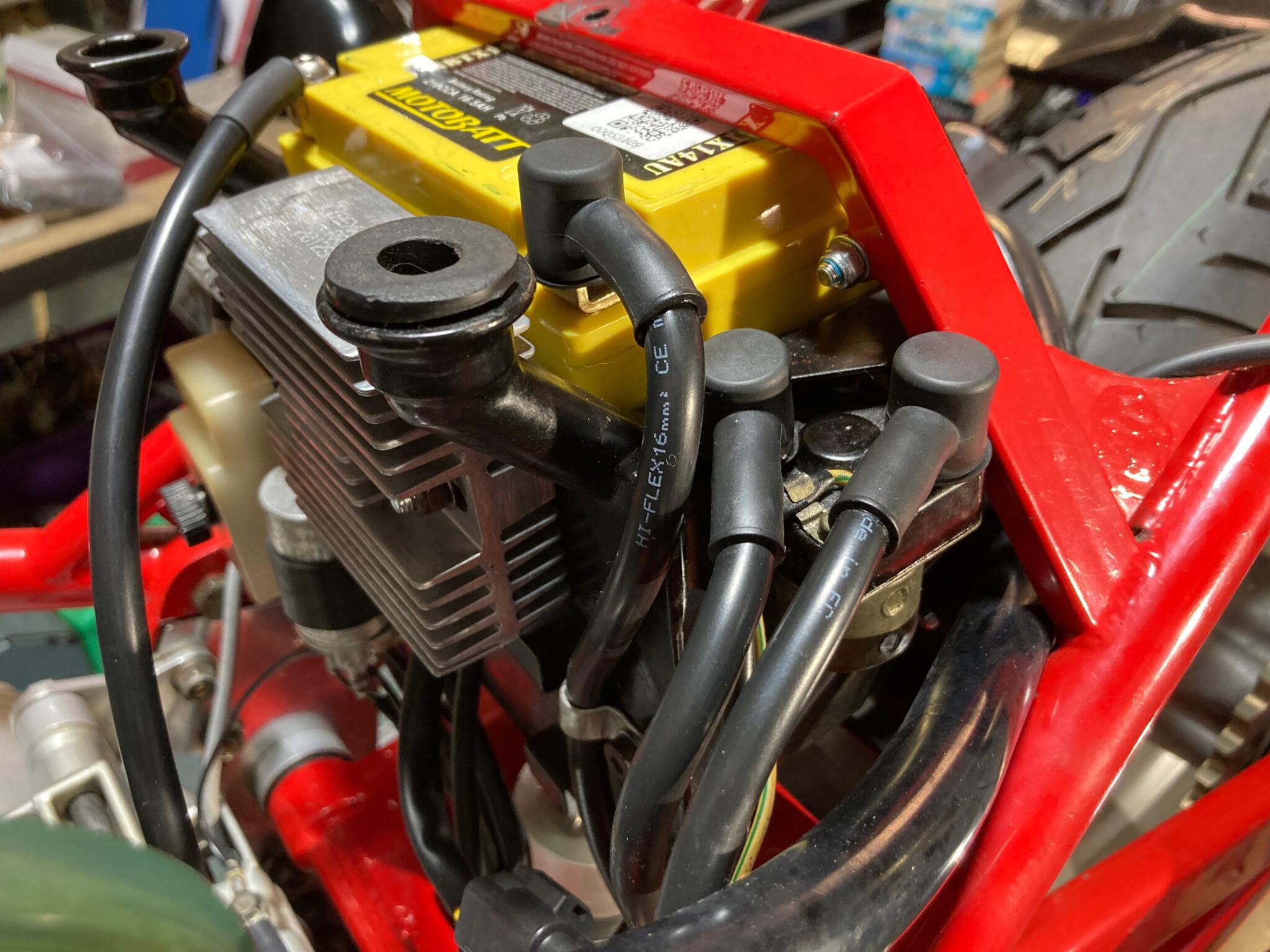 Battery and solenoid cables. I always include new high capacity cables in a rewire