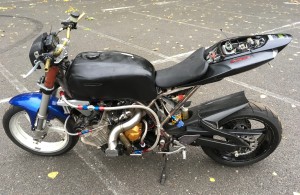 It’s a CBX with a big turbo, GSX-R back end and modern front 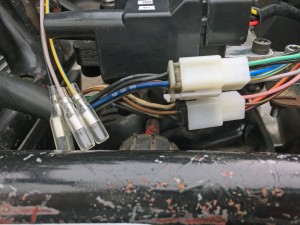 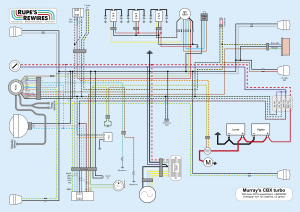 Murray is building a big, mad, six-cylinder turbo, and not surprisingly the old loom doesn’t fit. He brought the bike along with the electrical components in place, but with a dummy engine and tank. So as well as building the loom he needed a mini-manual on removing and re-installing the harness when the final build comes together. This also meant building it slightly differently, as some components might change in the final bike.

To look after the turbo bearings Murray wants to be able to spin the starter motor up without firing the engine. This in turn means having plenty of battery power, which is why the bike has a two-battery setup. The ‘upper’ battery is in the tail. The ‘lower’ one is under the seat. He also installed a Koso speedo, and a US-made C5 ignition system which gives a choice of advance curves. The adjuster knob is next to the ignition switch on the right above the air filter.

He’d wanted to fit an uprated alternator too, but the Turbo exhaust got in the way, so it’s back to the standard item.

There’s a lot of work still to do but Murray hopes to fire up the fully built motor before Christmas 2018. 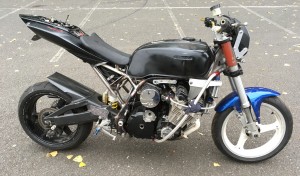 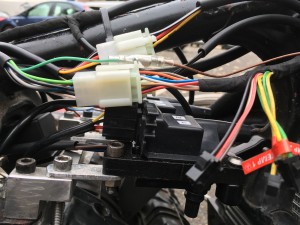 Miniblock plugs work really well as long as they’re out of the weather. Dangling wires in the foreground are temperature sensor plugs for the Koso dash