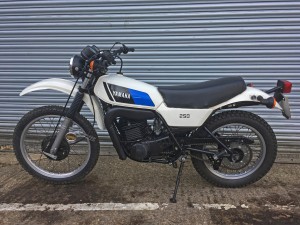 The perfect bike for an off road blast to the pub 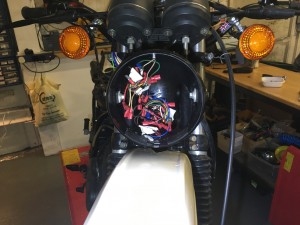 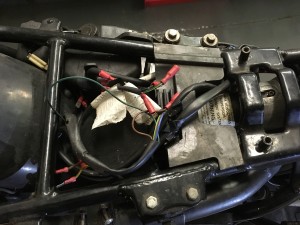 Under the seat to start with… 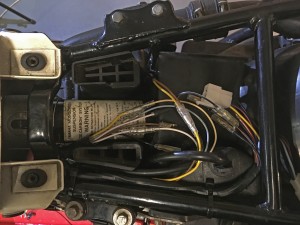 And a bit later on

Owner Mark had been doing a gradual restoration of this 1978 trailie. He doesn’t want showroom finish, just a bike in decent running order. That meant, among other things, a new loom. The old one – well, you can see for yourself.

Mark had already bought pattern switchgear and a pattern ignition switch from the very handy Yambits. Then I noticed that you can get pattern looms for DT250s on eBay. They are made in the far east, and fitting one seemed a good way to keep the cost down. The price was £44, which in the UK doesn’t even cover the materials. So it seemed a good bet.

It turned out to be OK, but not great. The unusual Yamaha round-pin connectors (for items like the switchgear) were a bit flimsy, and some were painted black. There were a few surplus cables, but maybe that was to cover all the possible models. The one really annoying thing was the black and white ignition coil wire, which came out in the headlight rather than the coil. It also wasn’t connected to the other wires of the same colour.

Figuring all this out and correcting it took a while, so it wasn’t a huge saving unfortunately. There’s also a bit of extra complication in the wiring diagram. But the bike worked nicely in the end. It attracted lots of interest from the other guys in the workshop. Everyone loves a mid 1970s Japanese trail bike. 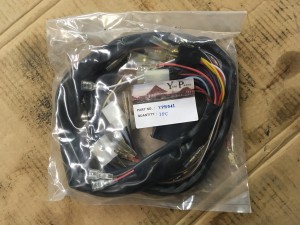 The pattern eBay loom, made by Yuni Parts 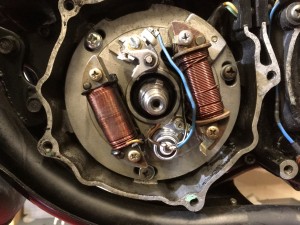 It ran a lot better with a new condenser 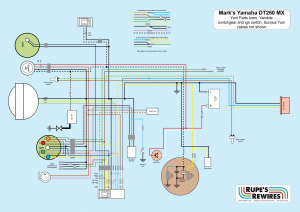