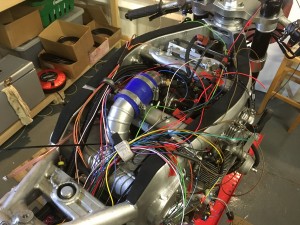 Work in progress. The GSX-R cradle is really nice to build a loom onto 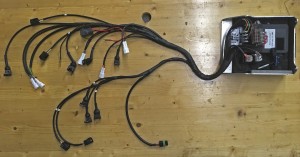 The finished loom plus ECU in its tray, relays, and fuse box 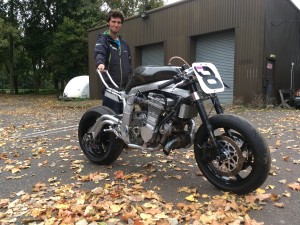 Just have a look at the way this thing is built

This is the most famous bike I’ve worked on: the Martek Suzuki that Guy has spent hundreds of hours on, and raced at the Pike’s Peak in the USA, and in the wet in New Zealand.

The Martek already had a very clever loom by the brilliant race loom builder John Youles. But when Guy decided to change to a new ECU, replace the crank sensor and add an electric oil pump for the turbo, it needed new wires to match. It’s a beautifully made bike, covered with fascinating one-off engineering solutions. It’s also had a mystery misfire for much of its life, including at Pike’s Peak, so it’s been stripped and rebuilt many times. As Guy says, the engine knows its way out.

I am pretty certain Guy could build the loom himself but anyway over a mug of tea he explained what he needed. The two branches run along the two top rails, and the curve just before the ECU tray is to get around the top shock mount.

The bike makes crazy power. Guy says it made a Superbike feel tame. The next stage is to build various mounting brackets, programme the MBE ECU and get the fuelling and ignition set up on the dyno. Guy is doing it all himself. 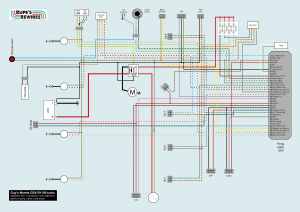 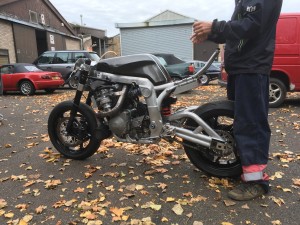 The frame is a work of genius, adapted from the standard Suzuki GSX-R