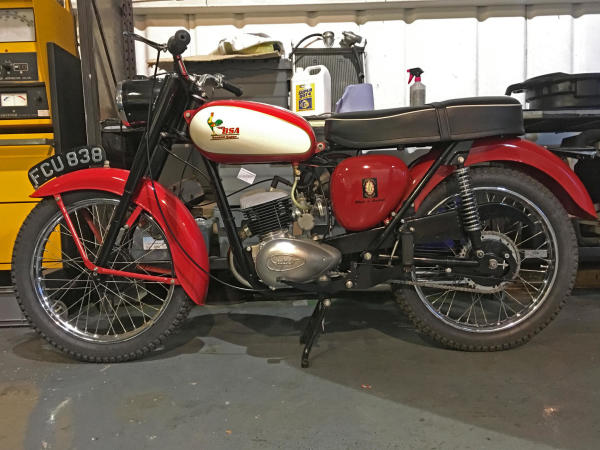 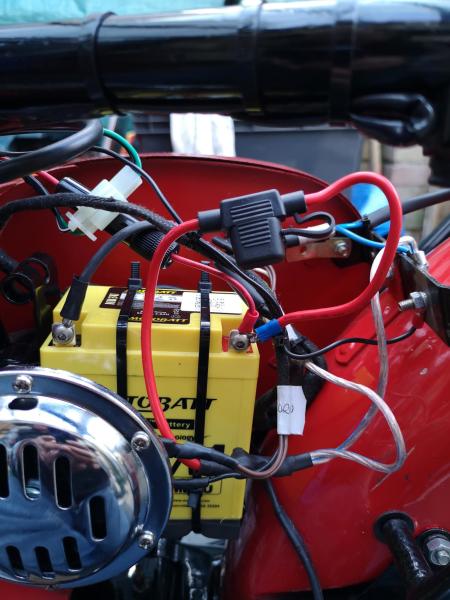 But under the sidepanels the wiring was a bit rushed

Mark had done a nut and bolt resto on this sweet looking BSA, going for 100% originality, including the 6V electrics. But then he replaced the points with a CDI ignition kit which also features a single phase alternator to charge a 12V battery. This was obviously a good move. The engine ran well – but the replica loom wasn’t wired up quite right, and there was a problem with a blowing fuse when the lights switched on.

The fuse issue turned out to be the replica Wipac switch on the top of the headlight fouling the live terminals on the back of the headlight bulb holder. The solution was to resolder the Wipac switch contacts so that the cables went off out of harm’s way. I also added some extra cable and a plug to make it easier to remove the headlight in future.

The CDI kit wiring diagram was negative earth, so I reconfigured the loom to suit, making things as tidy as reasonably possible, and keeping the battery terminals as simple as possible – again, to make it easier to remove the battery in future. The original 6V horn seems none the worse for having to cope with 12V.

The bike feels light as a mountain bike and makes a great noise. Mark intends to ride it quite long distances this summer. 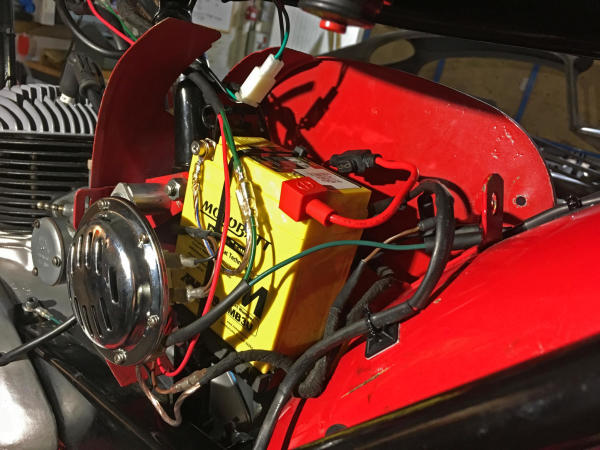 A little later, it was tidied up and converted from positive to negative earth 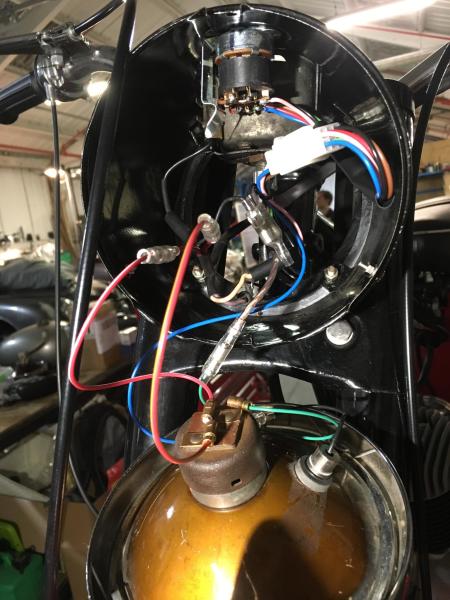 Meanwhile the headlight got some longer cables to make it easier to fetch on and off. And the fuse-blowing tendency was evicted