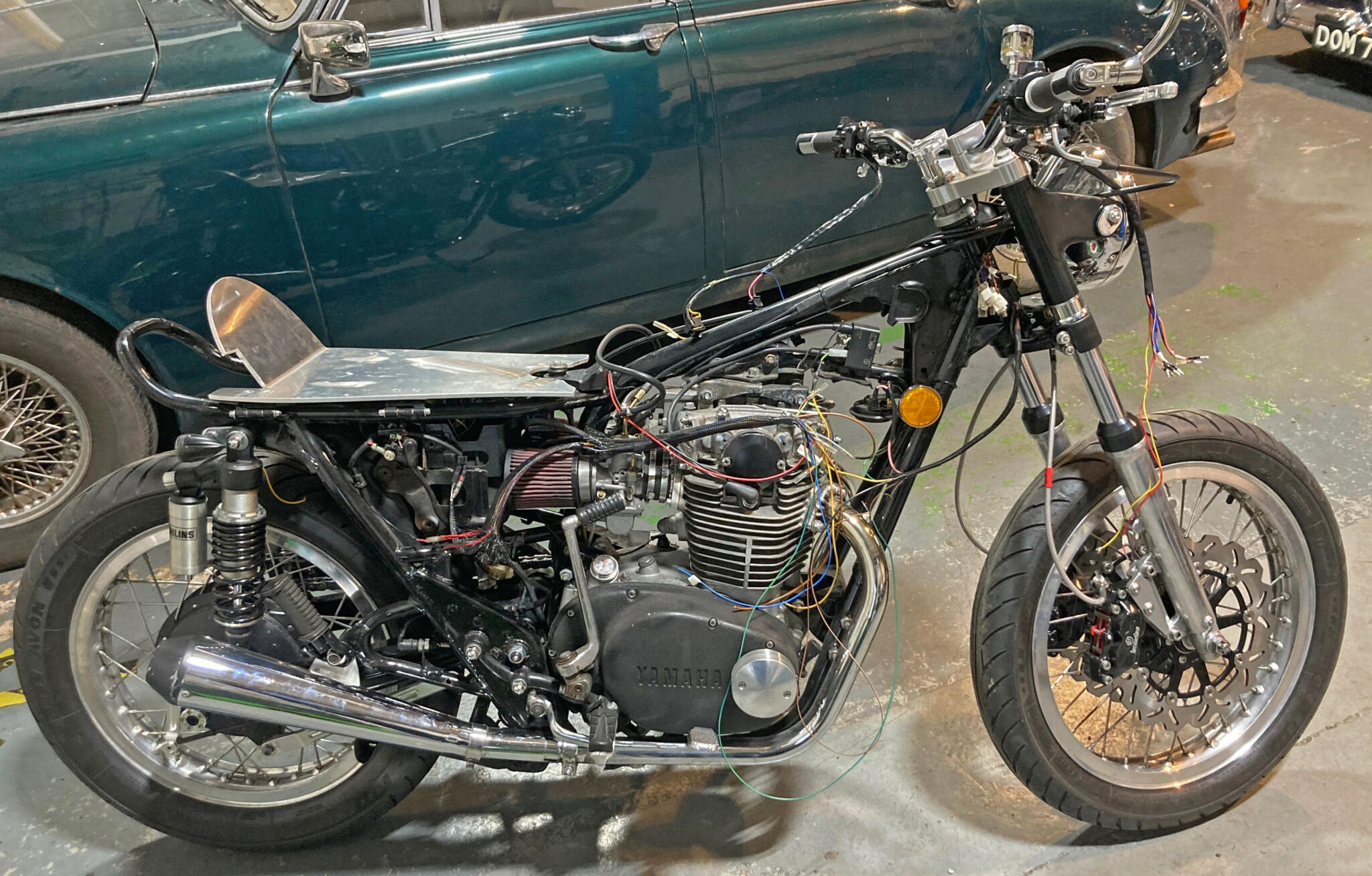 As it arrived – lots of wires 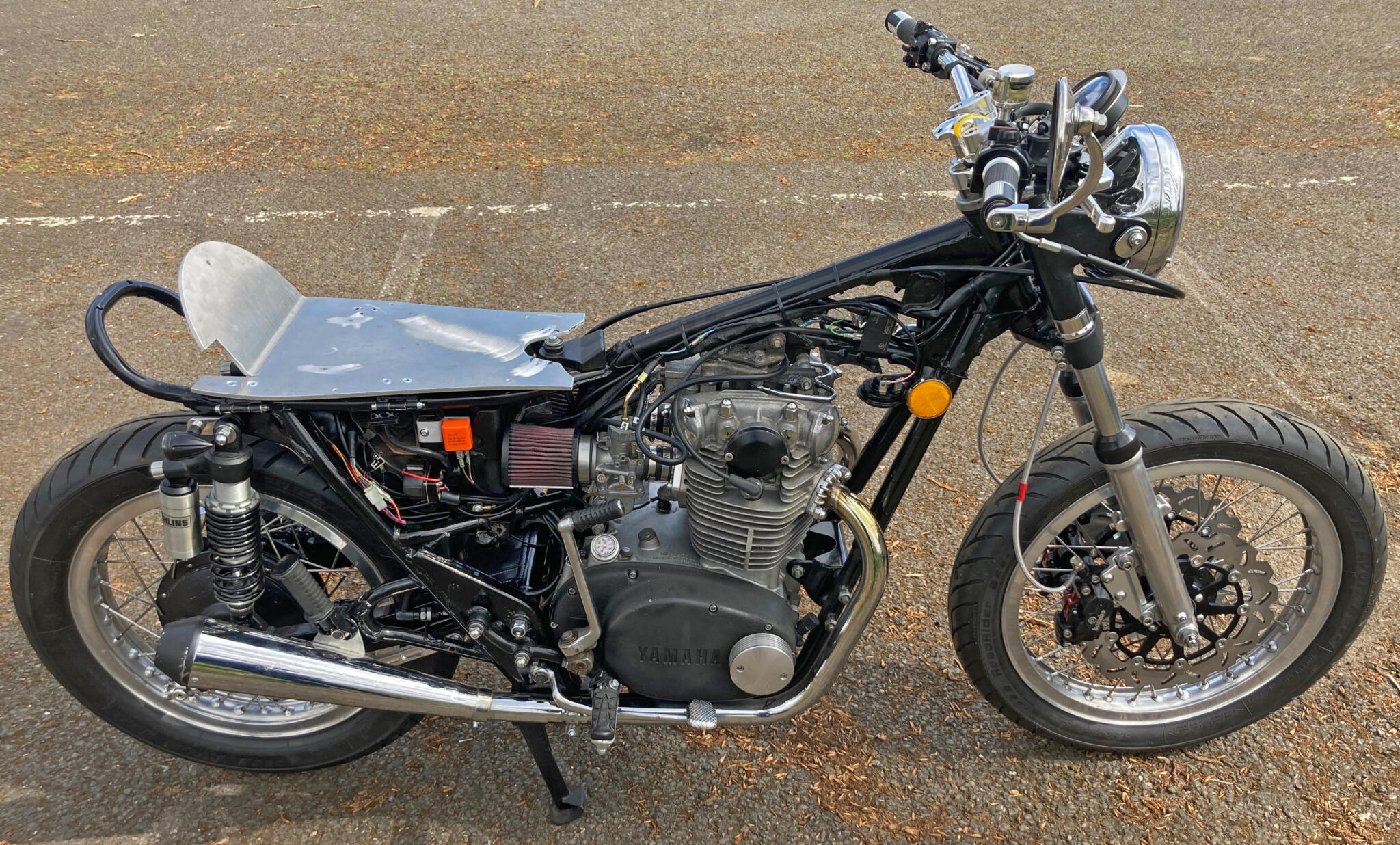 A little later – electricals mounted securely, wires as neat as I could make them 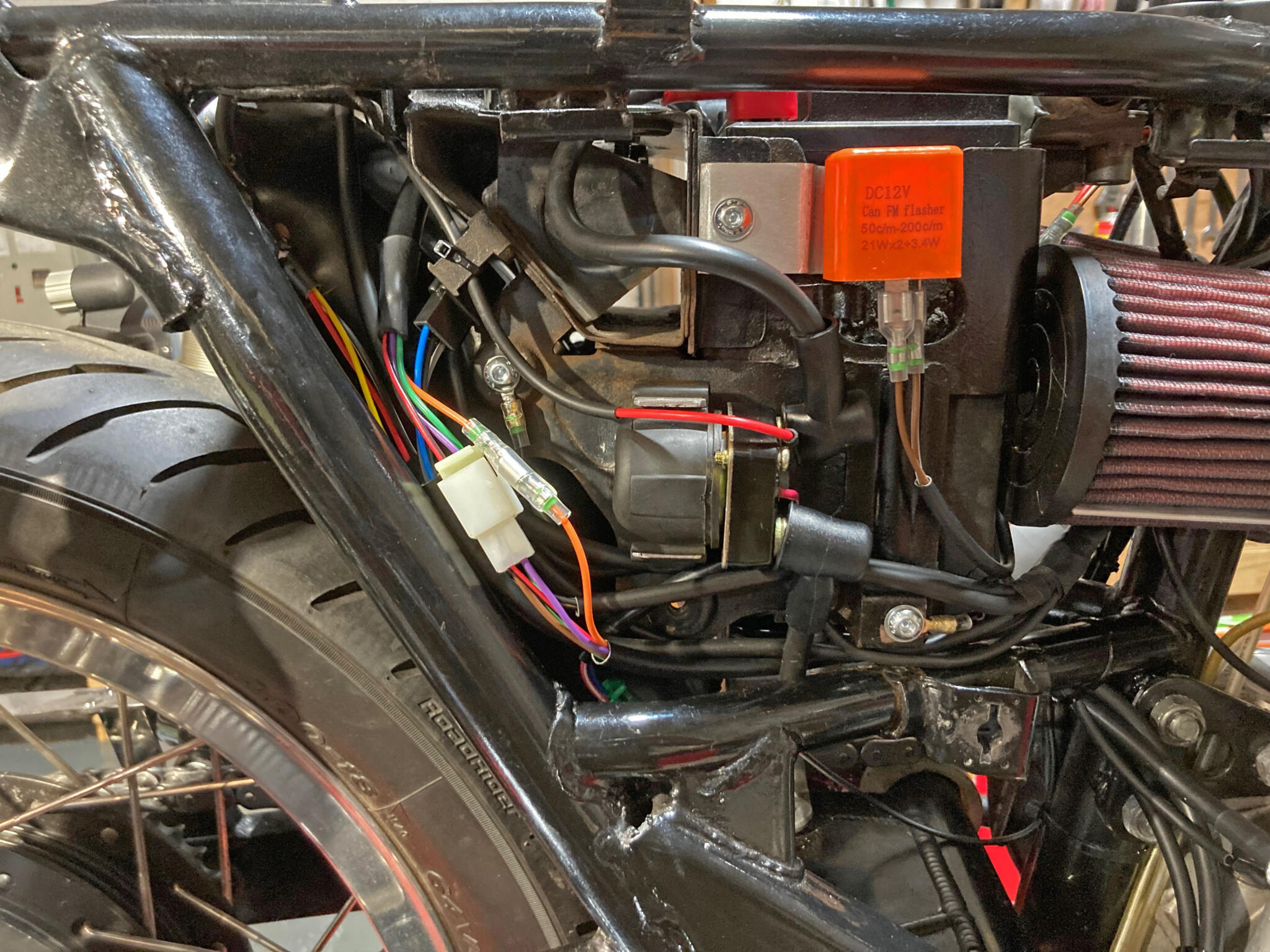 The XS has lots of room under each sidepanel, leaving the top clean and uncluttered. This is the flasher unit and solenoid 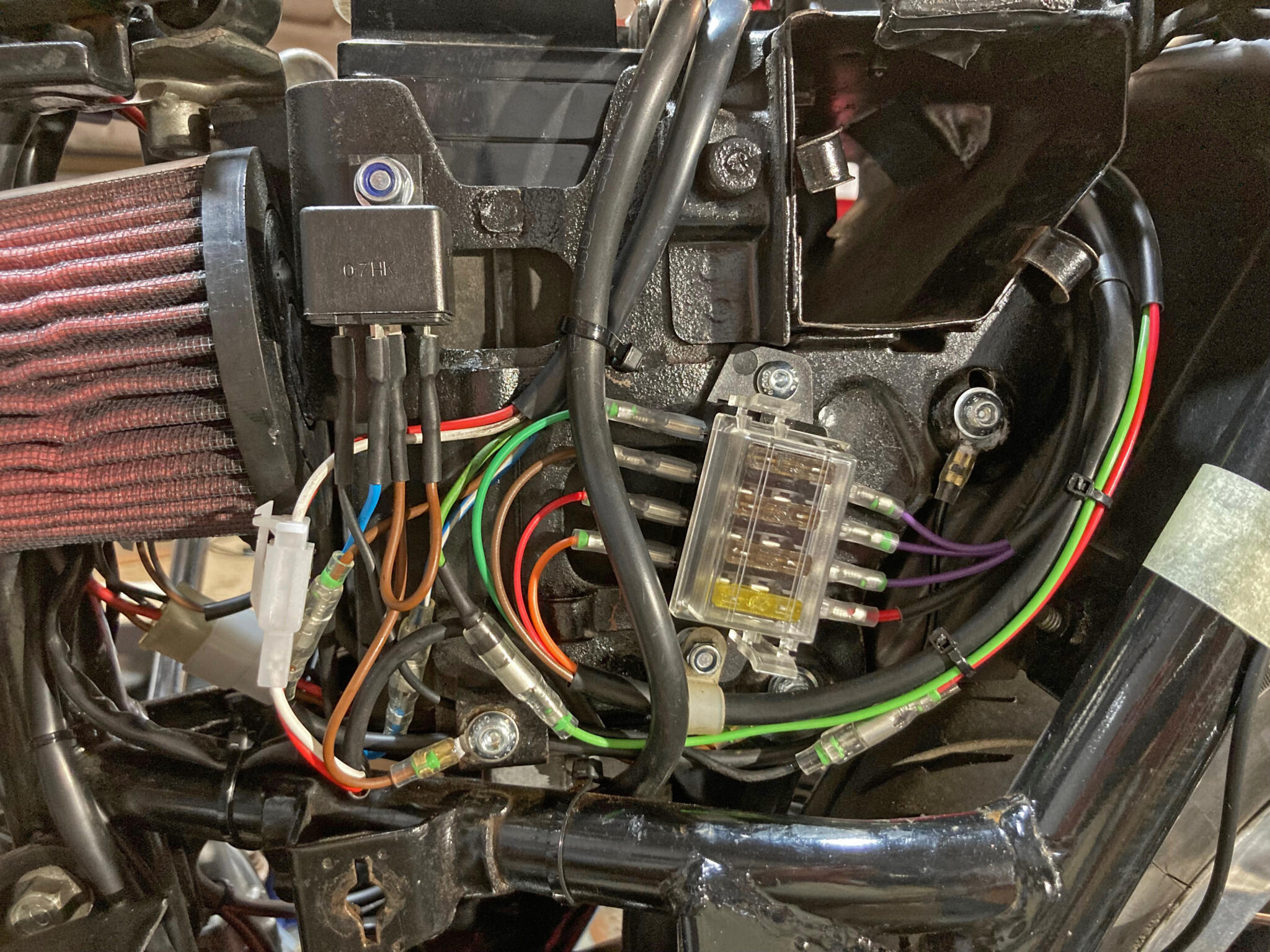 The more you look at this bike the more you realise it’s had a lot of time and money spent on it. Most of that was done by the previous owner, who got project bike fatigue near the end, which is when Les snapped it up. It’s an early XS650, which for a rewiring bloke means the stud for the starter motor is so close to the frame you can’t get the nut off when you replace the battery cable, even when you loosen the engine mounting bolts and jack it forwards. But I digress.

The previous owner had tried a bit of rewiring, and Les had carried on, but in the end he decided it needed sorting out. I have to admit I removed it all, apart from the wire to the neutral switch and bits of the Vape CDI ignition. It was good work, but it wasn’t going to look neat and tidy.

Vape is made in the Czech Republic, and they are making stuff for more and more bikes. The system Les used includes a total replacement for the charging and ignition system. It’s simpler than the Yamaha original: single phase alternator, basic regulator rectifier, CDI ignition. But it all works.

You kill a CDI by earthing it, so because the Yamaha ignition switch doesn’t have an earthing connection in the ‘off’ position Vape supply a ‘kill’ relay to do the same job. Another solution would be to use an ignition switch from a CDI bike, but then you need a different key, which nobody wants – including Les.

The headlight is an LED with integral indicators. The rear indicators are more conventional, but still LED with built-in extra brake lights. You can’t see the tail light in the pics because the mudguard is still to come.

The bike fired up willingly and felt pretty grunty from low revs – it’s got a 750cc kit. The tank and panels should be back from paint any day now. Then it’s just a few details to sort before it’s ready to roll. 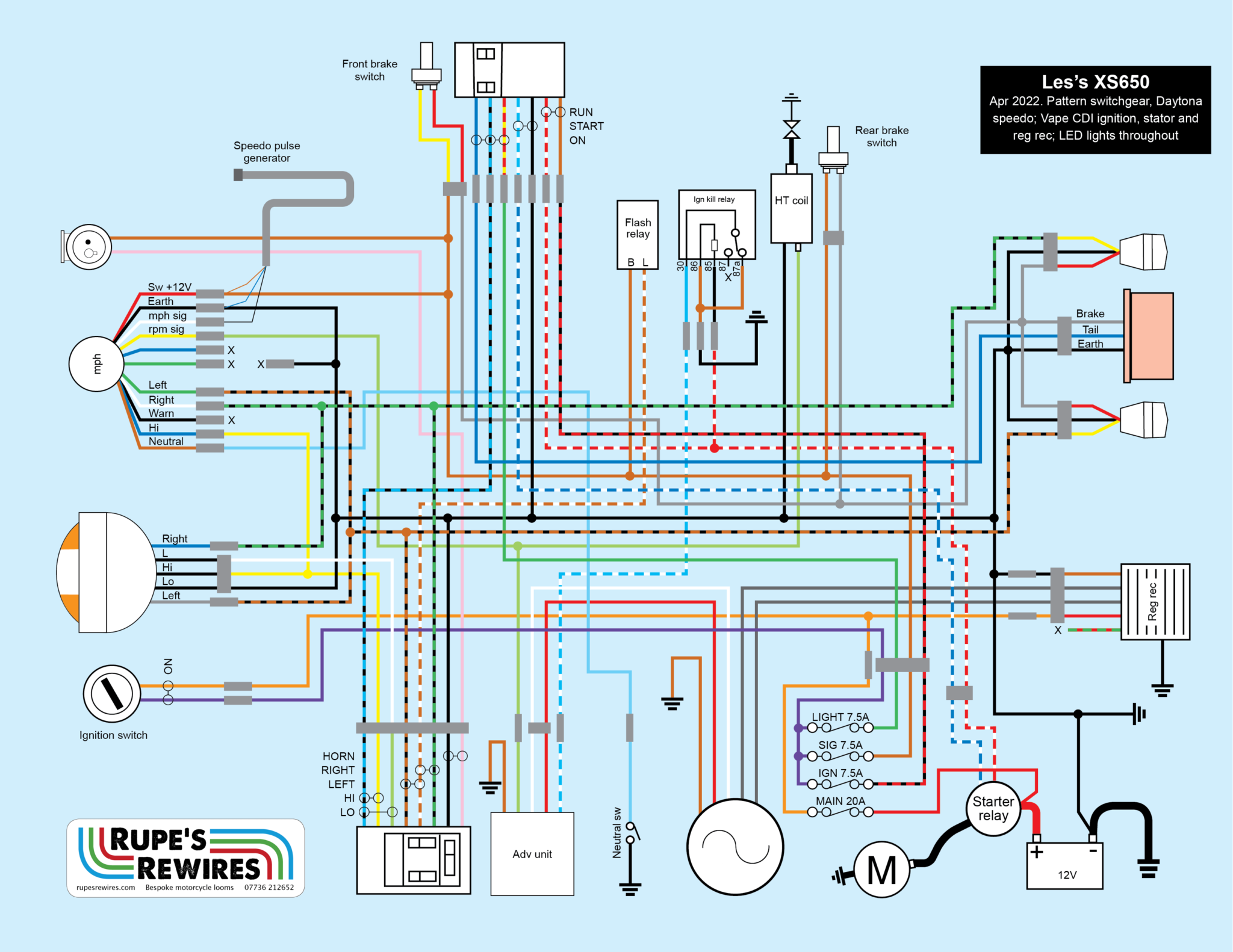 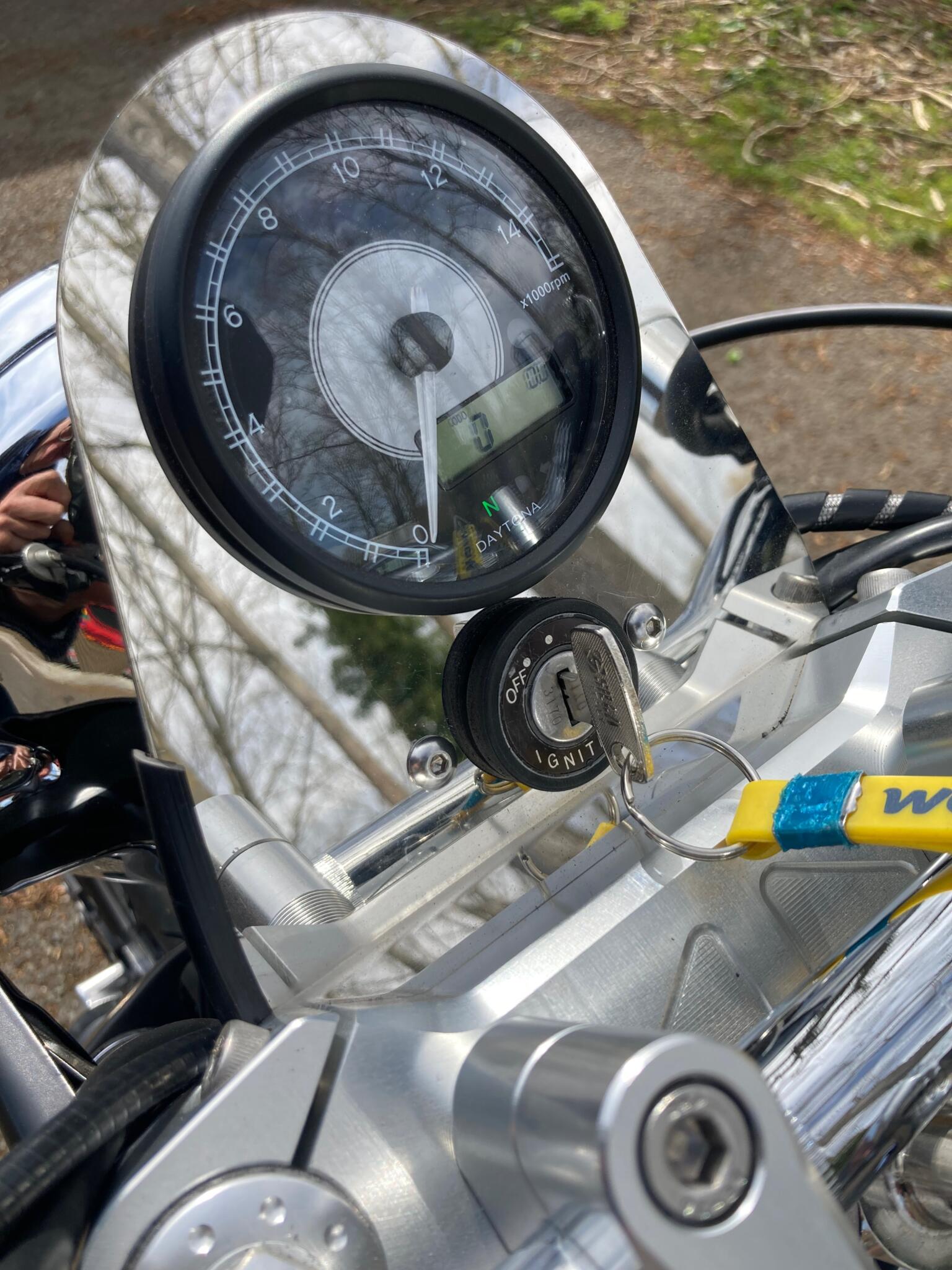 Les went for a Daytona speedo – always a good choice. Apologies for the rubbish pic 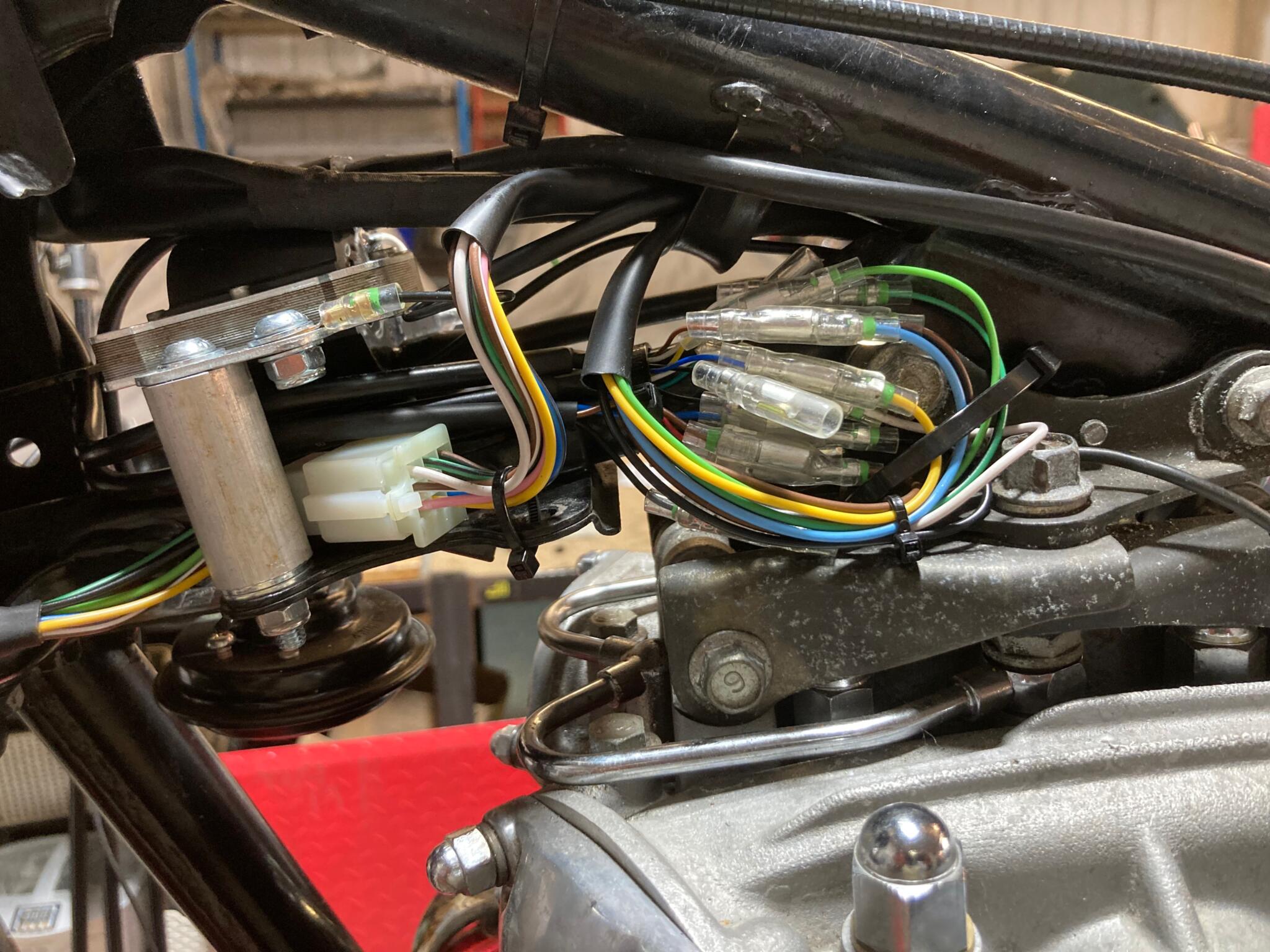 Those bullet connectors are part of the Daytona. Aluminium bar is a mount for the ignition coil 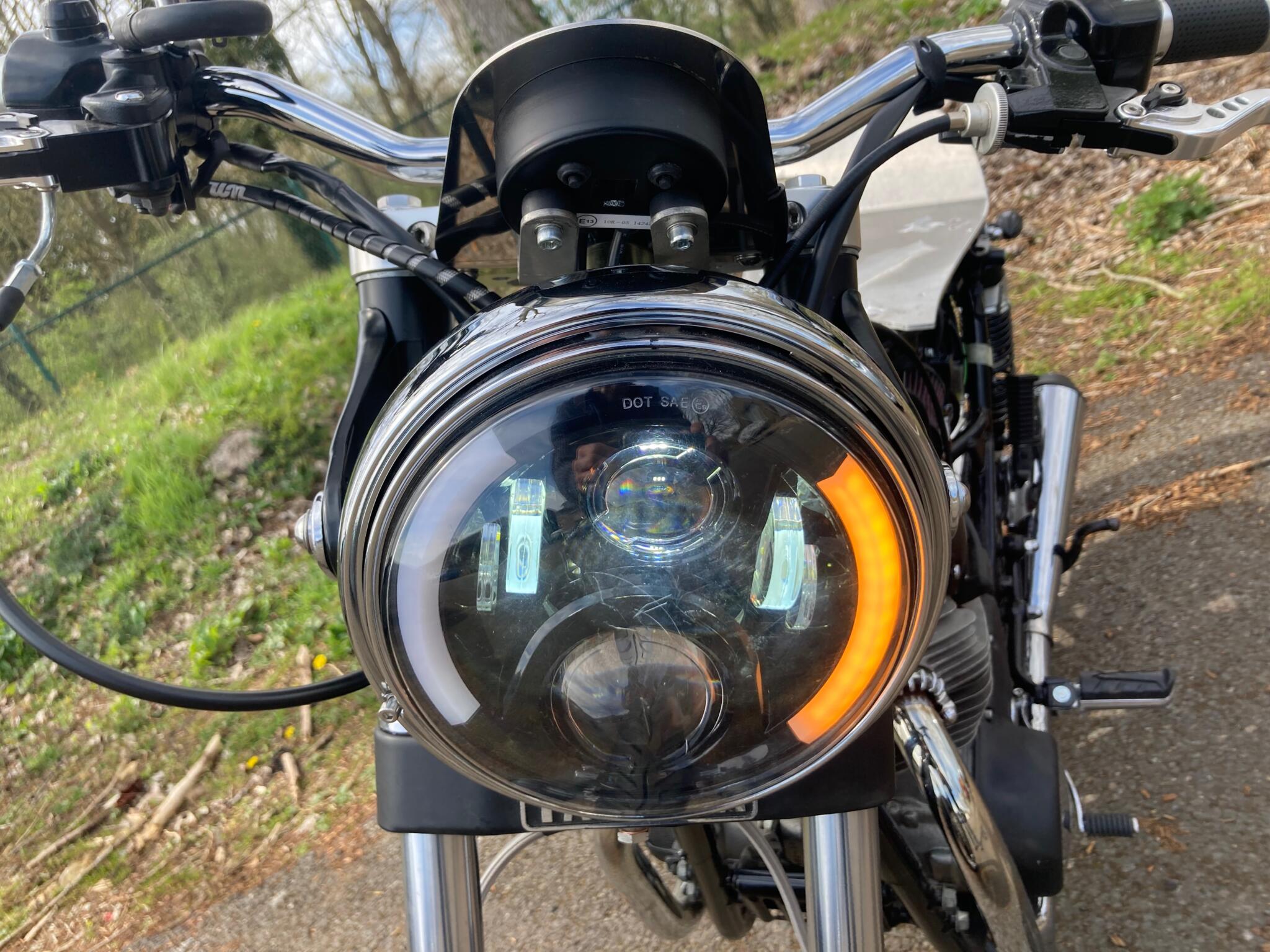 LED headlight and integral indicators. They can also be white running lights if you would prefer conventional separate indicators