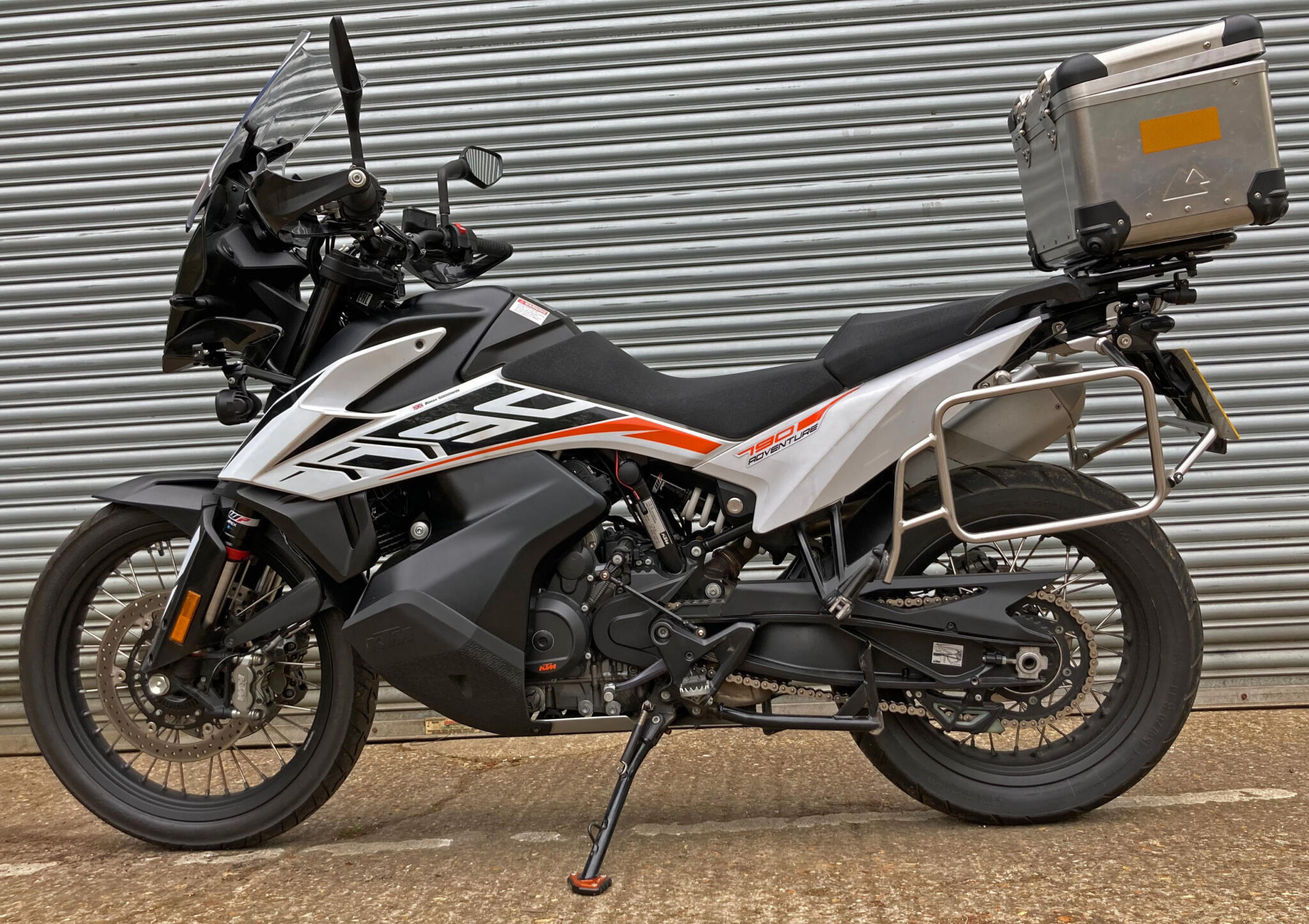 Possibly the most capable motorcycle you can buy 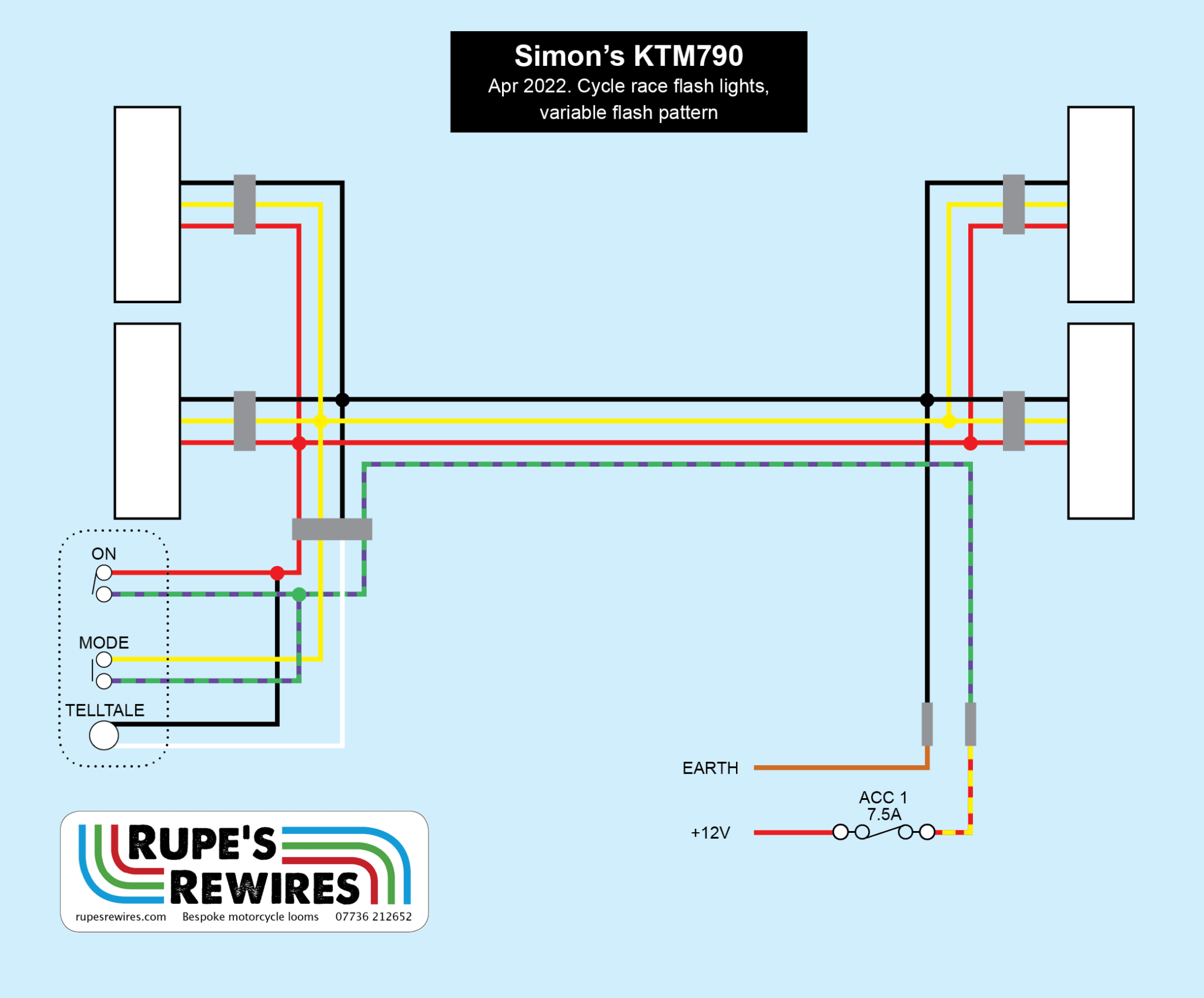 The LED flashers have several patterns of flash sequences. You change the pattern with the yellow wire 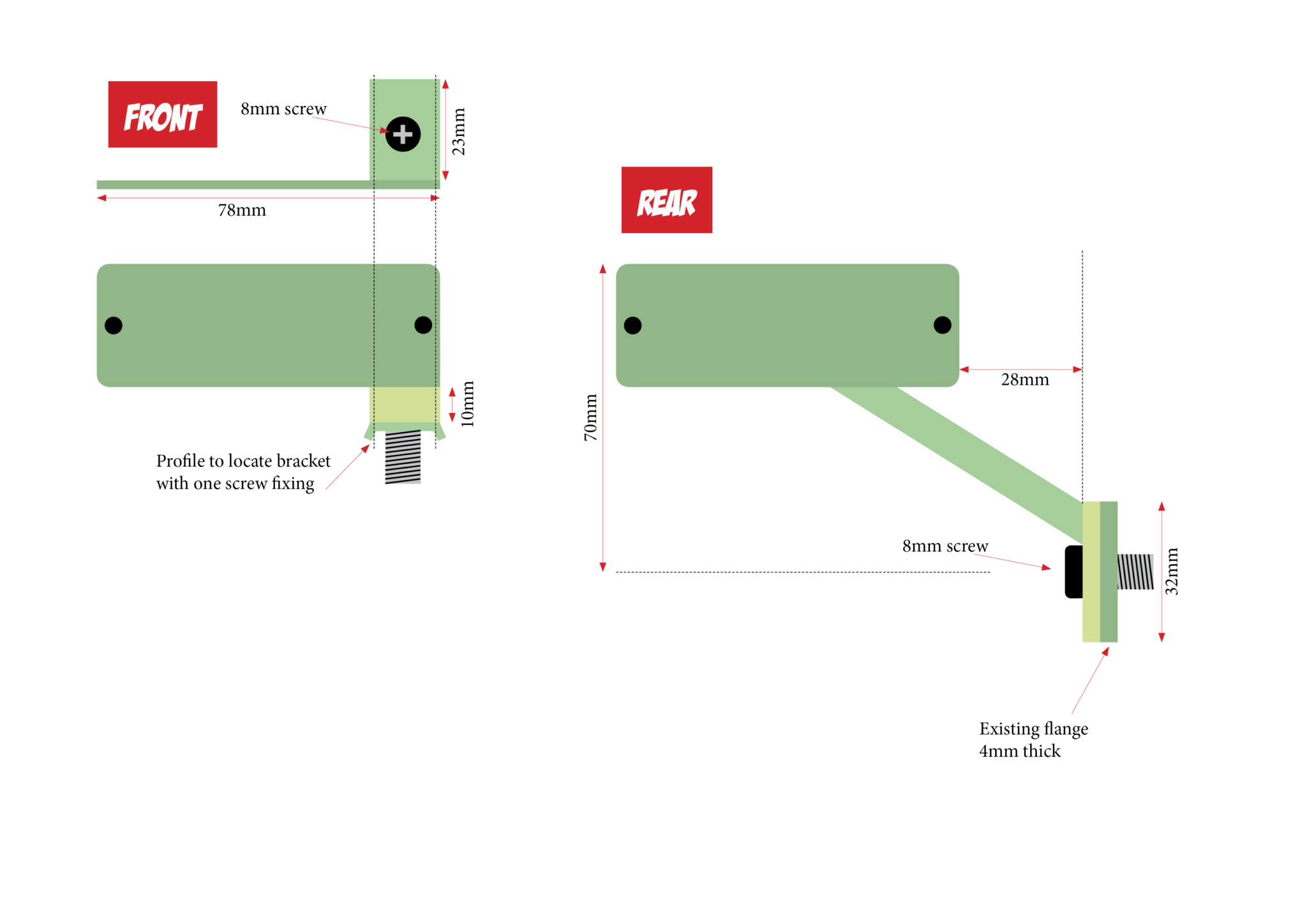 Drawings of the brackets for fabricator Simon 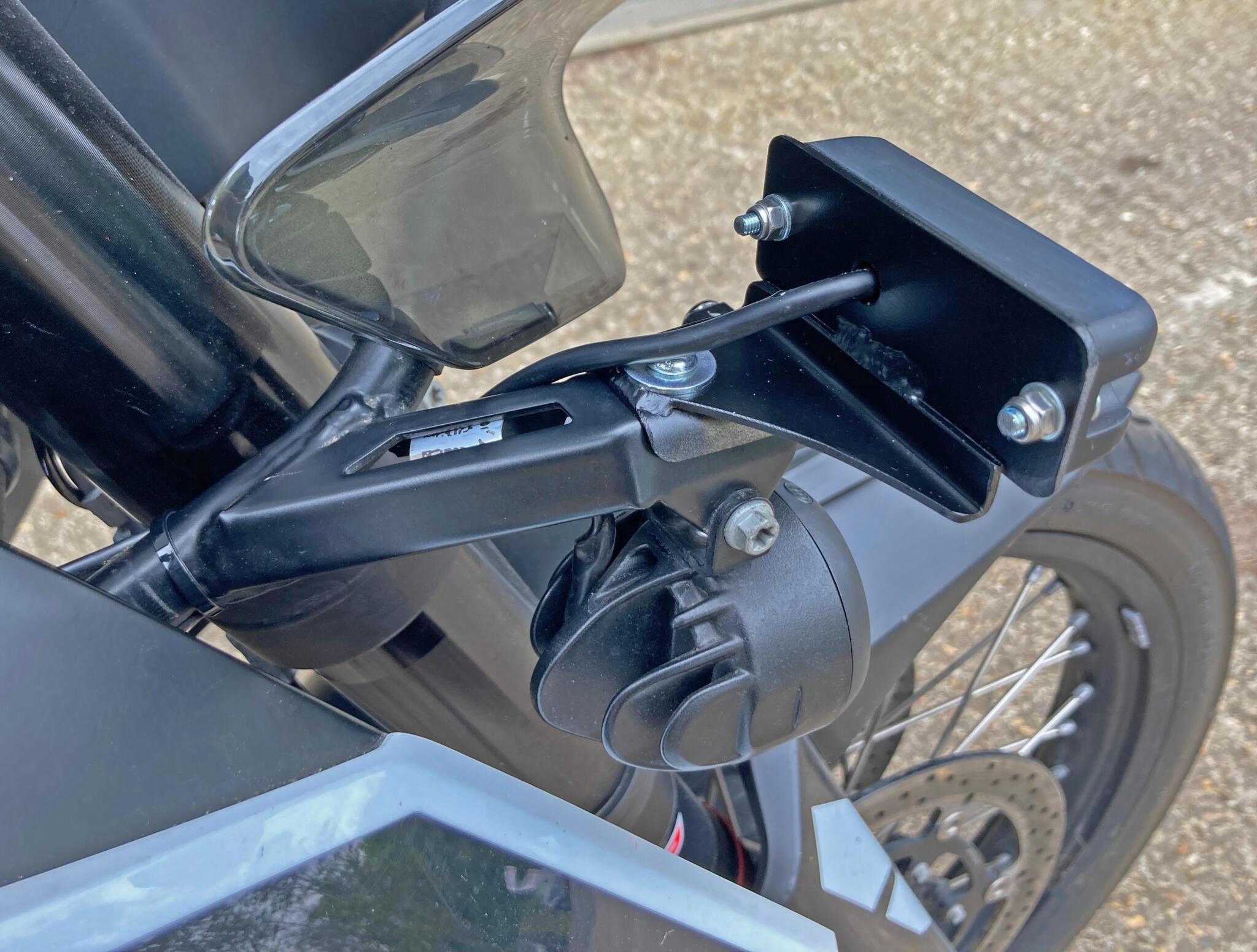 Simon is a repeat customer from a few years ago. Then he had a Kawasaki Versys 650 which he used to marshal cycle races. To that end, it needed some flashing LEDs that were independent of the indicators.

This time he needed the same thing on his new and very delicious KTM790. His idea was to have a setup as close as possible to something KTM might do.

We decided on a handlebar switch which turned the lights on and off, and lit a warning light in the ‘on’ position. We would also have a mode button to cycle through the various flash options.

Electrically the job is simple, especially as KTM have popped an accessory connection in the tail unit. The tricky bit is mounting the flashers and switch as neatly as possible. Fortunately I had the services of my old college buddy Simon Martin, who can make absolutely anything out of metal. I sent him a drawing and a bag of switches. He sent back a factory-level set of brackets and switch cluster.

The bike also has front and rear-facing cameras, and KTM accessory spotlights. Quite a trick setup. I had a quick zap round the Marina, just to confirm everything was working, you understand. What a handy motorcycle. 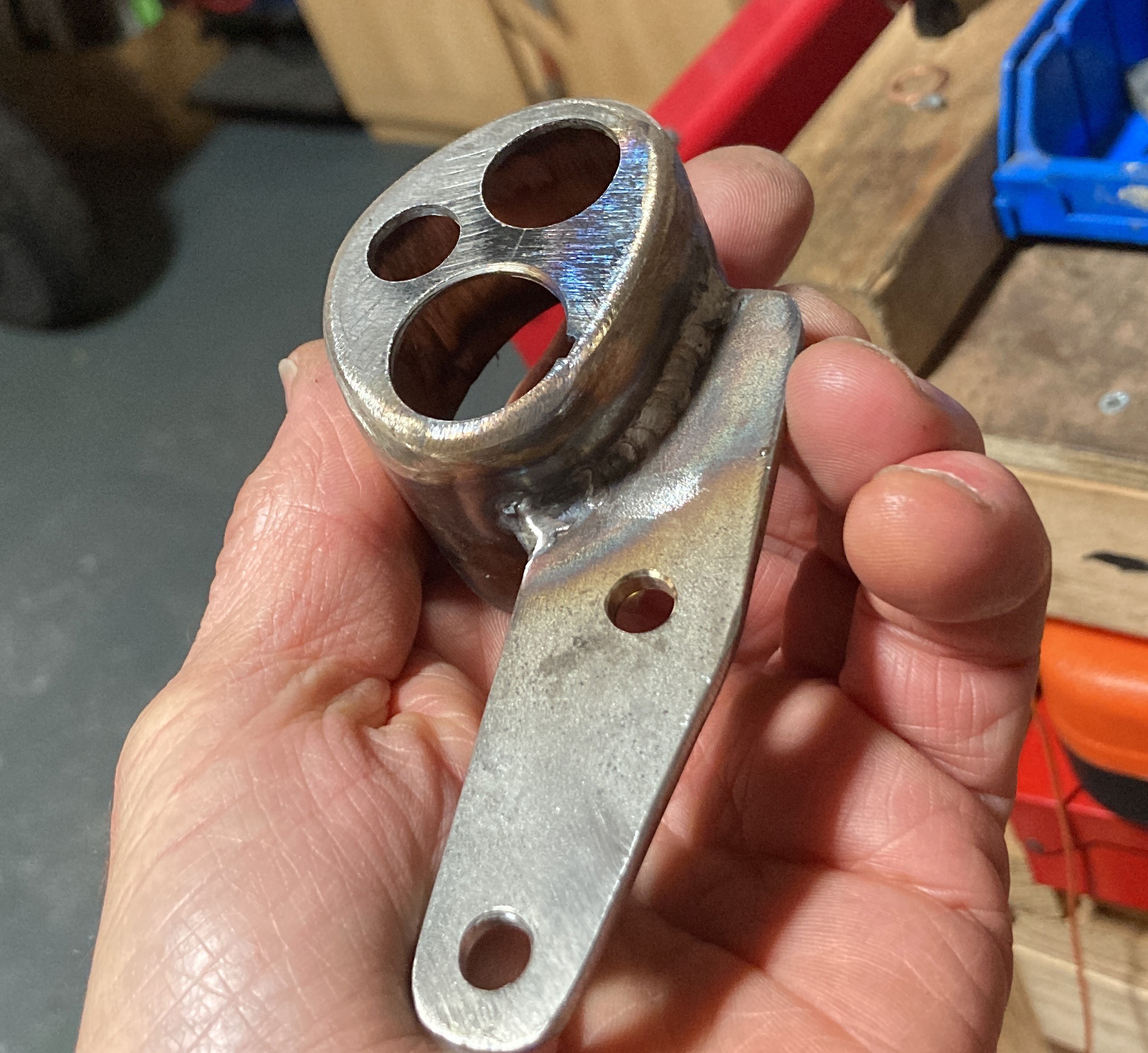 We needed a switch cluster to take the on/off, mode and telltale. Simon made this… 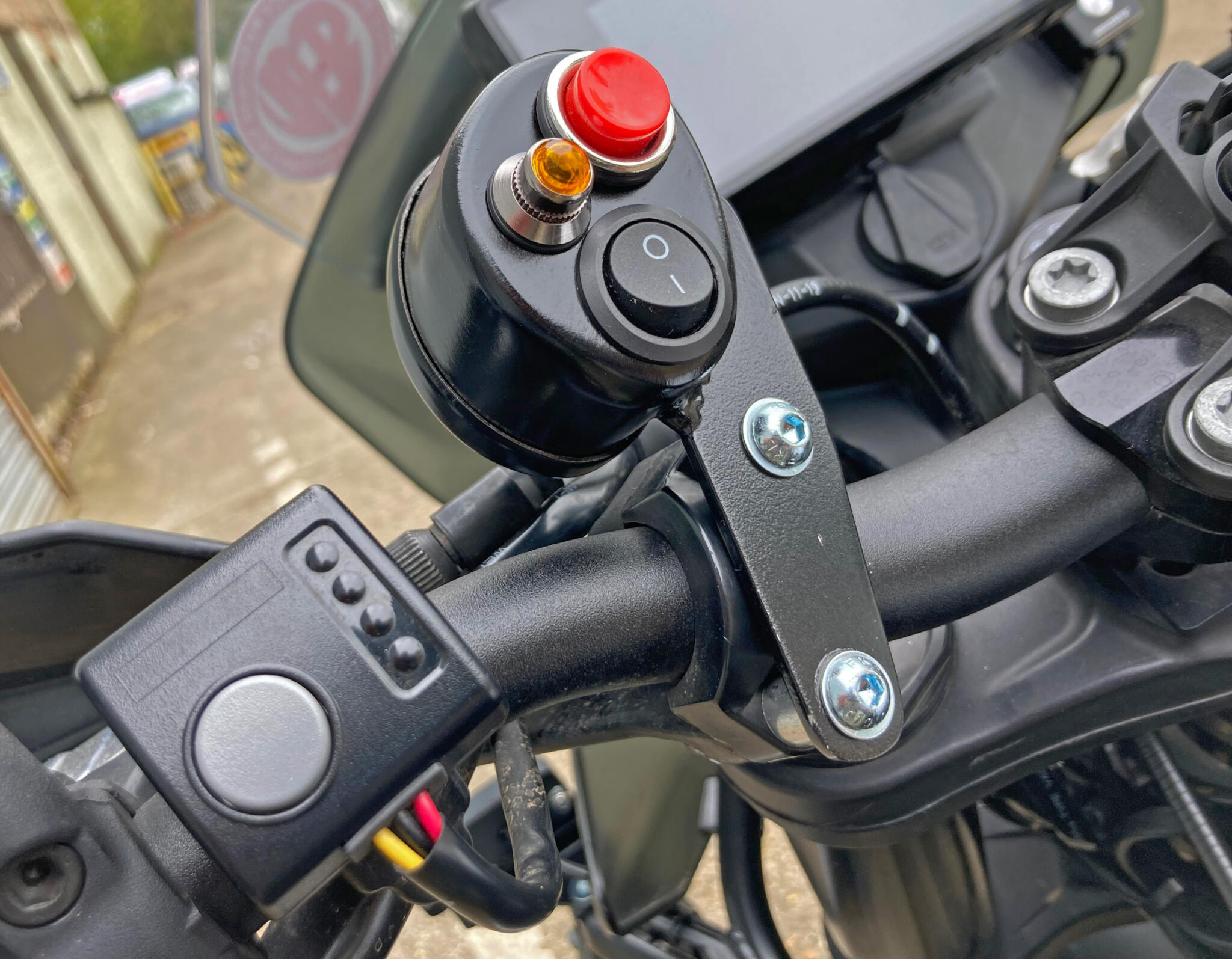 … which ended up looking like this. The switch to the left works the camera 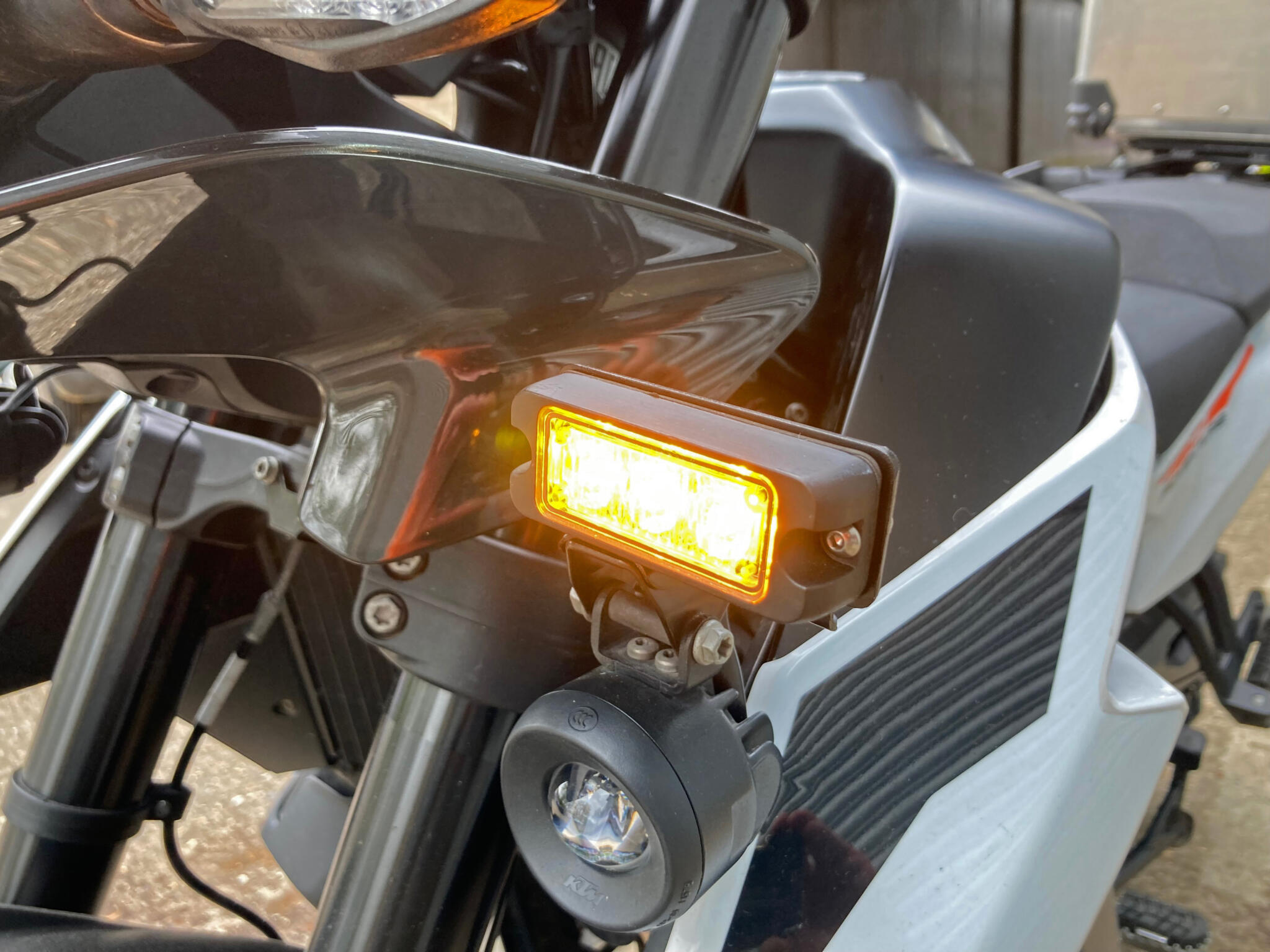 The result is very bright 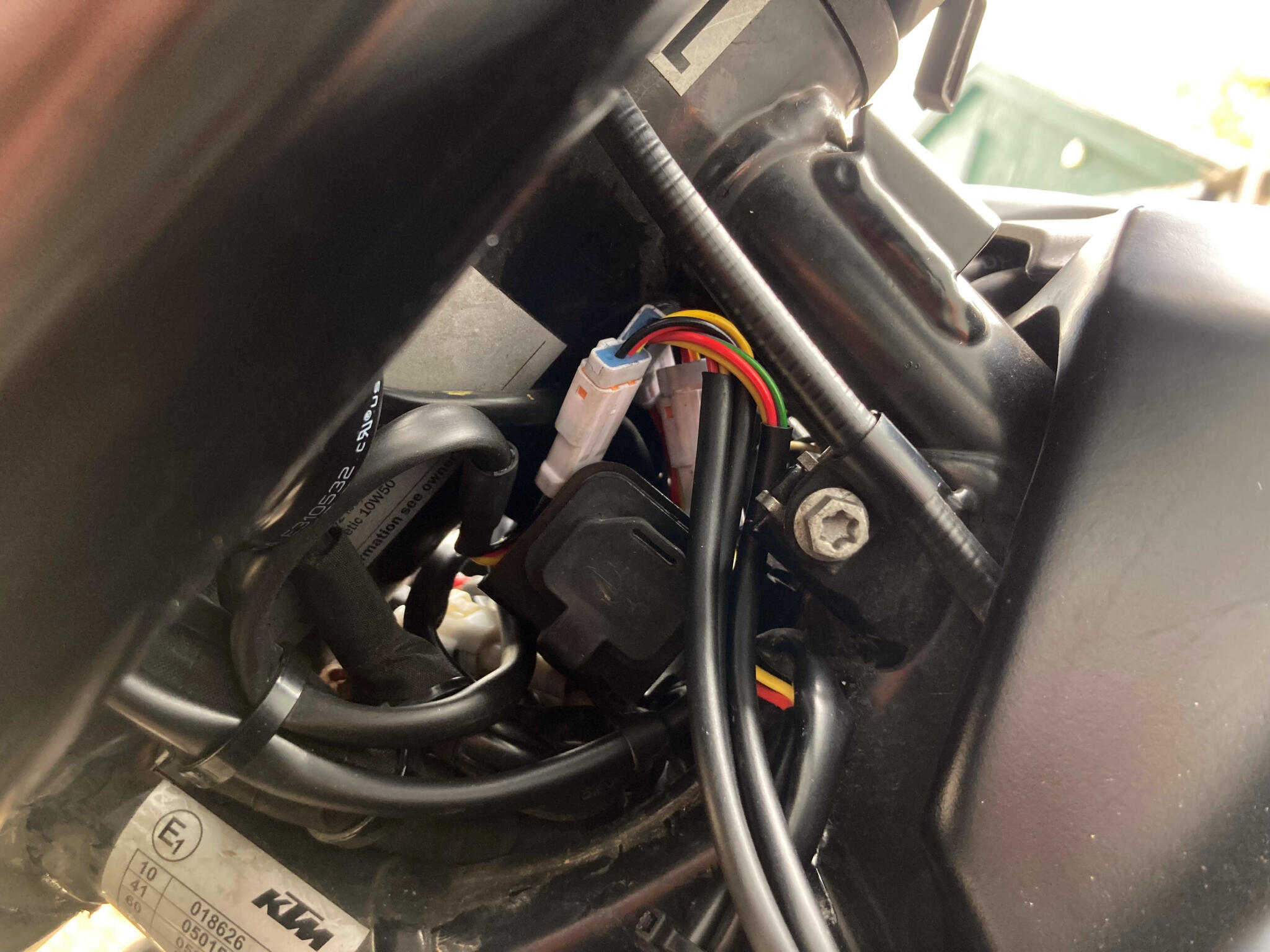 The front lights and switch used these tiny JST connectors, tucked behind the headstock