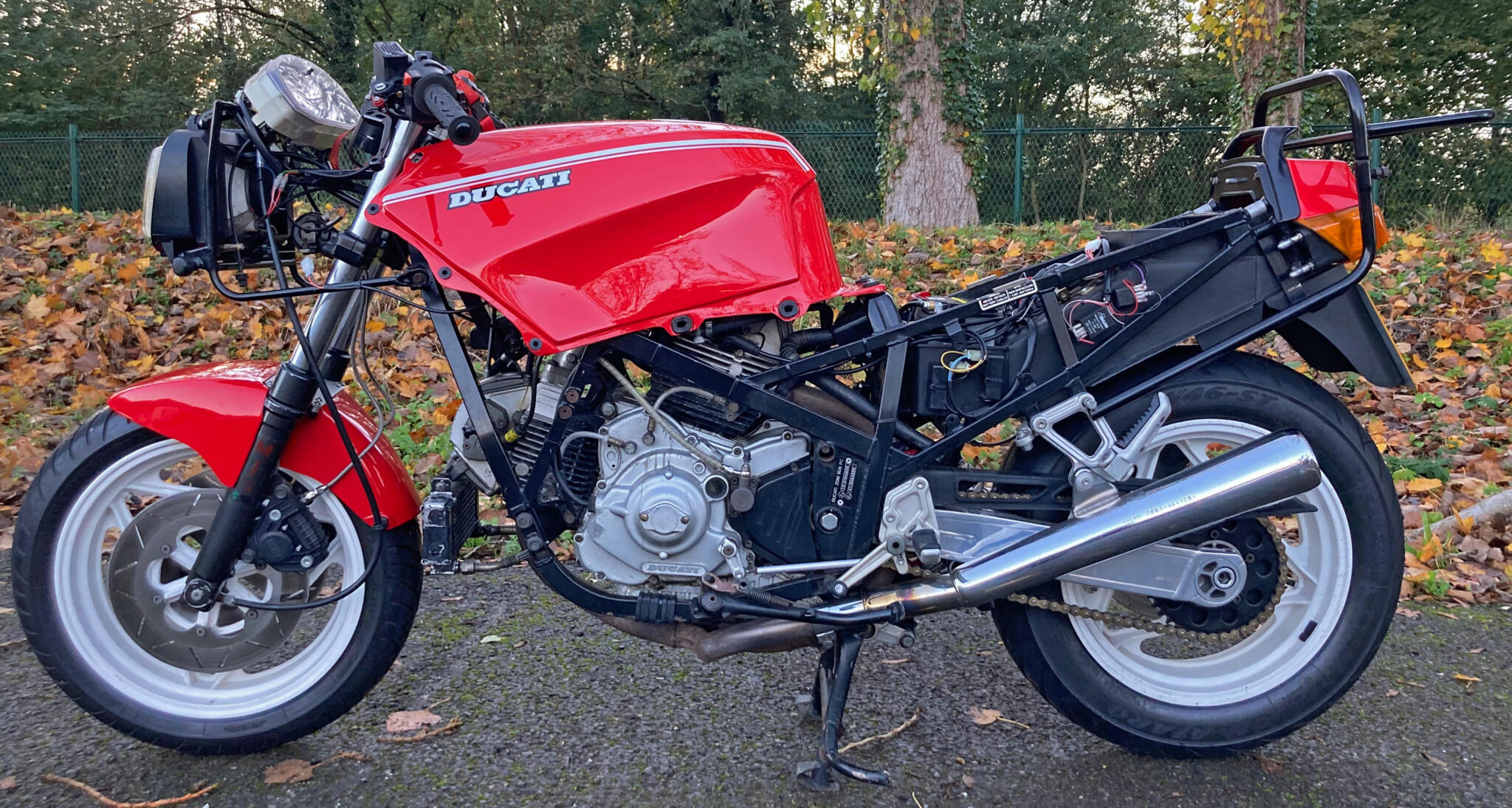 Ian had removed the bodywork to be helpful 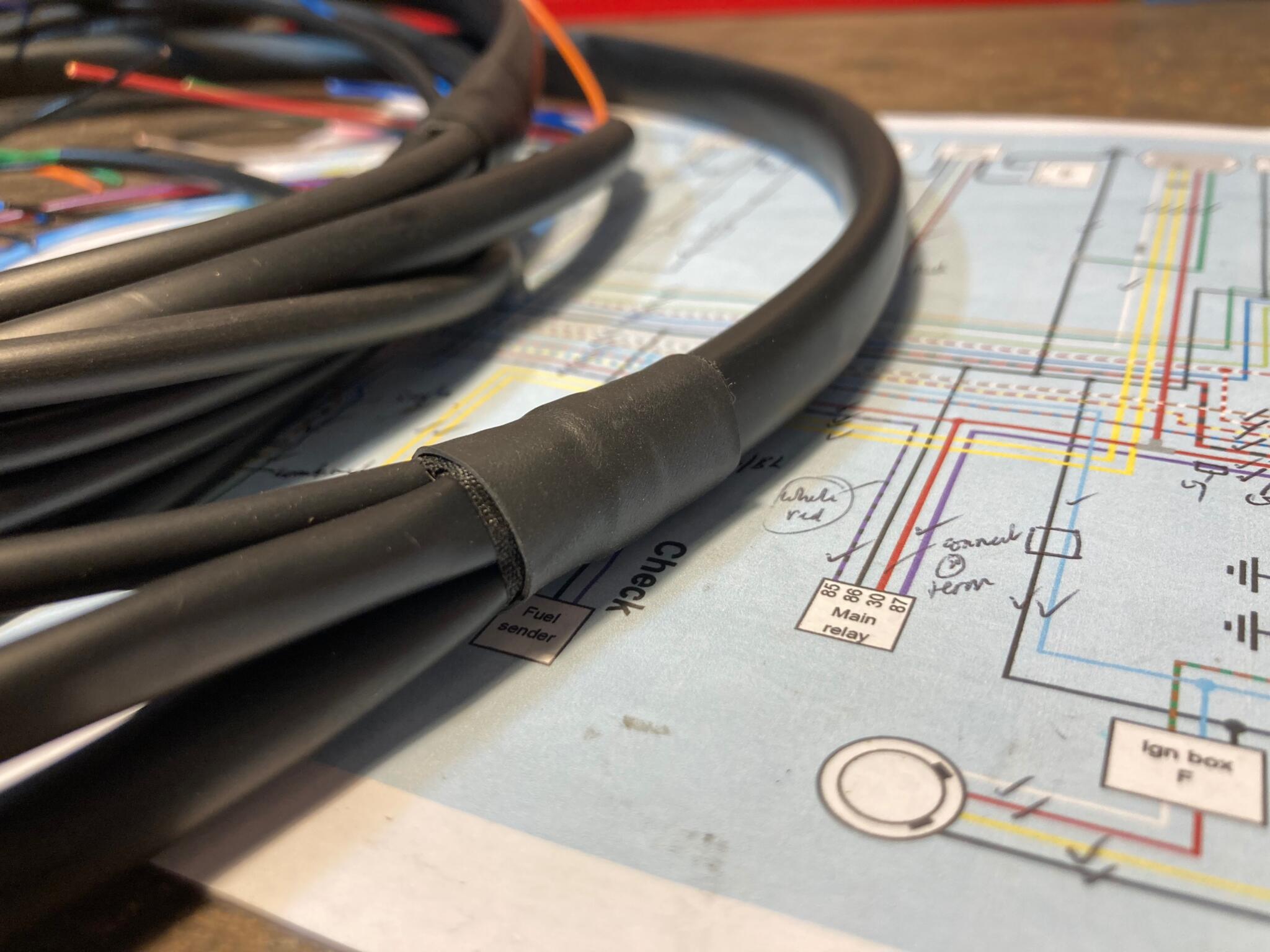 I built this loom with PVC sleeve. The joints are taped with Certoplast then heat shrunk to prevent unravelling. Not that Certoplast unravels 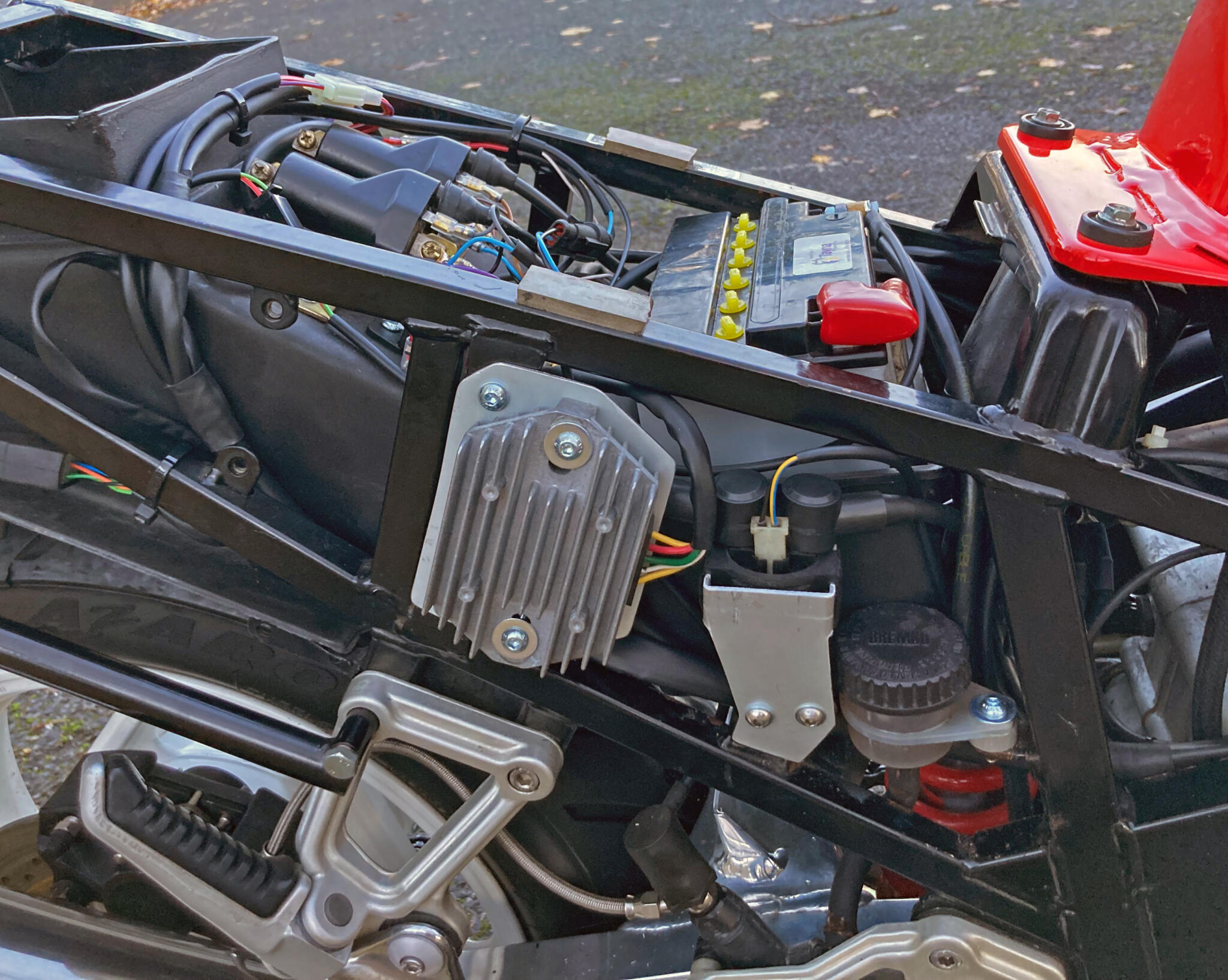 New brackets for the RR51 regulator rectifier and solenoid 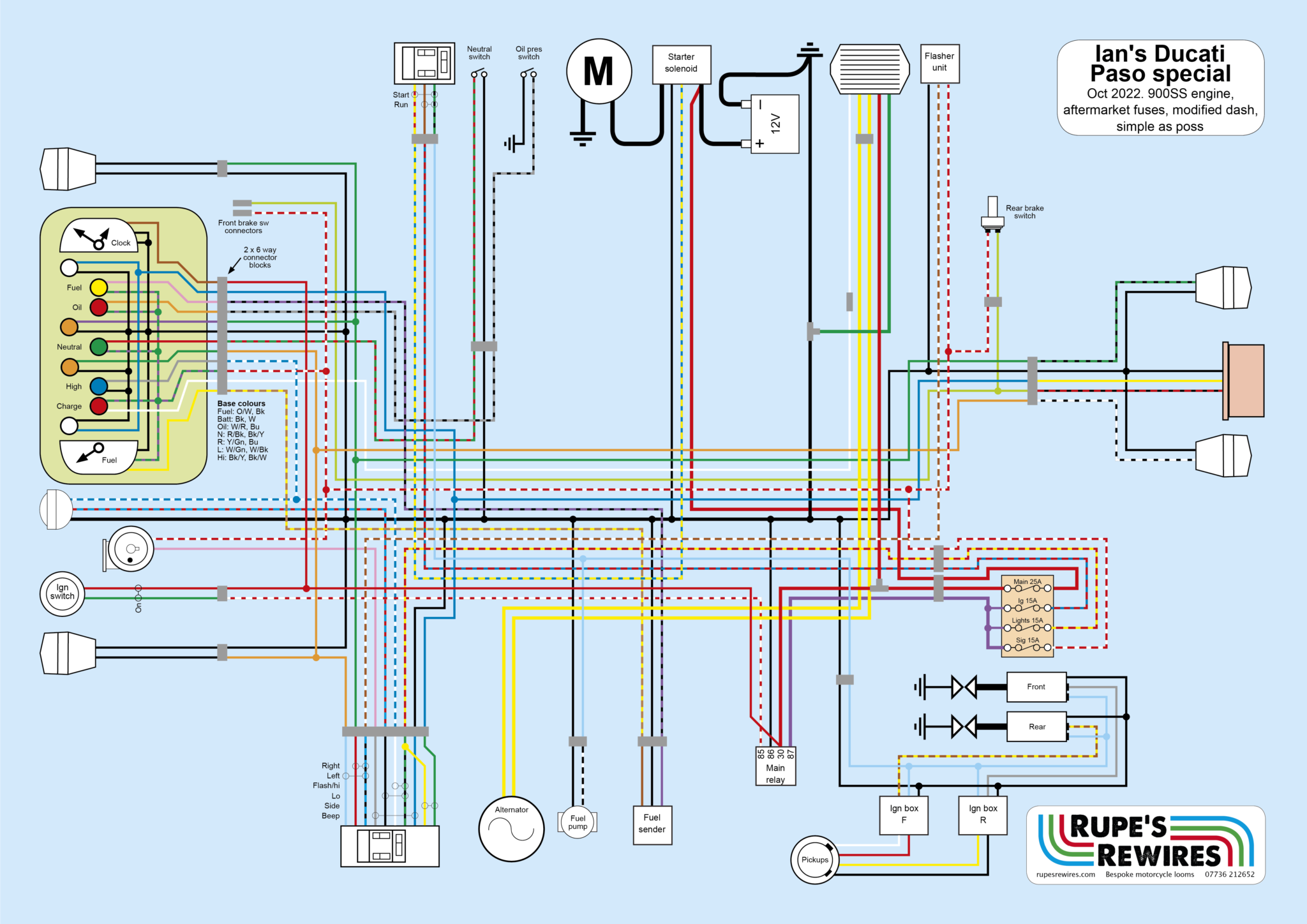 Any Ducati nerd will tell you this is a 1989 906 Paso, but after a blowup owner Ian gave it a different engine, from a 900SS. And therein lay the problem, because a 900SS wiring loom doesn’t fit a Paso chassis. Ian had muddled along for many a year with various lash-up solutions, but eventually they started causing major headaches.

The Paso’s main electrical claim to fame is its dash which uses a printed circuit board to supply (deep breath) seven warning lights, two backlights, gauges for fuel and temperature, and a clock.

The PCB was fairly knackered so I used secondhand Honda warning lights in rubber holders to fit into the holes, and built them into a sub loom. The gauges and clock used ring terminals which still worked fine. This was a big improvement on the existing setup, where almost nothing on the dash worked. You can still get (on eBay) the little M4 anti-vibration bobbins the dash sits on.

The rest of the bike was straightforward enough, once I’d found homes for the reg rec, solenoid, fuse box, flasher unit and main relay. I had planned to rewire the ignition switch using heavy duty cable but it’s held with anti-tamper screws so it was easier to keep the existing wires and run far lower current through them to switch on a relay near the fuse box. It’s a good way to safely extend the life of an ignition switch that’s stuck with old, tarnished wires.

Ian brought the fairing panels along with the front indicators to check fit and connections, and went home pleased as punch. As he said: “I just want to ride it for the next 30 years.” 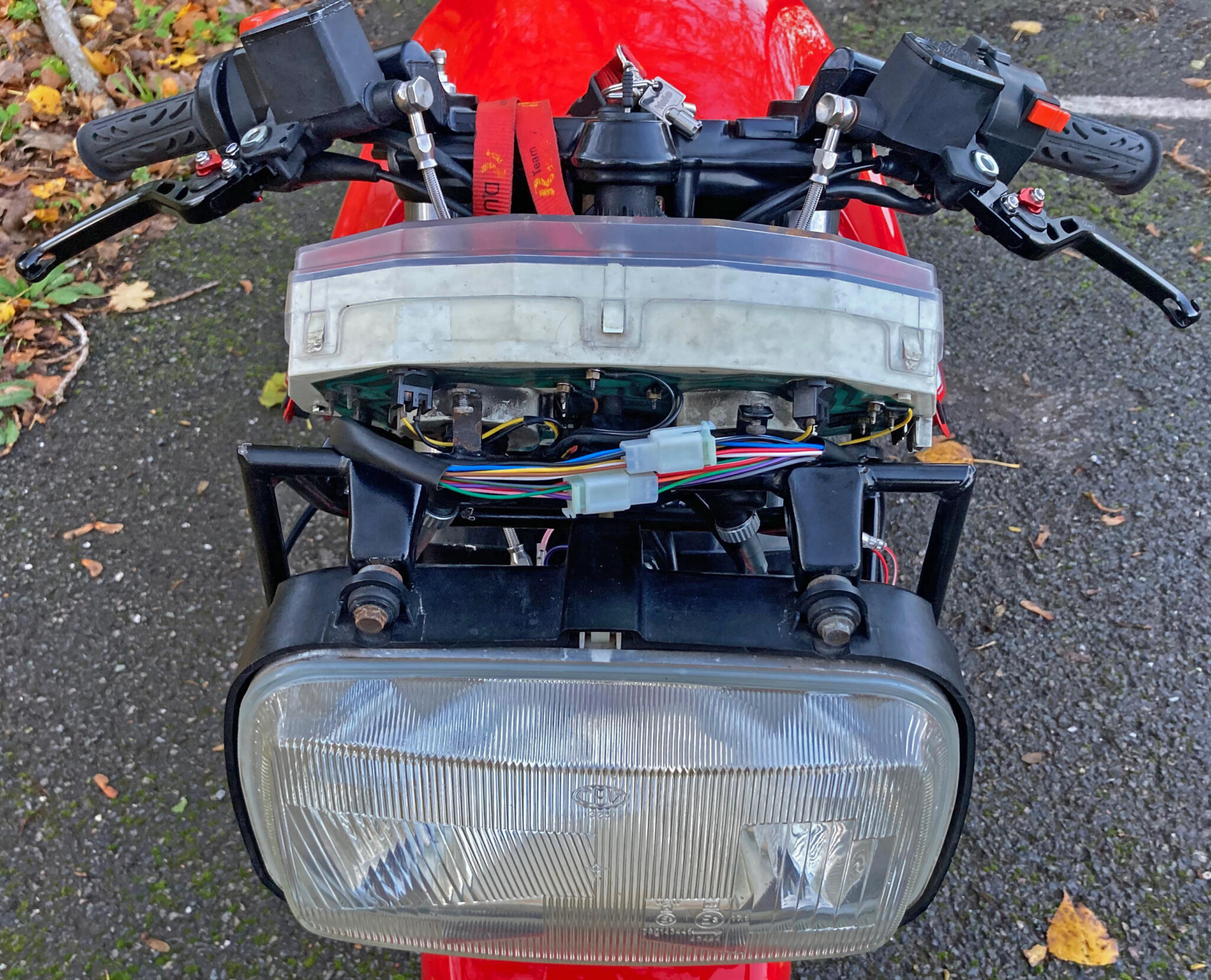 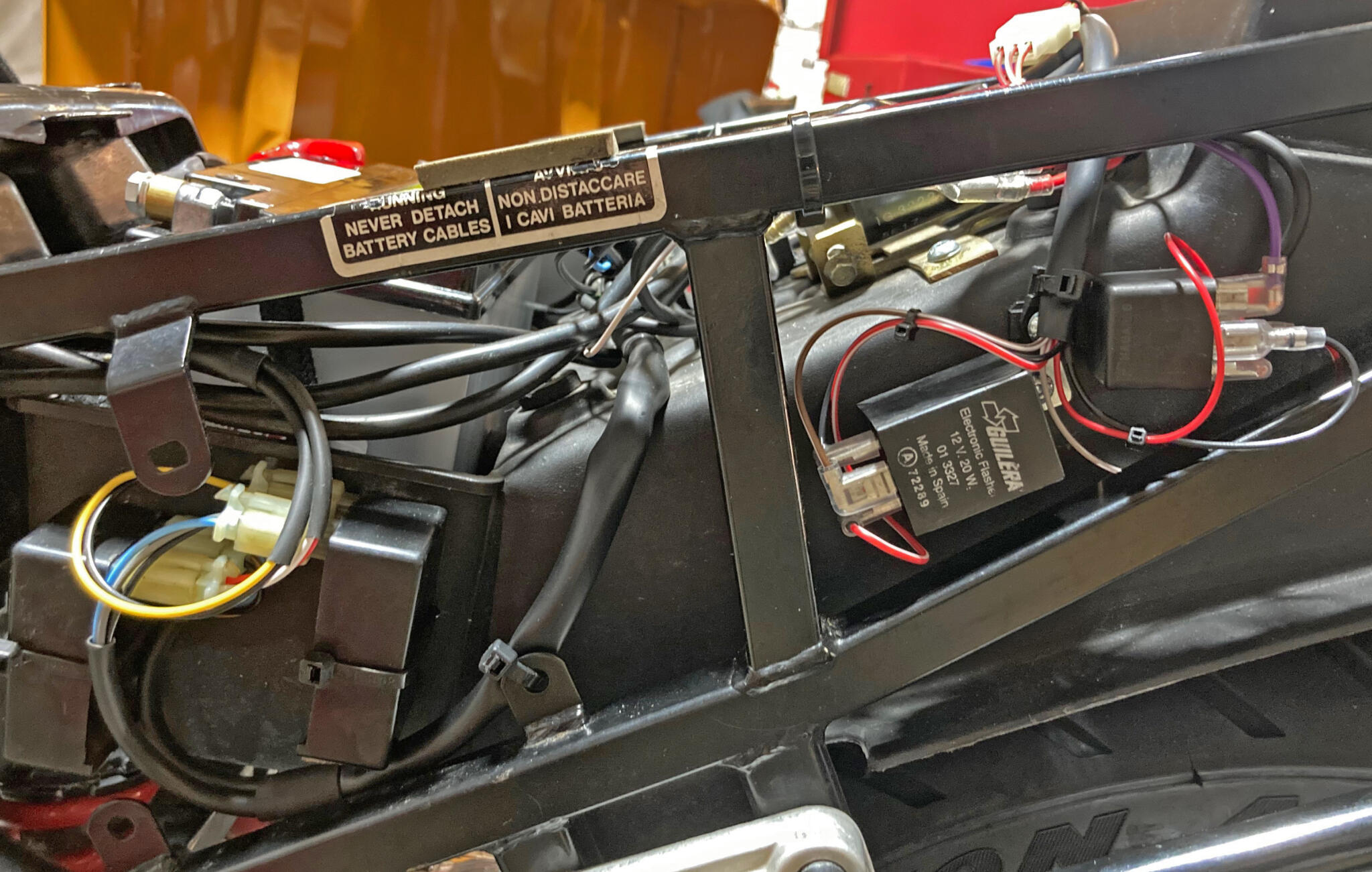 Ignition boxes left, flasher and main relay right. The old ignition switch turns on the main relay to fire up the fuse box 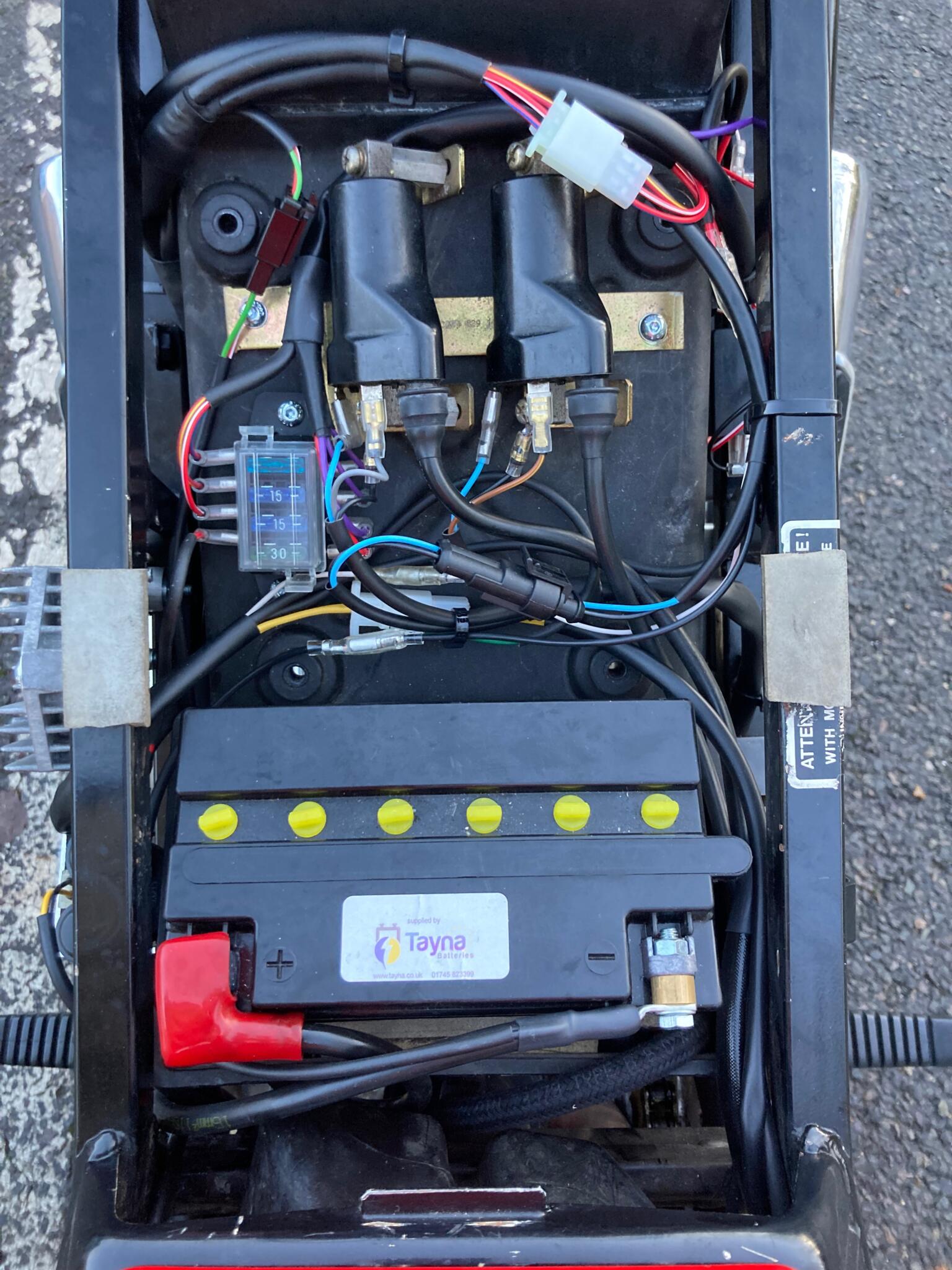