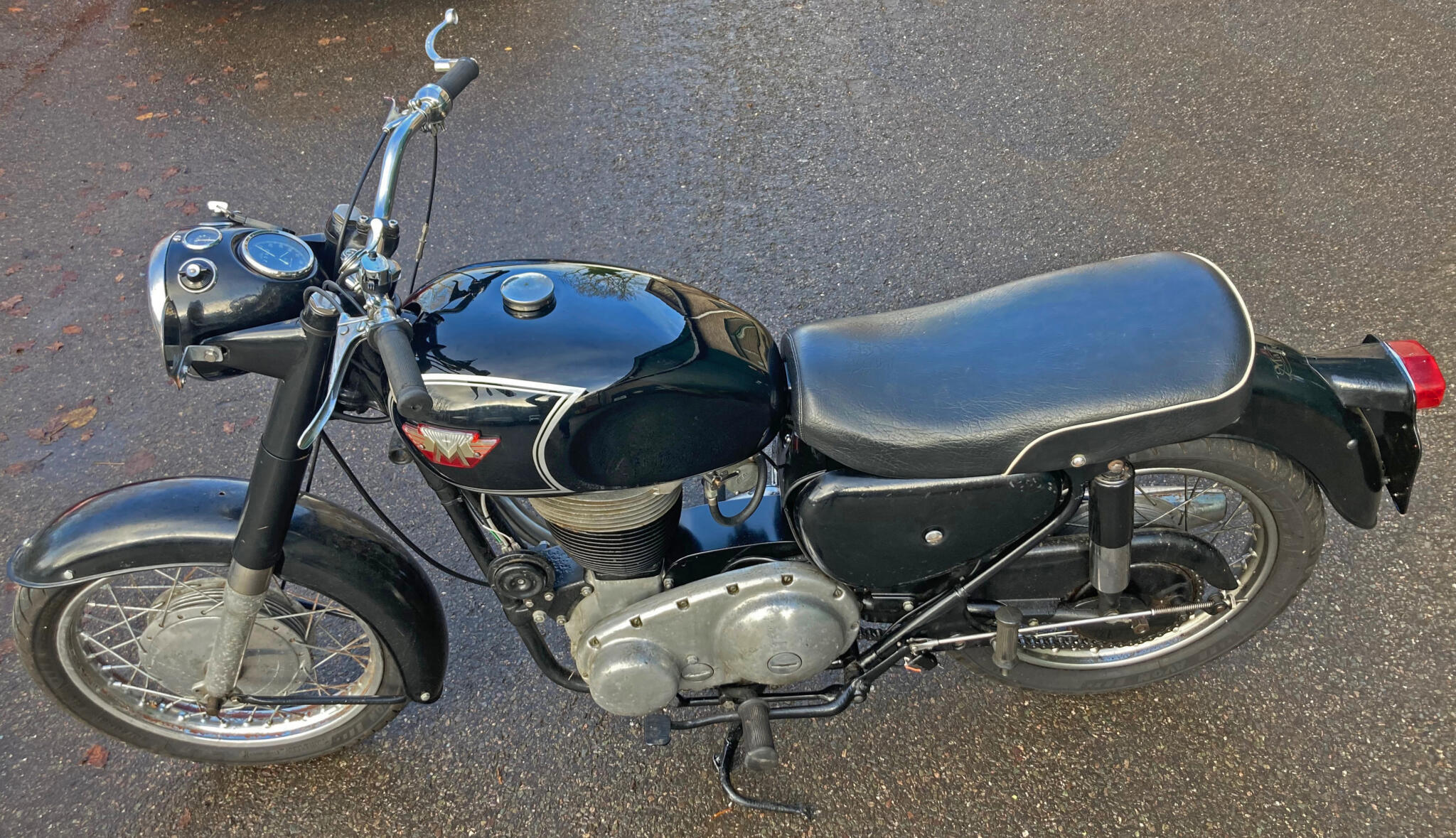 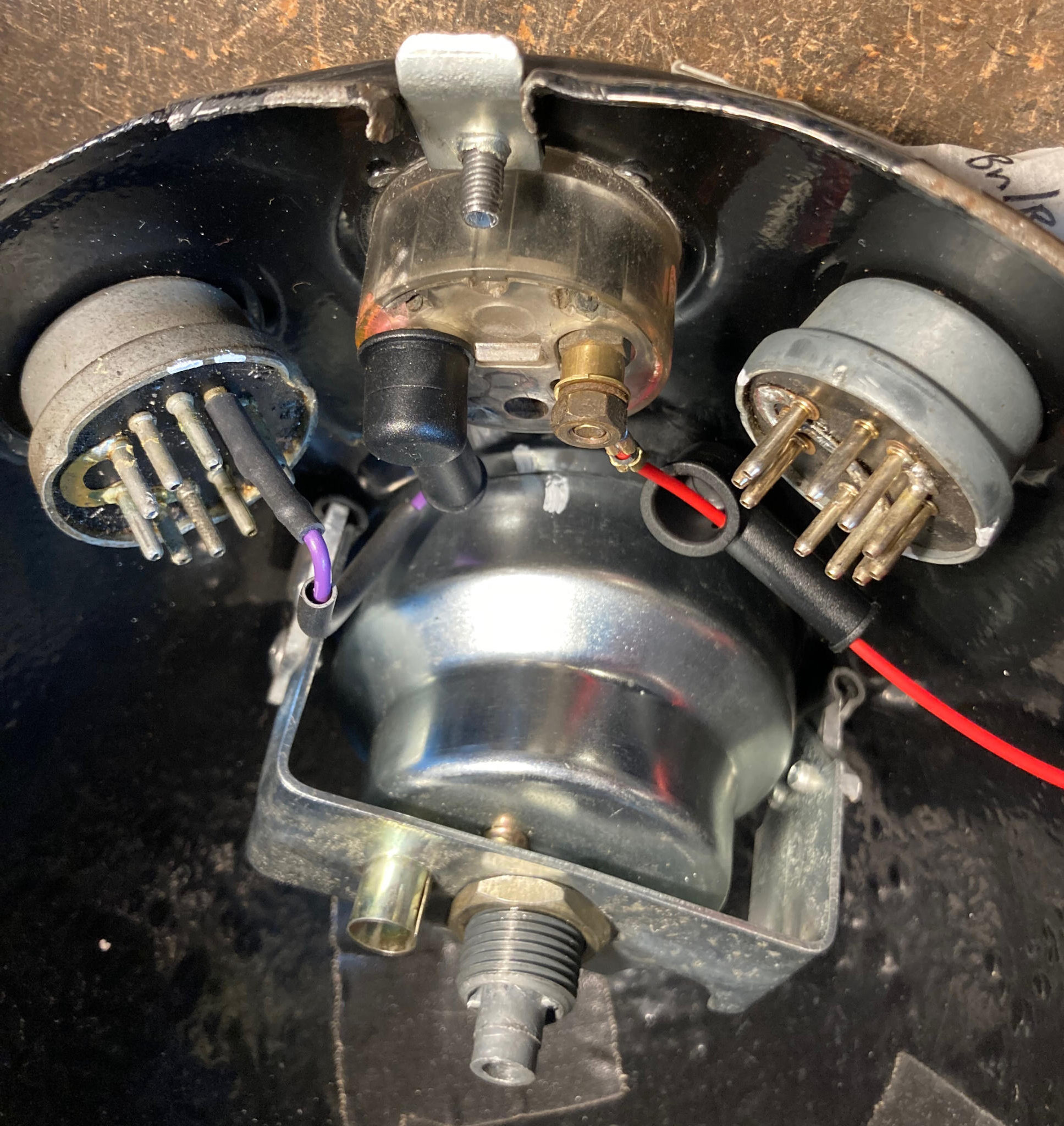 Live wires in the headlamp are never a good idea. To insulate the ammeter contacts (red and purple wires), make brass spacers to raise the wires off the back of the ammeter body, and use new insulators 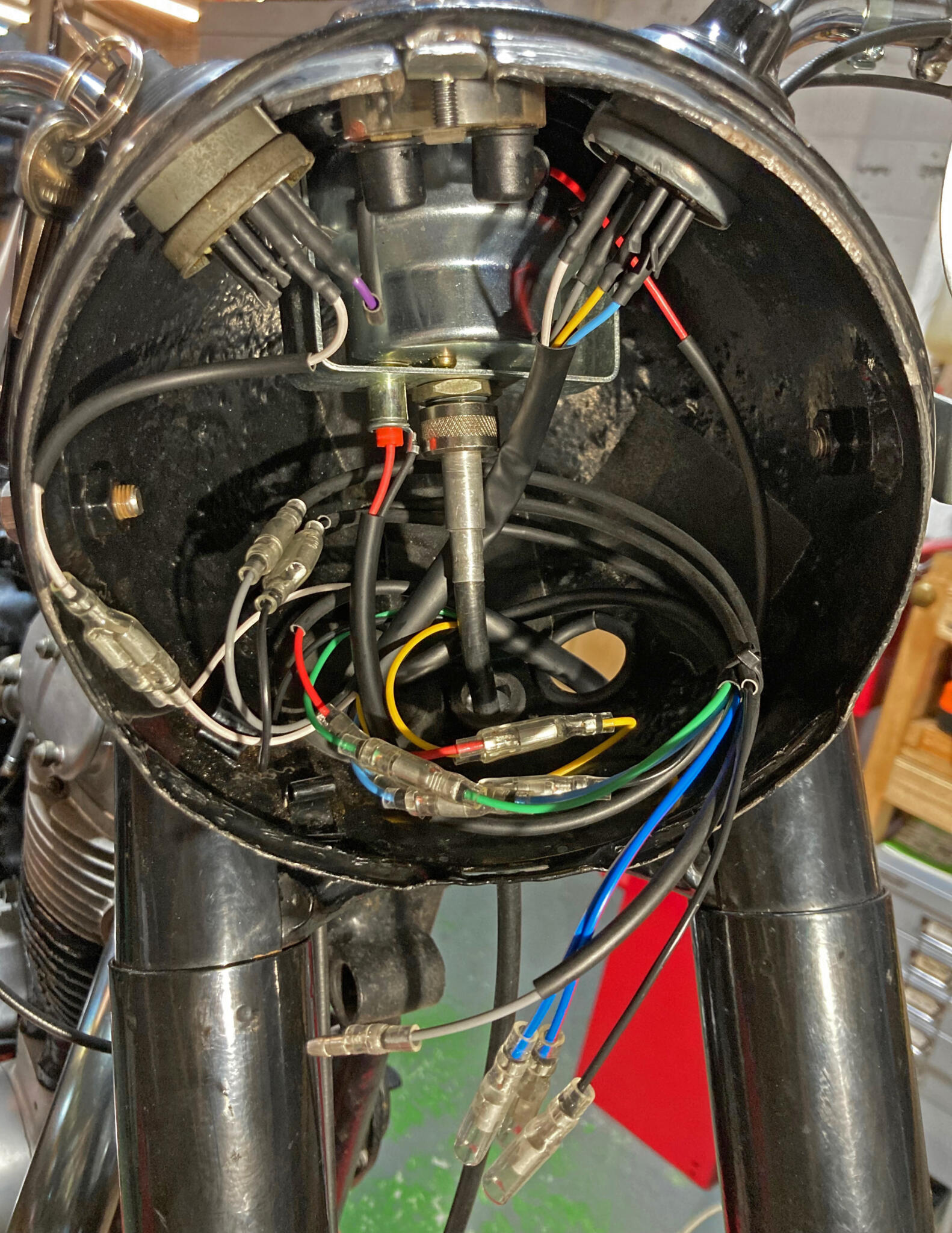 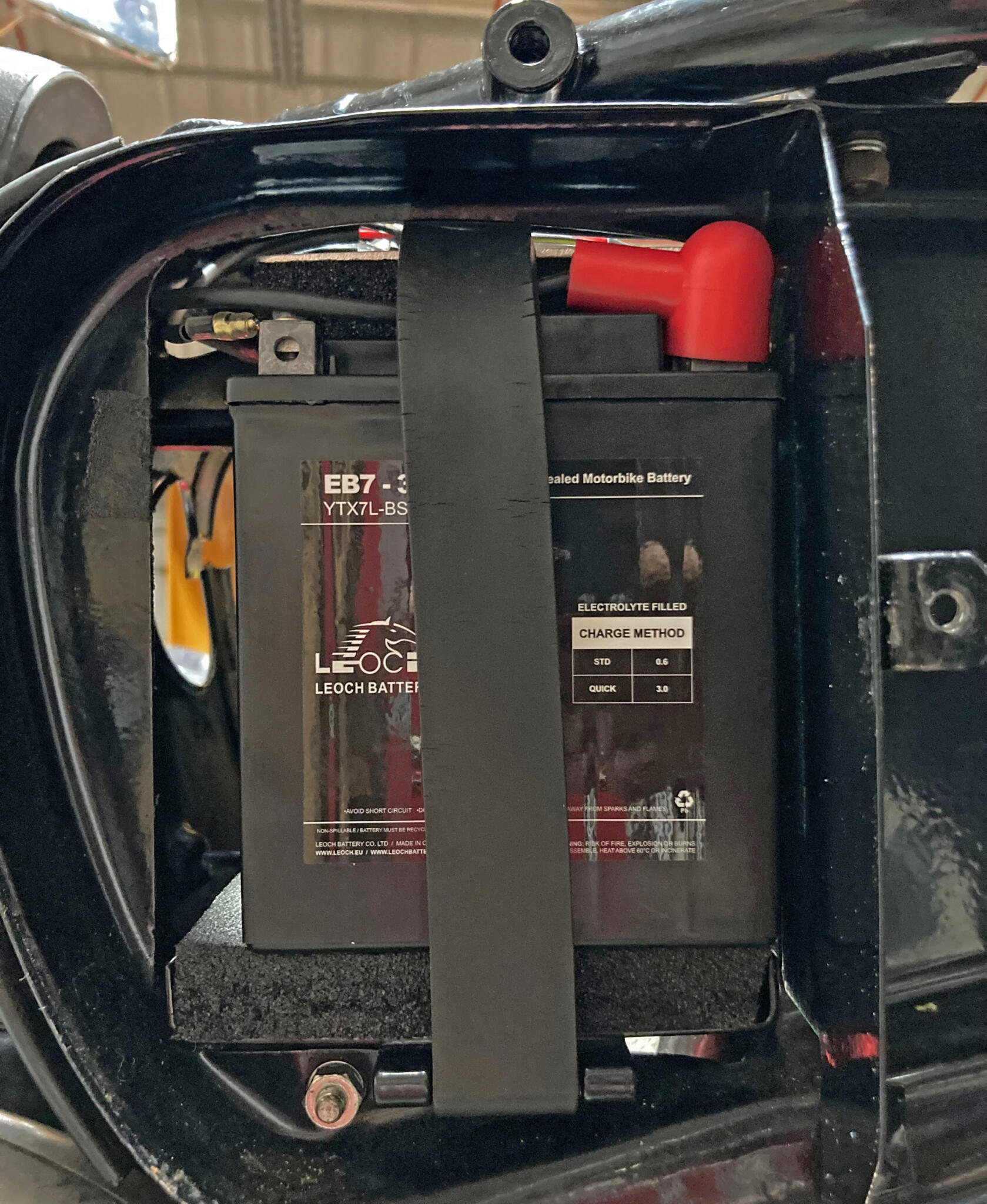 Modern batteries are always smaller than the originals. Take lots of time to work out the best way to pack the battery so its retaining strap still works. And so you can get an insulator on the live terminal

Ian had brought the bike along in summer for a quick ‘n’ dirty repair to get the charging system working again. It turned out to be pretty simple: the regulator rectifier had expired. But there was lots more to sort out so he booked it in for a full rewire.

I love doing old Brits because they always arrive with ample room for improvement. Most of that is taking time to install the various bits of gubbins more carefully than the previous ten owners did. Generally this means:

1. Make spacers for the ammeter so you can fit insulators on the terminals.

2. Fit the battery properly, so you can put insulators on the terminals.

3. Ditch the ‘switched charging coil’ complication of the original loom (you don’t need it any more when you fit a regulator rectifier).

All that lot, plus the electrical luxury of new wires throughout, always results in brighter lights, happier ignition and better charging.

Except in this case. With just the ignition on, the battery voltage cropped at 14.5 volts as it should. With the tail and parking light on, that dropped to about 13 volts. With the full headlight it fell to 12.5 volts.

Clearly the charging coils work, so I suspect the alternator rotor has lost its magnetism. That’s a strictly mechanical job which Ian was happy to take on.

The bike arrived as a positive earth motorcycle, and went back as a negative earth one. No special reason. It’s just that most stuff I build is neg earth, so being a bear of little brain I don’t want to give myself extra mental turmoil. 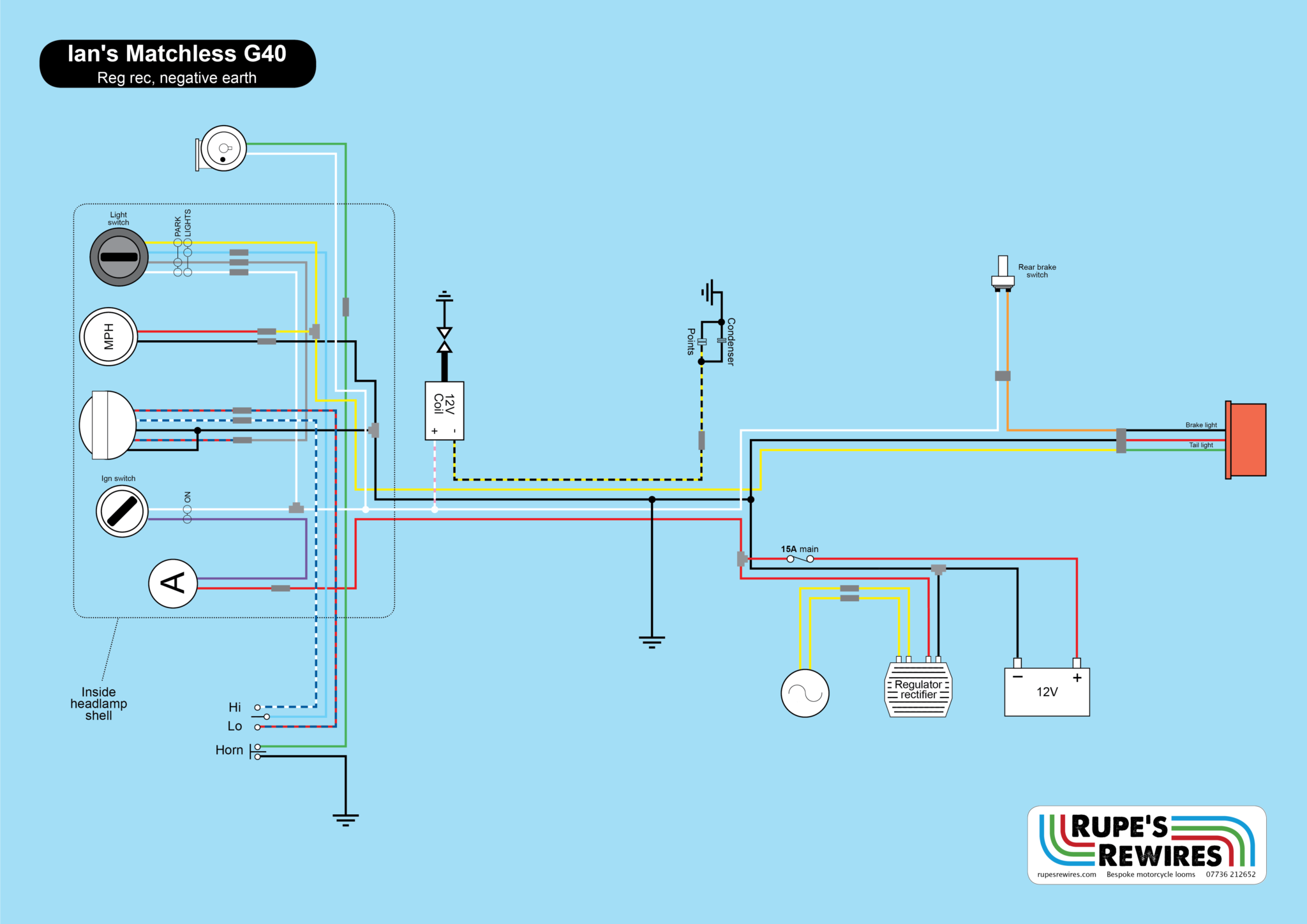 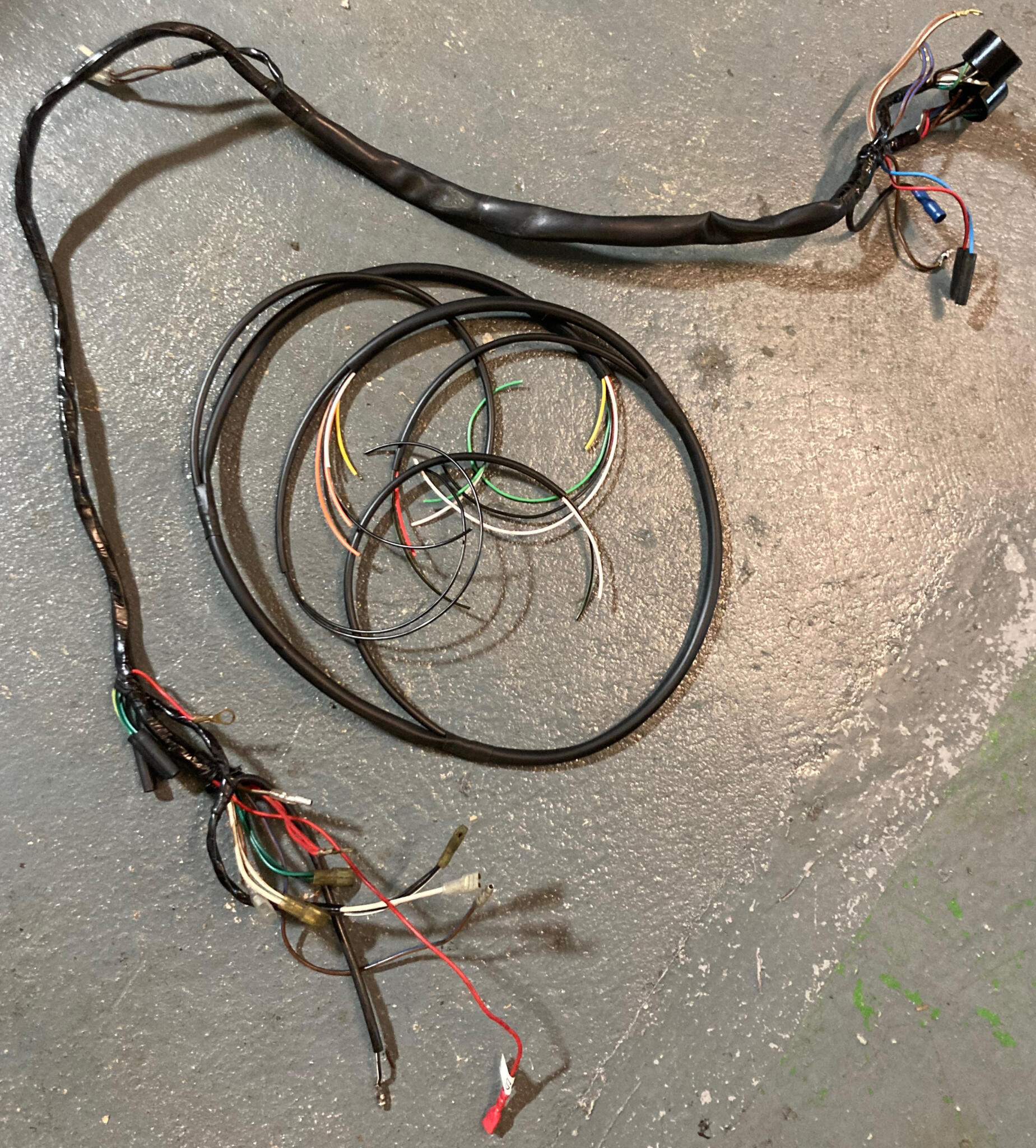 The original pattern loom (minus its rat’s nest of add-ons), with the Rupe’s rewires one in the middle. 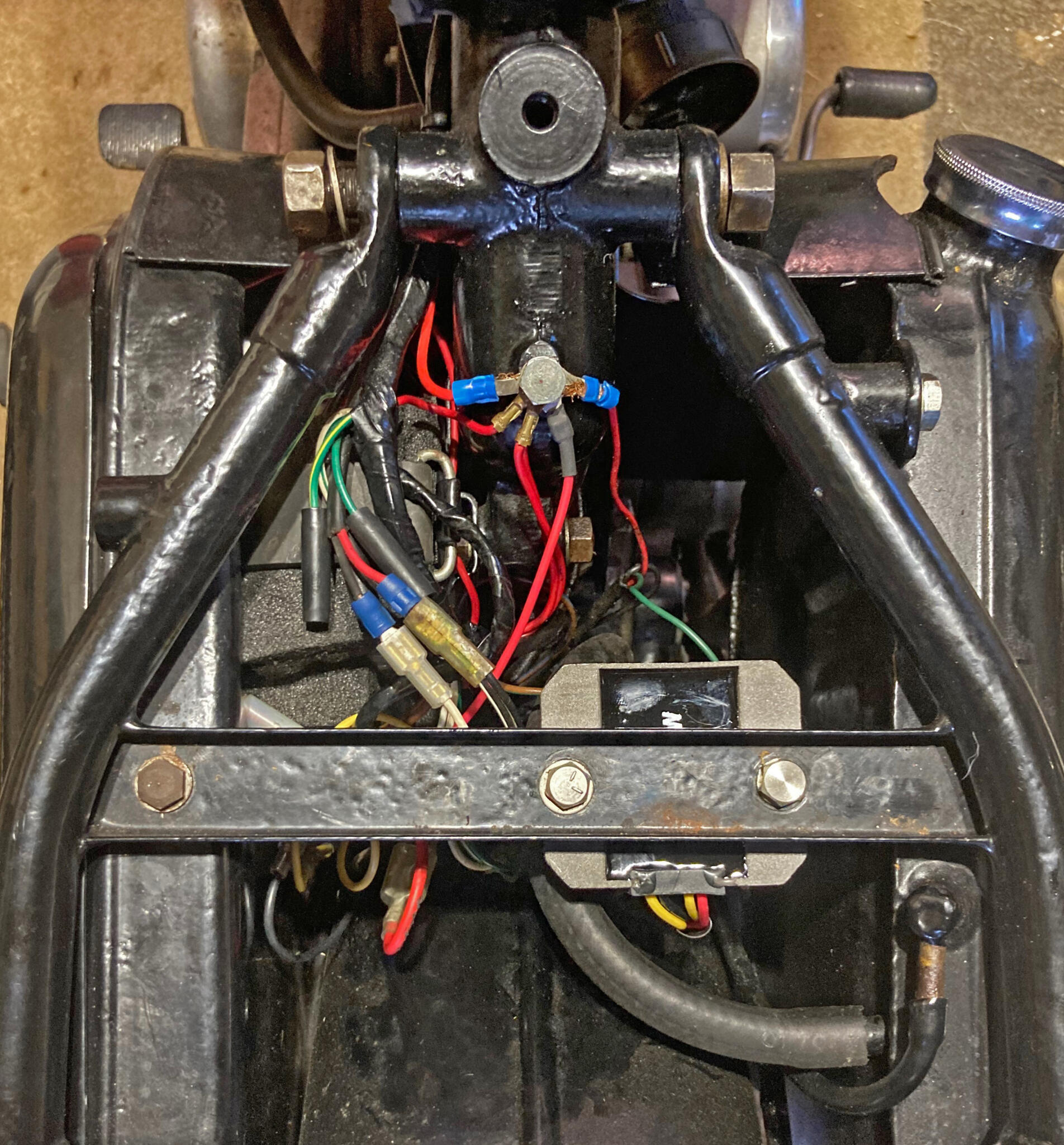 The loom after a quick tidy up in the summer. Still a bit messy and fragile… 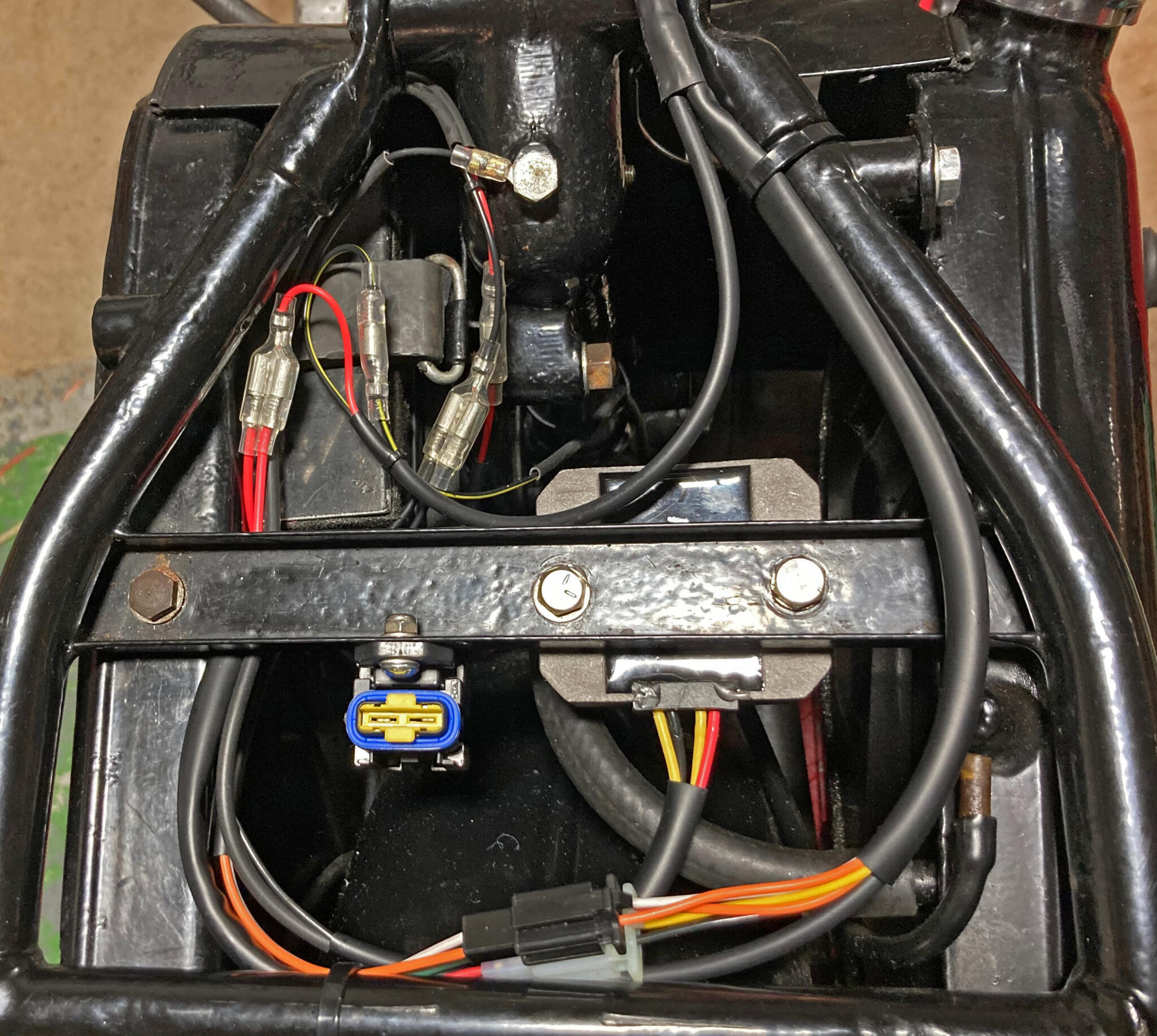 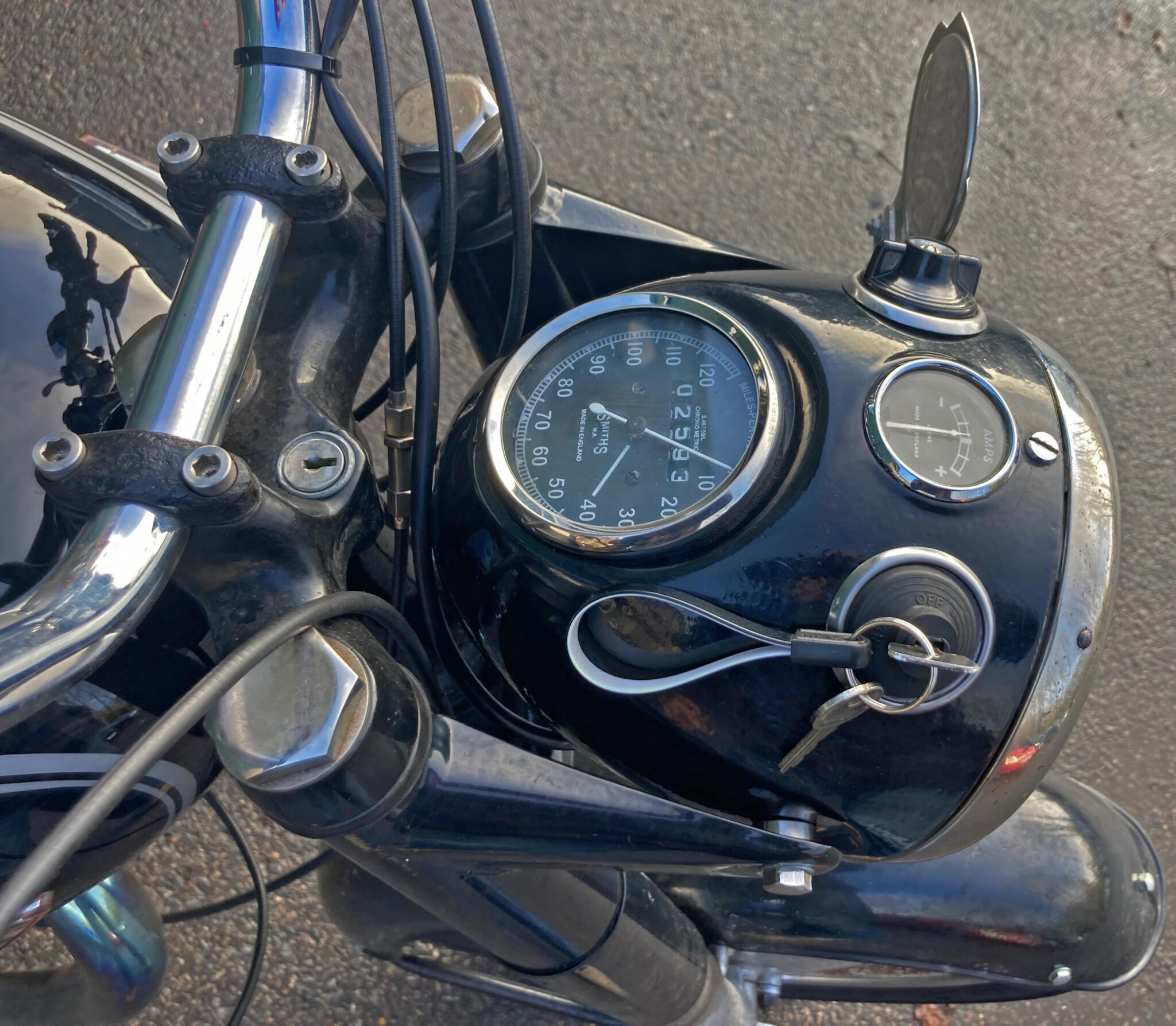 Lovely old speedo. Extensive work on the clamping bracket should stop it rotating in the headlamp shell