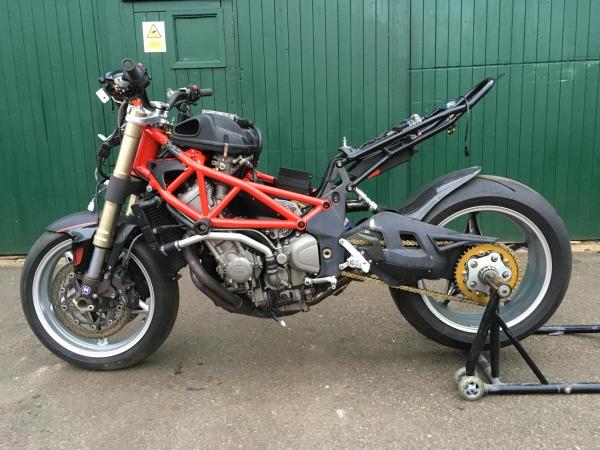 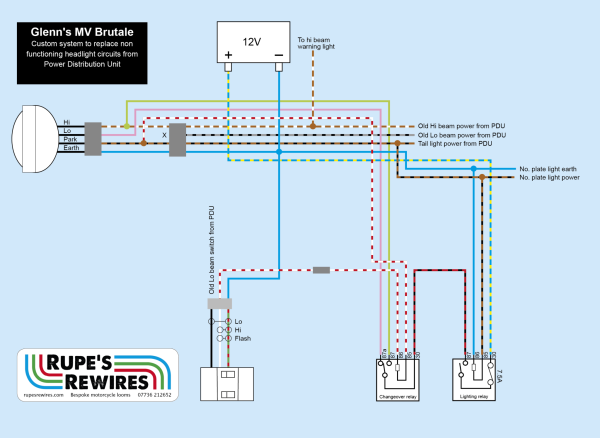 As well as his Yamaha R1 (see a couple of posts back) Glenn brought along his MV, which he was building up from a stolen and recovered mess. It’s a beautiful machine and the riding position offers the Streetfighter feel he likes. But the headlight wasn’t working, and nothing he did made any difference. Could it be fixed?

As you’d expect with MV, the wiring diagram in the factory manual is about the size of a matchbox. But after eating several carrots I discovered the Brutale doesn’t organise its electrons like other machines. Instead it has a black box with inputs from the switches, and outputs to the lights and ECU. In this respect it is like the aftermarket Motogadget M Unit. Example: you press the horn button, which earths the horn signal wire, and that tells the black box to send current down the wire that actually beeps the horn. Cars often have this system. But on the MV the headlight part had failed.

The ideal solution was to replace the black box, which would be very expensive. Instead, I adapted the headlight signalling switch to work a changeover relay, which then gave us high/low beam. Current from the signal circuit worked another relay which fired the lights up when ignition switch goes on.

For now the MV works as it should, but if another bit of the black box fails we’re going to run out of space to put the relays… 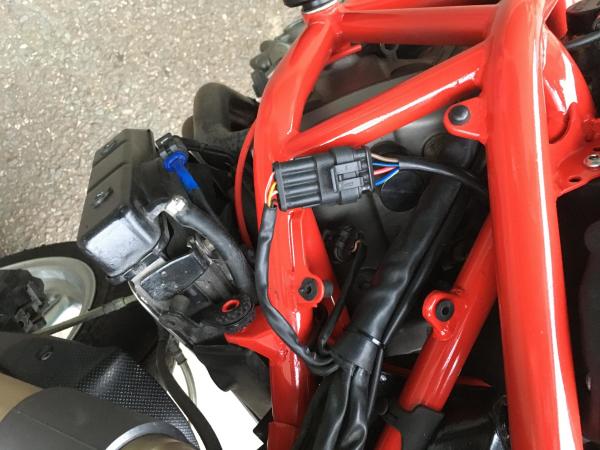 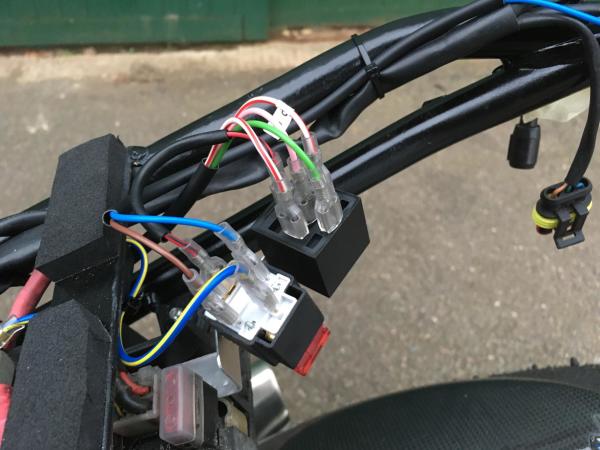 The relay array lives under the seat cowl. All this to make a headlight work!