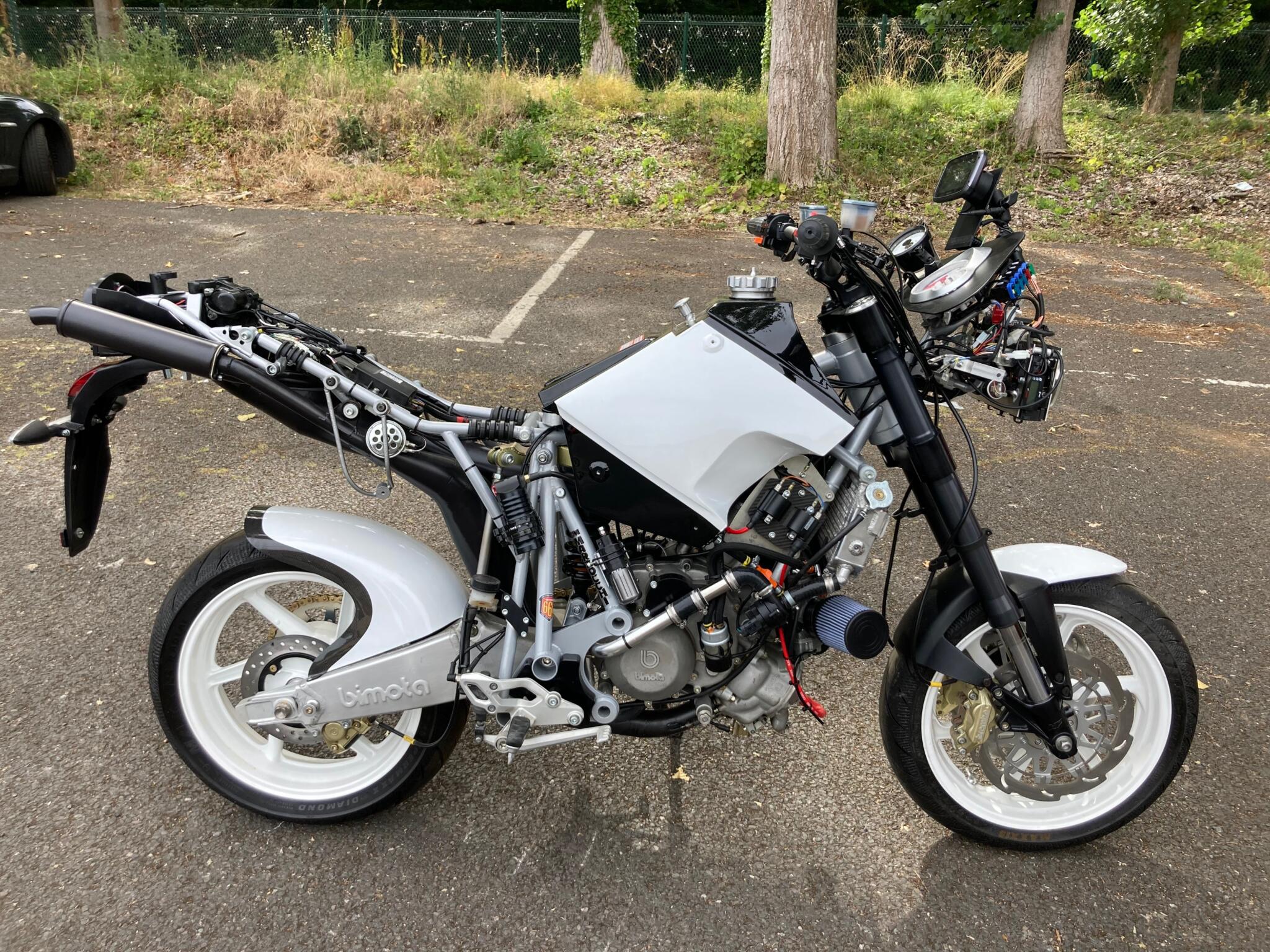 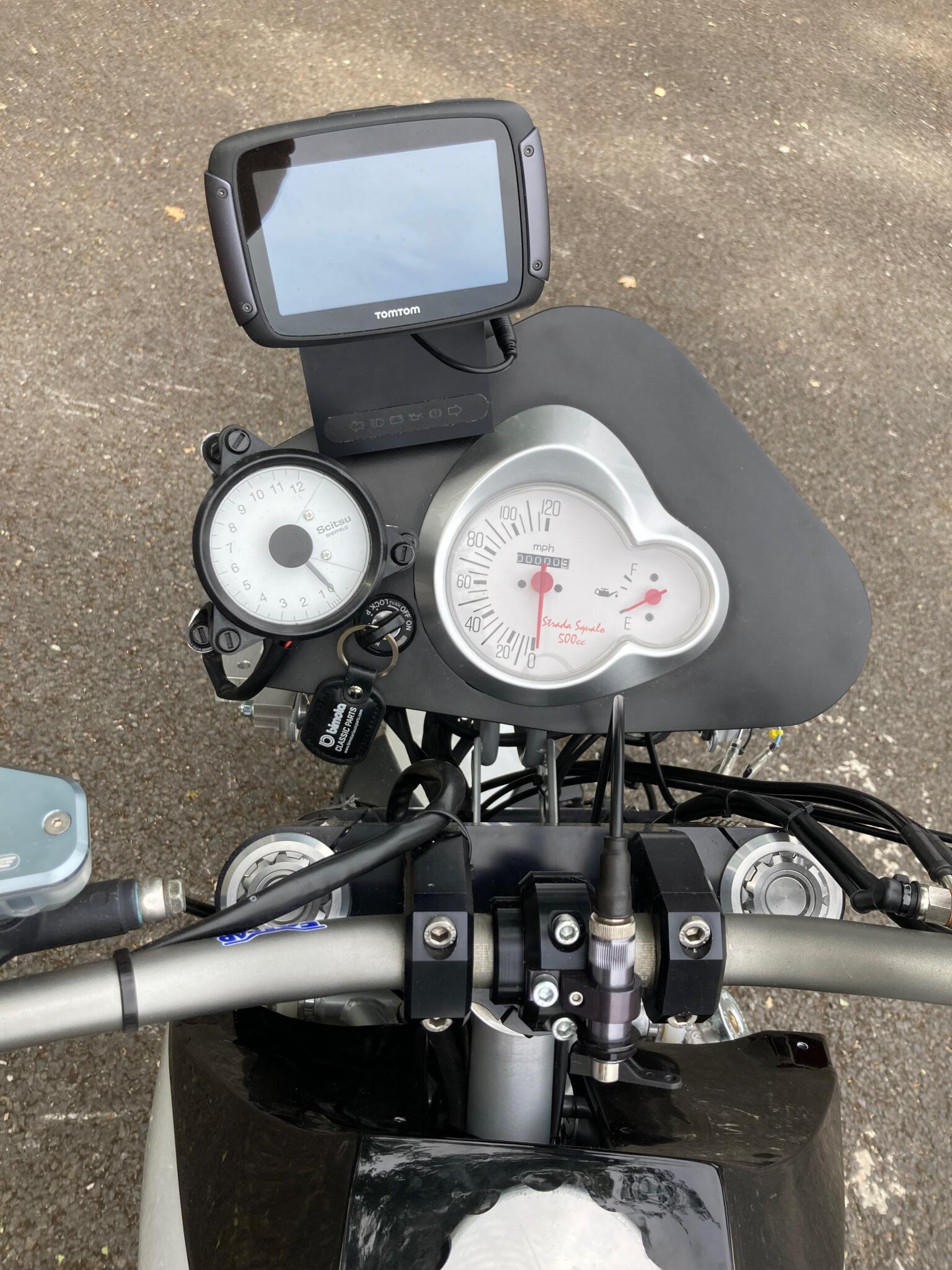 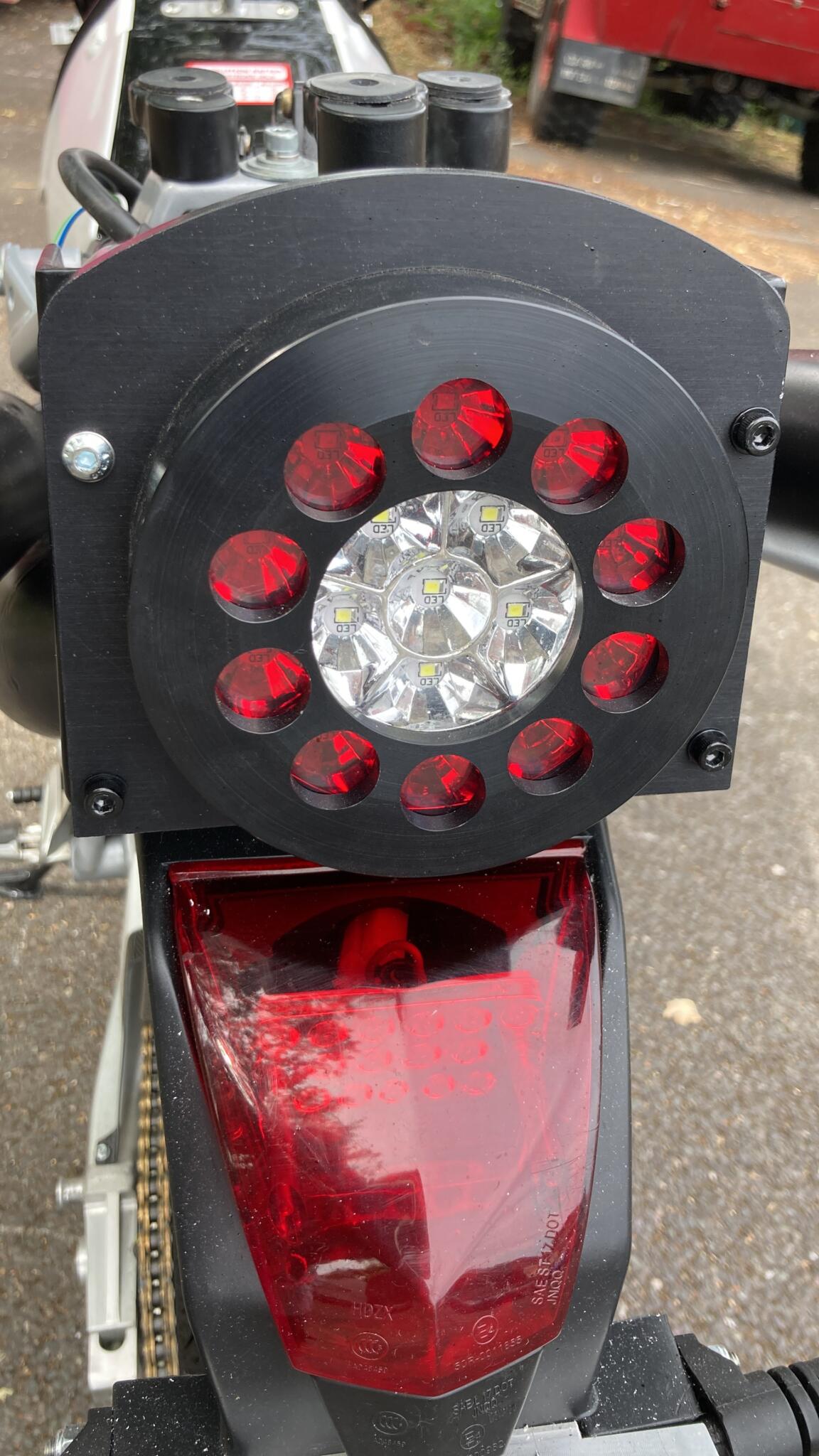 The new auxiliary brake light is from a lorry, with a device to make it flash

I’ve been working on this one-in-the-world wonder bike (on and off) for the past couple of years – first to get an ignition loom sorted, next to build a full street loom, and now to make a few tweaks.

Gavin built the bike from the rumour of a sketch made by 916 designer Massimo Tamburini. The great man imagined a city supermoto version of Bimota’s GP replica 500cc two-stroke V twin. The original bike was fuel injected and it didn’t really work. So the first job was to get a guy in Germany – an expert in these engines – to sort the motor out with carbs.

Gavin wanted me to fit a secondary brake light that pulses, and a relay that switches on the Zeeltronic water pump driver. The driver has proved to be a bit of a nuisance by draining the battery. We had first tried a manual disconnection switch, and then (when another battery ran flat), a relay. This solution should be the final word on the subject.

Since I last saw the Squalo in February 2022 it’s acquired a new paint job: black and white rather than orange, white and green. I think it looks ace.

Gavin will be disporting himself on this unique motorcycle, on road or track, whenever the fancy takes him.

It’s been an honour to be involved in a project as advanced as this. 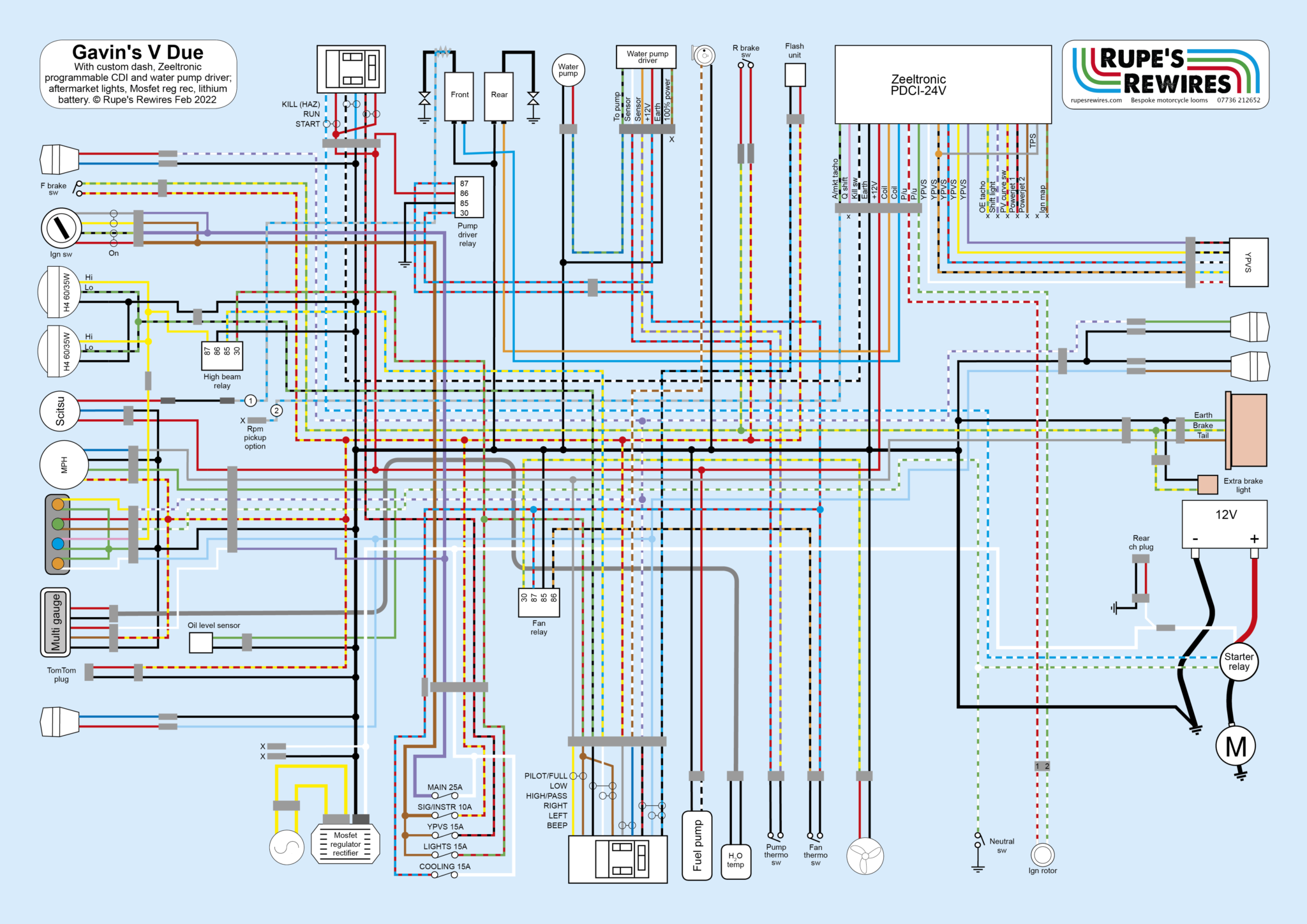 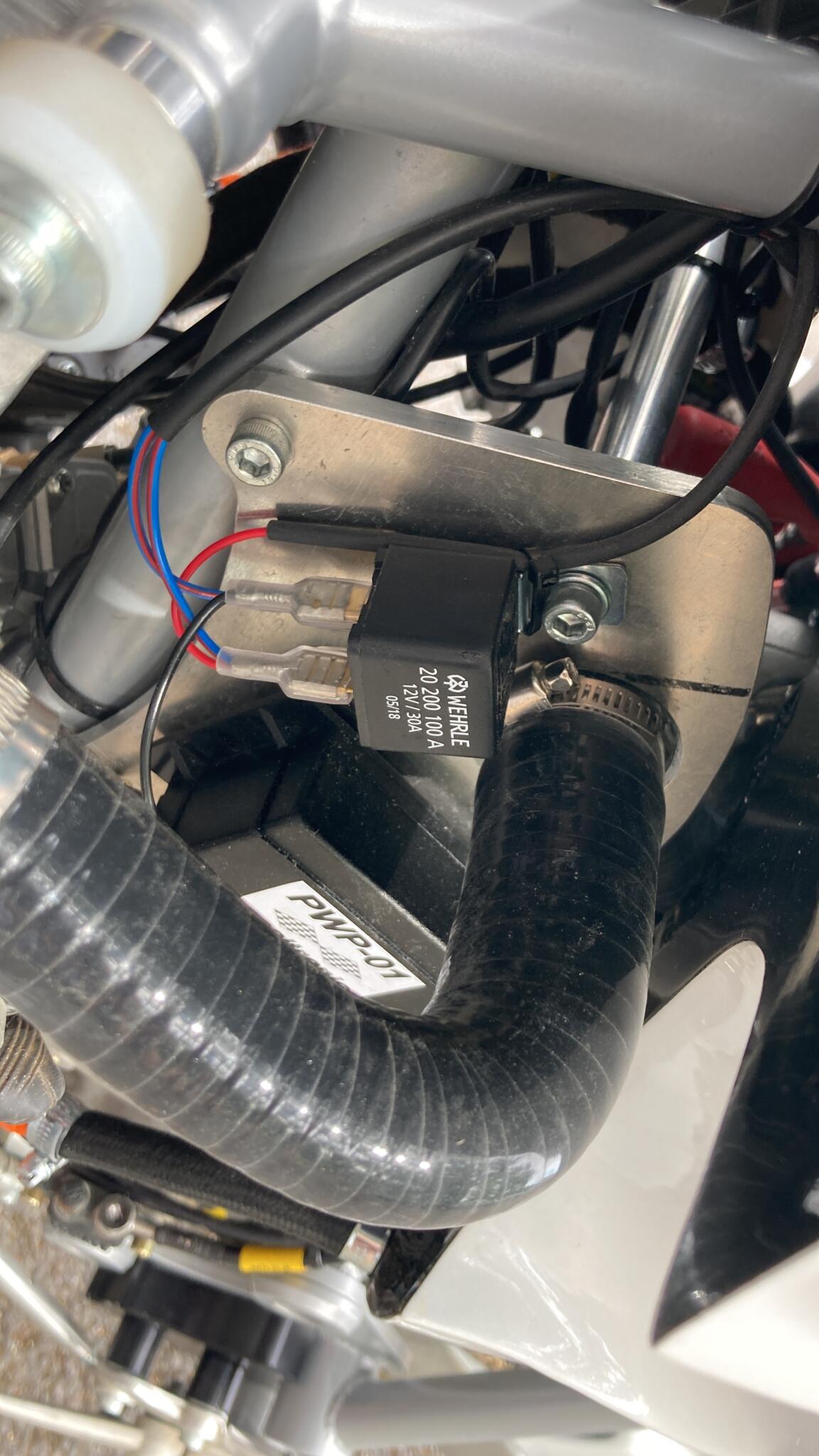 We needed a relay to switch the Zeeltronic water pump driver 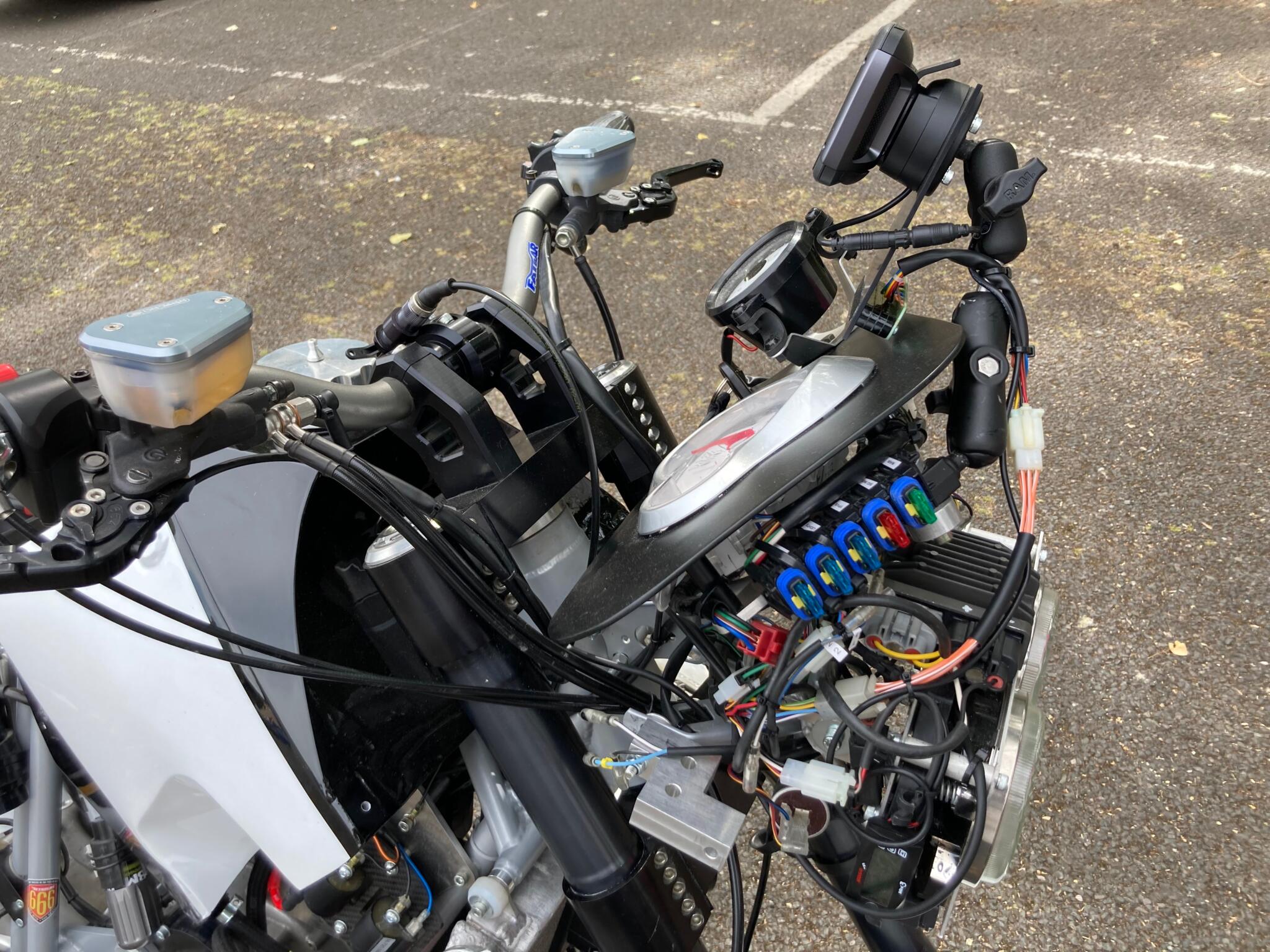 Quite a lot going on here