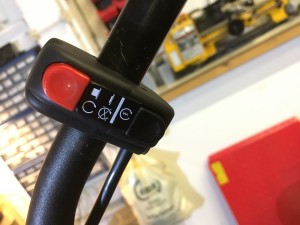 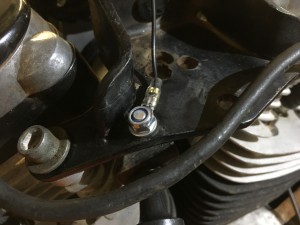 And a nice fat earth or two

Gary’s a repeat customer – RR did some work on his ‘Pull ya finger out’ Enfield tracker a few years ago (it’s still on this site a few pages back). He’s also an old mate who founded Sideburn magazine and Dirtquake, and has raced flat track since it came to the UK. But it’s probably fair to say this is the biggest, heaviest bike he’s run round a shale oval. The stock loom, switchgear, circuit breakers and associated gubbins weigh as much as a moped, and the vast majority of it wasn’t needed. The race loom did away with it all, though I left in a wire for the vacuum advance in case he needs it later. The bike also needs an engine cutout lanyard for some races. That way, if you fall off the damn thing, at least the engine stops.

The first 2018 race report went like this: “It was in the Netherlands, part of the DTRA championship. The class is really strong now, with Indian putting four good riders on their Ohlins-equipped Scouts, plus Dimitri Coste on another sponsored Scout; a sponsored Harley rider on the new liquid-cooled 750, a two-time Dakar finisher on a Ducati Scrambler and a DTRA champion on the official Ducati UK-sponsored Scrambler. So, excuses out of the way early, I was pretty happy to come 2nd in the final on my 1991 bike.” 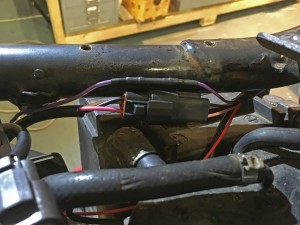 Deutsch connectors are probably the most shale-proof 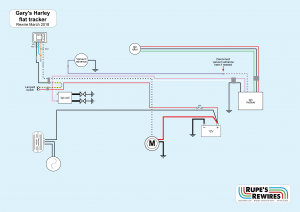