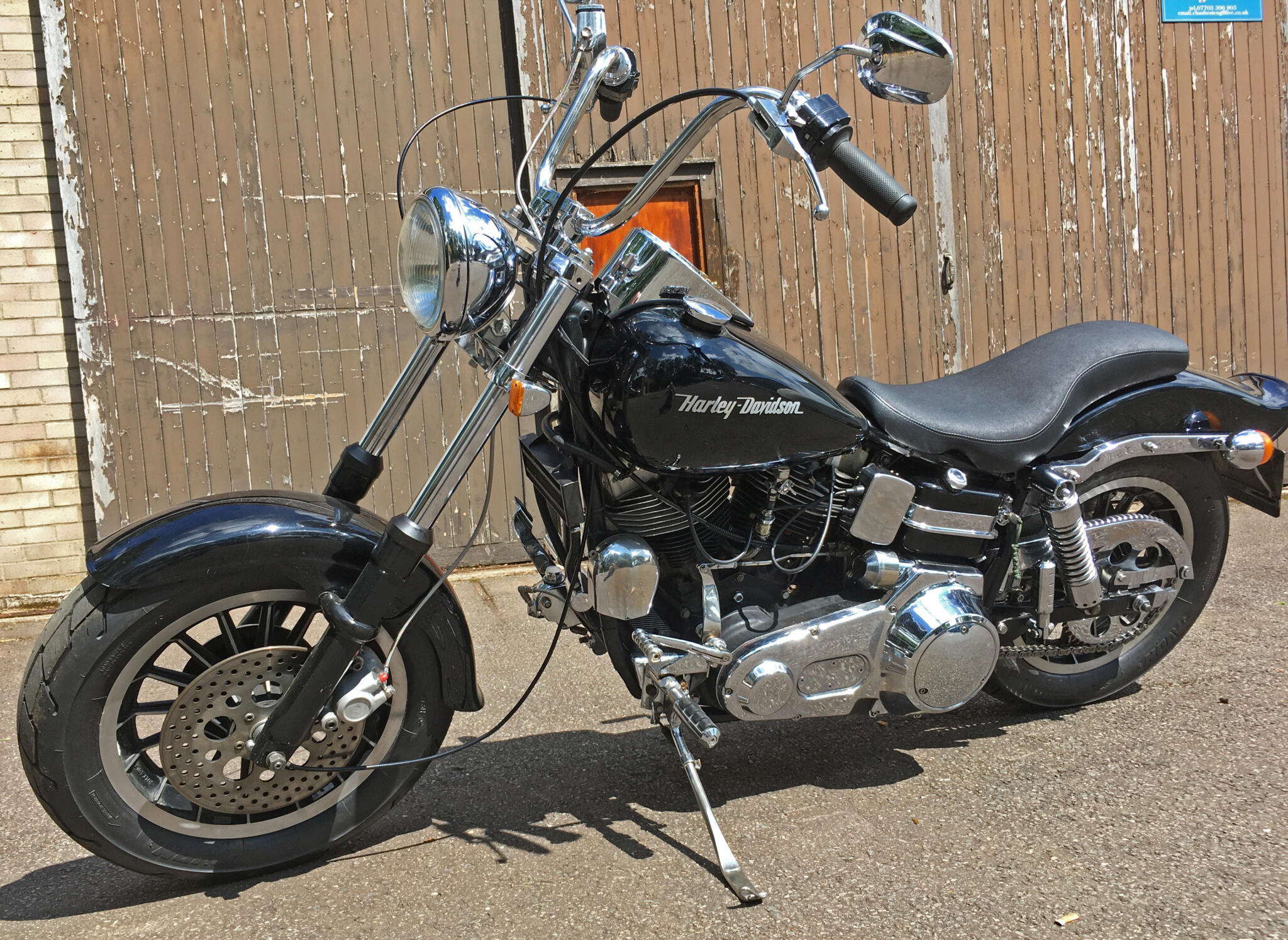 Owned for years, much loved, much modified 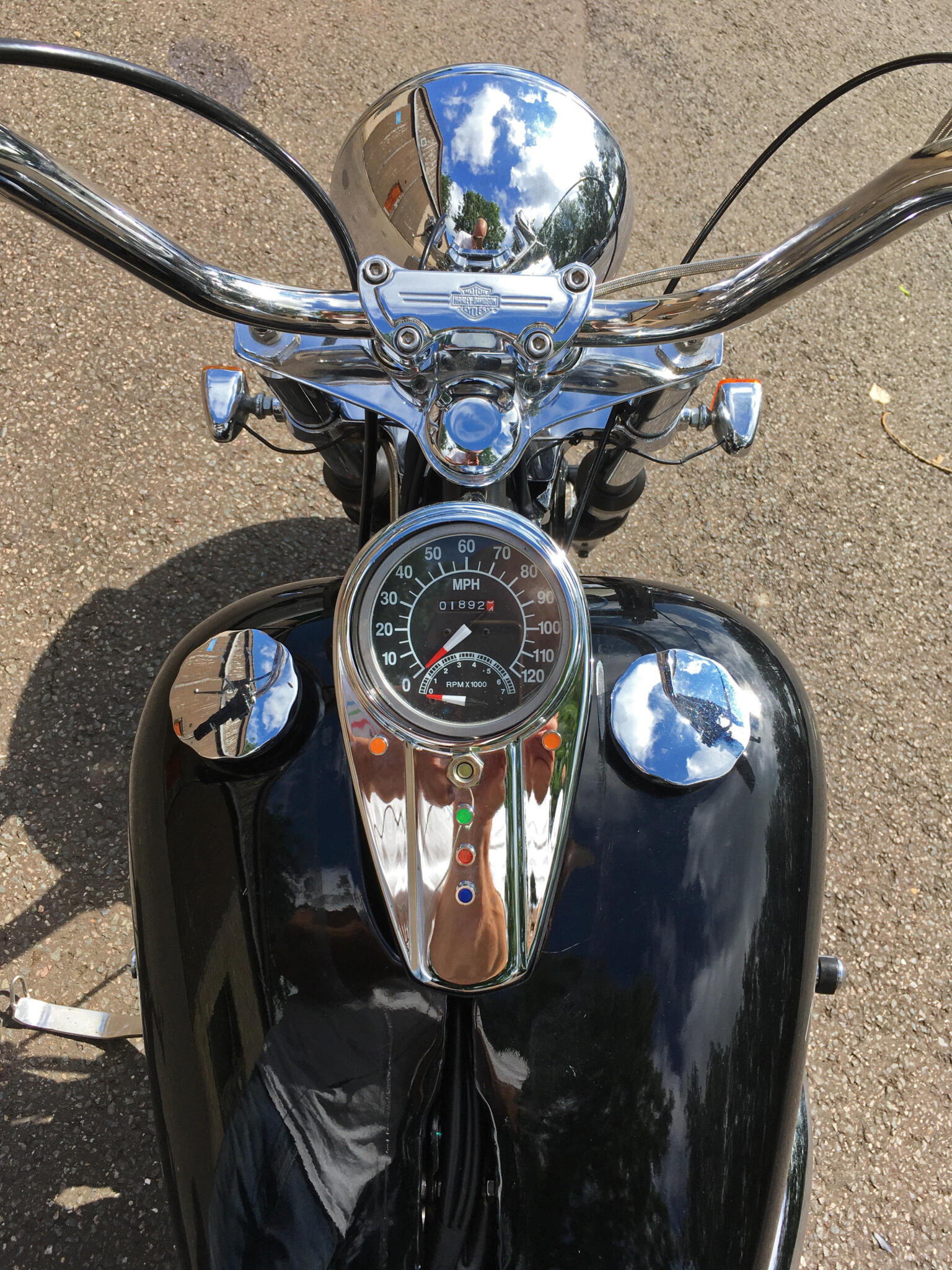 New speedo and warning lights came in a chrome surround that is going to need lots of modifying to fit snugly. Barnaby is up for it 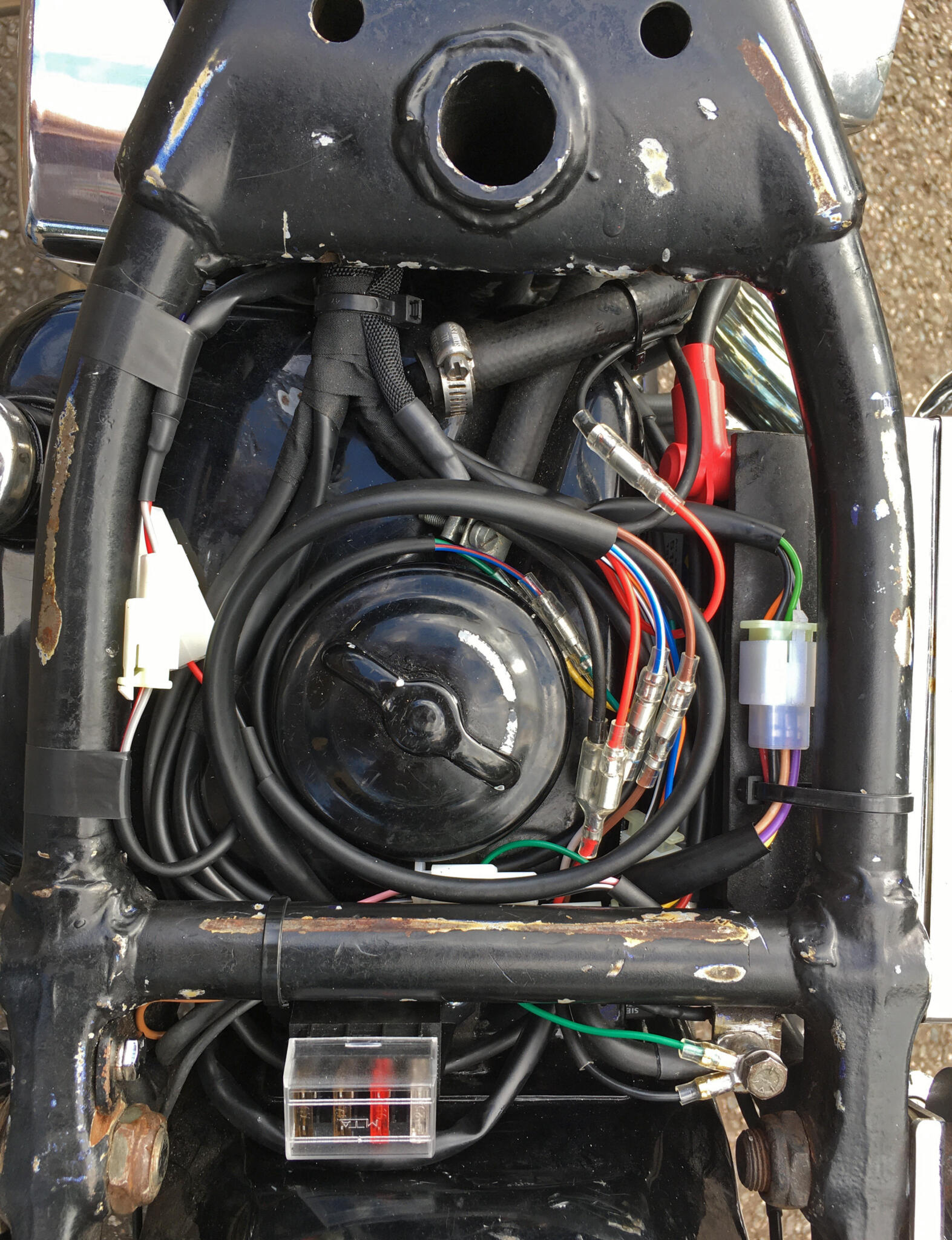 The only place with room for the rear connectors and blocks is above the oil tank, dodging the oil line clips

In my experience, an old Harley Davidson is often a tricky beast. Everything it does is different and, where electrics are concerned, usually awkward. Factor in 40 years of wear and tear and it can get very awkward. Meet Barnaby’s highly modified early 1980s FXB. It worked OK, but Barnaby reported poor charging and only partial reliability. This was making him contemplate switching from points to electronic ignition. To add insult to injury he needed to hold the indicator buttons in all the time to make them flash. We agreed a new loom was the way forward.

He had already found a push-button indicator flasher made by Badlands Motorcycles (Motogadget do one as well, as do Axel Joost). He also had a new speedo/tacho unit he wanted fitting. On the ignition side, Ignitech looked like the best choice, but Barnaby was still mulling it over. I suggested we could build in the potential to add it later.

The loom itself was pretty simple. The difficult bit was finding enough space for the wires and electrical parts. In the end I spaced out one half of the two-tank system to make room. I slung the original circuit breakers and replaced them with a more compact fuse box, but it’s still going to be tight if/when the Ignitech box arrives.

Barnaby got a lift to the workshop so he could ride home. He was used to kick starting the bike to save the battery, so he was initially reluctant to use the electric start. But he was soon grinning when I explained the charging system was working fine. He texted later: “Thanks again. All works as it should.” He’ll ride it for the summer, then refurb the cosmetics over winter. 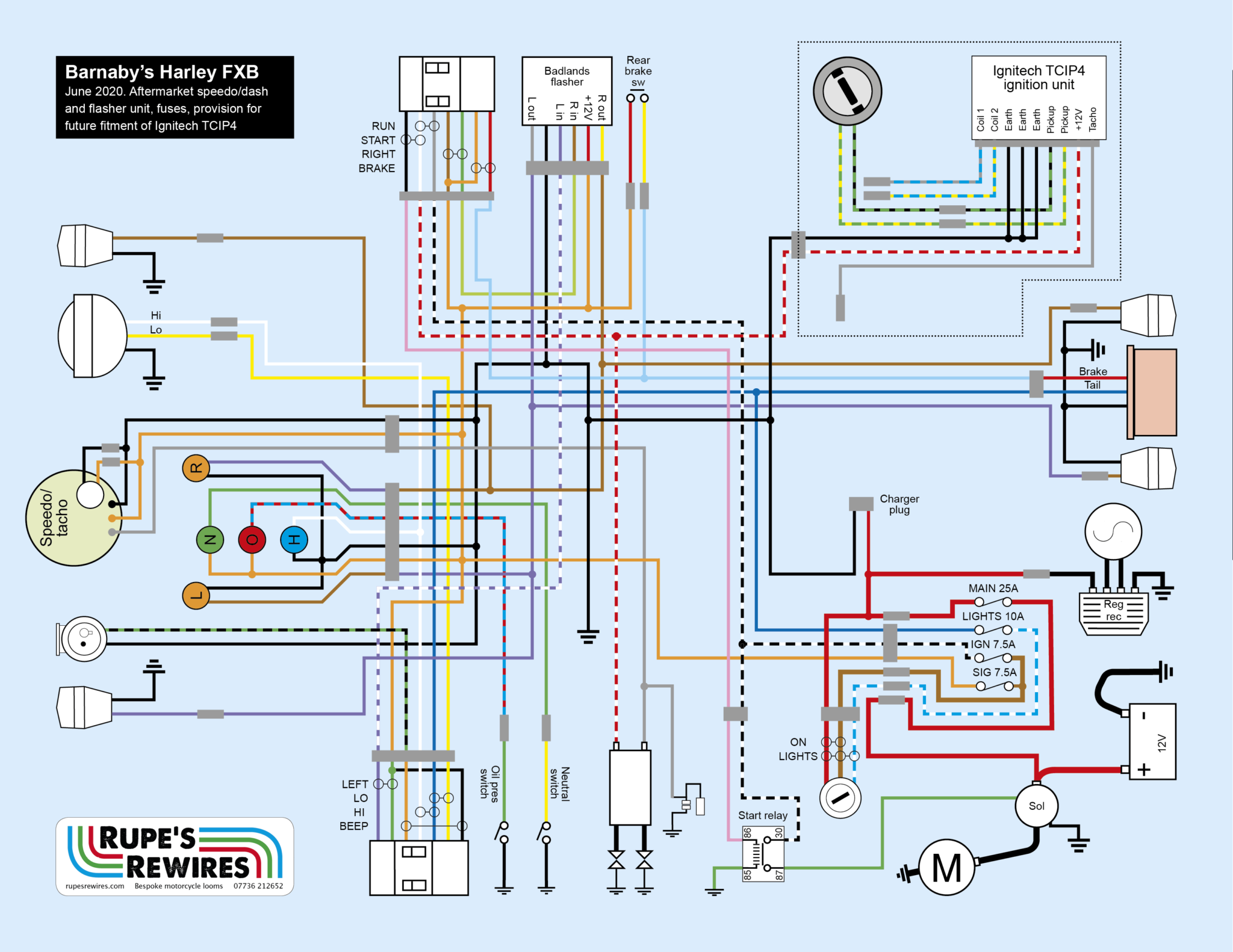 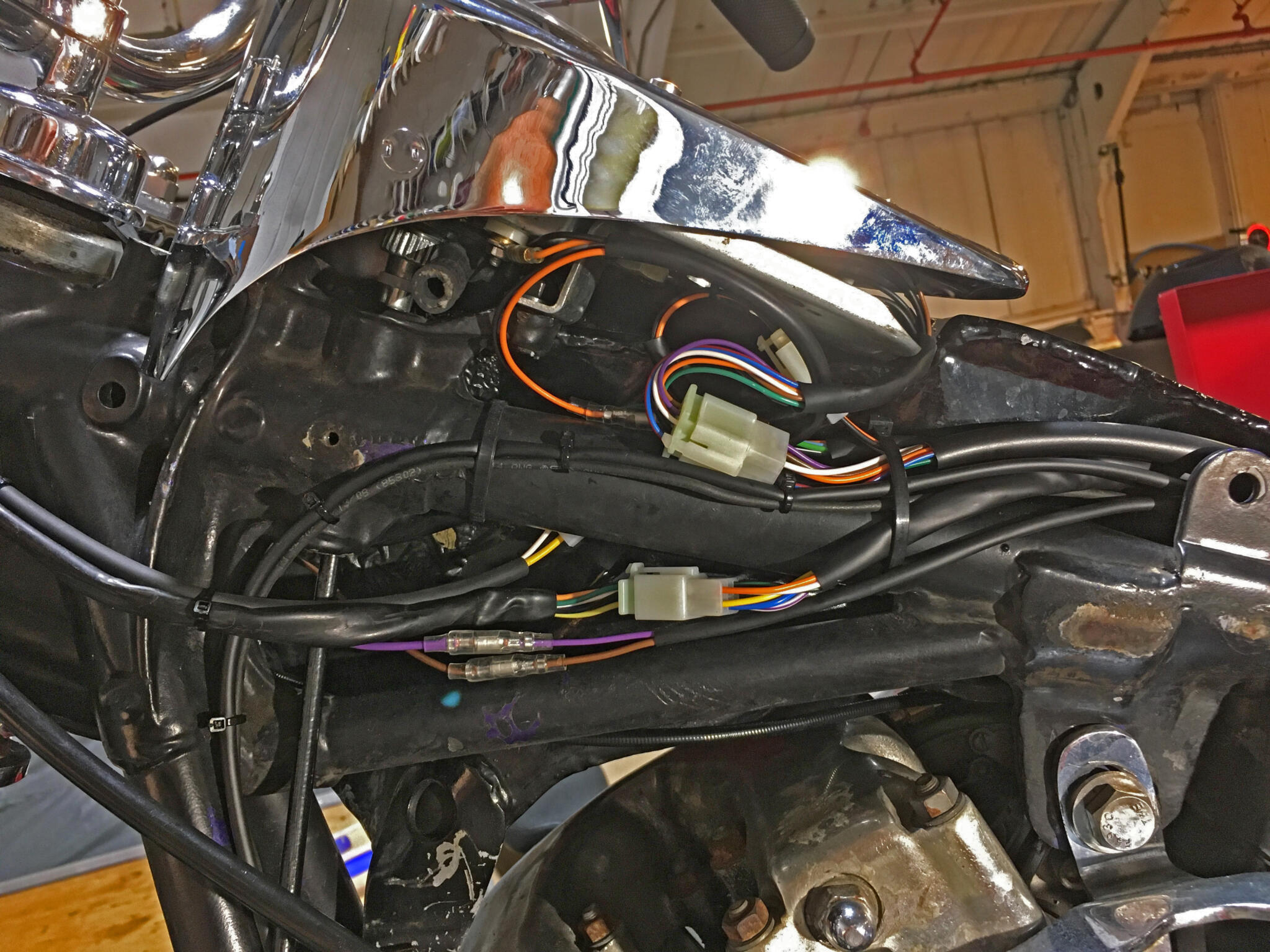 Removing the tank and speedo console has to happen in a certain order. The wiring plugs help make it easier 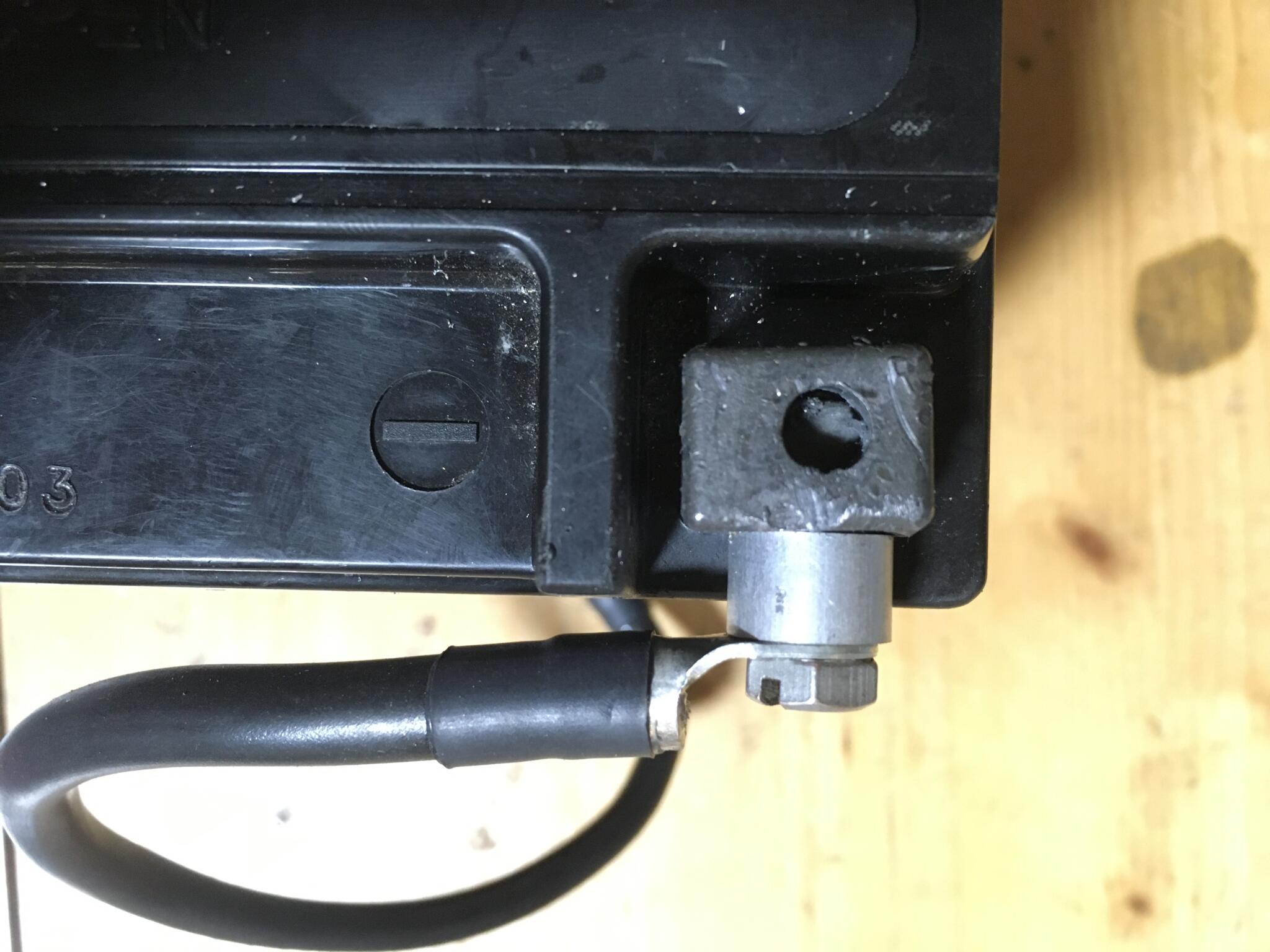 Older Harley battery terminals are often inaccessible and damaged by vibration. A spacer and new leads helps both problems, with the added bonus of better starting