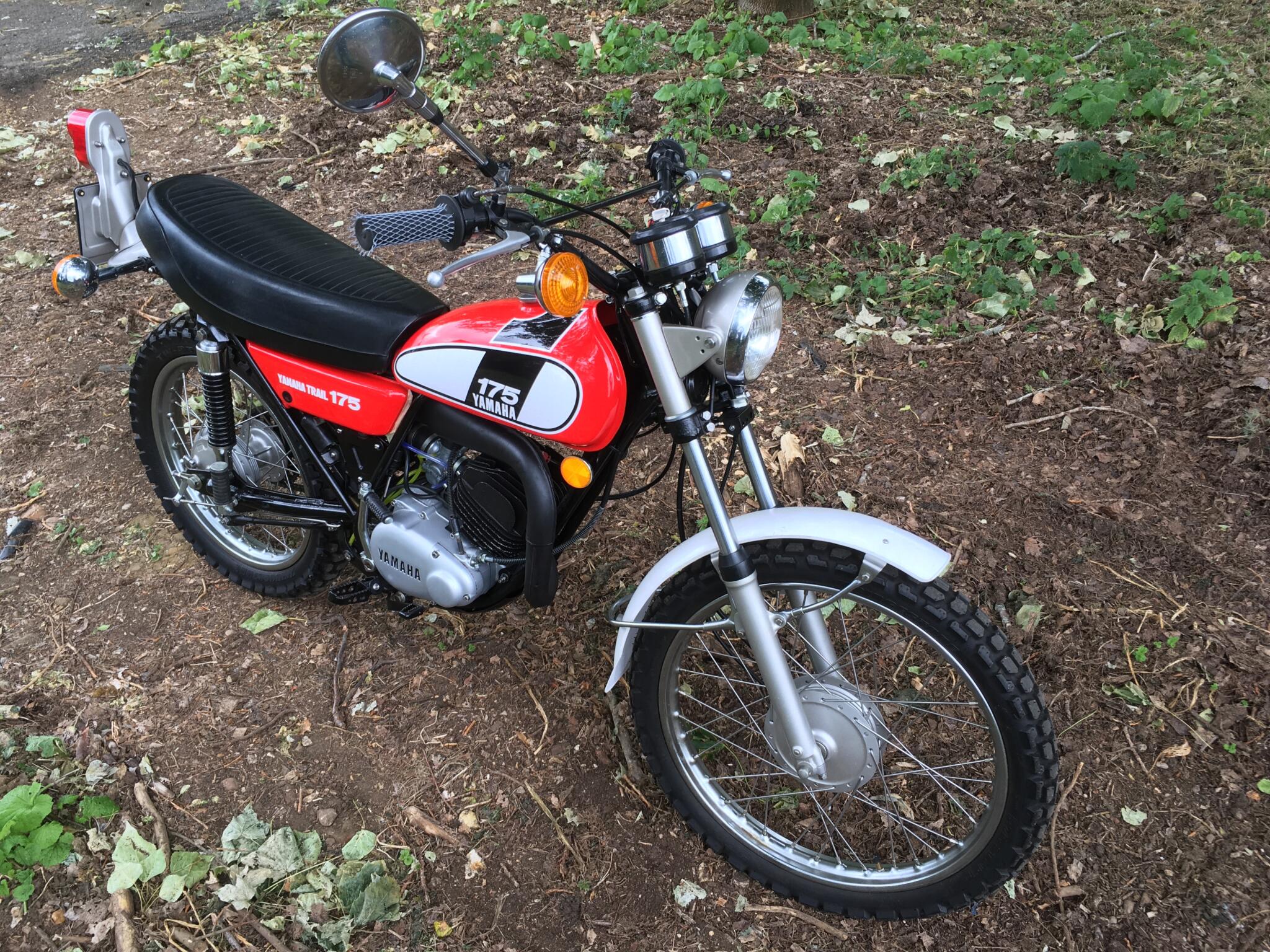 A perfect 1970s Japanese trail bike. You could not improve a single bit of the way this DT looks 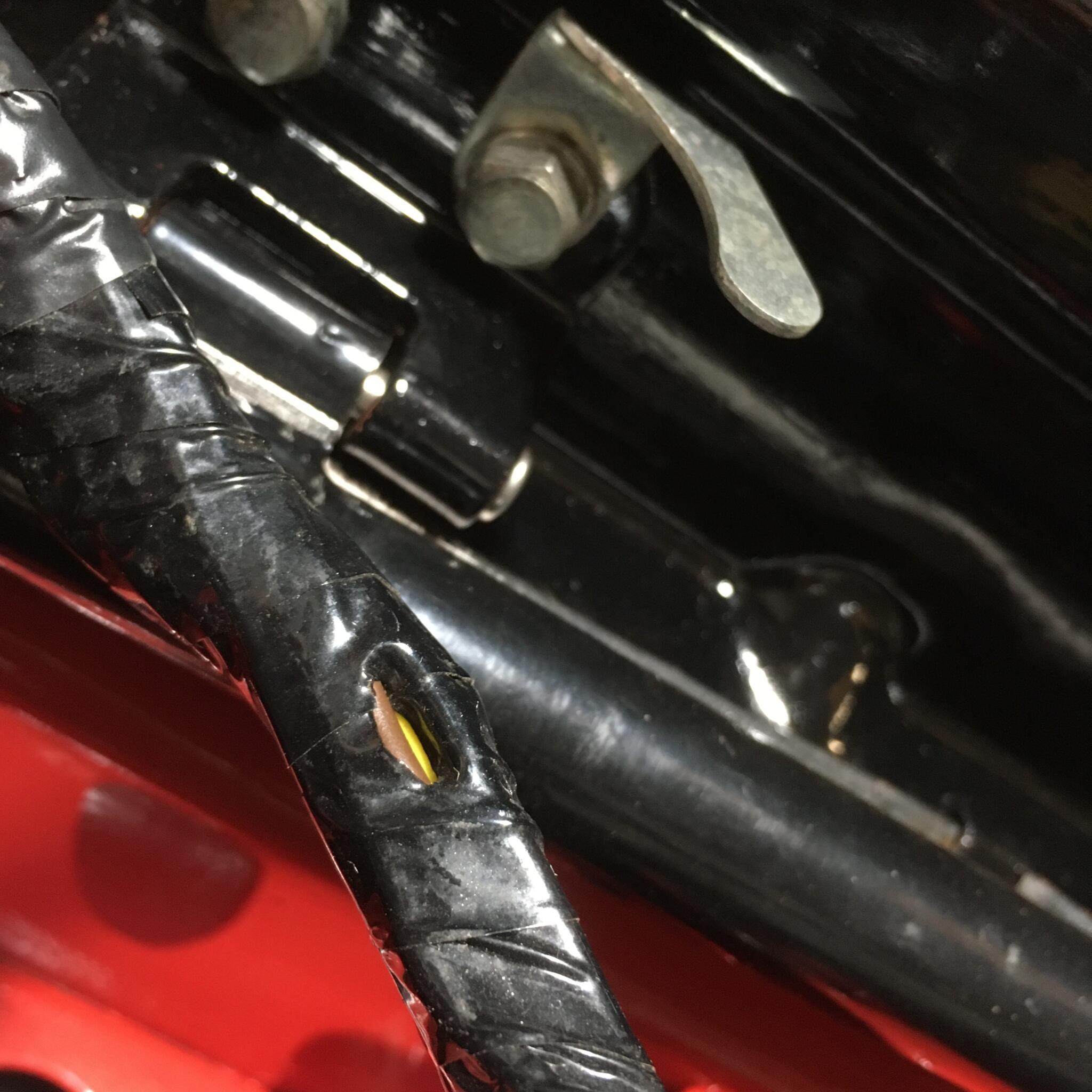 The loom was running the wrong side of the seat rail, so an anti-rattle clip was puncturing the wrapping 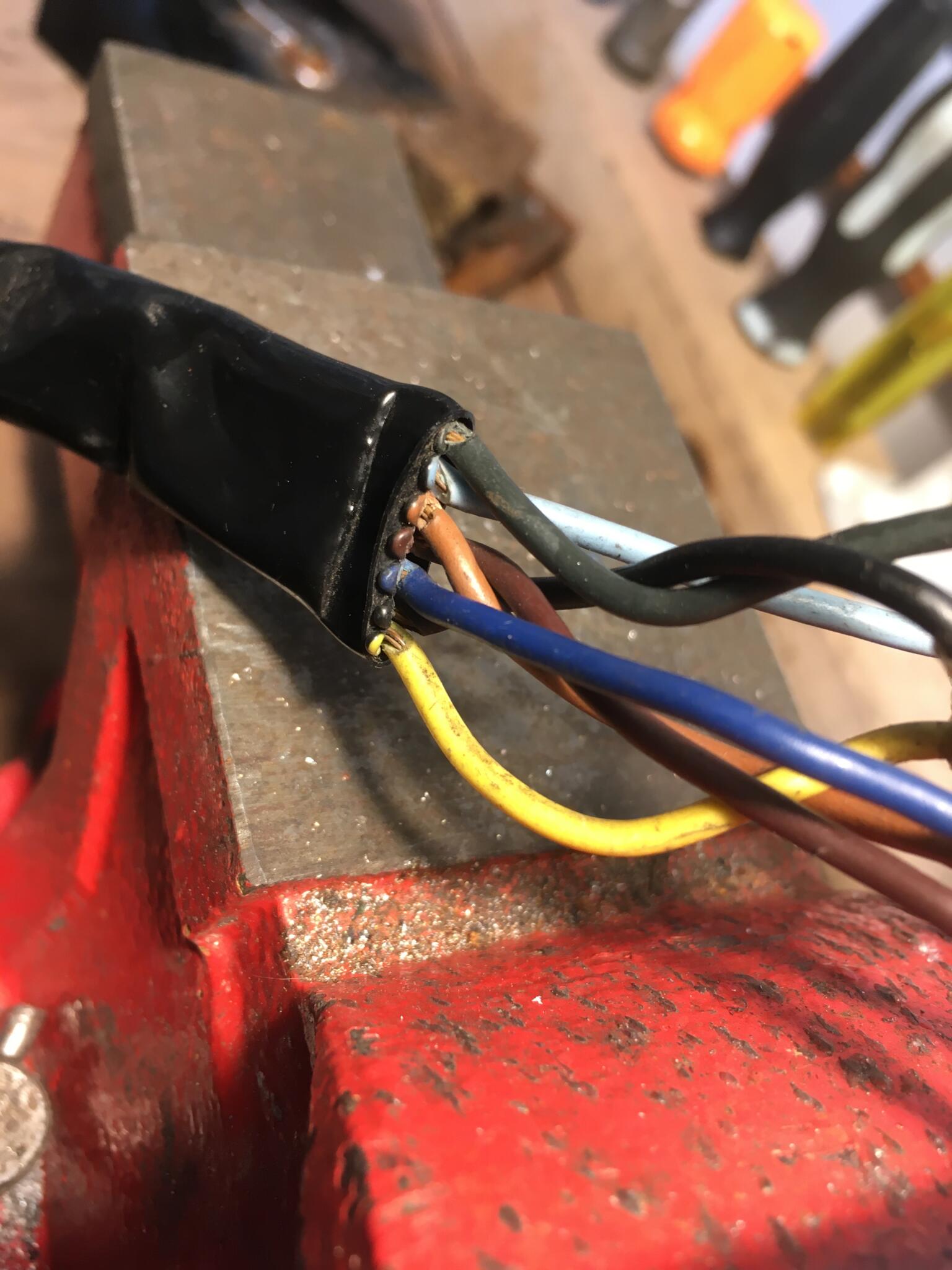 Easy to miss, but age had embrittled the insulation around the rev counter sub loom

This bike has been in the same family since new. Elaine was there when her late brother bought it, and recalls that he did a few enduros on it. Nevertheless it’s in beautiful condition after a restoration which was almost complete when she brought it along. The problem, apart from a slightly mis-routed loom, was weak electrics. The neutral light went dim when the indicators flashed.

To some extent this is what 6 volt bikes do, but on this bike it was excessive. The loom had evidence of a few light repairs, so it made sense to check them first, and improve them if needed. There was also a bad case of broken cable insulation for the rev counter cables, which again was repaired easily enough. In the process I checked, cleaned and tightened every bullet connector on the loom. Still no better. A few tests showed the bike was losing 2.5 volts between the battery and the neutral light, and the reason was very high resistance – 80 or 90 ohms – in the main feed. Time to open the loom up and root out the problem, which turned out to be internal corrosion.

The other problem you can get with old looms is internal breaks in a cable where it is constantly bending – typically around the steering head. But in this case cleaning and repairs got the resistance down to 2 ohms, which is about as good as you can hope for on a bike this old. The neutral light still dims a bit with indicators or the brake light, but the flash rate is faster and with the engine running the horn is perky once more.

Obviously it needed test riding afterwards. What a beautiful little machine: slim, agile, lively. It’s a perfect to ride as it is to look at. 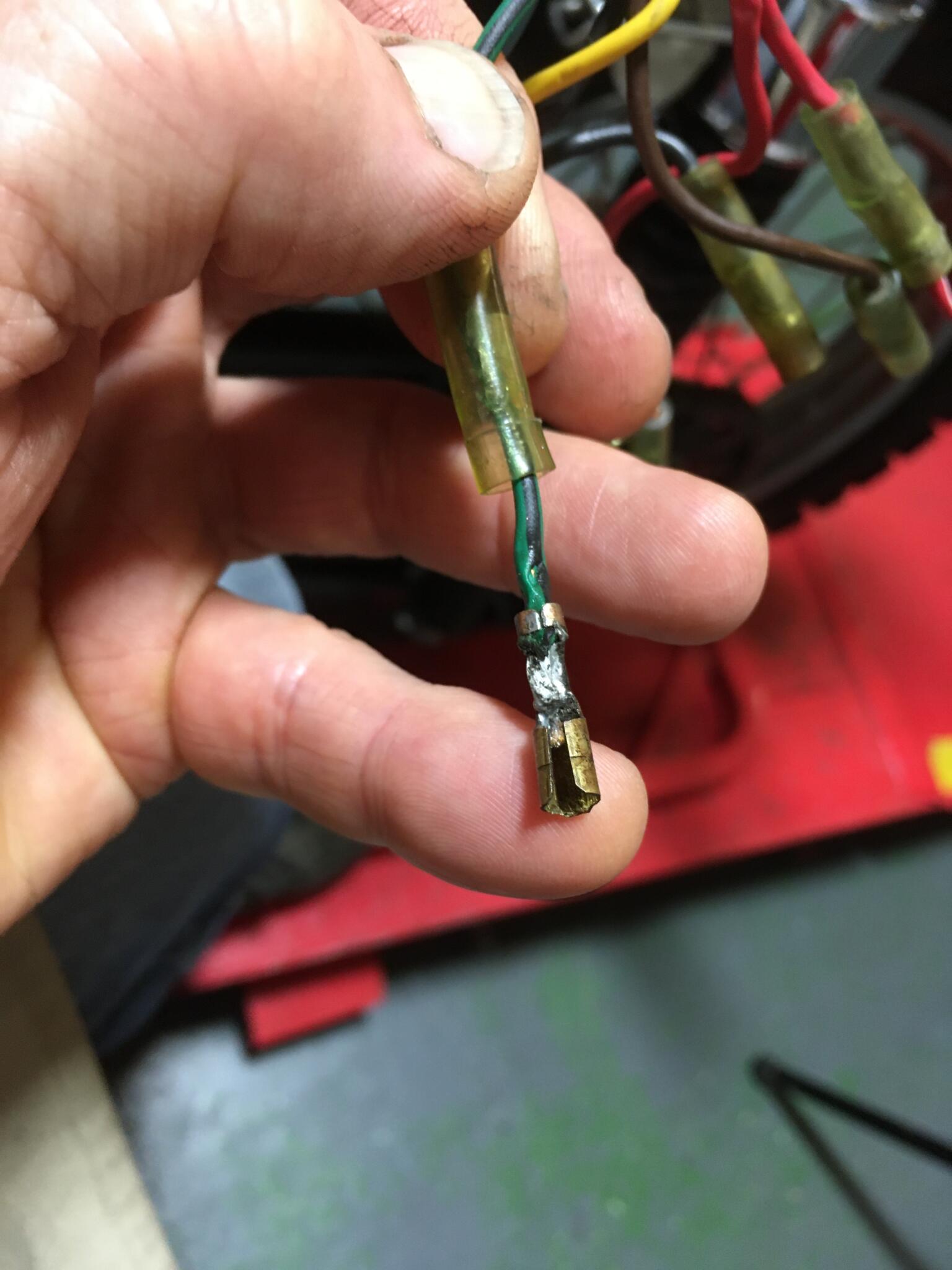 Previous repairs are always the place to start. The soldering here isn’t great but the baggy female bullet connector is the real problem area. Fortunately you can tighten it up with pliers 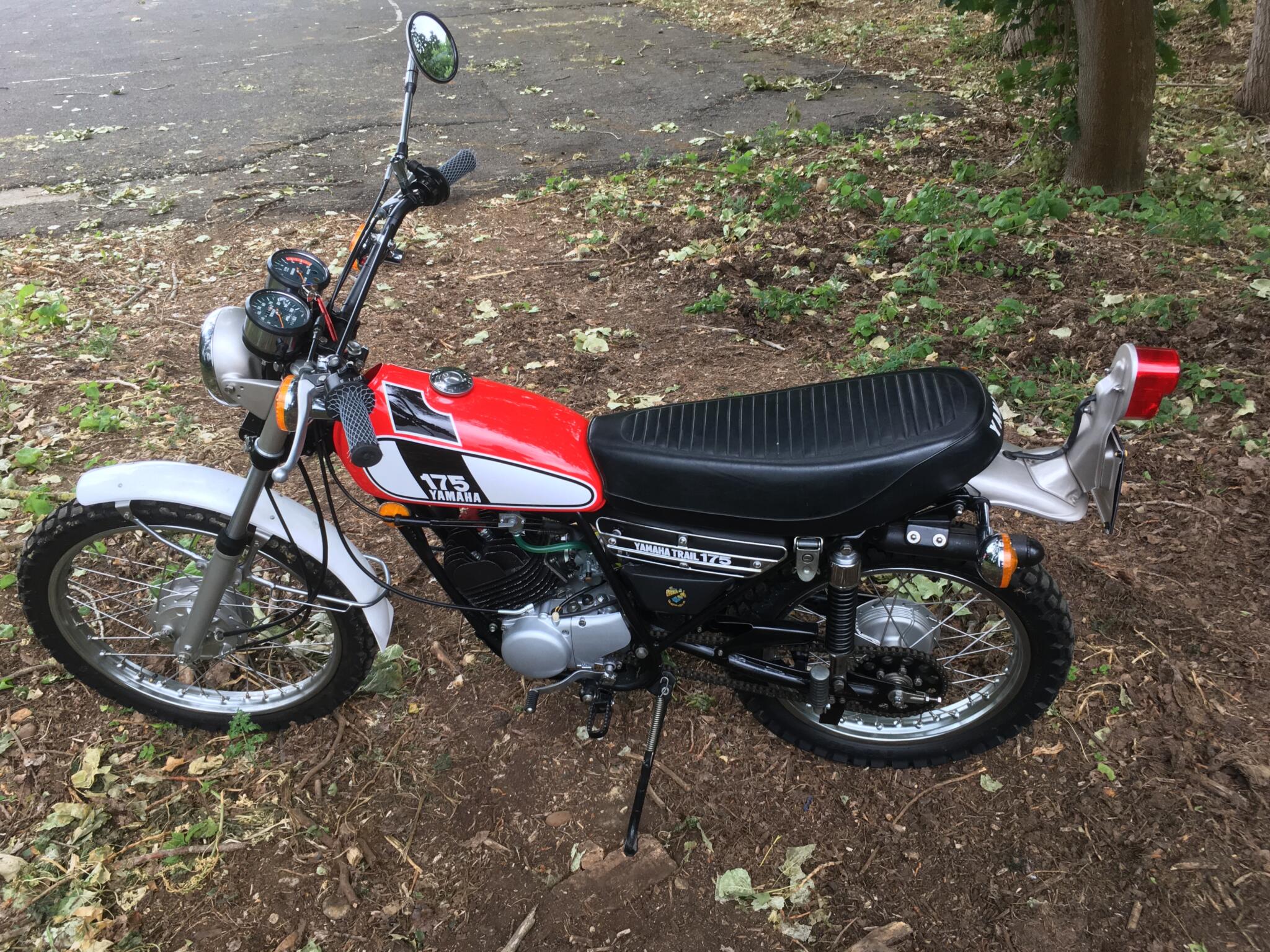 Who doesn’t want one of these in their garage?