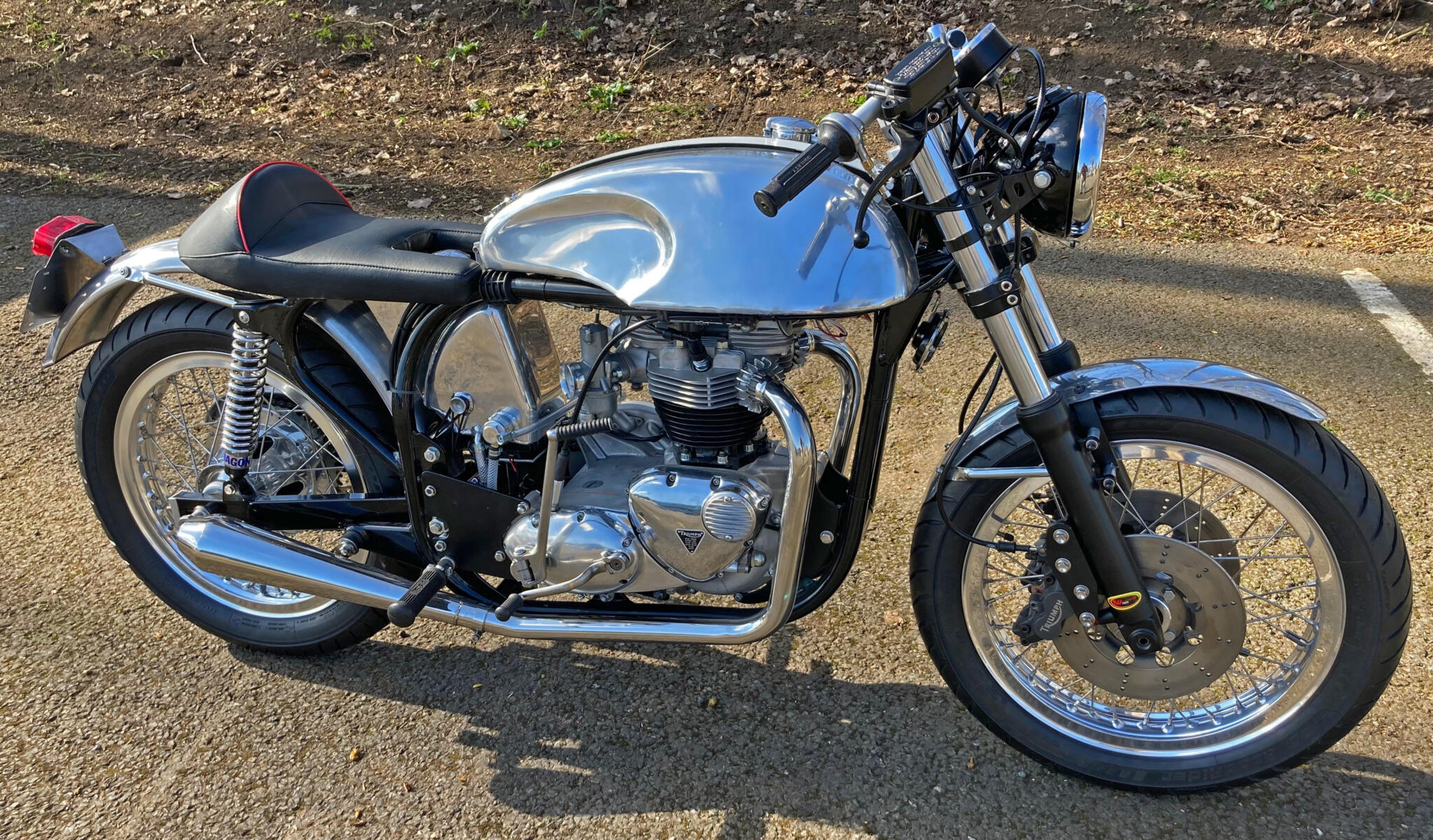 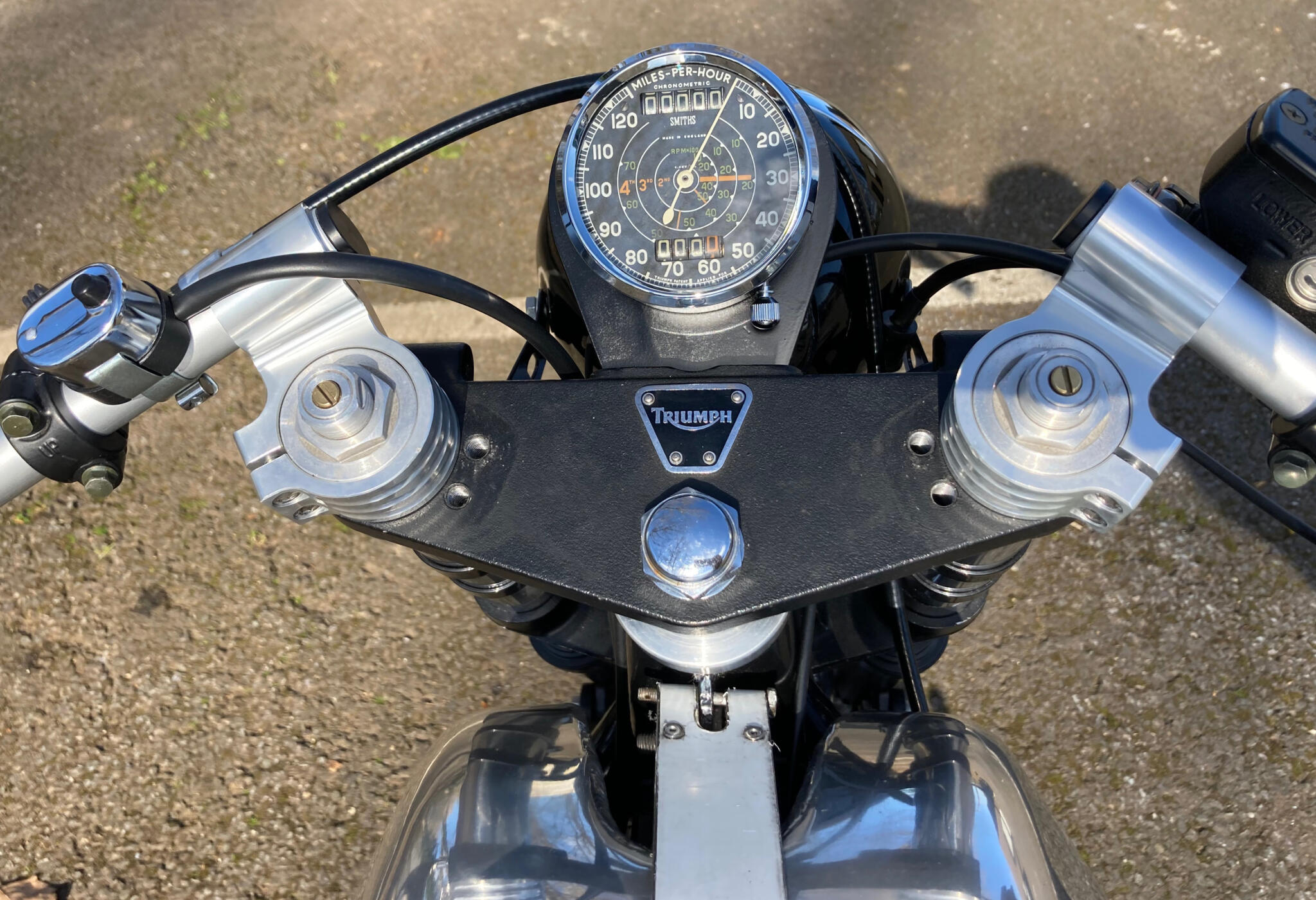 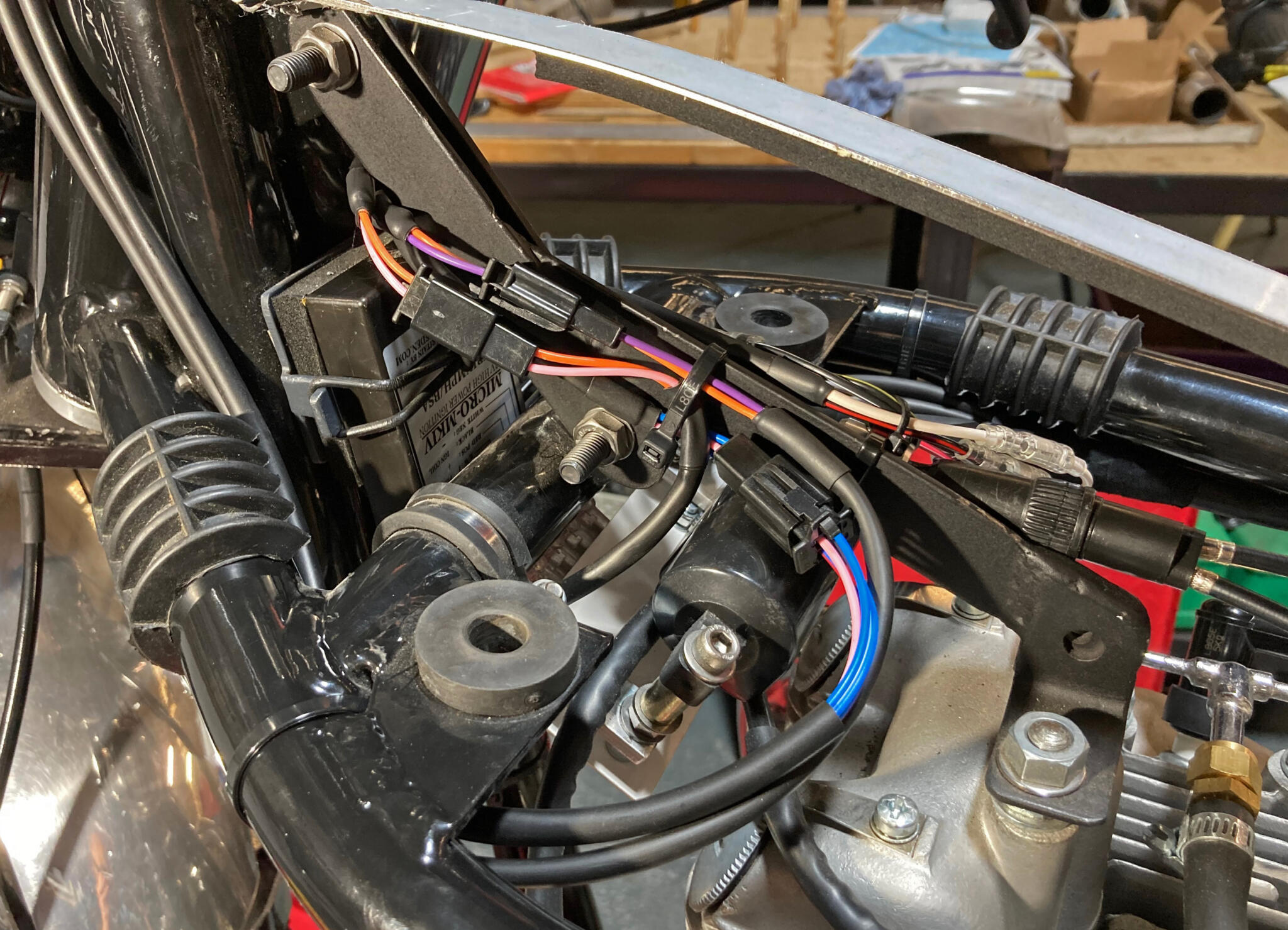 Tony built this neat little Triton for a mate. The middle and back are pretty traditional, with a TR6 engine topped by a Bonnie cylinder head to get the twin-carb vibe. The front is more unusual: the forks are from a Hinckley TT600, with a very special front wheel to handle the twin discs. It’s also got more relaxed handlebars than the usual crippling clip-ons.

Tritons are dead simple in theory. Building a loom onto one in practice is a bit more tricky because it’s a racing frame. There is no consideration for things like fuse boxes, and there’s a pinch point where the seat and oil tank meet. Still, it’s nothing a bit of cunning won’t solve. Tony had mounted the ignition coil on a plate hanging from P clips. I added a four-way fuse box and toggle ignition switch.

Tony, a mechanical engineer, had made a very nice job of building his Triton. He’d made a box for the battery and regulator rectifier behind the engine, which is fiddly, but the only place they can reasonably go.

It all worked nicely, but we couldn’t start it because the engine needed a few more checks before it could run. 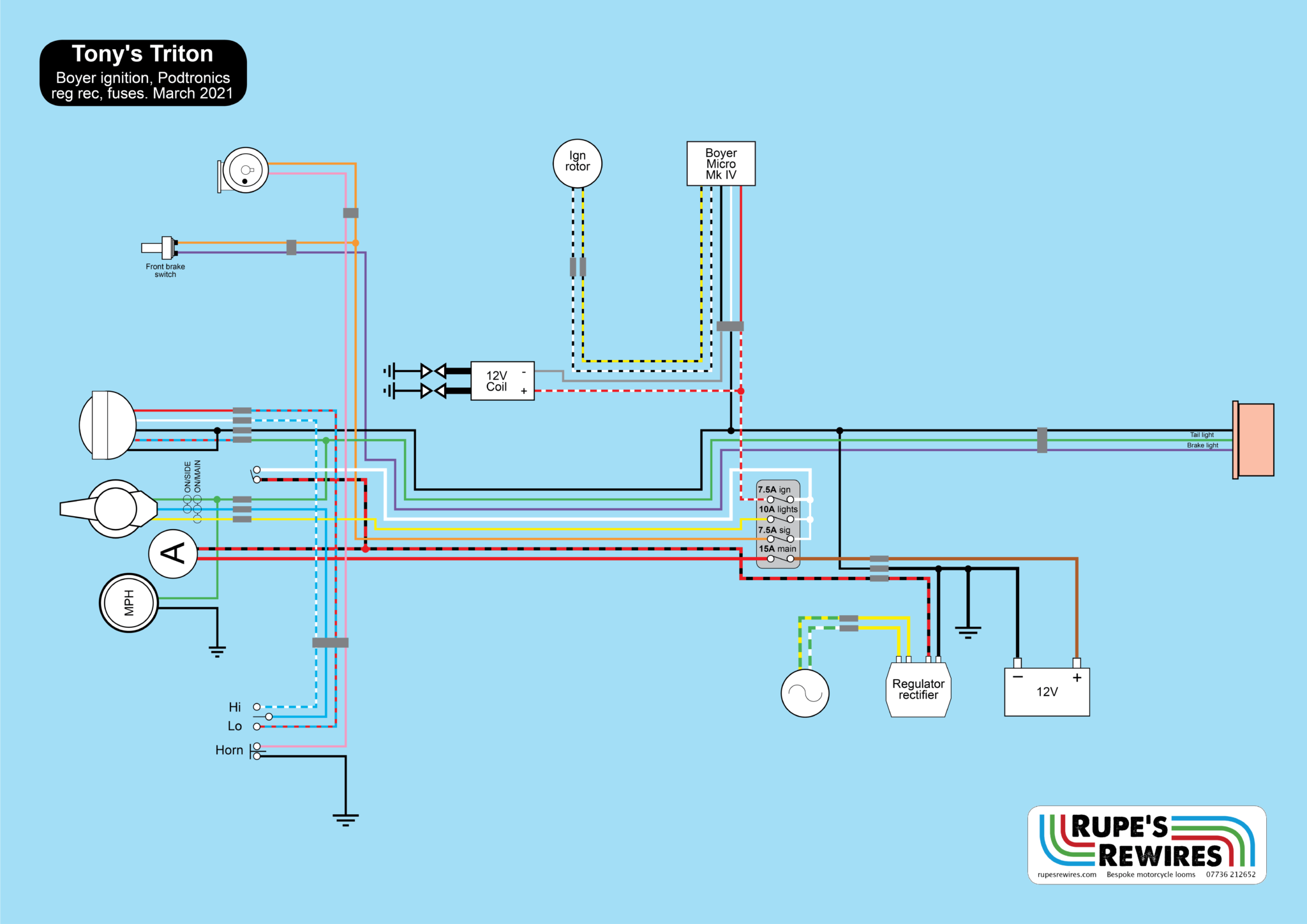 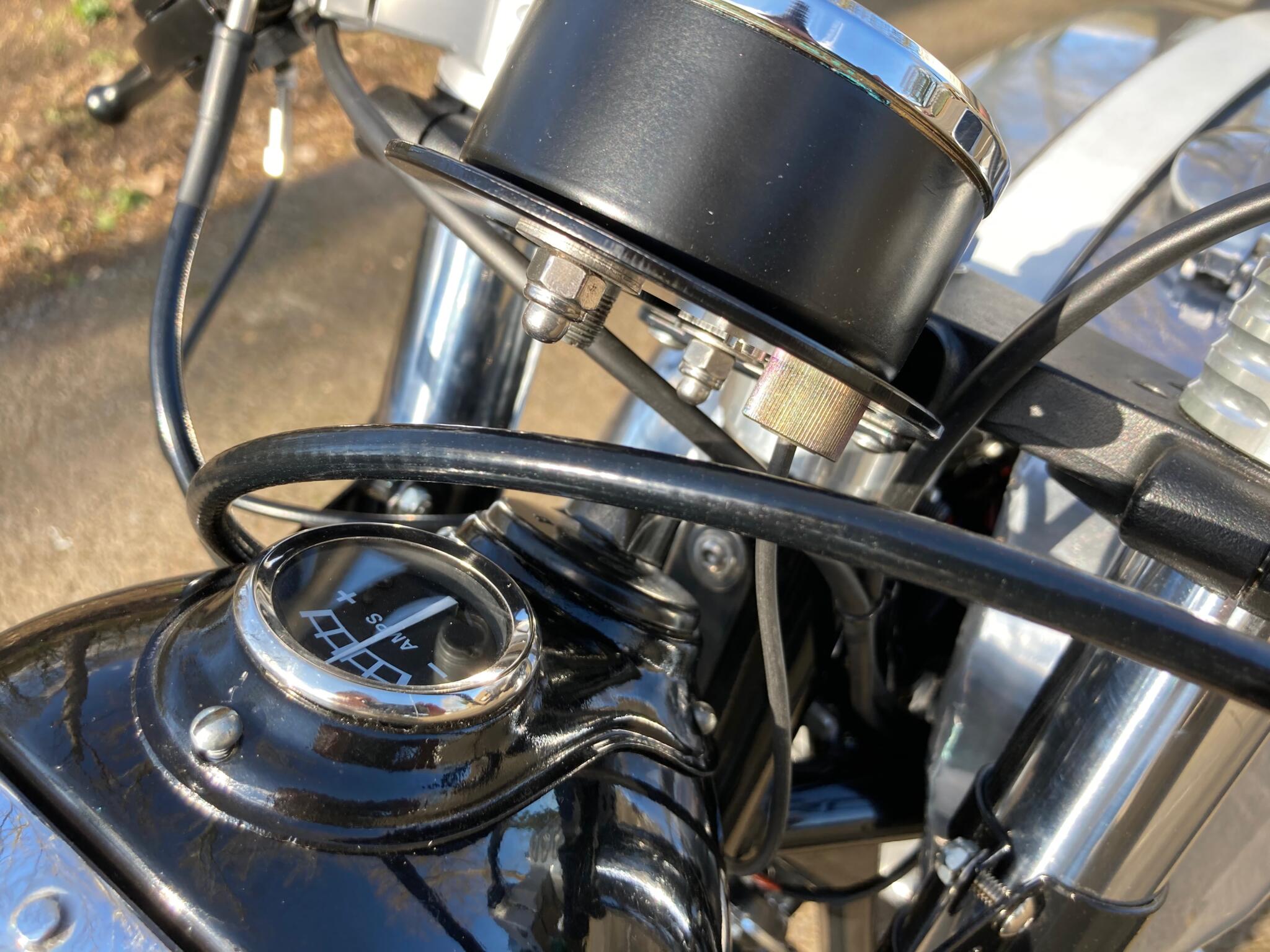 Ammeter and lighting switch live under the speedo 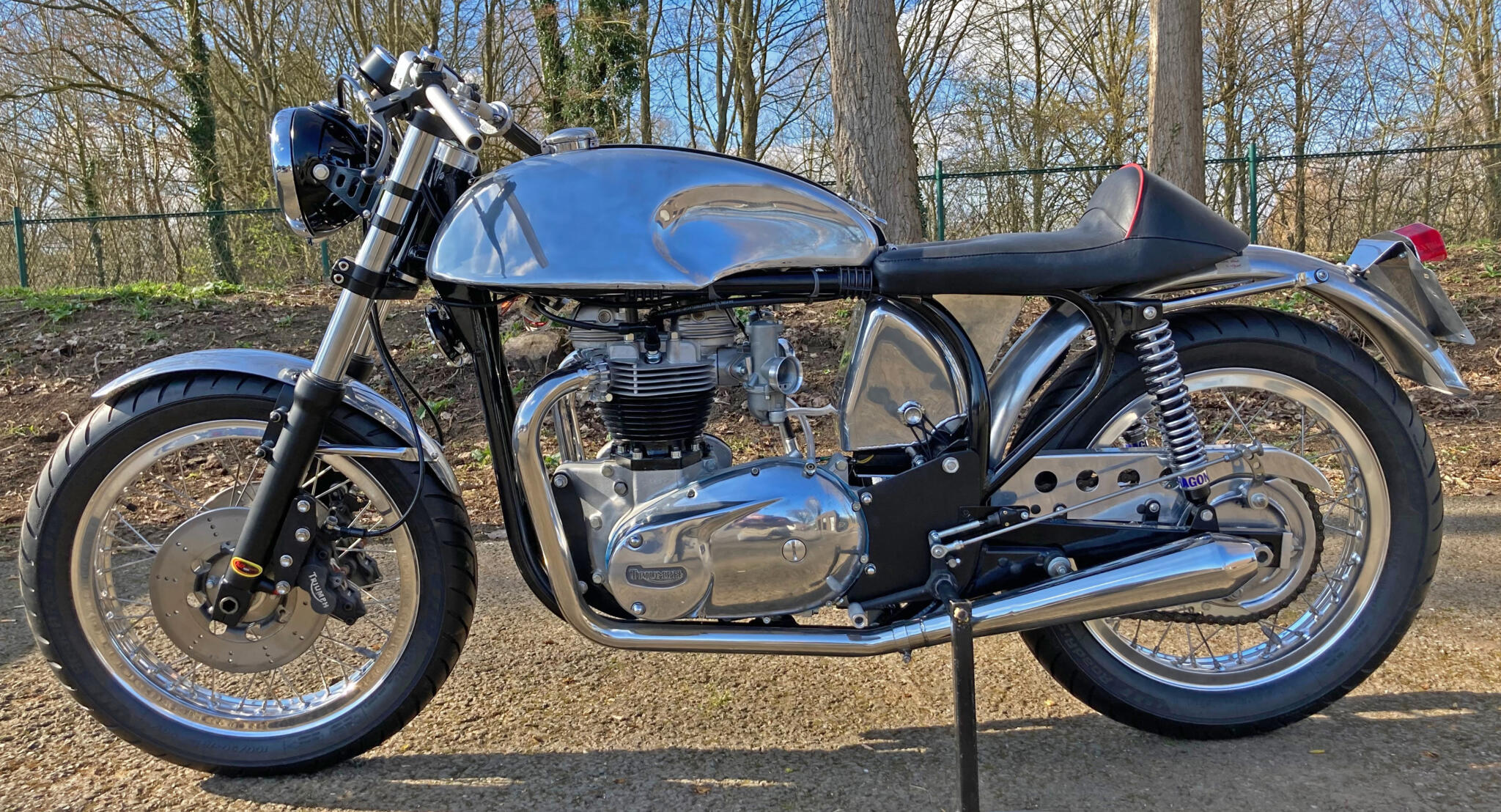 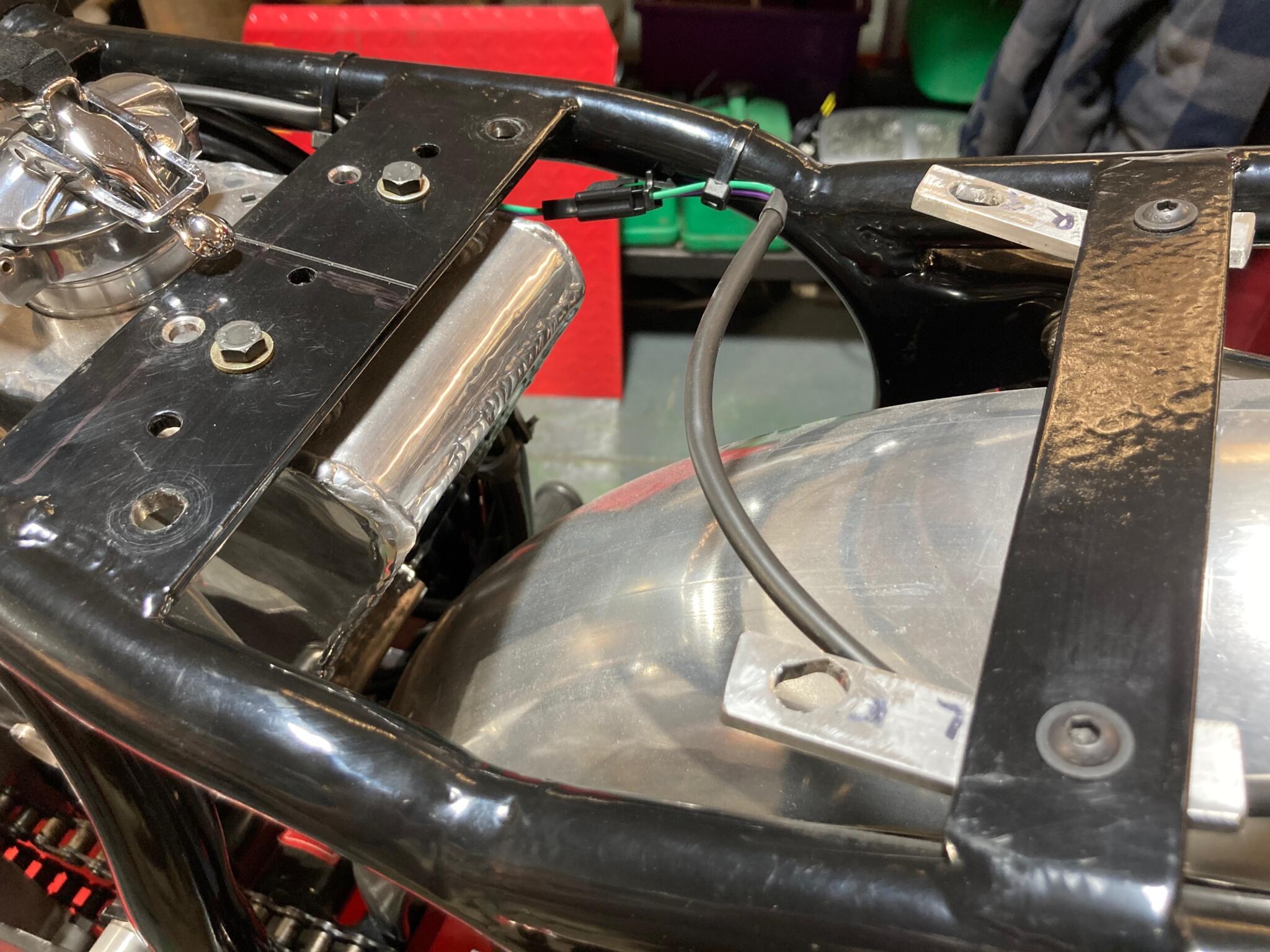