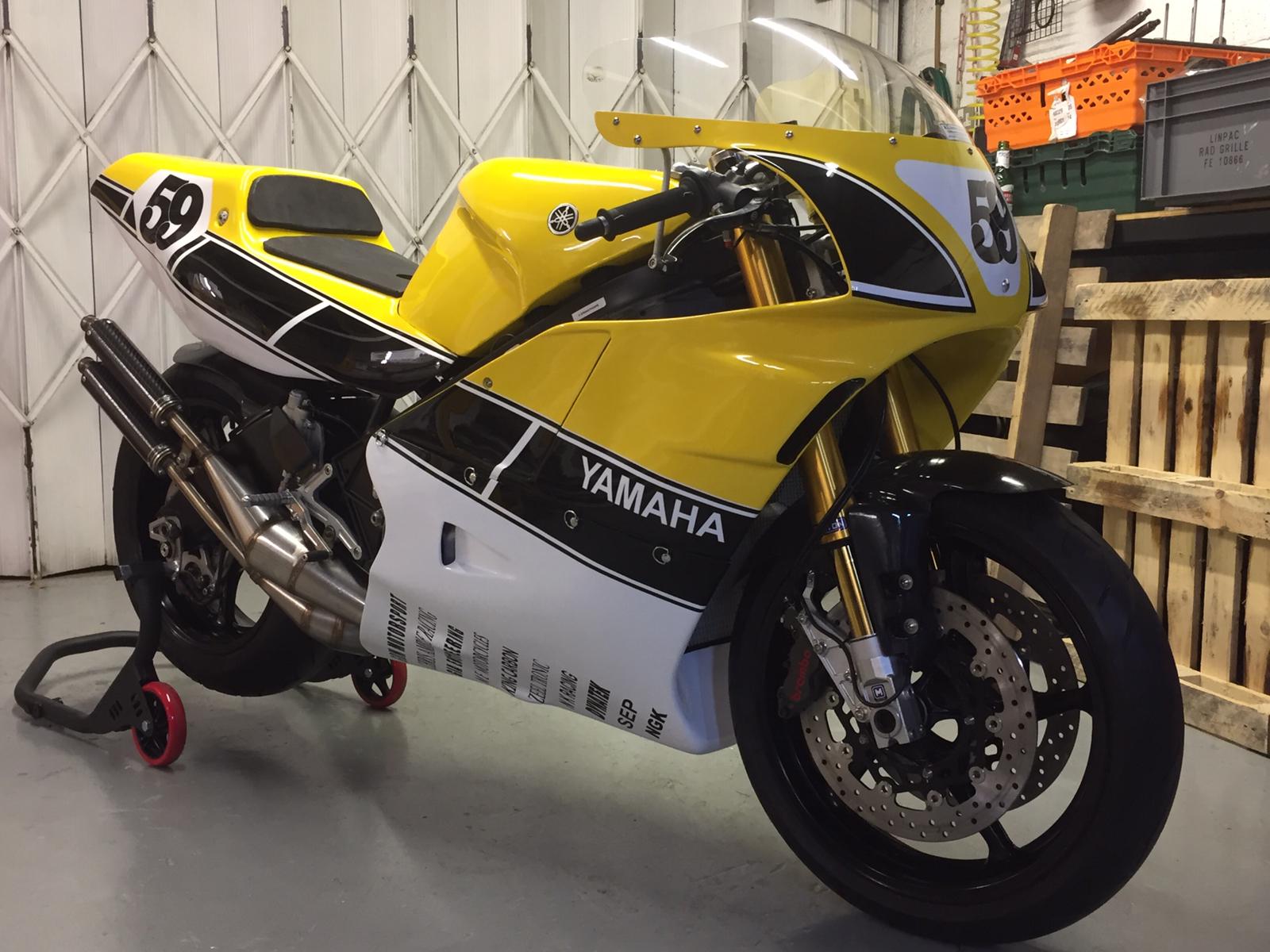 Not many RD500s around this good 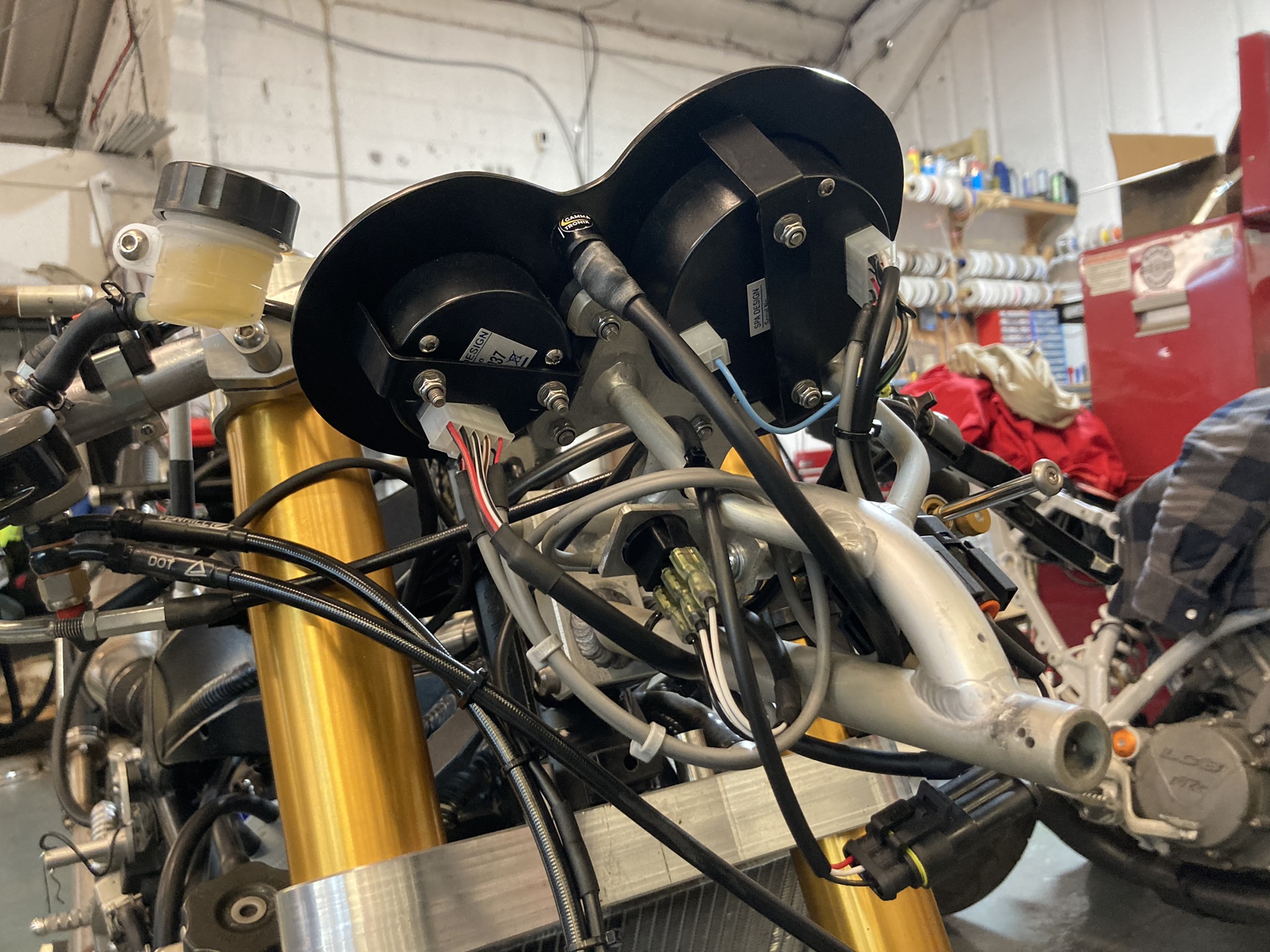 After some issues with stressed wires, I replaced the original SPA wiring with conventional cabling 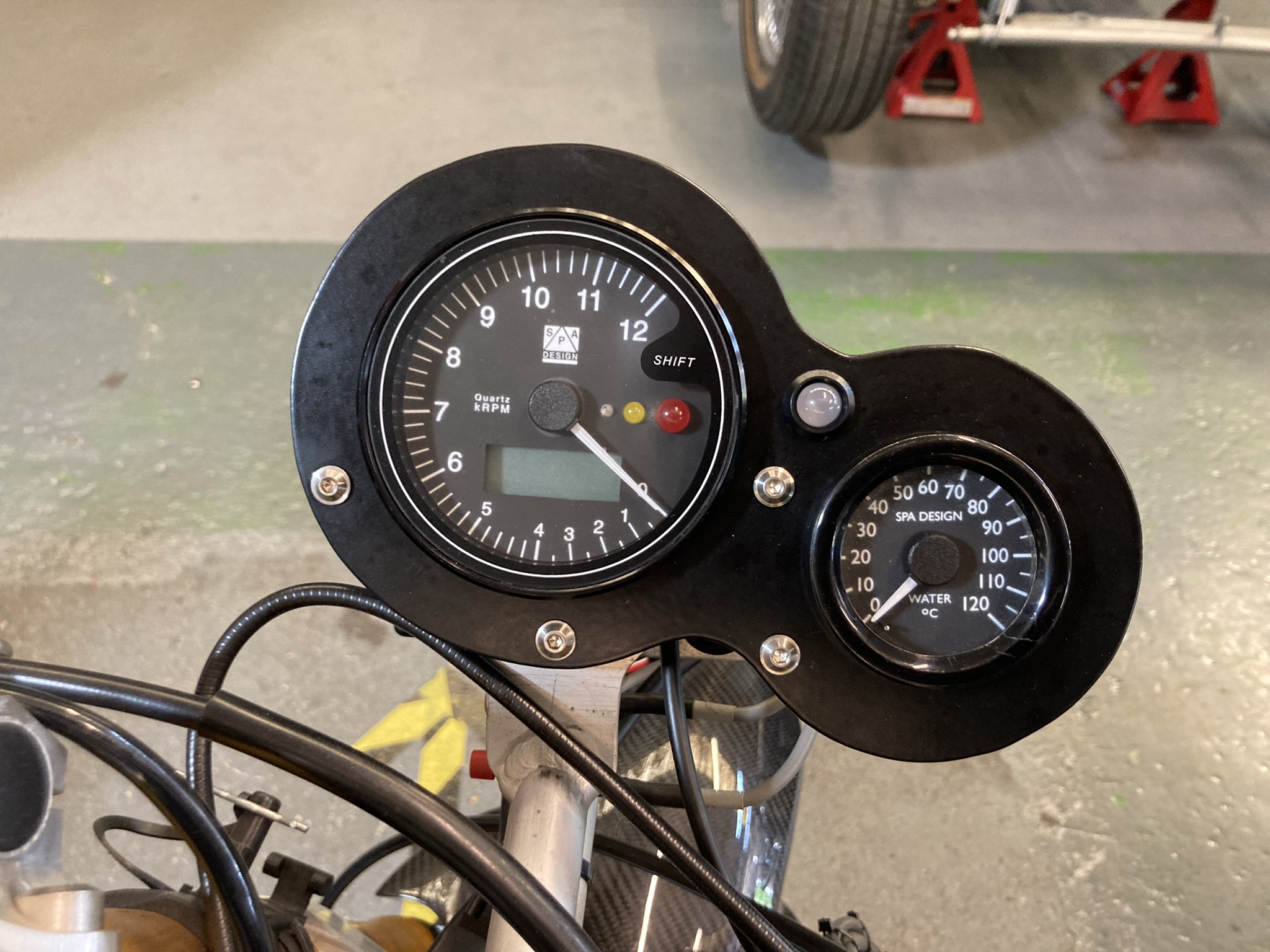 The white light between the clocks is new. It’s a charge indicator

A couple of years back Paul’s delicious RZ500 Yamaha was in for a new loom. Since then it’s done a few track days, and Paul has compiled a short list of changes to make the bike easier to use and work on. Namely:

1. An LED that shows whether the lithium battery is on charge.

2. Revised wiring for the SPA clock. Originally I had used the SPA cabling, but it set up stress points that exposed cables. I suspect this is why the bike was occasionally blowing a fuse at high rpm, as vibration momentarily connected them. Fresh cabling with conventional sleeve was a better solution.

3. A connector for the quick shifter system, to make it easier to fetch the gearchange off.

4. A switch to disconnect the tail and brake light for track days.

Paul took the bike on track to test the new mods but was thwarted by rain before he could be sure the fuse gremlin had been chased away. Such is life. Meanwhile, what a fabulous motorcycle. 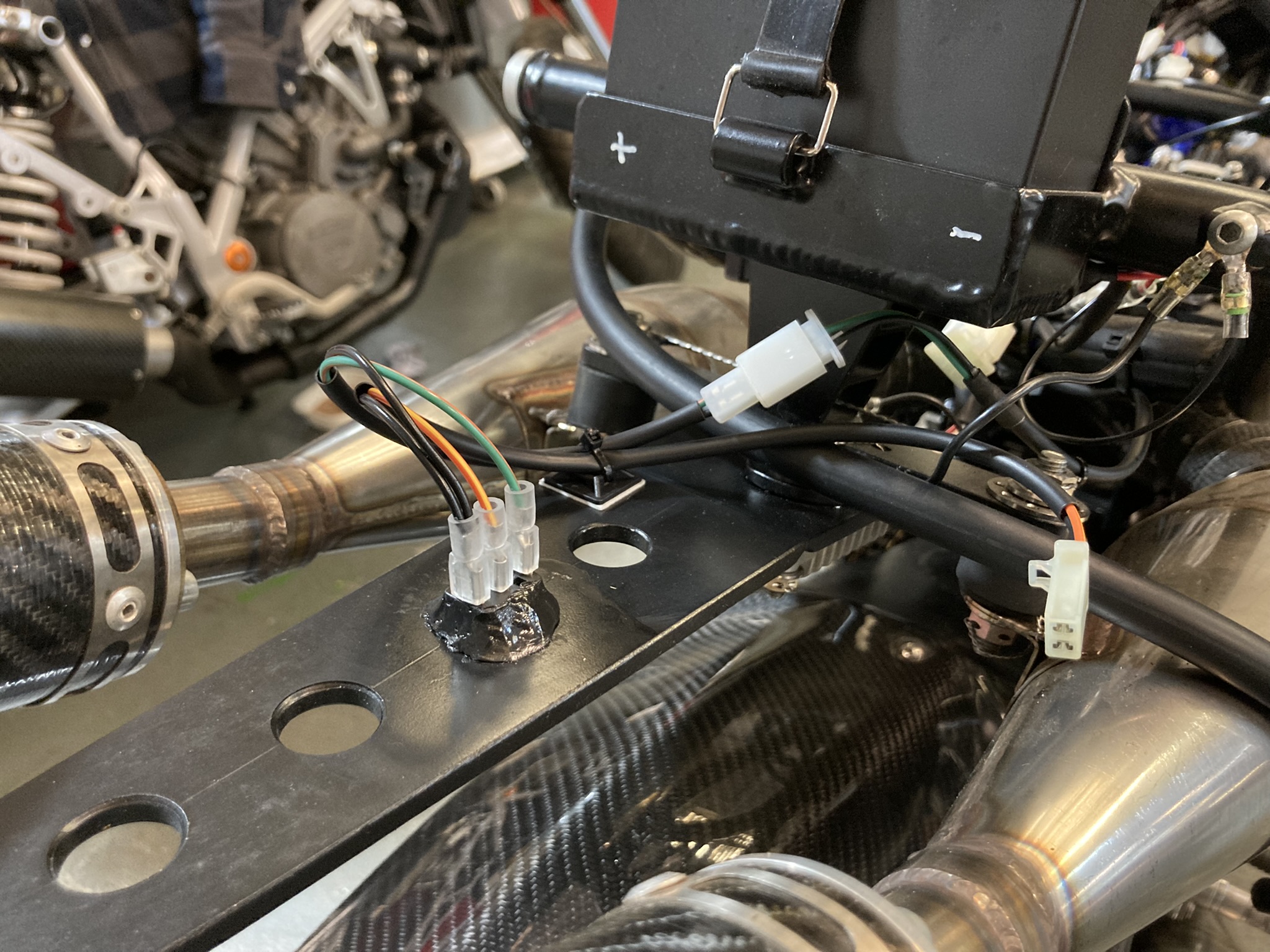 This doohickey, glued in with CT1, is an underseat brake light disconnector 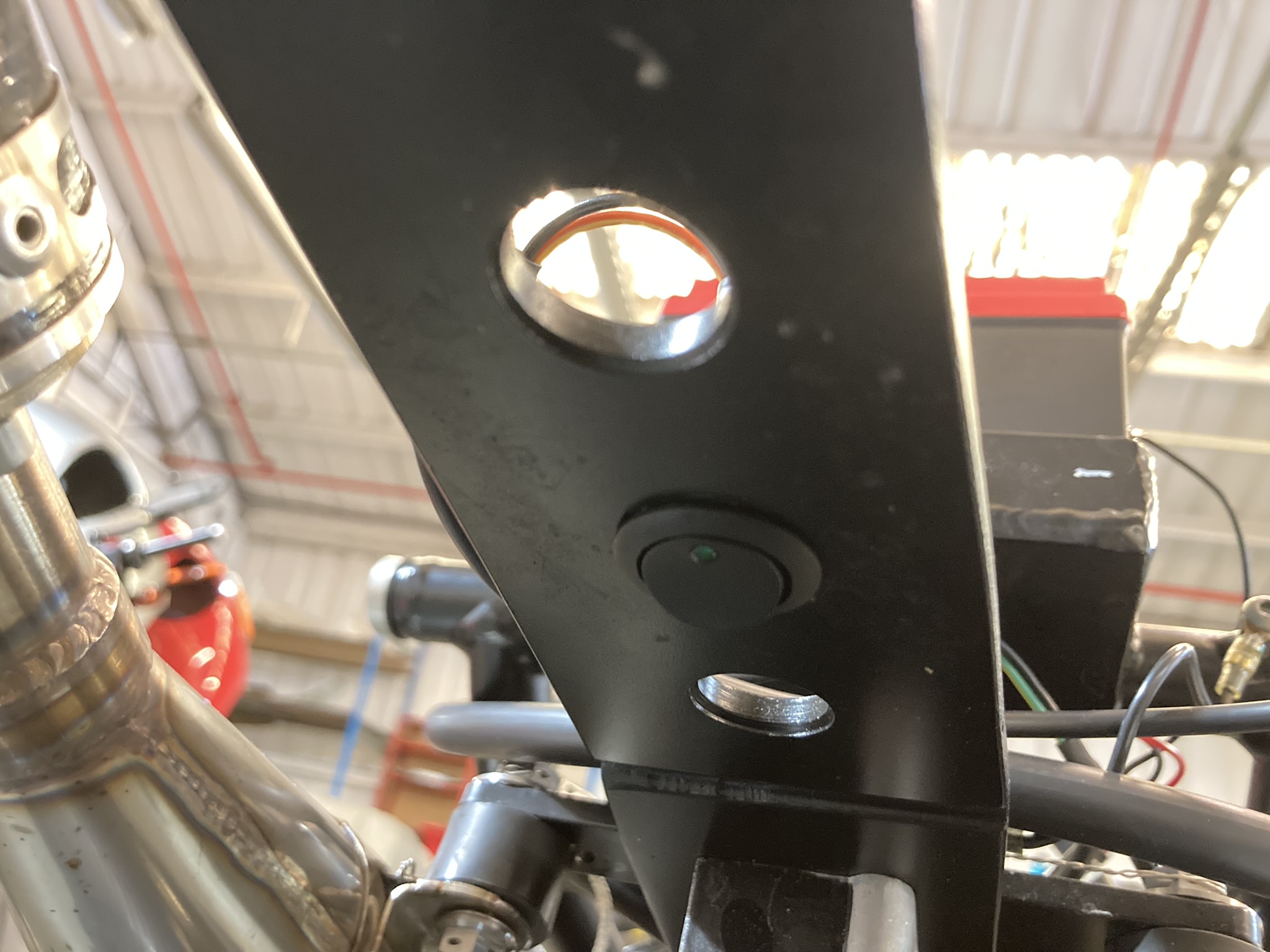 And from the underside… 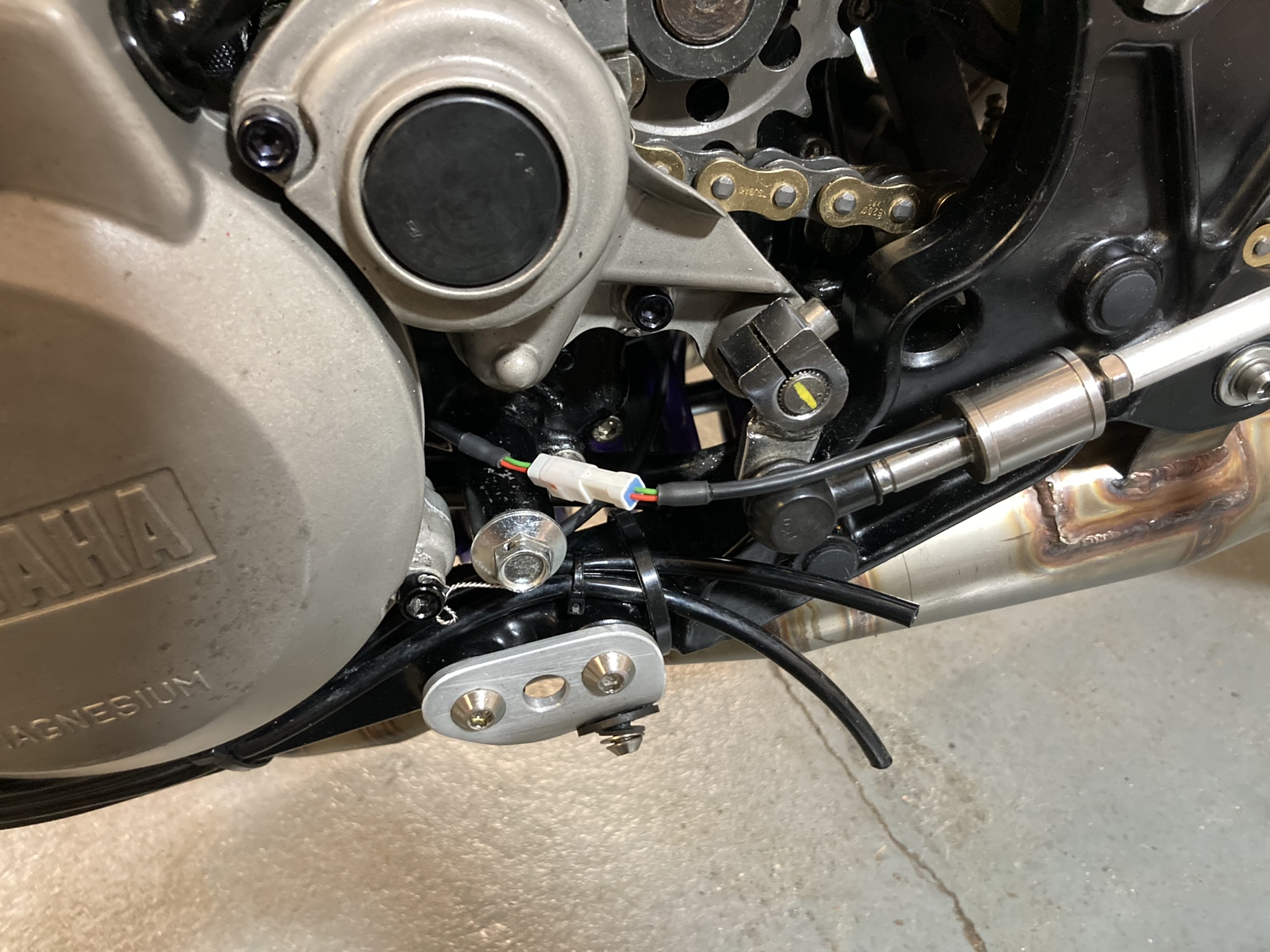 Paul also wanted a way to remove the gearshift easily. Hence the tiny connector plug on the quick shifter