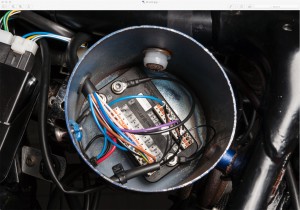 The M-Unit Blue takes signals from the switchgear and powers the lights. You can turn it on with your phone 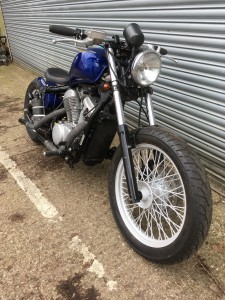 Meaner than a junkyard dog, and twice as skinny 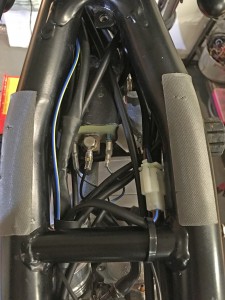 Here’s the loom behind the headstock: reasonably tidy 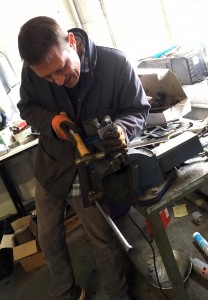 Lee had spent a while modifying his VT600 Shadow, and built his own loom which was scruffy but worked quite nicely. He’d gone down the Motogadget M-Unit route, with push-button switchgear. There was a problem with the engine though – no sparks. I started from scratch and drew a wiring diagram while fabricator Scott got on with making a box to hold the ignition unit behind the rear cylinder, and a battery cover. He also made the disc covering the throttle assembly between the V on the left side.

The loom build was tricky because the battery and reg rec are on the swing arm, so their connections needed enough slack to cope with the suspension movement. The tail unit wiring also needed to jump onto the seat area. In cases like this you can’t be as neat as you’d like, but it worked out. Things were pretty tight under the seat: We needed to cram in an ignition coil (with two HT leads), fuel pump, fuel filter, fuel lines (outward and return) starter solenoid and battery cables. The filter didn’t make it, and was transferred to a space under the tank.

Eventually came the big day and all was ready – but still no sparks. After much investigation it turned out to be a loose ignition trigger in the engine. Once that was refitted and torqued up the bike started behaving. It even ticked over, despite months of storage with old petrol in the carbs.

It’s certainly one of the trickiest builds this year, but a good challenge, and Lee was very pleased with the result. I like the bike a lot: it’s got a sense of humour. I really like the look of the wiring diagram too. They don’t all turn out that pretty. 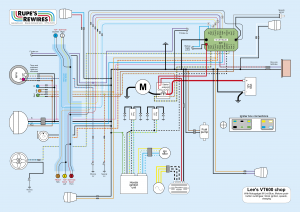 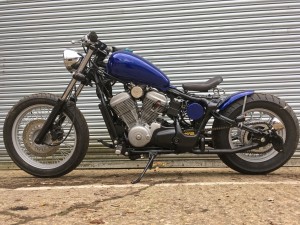 And here’s the whole point: low and lean 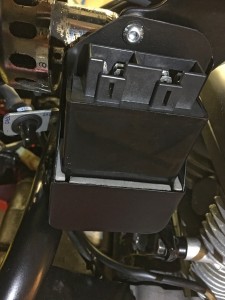 Here’s the ignition unit box, also made by Scott. Foam helps give the unit an easier time