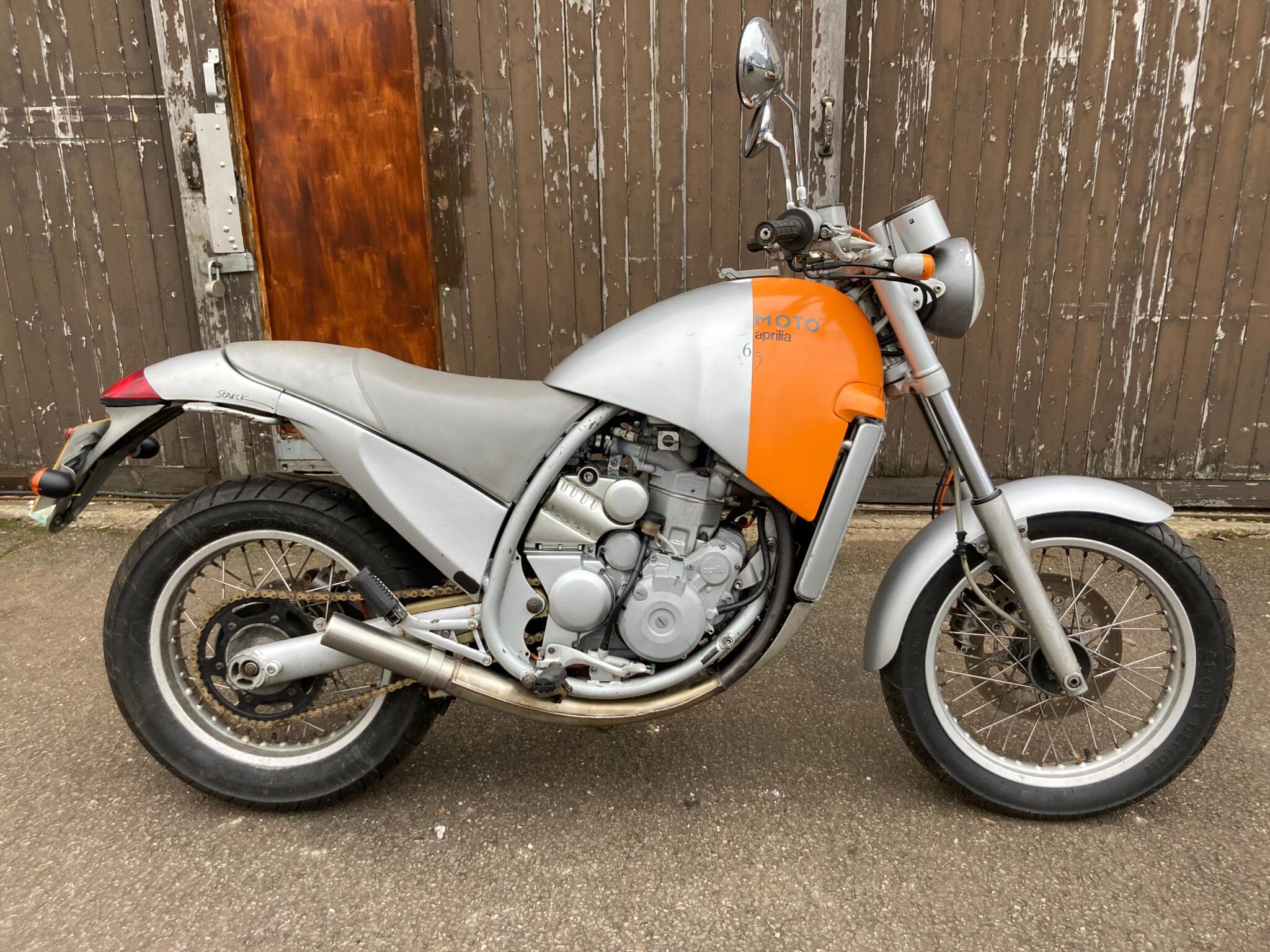 Philippe Starck found a new kind of look with the Moto 6.5. Obviously it’s Marmite. I quite like it 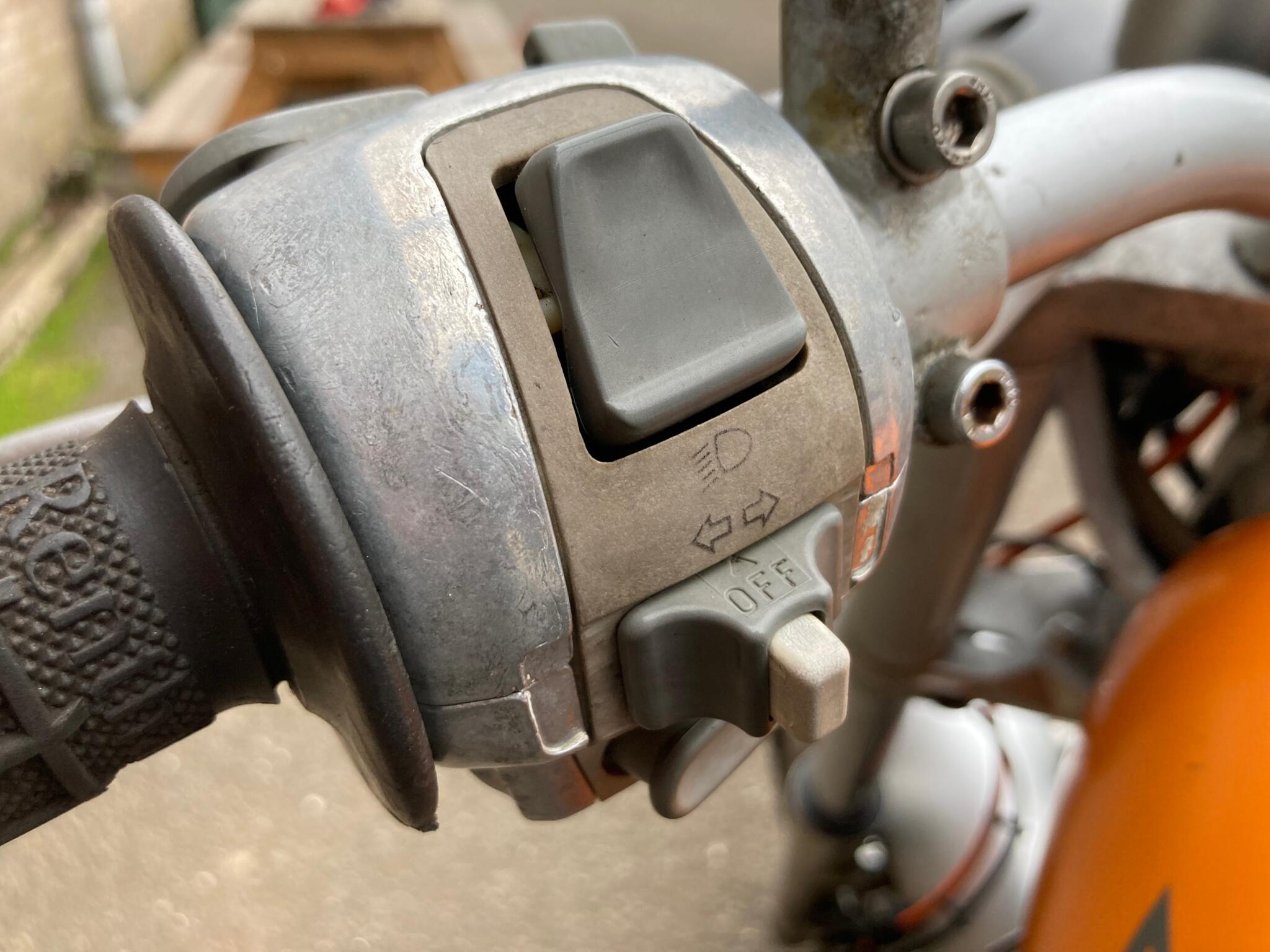 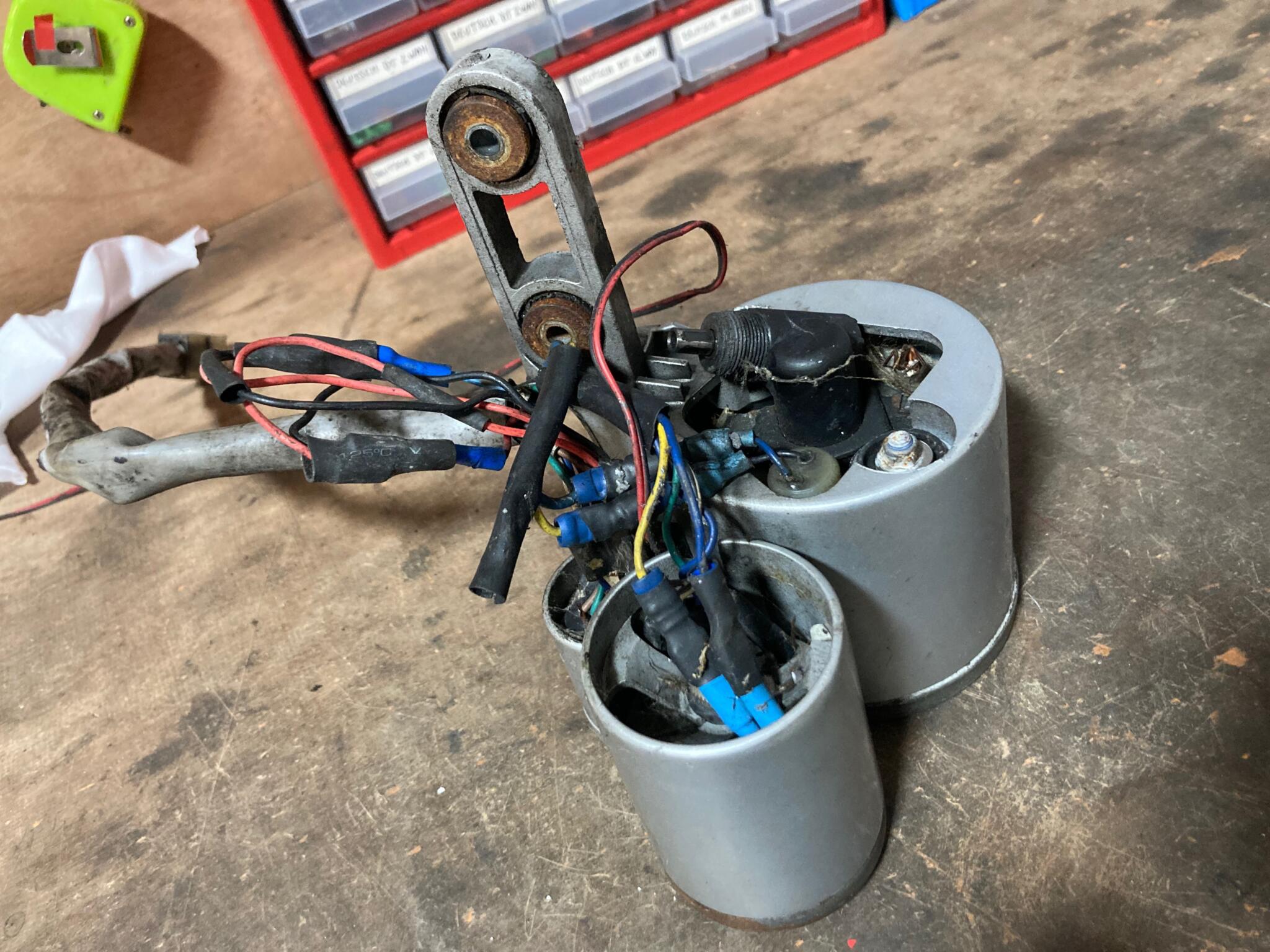 Just to give you a flavour of what it was like before, this is the underneath of the dash

For reasons unrelated to his affection for the bike, Colm’s Aprilia arrived in quite a shabby state. It had spent a long time in another bike shop, and before that had been well greased to survive an English winter. The battery was dead, and the electrics were, as Colm had warned, past their best. On the plus side it had good running gear, with recently rebuilt forks, and was very complete.

The Moto 6.5 is the only motorcycle designed by Phillip Starck, who was most famous for his tripod lemon squeezer. A mid-1990s 650 single, his sole motorcycle design shared its five-valve engine with the early Pegaso.

With no info on the Moto 6.5 available I used the Pegaso loom as a starting point. It turned out to be sort of similar, so I could make notes and draw a diagram without having to touch the revolting original loom too much. A bigger problem, once the bike was cleaned, was repairing the many enthusiastic electrical modifications inflicted by previous owners. This kind of work can take a long time; the switchgear needed ultrasonic cleaning, and almost everything else had to be rewired or repaired.

Once that was done the loom could go on. Like other Aprilias I’ve worked on, the loom went all the way down one side and half way back the other. It’s unusual, but it works. The Moto 6.5 has its own oddities too: the headlight is vertically split, and the deep side panels and tank leave lots of room for electrical gubbins.

It was a real pleasure to fire the 650 up after such a long sleep, and potter round the marina to check it all felt fine. Although the bike has a few scuffs, it’s in good order throughout and with a bit of paint and polish should last a long while now. 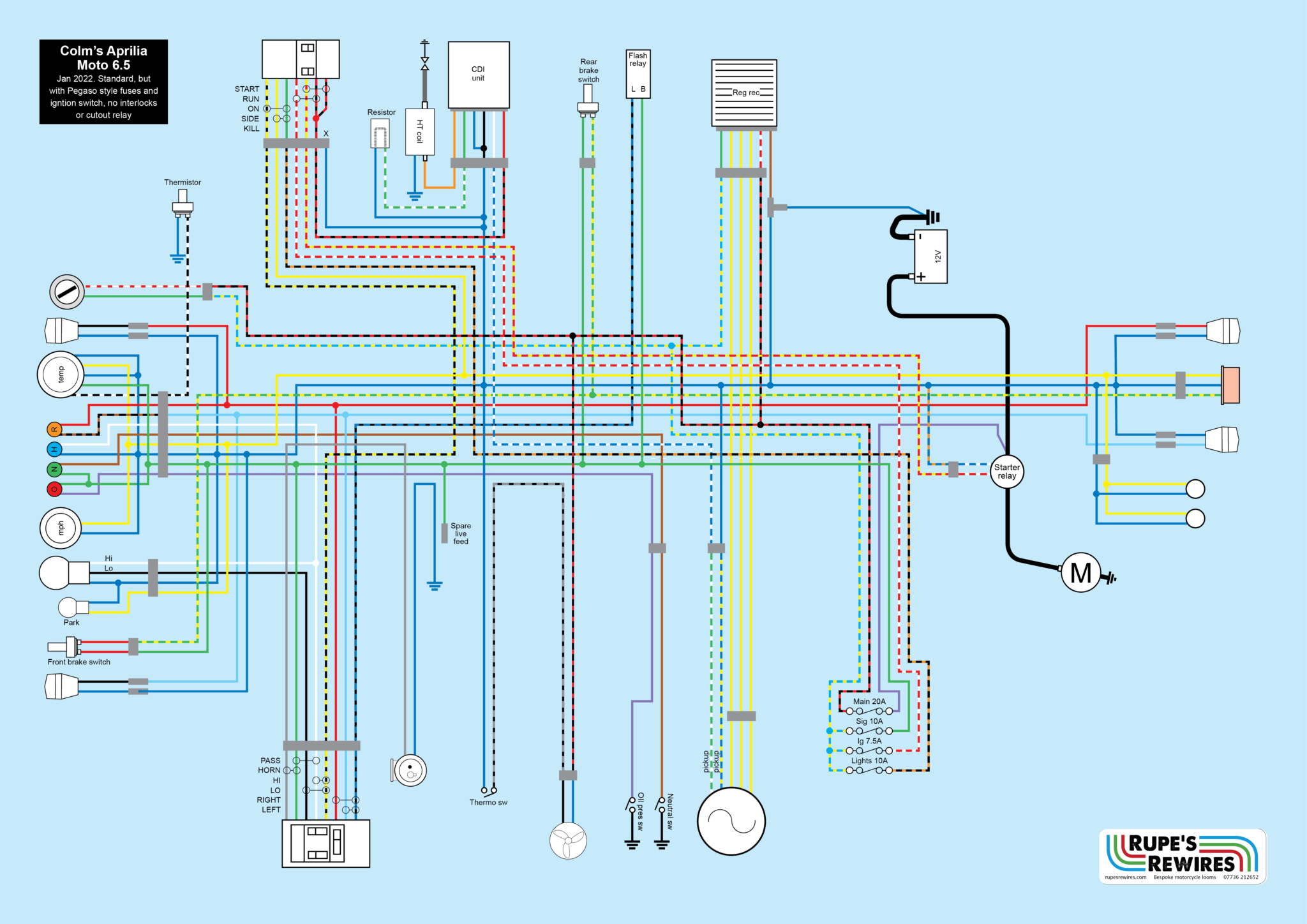 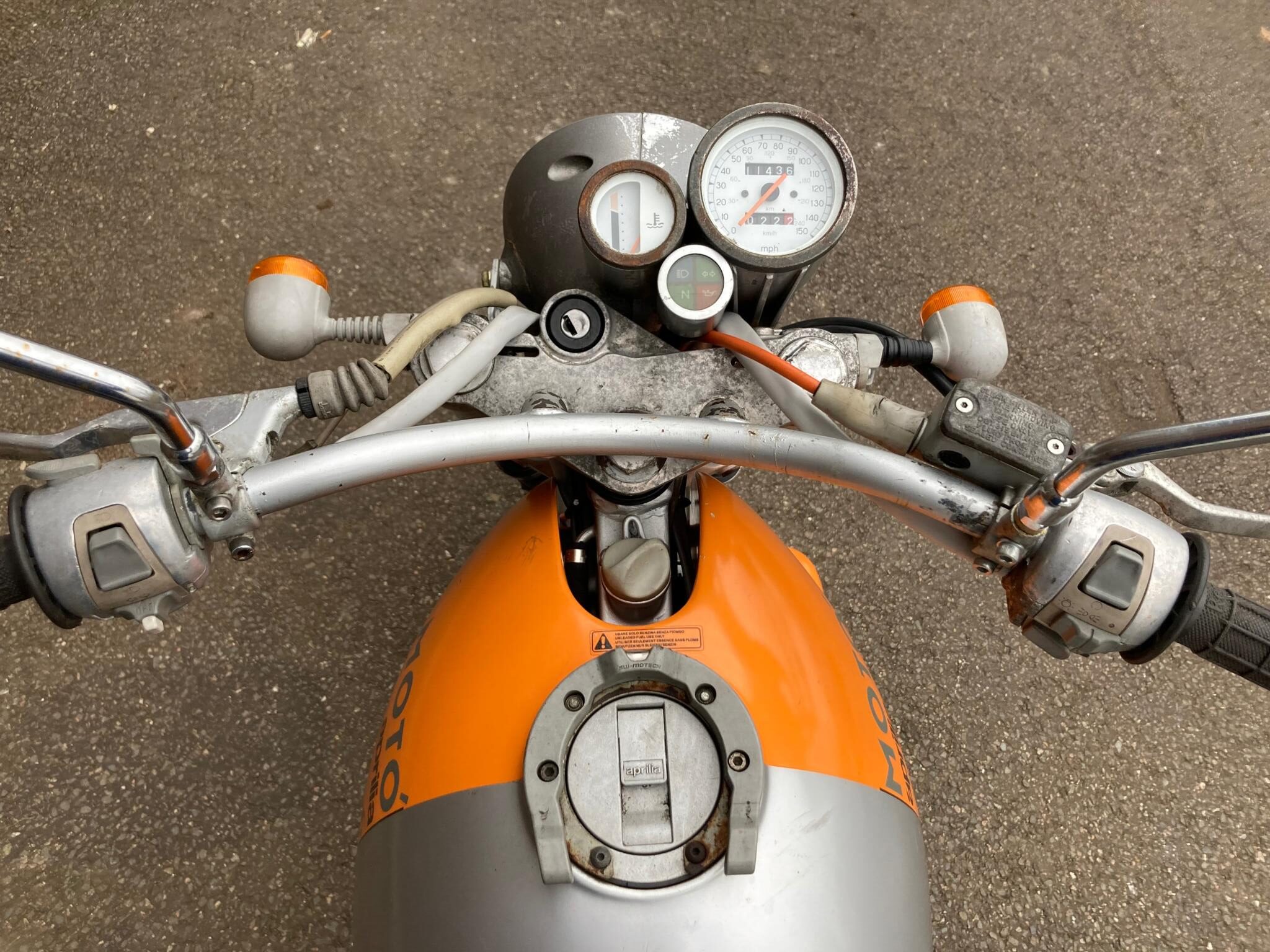 The top yoke and the clock surround have seen a winter or two, but everything works 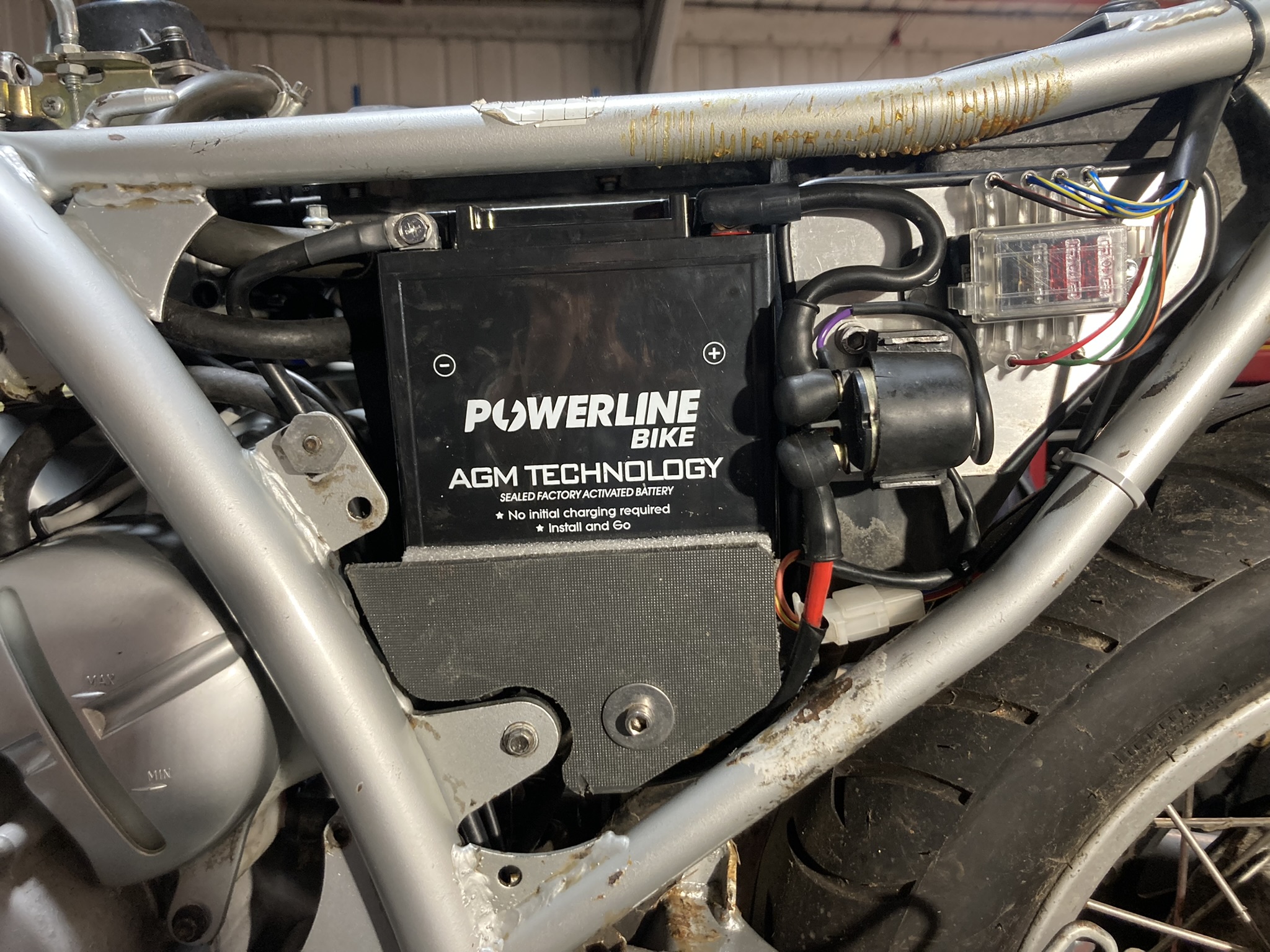